The chic illustrator is among the few who have experienced the magic of couture firsthand. 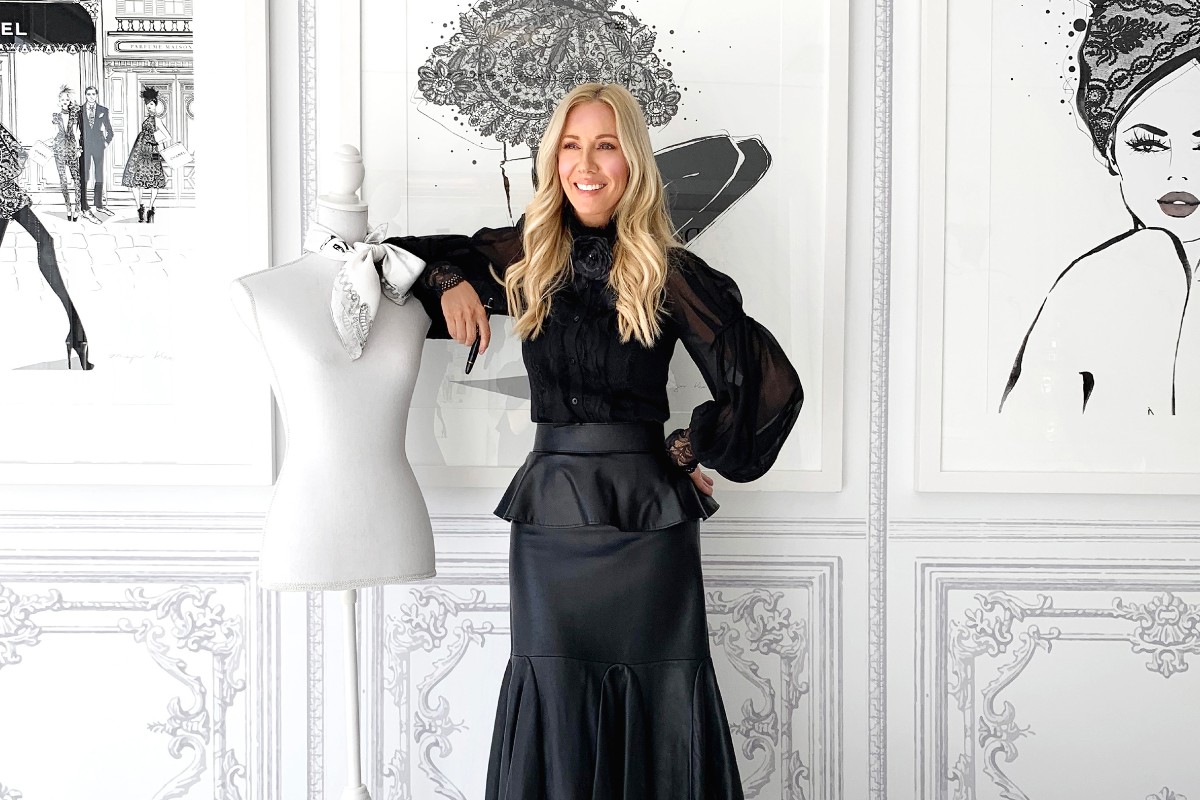 Haute couture is an exclusive world of mystery delicately entwined with classic ateliers filled with leading designers crafting one-of-a-kind garments. Rarely do the champions of couture open their doors, but Megan Hess is among the rare few who have experienced the glamour and is willing to share.

Having worked with the most luxurious of brands from Chanel and Dior to Prada and Louis Vuitton, the stylish illustrator sat down with The CEO Magazine to share a glimpse of the alluring invite-only world.

From first falling in love with haute couture after watching Audrey Hepburn in the iconic black Hubert de Givenchy gown in Breakfast at Tiffany’s to sitting front row at fashion shows sketching exquisite designs, Megan has been enchanted by couture for decades.

“The world of couture and ateliers is as magical as it is mysterious,” she says. “I’ve always thought of it as a beautiful art form especially as it’s very much created by hand.

“I have enormous respect for the countless couturiers who have spent years honing their skills to create bespoke garments. It’s truly like watching a sculptor or painter building a work of art.”

Famed for her flawless watercolour fashion illustrations, Megan too has been honing her craft over the years – whether sketching a new collection in complete darkness at live fashion shows surrounded by flashing lights and models, or sitting in her idyllic studio that drips in hues of pearl, gold and rose.

While the chic illustrator can now venture out from the comfort and tranquility of her studio to present bold ideas to some of the industry’s most prestigious names, it hasn’t always been easy. “I’m quite shy and introverted by nature and at the beginning of my career it really held me back,” Megan shares. “The big, ‘What if I fail?’ always got in the way of moving forward.

“I finally made that big leap of presenting a big idea that I was passionate about. The presentation landed flat and it didn’t go ahead. I realised what you gain from failure and that it was always the ignition to get there by a better path.

“I’m proud that today I get excited and confidently walk into a room to present my idea without fearing the outcome.”

After an early career in graphic design, Megan went on to illustrate The New York Times bestseller Sex and The City and portraits for TIME magazine, sending her on a path to global success.

“Couture is just so special…the unspoken rules of what goes on behind the scenes is fascinating to me.” – Megan Hess

Having illustrated portraits for Michelle Obama, Gwyneth Paltrow, Cate Blanchett and Nicole Kidman as well as writing and illustrating 11 books including her popular children’s book Claris: The Chicest Mouse in Paris, the artist continues to attract worldwide recognition by simply staying true to herself.

“It’s an ever-changing world and so too are the images that people draw and the messages that they convey,” Megan says. “Illustration has become more appreciated for its very raw and intimate look.

“With the rapid evolution of technology, accessibility to most things and the world being more mass produced, I hope that anything handcrafted – such as an illustration – will become more valuable in terms of the creative process and outcome.

“It feels more personal and bespoke. It’s a more intimate way of communicating.”

Just as illustrations are handcrafted treasures, so too is couture. And it’s this synergy between Megan’s work and haute couture that’s explored beautifully in the artist’s new book – The Illustrated World of Couture.

As her “love letter to the fairytale industry”, the Australian creator united her two passions by sharing her intriguing insights behind the beguiling art form with vogueish sketches. “Couture is just so special because there are very few pieces and each one is incredibly crafted,” Megan tells The CEO Magazine. “It is all extremely private and the unspoken rules of what goes on behind the scenes is fascinating to me.”

After pondering the idea for years, Megan spent a year putting her Montblanc pen ‘Monty’ to paper to produce the elegant book – complete with gilding.

“The world of couture and ateliers is as magical as it is mysterious.” – Megan Hess

Representing the pinnacle of fashion, one-of-a-kind haute couture pieces are true labours of love. Each collection takes hundreds of hours of work by different people – master couturiers, petites mains (artisans such as seamstresses), pattern-makers and models. Capturing the incredible detail and craftsmanship in an illustration is a huge challenge, and one Megan relishes in.

“I always love knowing the story behind a piece of couture because it makes it so much more enchanting to try and read the treads and embellishments as if they were clues to the plot,” she says. “Ultimately, a piece of couture is a work of art and I really try to capture not only the details but also the emotion of the piece within my illustration.”

Although closely guarded, it’s believed there are about 4,000 couture clients globally with popularity across the Middle East, China and Russia. During the golden age of the 1950s, it’s thought the client list was around 20,000.

Traditionally showcased at intimate runways in Europe, the craft has crossed international waters, once landing Megan at a wedding in the Middle East.

“It was an incredible sight to see,” the author wrote in The Illustrated World of Couture. “The women’s room was dripping in amazing haute couture.

“With some Arab wedding celebrations lasting many days and requiring many different dresses it’s no wonder couture designers are in such demand in that part of the world.” The overflowing fast-fashion industry is a detriment to the fine craftsmanship of haute couture. While very few can afford intricate garments, there is a loss of appreciation for fine fashion thanks to low-quality, ultra-cheap clothing.

“Fast fashion is everywhere, and its short shelf life isn’t helping anyone,” Megan explains. “Of course, only a very few can actually afford couture, but I do believe strongly in the land in between – buying less pieces and choosing well-made items that you’ll wear forever.”

But as much as luxury brands play by their own rules, they still play a part in setting the standard for the fashion industry.

“I hope that anything handcrafted – such as an illustration – will become more valuable in terms of the creative process and outcome.” – Megan Hess

Not only do maisons shape the next season of style, they also address important issues within society and seek cultural change.

“I think many of the big fashion houses, especially Dior, have become very good at tapping into what is actually happening in the world and creatively showing that through their collections,” Megan reflects. “I think fashion can actually be quite powerful in delivering a message and making a stand on important issues. It works because it’s often beautiful and yet disarming.

“The great thing about a creative path is that there are no rules and there are no limits to what you can do or achieve.”