Chanel has released an exclusive A$43,800 chest of bags

Because one is never enough. 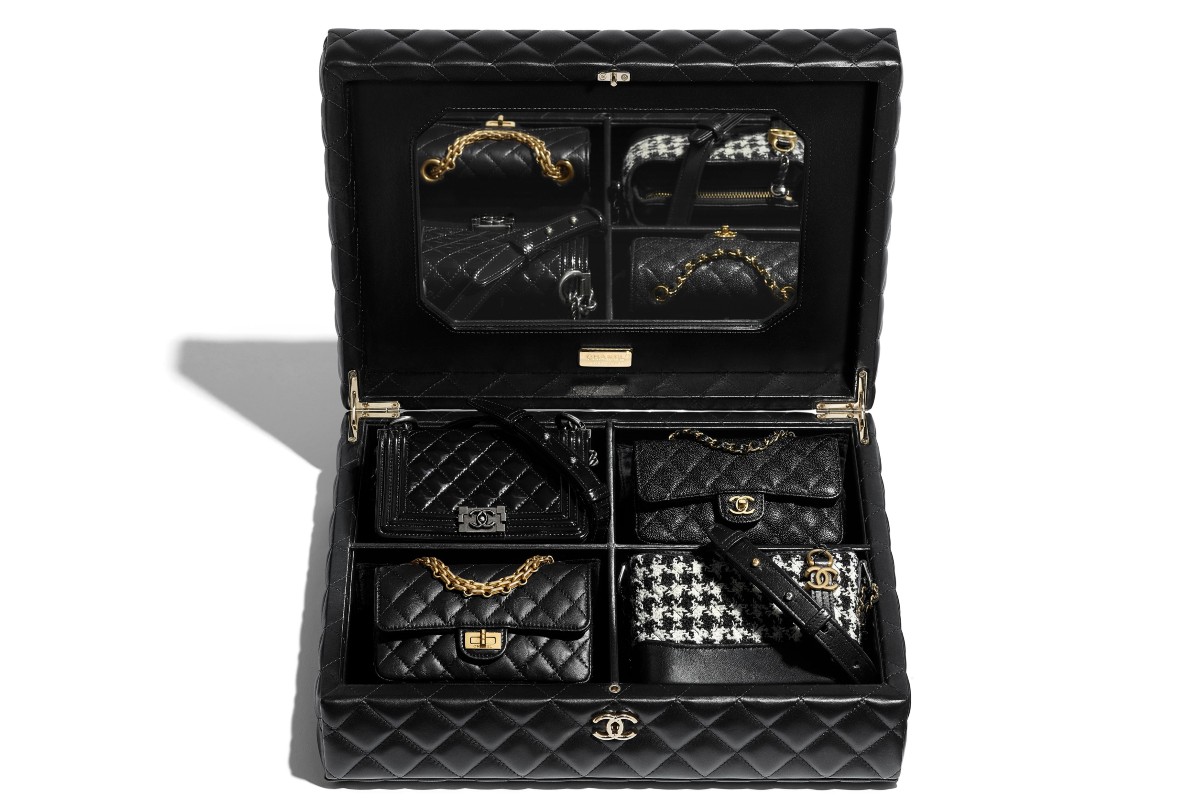 There is no such thing as too much Chanel, and doesn’t the brand know it.

The luxury French House has released an exclusive chest of leather goods, complete with not one, but four mini Chanel bags.

Safely preserved from dust, four of the Maison’s most adored bags are neatly tucked away in a leather, quilted treasure box accessible with a key.

Whether you’re a fan of lambskin or calfskin leather, tweed, gold tones or ruthenium-finished metal, there is something for every occasion.

Among the stars of the collectable mini handbags, which is part of the 2019/20 Métiers d’Art Collection, is the quintessential 2.55 handbag – first created by Founder Gabrielle ‘Coco’ Chanel herself.

The singular rectangular shaped bag was launched in February 1955 and has cemented itself as a Maison staple. Inspired by the equestrian spirit that Gabrielle Chanel loved, the quilted texture is timeless while the ‘Mademoiselle’ turn lock is linear, whether it’s opened or closed. 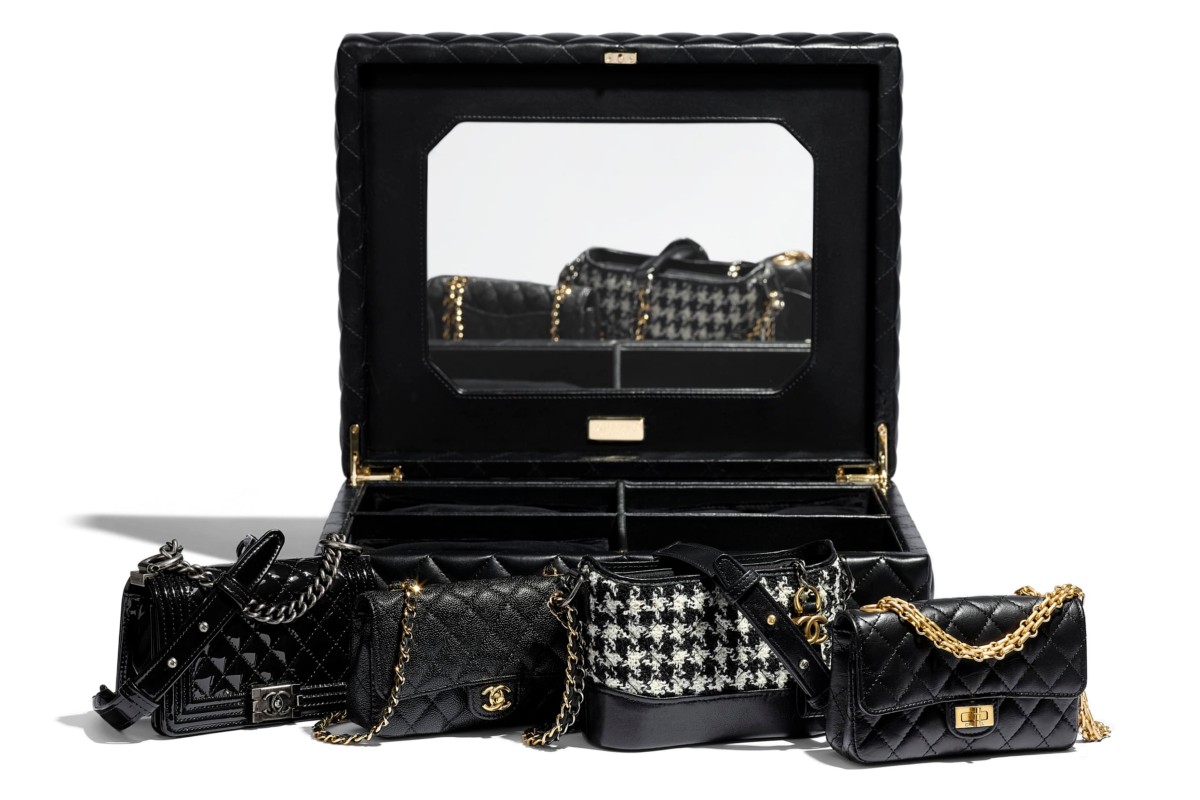 As a nod to Coco Chanel 1960 pink tweed suit – which had a tie-dyed lining in black, blue, pink and mauve – tie-dye has been incorporated on the braids of the 11.12 handbag, which is a reinterpretation of the 2.55 icon.

It would not be a true Chanel collection without including the Gabrielle bag. Designed by Lagerfeld, the handbag pays homage to the spirit of the fearless Maison founder. Double metal chains, contrasting structure and a statement CC jewel makes for a bold accessory.

To complete the treasurable set, nothing would fit more perfectly than a Boy Chanel handbag. Created by Lagerfeld, the sleek bag is a tribute to Coco Chanel’s first love Boy Capel.

Both the Gabrielle and Boy Chanel pieces have been transformed into miniature bags that can be worn as jewellery.

“There is a sort of simplicity in going back to Chanel’s ABC.” – Virginie Viard

The case of bags is part of the contemporary collection featuring elegant jumpsuits made of tweed so fine it’s as supple as knitwear, short suit jackets and low-waisted skirts.

Chanel Creative Director Virginie Viard explained she wanted to stay in Paris rather than spending time on long-haul flights for the fashion event in December. As a result, the 2019/20 Métiers d’Art Collection was showcased at the Grand Palais.

“There is a sort of simplicity in going back to Chanel’s ABC,” Virginie Viard says. “We don’t need to do too much.

“And then there are the codes invented by Gabrielle Chanel and made sublime by Karl Lagerfeld, which I like mixing up too. I like the idea of a patchwork.

“I always question the context, which has nothing to do with the way we lived decades ago: what would a woman like today? How would she wear it?”