In the kitchen with French icon Thierry Marx. 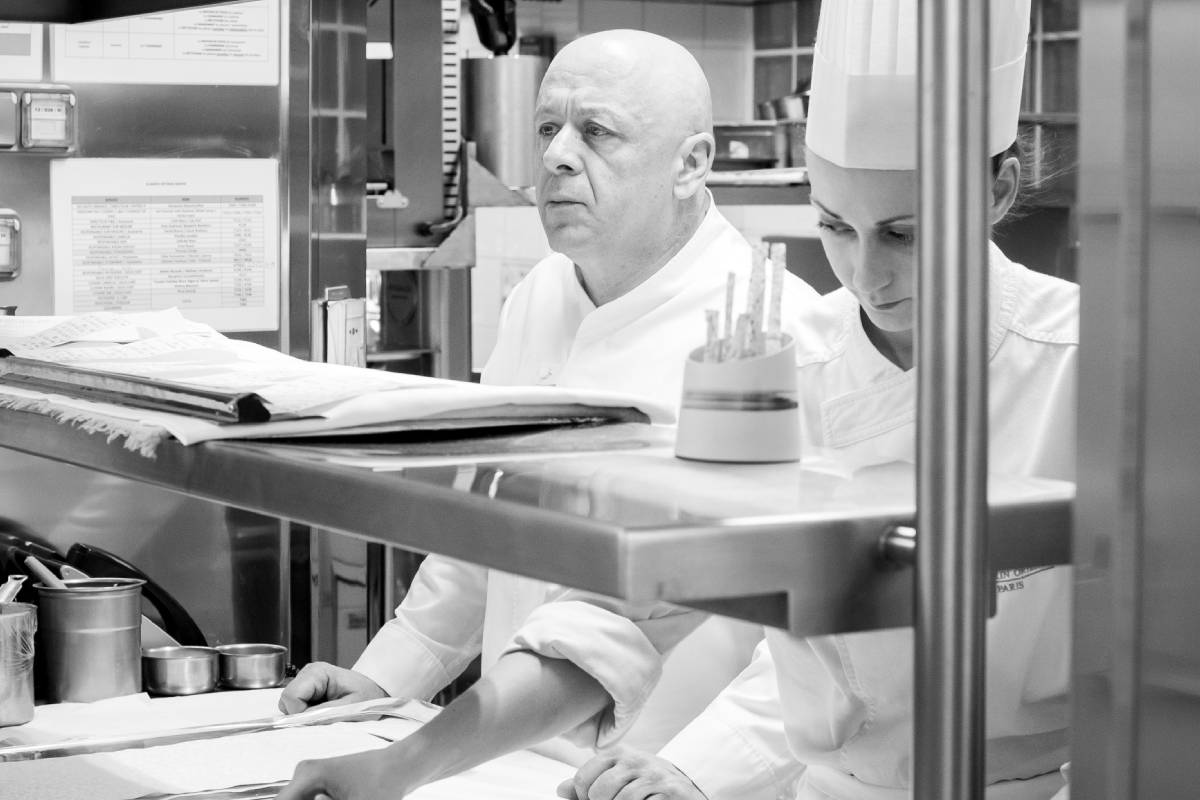 Thierry Marx is a two-Michelin-starred chef, with 16 publications under his belt, 12 restaurants in France and Japan, 12 cooking schools and five bakeries. Marx could also be described as a passionate entrepreneur, employing more than 400 people. And perhaps most significant of all, he is a philanthropist, serving his community and sharing his expertise via a free culinary training course to help those who are out of work to regain hope and skills for employment.

The prestigious French chef is renowned for his molecular gastronomy and was trained by the likes of Claude Deligne, Joël Robuchon and Alain Chapel. His first Michelin star was awarded more than 30 years ago, in 1988, at Roc en Val in Tours. Another star followed in 1991 at Cheval Blanc in Nîmes, followed by two Michelin stars in 1999 at Château Cordeillan-Bages in Médoc. In 2006, he was recognised as Chef of the Year. Since 2010, he has been running the the two-Michelin-starred Sur Mesure and Camélia at the Mandarin Oriental, Paris. Notably, his first gastronomic venture in the French capital earned him another two Michelin stars.

“The kitchen is the social bond, a link with the living. The day there is no more cooking is the day there will be no more emotion,” – Thierry Marx

In 2013, Marx was decorated with the highest French order of merit, the Knight of the Legion of Honour. “The kitchen is the social bond, a link with the living. The day there is no more cooking is the day there will be no more emotion,” says Marx.

Over the years, Marx has opened several fast-casual diners in France, including La Plage and Pan Garni at Nice airport, La Villa in Lyon, L’Étoile du Nord at Gare du Nord train station and Teppan at Charles de Gaulle airport in Paris. The newbie on the block is Marxito. This healthy street-food restaurant is inspired by Japanese dorayaki pancakes, which are made with buckwheat flour from Brittany. In Japan, on the seventh floor of Tokyo’s landmark building, Ginza Place, is Bistro Marx, which serves casual, classic French cuisine, alongside the neighbouring Thierry Marx Restaurant, a more innovative fine-dining option.

Venturing into his kitchen, Marx’s respect for silence is evident. He says it emerges from daily moments of mindfulness. The silence allows him to listen, to put some time between his emotions and his actions. The complexity of a service in his two-Michelin-starred kitchen is seen in the compression of time; his brigade has two hours to satisfy 50 clients, so obviously significant pressure prevails.

Marx translates his technical skills into operational reality, leading by example and displaying a composed serenity. The ruling silence calls for thoughtful communication and minimum strain on his team, resulting in culinary masterpieces with his stamp of approval. 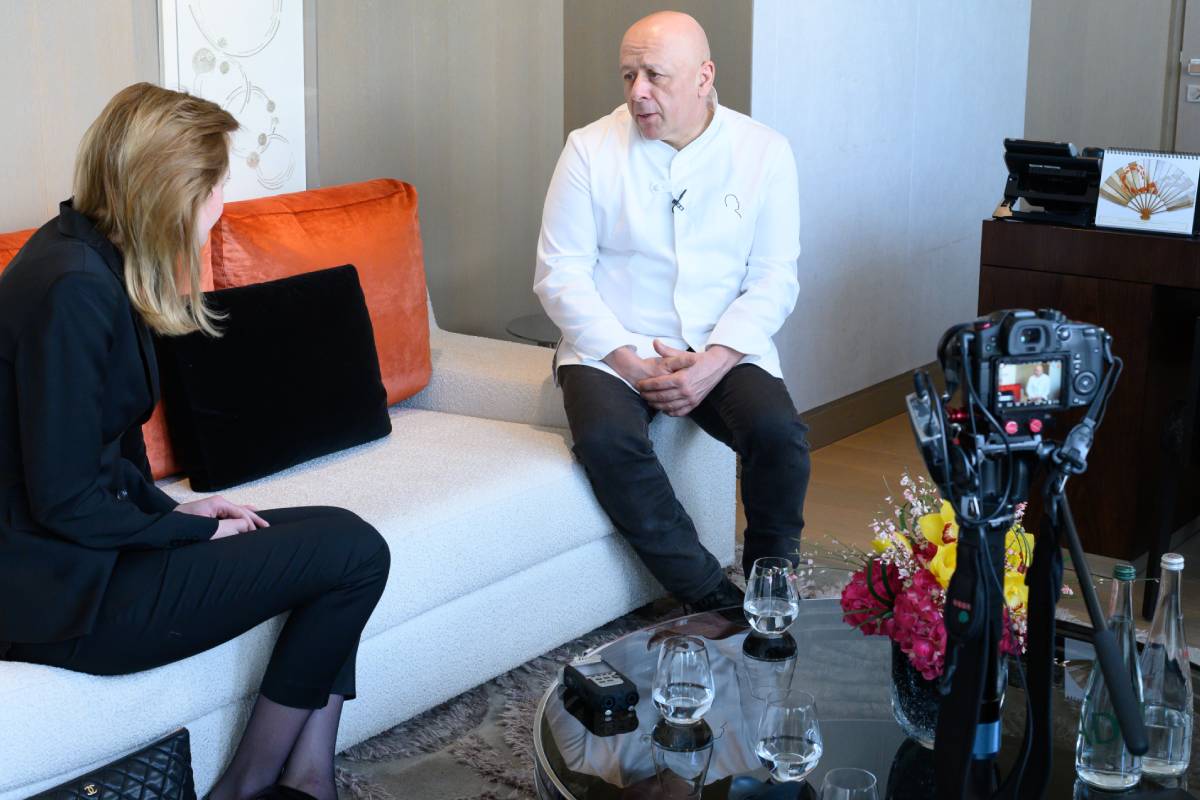 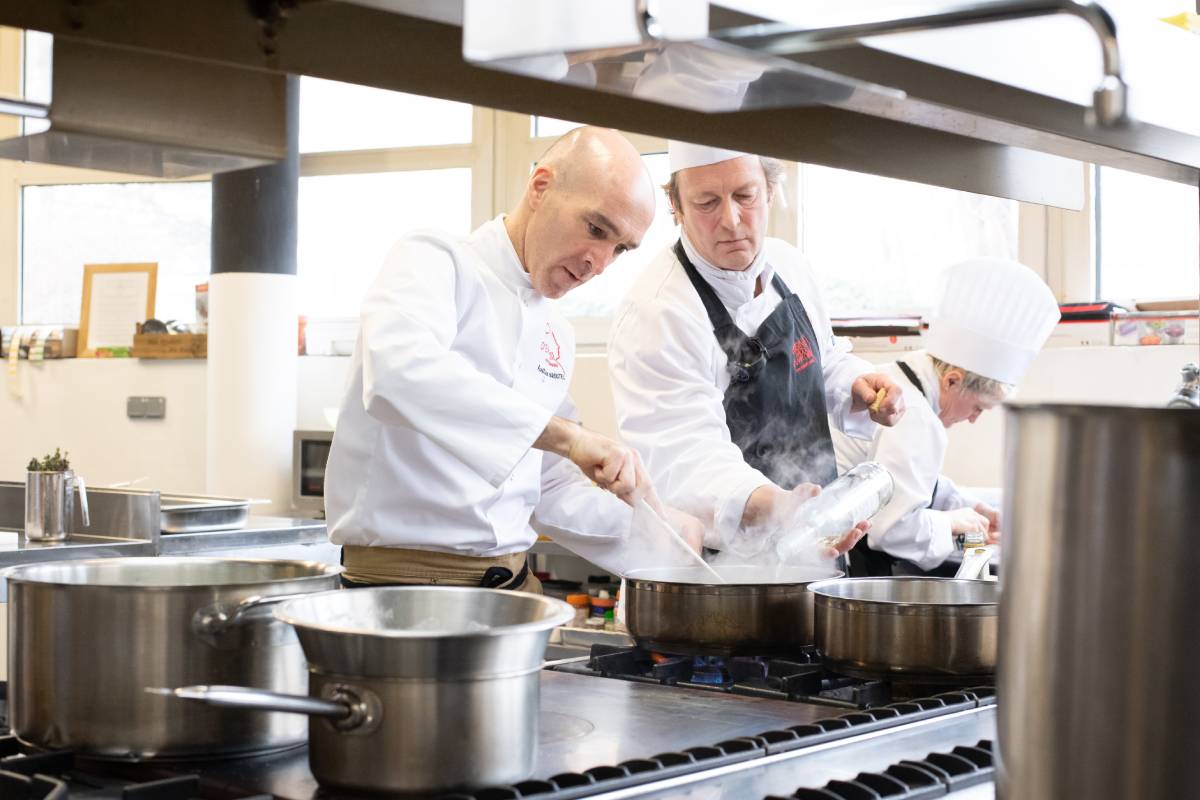 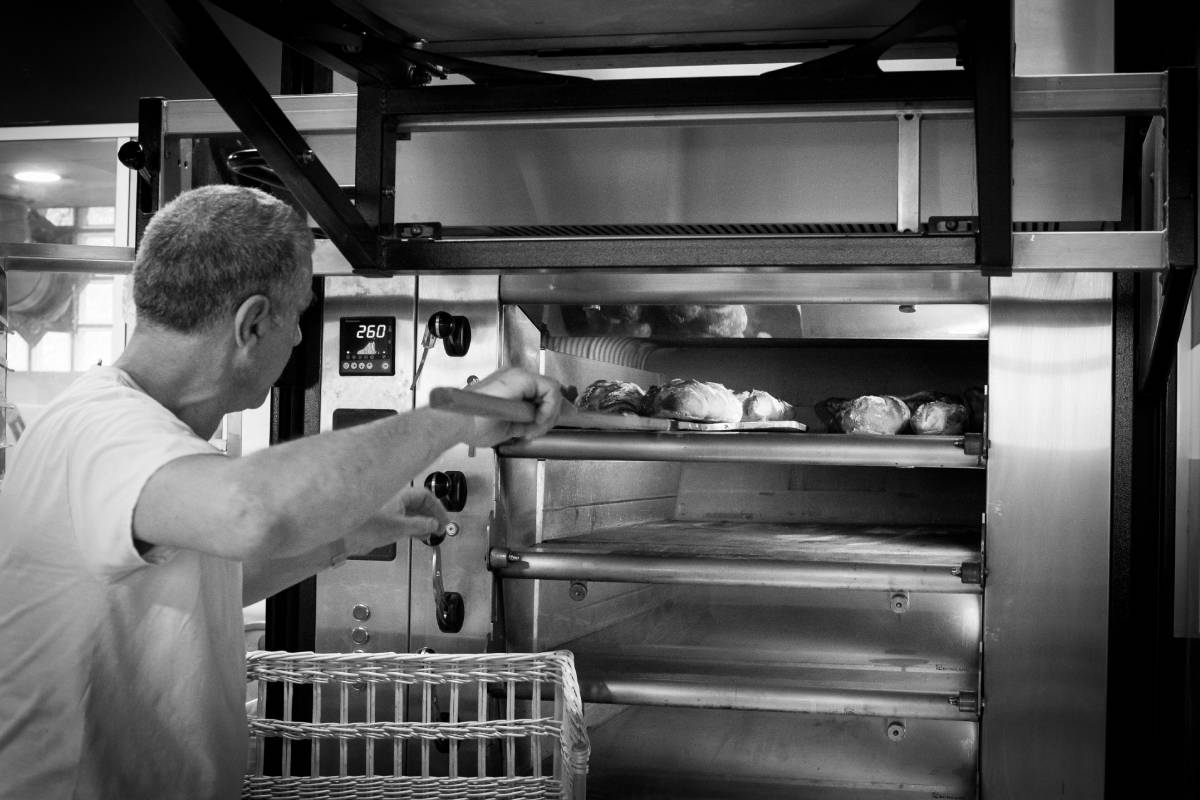 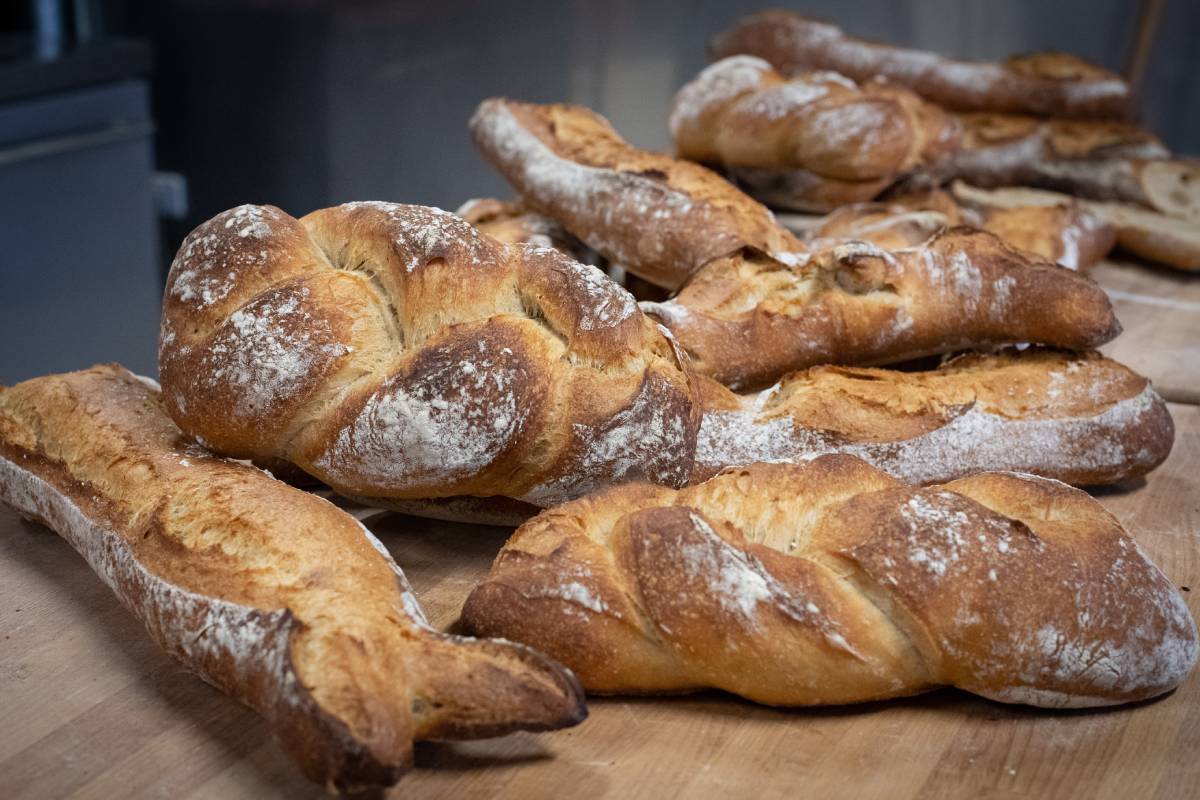 What makes a great leader is someone who values and protects others. Marx defines his strength as being able to lead a team that is with each other and not against each other.

“I always say to my young collaborators, if you want to command, it’s pretty simple – leading by example is the only proof of authority,”- Marx

Your food is your identity, he continues. And if someone doesn’t like your food, you should be able to defend it – by not cheating with the product or the price. “I say the same thing to my shopkeepers… You should be able to explain that you chose this flour because it was made by a master craftsman, and how you feel about it.”

Marx’s cooking schools are free of charge to unemployed people, with the aim of rapid upskilling. The schools include training in cooking, baking and table service, and offer students a chance to thrive in their community. All students graduate after eight weeks of intense drilling, with a recognised qualification in hand and the prospect of a job to look forward to. Many graduates go on to open their own businesses. 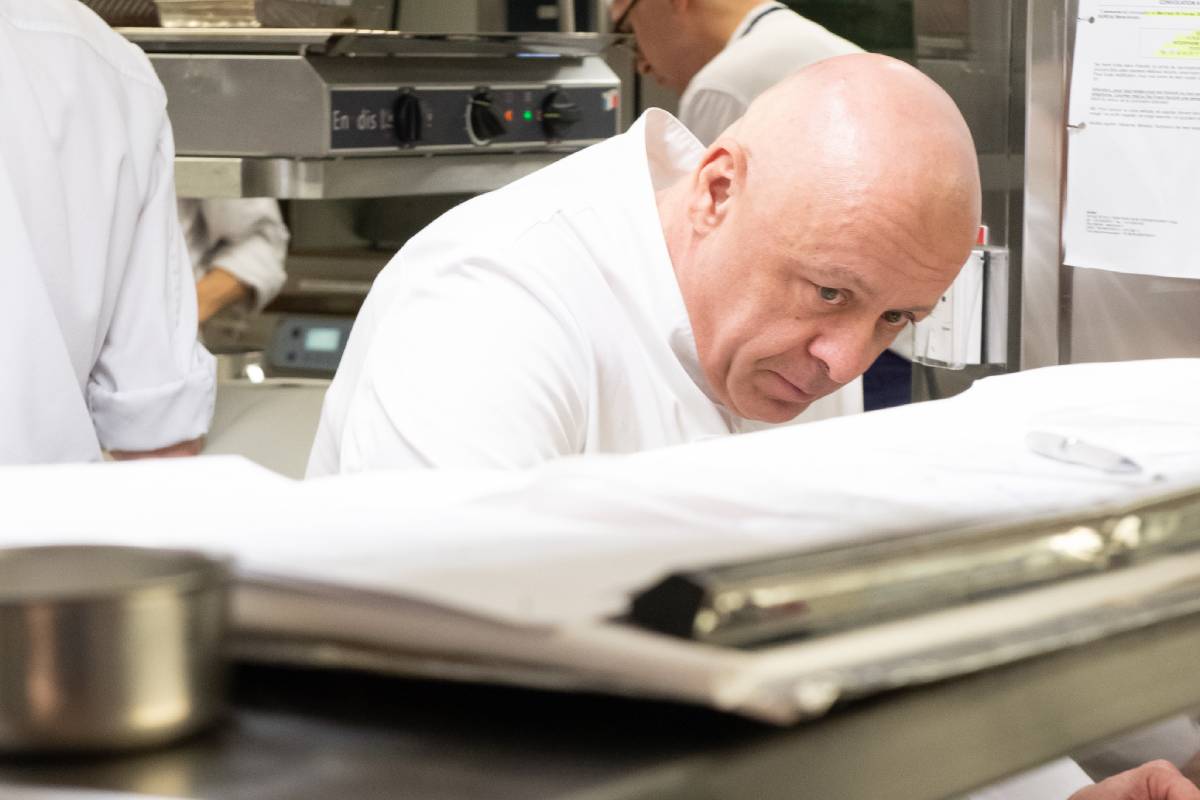 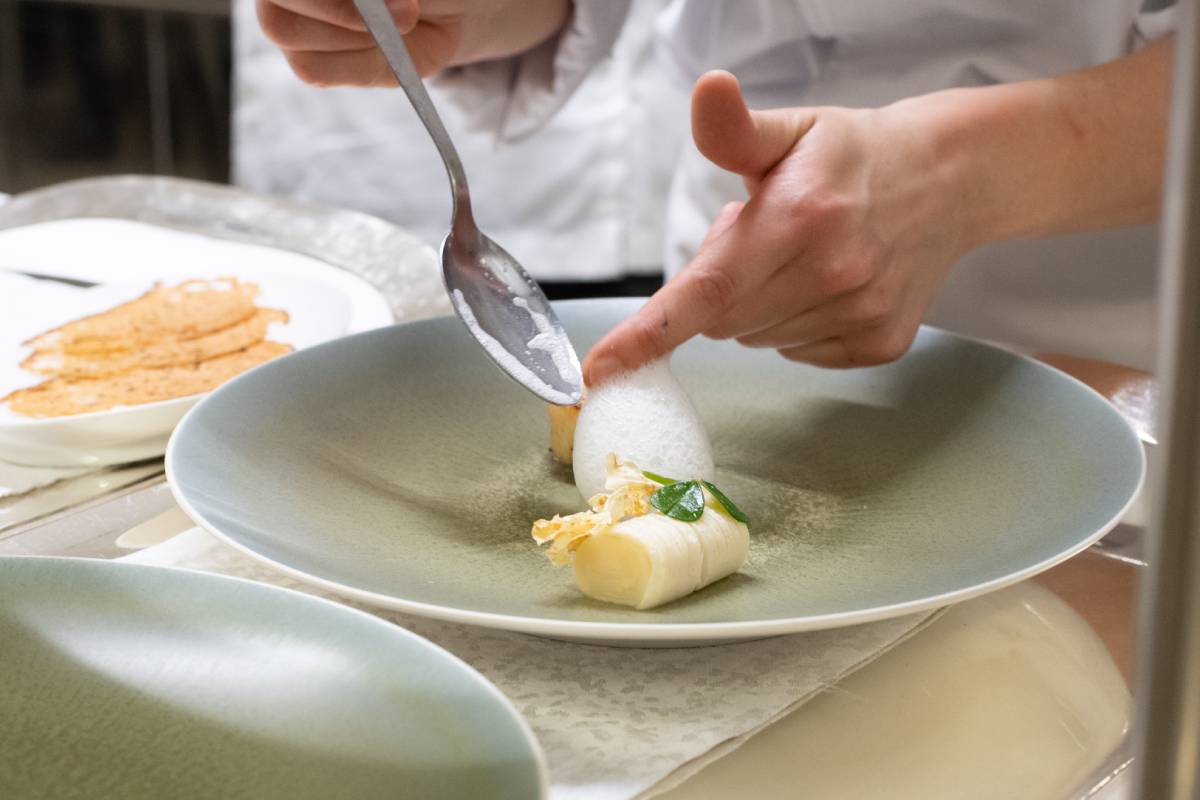 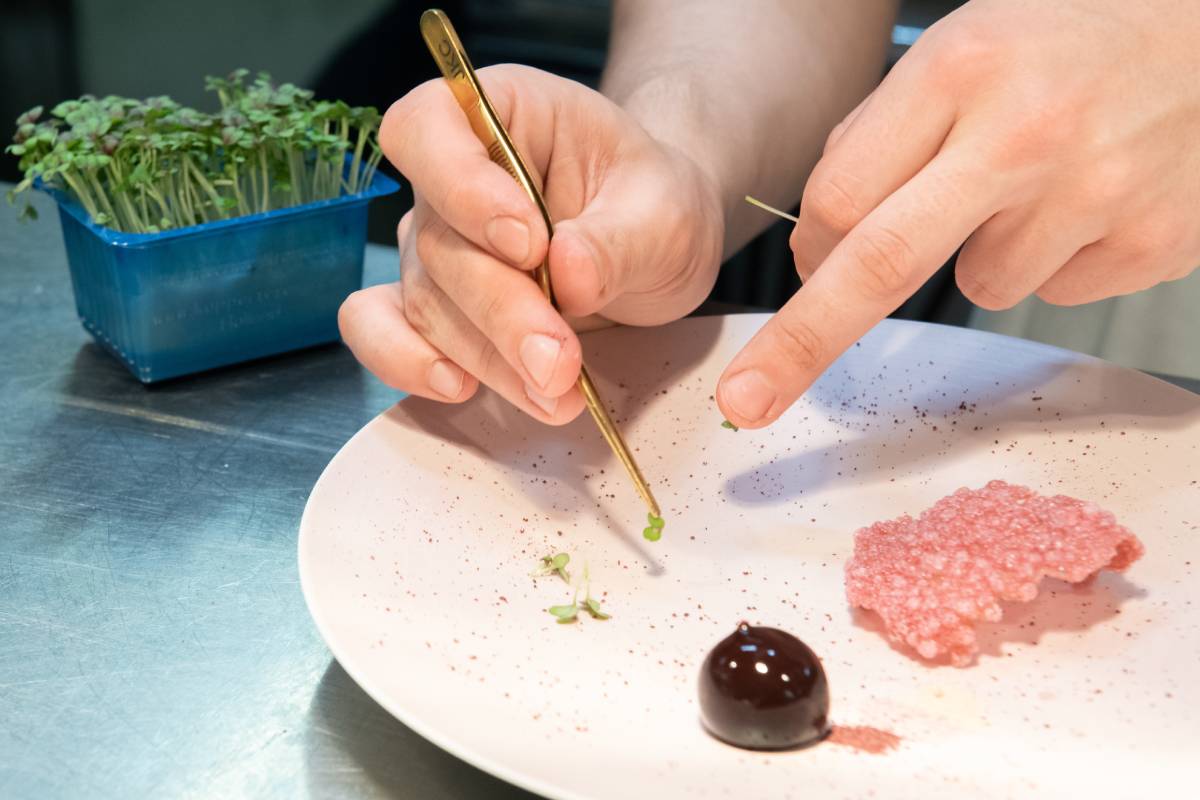 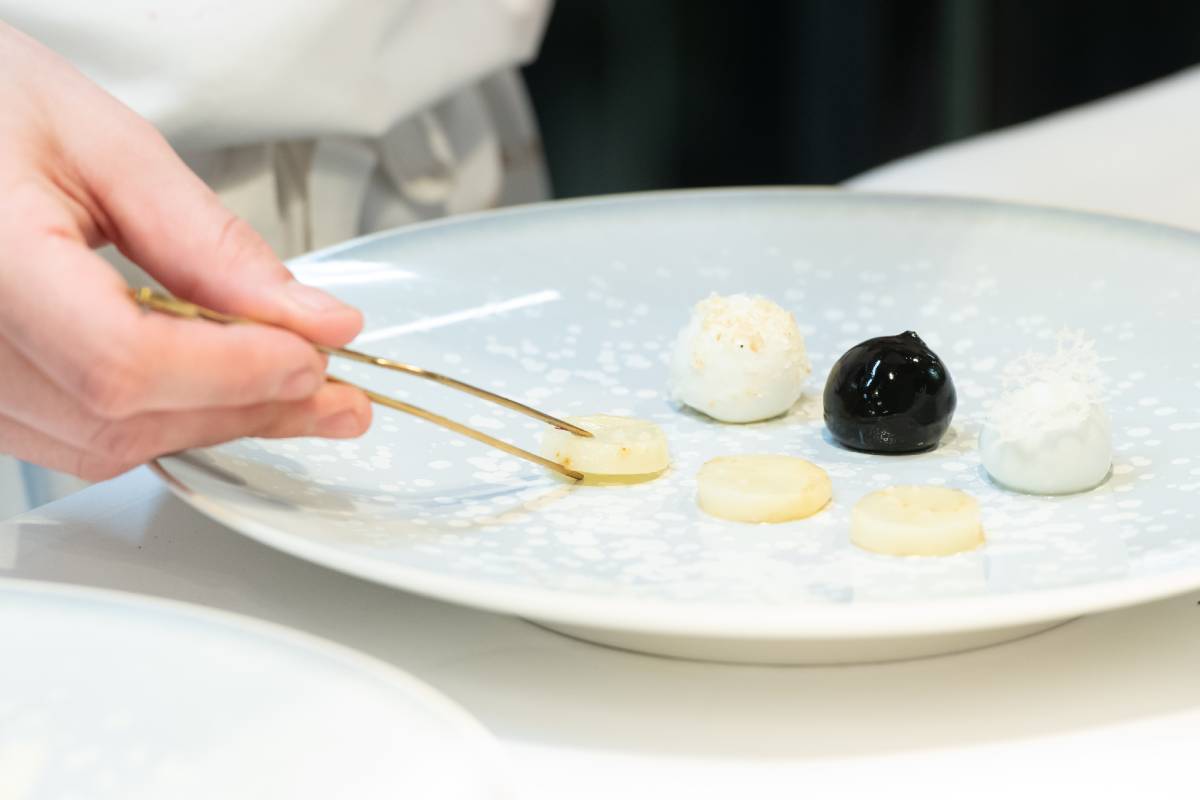 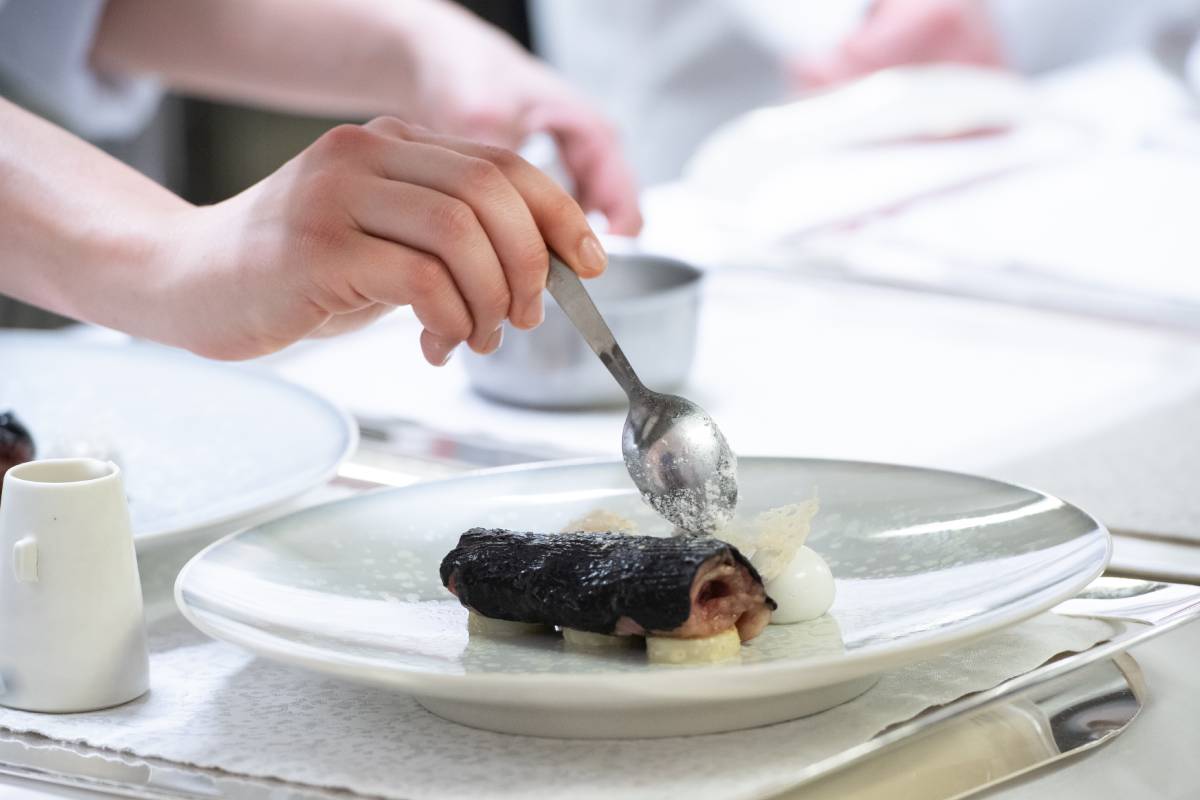 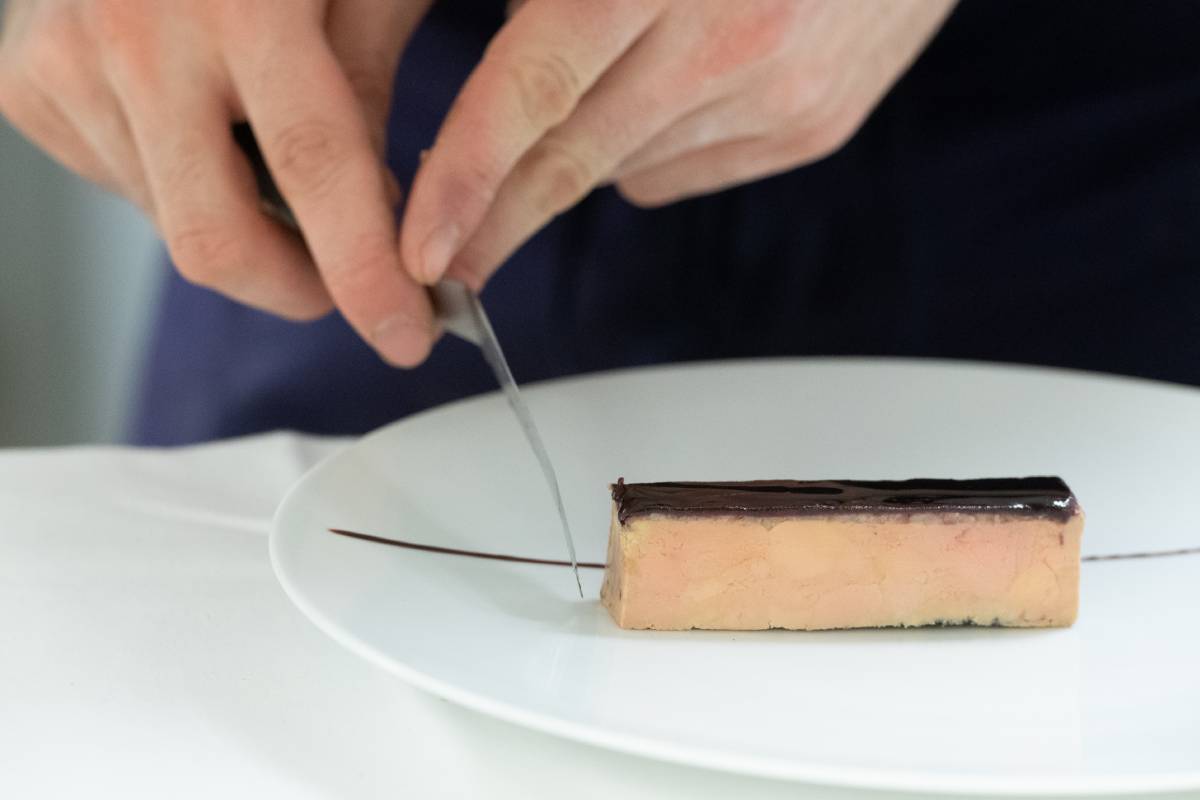 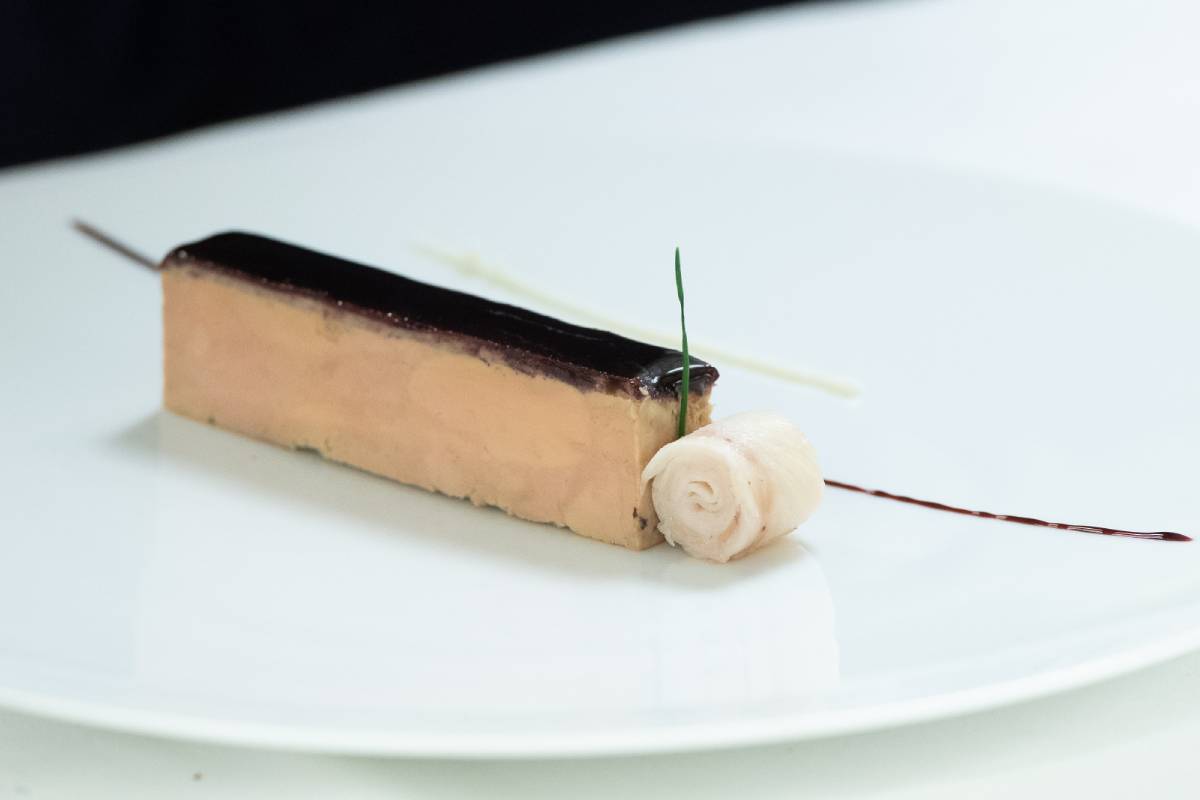 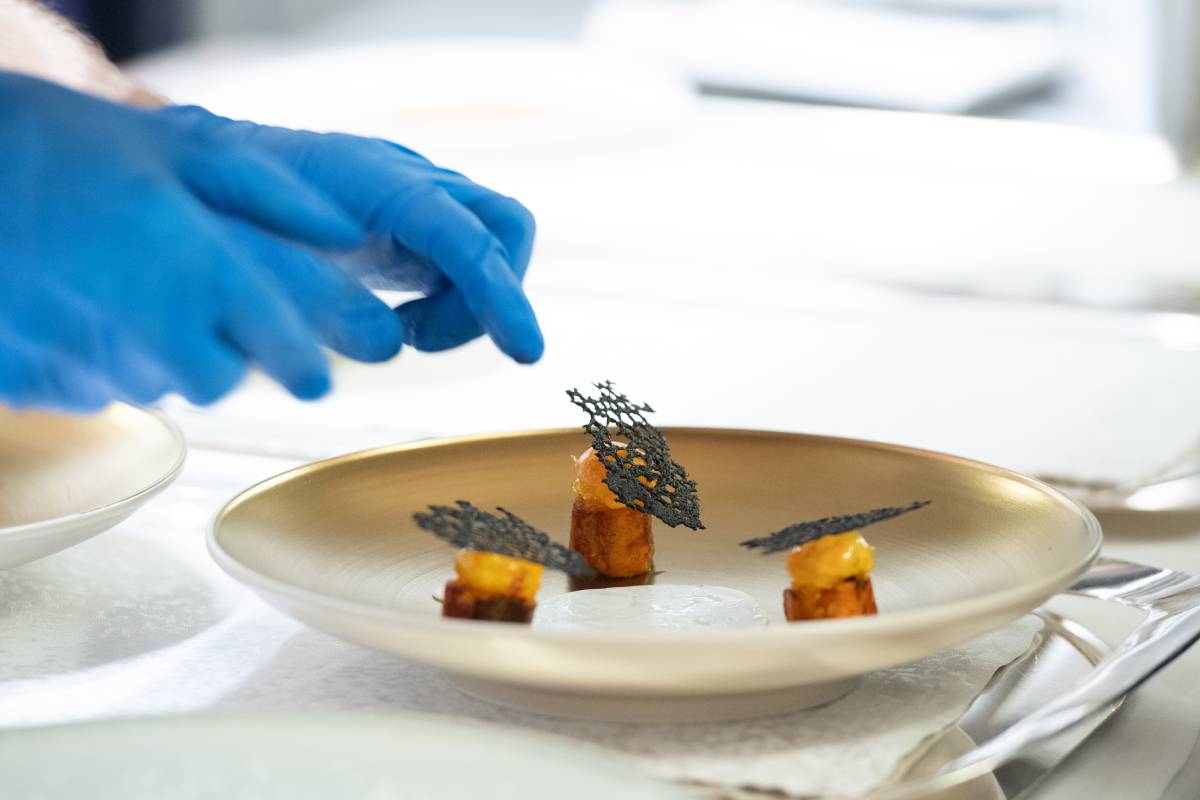 In June 2016, Marx realised one of his childhood dreams by opening his first bakery in Paris. At his bakery, he partners with baker Joël Defives, Meilleur Ouvrier de France, to offer the best of French craftsmanship. On the strength of its success, the small neighbourhood bakery has led to four other bakeries, with even more in the pipeline.

“I say to Joël, let’s never lower our prices, and let’s not increase them by too much either. A baguette for 80 cents makes no sense; you can no longer buy the best flour, pay your employees properly … On the other hand, a baguette at €1.20 protects our farmers, protects our professional bakers, and protects the customer who will get pleasure from every bite.

“It is about respecting the value of a handcrafted product. When you eat a quality product, you are more quickly satisfied,” – Marx

“It is about respecting the value of a handcrafted product. When you eat a quality product, you are more quickly satisfied; when it’s not of good quality, you eat too much sugar and fat in an attempt to satisfy the senses of having had enough to eat.”

Luxury for Marx is being one with himself in silent meditation. “I like to offer myself silence and tranquility, to focus on who I am and where I am going – that is my luxury.” A heavenly temple, a pleasing piece of art, an appetising dish are slices of luxury to him.

This French master chef and icon’s fundamental teaching is that of letting go of the hand of the past, of embracing the future with new projects, and of staying true to one’s identity and style. He reveals that he likes to remind his kitchen disciples of journalist Joseph Barry’s 1965 interview with Gabrielle ‘Coco’ Chanel, in which she says, “Mode passes; style remains. Mode is made of a few amusing ideas, meant to be used up quickly, so they can be replaced by others. A style endures even as it is renewed and evolved.”