Whether rummaging through basements to discover secreted stashes of aged whisky or traversing the pastoral beauty of Southern France in search of rare cognac, The Last Drop has a mission to locate truly special spirits for connoisseurs worldwide. 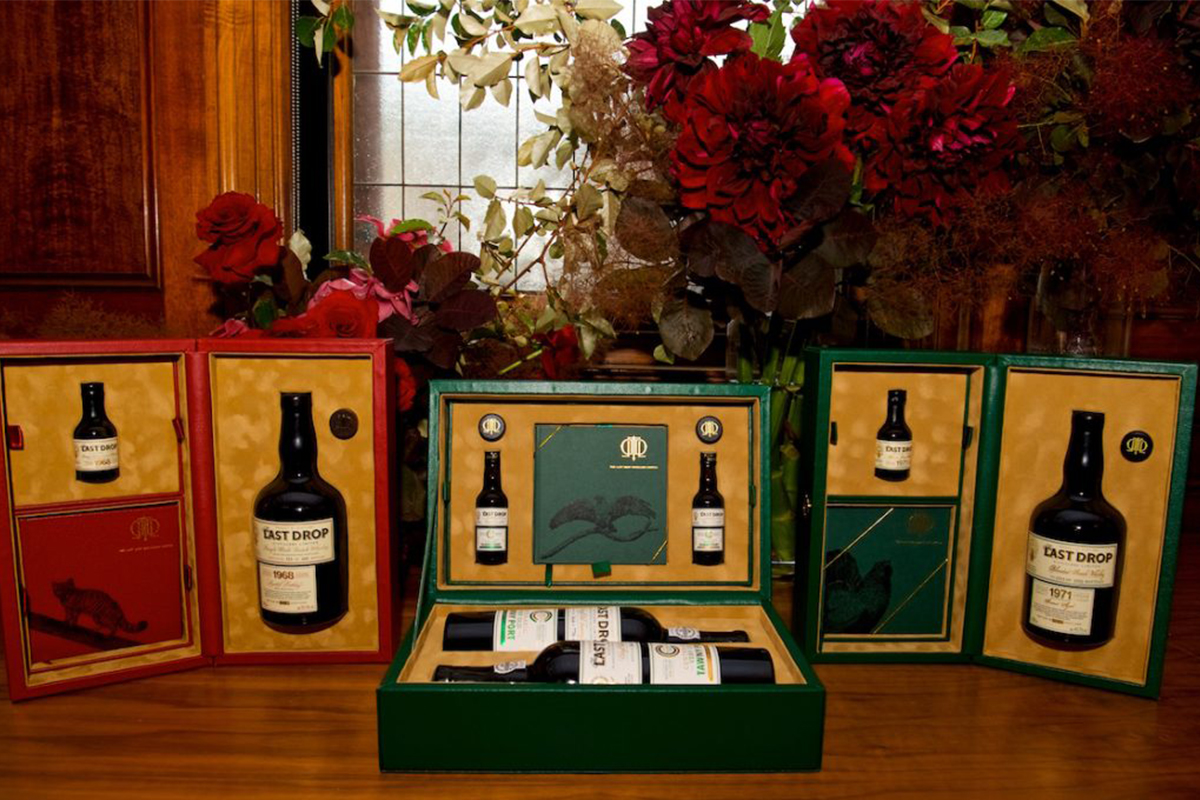 Purveyors of what it calls ‘The world’s most exclusive spirits collection’, The Last Drop uncovers and bottles its liquids judiciously and aims to cultivate a clientele that trusts its judgement enough to know any of its releases will be truly special and worth buying on reputation.

The company was originally founded by James Espey and Tom Jago. Between them, the pair played a role in developing some of the most iconic brands in the world of liquor, including Johnnie Walker Blue Label, Chivas Regal and Bailey’s Irish Cream. James has been awarded an OBE for his services to Scotch Whisky, while Tom served as President of The Last Drop Distillers.

Tom Jago passed away in 2018 but his work has been carried on by his daughter Rebecca, who has been with the company since 2008 and now serves as joint Managing Director.

Its previous offerings include the rarefied likes of a blended Scotch whisky from 1960 and a 1967 Glen Garioch Single Malt, of which only 118 bottles were released worldwide. The company specialises in spirits of a grand age but, as Rebecca tells it, while years can add extraordinary character to a spirit, extreme age can just as often render a liquid undrinkable due to it spending too long in wood. The type of liquids The Last Drop bottles are the rare examples when the alchemy has worked perfectly.

These are spirits that are not so much top shelf as worthy of storing in a top-secret safe. Having said that, Rebecca and the Last Drop team are firm believers that spirits are made to be drunk in good company and want their products to go to connoisseurs who will savour the bottlings rather than people cynically looking to flip them as an investment.

At the elegantly appointed Sydney launch of its latest release, an exceptional duo of ports from Portugal’s Douro Valley was among the new tipples on offer. Limited to just 770 sets, the pair comprises fortified wines from 1870 and 1970.

The older port has the deep, dark hue of rich mahogany; 1970 is more of an amber colour. Interestingly, the colour of aged port waxes and wanes across the decades, a process that can be seen in these two varietals. The 1870 has bright floral notes on the nose and Christmas pudding, fig and fresh-baked cinnamon on the palate. It makes for a supremely complex, balanced liquid.

The 1970 is also sublime in its own right, with notes of orchard fruit on the palate. As an opportunity to compare two ports from the same estate but separated by a century, it’s a truly elevated drinking experience.

Another opportunity to dig into the nuances of rare spirits arrives in the form of the 1968 Glenrothes Single Malt Scotch Whisky, which comprises two single casks. Like an old standard covered by different artists, the whiskies move in different directions, giving you the most delicious lesson imaginable on how much an individual cask can shape a whisky.

Cask No. 13508 has more pronounced (though still subtle) spice notes as well as hints of candied sweetness, citrus and a clean, almost minty finish. Even better is the Cask No. 13504, with its heady floral notes on the nose and vanilla, toasted almonds and cloves on the palate giving way to a long finish.

Rounding out the new releases was The Last Drop 1971 Blended Scotch Whisky, which skillfully balances more than three dozen premium whiskies into a harmonious whole.

Approached either as history in a bottle or simply a transformative drinking experience, it’s the kind of perspective-changing rarity that characterises The Last Drop range.