The young winemaker is just one of three women winemakers at the maison. Spending her childhood frolicking among rows of grapevines at her grandmother’s vineyard in the Champagne region of France, it was perhaps destiny for Gaelle Goossens to become one of the talented Veuve Clicquot winemakers.

“It was more a daycare solution because my parents were both working,” Gaelle told The CEO Magazine . “My grandmother, she had a piece of land from her parents, but she never made wine – she was just looking after the vineyard.”

Temporarily swapping the picturesque grape arbour synonymous with Champagne for an uncharacteristically hazy view of the Sydney Harbour Bridge, Gaelle led us through an intimate tasting experience on at Blu Bar on 36 at the Shangri-La Hotel – how could we possibly say no.

Between sips of the maison’s signature Yellow Label, unique Vintage 2008 and monumental La Grande Dame 2008 (which was created in founder Madame Clicquot’s honour), Gaelle explained that winemaking hasn’t entirely changed since the company’s trailblazing businesswoman transformed the industry more than 200 years ago. 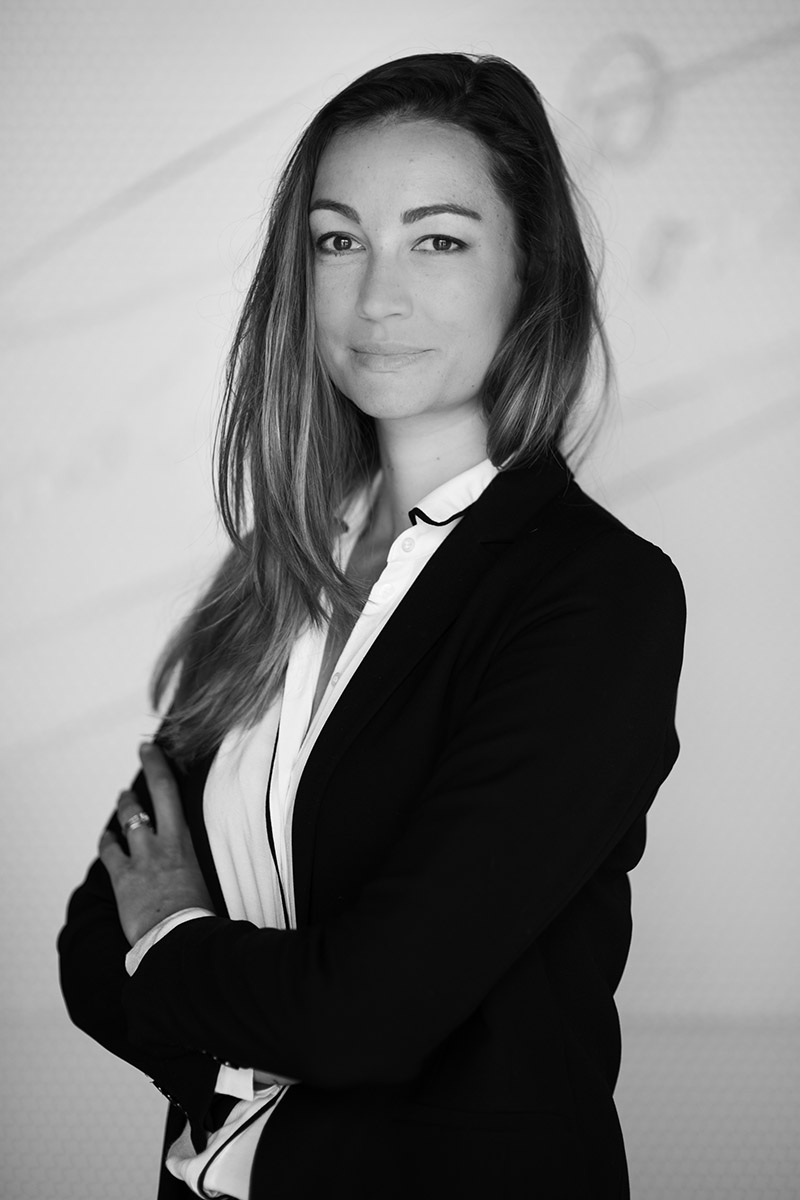 “Madame Clicquot, La Grande Dame, is still very here in the house,” Gaelle says. “She was this extraordinary woman, very young at the time when she took over the business at 27.

“She was educated to be knowledgeable and she didn’t have limits with the gender issue – she just did it and didn’t care.”

Following in Mme Clicquot’s footsteps, Gaelle is just one of three female winemakers at the house.

Being the minority in a male-dominated industry is challenging at times, but it’s something the young winemaker never thought would be an issue.

“I wasn’t raised or educated to be a woman,” she says. “I was raised to be someone, a human being.

“By the time a woman arrives in the industry, it takes a bit more time.”

And it’s something Gaelle, who first studied international relations in Australia, uses to her advantage. With 70% of Veuve Clicquot’s winemakers being men, the French native says she has to work harder and smarter to earn her position.

“I wasn’t raised or educated to be a woman. I was raised to be someone, a human being,” – Gaelle Goossens

“At the end, I have to work harder and I have to keep learning and be even stronger. But it’s true that it’s challenging.”

Mix in daily wine-tasting (at precisely 11am every single day), where your ability can be influenced by your mood, emotions or even a bad night’s sleep combined with a bad wine and the perils of time make the art of winemaking an incredibly difficult job. And it may seem that the more expensive a bottle of bubbles is, the more complicated it was to produce but, in actual fact, it’s the Maison’s epochal Yellow Label that really challenges the winemakers.

“We still use the same method we did 200 years ago to make Champagne,” – Gaelle Goossens

“It’s the one we see the most, but it’s also the wine that challenges us the most because, every year, we have to reproduce the same taste but with different wines,” Gaelle says. “In a blend of Yellow Label, you have on average 450 wines. It’s a lot and we need to blend all those wines.”

The 10 Veuve Clicquot winemakers taste more than 1,000 wines in only a few months purely to create the Yellow Label.

“After the harvest, we can have between 700 and 800 wines, and we also have the largest collection of reserve wines, which we use – it’s between 500 and 600 wines,” Gaelle explains. “It’s a lot. Our first objective is to make Yellow Label. “We do get bad wines sometimes. It can happen at any time. Some wines are good at the beginning, but they don’t last.

“When you lose a wine, it’s disappointing – it’s wine, you cannot replace it.”

But not all wines are lost. Dozens of bottles dating back to the 1814s were salvaged from an 1840s Baltic shipwreck in 2010. Of the 168 bottles found, 30 were Champagne made by Mme Clicquot herself.

“She’s still called the Great Lady, Grande Dame, today because she was responsible for discovering three of the main innovations we are still using today in Champagne,” Gaelle says. “Mme Clicquot made the first vintage, then a couple of years later she made the first riddling table, and she also made the first rose Champagne.

Despite a rich heritage and history-defining creations, the Maison balances its classic procedures while infusing it with a modern, creative touch.

The Grande Dame 2008, which was created from eight historic Grand Cru terroirs, boasts 92% pinot noir and 8% chardonnay making for a precise and delicate Champagne with small, dainty bubbles, fresh white flowers and white fruit notes and a creamy texture.

“I like the spirit of Veuve Clicquot,” Gaelle says. “But the thing with winemaking, maybe the frustrating part, is we always work for the next generation.

“The wines we make today are the ones that will be drunk by the next generation.”