What you should invest in to get rich, according to latest luxury report 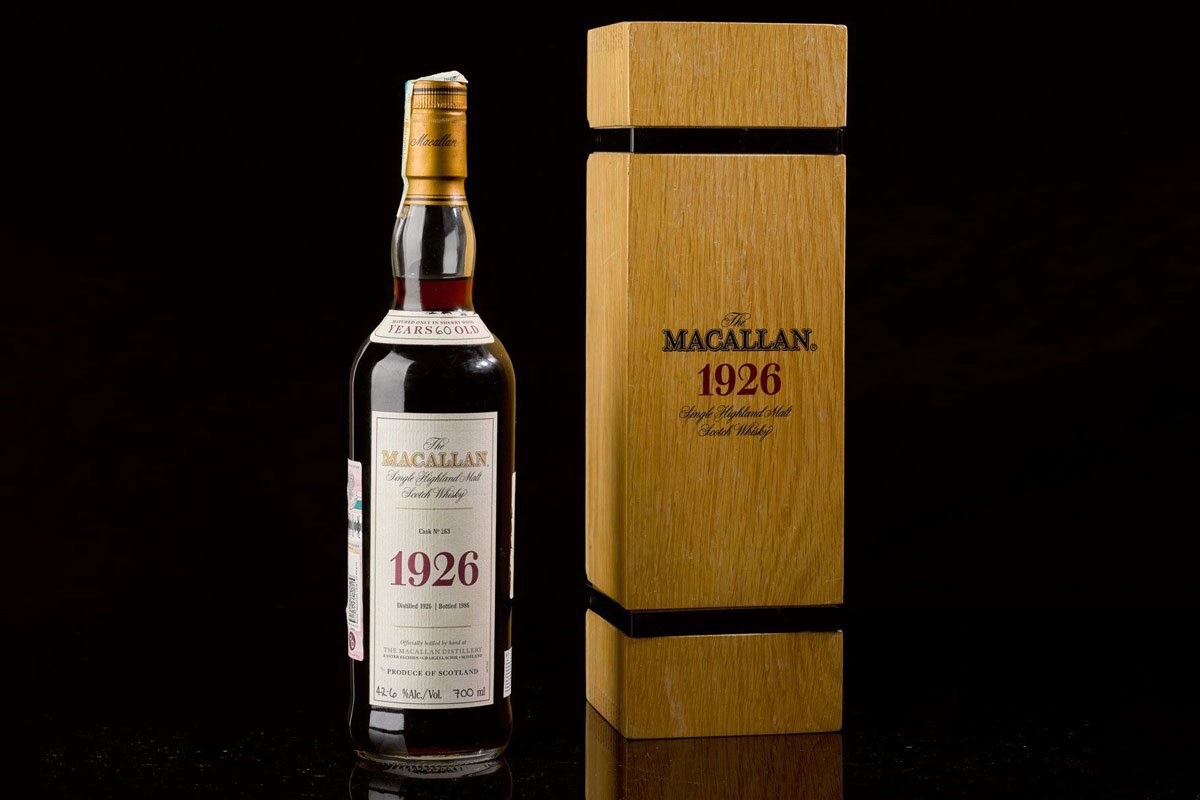 Forget about Bitcoin and your latest ‘get-rich-quick’ pyramid scheme. Rare whisky is where you should be investing your hard-earned cash if you’re looking to make huge returns on investment. That’s according to the latest research data released by estate agency Knight Frank.

Rare whisky surged to the top of the latest Knight Frank Investment Index (KFLII) and it revealed that ultra high net worth individuals (UHNWI) from China and the wider Asia-Pacific region were driving the new market for rare whisky to dizzying heights.

“Market growth – as measured by the Knight Frank Rare Whisky 100 Index, compiled for us by the experts at Rare Whisky 101 – has moderated slightly, but prices still rose by 23% during the 12 months to the end of June, far ahead of any of the other asset classes in the index,” said the report’s authors.

Surprisingly, award-winning whisky label The Macallan – a mainstay of the investment market by both volume and value – faced a steep downturn this year thanks to a steady supply. The experts at Rare Whisky 101 however predict that their values should rise again by the end of the year.

Martin Eber who heads the Hong Kong-Australian online whisky publication Time for Whisky says that there are a few key factors that could be driving this impressive investor interest in the Asian region.

“A growing UHNWI class, the desire to own something that no one else has and possible concerns over traditional asset classes and investments can all play a part in propping up the value of rare whisky,” says Eber.

“The region’s historical appreciation of wine can also mean that locals are seeing spirits as the next step.”

Reaffirming this observation is the rise in local distilleries in countries like Taiwan and Japan whilst China will see its first major whisky distillery opening in the next few years.

“It’s not just rare bottles from closed distilleries, but casks of whisky which change hands for big money,” adds Eber. 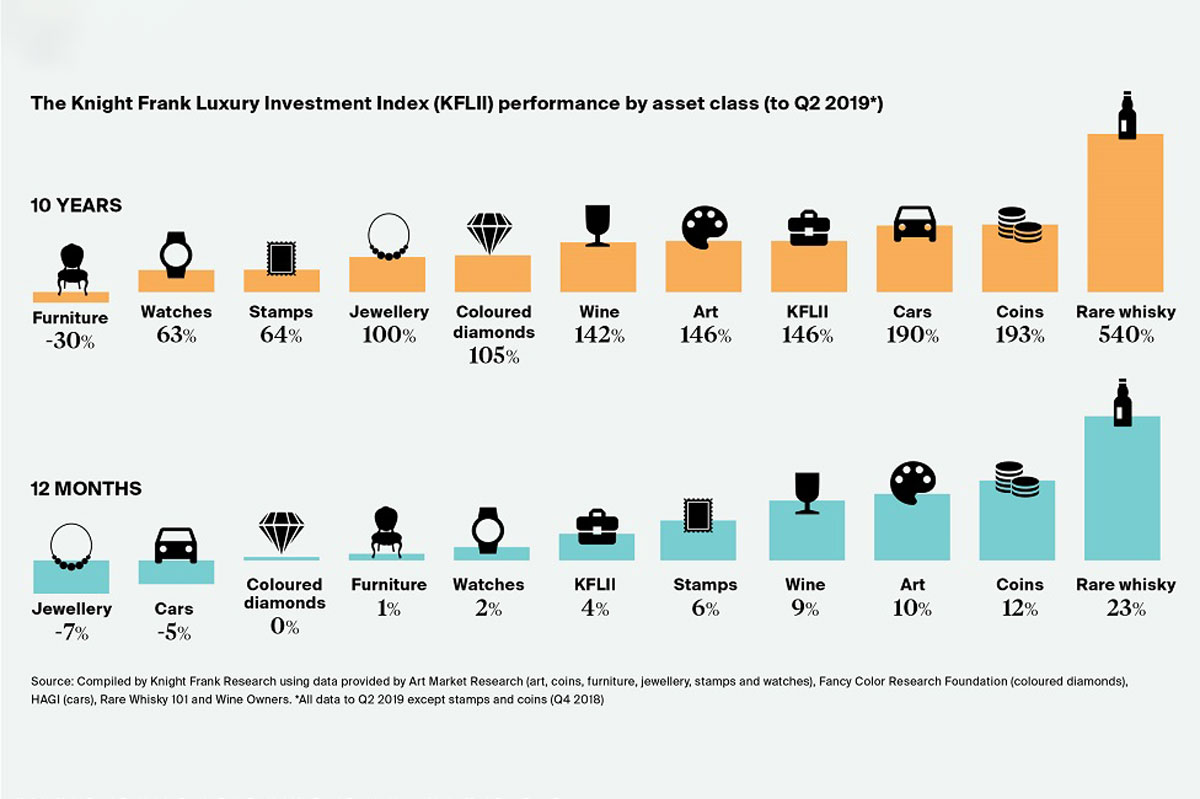 The KFLII also listed supercars and art amongst winning assets to invest in. The full asset listing can be viewed in the graphic above which highlights both yearly ROI and ROI over a decade.

And if the report isn’t enough to convince you that rare whisky is in fact a solid investment, a single bottle of The Macallan 1926 (pictured) just sold for a record-breaking £1.5 million overnight via Sotheby’s in London.

Read next: 4 unusual investments that will pay off in the future