From space-inspired cakes to chocolate-coated insects, nothing is off limits when it comes to the adored cocoa bean.

An indulgent warm mug of rich cocoa on a drizzly winter evening, a lusciously decadent dessert at your favourite restaurant or a cheeky bite of your favourite chocolate bar secreted from your hiding place – no matter how you get your dose of chocolatey goodness, you don’t need to justify it on World Chocolate Day.

The annual celebration of the world’s most adored sweet is a special occasion for international connoisseurs to come together to relish in the delightful treat.

Although World Chocolate Day really started building momentum in 2009, it’s believed the sweet day is to recognise the introduction of chocolate to Europe in 1550.

“Chocolate is who we are. It’s not only our business, but it’s our identity.” – Remco Brigou

The modern event allows chocolate lovers to truly indulge without any guilt – all the while supporting producers: from the artisan chocolatiers and manufacturers right through the supply chain starting with the 50 million people who are dependent upon cocoa for their livelihoods.

For Koko Black Head Chocolatier Remco Brigou, World Chocolate Day is among the most exciting days on the cocoa calendar.

“Chocolate is who we are,” Brigou tells The CEO Magazine . “It’s not only our business, but it’s our identity. 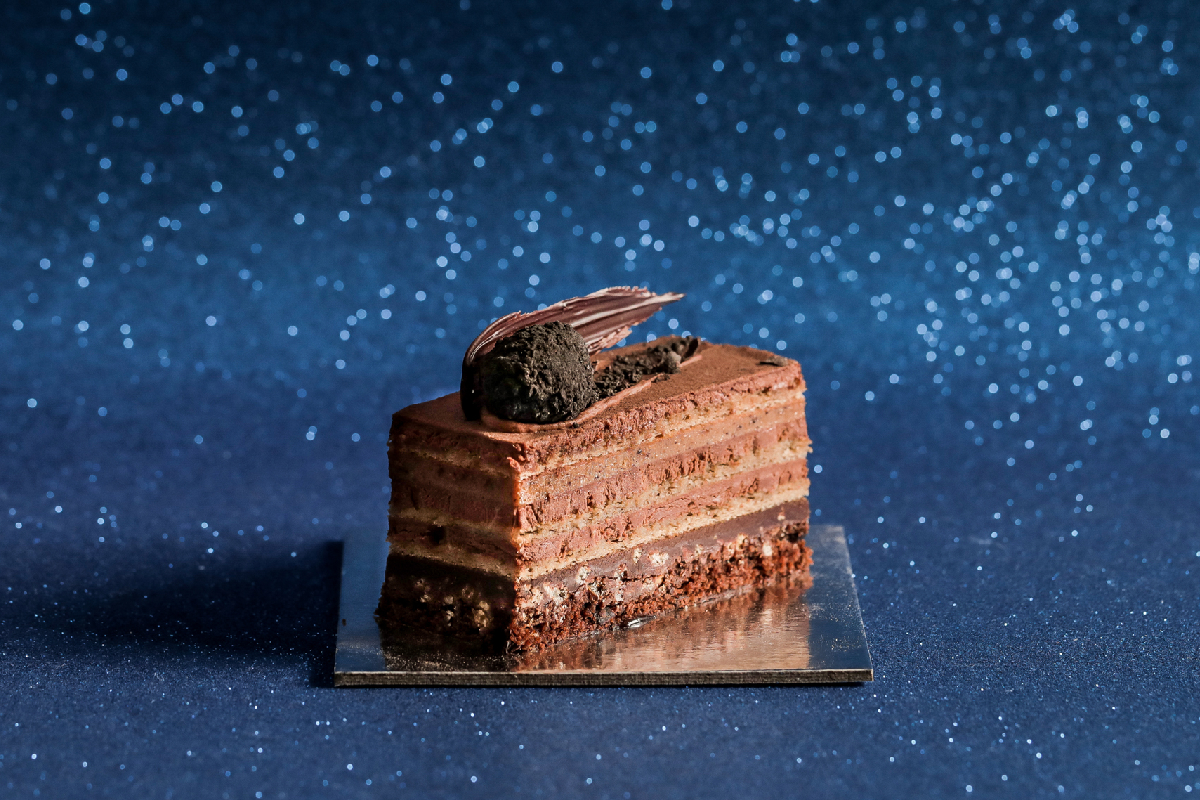 “There are a lot of special days throughout the year, but World Chocolate Day is our day, and we are very proud of that.

“More so now than ever, if we can provide someone with one guilt-free day to enjoy the pleasures and delicious flavours of chocolate, then why not – everyone deserves that.”

Many brands come together to collaborate and share exclusive, one-off chocolate creations – including Koko Black and Black Star Pastry.

Resting on a bed of dark chocolate financier and cocoa nibs, luscious layers of caramel chocolate, muscovado sponge and hazelnut cremeux come together to form the body for the gravity-defying chocolate mousse and praline crunch. The flying meteor topping the creation is crafted from hazelnut truffle and is complete with a blazing Sao Thome chocolate flame.

The utterly indulgent and quintessentially decadent Meteor Cake is simply out of this world, however it’s not the only unique eye-catching creation.

From chocolate-coated insects to chicken-flavoured chocolate, here are some of the most creative inventions to celebrate World Chocolate Day.

To celebrate Cadbury’s centenary in 2005, Elton John was turned into a life-size Dairy Milk chocolate statue at Madame Tussaud’s in London, UK.

While the musician himself wasn’t at the unveiling, his husband David Furnish was there to witness firsthand the exceptional 126-kilogram edible statue.

“It looks like you’ve taken Elton and you’ve dipped him in chocolate,” Furnish said at the time.

The chocolate tribute took more than 1000 hours to create and was displayed in an air-conditioned tent at the famous wax museum. 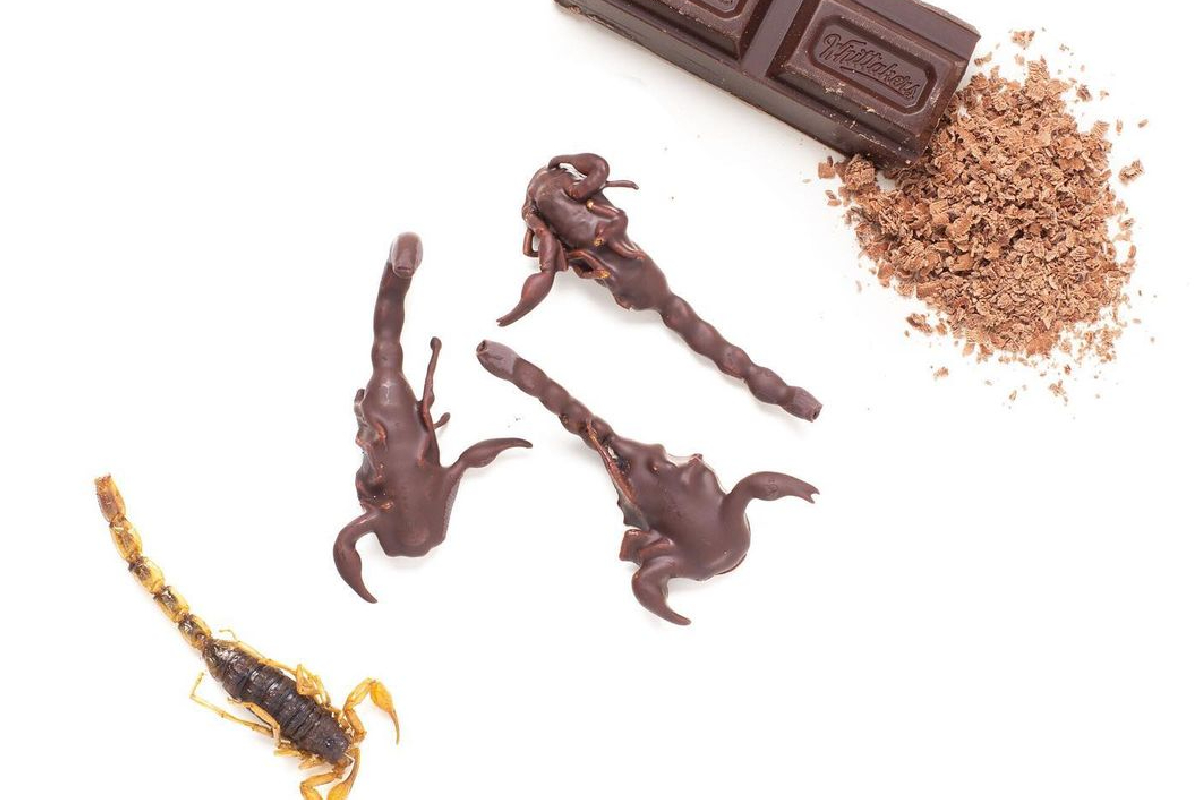 With about 80 per cent of the world’s population eating insects, it’s a clever move to dip the nutrient-dense critters in chocolate.

Eat Crawlers is New Zealand’s first and largest edible insect and cricket flour manufacturer, and its offering of choc-coated bugs is lavish.

From a whole roasted zebra tarantula (which is anywhere from 4–10 centimetres in size) and roasted armor tail scorpions to crunchy roasted crickets and grasshoppers, the ethically and sustainably sourced insects will undoubtedly be a talking point for any occasion.

It’s truly one for the adventurous eaters. Unconventional sweet and savoury flavours are often mixed to create wonderous treats, but would you go as far as mixing bacon and chocolate? US founded confectionary company Hammond’s has.

But if pork isn’t for you, Hammond’s also has a poultry version.

Among the creative range are a maguro (tuna) Sushi KitKat topped with the raspberry-flavoured chocolate bar; an uni (sea urchin) version, which has a Hokkaido Melon with Marscarpone Cheese KitKat wrapped in seaweed; and a tamago (egg) sushi, which has a banana-flavoured KitKat and is topped with nori seaweed.

Released in 2018 to celebrate the opening of a KitKat Chocolatery inside Osaka International Airport, the sushi KitKats all sit on a bed of rice puffs that have been coated with white couverture chocolate. And it’s not true sushi without a dash of wasabi. 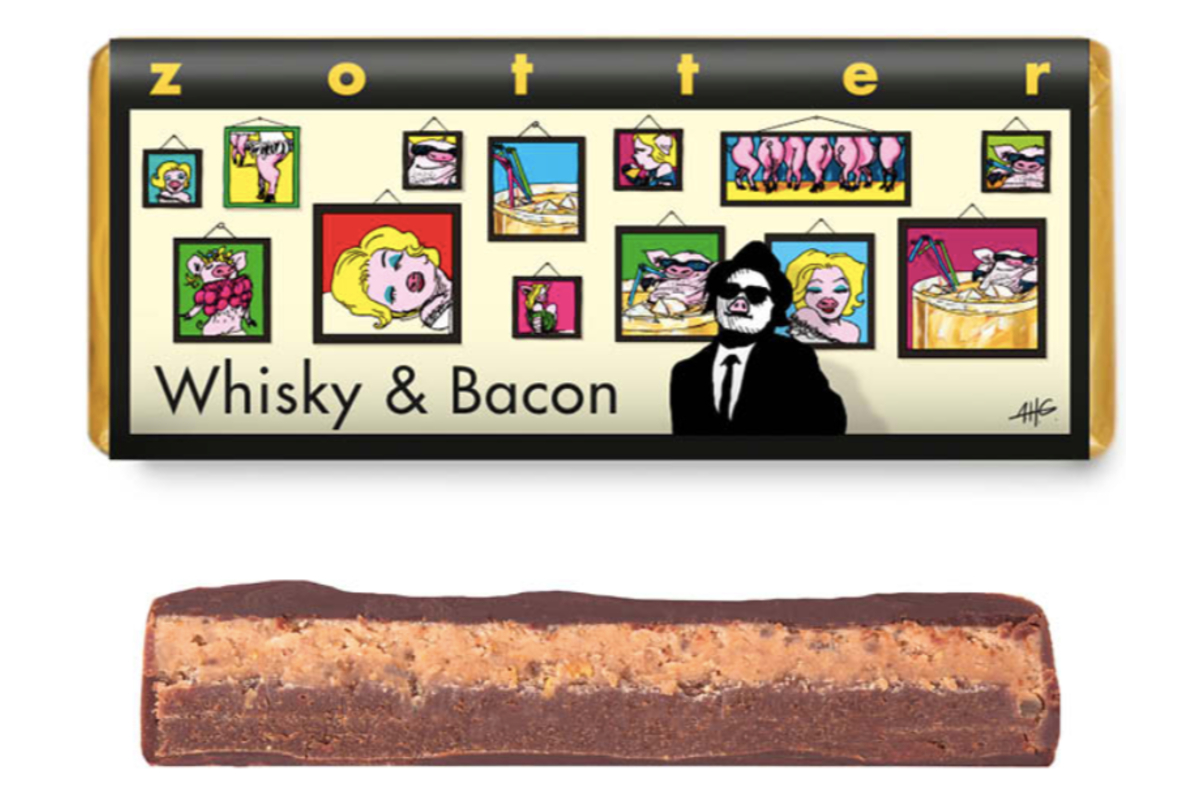 Zotter is known for its quirky flavour combinations, and its Whisky and Bacon chocolate bar certainly lives up to expectations.

The innovators have filled its delicious 70 per cent cocoa chocolate with whisky ganache, hazelnut praline and pork crackling.

Crafted from Zotter’s own organic pork, the smokey bacon infuses the whisky to create an intriguing liquid gold, which then flows into the ganache.

While the flavour is truly unique, it’s also a feel-good treat as the German chocolatier is 100 per cent organic, fair trade and practices bean to bar.

More than 100 kilograms of Belgian chocolate was transformed by chocolatician Jen Lindsey-Clark into the iconic little blue engine.

Arriving at Kings Cross Station in the UK, the chocolate Thomas the Tank Engine was made by hand using more than 50,000 chocolate buttons.

The magical centrepiece was 180cm tall and 200cm long, bringing a touch of joy to commuters at Easter in 2017. 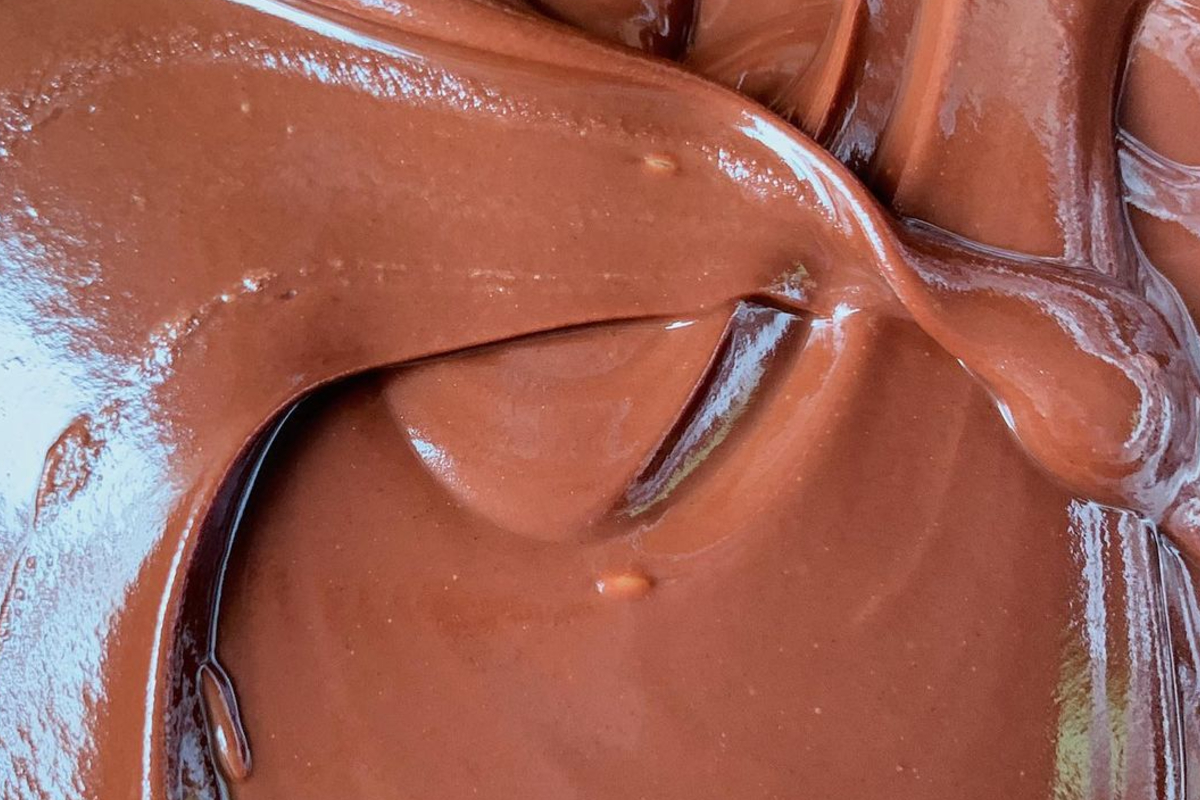 Finding a stray hair in your meal can be enough to ruin your appetite, but creative chocolate-lovers took it to the next level at the Eurochocolate 2002 Festival in Perugia, Italy.

Model Elena Cocomatti’s hair was built into a tall chocolate sculpture, somewhat acting as a sweet crown on her head.

Chocolate sculpture hairstyles and chocolate massages were offered to the festival’s more than 800,000 attendees.