COVID-19 has significantly impacted rare gemstone mining, piquing the interest of wealthy investors and collectors keen to secure tangible assets that are gaining value relative to a limited supply.

November 2020 marked a critical moment in time for diamond connoisseurs worldwide as Rio Tinto’s Argyle Mine in East Kimberley, Western Australia ceased operation after 37 years of production, translating to a loss of 90 per cent in the world’s annual supply of precious pink diamonds.

Pink, red and blue diamonds of the rarest kind will be showcased at The Argyle Pink Diamonds Tender, a global event that pays tribute to the discovery and infinite value, yet finite supply, embodied by these natural treasures.

“Argyle diamonds command extremely high prices because of every 20 million carats of rough diamonds that are produced annually, less than 0.1 per cent are Pink diamonds.” – John Calleija

Collectors, jewellery aficionados and luxury houses will be invited to pay homage and invest into what Patrick Coppens from Rio Tinto refers to as the ‘heritage gemstones of the future’, as coloured diamonds continue to be a highly sought after commodity. 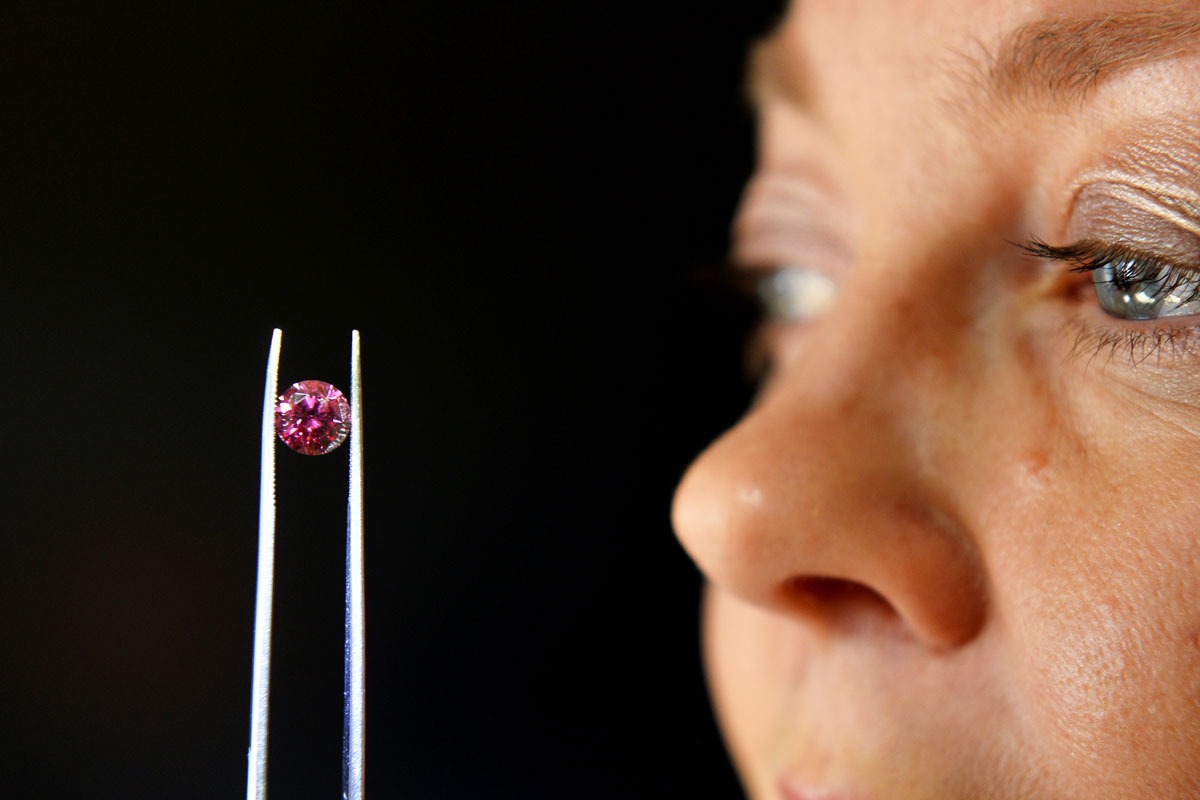 Pink Diamonds can be up to 50 times the cost of white diamonds. Image: Australian Diamond Portfolio

“Since the announcement that the mine has ceased operating, we’ve seen an almost 50 per cent uptick in demand in the first half of this year,” says Anna Cisecki, Executive Director at Australian Diamond Portfolio.

Against the backdrop of uncertainty represented by the COVID-19 pandemic, highly valuable luxury goods have caught the attention of collectors and investors as intangible experiences have been forced to take a backseat. Most notably, an emerging trend is a growing younger clientele reported by both auction house Sotheby’s and luxury jeweller Annoushka.

Coloured diamonds are a rare breed of gemstone, but no other truly compares to the red variety.

In the past 20 years, the estimated value of red diamonds has risen by 500 per cent, a figure that’s not likely to drop anytime soon given that there are only a few diamonds of this kind remaining, not to mention their strikingly intense hue.

“With 90 percent of the world’s annual mine production gone, and with demand continuing to rise, it is almost certain that prices will continue to increase,” says Cisecki.

The news then that Melbourne-based Temelli Jewellery secured and sold a 0.47-carat Certified Natural Red Argyle Diamond valued at US$600,000 is an extraordinary milestone for the maison considering the global decline in rare gemstone mining.

Alexandrite procurement, for instance, across Brazil, Madagascar and Sri Lanka is similarly increasingly less common with a total of just 11 sold in 2020 through Sotheby’s and Christie’s auction houses.

Temelli’s client had their eye on the gemstone as part of a superannuation strategy. Return of investment figures for pink, let alone red diamonds, are only expected to increase.

Up to 50 times the cost of white diamonds and comprising less than two per cent of all diamonds, a collection of 33 pink Argyle gemstones, fetching into the millions, were made available to a worldwide audience through the first public tender in late June.

Whether for sentimental value or as a long-term investment, this extremely rare variation of diamond increased in sales by 116 per cent between 2009 and 2019, leading up to the closure of the WA mine, which will most likely equate to an increase in demand and price continuing. The tender toured Sydney, Melbourne, Adelaide and Perth in a roadshow.

“The recent closure of the Argyle Diamond Mine has seen demand soar – as pink diamonds present an attractive, stable investment opportunity in today’s uncertain economic climate. Their inflation-protecting qualities and ability to generate strong long-term returns make them attractive investments in their own right,” Cisecki explains. 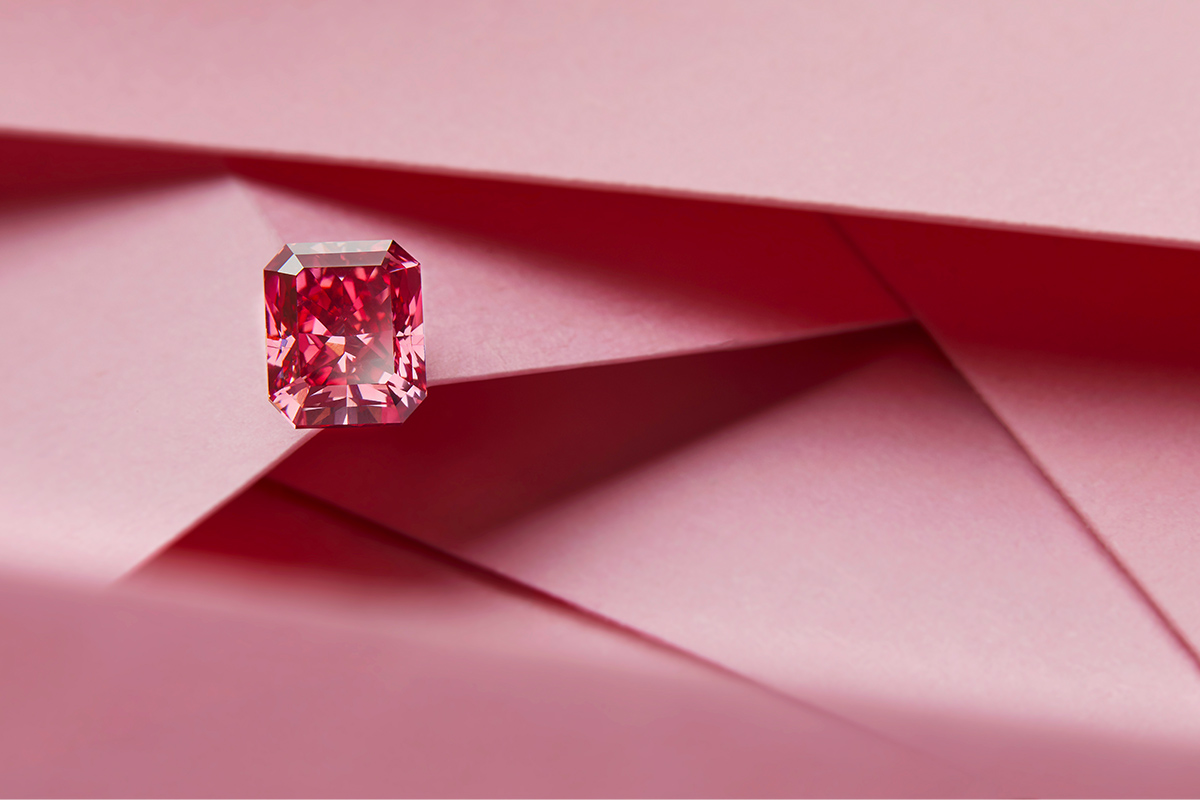 Pink diamonds comprise less than two per cent of all diamonds. Image: The Australian Diamond Portfolio

Among the few luxury houses that work with Argyle pink diamonds is John Calleija, Founder of Calleija Jewellers and master of custom-made pink diamond jewellery with boutiques scattered across the Gold Coast, Sydney and London’s Mayfair.

“Argyle diamonds command extremely high prices because of every 20 million carats of rough diamonds that are produced annually, less than 0.1 per cent are Pink diamonds,” Calleija says.

The queen within this category is most notably The Sakura Diamond, which sold for more than US$29 million in May as part of the Magnificent Jewels live auction by Christie’s in Hong Kong.

At 15.81 carats in size and able to captivate any audience with an unusual combination of pink and purple shades that explain its signature name ‘Sakura’ or cherry blossoms, this ring marked a rare occasion for Christie’s.

In fact only a mere four per cent of pink diamonds make it into the exclusive ‘fancy vivid’ category, suggesting both the depth of saturation and clarity of the stone.

Formed at a greater depth within the earth’s mantle with its characteristic blue hue hinting at its oceanic origins, naturally occurring blue diamonds are few. The Cullinan mine in South Africa is responsible for producing some of the world’s most highly prized blue treasures.

The 26.9-carat Blue Moon of Josephine unearthed in 2014 from the mine and originally valued at US$25.6 million was considered the world’s most lucrative diamond until the same company, Petra Diamonds, unveiled a record-breaking twin from within the same mine in April this year.

The 39.34-carat rough diamond was sold for US$40.2 million to De Beers and Diacore, becoming the highest selling gemstone sold by Petra for US$1 million per carat.

“We are seeing encouraging signs of a recovery in the diamond market, supporting better pricing, reflected in the third-quarter revenue numbers,” says Richard Duffy, Petra CEO.

Read Next: Meet the jewellers who use finer diamonds than iconic brands