Relish in joie de vivre while scooting along the streets of Italy on the stylish Vespa 946. 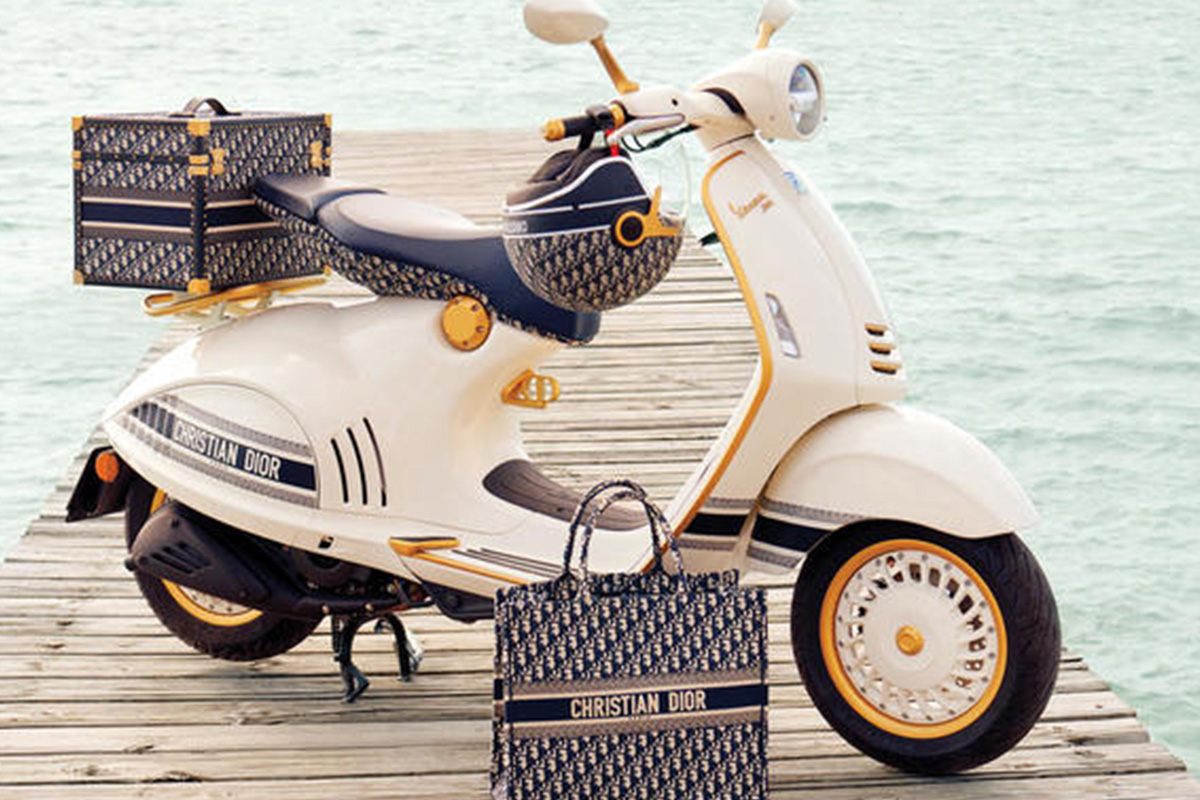 A quintessential Italian automobile has merged with the world of opulent French couture to create the Vespa 946 Christian Dior.

Getting a taste of Audrey Hepburn’s classic 1953 film Roman Holiday has been made more stylish than ever following a new collaboration between Vespa and Dior. Both brands were founded in 1946, inspiring a new creative vision of the world that continues to ripple through the 21st century.

The inception of the sleek Vespa 946 Christian Dior scooter links two empires together, reinventing a spirit of freedom, movement and expression.

First launched in 2012, the remodelled Vespa 946 has been designed by Maria Grazia Chiuri, Creative Director of Dior’s women’s collections.

“I have so many happy memories starring a Vespa,” Chiuri told WWD . “It’s how my husband and I used to get around Rome and go to the seaside in Fregene. It’s a symbol of Italian-ness that is intricately linked to my personal history, and it’s now part of my professional life at Dior.”

Made in Italy, the scooter has been built with the finest precision of couture ateliers while embracing technological innovation for a thrilling automotive experience.

The cream Vespa is the picture of sophistication and charm with its yellow gold highlights, black leather saddle highlighted with Dior Oblique motif and yellow gold luggage rack.

“A symbol of refinement, this object of desire reflects their shared commitment to the excellence of savoir-faire and virtuoso art of detail.” – Piaggio Group, Vespa’s manufacturer.

Adding to its distinctive allure is a matching Dior embossed helmet and top case wrapped with the maison’s motif that has been designed to fit the scooter exclusively.

The collaboration reinvents the spirit of freedom and liberates the heritage of two iconic 74-year-old brands.

“A symbol of refinement, this object of desire reflects their shared commitment to the excellence of savoir-faire and virtuoso art of detail,” states Piaggo Group.

While scooter fans will have to wait until next year to feel the wind in their hair atop new Dior wheels, the announcement couldn’t come at a better time, following months of being bunkered down in isolation.