With 13 boutique properties, this collection represents the top tier of independent hotel establishments in Spain, offering opulence and culture. 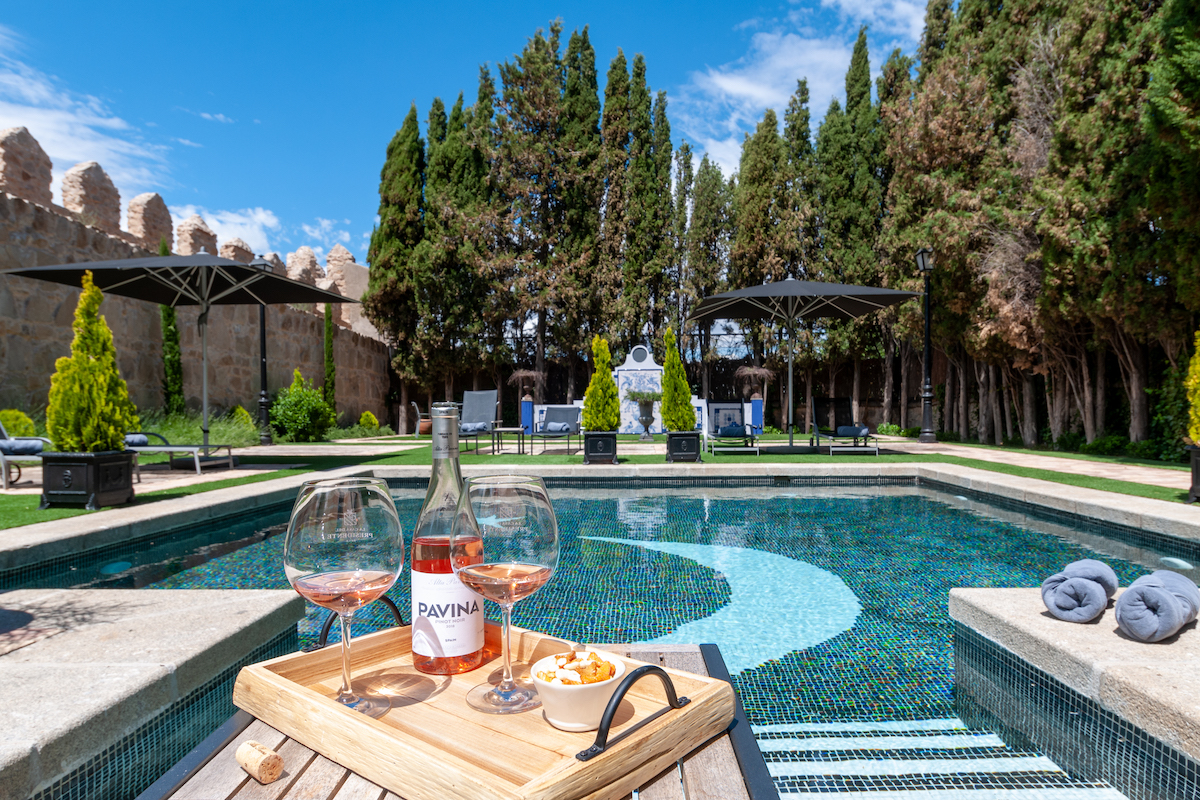 Known for its natural beauty, pintxos, history and warm hospitality, Spain is a country that offers some of the best and most memorable travel experiences.

This year, so far, has been particularly difficult for a nation whose heart and soul lies in the hospitality sector. Fewer Spaniards and travellers dining out has meant temporary hibernation – or even closure – of the many small bars and eateries that line the cobblestone streets.

With restrictions now easing, people are getting back on their feet and, slowly, the much-loved hospitality and tourism sector is reopening.

Tourism consultant firm, Preiper Luxe, which specialises in luxury hospitality, is one business that’s eagerly awaiting the return of its guests.

The organisation was founded in 2013 by hospitality and tourism professional Rafael Pérez Navazo, who wanted to showcase the country’s culture and traditions to the world.

The 13 properties under Preiper Luxe are not only updating protocols based on current legislation, but they are also united by their #MiCasaEsTuCasa experience – a union between top-tier independent hotel establishments that aims to rebuild and grow Spain’s tourism sector.

“Solidarity, empathy, commitment and innovation are key factors to overcoming the compromising and current exceptional situation,” Rafael says in a statement. “These values are the identity hallmark of the alliance of 13 boutique hotels in Spain.”

Located in idyllic surrounds, each property focuses on reflecting the nation’s cultural and natural elements.

Every hotel in the collection has updated its operations according to the current legislation and health recommendations by sanitation institutions.

Casa Palacio María Luisa is the only five-star grand luxury hotel in Jerez de la Frontera, Cádiz. The region is famous for its wines, horses and flamenco, and its historic quarter has been declared a historic-artistic site. 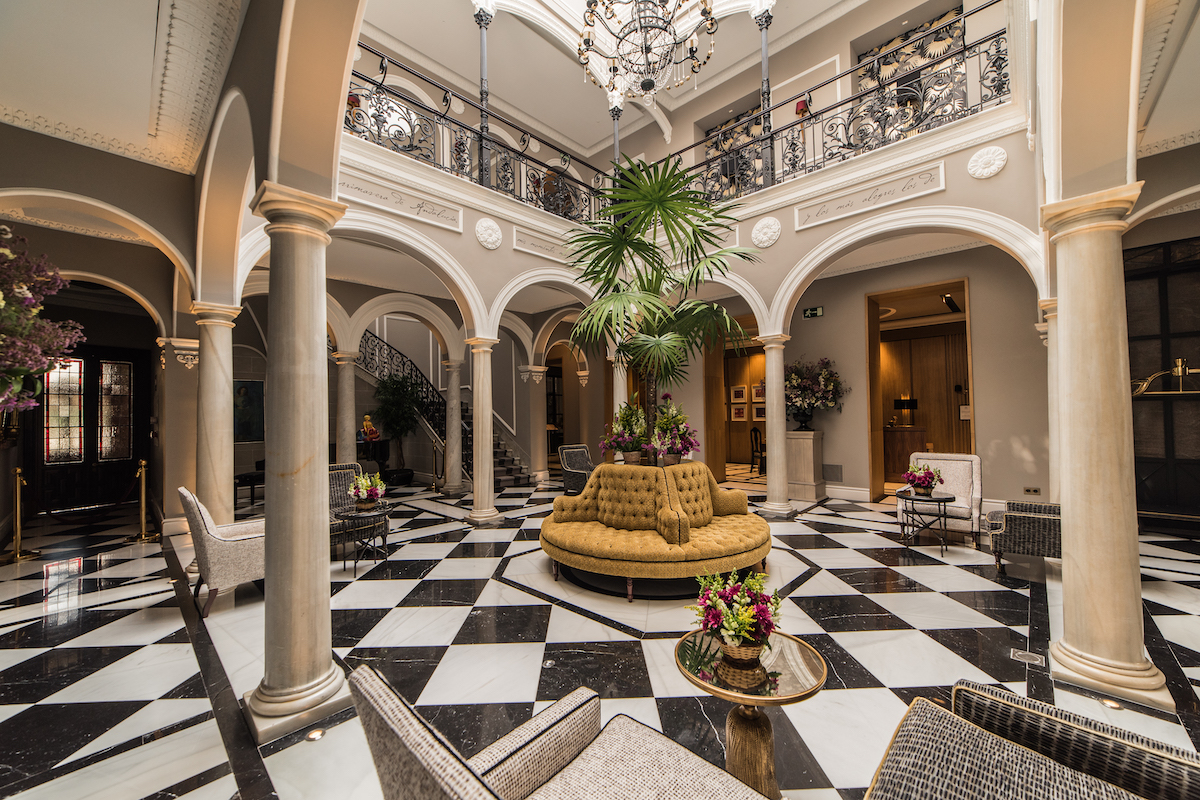 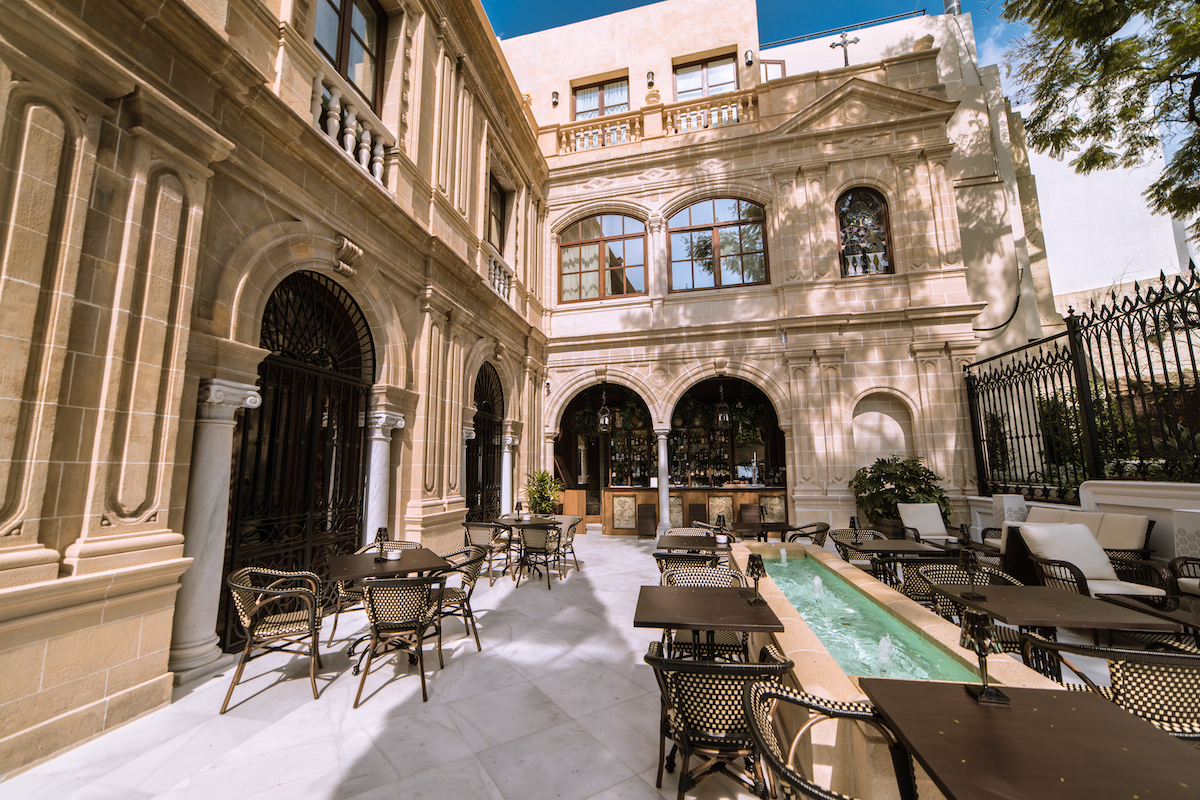 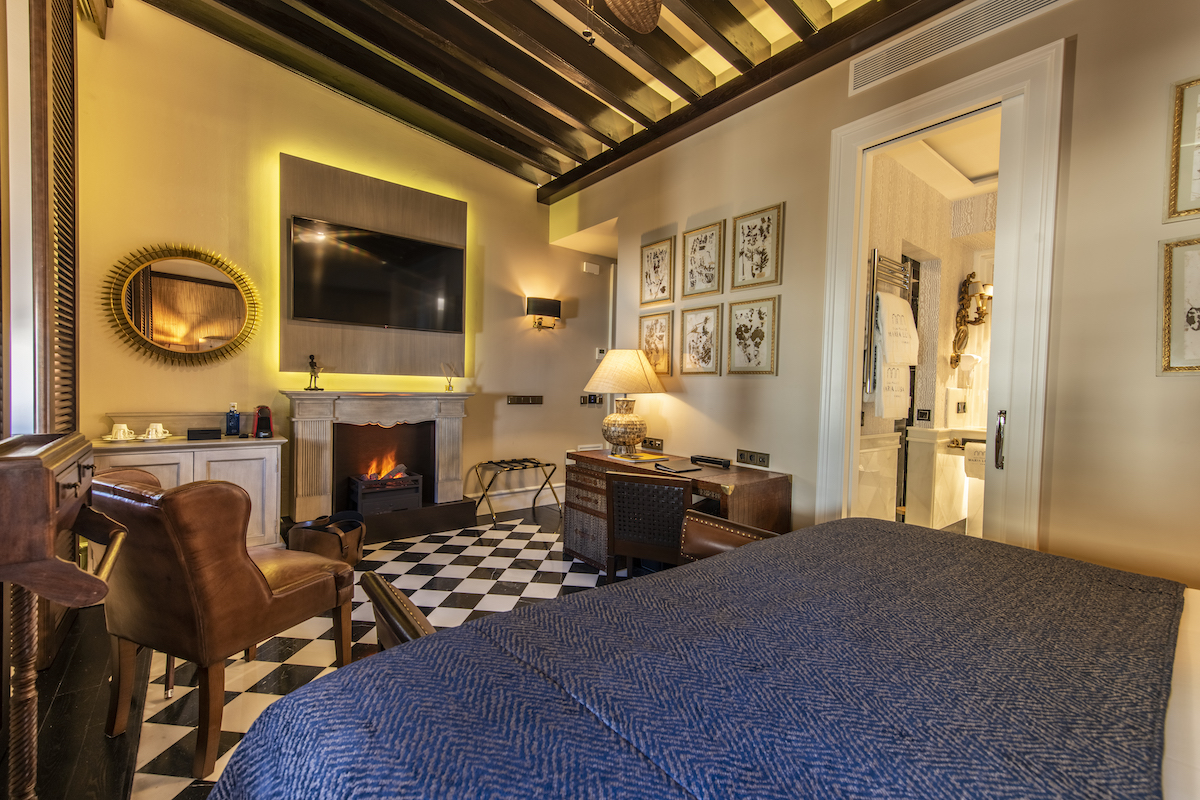 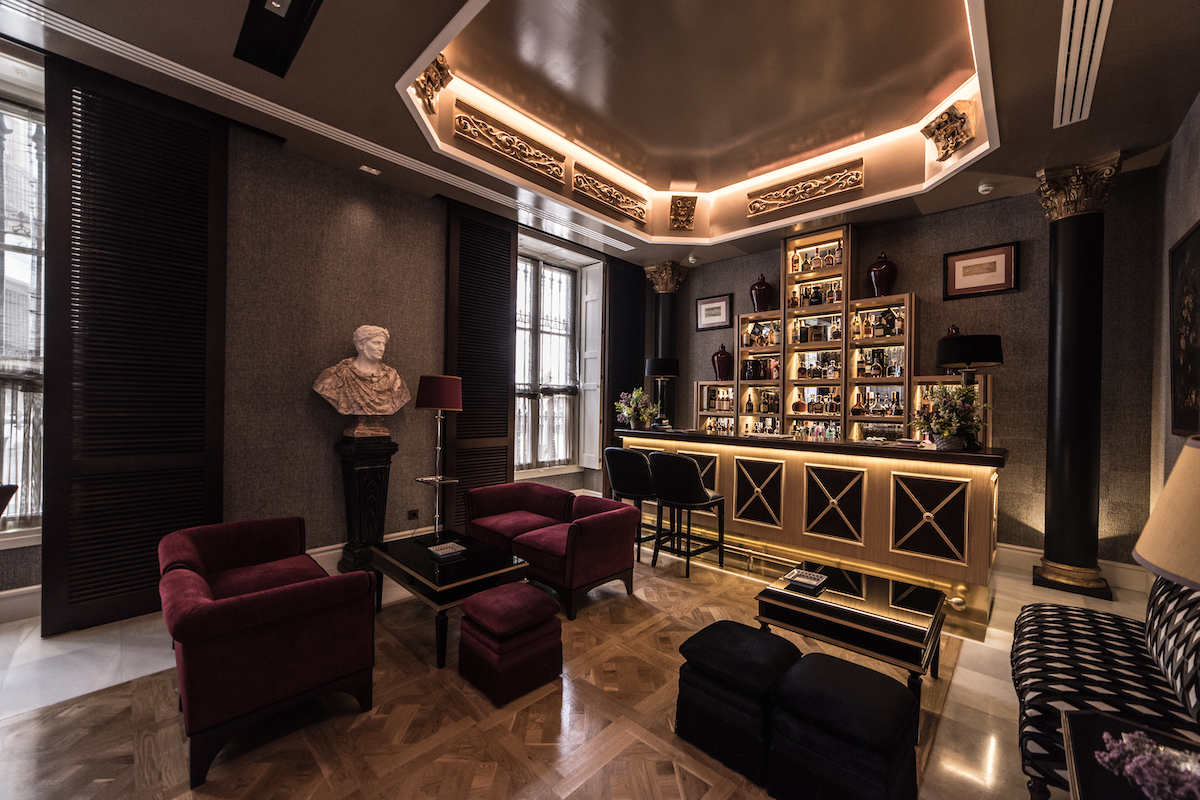 The hotel stands 500m from Jerez Cathedral and less than 1km from Plaza del Mercado shopping centre. Both Jerez Airport and the popular racetrack Circuito de Jerez are 14km away.

Standing on a 17th-century estate at the foot of the Tramuntana Mountains – a UNESCO World Heritage Site – is Gran Hotel Son Net.

This restored building has preserved all the authenticity of a genuine Majorcan villa, with a pink facade that looks onto its very own vineyard, gardens and patio. 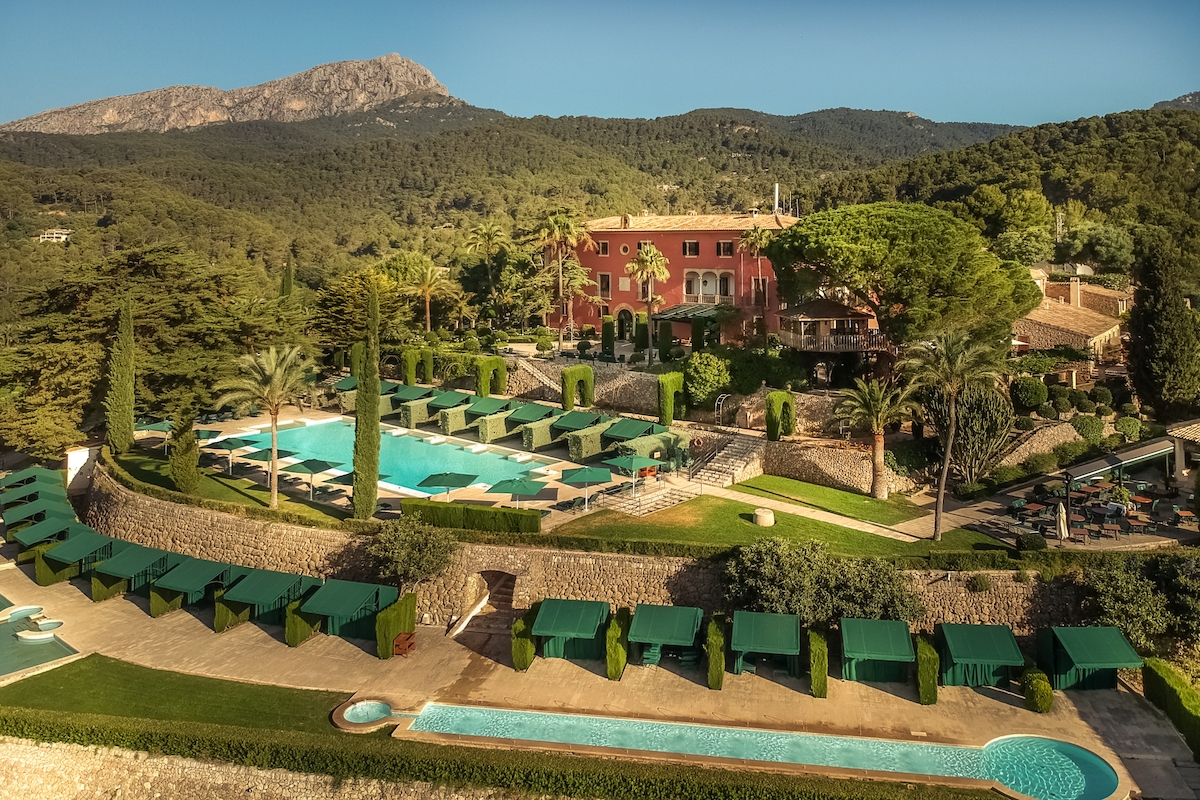 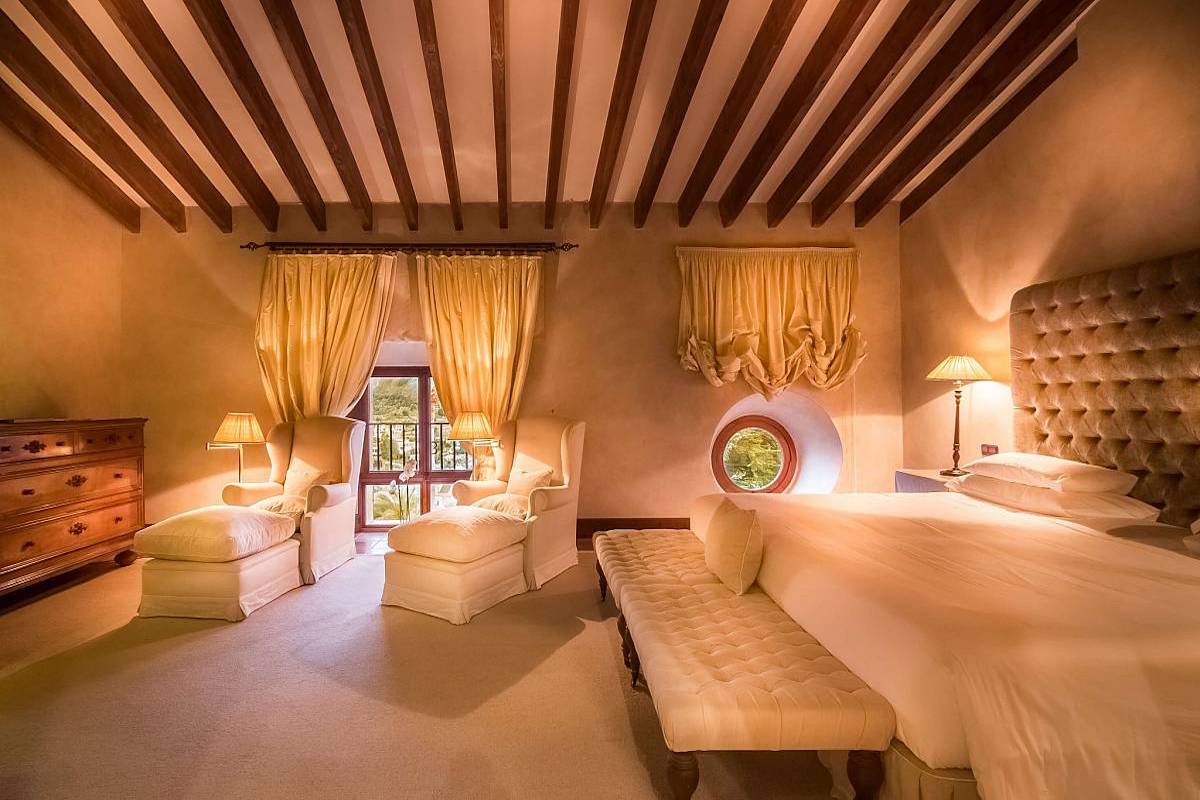 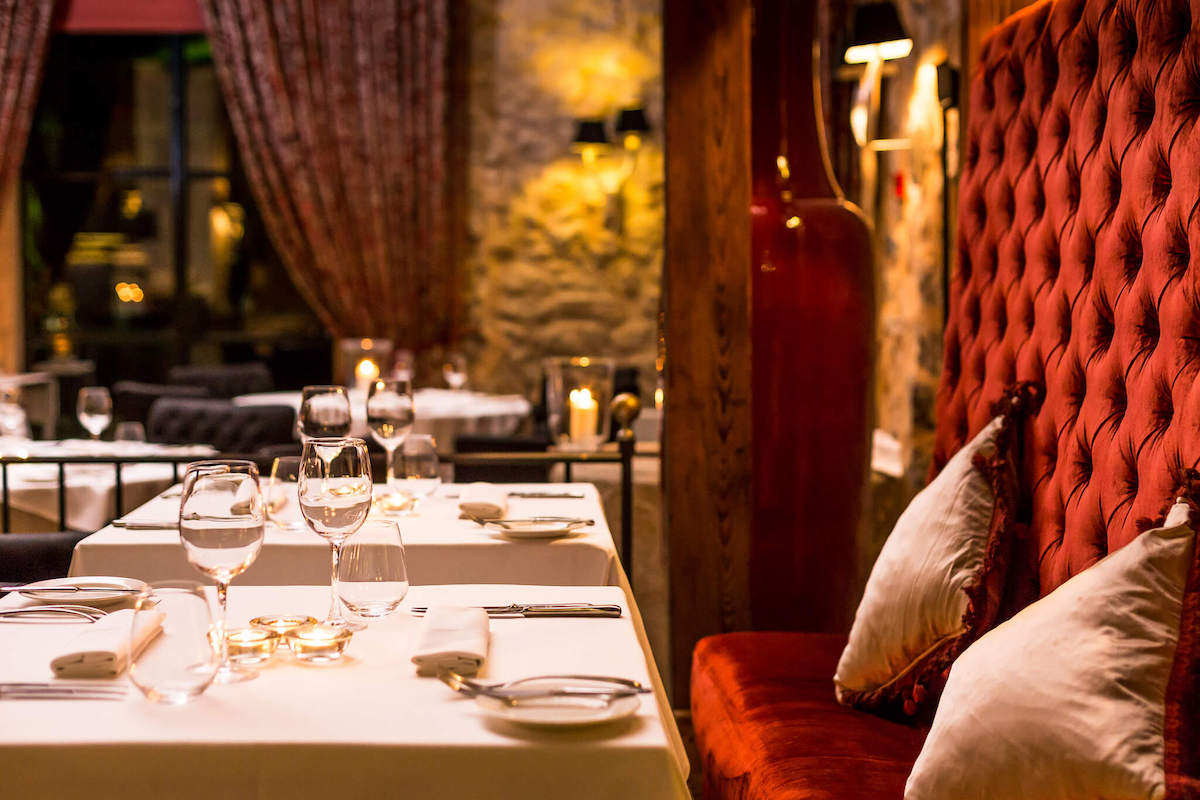 The luxury hotel has two restaurants: Oleum, a lavish and intimate venue inside the main building, which features a 17th-century oil press as its centrepiece, and The Gazebo, an informal space that’s typically open for outdoor summer dining.

The hotel has 31 elegant rooms, a swimming pool surrounded by private cabins, a wellness and beauty lounge and a collection of contemporary art.

Half a hectare of Malvasía white-grape vineyards beside the hotel allows guests to taste the house wines and learn about winemaking.

Gran Hotel Son Net is a 20-minute drive from Palma and only 30 minutes from the airport.

NOA Boutique Hotel is located opposite the Santa Cruz Castle in Oleiros, Galicia in north-western Spain. It’s a convenient 10-minute drive from A Coruña airport and 45 minutes from Galicia’s capital, Santiago de Compostela.

Oleiros is known for its beaches, walks and natural monuments, such as the Costa de Dexo-Serantes, a protected area of environmental importance. Other attractions include the Mera Lighthouse and the Aúla del Mar Marine Interpretation Centre. 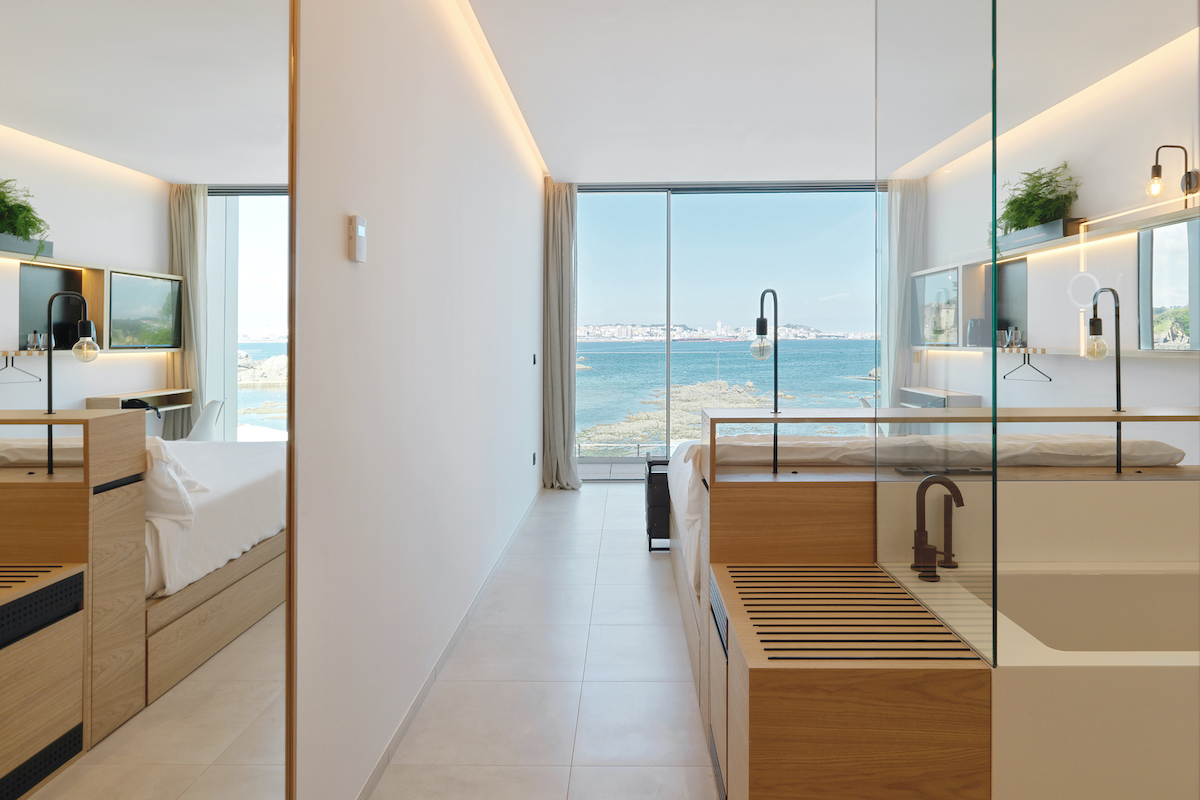 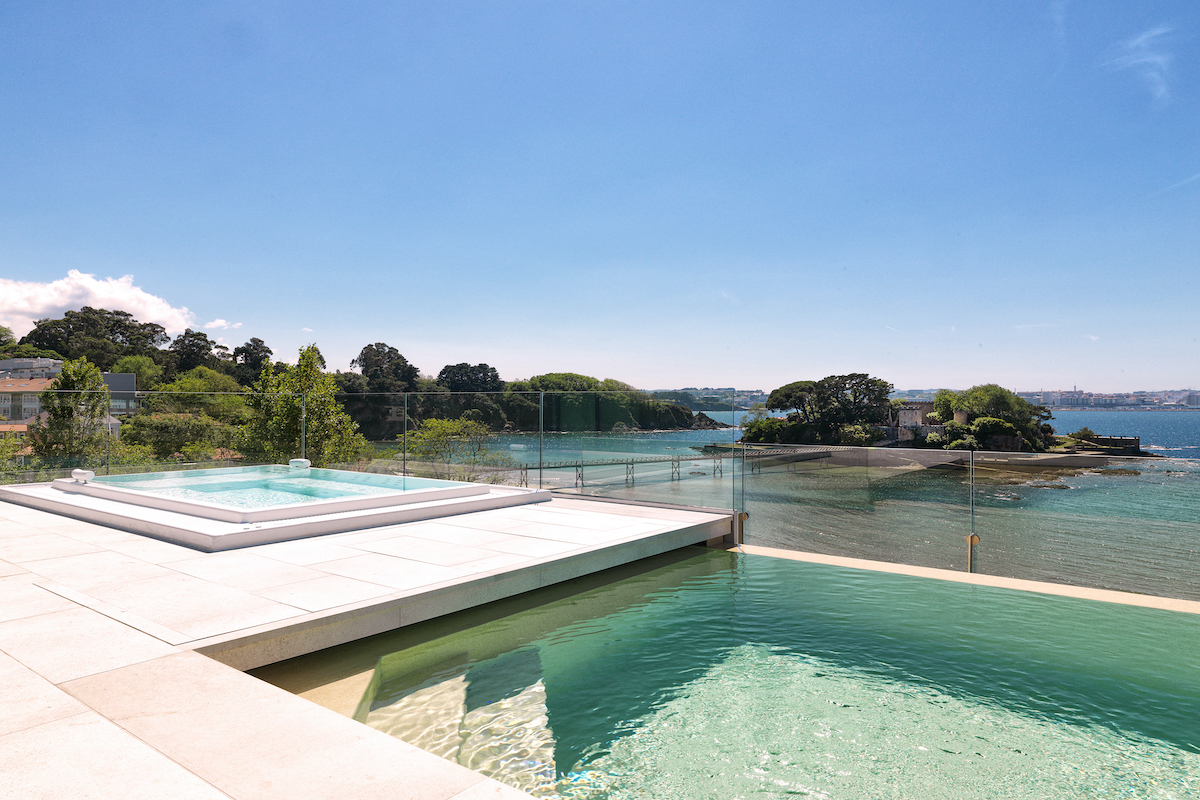 The property also has a restaurant, outdoor swimming pool, fitness centre and bar. The dining menu is authentic Galician cuisine, which features fresh and seasonal produce.

Palacio de Luces (The Palace of Lights) is a recently restored and refurbished 16th-century residence surrounded by 13,000m2 of beautiful gardens.

The property was previously owned by the Victorero family, who carried multiple generations of nobility and were known for their participation in the battles of the Reconquest.

Situated in Asturias, Palacio de Luces is about 10 minutes’ drive from Lastres, La Griega and La Isla beaches. It’s a 40-minute drive from Oviedo and only 25 minutes from Gijón.

The property has 44 rooms, a restaurant specialising in Asturian cuisine, an old chapel built within the palace and several terraces to enjoy the historic surroundings.

Visitors can walk up to the Pienzu Peak (the highest mountain in Europe in terms of its proximity to the sea), take surf classes or play golf as well as enjoy the local culinary delights.

An upscale hotel in the former palace of politician and Spain’s first prime minister Adolfo Suárez, this is the only five-star accommodation within the historic quarter of Ávila. 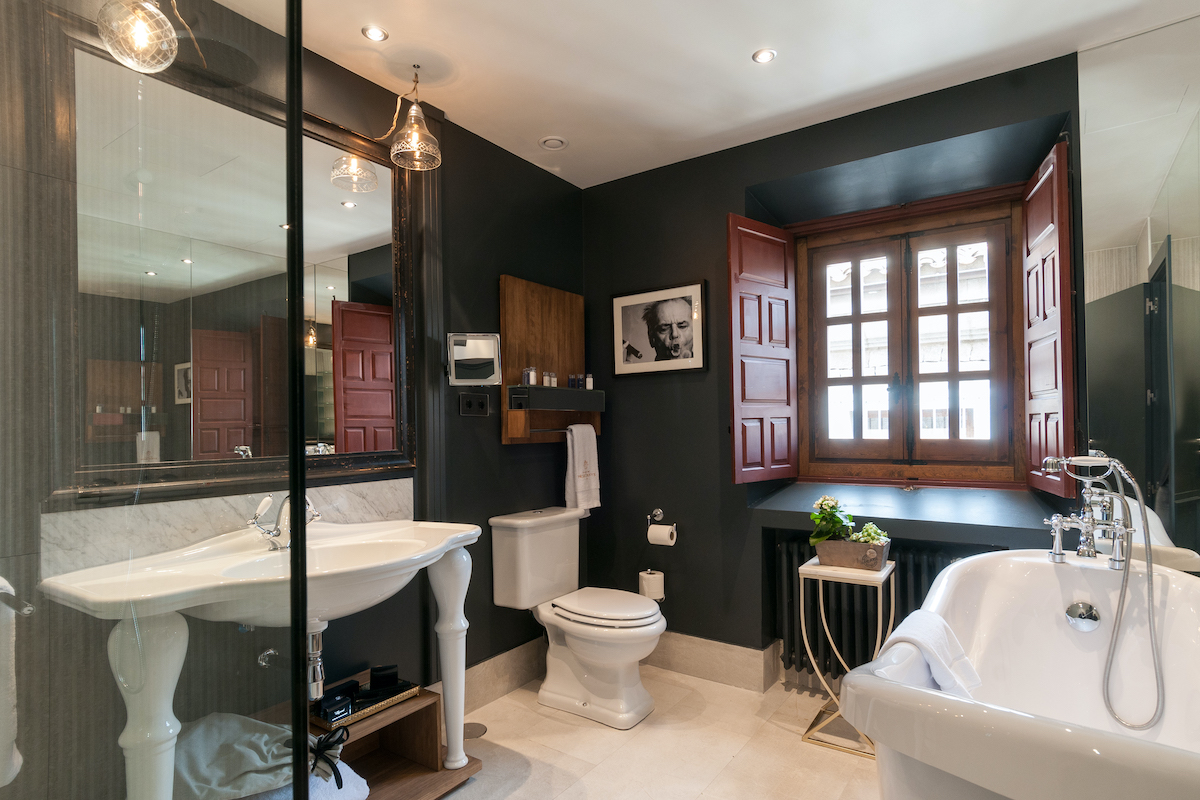 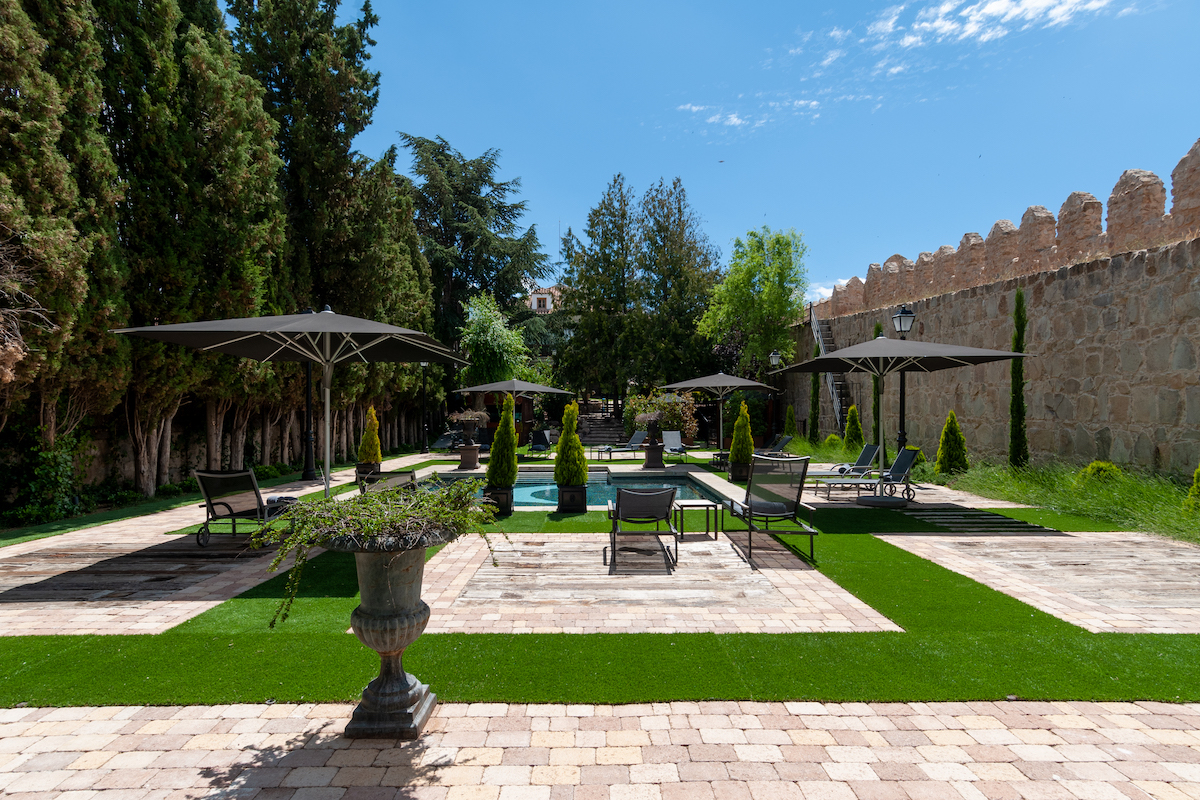 The property offers 10 rooms and a large garden that runs directly up against the Ávila City Wall – a UNESCO World Heritage Site.

The Casa del Presidente has an outdoor swimming pool with a bar where guests can enjoy Castilian regional dishes in the open air, complemented by the hotel’s wine cellar, which stocks both local and international wines.

In the heart of the old town of Cáceres, sommelier José Polo and chef Toño Pérez provide an experience of culinary excellence at their two-star Michelin restaurant, with dishes that showcase authentic flavours in a contemporary setting. Atrio Restaurant is renowned for its vast selection of wines curated by Polo.

Atrio Hotel Relais & Châteux is walking distance from historical attractions – the Cáceres Museum, Bujaco Tower and Palacio de los Golfines de Abajo are all nearby. Otherwise, there is the option of simply losing oneself in the medieval town.

Located on the edge of Doñana National Park, this traditional house in the small yet incredibly character-filled village of El Rocío has been converted into a hotel. It’s 19km from Matalascañas beach and a short drive from Seville and Huelva. 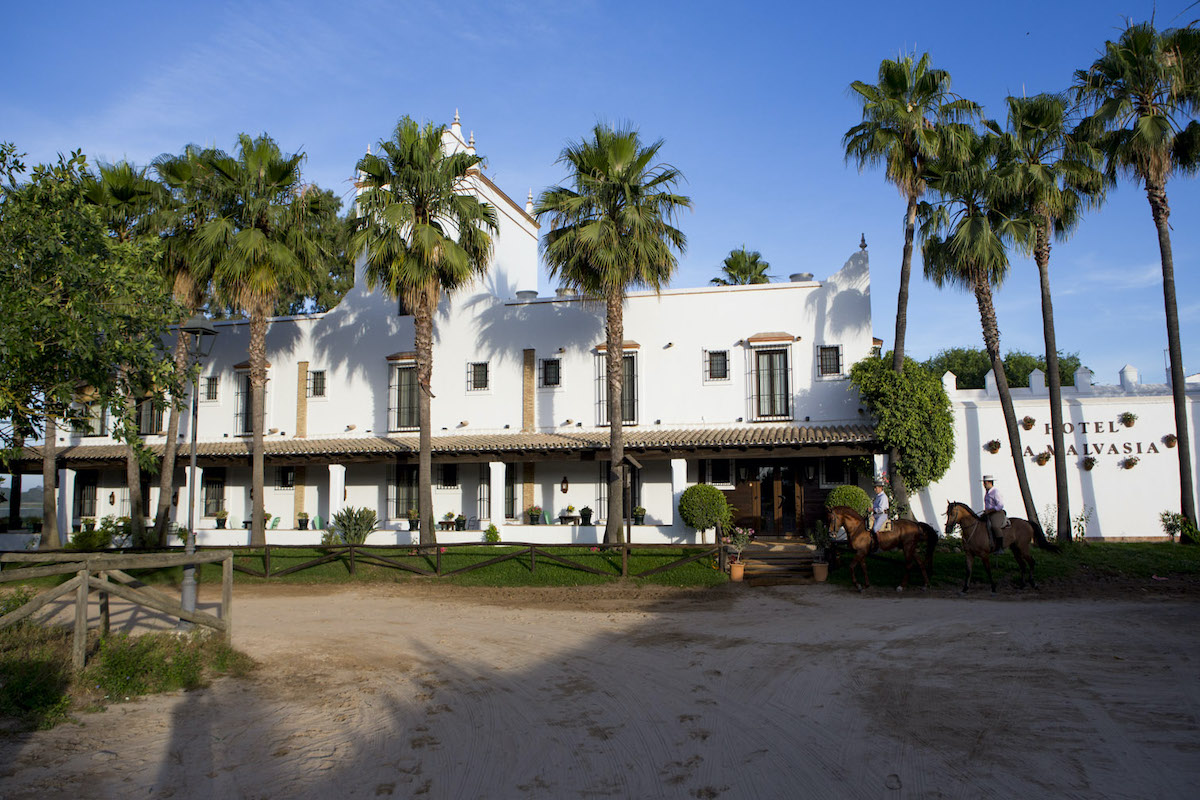 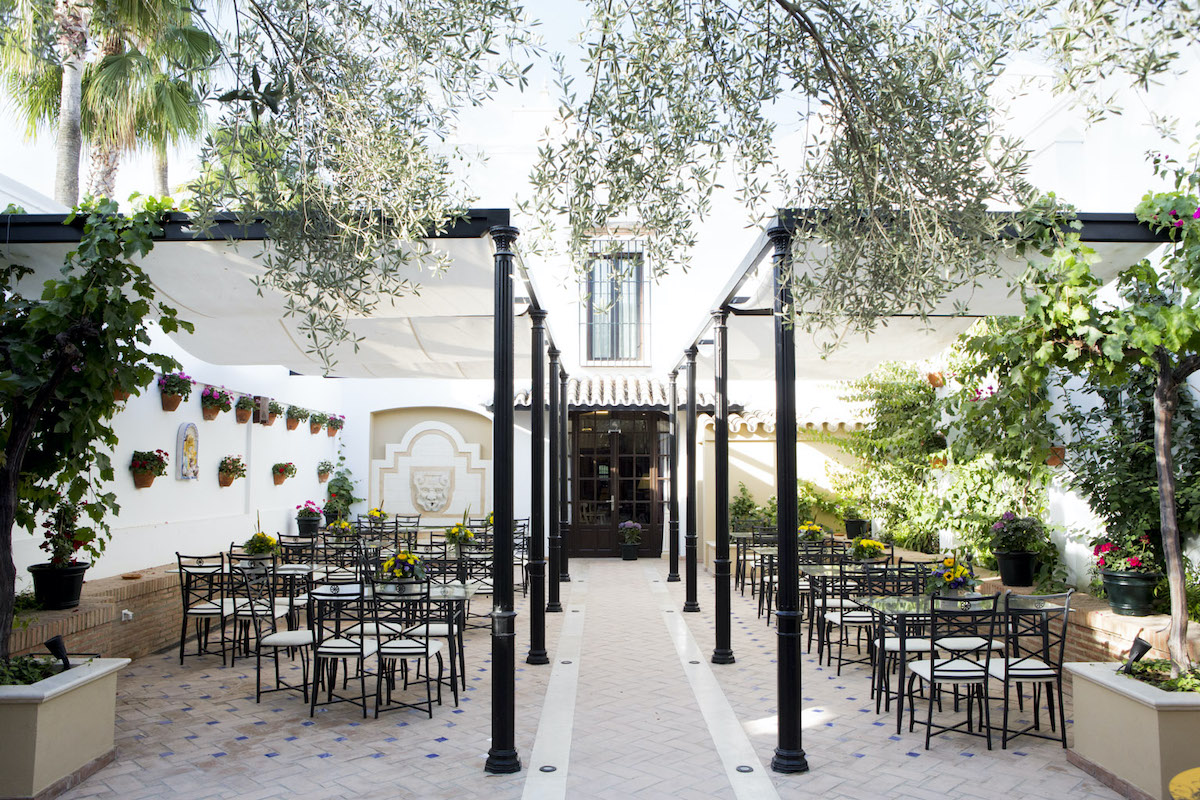 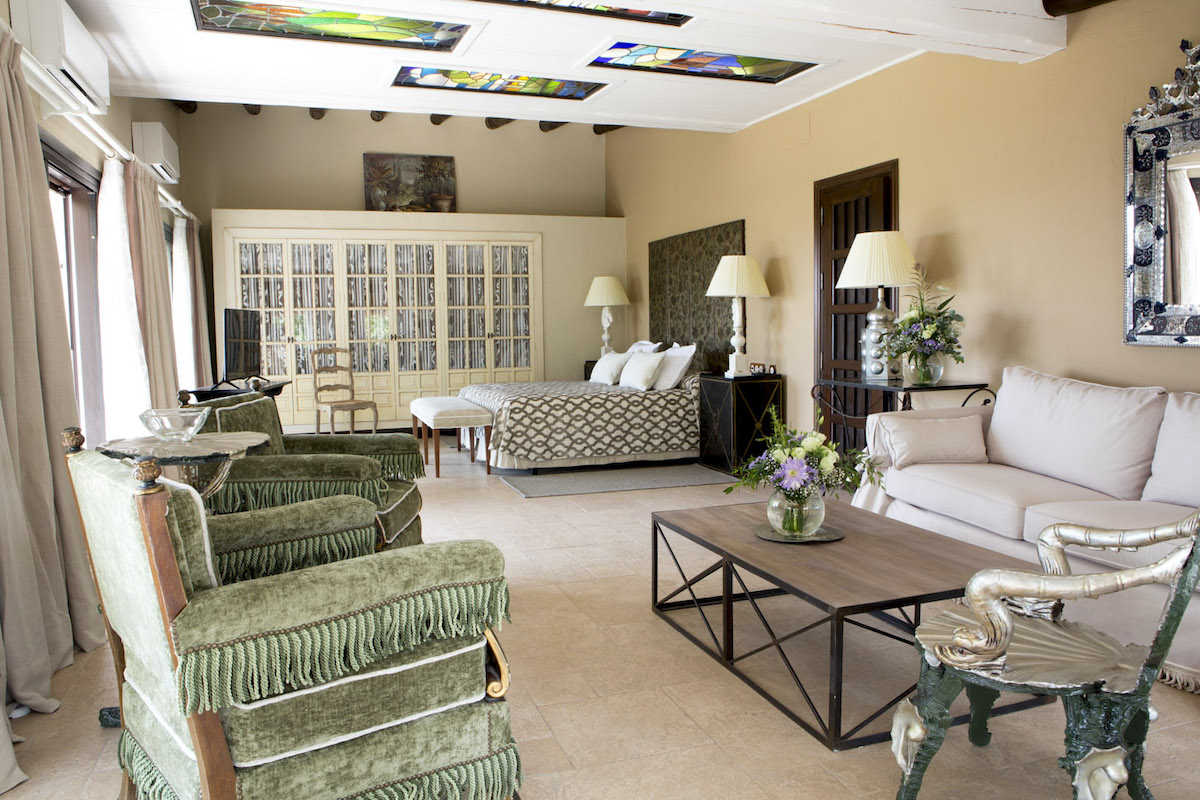 Its 16 rooms are decorated in Provençal style to combine rustic charm with the comforts of a fully equipped modern hotel, and feature tiled floors and ceilings with exposed wooden beams.

This five-star hotel at PGA Catalunya Resort is a short drive from Girona and the Costa Brava and less than an hour from Barcelona.

The hotel has two award-winning competition golf courses available to guests – the challenging Stadium Course, rated the number one course in Spain six years in a row, and the less-demanding Tour Course.

CoolRooms Atocha is a Madrid mansion built in 1852 that has been converted into a 35-room luxury hotel. Two of the rooms – the CoolSuites – are each equipped with an outdoor jacuzzi and private terrace with views of the Madrid skyline. For dining options, the hotel recommends its CoolRooms Restaurant, or its pintxos bar, El 34. With the property suitably located in the District of Letters, an area of the city centre known for Spanish gastronomy and theatre, visitors can experience the essence of Madrid’s culture at their doorstep.

Seville is home to three UNESCO World Heritage Sites, all of which are found a few minutes from Palacio de Villapanés. These sites include the Seville Cathedral, the Real Alcázar de Sevilla royal palace and the General Archive of the Indies. The hotel is an attraction in itself, having been declared a City Site of Cultural Interest for its historical and hereditary importance. The grand building comprises 50 guest rooms, a wellness area, a terrace from which to enjoy the Sevillian sunsets and a highly acclaimed restaurant serving modern Mediterranean dishes.

Fontecruz Sevilla Seises is a restored 16th-century palace situated in one of the most popular parts of the city, the Barrio Santa Cruz neighbourhood.

The rooftop terrace, Terraza Pura Vida, features a solarium and swimming pool along with views of Seville’s historic quarter. The 42-room boutique hotel is less than 200m away from Seville Cathedral and its bell tower, La Giralda.

The property’s Beach Club Slow is where guests can enjoy a refreshing cocktail, fruit juices and beauty treatments. Visitors are also privy to the hotel’s traditional Sevillian courtyard, which serves a buffet breakfast every morning and brunch on weekends.

Only a couple of minutes away from the Sigüenza town centre lies this charming hotel housed in a 14th-century building with views of the Alto Henares valley. It’s also just an hour away from Madrid. 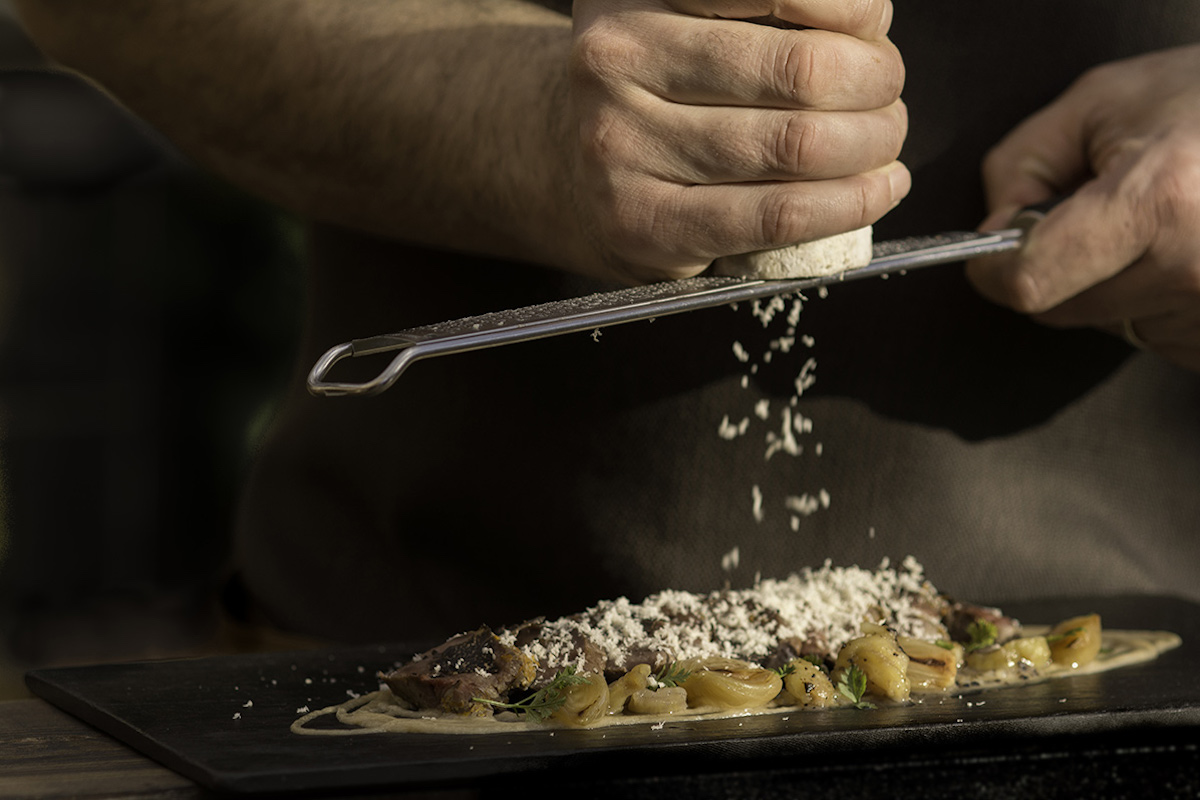 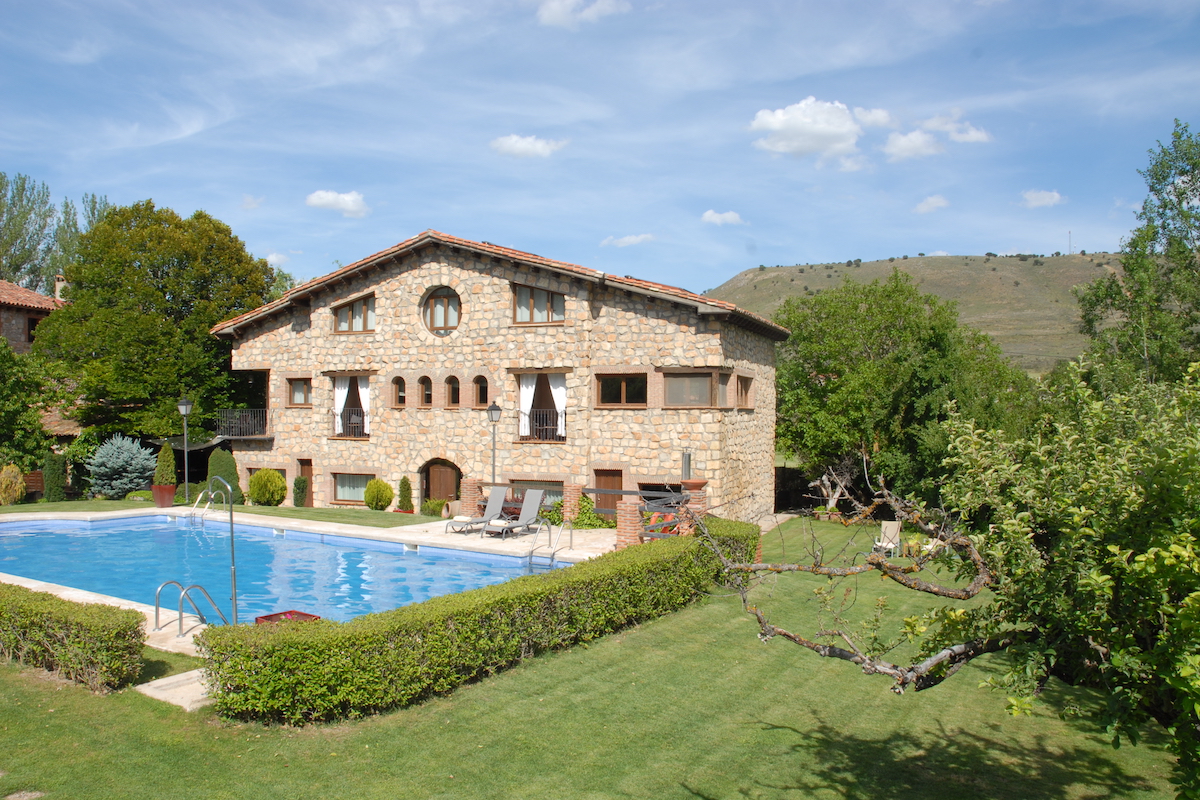 Sigüenza is a historic, medieval town that boasts centuries-old architecture and a delicious cuisine based on local produce, while also being home to a variety of craftwork preserved by family tradition.

This Autograph Collection hotel was built in the Renaissance Palace where the Empress Eugenia de Montijo of France subsisted.

The 40-room hotel pays homage to its history with the main hall – and heart of the hotel – featuring a large bar crowned by a portrait of the Empress. 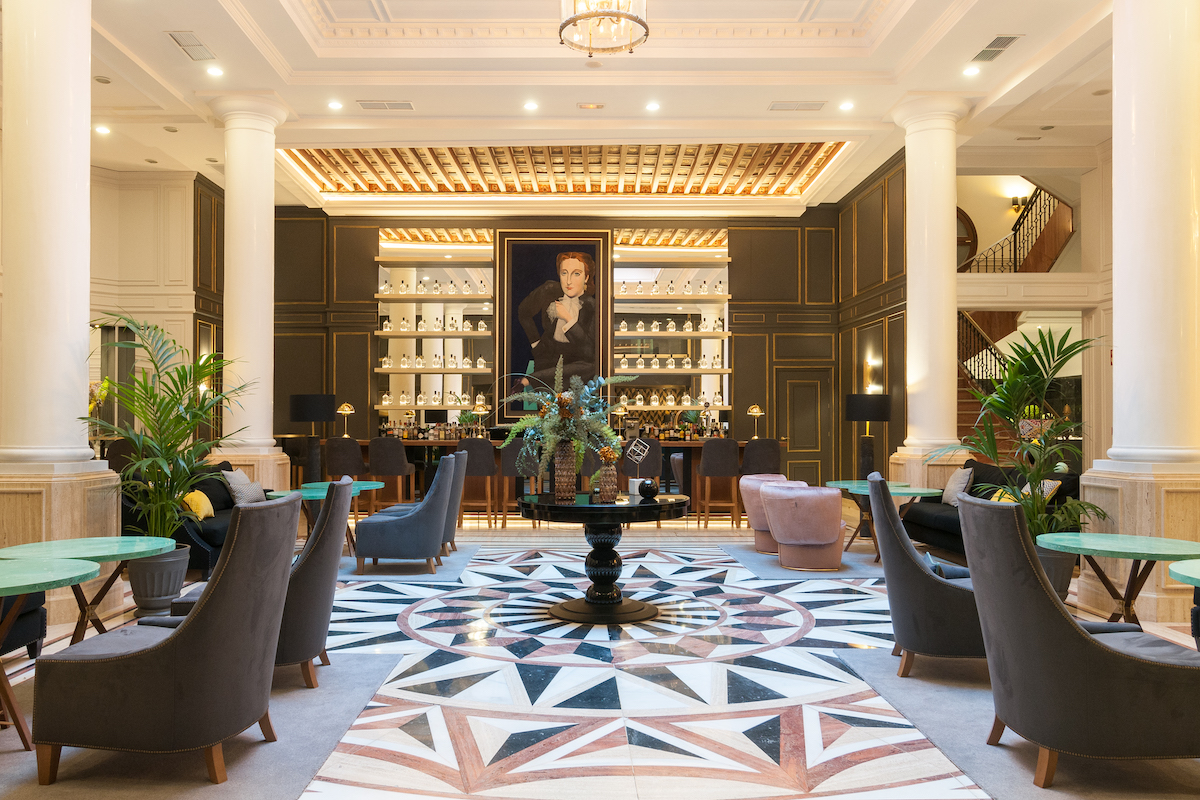 There is also a variety of spaces such as the Mazapán Corner where guests can enjoy tea with this traditional Spanish pastry, or the Dressing Room, a private space decorated with mirrors to resemble Eugenia’s dressing room, where visitors are able to enjoy a secluded lunch.

The hotel’s Federico Restaurant is located in what used to be the Palace Tower and is named after the Empress’s designer.

Eugenia de Montijo is located in the historic quarter of Toledo, only 300m away from the Cathedral and about a 10-minute walk from Toledo’s historical town square, Plaza de Zocodover, as well as its main shopping areas.

More information on Preiper Luxe properties can be found here.