Another six hotels are being built in the States with a seventh planned in Edinburgh, Scotland. 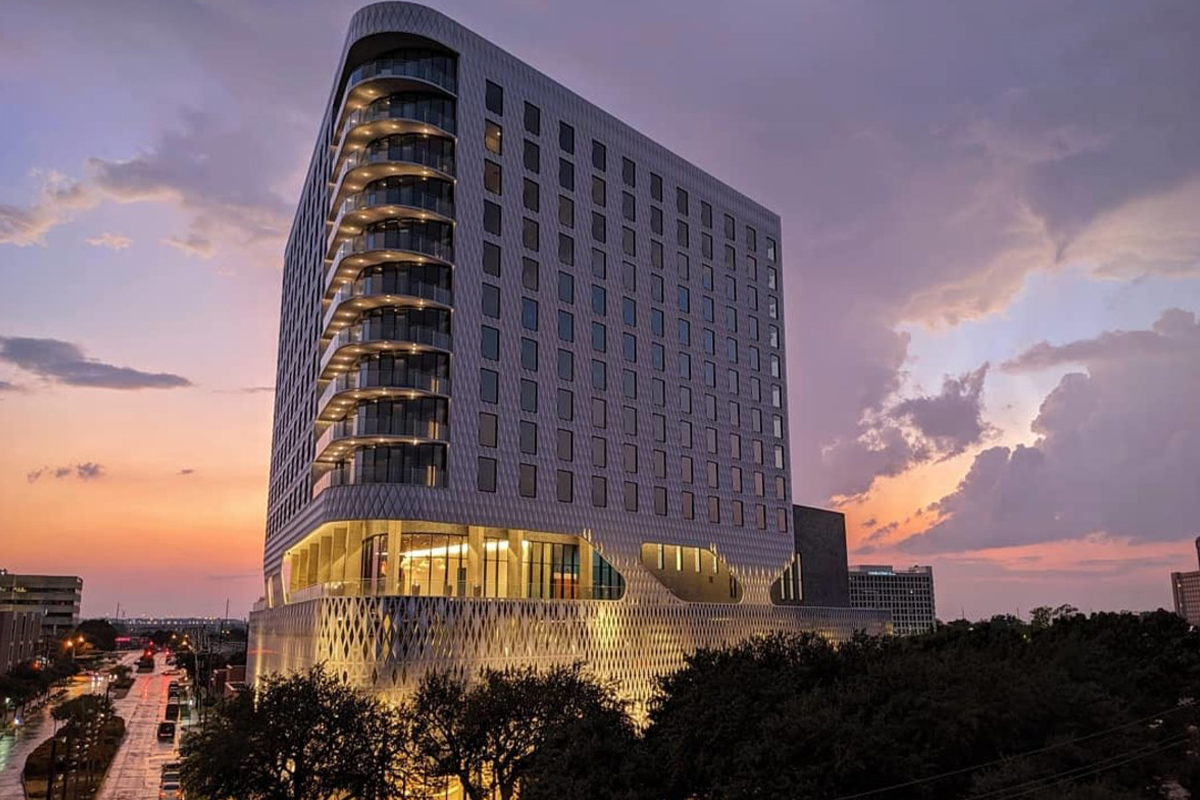 Sir Richard Branson’s Virgin Hotels will open their third hotel in the US within weeks.

Virgin Hotels Dallas, described as a boutique hotel, will follow Virgin Hotels San Francisco which opened in February. It will be Branson’s third hotel Stateside which started with the Chicago branch in 2016.

Another six hotels are being built in the US with a seventh planned in Edinburgh, Scotland.

“We decided to launch Virgin Hotels out of a frustration with the hotel industry – as a frequent traveller there is nothing more irritating than not being able to get good, free Wi-Fi or being charged extortionate prices in your mini bar.”

Virgin Hotels Dallas will open in the Design District on 15 December with killer views of the Dallas skyline from the V-shaped, 16-story high hotel. Virgin Hotels Dallas is encased in a pure white, diamond-patterned skin. Levels 6 to 16 houses the 268 rooms dubbed “chambers” which range from 323 to 1,395 square feet. There are also two penthouses with one called “Richard’s Flat”.

The first Virgin Hotel opened in Chicago in 2016 and Virgin pitched it as “a home away from home”. Its emphasis was on the female market and it has worked. Virgin CEO Josh Bayliss told the Financial Review in February that it was “highly profitable” with its rooftop bars, performance spaces, free Wi-Fi and two rooms plus yoga mat.

The second Virgin Hotel opened in San Francisco at the end of February with 192 chambers, each equipped with ‘Lucy’, a virtual personal assistant who can order room service, control your thermostat, and supply dinner recommendations and then make reservations straight from your phone.

“I’m confident that Virgin Hotels San Francisco — and future properties — will differ from our existing location in Chicago because of the huge focus on ‘local,’” Virgin Hotels CEO Raul Leal told Travel + Leisure. “Through its culinary offerings, design partners, and entertainment, we’ll be infusing local flavour into the offerings, while ensuring they have the Virgin thread embedded throughout.”

Virgin Hotels Dallas will be the first to have a rooftop pool. Construction of the Dallas site started in 2016. 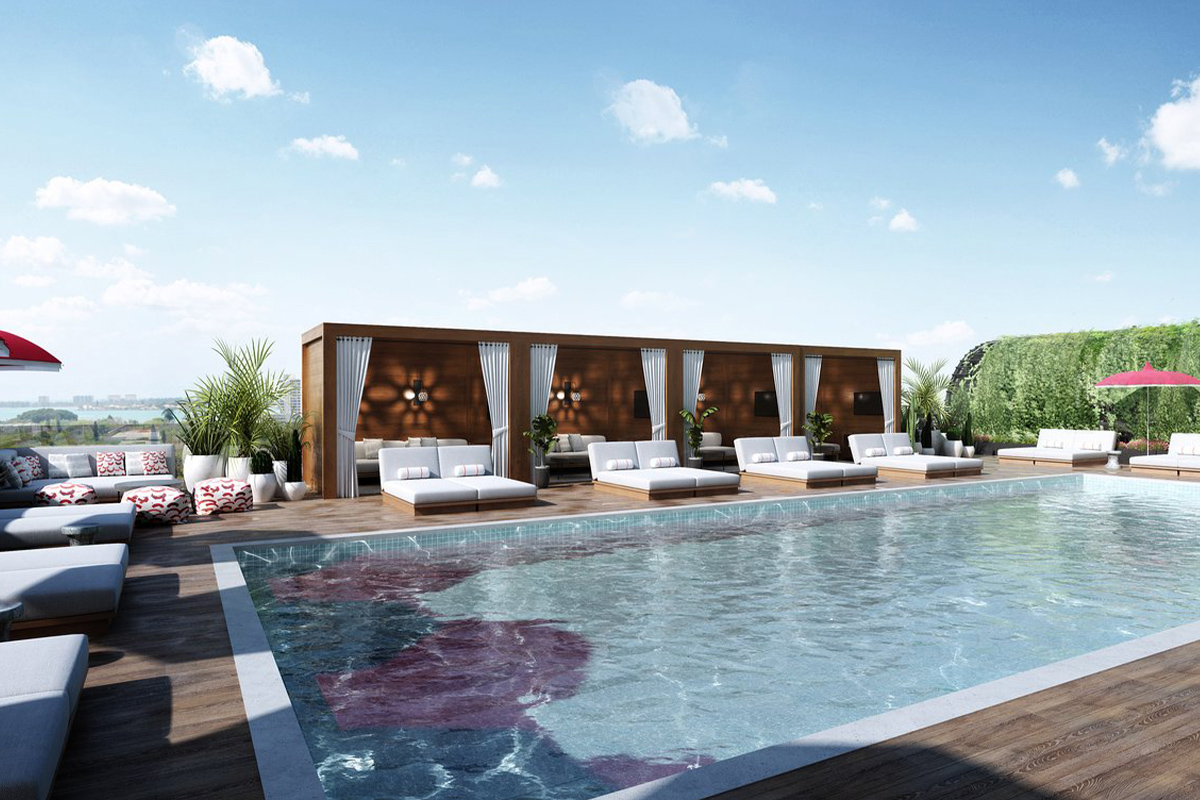 The rooftop pool club at the soon-to-be-opened Virgin Hotels Dallas. 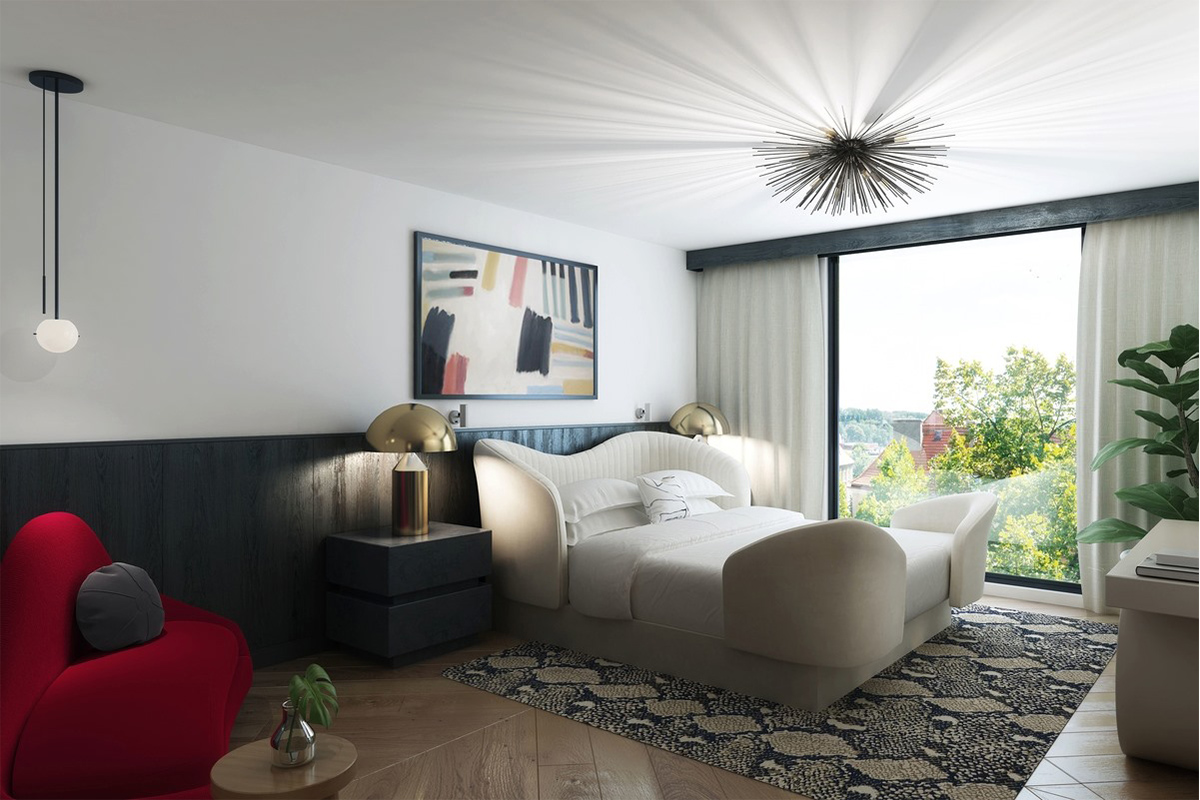 There are 268 Chambers in including two penthouses in Virgin Hotels Dallas. 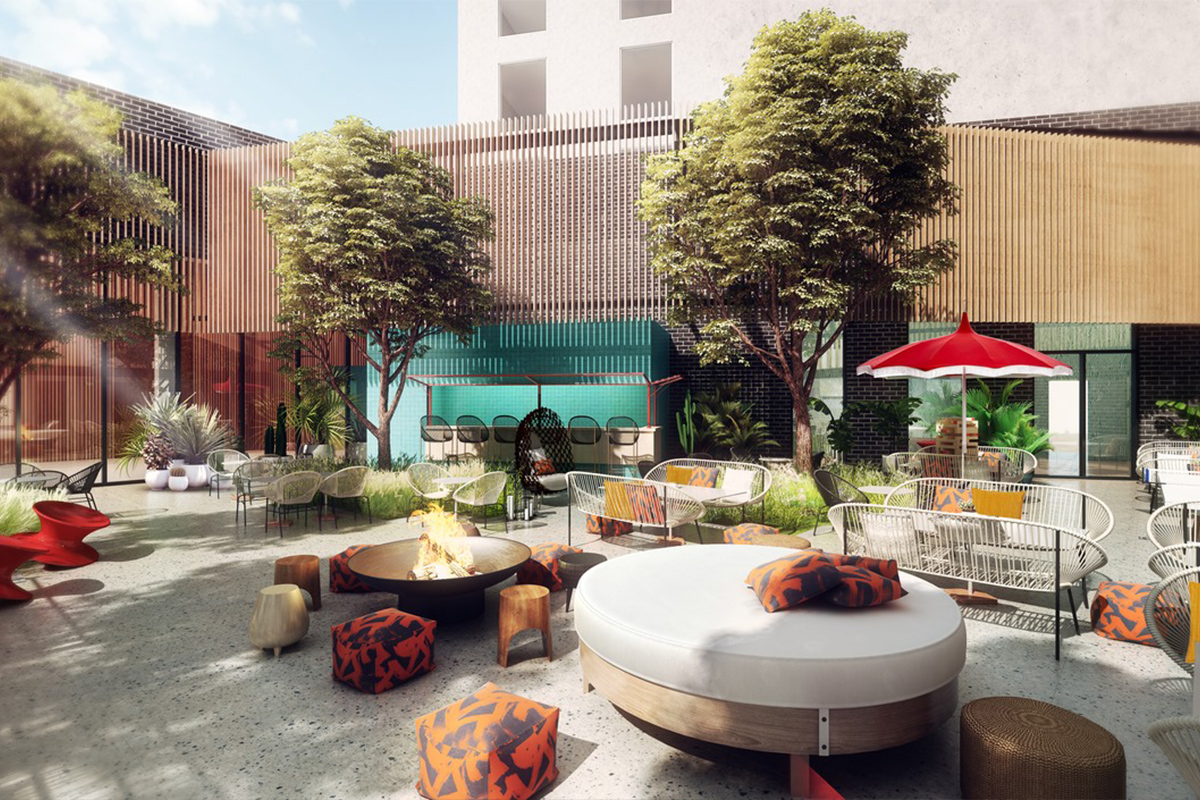 An outdoor area for relaxing and eating at Virgin Hotels Dallas.
[/img]

A fourth Virgin Hotel is also slated to open in Nashville next year. Virgin Hotels Nashville will be located at the start of the city’s historic Music Row and will feature 240 rooms and grand chamber suites. There’ll also be multiple dining and drinking options, a rooftop bar, pool and, fittingly for Music City, a speakeasy.

Virgin Hotels Nashville is a new-build and its neighbours include some of the most famous recording studios in music history, together with shops, restaurants and other attractions related to the city’s musical history.

“Nashville’s time is now, and we want to be part of that excitement,” said Branson.

“We decided to launch Virgin Hotels out of a frustration with the hotel industry – as a frequent traveller there is nothing more irritating than not being able to get good, free Wi-Fi or being charged extortionate prices in your mini bar. With Virgin Hotels we want to solve these kinds of problems and make staying in a hotel a really comfortable, customisable, fun experience.

“It’s great to see this ethos come to life in our Virgin Hotels Chicago, which was the first to open its doors in 2015. I’m really proud that it was crowned the best hotel in the US by Condé Nast.”

Virgin Hotels is also making a new home in the Big Apple. Virgin Hotels New York will be located on the northwest corner of 29th Street and Broadway in the NoMad neighbourhood, close to many famous NYC attractions. This is a new build that is expected to open next year with 500 guest rooms, meeting spaces, and multiple food and beverage venues, including the brand’s flagship space, Commons Club.

“Las Vegas has always held a special place in my heart,” said Branson. “Virgin Atlantic and Virgin America have enjoyed flying many passengers and holiday makers to Las Vegas over the years and I’ve always felt that Virgin Hotels will thrive there as well. I’m looking forward to Virgin Hotels painting the town red.”

Virgin Hotels Silicon Valley will complement The Fields, a development community comprising more than 1,100 residential units and 150,000 square feet of retail space. Named after the “fields of science” that are deeply engrained within the local tech community, this development plays a large factor to the transformation of the city of Milpitas into a major tech-hub and residential area.

Virgin Hotels Silicon Valley which is anticipated to open in 2020 will feature 200 rooms and Grand Chamber Suites. Multiple dining and drinking outlets, Commons Club, a coffee shop, meeting spaces, a rooftop bar and live music venue. Strategically located between the I-680 and I-880 freeways, the development is also adjacent to Milpitas’ Great Mall, which is currently undergoing a US$20 million renovation.

Virgin Hotels has announced plans to open and operate a new hotel in the Warehouse District of New Orleans by late 2020.

Raul Leal, CEO of Virgin Hotels, commented, “New Orleans is an incredibly special city and one Virgin Hotels has had an eye on from the beginning. The history, the food, the music, the spirit – they all work together to make it a one-of-a-kind destination for both business and leisure travellers. We’re excited to bring the Virgin experience to the Big Easy because it’s a perfect fit in terms of our values and our emphasis on creating unique and immersive experiences for our guests”.

Virgin Hotels New Orleans is situated in the city’s Warehouse District at 550 Baronne Street. The up-and-coming area sits directly next to the Central Business District and is home to a growing number of new restaurants, galleries and shops. The new-build hotel will feature 225 rooms, Commons Club, a rooftop pool and lounge, gym, and dedicated meeting and event spaces.

Branson is also thrilled about the only hotel outside of the US that’s currently under construction in this phase of development.

“Edinburgh is such an iconic city and we’re thrilled to be able to say it will be the home of the first Virgin Hotel in the UK and across Europe,” he said.

Located in the landmark India Buildings in Edinburgh’s Old Town near The Royal Mile, the space itself will feature 225 rooms and multiple dining and drinking outlets, including the Commons Club. The property will be a mix of old and new reflecting the city’s eclectic and energetic style, while remaining true to its historic heritage.

“Virgin is not just a hotel, but a new and completely different experience – one that can be enjoyed not only by our visitors, but by everyone in the community,” added Michael Braun of Wessman Development.

“The addition of Virgin Hotels Palm Springs will positively impact downtown revitalisation and will benefit all of Palm Springs’ existing restaurants, hotels and shops for the next twenty years and beyond.”