British luxury leisurewear label Orlebar Brown has teamed up with IWC Schaffhausen to create a watch designed for the most stylish outings at sea. The year was 2012 and it was Daniel Craig’s most anticipated role as the iconic British agent known as James Bond. Following an equally iconic topless beach scene that has probably helped launch the actor’s career, 007 once again emerges from the crystal blue waters but this time from a Shanghai rooftop pool in Skyfall wearing nothing but a stylish pair of swim shorts. The name behind those shorts is Orlebar Brown and that same name has just announced a new partnership with Swiss watchmaker IWC Schaffhausen. 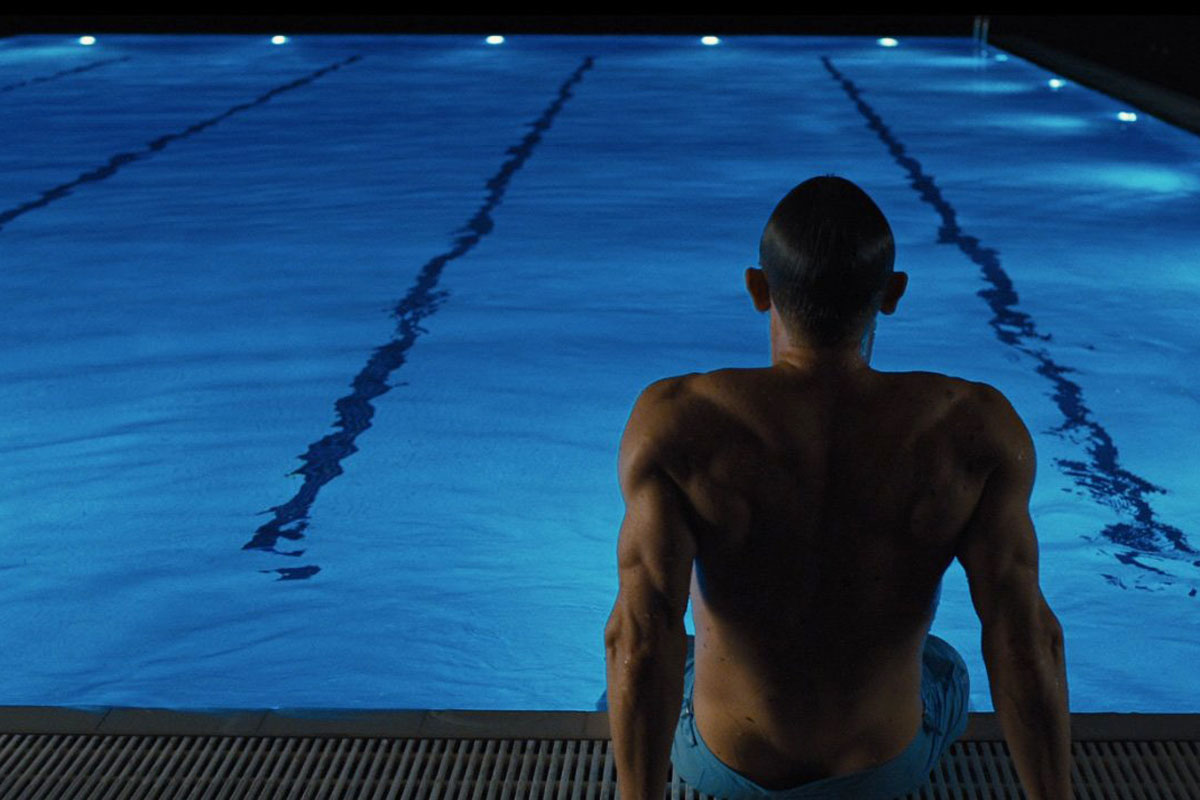 The unexpected pairing with the British luxury leisurewear label sees the arrival of the IWC Portugieser Yacht Club Chronograph Edition ‘Orlebar Brown’ timepiece. On the apparel side, Orlebar Brown has also released its own nine-piece collection of resort wear. 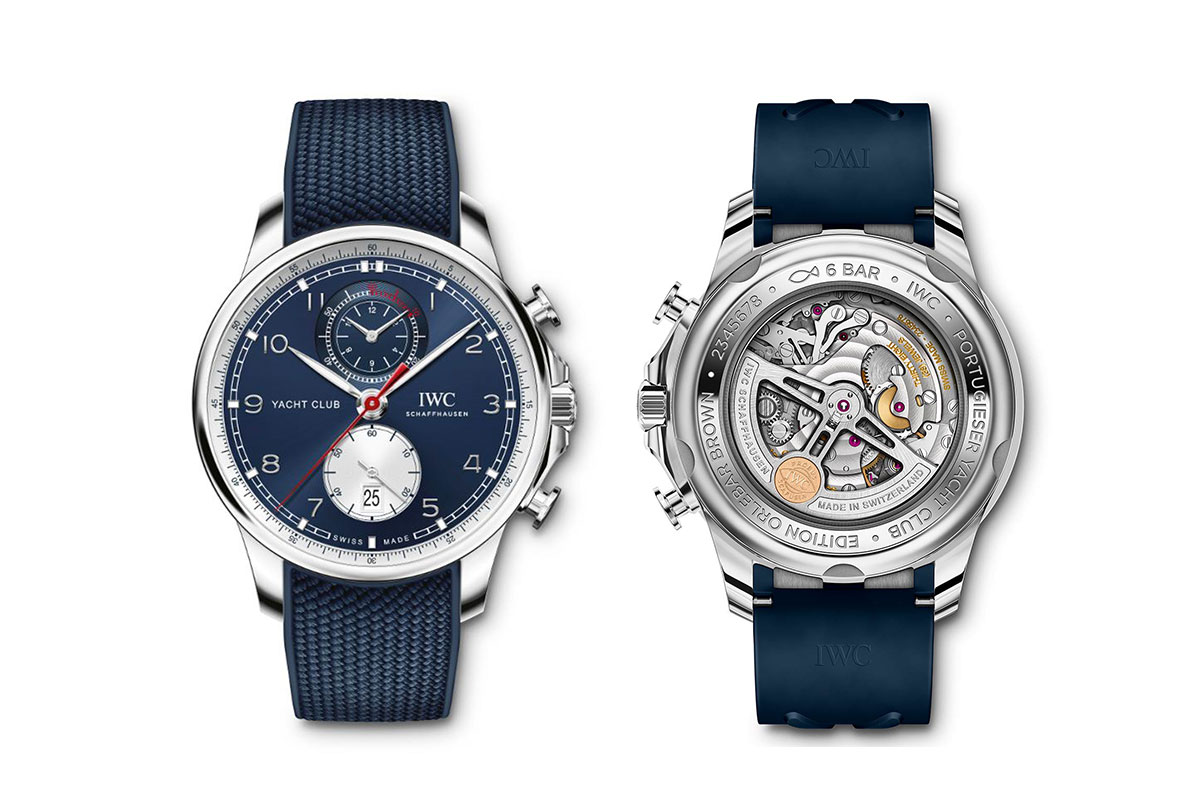 As the centrepiece of the partnership, the watch boasts contemporary lines and detailing to evoke its summer yachting aesthetic. A 44.6mm stainless steel case is paired to a marine-blue dial that features fine white and red accents on the markings and seconds hand. The colour combination is a nod to Orlebar Brown’s product range, which often features this same palette.

Driving the timepiece is an IWC-manufactured 89361 calibre movement that provides hours, minutes and seconds functions alongside chronograph counters at 12 o’clock and 6 o’clock as well as a date window. It boasts a power reserve of 68 hours.

The watch itself is in line with its sophisticated water sport design and features a water resistance rating of 60 metres. A blue rubber strap with textured inlay and a co-branded fastener deployment strap finishes the piece with a chic nautical pedigree. 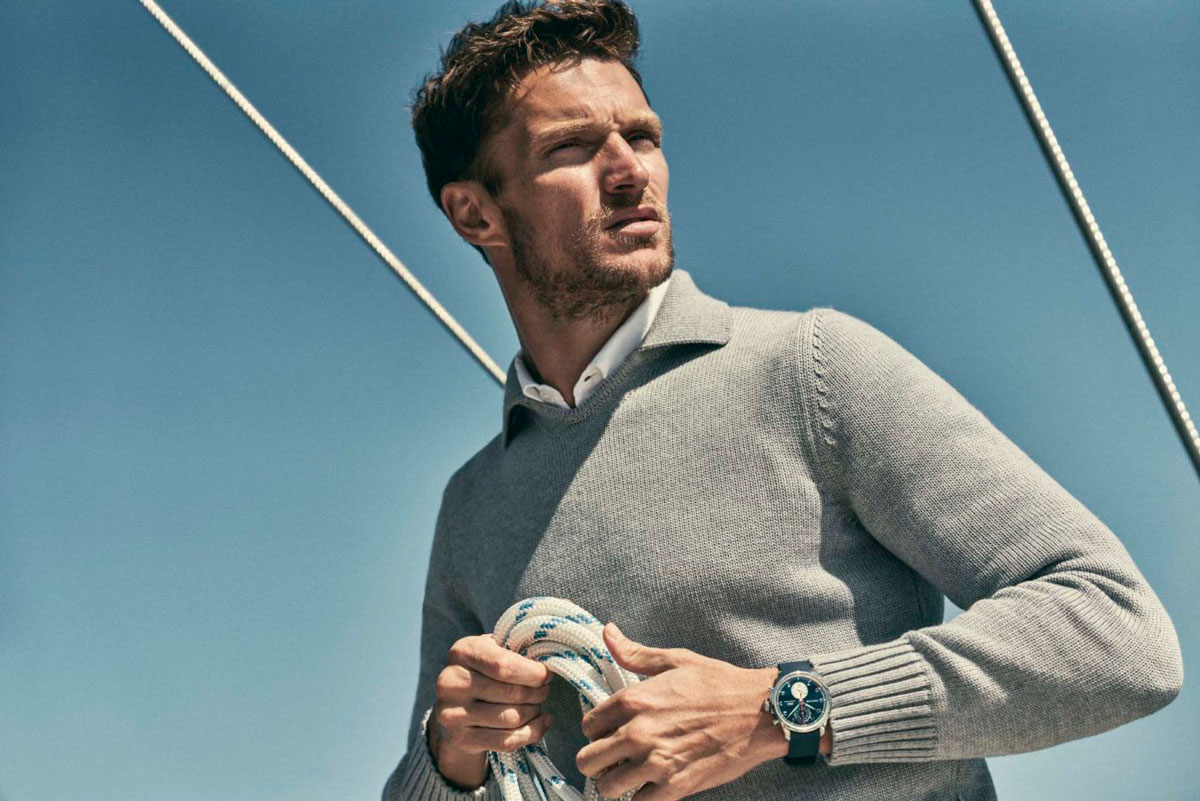 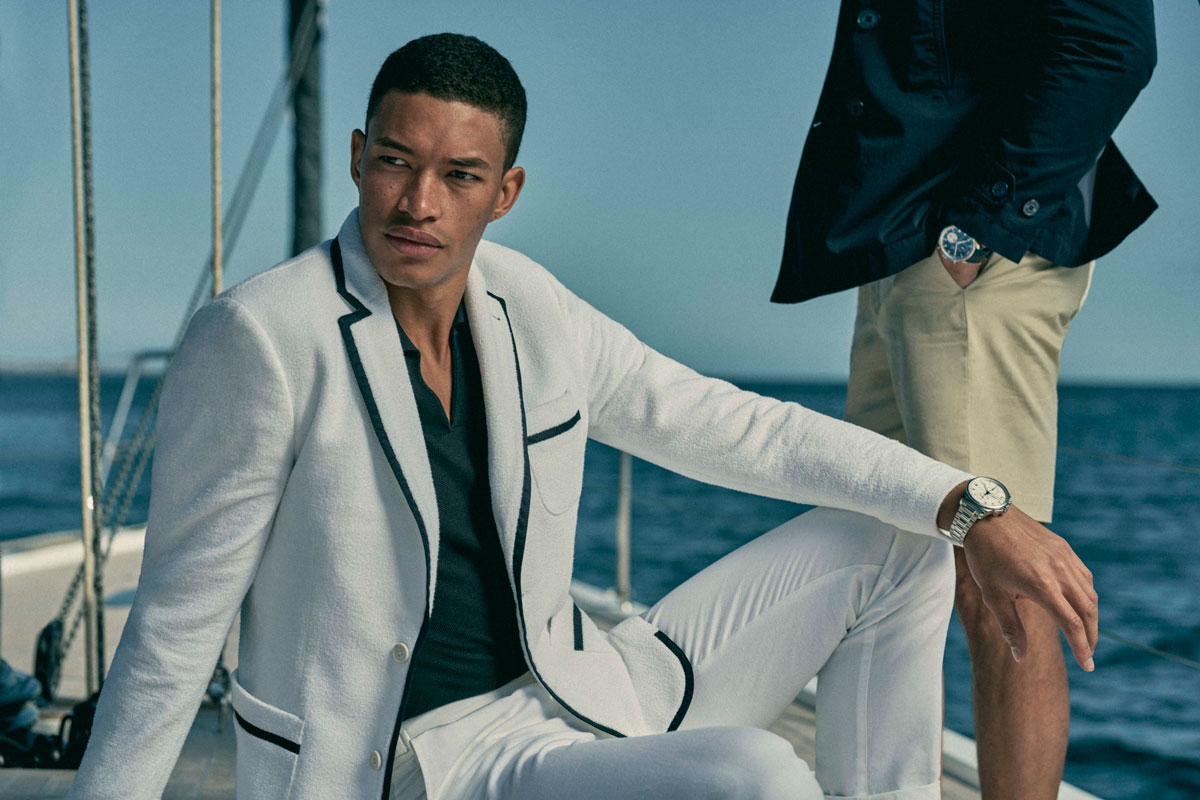 Explaining the partnership, CEO of IWC Schaffhausen Christoph Grainger-Herr said that both IWC and Orlebar Brown were united by craftsmanship, innovation and quality.

“Orlebar Brown has reinvented sporty, elegant leisurewear and has proven with its unique, tailored approach that men can also look good in casual outfits. The company is one of the most innovative in its sector and continues to set high standards when it comes to comfort, quality and functionality.”

The Portugieser Yacht Club Chronograph Edition ‘Orlebar Brown’ will be available from July 2020 in IWC boutiques and authorised retailers.