The pinnacle of horology is once again showcased by the Swiss luxury watchmaker’s latest high-complication timepiece that’s as technical as it is beautiful. 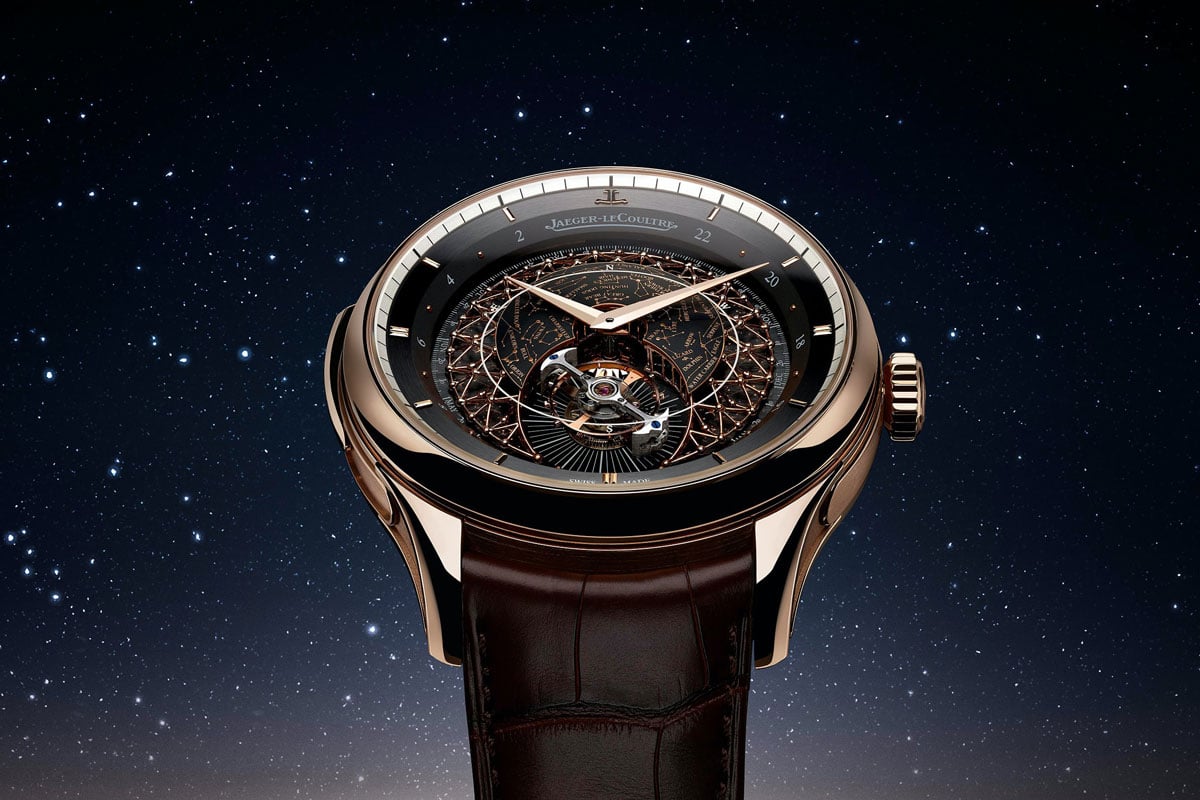 Beauty and complexity are two traits that often complement each other when done right. The latest Jaeger-LeCoultre Master Grande Tradition Calibre 945 is arguably the finest example of this marriage in the watchmaking world.

In its pursuit of excellence, the Swiss luxury watchmaker has debuted one of its most complicated timepieces ever conceived. The new Jaeger LeCoultre Master Grande Tradition Calibre 945 represents more than half a century of horological expertise and integrates two of the most challenging complications in horology – a minute repeater and celestial vault. This engineering feat is further elevated with the addition of an orbital flying tourbillon, all within a single timepiece.

The result is a notably striking watch that is guaranteed to be a conversation piece among the peers of its wearer.

The minute repeater acts not only as the timing component but also as a miniaturised musical instrument in the Grande Tradition Calibre 945. Plenty of attention was given to engineering a chiming sound that is comparably prominent for a timepiece. The watchmakers utilised Jaeger-LeCoultre’s patented ‘crystal gongs’ in place of steel and soldered it directly onto the sapphire crystal to amplify the traditional chiming sound. Details such as square-profile gongs and articulated trebuchet hammers execute a much stronger strike and consistent sound.

Inspired by the night skies 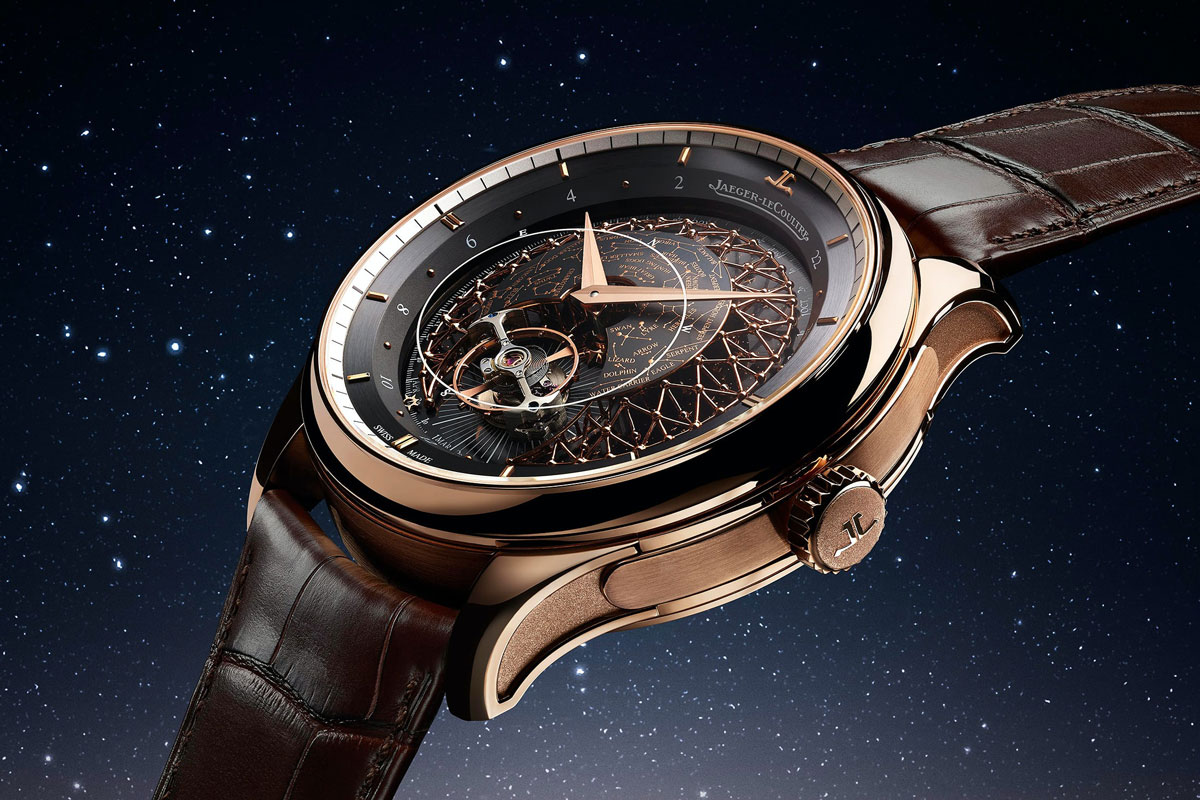 A tourbillon on any watch is already a feat of mechanical watchmaking but for Jaeger-LeCoultre, the boundaries were pushed even further. Ensuring precision timekeeping is an Orbital Flying Tourbillon, which rotates around the dial once a day whilst also rotating on its own axis every 60 seconds.

It pairs beautifully with the celestial vault complication, which depicts the stunning sky chart of the Northern Hemisphere night sky as seen from the 46th parallel – the latitude of Jaeger-LeCoultre’s home. 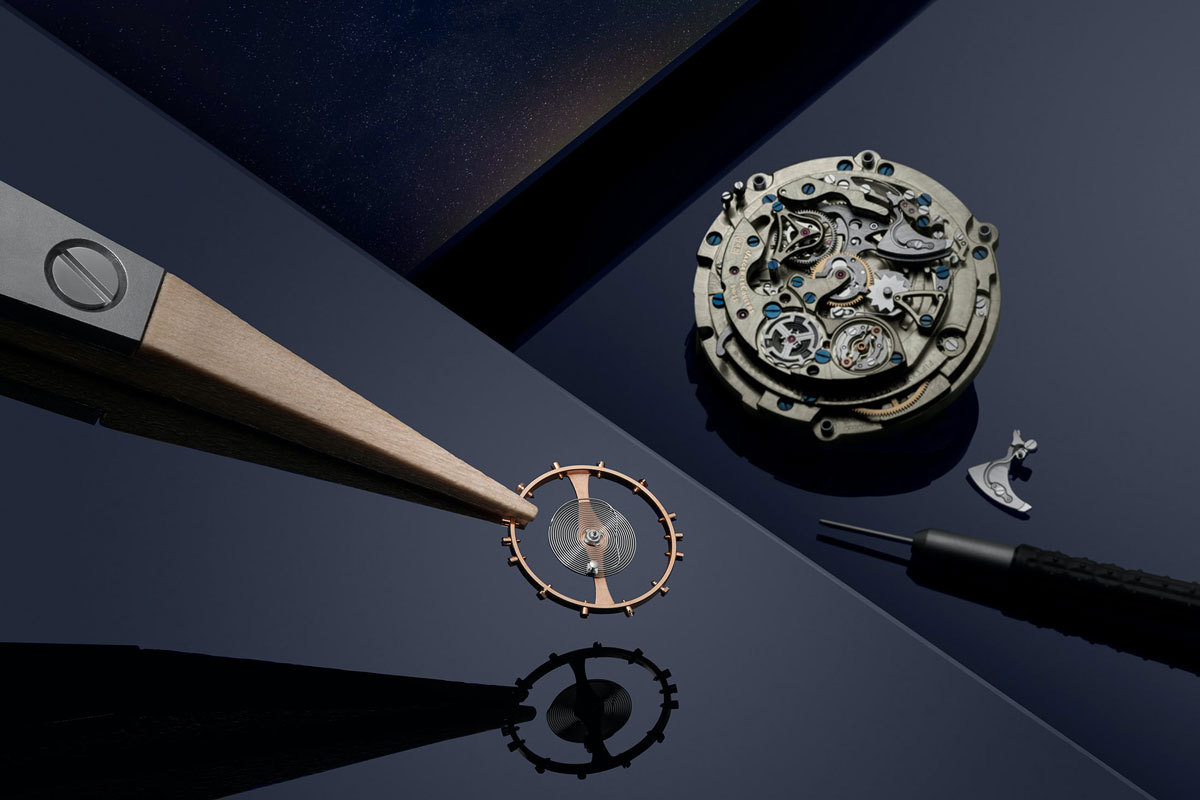 Mastering this level of watchmaking takes more than a century of refinement and it’s only fitting that the Master Grande Tradition Calibre 945 brings a dial with multiple levels of intrigue to accompany its fine mechanics.

A decorative feature appears on the latest version of the model – a delicate filigree of metal that forms a lattice dome around the dial representing a constellation and the connection between astronomy and horology.

The case itself is made of more than 80 parts and features a polished convex bezel, hollowed out sides and a crown featuring the Jaeger-LeCoultre logo. It’s not for those who desire a subtle piece; the case measures at 45mm with a 16.05mm thickness. 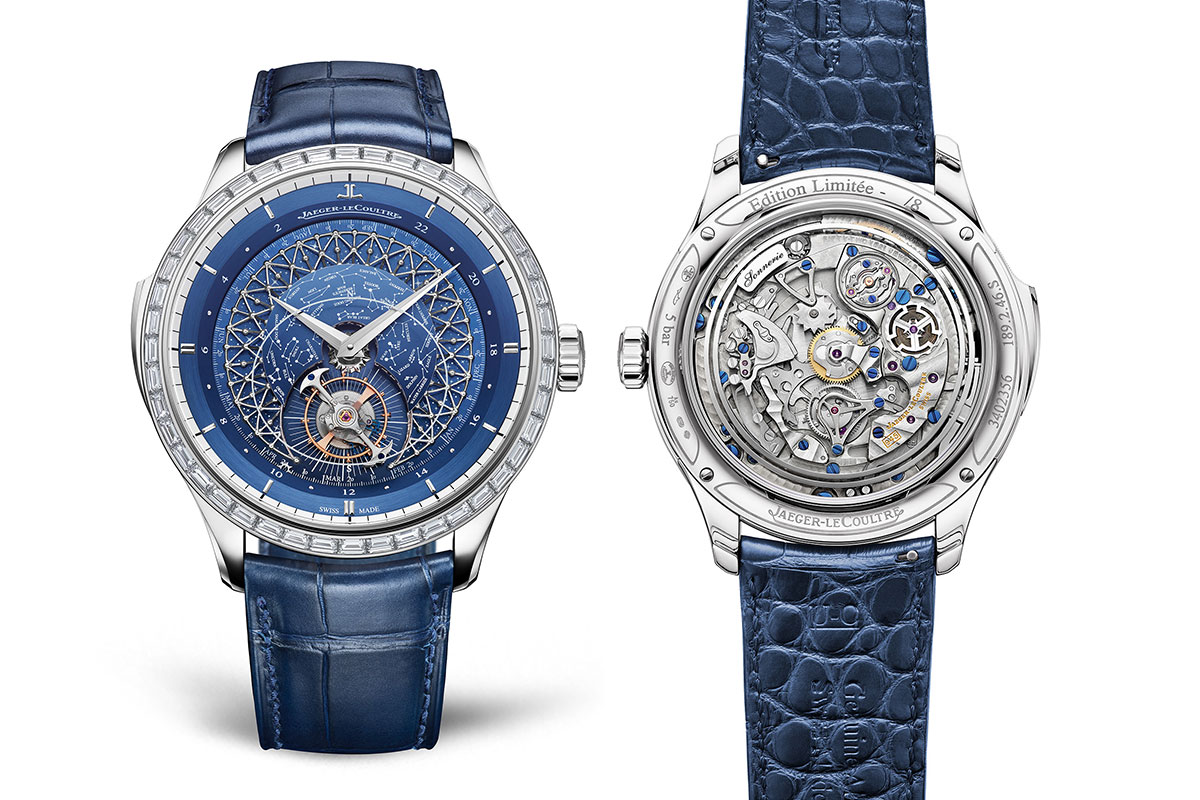 Two versions will be released with a limited production of eight pieces worldwide for each version. The first option is an 18K rose gold case paired with a black dial and brown leather strap. The second version comes with an 18K white gold case offset by a blue dial and blue leather strap. As the more extravagant offering of the two, it also boasts 44 baguette diamonds adorning the bezel.