This Porsche-designed superyacht is like a spaceship on water

The epitome of futuristic luxury, Royal Falcon One is the ultimate one-percenter’s party boat. 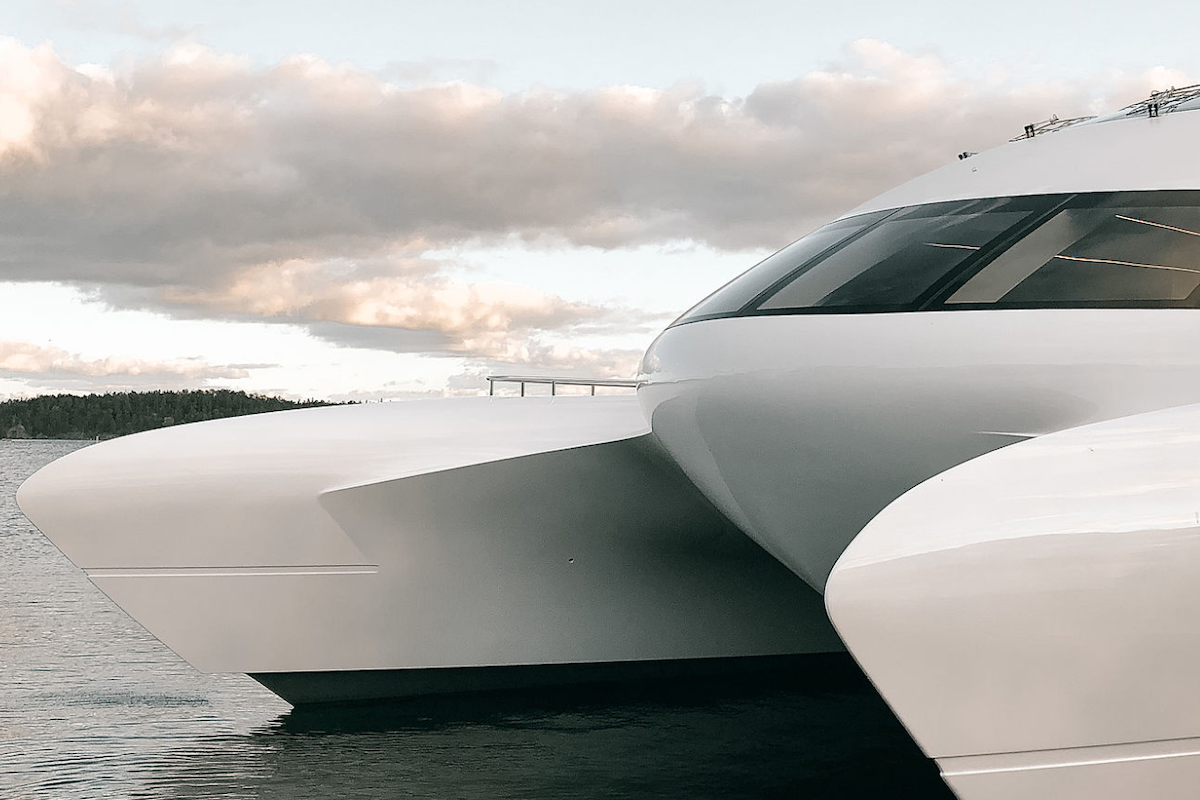 There are superyachts, and then there’s the Royal Falcon One.

After more than a decade of careful construction, the eye-popping 41-metre catamaran has finally been delivered to her eager owner.

Designed by Studio F.A. Porsche and developed by Singapore-based firm Royal Falcon Fleet in conjunction with naval architecture firm Incat Crowther, the futuristic vessel is fittingly described as “a spaceship on the water”.

Featuring a revolutionary all-aluminium twin-hull and wide beam design for efficient cruising, the layout of Royal Falcon One is both luxurious and functional.

“Modern, but timeless. Clean, but inspiring.” 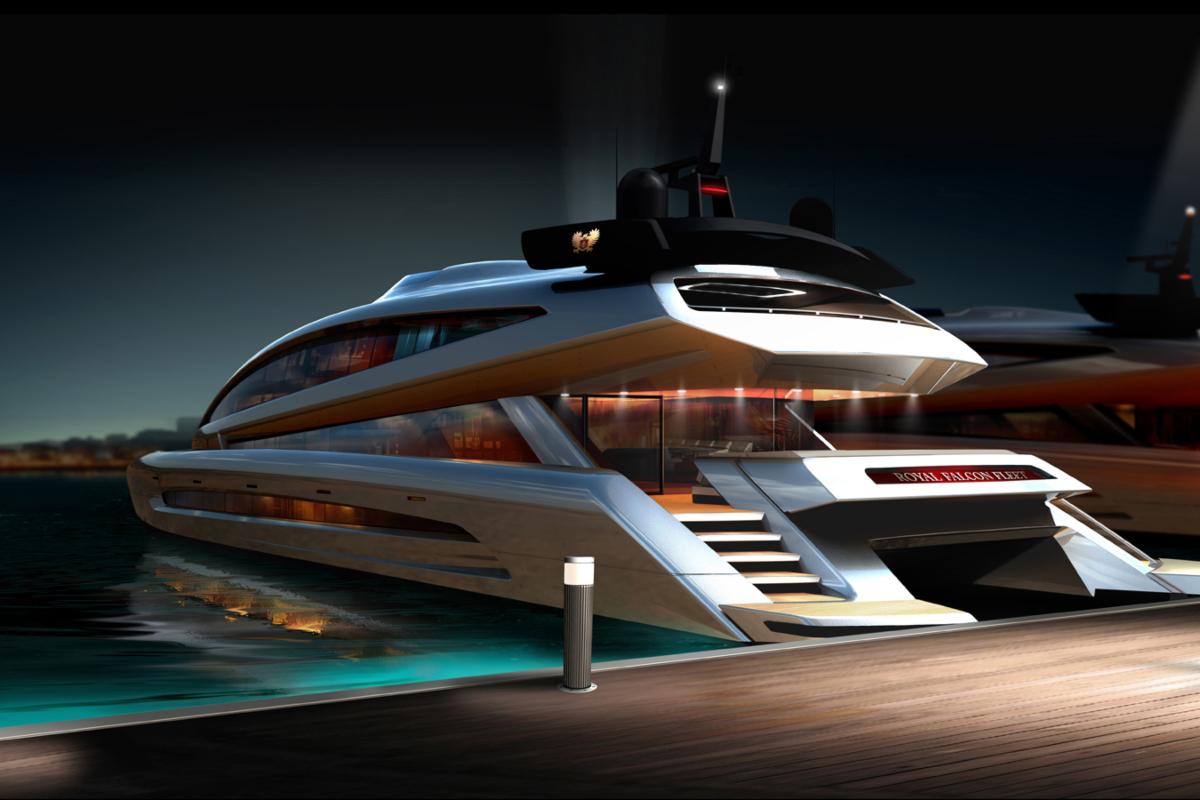 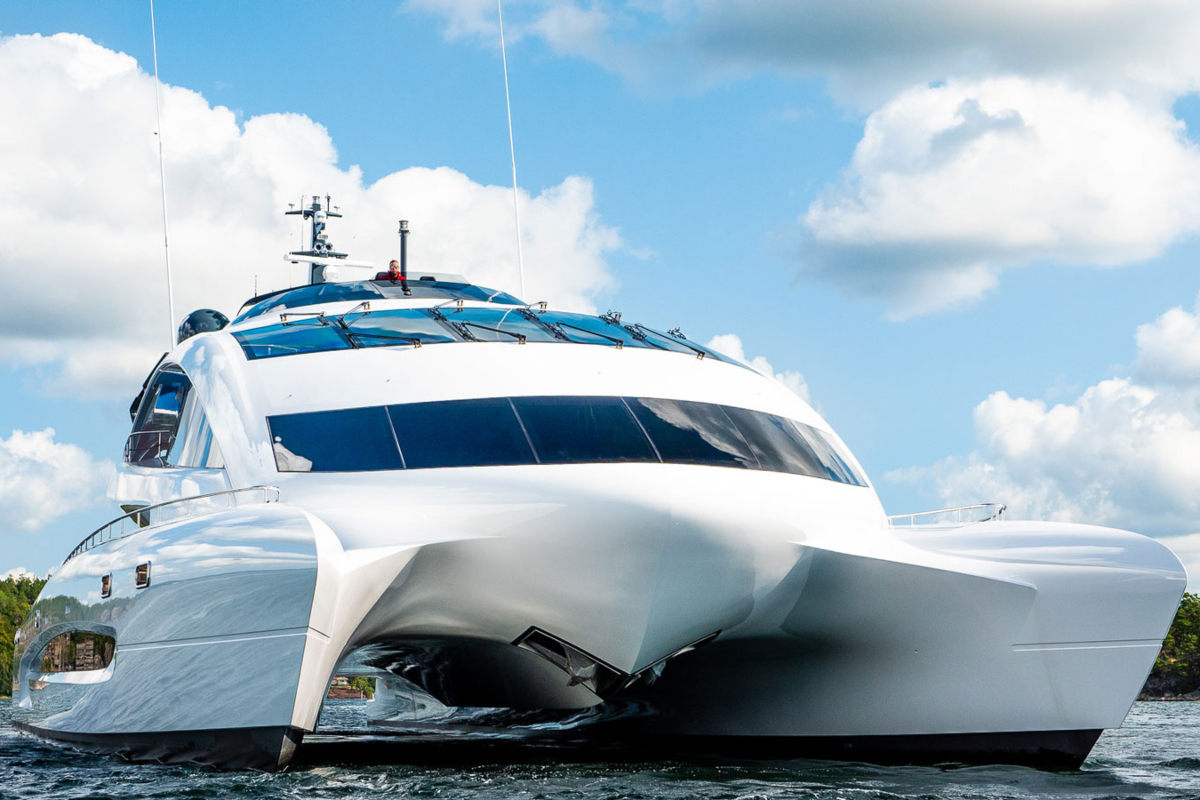 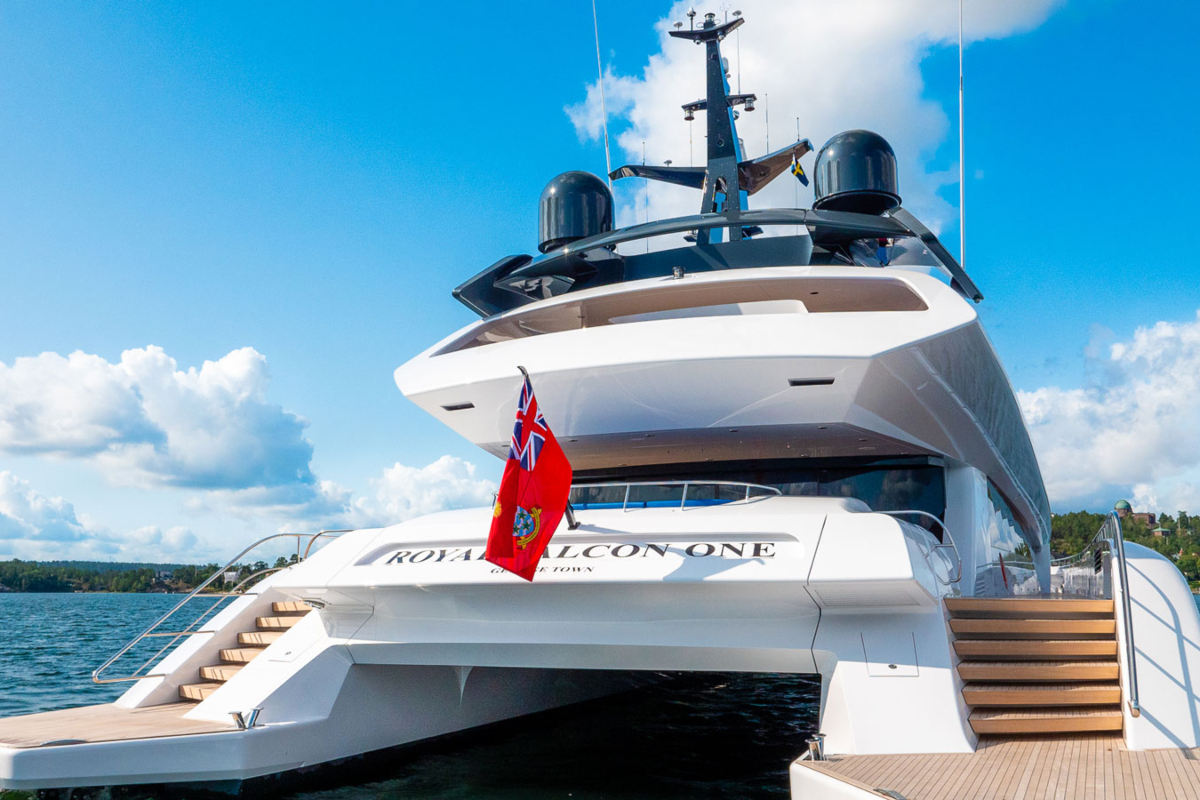 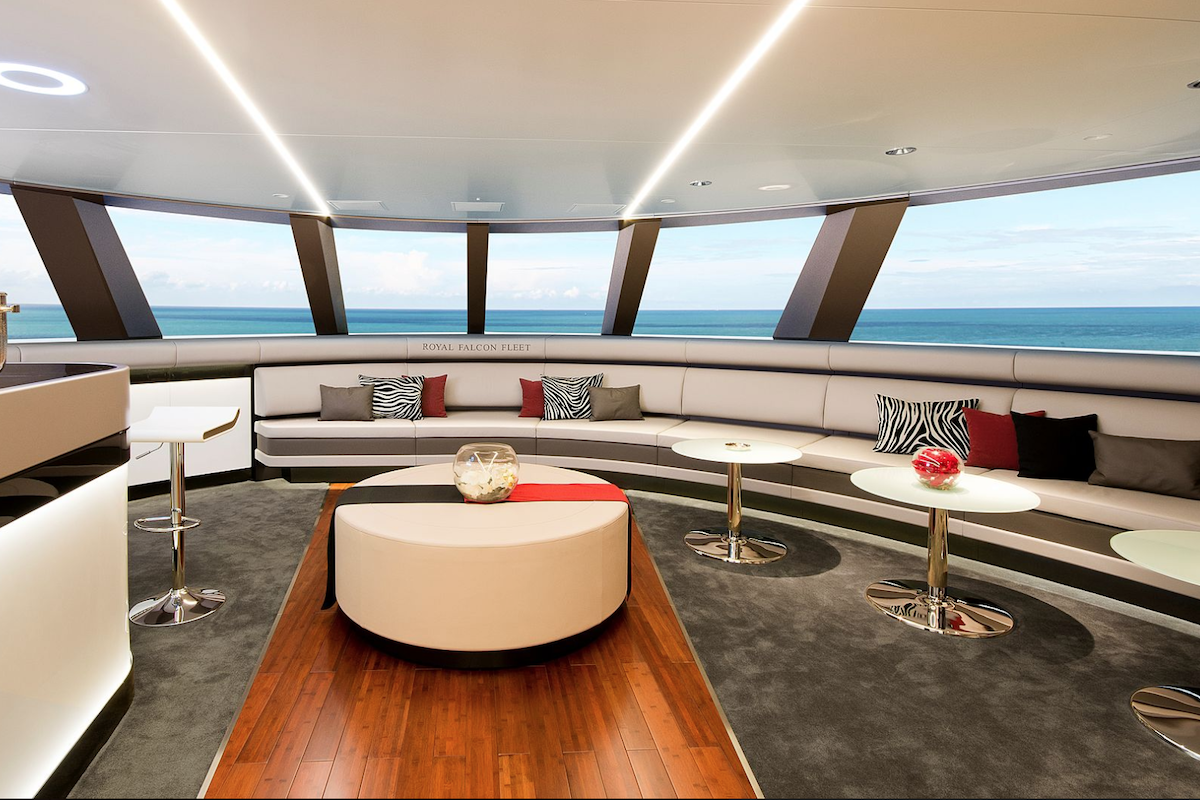 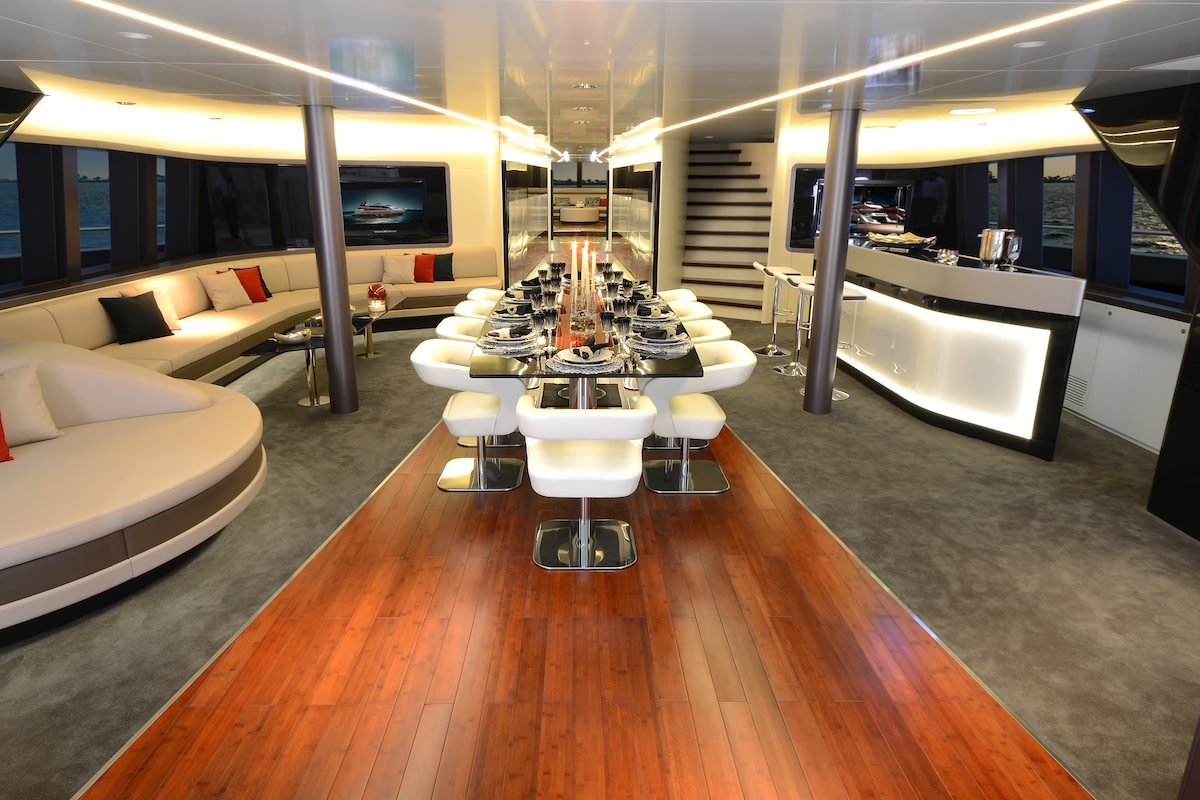 According to Studio F.A. Porsche, the dual hulls “create a completely different stance impression, almost resembling the track of a sports car”.

Located on the main deck are three double suits, while the full-beam master suite – which comes with its own private deck – and VIP suites are found on the upper deck, accommodating up to 10 guests.

“Inside, the desire was to create an impression of functional luxury with a superb choice of materials and an exceptional level of craftsmanship,” says Studio F.A. Porsche.

“Modern, but timeless. Clean, but inspiring.”

When it comes to luxury entertaining spaces, the Porsche-crafted yacht doesn’t fall short.

As well as the lounge and onboard bar on the main deck, there’s also a panoramic observation lounge, Jacuzzi and cushioned sun pads on the top sun deck – perfect for sunset cocktails.

Powered by twin 4,600hp MTU 16V 4000 M93L diesel engines and twin Rolls-Royce KaMeWa waterjets, Royal Falcon One can reach a top speed of 35 knots and has a range of about 3,700 kilometres at a more leisurely 30 knots.

The two parallel hulls conceal the crew quarters, with the tender stowed in the stern along with a crane that can be used for deployment and recovery.

The eye-catching catamaran is now available for purchase from Camper & Nicholsons International, with the price available on application.

If you have to ask, you probably can’t afford it.

Read next: Inside the A$775,000 James Bond-inspired floating hotel suite