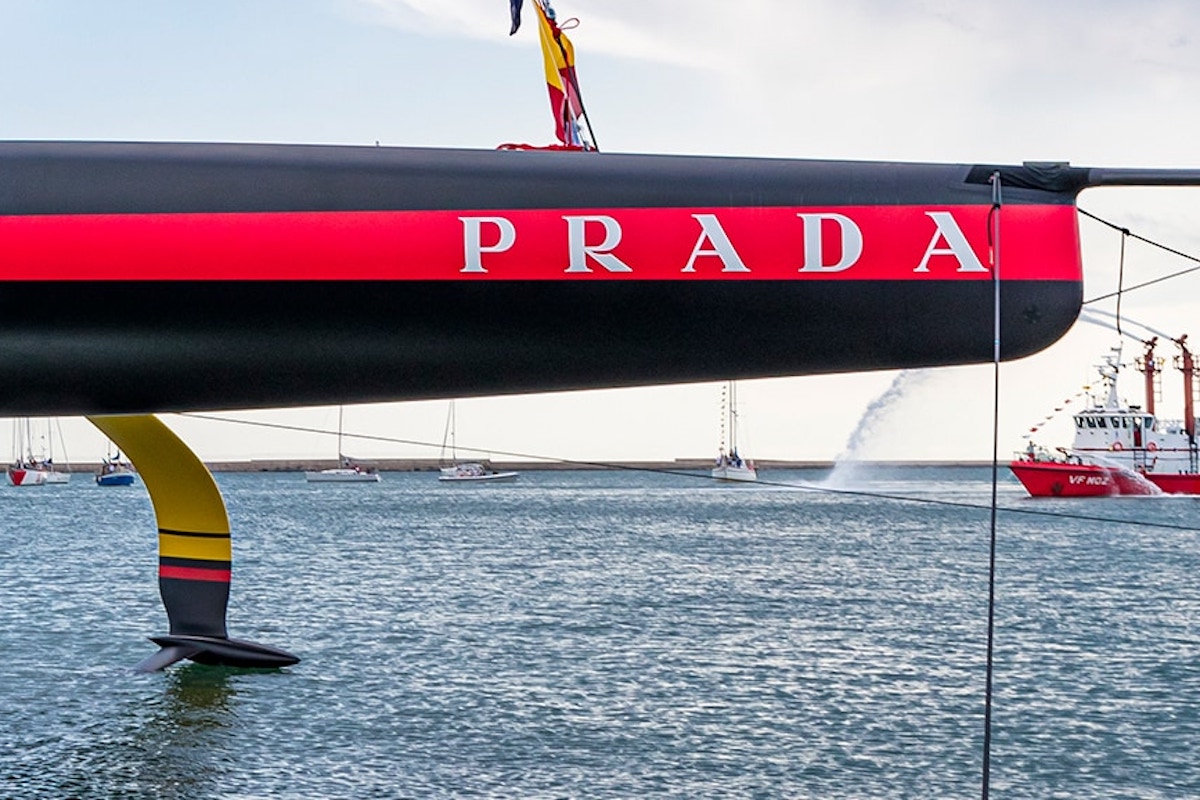 Sailing is an old pastime best enjoyed on calm waters accompanied by cheese, wine and someone you supposedly want to spend the rest of your life with. Wrong. In the world of competitive sailing, and more specifically the world’s richest boat race, open check books, cutting-edge technology and potential death is all fair game.

Adventure publication Outside reports that each boat can cost anywhere between US$8 million and US$10 million to construct. This figure is independent of the US$3 million entry fee, the cost of shipping boat equipment across the globe, maintenance, operations and incidentals. Each team can employ up to 130 people and it has been estimated that successfully leading an America’s Cup campaign can easily exceed the US$100 million mark. It’s believed that American businessman and CEO of Oracle Corporation, Larry Ellison, spent between US$250 million to US$300 million defending his team’s 2013 America’s Cup title.

The sadder statistics already confirm one death in 2013 alongside an endless array of high-speed capsizes causing serious injury to crew members. America’s Cup sailors have even given the feared high wind turning manoeuvre a name: “death zone”.

So why is it still done? Because it offers one of the biggest prizes in world sport whilst turning sailing into an extreme sport. In an Allianz Economic Report, Professor Tom Cannon explained: “I have been conducting studies into sport for many years, but I was genuinely surprised by the size of the prize in the America’s Cup. A sport competed for by millionaires and billionaires has developed into an event that delivers billions of dollars to the winning syndicate and its chosen city.”

With all that said, Prada this month unveiled their brand new AC75 Luna Rossa monohull which will contest the 36th edition of the America’s Cup in 2021. Representing Italy’s Circolo della Vela Sicilia yacht club, the Prada- and Pirelli-backed team will see their state-of-the-art watercraft sail into uncharted territories thanks to new class rules that dictate a radical design for improved safety. This is achieved with pivoting foils that can self-right the boat in the event of a capsize. 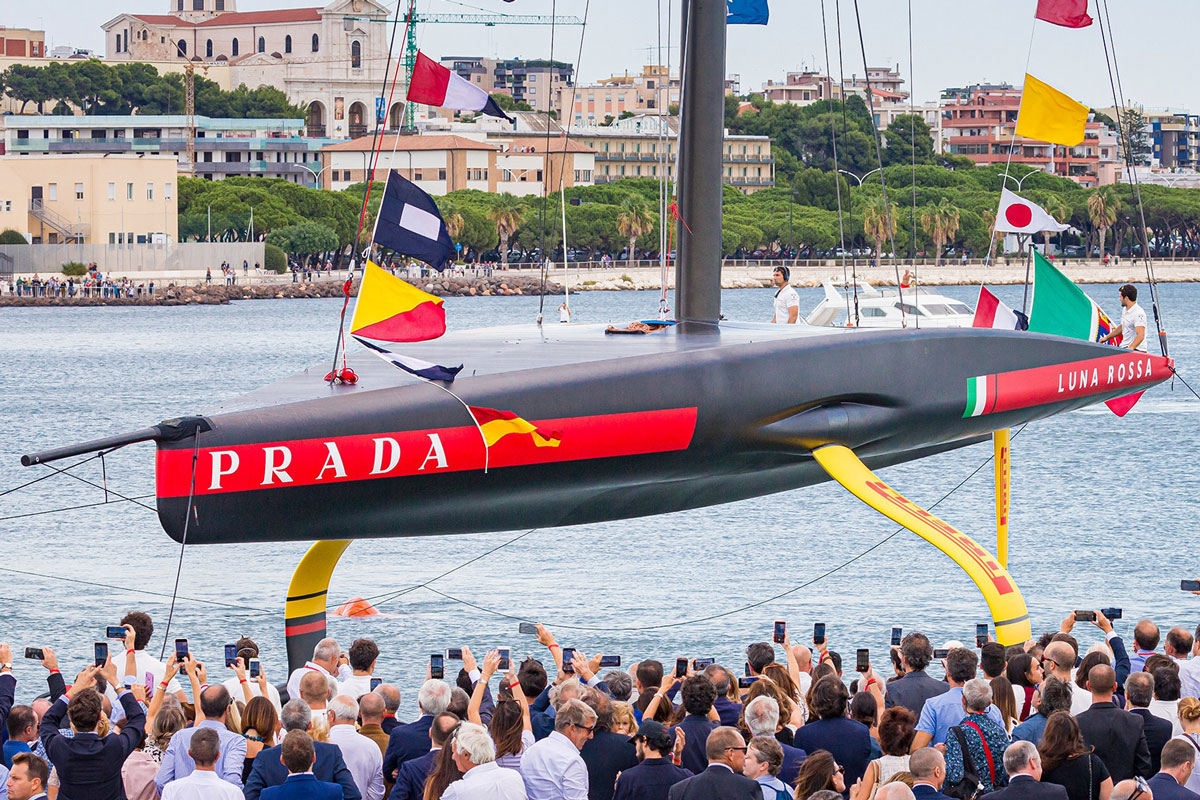 The AC75 Luna Rossa reportedly took a team of 90 from luxury yacht maker Persico Marine over 78,000 hours to complete. The technology includes a hull crafted from 7,000 square-metres of carbon fibre alongside 400 square-metres of aluminium honeycomb. The aforementioned pivoting foils, which weigh 500kg each, can support a total maximum load of 27 tonnes.

Martin Fischer, who is the co-design coordinator at Luna Rossa Prada Pirelli Team and was also involved in coming up with the AC75 class rule, says that such a drastic design departure from the previous boats is rarely seen.

“The opportunity to design an America’s Cup boat to a brand-new rule is very rare – typically something that happens only every 10 or 15 years,” Fischer said via the official America’s Cup website.

“We are definitely getting into new territory with these new boats,” he said. “A foiling monohull of this size has never been designed and built before – so there are many, many unknowns.

“There is lots of pressure on the design team because there is no experience from previous boats. Obviously, we have the experience from the AC50 catamarans – but there’s never been a boat like the AC75 before.”

“That means you have to turn over every stone and look at every aspect carefully, because around every corner, there could be something unexpected.”

Read next: World’s first Lexus yacht will cost you US$3.6 million