Why politicians lie about the cost of rail projects

The costs of Britain’s HS2 and California’s fast rail are ballooning and Melbourne’s Suburban Rail Loop will follow. The reason? Lying. 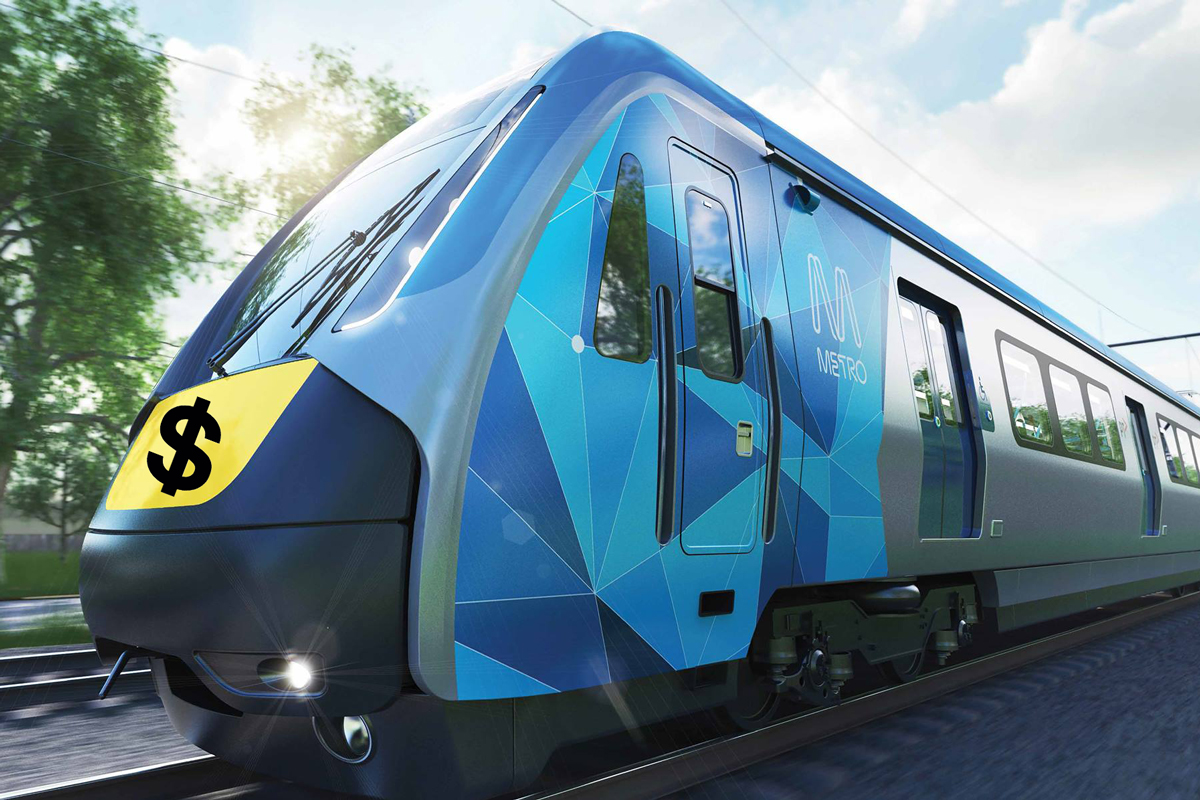 Bent Flyvberg is the world’s leading analyst of what he calls “megaprojects” – huge infrastructure projects, from the Sydney Opera House to the Channel Tunnel.

And here’s what he had to say a few years ago about ballooning costs on big projects:

Cost underestimation and overrun cannot be explained by error and seem to be best explained by strategic misrepresentation, namely lying, with a view to getting projects started.

Yes, the leading expert on big infrastructure projects says that proponents lie about them to make sure they happen.
Flyvberg’s take matters, because infrastructure price tags are huge and getting bigger – in Australia, the US and many other places.

I was reminded of Flyvbjerg’s “strategic misrepresentation” claim this week by the latest news about the HS2, Britain’s planned London-to-Birmingham fast rail line. HS2 began in 2009 as a £7 billion package; by 2010, the tag was £17 billion. The next year, with extensions to Manchester and Leeds, it was advertised at £32 billion in that year’s money; by early 2017 that had risen to £56 billion. Now a February 2019 review has found it will cost between £81 and £89 billion at 2019 prices.

Are you surprised that in a decade a project’s price could expand more than tenfold while its scope merely doubles? You really shouldn’t be. Around the globe, this is how rail projects generally go. California’s high-speed rail project started as a US$34 billion Los-Angeles-to-San-Francisco route but now won’t serve either city at first and is estimated to cost up to US$98 billion if the whole project ever gets built. Even the high-speed line from Hong Kong to south China opened late and cost more than double the early estimates.

Flyvbjerg’s work in the early 2000s revealed that rail projects rose in cost like no other infrastructure; the average rail project Flyvbjerg studied cost around 45 percent more than pre-building estimates. High-speed rail like HS2 performed worst, but suburban rail projects were not far behind. Flyvbjerg also found that the same story had been true for many decades.

Neither new technology nor increased tunnelling explain this; the cost overruns have been consistent over many years. Flyvbjerg’s best explanation is simpler and more insidious: bad politics. Project promoters intentionally underestimate the costs to muster the support of politicians. With their plans approved, they start ramping the costs up. By then politicians are reluctant to change their minds; as money gets spent, backing out seems harder and harder. So everyone lies.

In the world of civic projects, the first budget is really just a down payment. If people knew the real cost from the start, nothing would ever be approved. The idea is to get going. Start digging a hole and make it so big there’s no alternative to coming up with the money to fill it in.

All this has lessons for the planned new Australian tunnel known as the Melbourne Suburban Rail Loop (SRL) – the largest single-state megaproject in Australia’s history.

The government has so far said only that the Loop will cost “up to A$50 billion”. Fyvbjerg’s work suggests that with the government firmly locked in behind the project, this estimate will, over the next few years, work its way up to A$70 billion and more.

In fact, I’m willing to bet that by the end of 2021, the SRL cost estimates will extend beyond $50 billion. Based on the process to date, it seems quite possible that they will eventually top $100 billion.

The benefits are, as usual in infrastructure, even harder to assess – but they seem unlikely to measure up. The Loop is to run through the middle suburbs of Melbourne, on a route so unlikely that it had never been studied until its announcement just before Victoria’s 2018 election. The state’s transport department has been kept away from any assessment; so has the agency – Infrastructure Victoria – which the government set up specifically to assess projects like this.

Premier Daniel Andrews now says he doesn’t need any comparison of benefits and costs, because voters, in re-electing him, have already given the SRL the tick.

A hole so big there’s no alternative

I’m all in favour of infrastructure projects that make sense, including suburban rail. What worries me most in this field is projects that begin without credible assessment – projects which follow that Willie Brown formula: “Start digging a hole and make it so big there’s no alternative.”

Read next: Daniel Andrews breaks his own rule with Melbourne’s new rail loop