Will Donald Trump start a trade war, or will his spat with China turn into another fake crisis? 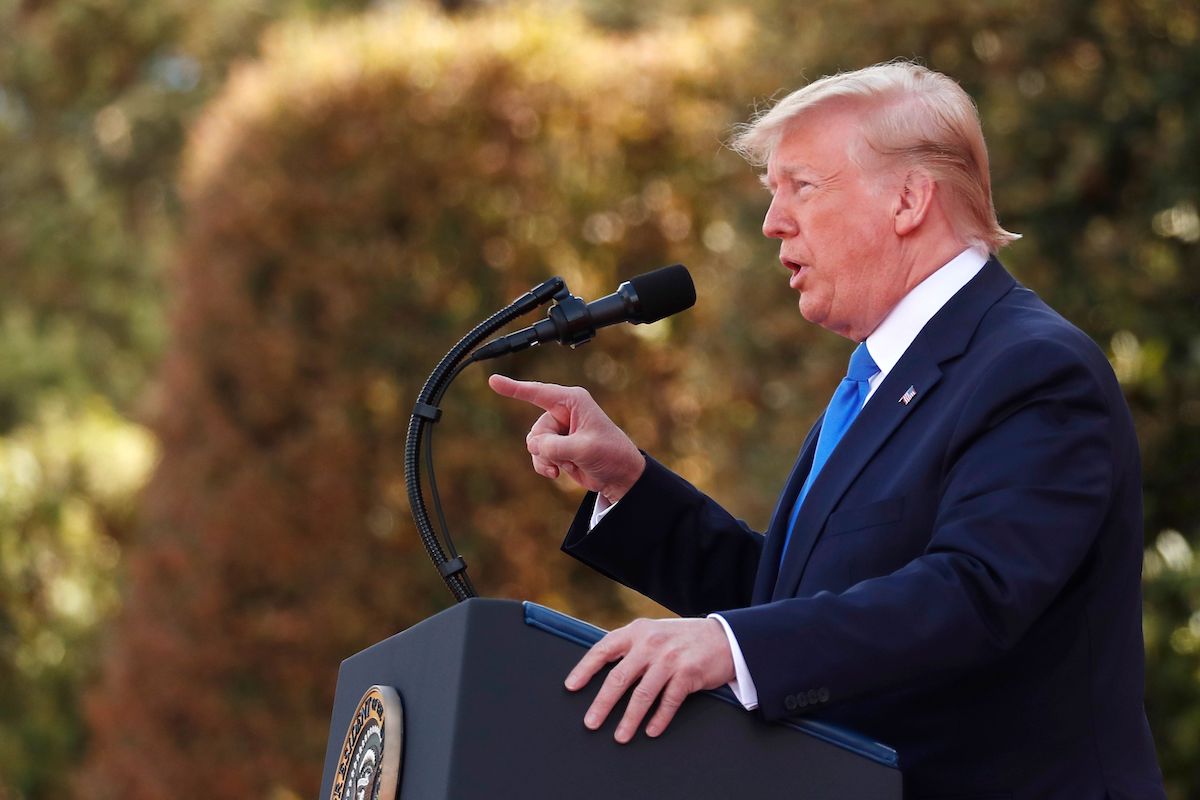 Look, this column’s about trade policy. Sorry. Trade’s a tough subject, devoid of jokes or even mildly amusing anecdotes. If you want to skip to something about stand-up comedians, I won’t blame you.

On the other hand, if you didn’t click the comedian link yet, here’s the thing: trade underlies most human prosperity. These days it’s a globe-spanning phenomenon, the force behind iPhones and Wikipedia and cheap T-shirts and overseas holidays. It matters.

And every few decades something comes along and threatens to really break it pretty badly.

Right now is one of those times.

Trump is picking a fight with China on trade

Short version: Donald Trump is picking a fight with China on trade. In May, he raised tariffs on US$200 billion of Chinese goods to 25%. He also ordered officials to prepare tariffs on another US$300 billion, which effectively covers almost all Chinese exports to the US. Since then, he has said he will decide whether to impose those tariffs later this month, after the G20 meeting in Japan.

In case you think this is just a Trump problem, it’s not. China’s been tempting a fate like this for years. Global trade rules don’t deal very well with a nation like China that helps its industries through cheap credit, tax favouritism and biased enforcement of laws on intellectual property and competition. Not to justify Trump’s actions – and China itself can tell you why they’re dumb – but it’s hardly surprising that someone would eventually throw global trade rules to the winds.

Of course, that’s Trump to a tee. He has never cared for rules: he likes welching on deals and cheating at golf. He has always been protectionist by nature. His trade director, Peter Navarro, wrote a book called Death by China, back in 2011, which is just as level-headed as its title suggests.

Trump also suffers from the same political ailment he’s had ever since his election: he’s a minority taste. He just can’t move his approval rating much above 40%, making his re-election prospects look dicey. He needs a fight to rally the US behind him.

Could Congress stop Trump from acting here, as it has on other issues since the Democrats regained control of the House of Representatives last year? Nope. Congress handed its trade powers to the president in 1974, giving Trump an unfettered authority that he doesn’t have anywhere else in the economy.

All that’s a recipe for trouble.

Trump has also done something else the Chinese may not be able to overlook: he’s torpedoed the global sales of telecommunications firm Huawei, an emerging superstar of Chinese commerce. There may have been good security reasons to do it, but doing it just as he escalates a trade war with China seems ill-considered.

The bit we don’t know yet

Here’s the thing: Trump views every interaction as a zero-sum game, making him just the sort of bellicose guy who might start a fight. But he’s also forever inventing fake crises, imposing solutions that essentially change nothing, and then declaring victory and walking away. He did it last weekend with Mexican tariffs. He hates walking softly, but he also seems to dislike using the big stick.

So, are the events of the past few weeks a prelude to trade war, or to a talked-over disagreement followed by a spectacular all-caps tweetstorm about ‘MY TREMENDOUS VICTORY’?

This is the bit where I would normally make a portentous prediction. But the truth is that this entire situation reeks of the rich stink of We-Don’t-Know. We don’t know what Trump will do, we don’t know what Chinese President Xi Jinping will do, and we don’t even know how the world economy will react to it all. We haven’t had a full-out trade war since the Great Depression of the 1930s, and the world economy has changed a lot in almost 90 years. So, who knows?

I’d like to finish this with a good joke about the Great Depression, but honestly, there aren’t any of those, either.