The float of Warner Music will highlight the recorded music business’ recent resurgence, and seek to foretell its future. 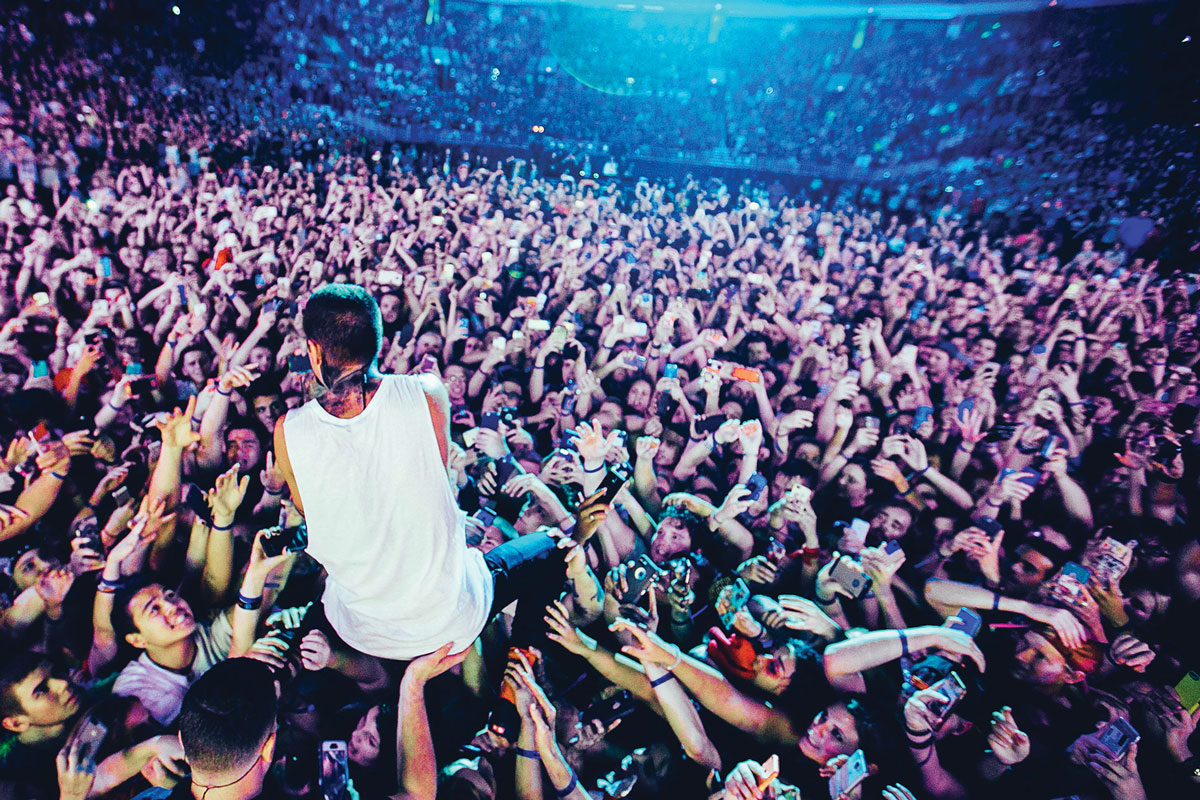 Warner Music Group, one of recorded music’s three giant global labels, has announced the end of the recorded music industry’s dismal decades. The announcement came the way proper capitalists do it – with an IPO filing.

The 2000s and the 2010s were about finding a replacement for CDs. But now the streaming boom has arrived – so pull up your playlist of Bruno Mars and Katy Perry, and let’s party!

At least that’s the story you’ll be hearing over the coming weeks and months.

In the 21st century, recorded music has sat at the chaotic intersection of commerce, technology and art, and exemplified that chaos. From its 1999 pre-Napster high of more than US$23 billion, it shrank for 15 years straight, until in 2014 it recorded revenue of just US$15 billion.

And that 2014 trough was when Warner got sold for US$3.3 billion to Access Industries, owned by an Anglo-American oil billionaire called Len Blavatnik. You probably haven’t heard of Blavatnik, but his interesting history includes extracting US$50 million from JPMorgan Chase after the global financial crisis because it sold him dud mortgage securities. He also reportedly made a bid for MGM – but then again, so did Christopher Skase.

Blavatnik bought Warner right at the music industry’s lowest point. Streaming – where your music plays from corporate servers – was a niche activity in 2014. Since then it has powered the industry to annual revenue growth of a consistent six to eight per cent. Revenue is now back above US$19 billion. Recorded music once again has more revenue than live music.

In the past few years of the industry’s streaming-led sales resurgence, I’ve wondered just how well it would turn revenue into profit. The majority of consumers still don’t pay for music; instead, they listen to it with ads, everywhere from YouTube to Spotify. And streaming firms have been dropping their prices as they try to expand in lower-income territories like China and India.

A choice of futures

Goldman Sachs reckons today’s growth rates can continue for years, pushing recorded music revenue to US$45 billion by 2030. Right now, that optimistic vibe is taking over the industry. Revenue streaming in non-US markets is growing particularly fast: to take an extreme example, Spain’s streaming revenues jumped 27 per cent in the first half of 2019. And though many of the streamers’ costs are variable, rising revenue really is translating into those long-absent profits – at least for Warner and its fellow labels, Universal and Sony.

Pure-play streaming service Spotify provides some of the best evidence for a future of continued strong revenue growth and expanding profits. It lost more money every year up until 2017. But steady user growth and a rising proportion of paying users means it recorded two profitable quarters in 2019 (before dropping back slightly into the red in the December 2019 quarter). This month, Spotify announced it now has more than a quarter of a billion monthly users, 113 million of them paying.

The downside in the Warner IPO is the possibility that growth slows down.

If the future is one where music subscriptions are the rich-world norm, Warner could be worth upwards of US$20 billion, just as a recent share buy valued Universal at US$33 billion. But if a lot of the people who want subscriptions have already bought them, streaming growth could slow the way it did in the UK in 2019 – and Warner could be worth a lot less. And industry competition might keep the price down too: competition already bedevils players in the streaming video market, as customers sup from a huge buffet of offerings.

It’s also possible that artists will succeed in their eternal battle to take more of the labels’ profits, the way content creators are extracting money from the video business right now.

But I’m almost embarrassed to raise this possibility. It’s been a losing bet for most of the industry’s history. And while there’s a shortage of good story ideas for pricey video productions, the supply of musicians willing to write and perform seems endless.

Nothing suggests that’s about to change.

Read next: What successful CEOs listen to for maximum productivity