We need to put more white-collar criminals in gaol, but we should understand the challenges of doing so. 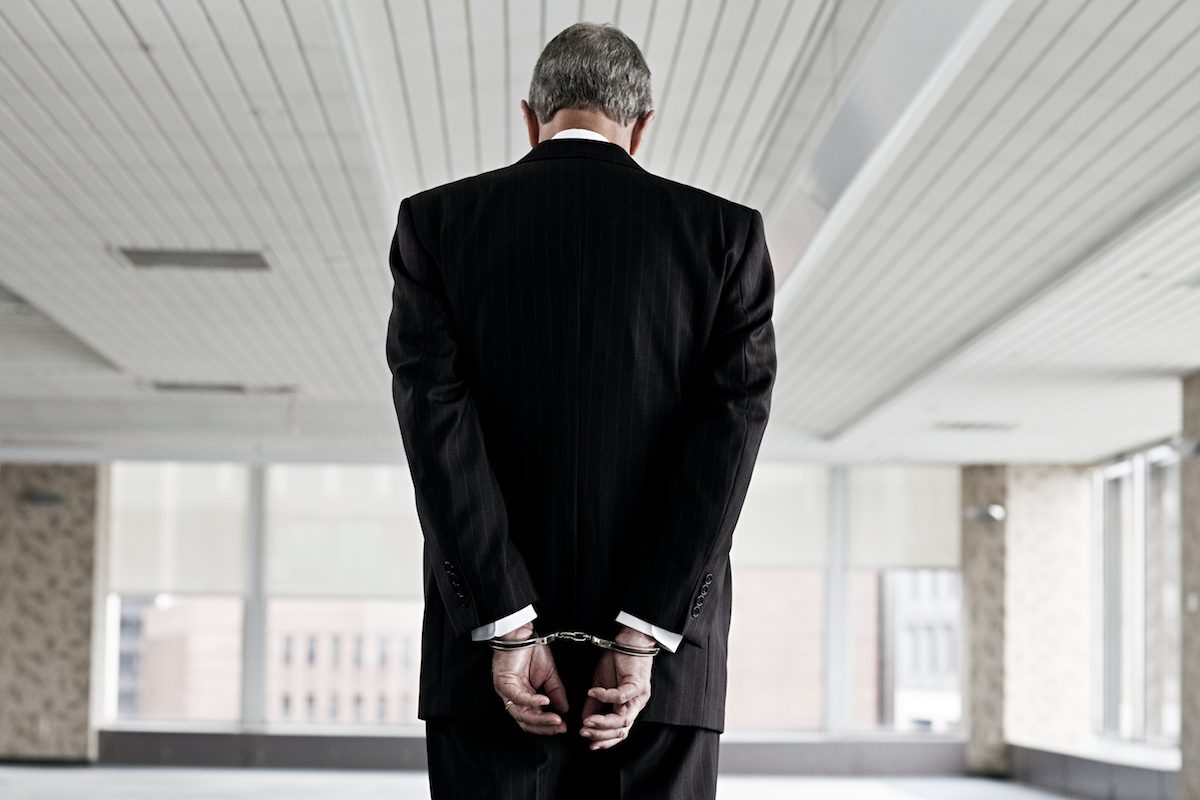 A question of intent

For a start, white-collar crime is less obvious. We generally require that people have some bad intent before they are tried for crimes; and “I plan to make a lot of money legally” isn’t bad enough.

Obvious greed is unpleasant and socially corrosive, but criminalising it seems impractical. Actually stealing money and harming or threatening to harm people – these are against the law, and for good reason.

So now compare two bad behaviours, one a petrol station stick-up, the other the lax oversight of a risky, bank lending operation. A gun-toting teenager desperate for drug money may make a mere A$73.36 from his crime, but his intent to break the law is plain and often documented on closed-circuit television. There’s a clear crime, and a clear criminal.

A bank CEO, like the State Bank of South Australia’s Tim Marcus Clarke in the 1980s, pushing to lend against overpriced Collins Street office buildings, may be belligerent, overambitious and unable to assemble a good management team.

Their bad judgement may cause far more damage to people’s lives than our desperate teenager. But they are not necessarily operating from the same sort of malicious intent. They may genuinely, if foolishly, believe that everyone will benefit from their actions. The same goes for a modern-day bank executive demanding better returns from a financial services operation.

And even if they are acting out of malice rather than sloppiness, how can you tell?

This contrast between the crimes of poverty and wealth seems horribly unfair. It’s offensive to see jerks getting rich. But it’s also hard to get around the grim reality that intent and proof need to matter in criminal matters.

Then there’s another problem. Juries understand petrol station stick-ups. They may struggle to convict someone for altering the minimum allowable interest coverage in a spreadsheet, even if that sinks a bank and puts hundreds of people out of work.

A conviction may be especially hard when the executive in the dock says he had legal advice that the change was warranted. It may be even harder when he says he was following orders. Meanwhile, those higher up the organisational chart say they are shocked, just shocked, to find these things were happening.

And since we’re talking about criminal convictions, we need to show not just that the law was broken more likely than not, but that it was broken beyond reasonable doubt.
So white-collar crime is hard to take to a jury.

Sometimes there’s the equivalent of a smoking gun: Peanut Corporation of America CEO Stewart Parnell is looking at 28 years because of emails where he issued instructions like telling an executive to “just ship” peanut butter suspected of containing salmonella. But that’s unusual. Often it takes enormous work just to assemble a case for a white-collar prosecution.

With their case assembled, the prosecution may face a team of smart corporate lawyers who are being richly paid to use every trick in the book to ensure the prosecution fails. That means spending big money to take the case through the justice system. An organisation like the Australian Securities and Investment Commission, Australia’s corporate regulator, needs to cover a lot of ground with limited funds.

Facing all that, the authorities have to make a choice about their approach. Typically, white-collar crime is at least in part a product of a bad institutional culture, with institutions pressing their staff to run close to the edge of the law and sometimes beyond it.

Regulators often feel that putting away just one or two soldiers, at enormous cost, won’t fix the underlying cultural problem. And as this column has explored in detail, Australian regulators are particularly keen to transform banking culture. When prosecution is such a struggle, and unlikely to fix the problem anyway, it’s no wonder that it’s relatively rare.

But a lack of white-collar prosecutions can also create a problem: When you pull back too far on the prosecution of individuals, the people who are breaking the rules feel less worried about the prospects of gaol.

The evidence from criminology is that criminals pay most attention not to the size of the punishment, but to the likelihood they’ll receive one.

On this line of thinking, ASIC needs a bigger prosecution budget, even if you and I will have to pay for it through higher taxes.