Countries that offer the best quality of life for working parents

Working parents have unique challenges and while some nations provide support in the form of paid leave and work–life balance, others are less accommodating.

Whether you’re expecting your first child or your third, there are several major factors that play an important role in raising a family as an employed parent.

Systems that provide adequate paid parental leave and high-quality educational facilities for kids are just a few considerations alongside safety and access to health care. Many of the top child-friendly nations additionally offer flexible arrangements for parents who work full-time.

These are the world’s top child-friendly countries that provide the most favourable conditions for working parents. The largest island in Europe after Britain, Iceland is home to waterfalls, hot springs, mud pools and hiking trails that capture the natural beauty and outdoor experiences the country has to offer, with the majority of the population concentrated in the capital, Reykjavik.

Maternity and paternity leave in Iceland

From 1 January 2021, maternity leave in Iceland was extended from 10 months to 12 months for both newborn and adopted children. Parental leave can be split between parents and they are entitled to receive 80 per cent of their average total salary during this time, provided they have been employed for a minimum of six months in the domestic labour market. Until a child reaches eight years of age, there is also the opportunity to take temporary leave without salary.

Maternity care and childbirth are free of charge in Iceland if a woman has health insurance. However, those who have legally resided in the country for six months are automatically covered by the Icelandic Health Insurance system and are charged a maximum of US$195 per month with no additional costs required during pregnancy. Health insurance for children is no more than US$129 a month.

Iceland consistently ranks as the most peaceful country in the world, closely followed by New Zealand, Austria, Portugal and Denmark, according to the 2020 Global Peace Index. Known for its high-performing education system, Japanese employees also work long hours. The society as a whole has a strong sense of community, with 89 per cent of its citizens reporting that they have someone to rely on in times of need.

Maternity and paternity leave in Japan

Japan’s parental leave system is recognised as one of the best in the world, as it permits both parents to care for their offspring for up to a year from the time of birth while receiving at least half of their pre-leave wages.

Not only does Japan offer a high standard of medical care as well as boasting the highest life expectancy rate in the world, its citizens and foreigners who have resided in the country for at least a year enjoy free health care. Insurance contributions are deducted automatically from workers’ salaries.

In 2019 approximately 94 per cent of three- to five-year-olds were enrolled in early childhood education and care programs in the country, with an estimated monthly fee of US$727 for preschool or kindergarten-aged children.

​​According to the 2020 Global Peace Index, Japan is the ninth most peaceful country in the world. However, it ranked third when compared to other Asia–Pacific nations, which is also the case for societal safety and security. 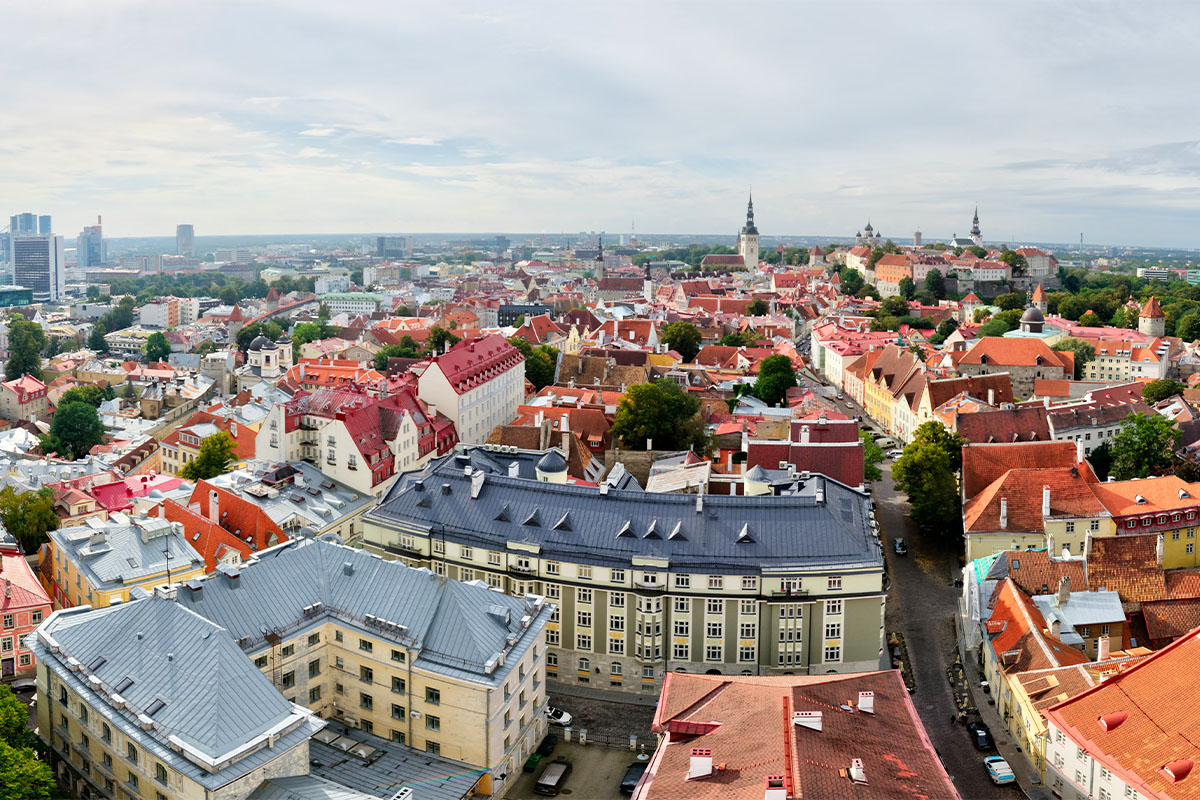 Estonia is located in northern Europe, bordering Russia and Latvia as well as the Gulf of Finland and Baltic Sea, which is home to more than 2,000 of its islands. With over half of the country covered by forests, it’s one of Europe’s greenest and least crowded nations. Residents of its capital, Tallinn, enjoy free public transport.

Maternity and paternity leave in Estonia

All Estonian residents in employment are automatically covered by the country’s health insurance in addition to all pregnant women and children until they reach 19 years of age. Workers need to be employed for at least a month before they are eligible to receive the benefits.

While attending preschool is not a mandatory requirement, an estimated 94 per cent of children aged between four and seven take part, and about 81 per cent from the age of one-and-a-half to three years. Kindergarten and preschool fees in the capital city are roughly US$322 a month.

Having risen seven places since the previous edition of the annual Global Peace Index, Estonia now ranks as the 30th nation in the world on the peace scale, and is positioned in the top quarter regarding social safety and security. Teeming with wilderness spots that are ideal for foraging and boasting some of the cleanest air in Europe, Finland also has a strong sauna culture and a world-class education system – evident by the Organisation for Economic Co-operation and Development’s Programme for International Student Assessment test – making it an attractive destination in which to raise a child. Additionally, children in prams are entitled to free transport in most cities.

Maternity and paternity leave in Finland

With the capital, Helsinki, taking first place in the world for the best work–life balance, Finland also has generous leave entitlements for parents. Pregnant women can take their paid leave 50–30 days prior to giving birth and for a total of 105 days. Fathers are entitled to 54 days of paid leave, 18 of which can be at the same time as the mother. Paid leave can also be granted to working parents who intend to take at least a month off to care for their child.

Public health care is available to all residents and while it is not free, it is funded by taxation and patient fees are relatively low.

After parental leave, children can attend an early childhood education and care (ECEC) centre or parents can choose to care for their child at home where they can claim an allowance until the child reaches three years of age. The maximum fee charged for ECEC is around US$333 per month, which varies depending on the family’s income and the number of offspring. New Zealand, Australia and the US have comparatively high fees for childcare compared to Finland.

Around 96 per cent of Finns feel safe in their country, which is reflected in the Global Peace Index, where Finland ranks as the eighth nation for societal safety and security and fifth in terms of food security. Following Finland, Norway ranks as the second-best country in the world for work–life balance in 2021. Known for some of the most scenic railways in Europe and stunning fjords, it borders Sweden, Finland and Russia.

Maternity and paternity leave in Norway

Norwegian parents can take a combined leave of 12 months in addition to one year of leave thereafter granted to each parent, which amounts to two years for singles caring for their child.

Norway has universal health coverage that is funded by taxes. This is automatically granted to all citizens, with only 10 per cent of the population opting for private insurance. It covers ambulatory, mental health and hospital care, as well as some prescription medication.

Most parents in Norway enrol their children in kindergarten between the ages of one and five, and public funding for the kindergarten sector is particularly high. This has encouraged women to continue employment while parenting.

With 93 per cent of Norwegians happy to walk around at night it is no wonder the nation ranks second in the world for security, according to Gallup’s Law and Order Index, which measures people’s lived experiences of mugging, feeling safe at night and confidence in local police. Leaders and innovators in green energy with a culture that is founded on social trust and community values, Danes may pay some of the highest taxes but they are also well compensated for by a system that provides free education and health care. While the weather might not be the nation’s best asset, it certainly doesn’t stop its citizens from commuting via bike.

Maternity and paternity leave in Denmark

When it comes to work–life balance, employees in Denmark are known to leave work at around 4pm to pick up their children and prepare the evening meal. This becomes even more flexible throughout the summer months. In fact, Copenhagen ranked fifth in the world according to the 2021 Work–Life Balance Index. Paid parental leave is a total of 52 weeks, of which 32 weeks can be arranged between the parents themselves.

Life expectancy in Denmark exceeds other European nations and all its citizens have equal access to free healthcare services, which is categorised into different groups. Additionally, the system is particularly recognised for its high quality, perhaps as a result of the country’s stable wealth and advanced technology.

Danish children can begin their public daycare as early as nine months old, and by the age of three an estimated 98 per cent of children attend kindergarten. While some parents may choose private education, the public-run institutions are free of charge until the age of 16.

As the fifth most peaceful nation in the world, Denmark also ranks as the top sixth country in terms of societal safety and security.