One impact of the COVID-19 pandemic is total screen addiction, but does it help us or damage us? Stephen Corby delves eyeballs first into the dark world of a digital era where there is no off switch. 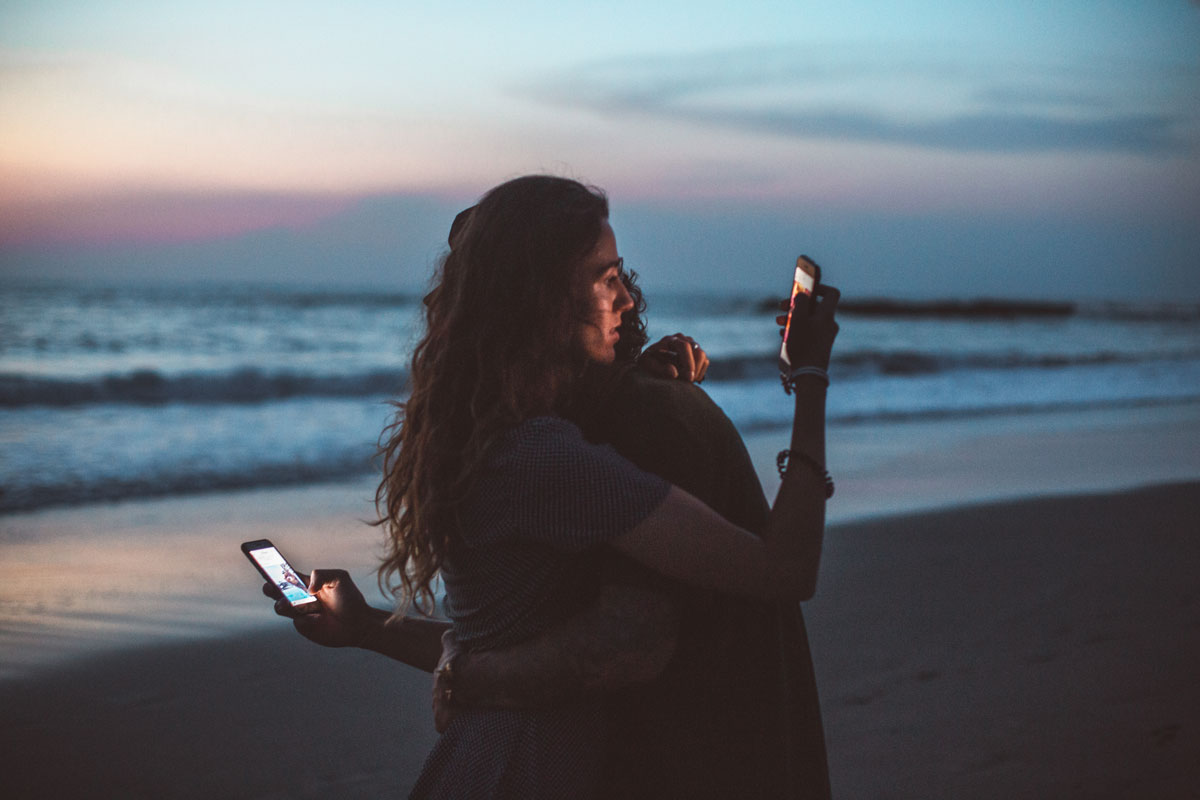 As the COVID-19 pandemic continues to squeeze tight, screens have either completely swallowed our lives, engulfed our attention and damaged our already fragile mental health, or they have been the one thing keeping us sane and allowing us to maintain social contact. It depends whom you ask.

What is not in question is that, for almost everyone, screen time in 2020 is not just up, it’s exponential. From scrolling endlessly for coronavirus news to watching more Netflix than any human should to take our minds off it, to the fact that Zoom has subsumed our working lives, screens swamp our waking hours.

And the fact is, they already did before the advent of the term ‘iso’. The average adult in the US was spending about 3.5 hours a day using the internet on their phones in 2019, according to a study by analytics company Zenith.

This year, people are posting their screen-time summaries on social media after being horrified to learn they’re averaging eight hours a day, or more.

The World Health Organization is issuing warnings about the “health risks of excessive screen time”, which can, it says, include negative impacts on relationships and an inability to control emotional outbursts. Screens can also “take priority in a person’s life over the basic functions, such as eating, sleeping, personal hygiene and exercise”.

Author and behaviour specialist Mark Carter says there’s no doubt that our mental health is suffering from all this screen gorging.

“From a behaviour point of view, we are hardwired for human connection and videoconferencing is not the same as actually meeting with somebody,” Carter insists.

“We can relate that to the elbow bumping we all started doing, which is just not as fulfilling, or human, as a handshake. Imagine that on steroids – that’s what it’s like trying to maintain relationships via screens. It’s just not as rewarding, and it feels a little empty.

“The other thing is that, while we’ve been separated from each other, all those video calls can just increase the longing we have to physically be with people. It makes you notice more what you’re missing out on.”

Carter believes the effects of screen addiction on our working lives are just as deleterious as those in our homes. He points out that a normal office environment “has a certain cadence, a set of rhythms, in which we move from one meeting to another and we take a break as we walk between them, time in which we’re with other people”.

With people working from home, however, meetings are often booked back to back, as we don’t assume anyone needs to go anywhere.

“It’s just exhausting, because it doesn’t allow for those normal breaks, and that’s not good for mental health,” Carter adds.

He says business clients he’s currently consulting with say they feel compelled to be on more and more video calls, as they desperately try to maintain connections with staff.

“But the fact is that, as humans, touch is one of the really important senses for us; it’s a vital part of communication. And then there’s the problem of not being able to read the room, not being able to pick up on people’s body language,” he says.

“That’s why it’s really important to get people to turn their cameras on for meetings, because you’re trying to increase the touch points, and at least there are some subtle things you can pick up when you can see each other.”

Aside from the work part of going into an office, Carter says we’re also missing out on vital social interactions, which can be dangerous in a world of echo chambers and fake news.

“Screen time is increasing the biases people have that are constantly being reinforced by all the noise on social media, which is not quality journalism,” he explains.

“In an office, you mix with different people, you discuss topics outside of work and you might at least hear different points of view. At the moment, we’re not necessarily getting that balanced perspective to tether our own ideas to.”

Locked down in Melbourne

Speak to someone who lives on their own, in tightly locked-down Melbourne, and has been forced to rely almost entirely on screens for social contact, and you get a very different response.

Dr Karl Sebire, a technology researcher from the University of New England, admits his screen usage has quadrupled during the many months he has been in lockdown, but he also points out that he, and many others, would be “cut off and totally isolated” if it weren’t for devices.

“There needs to be some balance in the way we’re talking about screen addiction, because it’s great for fear-mongering. But while there are challenges, we should embrace the positives as well,” Sebire says.

He believes we need to treat screen time the way we treat calories. Some of it nourishes us and some is junk, but everyone likes a bit of both.

“We all need calories and you can get them from wine and pizza quicker than salad – they’re both calories. And at the moment, if you want to binge and watch five episodes of something in a row, if that’s a recreational outlet for you, it shouldn’t be pilloried as this evil thing,” he says.

“People need to be on Zoom at the moment, and that’s a very different situation to sitting on social media, getting depressed about how your life is not as good as everyone else’s.”

Speaking of depression, which has been on the rise, Sebire believes it would be a lot worse without technology.

“People prefer to communicate online when it’s about something like that – it’s less intimidating. Beyond Blue and Lifeline say that people would be suffering a lot more if they weren’t able to access online mental health services,” he explains.

When it comes to monitoring our own screen time, Sebire believes it’s something adults are capable of. He points out that if you give a young child a device, they will often play it until the battery goes flat or they pass out, while fully grown humans are “better at self-regulation behaviours”.

“Of course, it’s still not easy because the devices we have today are not passive, like radio or television, they’re designed to lure our attention,” he says.

“Look at your emails – you have to swipe down to refresh, to get more, and that’s designed just like a slot machine, to create an addictive behaviour.

“You have to remember that every little bit of design on these devices is intentional – that’s why you can never get to the bottom of these sites, you can’t ‘finish’ Twitter. It’s all designed to keep eyeballs on screens for as long as possible.”

Read next: Google knows everything because we tell it everything