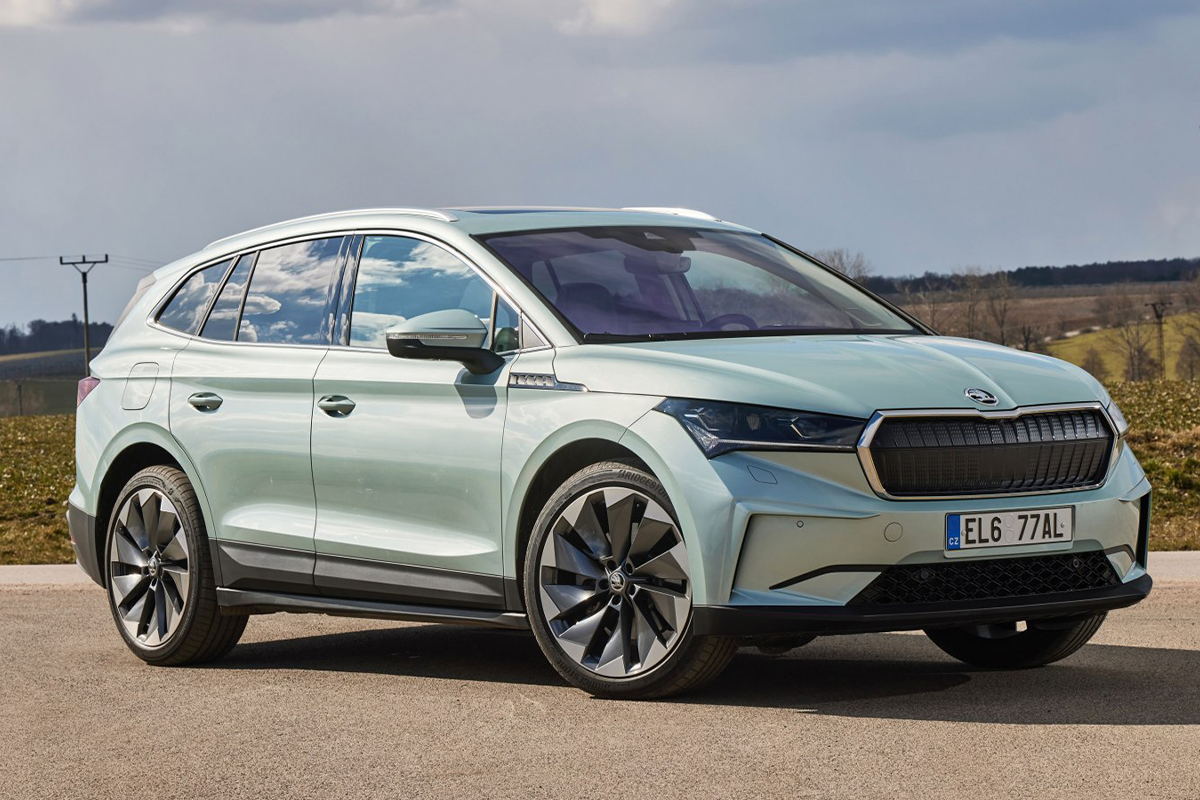 Škoda Auto, the vehicle manufacturer in the Czech Republic which builds its models similar to Volkswagen Group vehicles, will give you an internal-combustion petrol-powered vehicle for longer journeys if you lease an electric car.

The company has released its first purpose-built five-seat electric SUV, the Enyaq iV, which uses the same powertrain and technologies as the Volkswagen ID.4. The Enyaq iV is in the same category as the Ford Mustang Mach-E, electric Volvo XC40, Kia e-Niro and imminently the Tesla Model Y (May at the earliest).

Initially Škoda’s Enyaq iV will be available in two versions. The Enyaq iV 60 has a 62-kilowatt-hour battery and the more expensive Enyaq iV 80 has an 82-kilowatt-hour battery, while both feature single rear-mounted electric motors for rear-wheel drive. The range of distance travelled on the battery is between 412 kilometres and 697 kilometres. Both cars charge at a maximum rate of 50 kilowatts unless you specify 100 kilowatts and 125-kilowatt charging for the 60 and 80, respectively.

All-wheel drive Enyaqs with a second electric motor for the front axle are being built, together with a quicker vRS version, Top Gear reported.

As with any new type of product, Škoda is offering a leasing package for the electric vehicle to ease the mind of would-be buyers who have always used internal-combustion petrol-powered vehicles.

“Making the switch to an electric car has never been simpler thanks to Škoda Lease&Care. With a Lease&Care plan, everything is covered by one simple monthly payment with servicing and car costs also included,” Škoda states on its UK website.

There are three different Lease&Care packages.

“All our care packages are available with an optional annual seven days allowance from VWFS Rent-a-Car which can be added to your monthly payment. This gives you access to a range of vehicles for added peace of mind on those longer journeys or if you just need something a bit different for the weekend,” Škoda said.