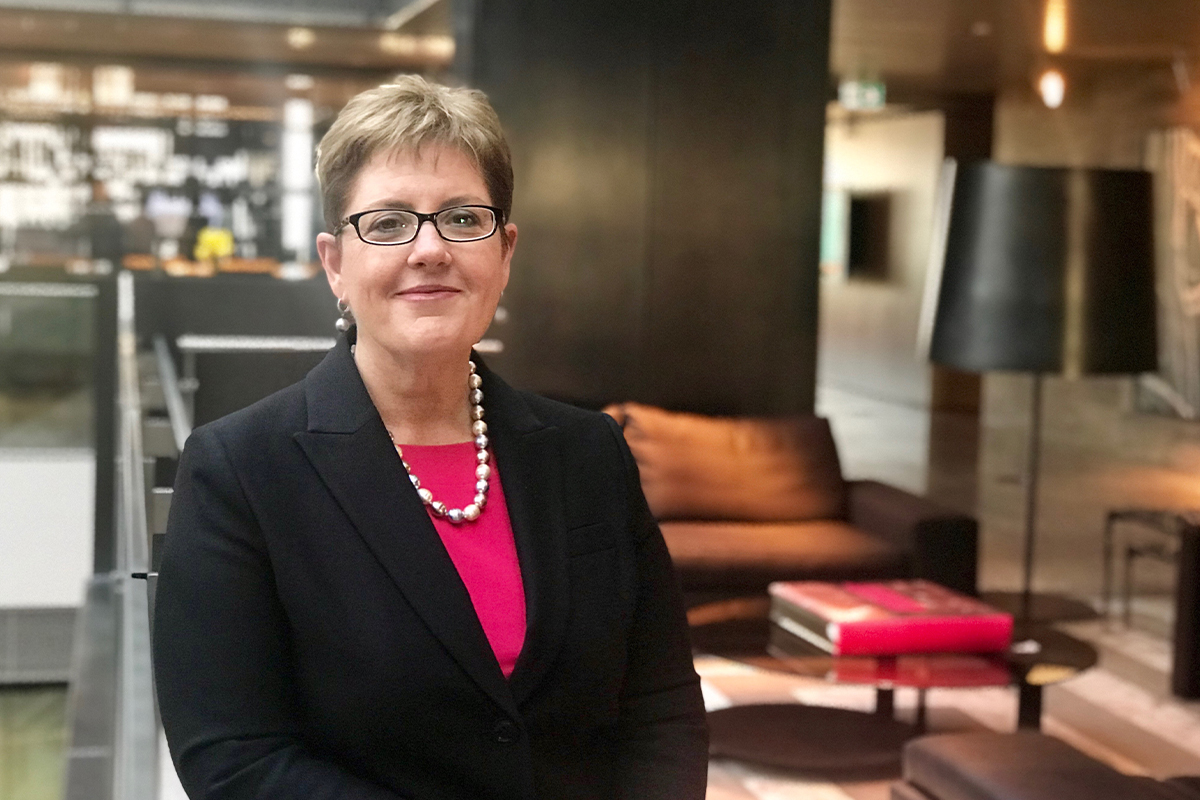 George will replace AMP CEO Francesco De Ferrari, who will retire. She will join AMP Limited as CEO in the third quarter of this year, subject to required regulatory approvals. De Ferrari will continue to lead AMP during the interim period.

George will be paid a fixed annual salary of US$1.3 million (A$1.7 million), which is US$379,000 (A$500,000) less than De Ferrari. George’s sign-on package also includes US$3 million (A$4 million) in AMP shares, with about 25 per cent subject to her staying in the position for an unspecified amount of time.

Samsung Galaxy A52: flagship smartphone features on the cheap

De Ferrari will be paid US$227,000 (A$300,000) for his additional work leading AMP Capital after executive Boe Pahari stood down following an investors revolt over AMP’s handling of a sexual harassment complaint against him. De Ferrari will also receive an extra US$151,000 (A$200,000) to cover relocation costs, after moving from Singapore for the job.

De Ferrari was brought in to overhaul AMP after The Royal Commission into Misconduct in the Banking, Superannuation and Financial Services Industry, which found damning evidence AMP advisers were charging fees for no service and in some instances kept charging people who had died.

Since De Ferrari’s appointment as CEO, the value of AMP shares has fallen by almost half. On Alexis George’s appointment, AMP shares bounced four per cent after opening on A$1.32 per share.

“In Alexis George, we have a great leader and strong fit for the future of our company. On any measure, she has outstanding industry experience in wealth management and banking, and is committed to continue the transformation of AMP’s business, and importantly, our organisation’s culture,” said AMP Chair, Debra Hazelton in a media release.

“Alexis will work with our executive team to complete and build on the strategic initiatives started under Francesco’s leadership and take AMP forward to its next phase of growth.”

George joined ANZ in 2013 after spending 10 years with ING Group in a number of senior roles including CEO Czech Republic and Slovakia, responsible for banking, insurance and funds management, and Regional COO Asia, responsible for product, marketing, technology and operations.

ANZ CEO Shayne Elliott said in a media release: “While we are incredibly disappointed to lose Alexis, I could not be more proud she has been asked to take on such an important role as the next CEO of AMP.

“Alexis has made an invaluable contribution over the last seven years and I know she will have a similar impact on her new company. Her leadership during the pandemic was exceptional and made a big difference to how we were able to support our staff and customers through an incredibly challenging period.

“As one of the most experienced wealth executives in the country, she is ideally placed to lead AMP through its next phase and we all wish her well on the challenge.

“It is also a good thing our most senior women are being selected for these high-profile and challenging roles. It shows we are providing our people with the opportunities they deserve and Alexis’s appointment as CEO of AMP is ultimately in the best interest of the Australian business community.”