No one wants huge chunks of their income being confiscated by the tax man. Here are a few places that will allow you to get ahead in sunny luxury. 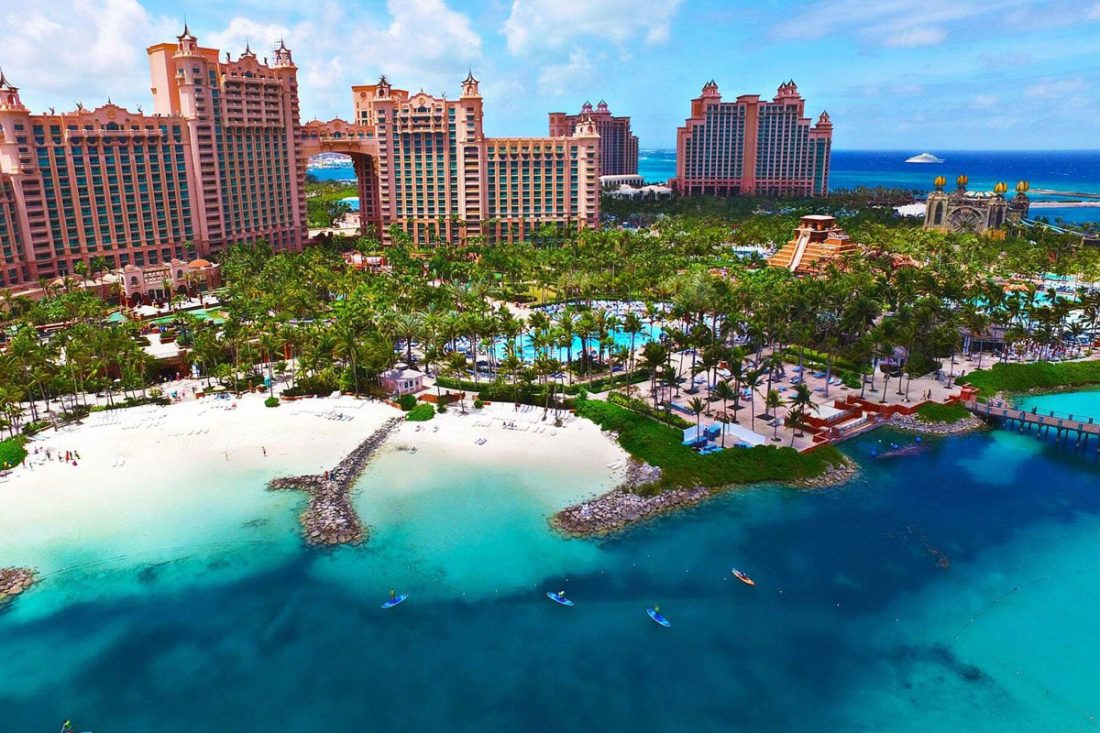 They say there’s only two certainties in life: death and taxes. This may be true for spreadsheet dictators with an unhealthy addiction to spray-on suit pants, but when it comes to the world's lowest income tax countries, a finer quality of life can exist.

The truth is that no one wants to watch huge chunks of their income being confiscated by the tax man. This is what makes the idea of uprooting and re-establishing life on an exotic island with a few coconut trees and zero income tax so darned appealing.

Sun, sand, sangria and a full pay packet with no tax sounds like the fast road to retirement, right? We explore some of the countries that have little to no income tax alongside their liveability rating – not all countries with zero or very low income tax offer an idyllic life.

The answer to how the world’s lowest income tax countries work isn’t rocket science; it all comes down to alternative sources of revenue.

Accomplish that to a high degree, whether it’s in tourism, oil production or mining, and you’ll have revenue that can offset the need to tax residents.

Alaska generates 90% of its revenue from its oil and gas industry and boasts a 0% income tax rate. Oil-rich countries like Oman and Qatar are also in the same boat.

Countries like the Bahamas or the Maldives meanwhile generate enough revenue from tourism to fund a government without the need for an income tax on residents. 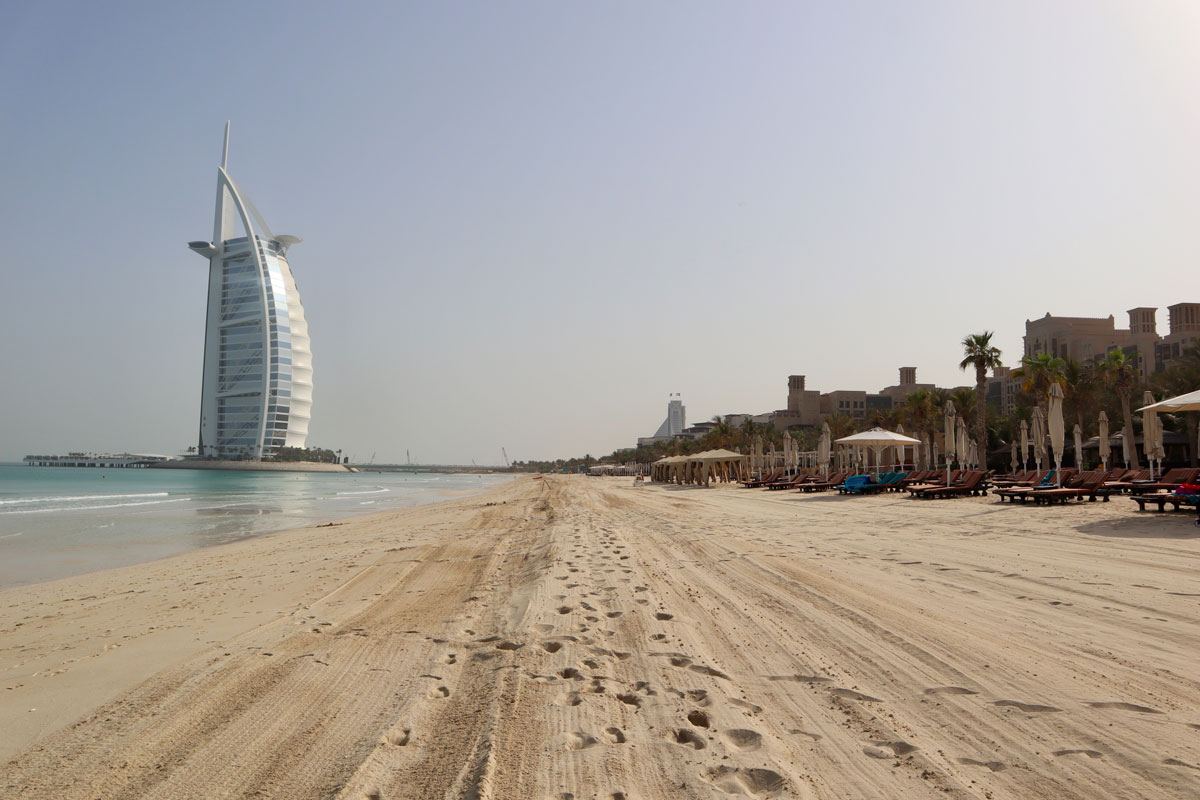 Income tax: 0%
Price of a can of Coke: US$0.83
Liveability: There are plenty of oil-rich countries littered throughout the Middle East that don’t impose an income tax on residents but the United Arab Emirates is generally considered one of the most popular due to its stable government, educational facilities and robust economy. In terms of general liveability, the UAE offers one of the most multicultural communities in the region. As a result of this there are plenty of dining and entertainment options to choose from alongside a strong English-speaking community. Those thinking about making the UAE a tax-free home will need to make some lifestyle considerations though – there are strict rules to abide by. 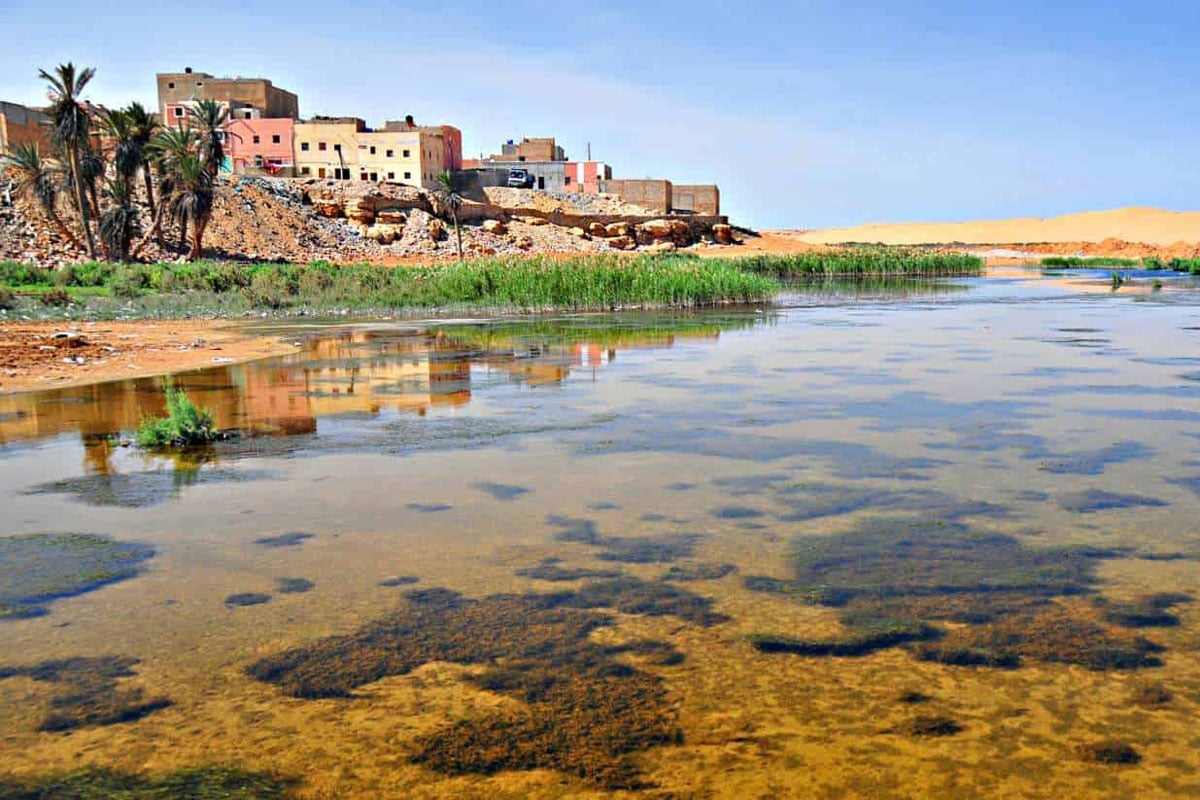 Tax rate: 0%
Price of a can of Coke: N/A – can be smuggled from Morocco for US$0.30 – US$0.70
Liveability: A tax-free country isn’t all about luxury hotels, hammocks and beaches. Western Sahara is a disputed territory of north-western Africa just neighbouring Morocco and Algeria. The region has been subjected to war and occupation for more than 40 years meaning Sahrawis have been forced into refugee camps whilst conflict simmers on. Such is the dire situation that Morocco has sealed off the occupied region with a towering sand wall spanning just over 2,700km across the desert, flanked by the world’s longest minefield. This is proof of when being one of the lowest income tax countries isn't a good thing. 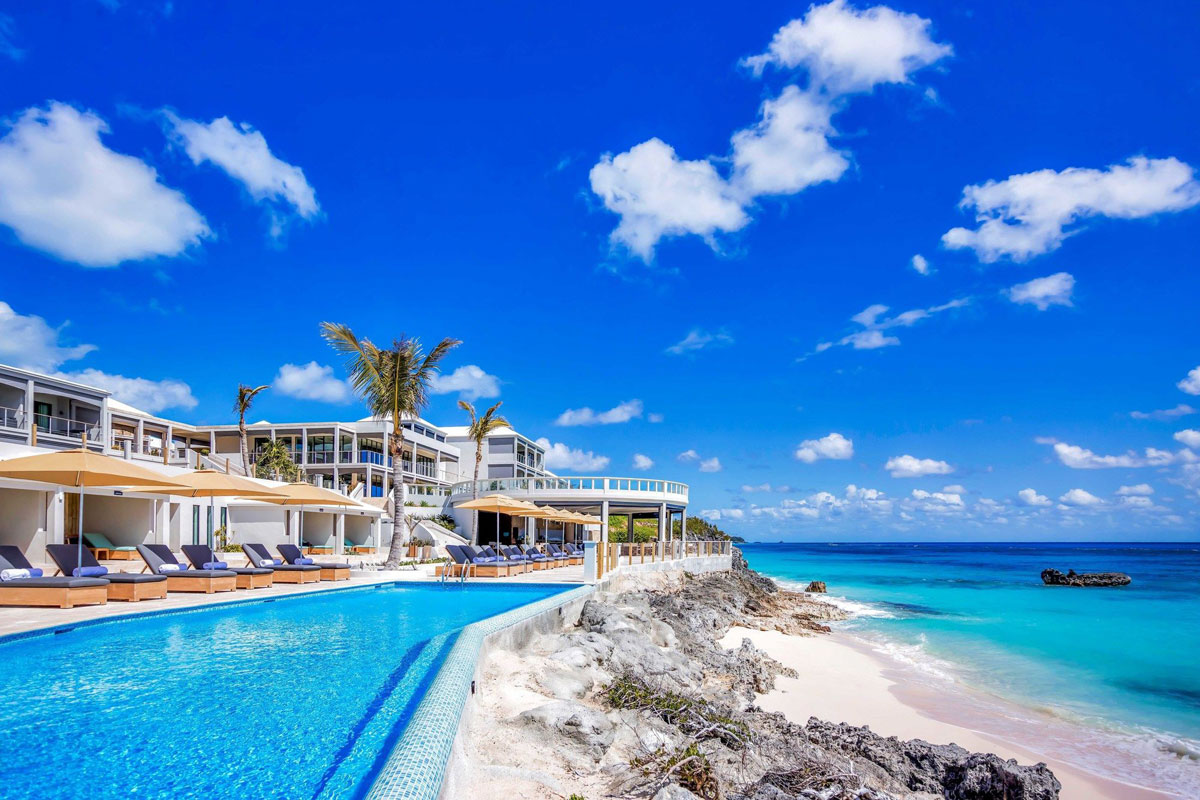 Tax rate: 0%
Price of a can of Coke: US$3.45
Liveability: Oracle Team USA, the world’s richest racing yacht team backed by billionaire businessman Larry Ellison is based out of Bermuda, so that should give you some indication of this Caribbean destination’s immense wealth. Bermuda is as luxurious and idyllic as it comes when you talk about tax-free havens. The downside? The cost of living is astronomical due to its relative isolation from the United States’ eastern coastline. Those who work in Bermuda tend to experience a luxurious lifestyle supported by high paying jobs but again, this is at the detriment of the high living costs – nearly four times that of the US and triple that of the UK or Canada.

● Bermuda is highly developed compared to other Caribbean islands
● Facilities include excellent road access, public transport and high-end restaurants
● Amazing expat community
● A survey from HSBC Bank International rated Bermuda as the second most friendly country in the world behind Canada
● Food and dining is expensive
● No income tax but there may be indirect taxes
● Pink sand, white sand, crystal blue waters and a cruisy lifestyle is the backbone of this British island territory
● There’s a big financial sector in the country to support workers 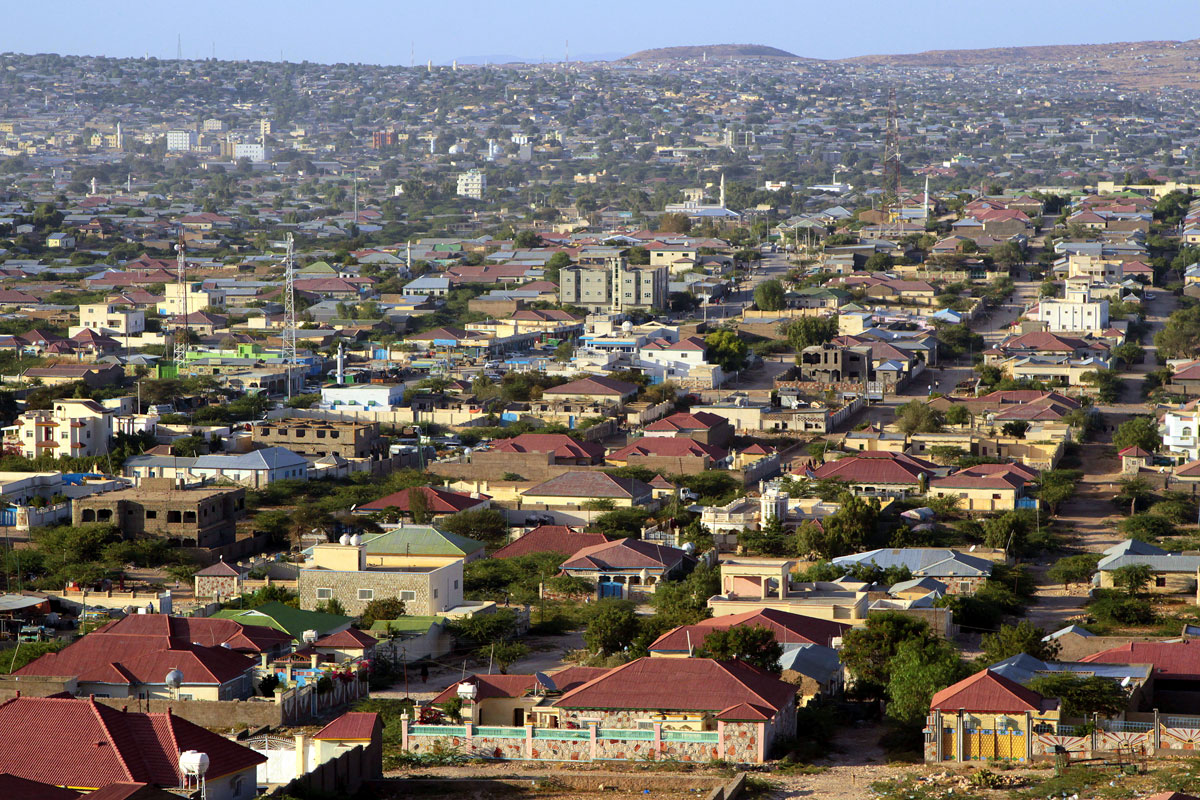 Tax rate: 0%
Price of a can of Coke: $US0.61
Liveability: Somalia is a prime example of a tax haven that dispels the usual myth of living a lavish lifestyle by the beach. The region is arguably one of the least liveable countries in the world thanks to decades of civil war, crime, murders, kidnappings and general unrest. The government has thus far failed to contain these issues and it’s the reason why there is no income tax – it’s considered a failed state, which has nothing to do with revenue from tourism or foreign investment.

● Hargeisa (pictured) is the capital of Somaliland and is considered one of the safest places in the country with a population of 760,000
● Locals are extremely friendly and welcoming but there is still the isolated incident of threats of violence against foreigners
● Roads are basic with no traffic lights, street signs or streetlights
● Men can’t wear shorts or sleeveless shirts; women must wear long dresses or skirts
● Tourist attractions are minimal in Hargeisa besides a town market and camel market
● There is no alcohol in Hargeisa; men instead drink tea, coffee or fruit juice 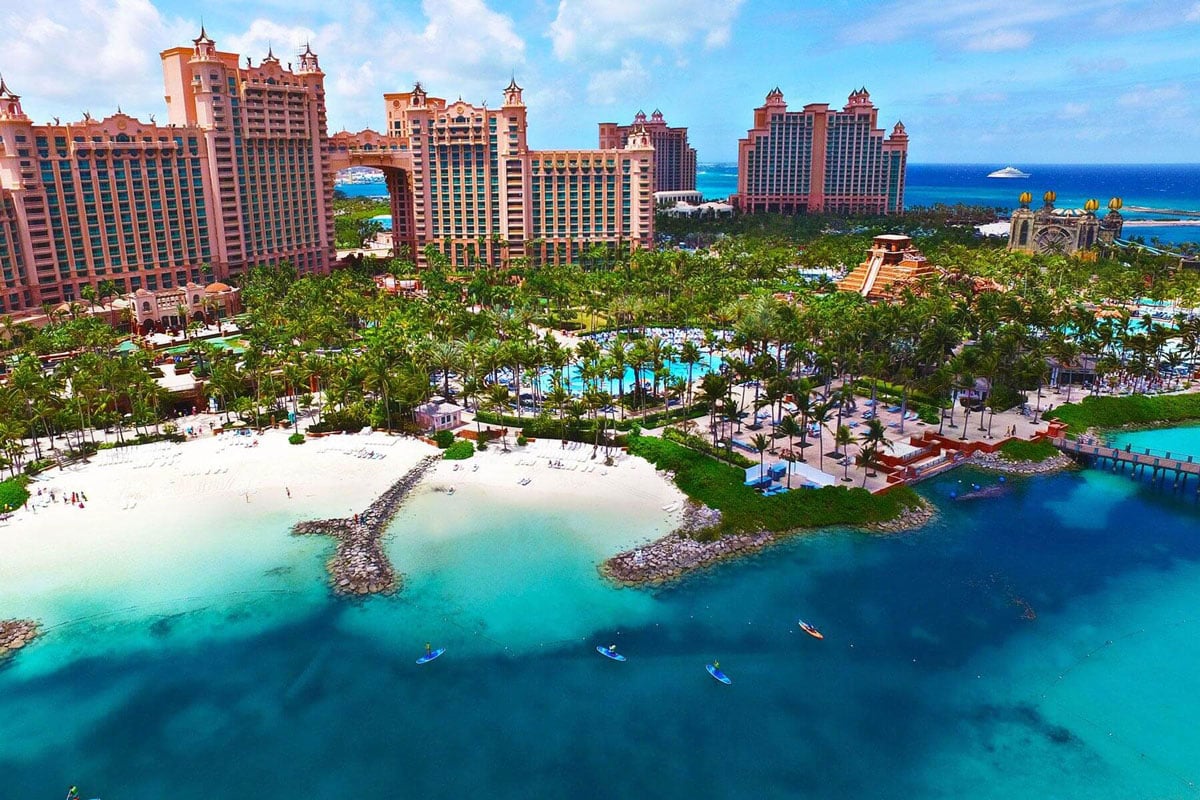 Income tax: 0%
Price of a can of Coke: US$1.66
Liveability: With Instagrammable swimming pigs and scenic pulling power such as this, it’s little wonder that the Bahamas doesn’t need to impose an income tax on residents looking to set up life amongst turquoise waters and white sands. Located off the coast between Miami and Cuba, The Bahamas is one of the richest countries in the Americas after the U.S and Canada. It earns this rank thanks to its robust economy bolstered by tourism and offshore finance. Things to note about the Bahamas:

● You’ll just need a fair bit of money to set up residence
● Temporary residency is granted with a US$1,000 fee by the immigration office, which can be renewed yearly
● You’ll need to make an investment in property to the sum of US$250,000 if you plan on staying long-term or acquiring permanent residency 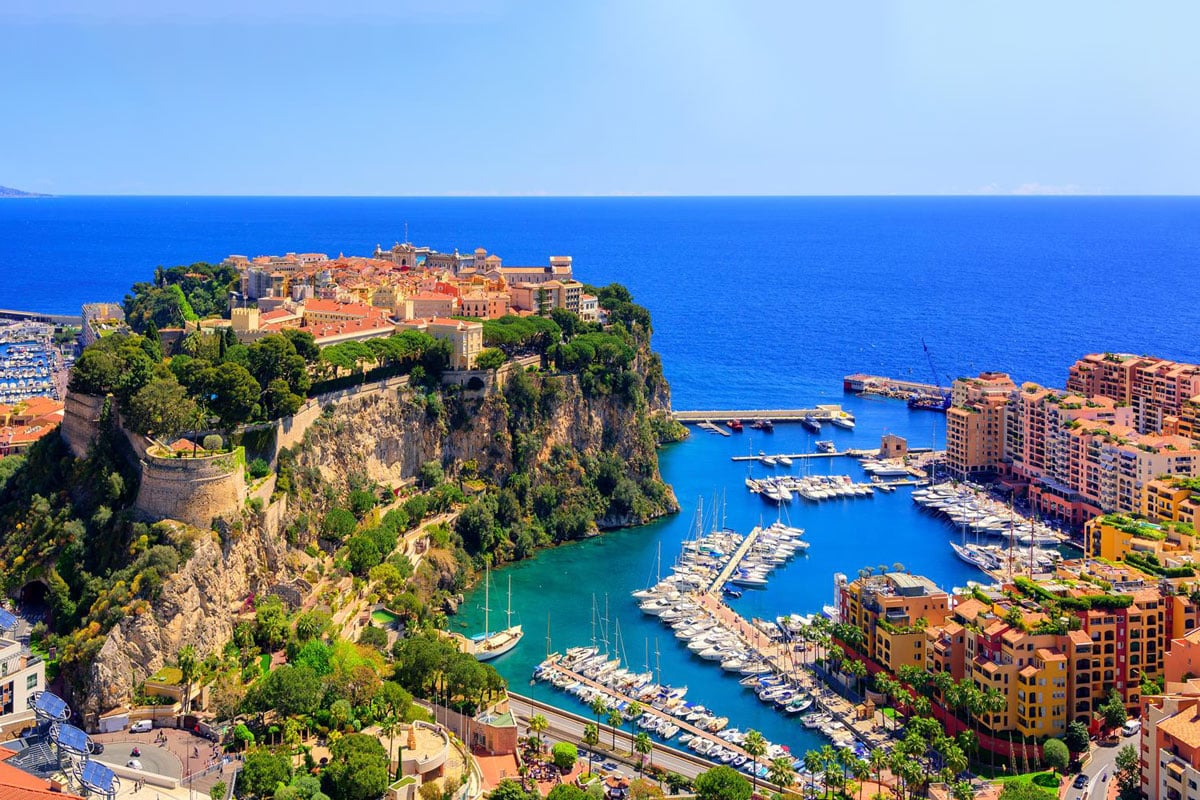 Tax rate: 0%
Price of a can of Coke: US$5.15
Liveability: As the poster child for tax havens it doesn’t get any more glamorous than Monaco for wealthy expats. The perennial playground for ultra-high-net-worth individuals is also one of the world’s most beautiful with dedicated marinas wrapping around natural cliff faces, and mansions and luxury hotels bordered by a sea of superyachts.

● Monaco became one of the earliest countries to abolish income tax in 1869
● Liveability score is naturally high but you’ll need to earn serious money to sustain the lifestyle
● Monaco is still one of the easiest tax-free countries to become a citizen in
● Monaco banks require a minimum deposit between 500,000 to 1,000,000 euros to establish a citizenship application
● Home to one of the world’s lowest crime rates
● There are no restrictions on foreigners opening bank accounts or buying property in Monaco
● During the Monaco Grand Prix, visitors can expect to pay peak rental fees of over US$10,000 a night at apartments 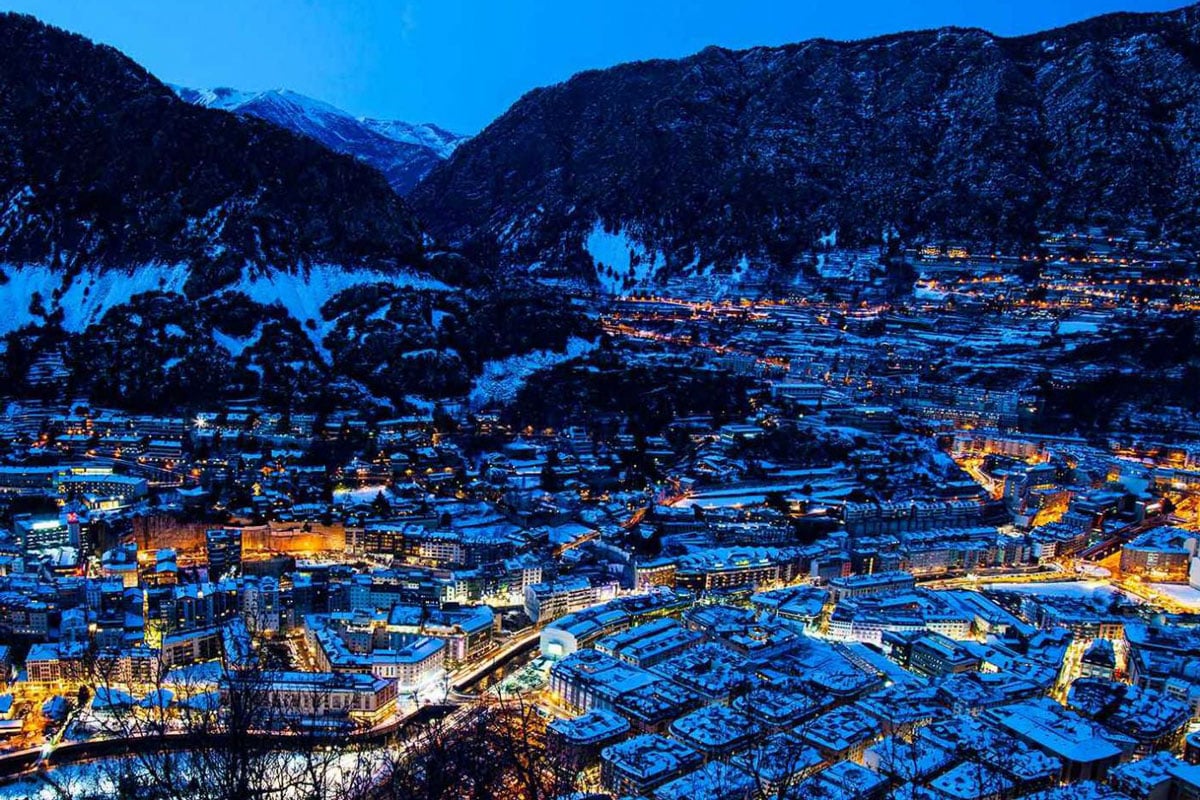 Tax rate: 10%
Price of a can of Coke: US$2.03
Liveability: There are plenty of tax havens that show off the finest in waterfront living, but for those who prefer snow to sun there is Andorra, a quaint little country located in the Pyrenees mountains, sandwiched on the border of France and Spain. Whilst not a completely tax-free haven – individuals making over 40,000 euros a year need to pay 10% tax – it does have a negligible capped tax rate. This means less time dodging the tax man and more time for hitting the ski slopes. If skiing isn’t your thing, the community is known for being quiet and easygoing. The official language is Catalan but locals also commonly speak Spanish, Portuguese and French.

● Andorra is considered one of the world’s safest countries with a population of 20,000
● The main city of La Vella saw just one armed robbery in 2015
● A value-added tax (VAT) means Europeans will regularly drive through for day trips to purchase cigarettes, liquor, clothes or electronics
● Obtaining citizenship in Andorra requires an extensive amount of time – over 10 years on average 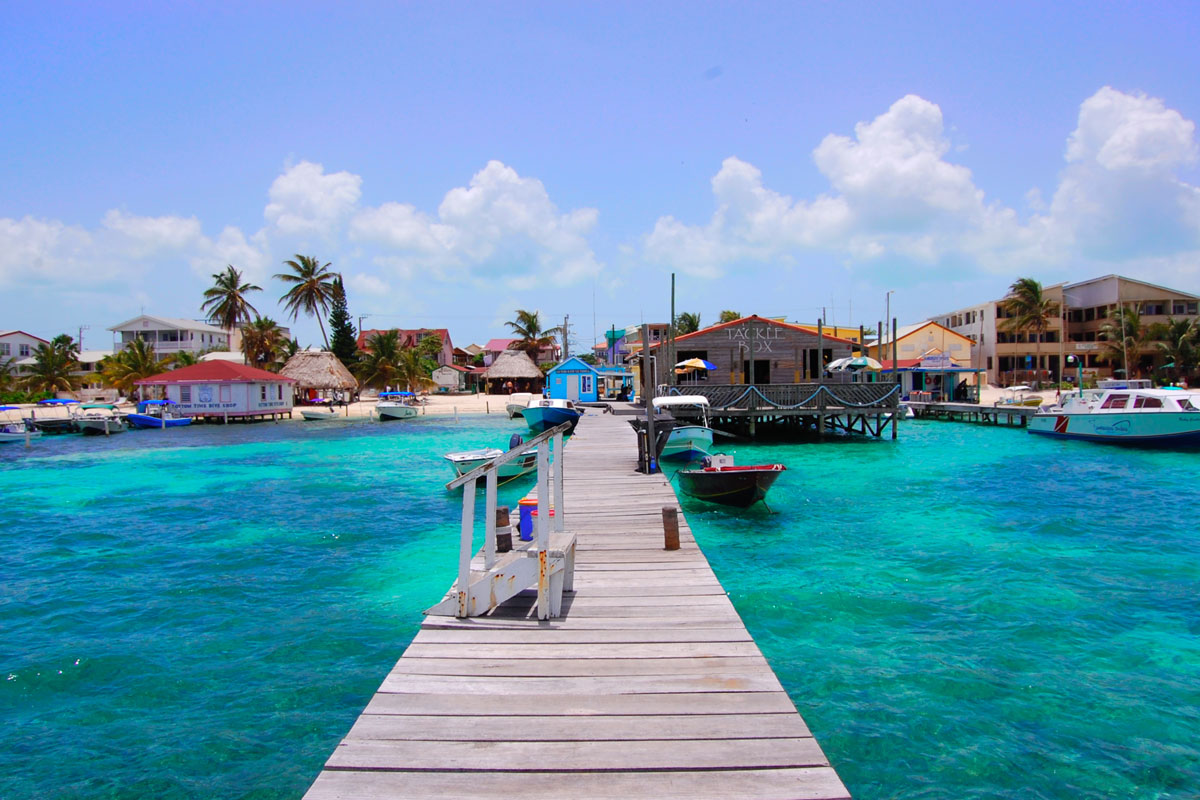 Tax rate: 25%
Price of a can of Coke: US$1.00
Liveability: If Bermuda or the Bahamas is out of your budget then Belize may be the tropical playground to call home. At roughly two-thirds the cost of living of the aforementioned B-locales, Belize is one of the cheaper Caribbean resorts to be considered a tax haven. For starters, the taxes are low. Income tax is capped at 25% for individuals and companies with the first US$10,000 exempt. There are also no capital gains taxes and property taxes are assessed at 1-1.5% of the land. Dividends from a Belize International Business Corporation – that is any offshore corporation that doesn’t include income from the US – are exempt from tax. There’s also zero tax on inheritance.

● Goods can be brought into Belize tax-free – this includes planes, boats and cars
● Residents only need to spend a month of a year in Belize
● It’s only a two-hour flight from Belize to the US
● The temperature rarely falls below 21°C
● Belize is the only official English-speaking language in Central America
● Revered for its relaxed and unpretentious summer atmosphere
● Ecologically stunning with the world’s second largest barrier reef along with the famous Blue Hole site amongst other natural environments
● The port city of Belize City is a dangerous place to avoid. It’s reportedly dirty, dodgy and rife with scammers, drug activity and crime 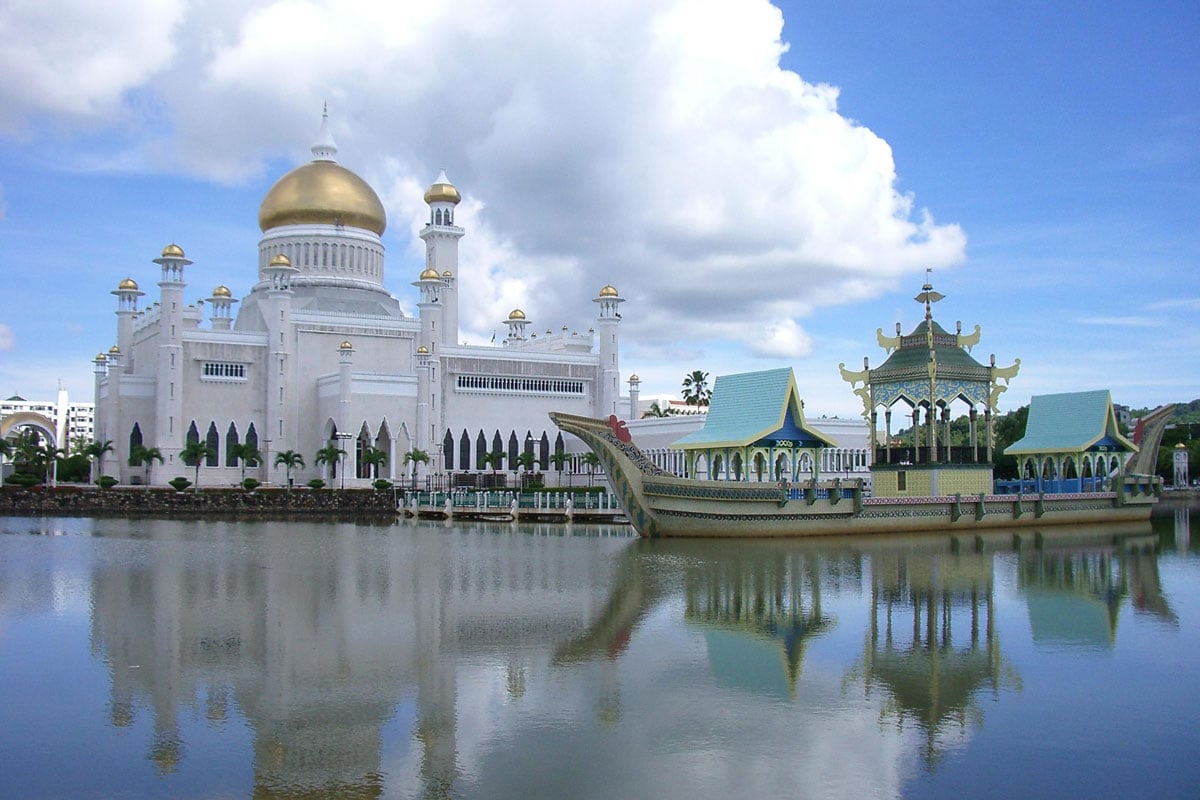 Tax rate: 0%
Price of a can of Coke: US$0.81
It may look good on paper with an income tax of 0%, but Brunei isn’t exactly the most liveable nation in the world. Beneath the opulent Jame’Asr Hassanil Bolkiah mosque complete with 29 golden domes, and the capital’s gaudy Istana Nurul palace, home of Brunei’s ruling Sultan, is a nation that bypasses income tax through its immense oil wealth. Beyond that it’s not the most welcoming place for foreigners and the government is a borderline dictatorship.

● Brunei follows strict Sharia law that bans the sale of alcohol
● Non-Muslims over 17 years old have a duty-free allowance of two litres of liquor or 12 cans of beer brought into the country every 48 hours
● Foreigners can only drink alcohol in hotel rooms or private residences
● Sex with a person who you aren’t married to is illegal
● Homosexuality is illegal in Brunei
● Speaking negatively of the Sultan or Prince is illegal
● Overstaying your Visa can incur strict penalties such as a fine, short prison sentence or caning
● Celebrating Christmas is a grey area – Christians can attend church in private but need to inform authorities as the Sultan believes any greater celebration could undermine Islam in the nation

Read next: Does a high salary equal financial security?

As a kid Mike wanted to be a cop, a helicopter pilot and a pizza dough taster. Failing all three, he became a writer instead and has since penned words for men's lifestyle publications D’Marge and GQ. He is now part of the grammar police at The CEO Magazine.