Three inspirational women who are paving the way in their industries

A tourism manager championing female entrepreneurs in travel, a three-time CrossFit Games champion paving way for women athletes, and an architect fighting to preserve the identity of Palestine while uplifting female architects, reveal their aspirations, motivations and successes. 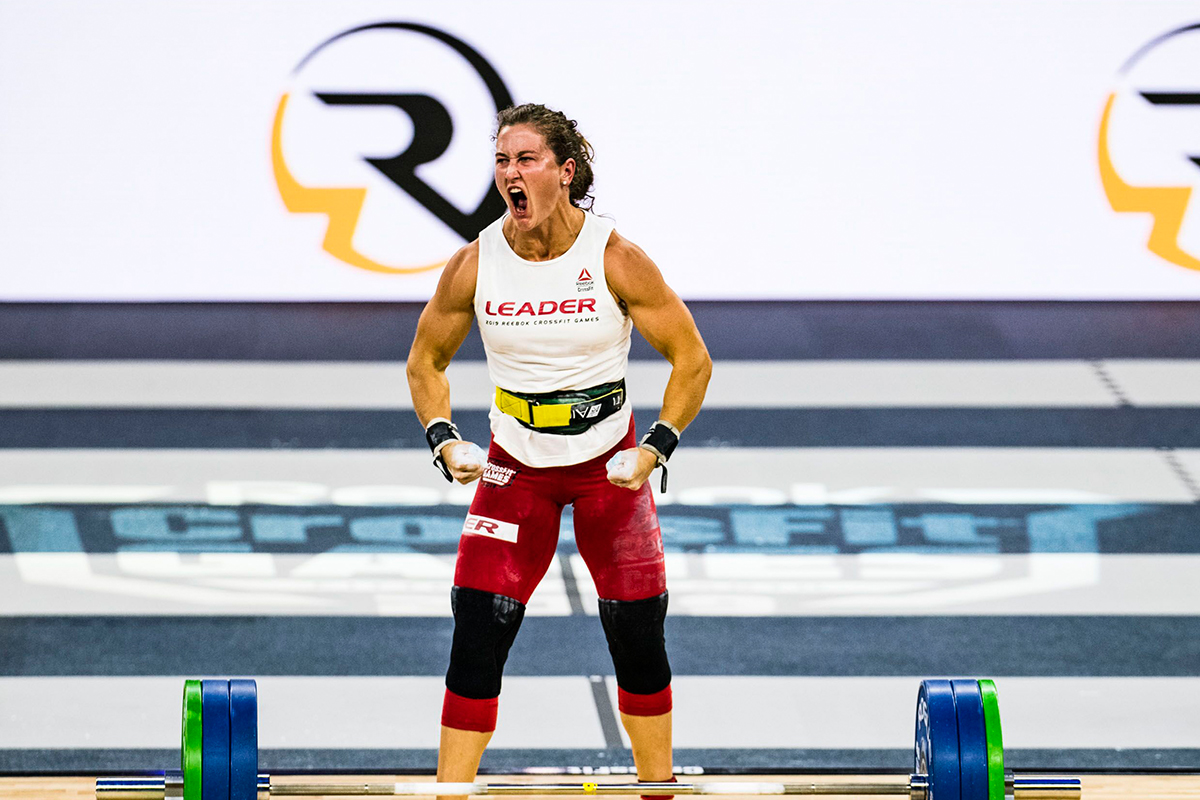 Sunday 8 March is International Women’s Day (IWD). It’s a day of celebration and recognition, as well as reflection. This year’s 2020 campaign theme is #EachforEqual, which aims to highlight that “an equal world is an enabled world”.

The following three leaders have challenged traditions, developed a strong sense of self-belief, and succeeded in their goals and dreams. They have also opened the pathway for other aspiring travellers, athletes and architects to follow suit.

Crowned ‘the Fittest Woman on Earth’, Tia-Clair Toomey made history in 2019 when she won the CrossFit Games championship for the third consecutive time. Originally from Queensland, Australia, Tia has been training in the US for the past three years. Coached by her husband, Tia has been part of the popular strength and conditioning program for the past seven years.

When reflecting on her role models, Tia points to her mum. “She helped me put myself out there and have the confidence in my ability to go out and chase my dreams,” Tia shares. “Also, seeing what my mum was able to do in her life, and the challenges she endured and overcame made me realise that it’s the challenges that make us who we are. It only makes us better.”

On average, Tia trains for around three competitions per year; all leading up to the major CrossFit Games in August. “That helps because I train to compete. The enjoyment I have for competing is so strong that being able to do that more allows me to train even harder.” Tia sets many goals for her training, but all that more or less can be accomplished within 12 months. “That helps me stay accountable and stay motivated throughout the season.”

But even professional athletes feel tired and unmotivated. Tia says going to the gym every day and training and putting in the work is challenging. “No matter what challenge comes your way, it’s how you approach it,” she says.
“Not just physically, but mentally. I’ve learned to embrace the challenge.” Tia aims to think positively, learn from the challenge, and, ultimately, grow. “It starts to become a little bit easier to embrace rather than freak out.”

“Do not over complicate it. Your goals are yours. They’re very different from what everyone else wants to go out and achieve.”

When discussing what IWD means to her, Tia calls it “a day where women can come together. It’s also a time for everyone to unite and inflate the women of the world”. She continues, “My biggest fan and supporter is my husband. It’s about everyone in the world coming together and celebrating the women of today, achieving what some people may feel scared to do.

“It’s so cool to have a day where we can celebrate and focus on the positives,” she enthuses.” In terms of advice for inspiring athletes or for those who may be feeling unsure or worried about putting themselves out there, Tia says: “Do not over complicate it. Your goals are yours. They’re very different from what everyone else wants to go out and achieve.”

Michelle Obama, Oprah Winfrey, Alexandria Ocasio-Cortez are just a few names Zina Bencheikh holds dear. “It might seem stereotypical, but I am a fan of women of colour who succeed in business or political space. More often than not, their chances of success are much lower,” she says.

Born in Morocco to academics, Zina spent many years of her childhood living overseas in Canada and France. “I don’t think I am a typical Moroccan woman. I am one of the lucky ones. I am well-educated, well-travelled and have a very senior role at a great business,” she tells The CEO Magazine.

Zina’s power hasn’t gone astray. She has been at the forefront of training women to be tour leaders, championing female entrepreneurs by contracting them as suppliers, challenging the Moroccan Ministry of Tourism to allow women to be tour guides, and helping launch a range of Women’s Expeditions in North Africa and the Middle East, which became one of the company’s fastest-selling fields in its 30-year history. 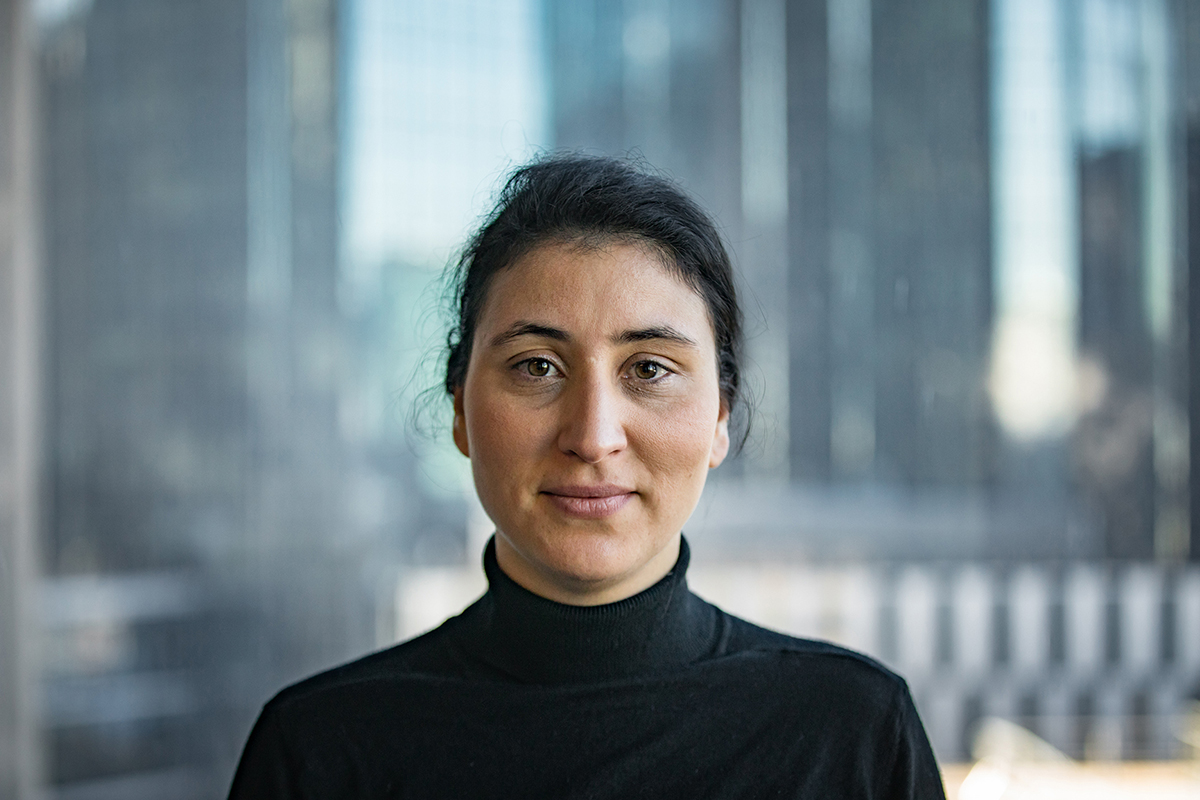 “These tours allow us to work with local women, develop their skills and provide them with jobs as well as offer a deeper understanding of the customs, challenges and lives of women around the world,” she says.

“We are still in a widely male-dominated world. Without their support to promote women, change the status quo and give them equal chances, we won’t make much progress.”

Joining Intrepid 10 years ago, Zina says it her current boss and former mentor, Natalie Kidd, COO of Intrepid Travel, who inspired and provided her with confidence. Now, Zina is working to provide the same assistance and support for other women. “Just like me, one of the very young girls in the Marrakech office has recently moved to our office in Turkey to become the Finance Manager. She said if Zina did it, that means it’s possible.”

Zina owes much of her success to several men who helped create the right connections and helped with the bureaucratic process of applying for tour guiding licenses. But, she also says that to achieve equality and diversity in the workforce, men need to take part in the change. “We are still in a widely male-dominated world. Without their support to promote women, change the status quo and give them equal chances, we won’t make much progress.”

Shatha Safi is an architect currently working as co-director of Riwaq Centre for Architectural Conservation, Palestine. Shatha has been leading and working in different projects, including the rehabilitation project of Beit Iksa, Hajjah and Birzeit, and Qalandiya. Riwaq’s cause is to restore and give life back to Palestine’s historic buildings, highlight Palestinian identity and improve people’s lives.

“In Palestine, women played a major role in the conflict against the Israeli occupation. But women are still oppressed, misjudged, sexually abused and forbidden from basic rights such as education, work, freedom of speech and mobility,” she says. “In 2020, women are still treated with inequality and racism, and that’s why we need to stand for women’s rights and against all oppressions.” 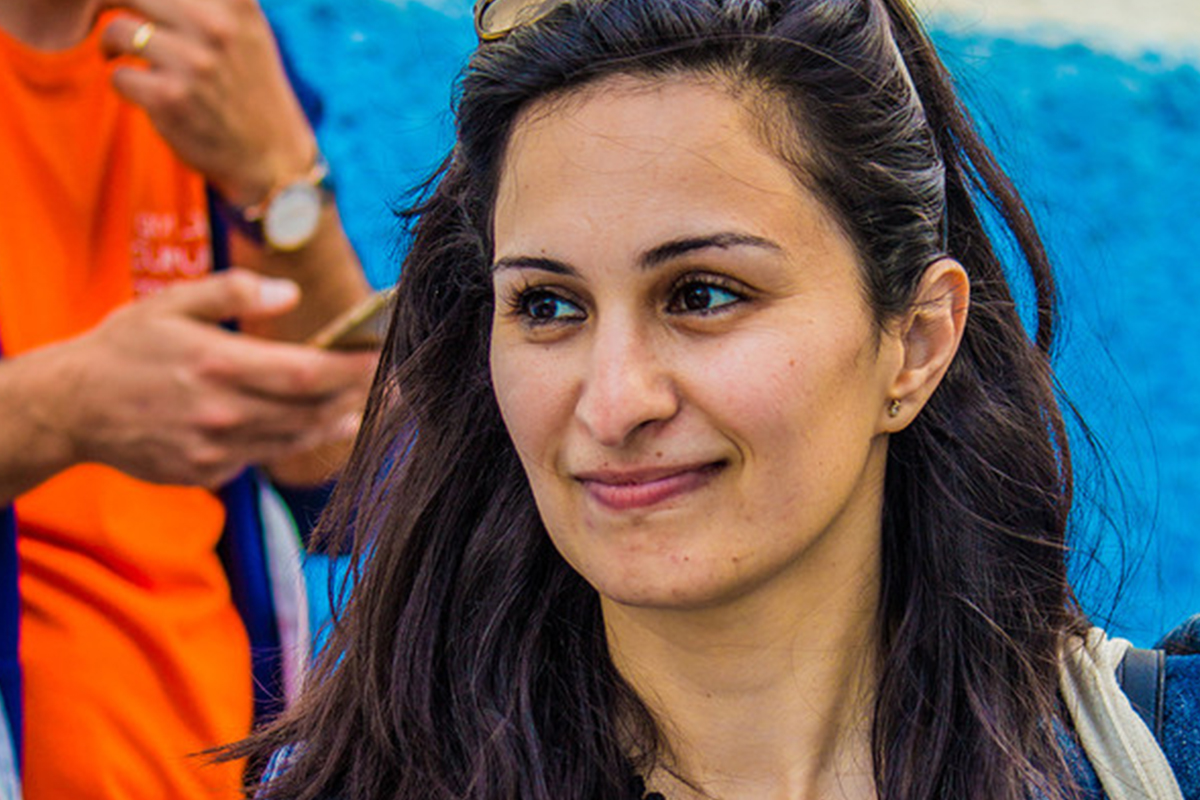 As a working mother, Shatha has to balance two working environments; office and sites in one hand, and kids and housework in the other. “It is always challenging when I get back after a full working day, and recharge my batteries to start cleaning, cooking and studying with the kids. Despite its challenge, I see it as a learning experience for a family to practice collaboration.”

“International Women’s Day is only one single day of solidarity with the oppressed and abused women all over the world. It’s a day to demand equality and justice for women and humanity.”

Shatha noticed inequality at a very young age when her father’s family were not satisfied with her mother giving birth to girls – not boys. “My parents treated us equally and never showed an urgent need to have sons,” she recalls. “My father always encouraged females to educate, travel and speak loud of their aspirations.

“However, the family pressures were noticeable for us as little kids. Whenever any woman from the family met my mother, she would pray for her to have a boy.” As a child, Shatha began questioning the differences between girls and boys. “Are we less than males? What kind of superpowers do they have? Why are they so special?” she questions. Shatha found her footing in society because of parents – particularly her mother, Na’ima Safi, who worked and paid for the family’s living expenses.

“While my father spent over 15 years as a political prisoner in the Israeli prisons, my mother worked as a maths teacher in different villages for over 30 years,” Shatha says. “She tolerated the fact that she had to raise the family by herself. She also endured having her man seized as a political prisoner for years. My mum also had to tolerate the social pressures on her from the conservative community because she had three girls.

“I look up to my mother as a hero, because she was strong and positive all the way through. She held her head high until my father came back from prison, until she had raised three educated daughters, and until she had the son who supposedly would carry our family’s name. We were raised equally and proudly.”

Shatha believes people need to start creating change from their working environment. Suad Amiry, the founder of Riwaq, had a legacy when she left her position as a co-director. “Her legacy was to have 60% or more of Riwaq’s staff females and to have either two female co-directors or one female and one male.