9 women in leadership to celebrate in 2021

The recipients for the Excellence in Women’s Leadership awards have been announced. 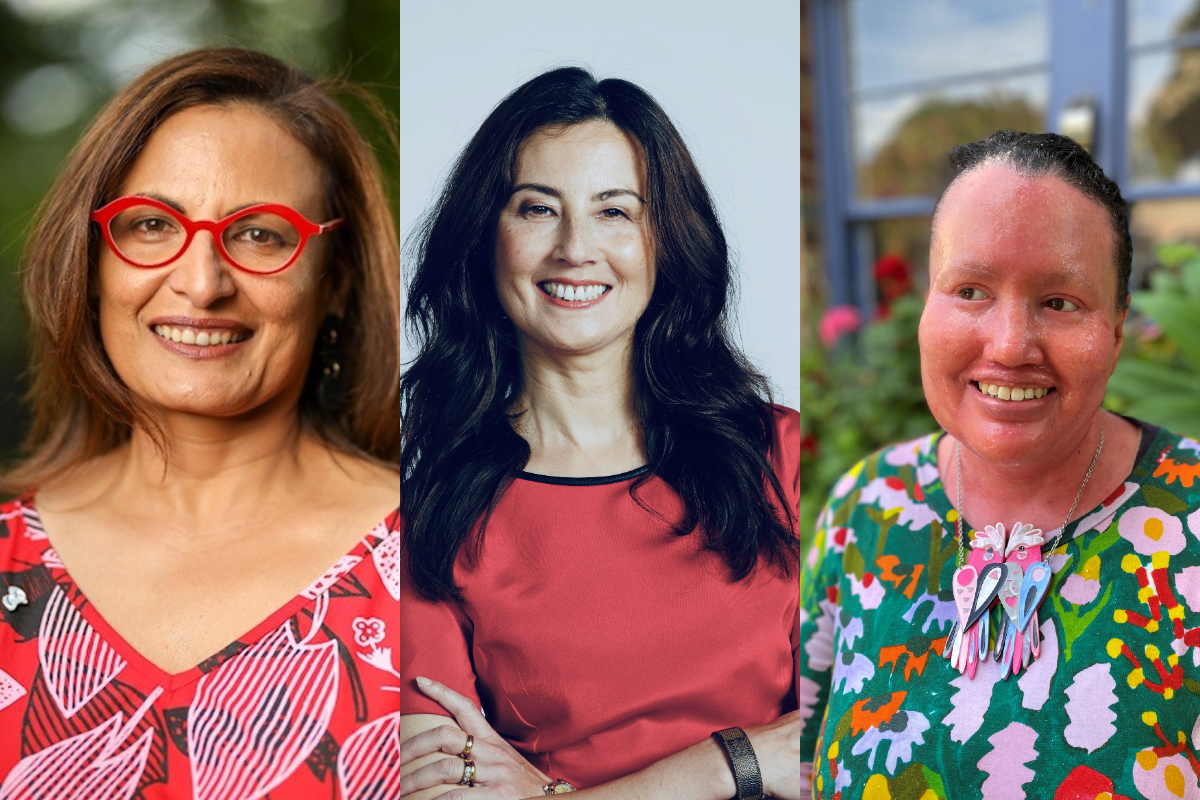 There wasn’t one person who didn’t face a challenge in 2020. Unsurprisingly, women were among those copping the most hits delivered by the pandemic.

In light of the obstacles overcome in the past year, mixed with the lack of global gender equality, the extraordinary achievements made by fearless trailblazers has been celebrated by The Australian Awards for Excellence in Women’s Leadership.

Former Australian Senator Natasha Stott Despoja AO was crowned the national recipient for 2021 for her efforts in promoting equality as Founder of Our Watch, a national foundation to prevent violence against women and children.

“What an honour to be acknowledged in this way and join such distinguished previous recipients and share it with this year’s wonderful cohort,” Natasha shares. “In this COVID era, the leadership of women – from different backgrounds and all regions – should be celebrated.

“This crisis has disproportionately affected women and girls everywhere and one of its worst affects is the increase in gendered violence. My message is that we can play a part in eliminating this scourge.

“There are so many people working to end discrimination and abuse, so this award is in honour of all of them.” 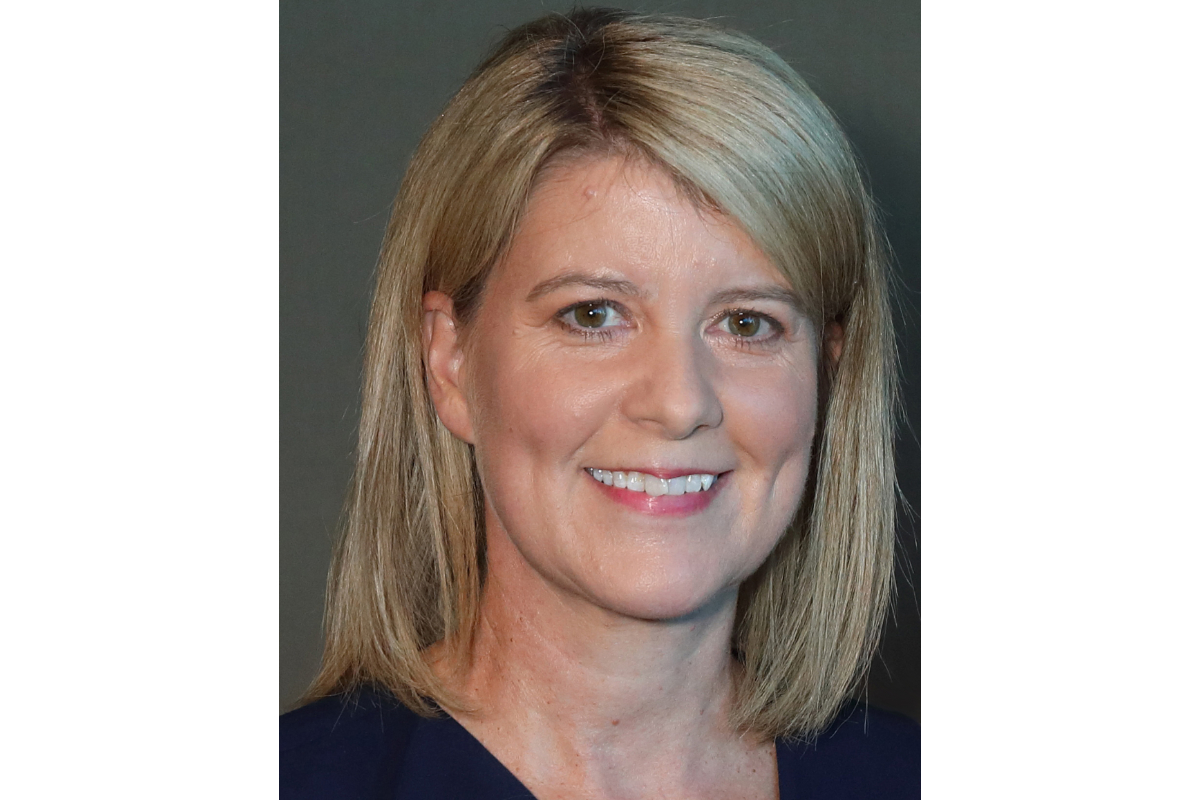 The effect of the pandemic on employment rates is clear. The workforce participation rate was 74.5 per cent for women aged between 15–64 in February 2020 – a figure that has dropped to 61.2 per cent for 2021.

Women & Leadership Australia CEO Suzi Finkelstein said this year, it was crucial to celebrate these inspirational leaders, who all represent a diverse cross-section of our community, proving leadership can exist anywhere.

“We know the importance of identifying and celebrating our women leaders, and we were so pleased to receive more nominations this year, which clearly demonstrates that community awareness and appreciation for our women leaders is increasing,” Suzi says. “The past 12 months have been particularly challenging, as the world has faced the global COVID-19 pandemic.

“While both men and women have faced immense challenges, we know that in Australia and overseas, women are more likely to be facing hardship in the face of this pandemic.” 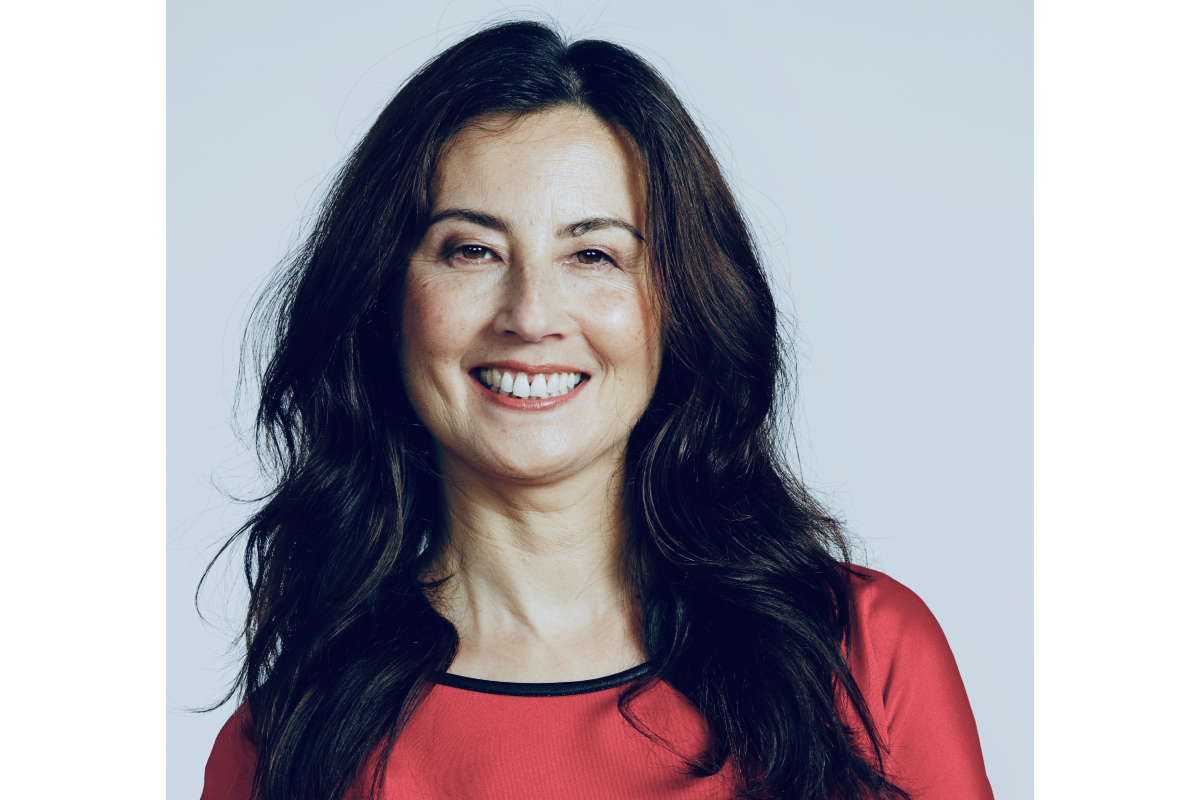 Currently on the board of eight reputable organisations including Ovarian Cancer Australia, The Suncorp Super Netball Commission and The Walkley Foundation, Marina Go revels in leadership.

Recognised for her extraordinary work as a board member and non-executive director, Marina is honoured to be named the New South Wales recipient for the Excellence in Women’s Leadership state award.

“Female leaders have the opportunity to make a difference for other women and I have been focused on that endeavour throughout my career,” she says. “It is a great honour to be named in the company of other state winners and the extraordinary national winner, a personal hero of mine, Natasha Stott Despoja.

“Celebrating the achievements of female leaders has always been important to me – we have the opportunity to make a difference for everyone by being visible role models.” 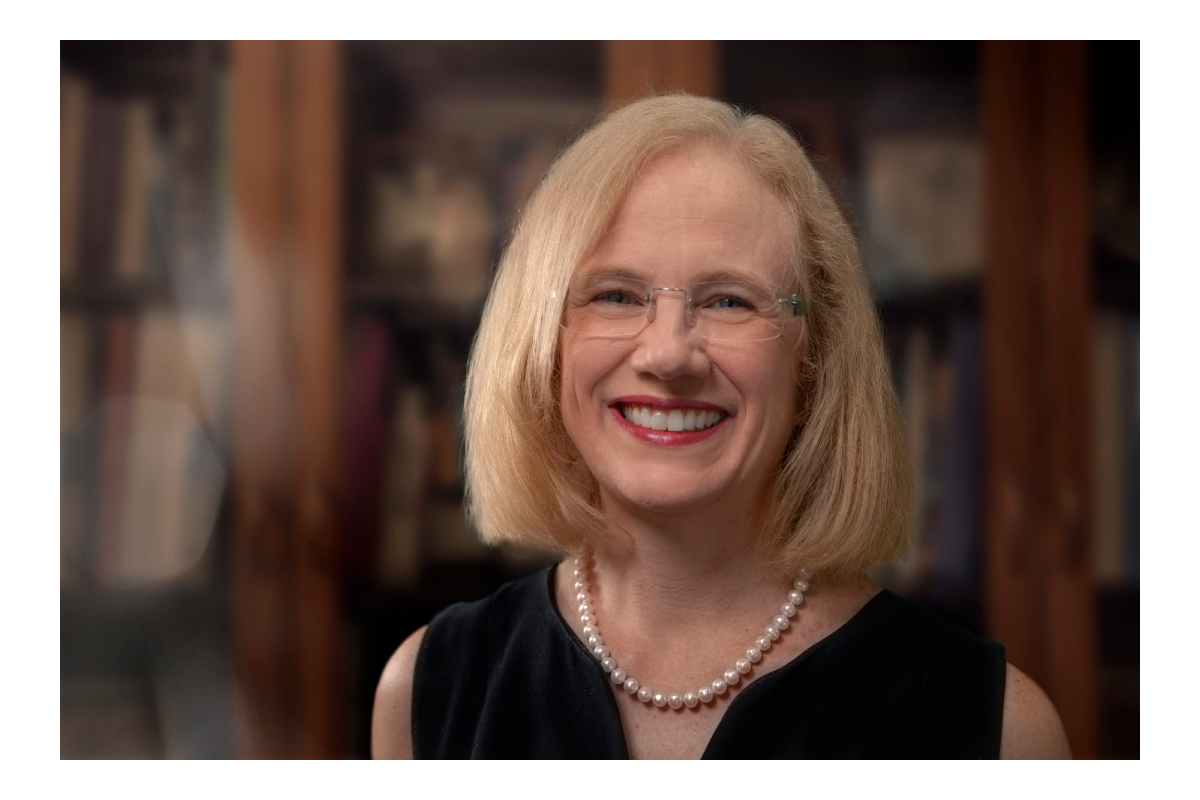 Growing to become one of the most prolific faces of the past year, the vast majority wouldn’t have known or understood what Queensland Chief Health Officer Dr Jeannette Young does.

But having led the state’s response to COVID-19, Jeannette has become a trusted source of information for many Queenslanders, placing her as the state’s award recipient

“COVID-19 has tested the world, not just Australia, and I’m immensely proud of the way we as a health authority have responded to protect Queenslanders,” she says. “The past year has been challenging but I’m fortunate to be Chief Health Officer in a state like Queensland where people respond to emergencies with resilience and common sense – everyone watches out for one another.” 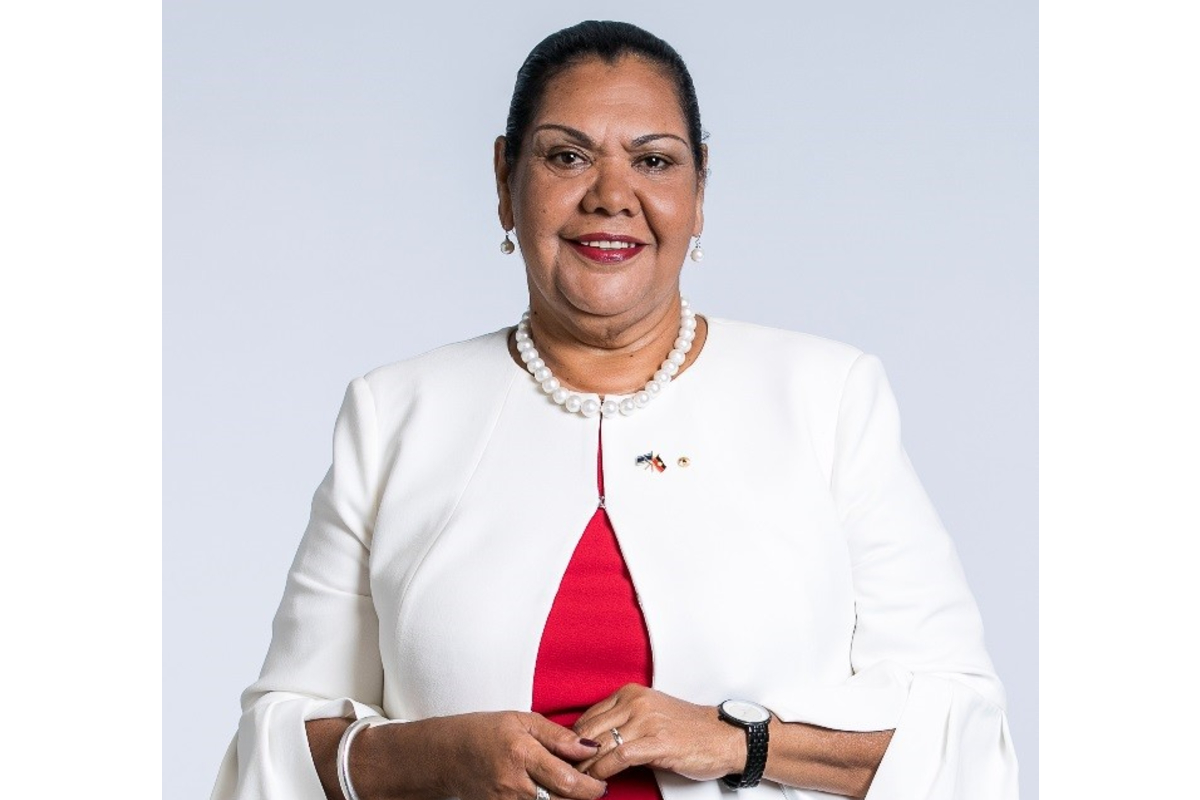 As a powerful advocate for Indigenous Australian languages, social justice and women’s issues, June Oscar is a deserving recipient for the Western Australian award.

Having been an Aboriginal and Torres Strait Islander Social Justice Commissioner since 2017, June has held a series of influential roles including Chief Investigator with WA’s Lililwan Project addressing Fetal Alcohol Spectrum Disorder.

“This award is about what each of us as women can do to elevate one another’s voices and ensure that we are all able to participate in the decisions that affect our lives and the lives of our families and communities,” she says. “In accepting this award, I recognise and pay my respects to all of the women in my life who have given me the strength to own my voice and to ensure that others are able to enjoy the right to theirs. 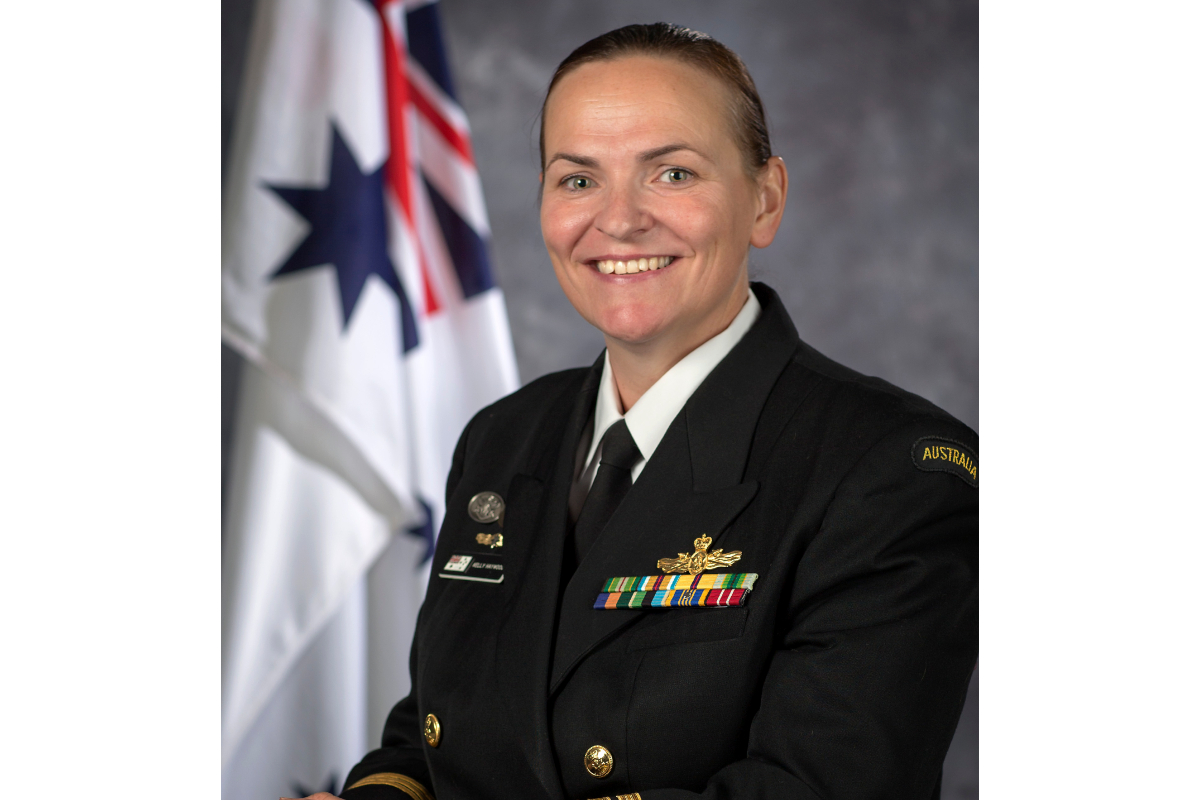 Forging a successful career in the Royal Australian Navy is an inspirational achievement, but one that wouldn’t have been easy given the lack of gender diversity.

Kelly Haywood’s advocacy work in her roles as Leading Seaman and Maritime Logistics Officer, and as a Lifeline Ambassador, has landed her the recognition of the Australian Capital Territory Excellence in Women’s Leadership award.

“What an absolute privilege it is to be recognised for doing a job I love and a role I am passionate about,” she says. “To be honest, I never set out to become a role model or champion for women in Defence. I have always been drawn to helping others and it is that passion that has allowed me to give back in my role as the Navy Women Strategic Advisor.

“Through the examples and lived experiences of those that have gone before me, those I serve with and the future leaders of our Navy; collectively we have been able to make significant change.” 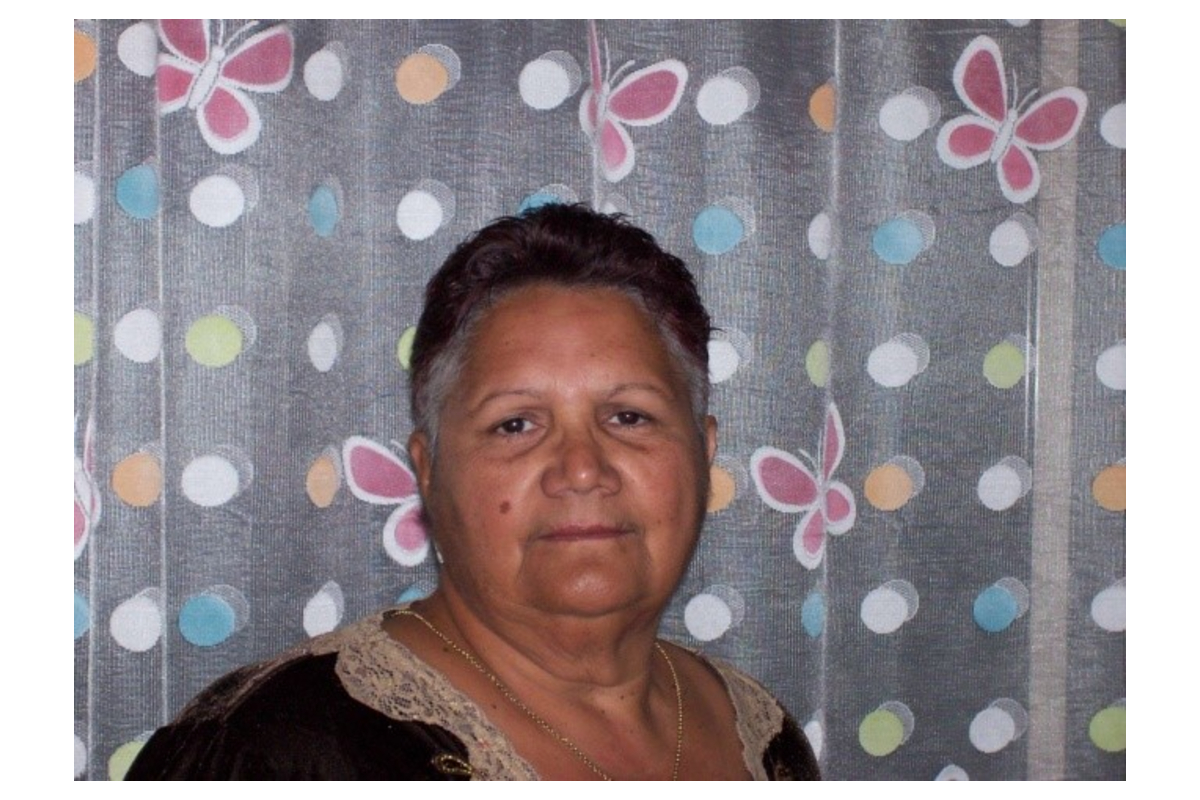 Advocating for women in prison and post-release clients, Patricia Waria-Read is a community leader and Chaplain with the Department of Community Services in Adelaide, South Australia.

For her work with Indigenous communities facing social issues and dedicating her life to advocating the needs of Aboriginal women, the self-described trailblazer has been awarded the SA accolade for Excellence in Women’s Leadership 2021.

“What I have done for my community has been part of my life in seeking social equality and justice for my people,” she says. “I have lived experienced in the struggles my people have attended to over the years in education, health, housing, social justice and incarceration.

“I am proud to advocate for the rights of Aboriginal communities no matter their status or economic standing and hope to ensure that they have tenure over their lives.” 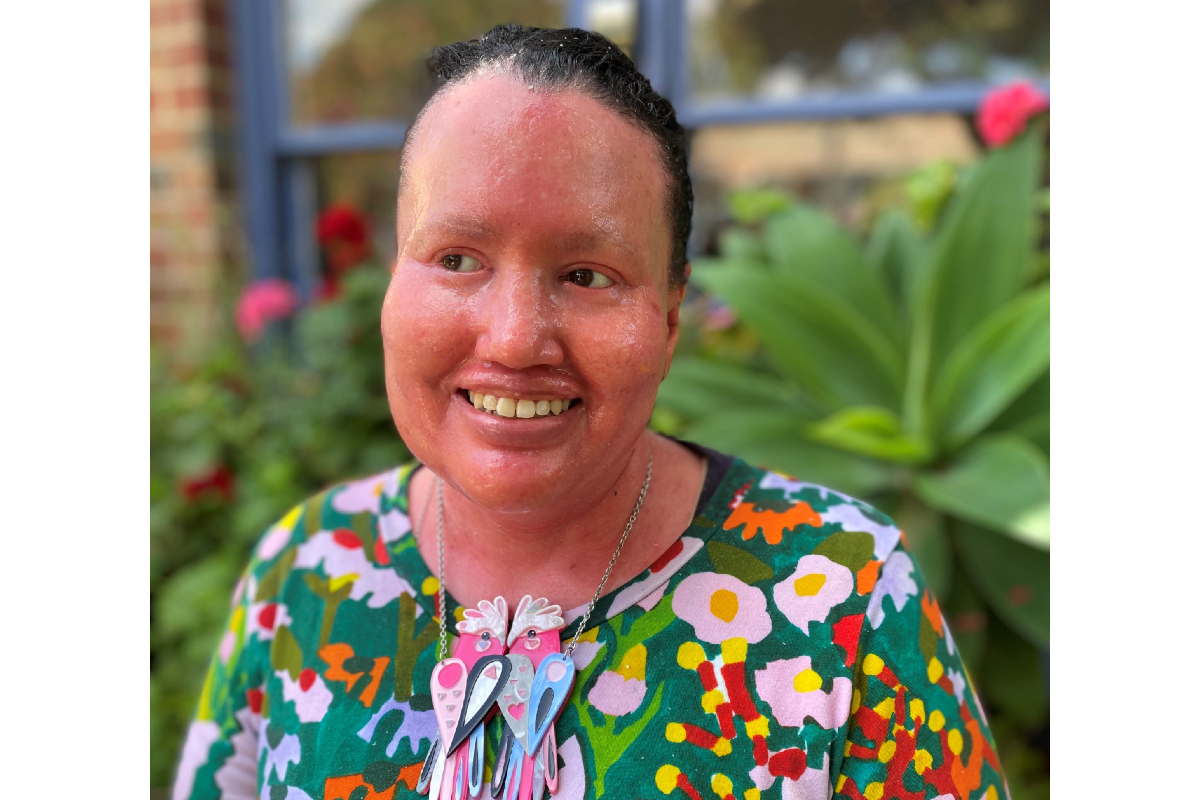 Renowned for her advocacy and amplification of women and people facing marginalisation, Carly Findlay has paved the way for others to tell their stories.

The appearance activist, writer and speaker uses her platform to project the voices of those who aren’t often heard – making her the honourable Victorian recipient for the Excellence in Women’s Leadership Award 2021.

“To have my writing and activism work recognised means a lot,” she shares. “The previous recipients have done incredible, long-lasting work, and I also congratulate the award recipients in this round.
“I am not the only one doing this work, there are many other disabled women and non-binary people working to improve access, inclusion, equity and representation. I will continue to nurture and amplify disabled people who are not often heard.” 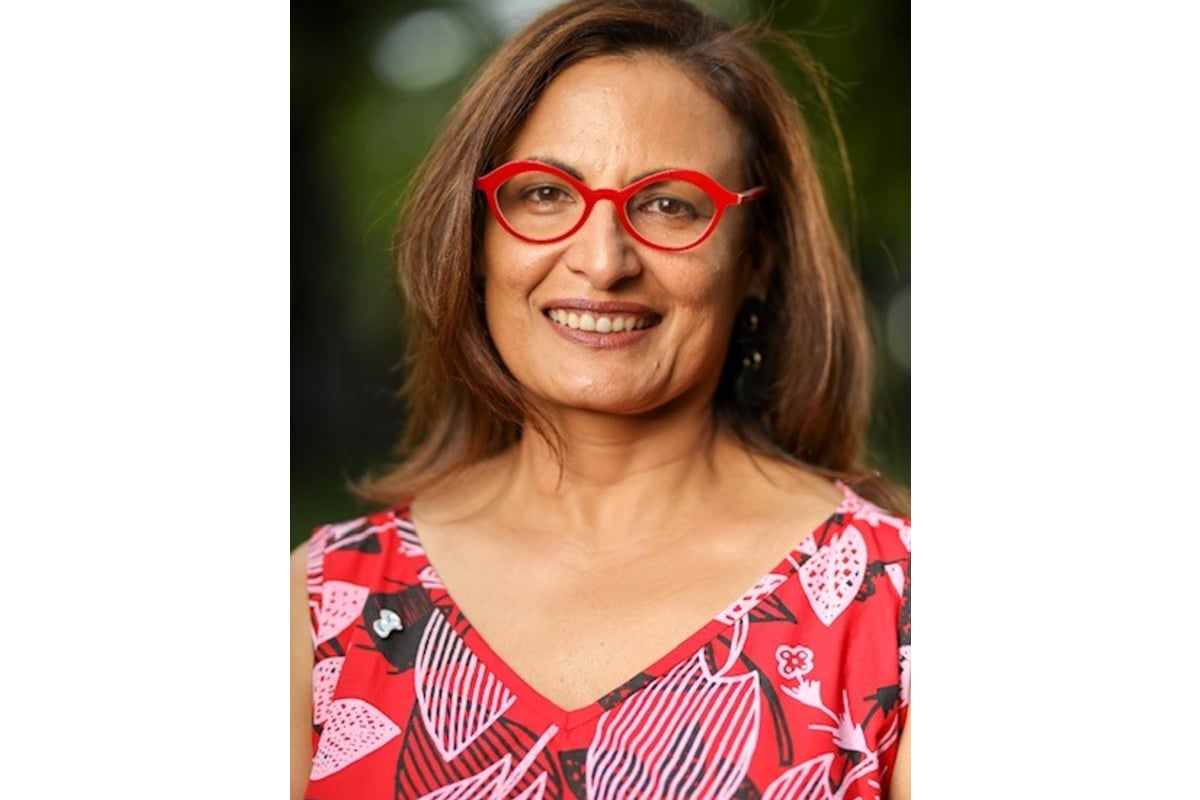 In her more than 30 years of experience as a police officer in the Northern Territory, Erica Gibson has helped to drive a number of community projects to combat family violence.

Working with some of the nation’s most vulnerable, the Sergeant implemented the Family Safety Framework to provide a network of safe houses in remote communities for those escaping domestic violence.

“I believe wholeheartedly in gender equality and making the world a better place, and it is very humbling to be recognised in this way,” Erica says. “I am determined that when I finish my career, the women starting theirs will find it easier because of the pathways myself and my fellow colleagues have forged.” An active executive on state and national boards, Belinda Hazell proudly advocates for women in rural sectors to be recognised.

Her role as Principal Consultant for Optimum Standard ensures her leadership paves the way to support and celebrate rural women.

It’s for these reasons she was highlighted as Tasmania’s recipient for Excellence in Women’s Leadership.

“I am passionate about enabling women in regional, rural and remote areas to be seen, heard, respected and valued,” Belinda explains. “To me, this award recognises the vital role of Tasmanian women in raising the profile of these women that until recently, have been invisible.

“This is vitally important as over one third of Australian women live in rural and regional areas – and over 90 per cent of women working in agriculture have been sexually harassed in some form.

“These women play a crucial role in the future prosperity of regional economies and communities. In speaking out and sharing our stories we become visible, which is vital to advancing the interests of Australian women.”