To stand out from the crowd and build a successful brand, you need to connect with people on an emotional level – and that’s what stories do best. Here, leading branding strategists reveal why you should invest in crafting an authentic narrative and how the right brand messaging can inspire love and loyalty from your customers. 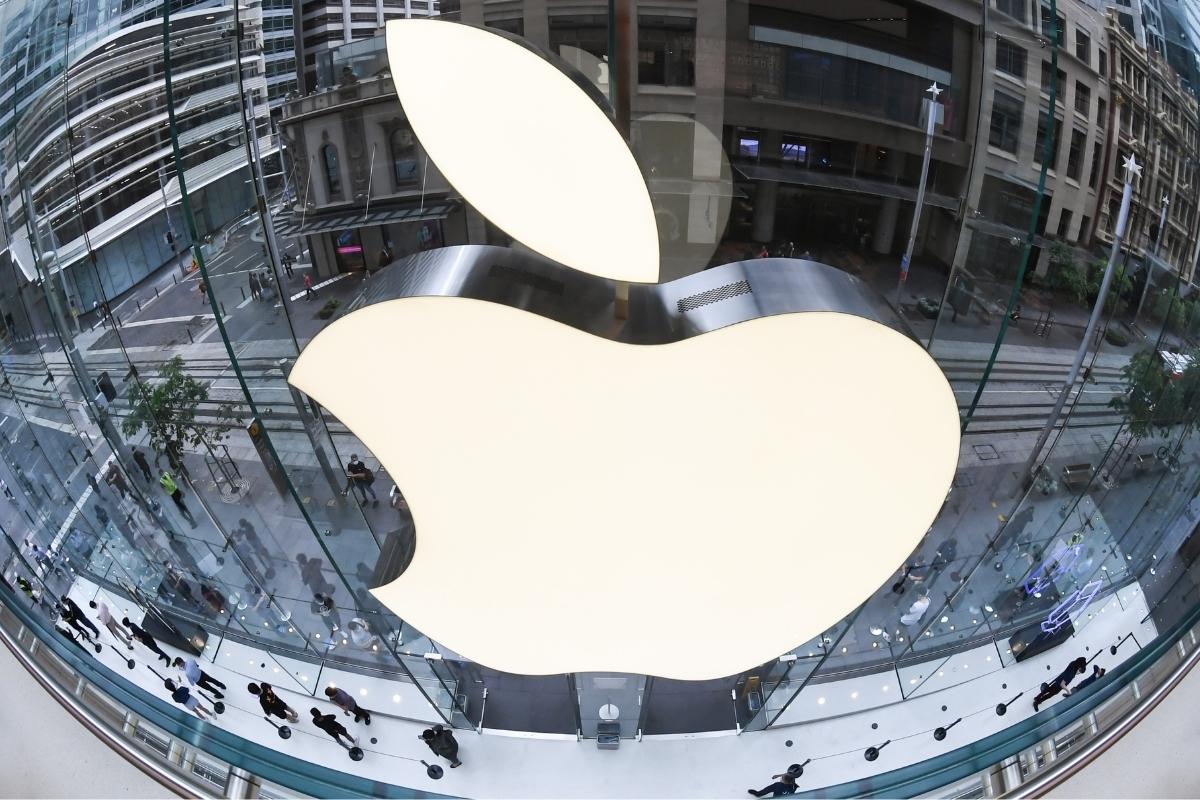 Our fascination with celebrities – and even their carping cousins, ‘influencers’ – and the desire to fixate and fascinate over people we’ve never met is difficult to explain. But what’s even more bizarre is the passion we feel for brands. After all, a brand is just a logo, a name and a product portfolio that’s somehow confected into an entity that we admire, worship or, at very least, trust.

Why is it that a person can tell me, even someone I know is an expert, that a Samsung phone is better in every way to an iPhone, and yet I feel compelled to stick with Apple? It goes beyond familiarity with operating systems – it’s about brand loyalty.

I feel the same way about Nike shoes, which I think I can trace back to an illogically large love for Michael Jordan.

What these brands have done is crafted an authentic narrative that causes us to feel love and addiction for something man-made and built to profit from our purchasing decisions. It’s quite brilliant, really. So how is it done, who does it best and how do you know when it has all gone wrong?

According to Copenhagen-based global brand strategist Martin Roll, it can all be traced back to cows (yes, cows!) and possibly even further to proto-humans developing a love for storytelling in dark, boring caves.

“As humans, we are wired for narratives, first of all because it’s easy to remember a story and it’s even easier to remember something that evokes an emotion – something that we could relate to in our own lives in terms of pain, fear, joy, love, surprise, expression,” Roll explains.

“Now, if you think about brands, they come down to two simple elements. First is the functional drivers like price, quality, colour, accessibility – and the second is emotional drivers, which can evoke a response. 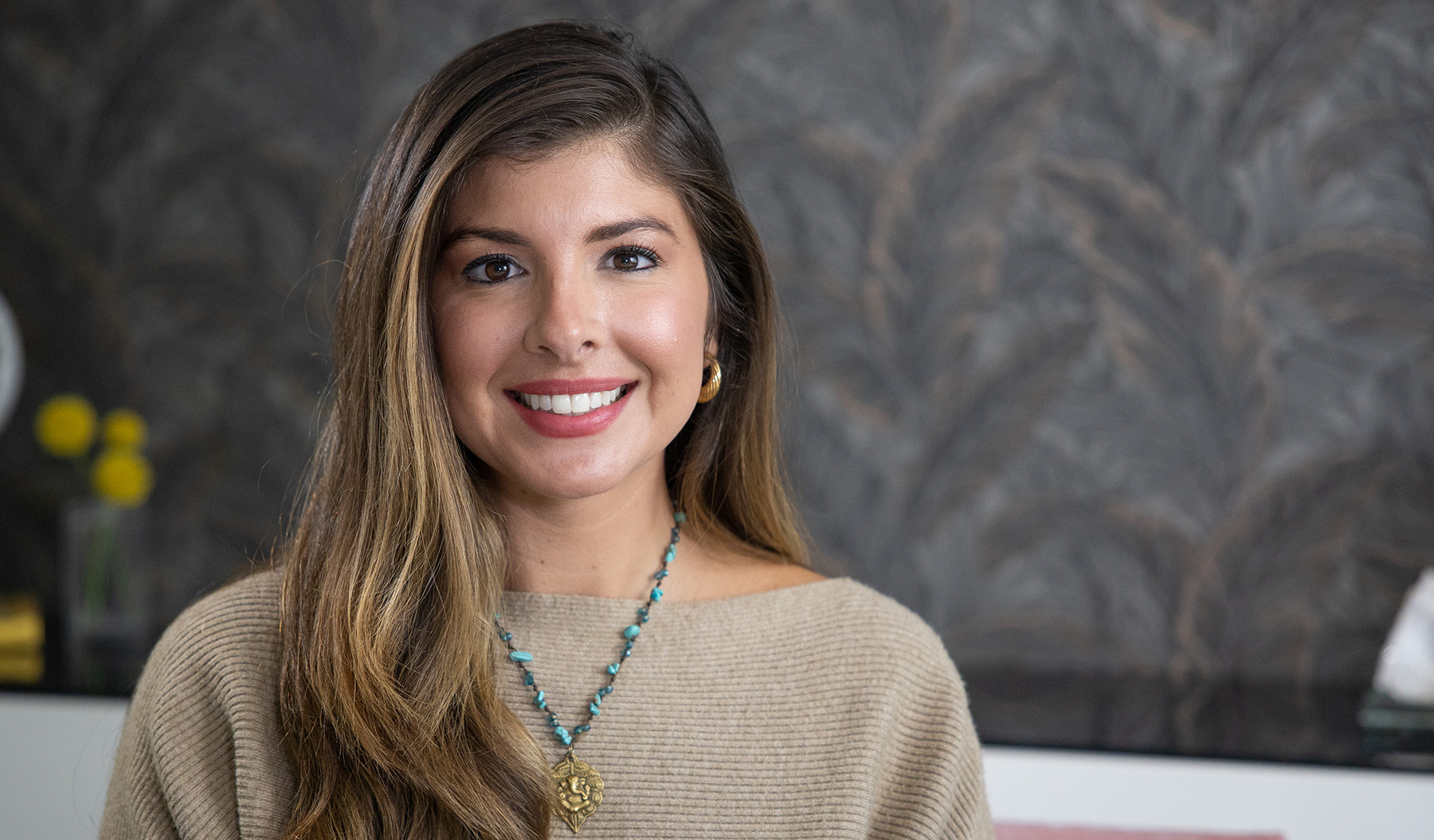 “When it’s just you, it’s easier but when it’s the conglomerate, you have to weave your story into the bigger entity.” – Chelsea Krost (above)

“And that’s where storytelling comes in. You’ll see a lot of the big brands these days very much into that. But that’s also the way that you build brands. It goes back to when you literally branded your cows back in the old days, it’s the same thing. ‘Oh, this is Jim’s cow’, it’s more expensive because it’s better. Why is it a better cow? It gets better food, it gets a kiss every night. You know, it’s just a better cow. And that’s where the notion of branding came in. It’s about trust.”

The idea of storytelling might sound old-fashioned in a world of search engine optimisation, pay-per-click and the overwhelming dominance of Google, but according to Chelsea Krost, a Florida-based author and marketing strategist who describes herself as “America’s leading millennial influencer”, a good brand story “eliminates the need for impersonal online advertising, which doesn’t create an authentic connection”.

The modern, online advertising model is data driven and attempts to briefly grab the attention of the consumer, but it has no depth, Krost points out. “Real storytelling, on the other hand, real narrative drives community, drives unity, drives mission, drives engagement, drives network building and ultimately generates trust,” she says. “If you don’t have trust, you don’t have sales, right? So this conversation around brand story has become one that’s very top of mind, from the personal brand to the Fortune 500 companies, right across the board.

“If you don’t have that story on lock for your business, now is the time because without a brand story you’re totally missing out on driving that point of connection.”

If you’re not sure how to go about that, Krost says you just need to focus on the three key Cs of a brand narrative: Character, Conflict and Conclusion.

Character, of course, is you, which is simple enough if you happen to be the face and back story of a brand, like Elon Musk or Jeff Bezos. “When it’s just you, it’s easier but when it’s the conglomerate, you have to weave your story into the bigger entity,” Krost explains.

Conflict is about what you or your business have had to overcome to create the solution or brand that you’re promoting, and it’s here that there’s plenty of potential for storytelling. “Conflict is where you’re able to get vulnerable, where you’re able to be a human being and not a robot or AI, not some sort of false perfection,” Krost says. 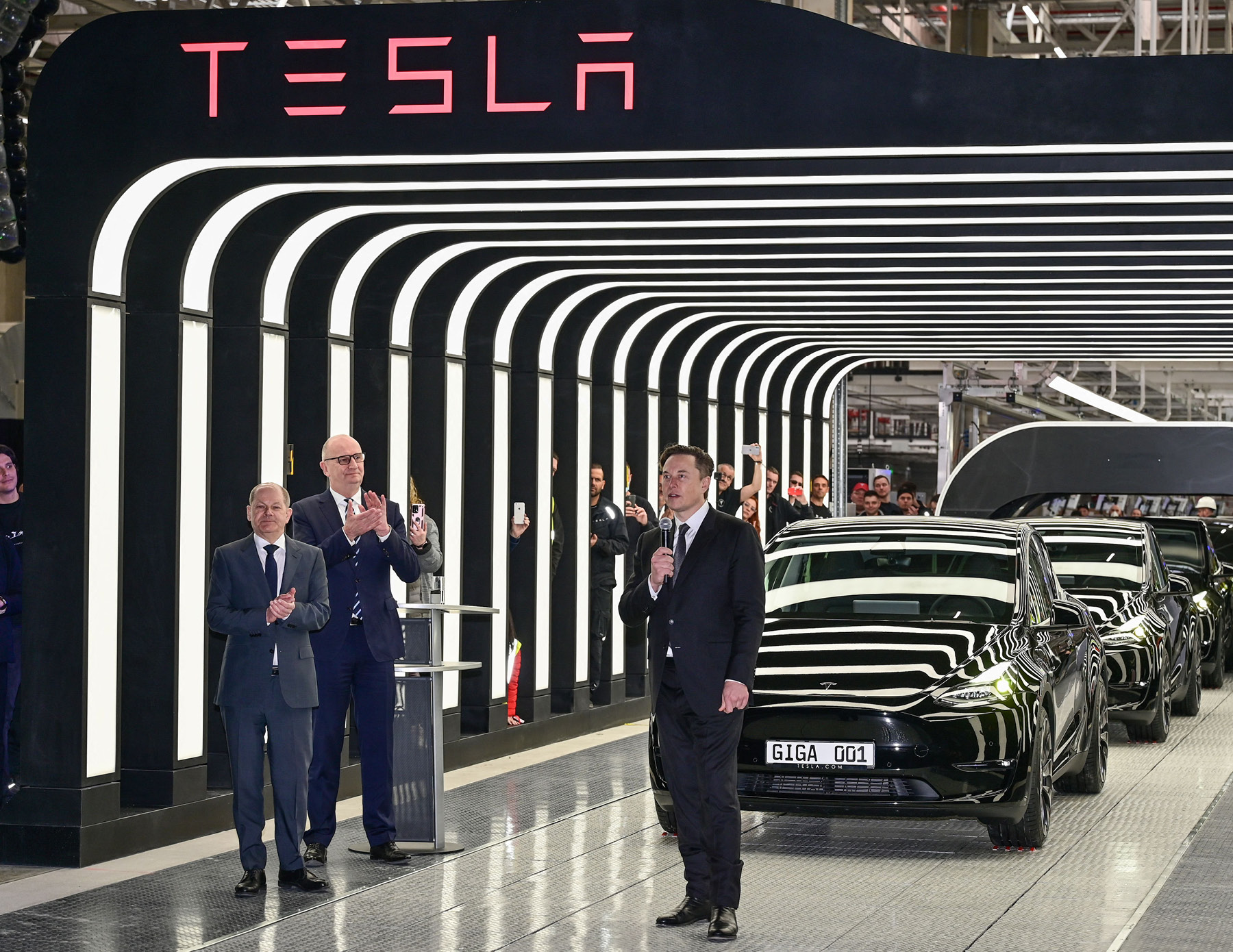 “It’s the moment where you had this setback moment that proved to be the learning lesson or the silver lining that made you want to go on your current mission. This brings you to Conclusion – what is your mission now? What are you eager to bring to the world? What do you have to offer? Ultimately, the three Cs, Character, Conflict and Conclusion, are what’s going to create connection with people – or not.

“Because not everybody relates to every story. If you’re the brand that’s trying to create a story to appeal to everyone, you’re doing yourself an injustice. When you do try to speak to everyone, I think that’s where the authenticity starts to get a little wishy-washy, because you can’t relate to everybody. It’s just impossible.”

Some brands do a pretty good job of speaking to almost everyone in the world, of course, like Apple, but according to personal branding specialist Mary Henderson, its success is about more than snazzy design, slick advertising and a reputation for innovation built over decades. It’s also about people. “Apple sells stories through visuals, and visuals speak volumes to your soul,” Henderson enthuses. 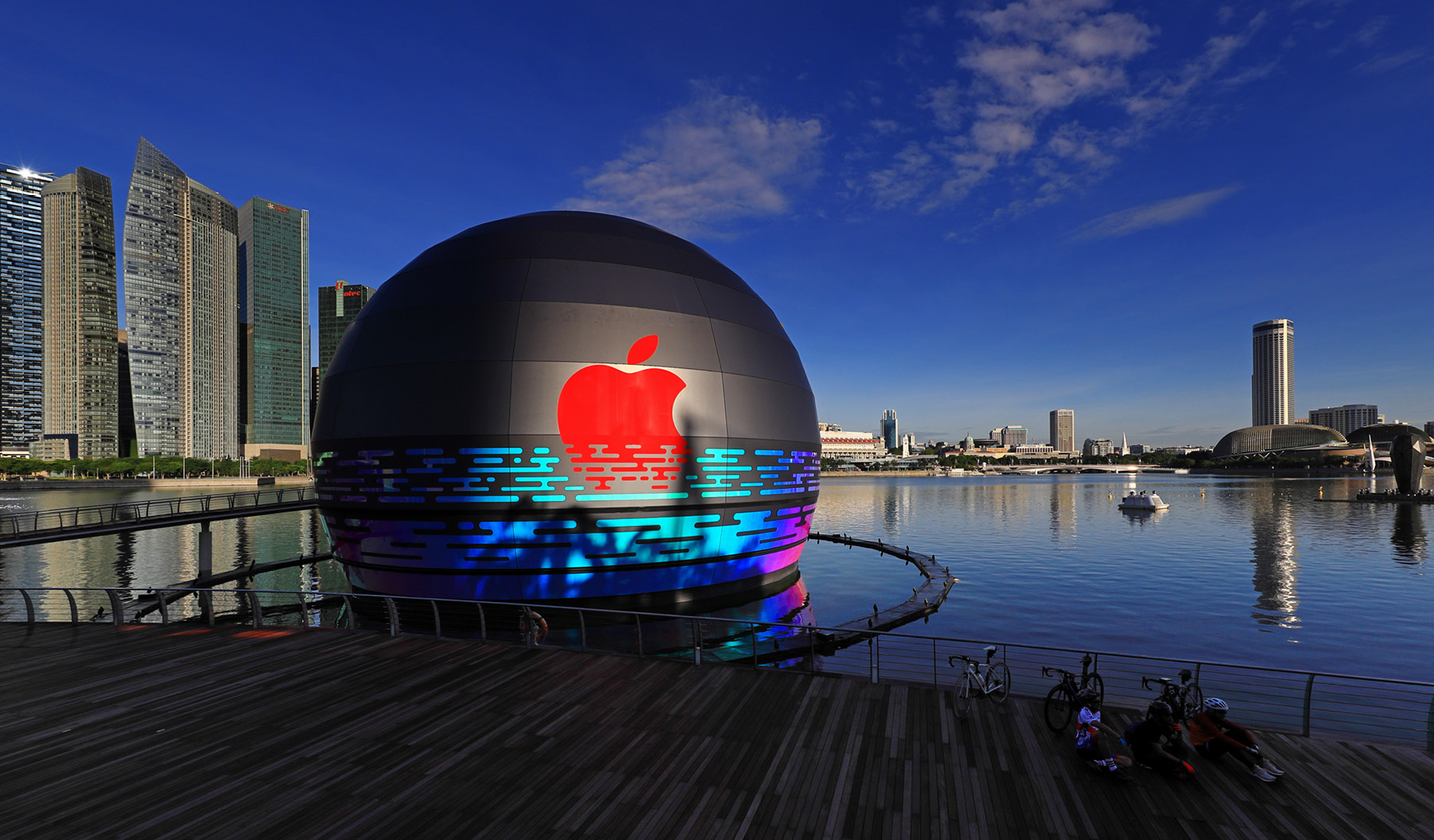 “In my local Apple store here in Melbourne, Australia, there’s a guy I’ve been buying Apple products from for years. He’s the guy that will actually explain things to me, and he’s a storyteller. I tell him what I need and he breaks it down for me. And that’s an extension of what Apple is all about. Apple is all about the consumer and providing customers an ecstatic brand experience, not just at the corporate level but at the personal level as well.

“So you’ve got personal and corporate branding working in tandem and able to articulate the brand truth and the brand essence through its people, which is very powerful.”

Big brands do, of course, get it wrong, even some of the world’s biggest and best funded. Krost points to Pepsi as a particularly offensive offender.

“One of their newer blunders happened with the Kendall Jenner advertisement, which emulates as if it’s a Black Lives Matter protest or some sort of heated protest against people of authority, and Kendall Jenner is just walking out of a hotel, like, all glam, someone hands her a Pepsi, she swishes her hair and just walks into the protest and up to one of the police officers, hands them a Pepsi and everything’s OK,” Krost laughs.

“It blows my mind that if you watch that advertisement, you’re gonna be like, how was this not obviously a terrible idea? Probably a lot of privileged people sitting in a room who thought that that was a great idea and were just happy that they had Kendall Jenner associated with it.

“It blows my mind that if you watch that advertisement, you’re gonna be like, how was this not obviously a terrible idea?” – Chelsea Krost

“Now Pepsi and Kendall Jenner have this connected, icky thing around this really bad advertising blunder. So aligning yourselves with the right people, representation, story, all of it, is in a pot and stewed together. These are all things that we really need to comb through before we hit play or launch a post.”

Speaking of the world’s most influential influencers, one thing that all the brand strategists agree on is that the advent of social media has driven the move towards brand stories. Krost says influencer marketing, which really started to have an impact from around 2010 onwards, was a key catalyst.

“People really started to go, ‘What are influencers?’ We were starting to feel like they were our friends, and influencer marketing has the highest return on investment when it comes to marketing tactics today, especially among millennials and gen Zers,” she points out.

“So I think the influence of influencer marketing put more of a spotlight on the importance of story, and the importance of moving away from the traditional advertising that is not capturing the attention span of millennials and gen Zers.

“And I think as social media grew bigger and bigger, marketers went, ‘Oh, OK, we get it. We see the power of this stripped-down form of communication.’”

If you’re selling yourself or your own business, telling your personal brand story seems reasonably relatable, but how do you turn a giant corporation into an authentic narrative? According to Henderson, the secret is to make it personal – too many corporates focus on their brands when they really should be promoting their people.

“Corporates need to understand that humans don’t buy from a corporate brand, humans buy from building relationships with other human beings,” Henderson says. “Dealing with someone in a corporation at whatever level, I’m dealing with the individual and that’s actually an opportunity. We need to look at how to convert the individuals in an organisation to specialists-slash-brands, who can build reputations around that specialisation, because there’s currency in that.

“People haven’t figured this out yet. They’re looking at the corporate brand and treating their employees as workers under that brand. We need to stop that and instead humanise the corporate brand and say, ‘Our brand is made up of humans and each individual human in our organisation is a specialist – a macro, micro specialist. But as a collective, we have this intelligent ecosystem and that’s what we’re selling.’ 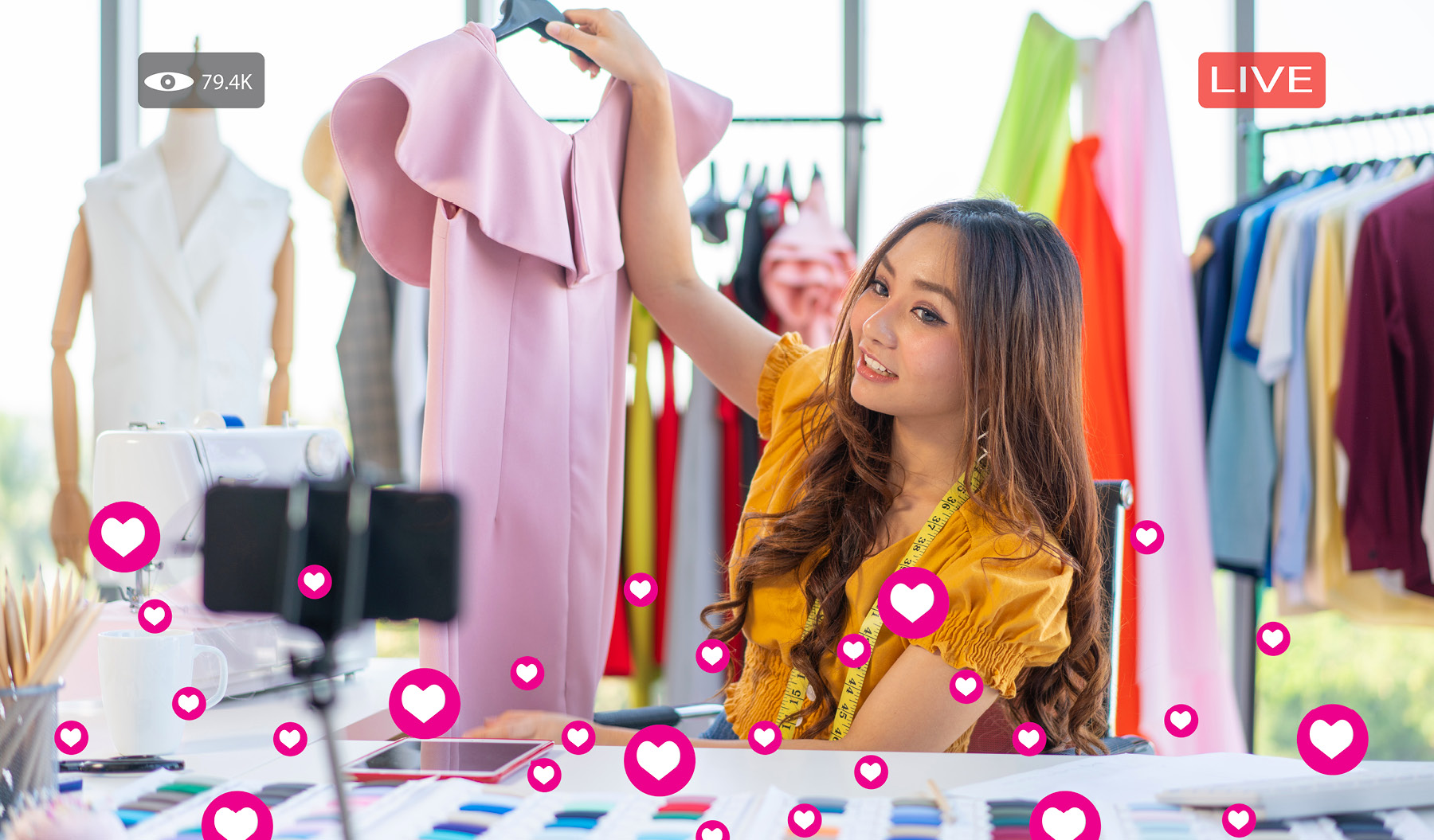 “The humans in the organisation need to become the corporate brand advocates because that’s where the power lies. Remember, people always buy from people. And really, it does start with a story. Every corporate brand has a story, otherwise it wouldn’t exist. I always bring the human element into it because humans are natural storytellers. And what would that organisation look like if they were given permission to be able to share micro stories on social media that were 100 per cent aligned with a corporate brand?

Krost passionately agrees with this approach and says too many companies overlook the power of their employees. “Their employees should be at the front line of that business, of that brand,” she insists. “And do you know that employees sharing brand messaging through their personal channels get much higher traction and return on investment than advertisement messages shared through brand channels? And that’s because people look to people today versus looking to brands.

“So how can you make your story sticky? And relatable? Because 92 per cent of consumers want brands to make their advertisements feel like a story. And I’m sure if you looked back on the Super Bowl advertisements this year, compared to years before, they were probably the most story-driven ads because of the element of story and the conversation around bringing brand story to the forefront.”