The B Team Australasia announces its Future of Work initiative 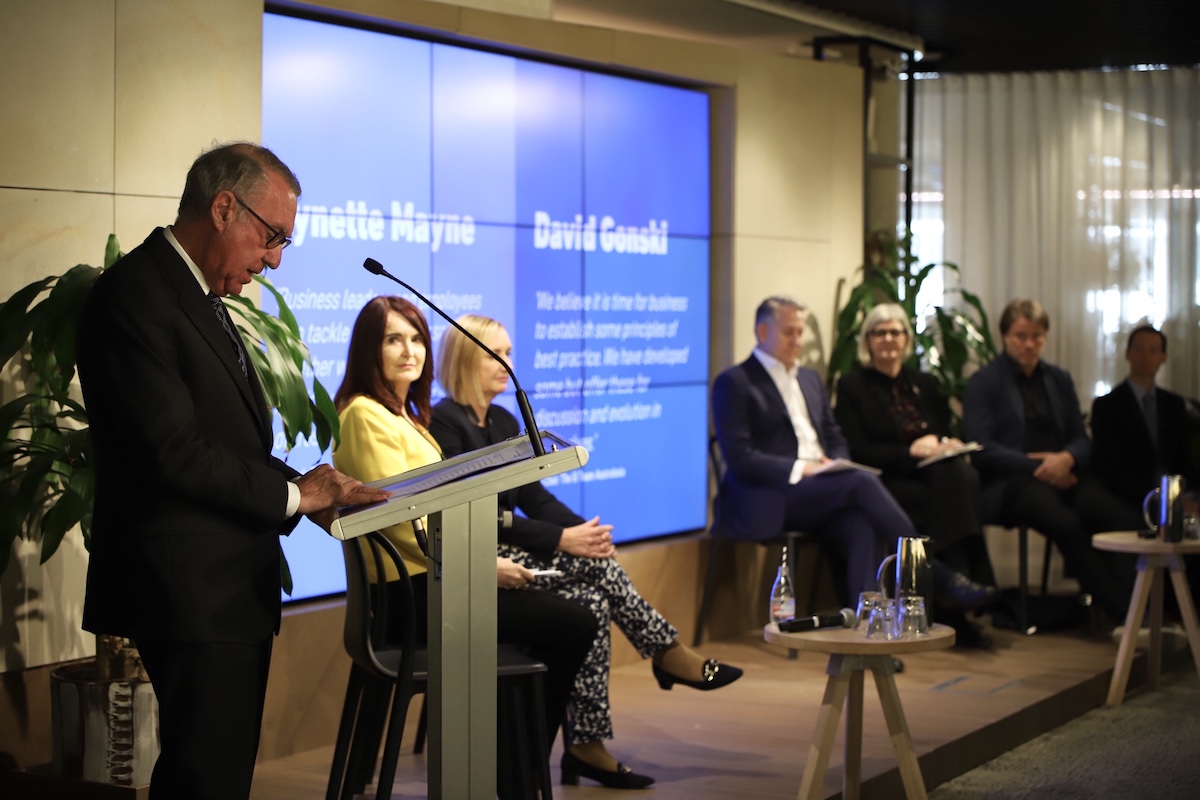 Last week, The B Team Australasia announced its Future of Work initiative at an event held in Mirvac’s Circular Quay, Sydney headquarters. The group of Australian execs hope the initiative will help companies adjust to shifting concepts of work.

Founded by Sir Richard Branson and former Puma boss Jochen Zeitz, The B Team is a not-for-profit initiative designed to engender a “better way of doing business”. The team has a wide focus, looking at economic, environmental and social issues. But for its first major project, the Australasian team has settled on what is perhaps one of the most crucial issues in the modern workplace.

Inspired by shifting definitions of what work is, The B Team’s Australasian contingent is spearheading the Future of Work initiative.

The announcement comes only eight months after The B Team Australasia launched, alongside Sir Richard. Many of the same member CEOs returned for this week’s event, with the addition of co-chair David Gonski, Chancellor of UNSW and ANZ Chairman. 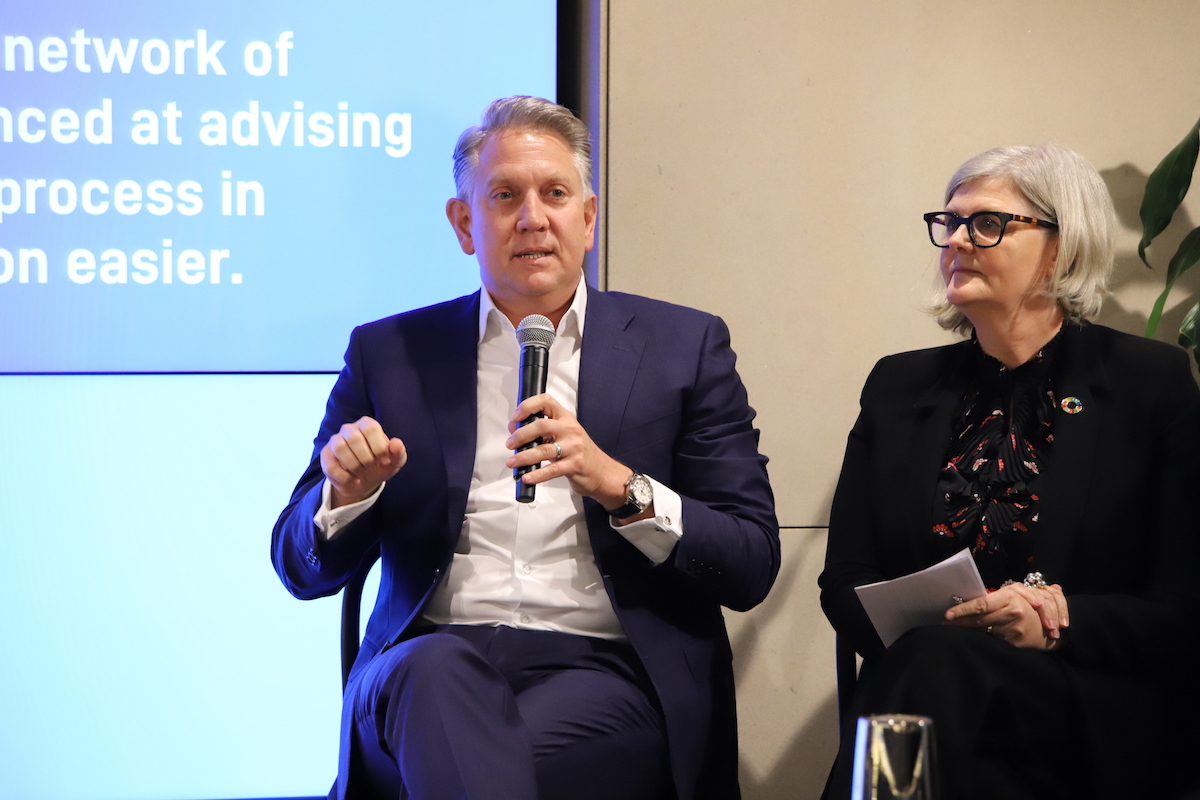 CEO of MLC Geoff Lloyd (seated beside Sam Mostyn, a director of numerous companies) was one of several B Team members who took part in a brief Q&A.

The group revealed a set of five principles, designed to guide businesses through the transformation of work. The underlying theme was “100% Human” – as digitalisation, AI and automation increasingly reshape economies and workforces, the human impact of such innovation must be considered.

“We wanted something that would be meaningful, that was tough, that we could all contribute to,” said Geoff Lloyd, CEO of MLC. “The conversation became focused on technology – AI, machine learning. Then we shifted that to these principles for the future of work, which is driven partially by technological change.”

The B Team’s five principles

To prove this initiative wasn’t just talk, two employees recounted positive experiences of working for Mirvac and Energy Australia (headed up by Lloyd-Hurwitz and Hanna respectively). Both employees’ careers had progressed in line with The B Team’s five principles, while the companies evolved technologically.

Mayne believes this is evidence of a growing trend among companies – the paramount importance of the employee. “The really good companies are the ones that put their people front and centre,” she said. “They know that if they don’t look after them, that’s going to reflect badly on the company when they leave.

Despite reports that nearly half of Australian businesses don’t offer flexible working conditions, Lloyd is confident that companies are starting to lift their game. 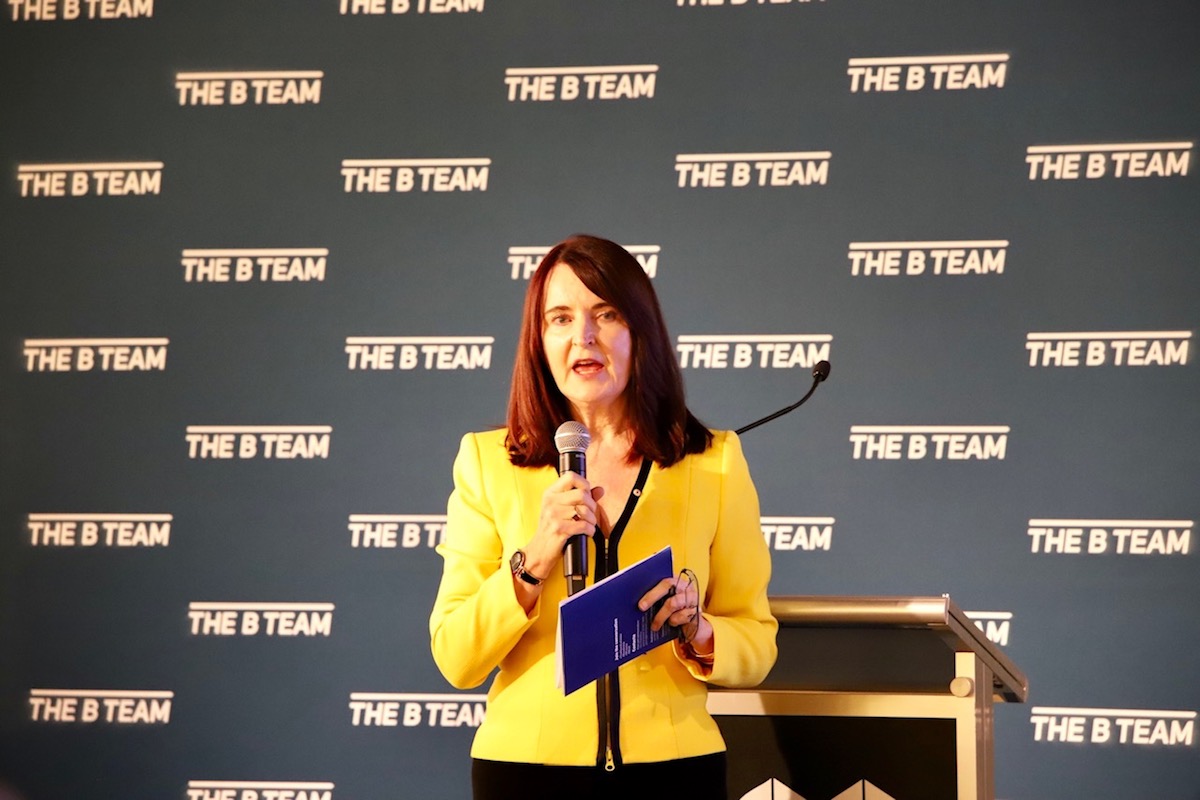 Co-chair Lynette Mayne thinks the customer should no longer be a leader’s priority.

“There’s just an enormous number of employees changing how they want to contribute, and you don’t want to lose that as an employer or a leader. You want to work with that, harness it and access this great talent pool the way they want.

“Working nine to five was relevant for our parents, but not for us.”

Though Lloyd believes the “porous workforce” is something that’s been around for a while, Mayne thinks there’s still a lot more to be done across corporate leadership.

“If you’re going to be a successful leader in the future,” Mayne said, “you need to understand how technology impacts your company.

“You don’t necessarily have to be a techie yourself, but you need to understand it, how it impacts your business and therefore how you can leverage it, to make the most out of it, but in a supportive way.

“For leaders, technology is about supporting but not running employees’ lives. I think we’ve still got some great work to do in terms of bringing that closer.”