Jared Isaacman, a pilot who will serve as spacecraft commander, will not reveal what he has paid SpaceX. 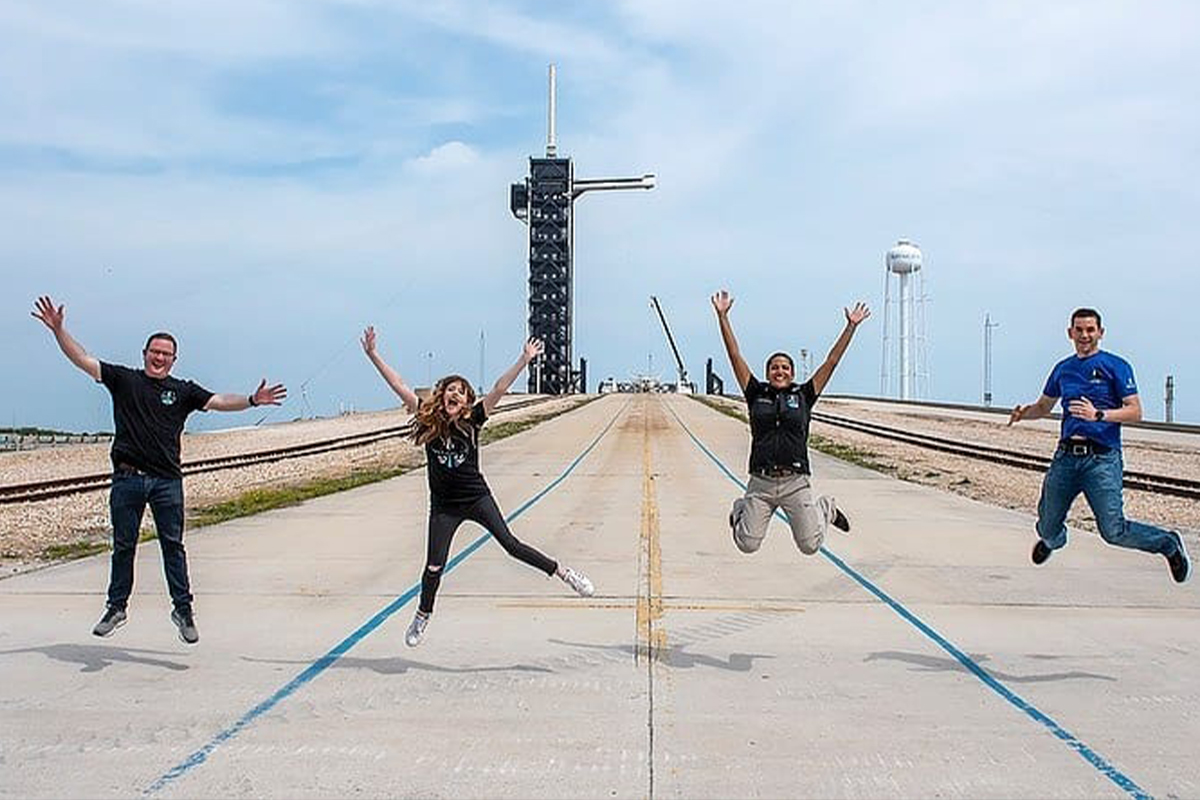 Isaacman revealed Dr Sian Proctor, a community college educator in Tempe, Arizona, and Chris Sembroski, a former Air Force missile man from Everett, Washington, will join him and Hayley Arceneaux for three days in orbit in the third quarter of this year.

Isaacman, who is paying for the flight, wants to raise US$200 million for St Jude Children’s Research Hospital in Memphis, Tennessee, half of which the 38-year-old said he would donate himself.

We were aiming for badass with this video. https://t.co/DMuYLgmJmG

Proctor and Sembroski’s crew membership was unveiled at NASA’s Kennedy Space Centre on Tuesday. The SpaceX Dragon will launch no earlier than mid-September, aiming for an altitude of 540 kilometres, which is 120 kilometres higher than the International Space Station and on a level with the Hubble Space Telescope.

Meet the Inspiration4 crew, set to launch in SpaceX’s Dragon capsule no earlier than Sept. 15:

The capsule will be outfitted with a domed window in place of the usual space station docking mechanism for their trip.

Inspiration4 commander @rookisaacman reveals that SpaceX is developing a glass window, “similar to the cupola that’s on the International Space Station,” to replace Crew Dragon’s docking adapter for the mission in orbit. pic.twitter.com/vcmTbGaNC5

Isaacman, a pilot who will serve as spacecraft commander, will not reveal what he has paid SpaceX. Donors have contributed US$13 million, primarily through a lottery that offered a chance to fly in space.

Arceneaux, 29, a St Jude Children’s Research Hospital physician assistant, was the first crew member unveiled on 22 February. She was treated at the hospital for bone cancer as a child.

Proctor, 51, was chosen from 200 businesses to take the seat reserved for a customer of Isaacman’s company Shift4 Payments. An independent panel of judges chose her space art website Space2Inspire.

“It was like when Harry Potter found out he was a wizard, a little bit of shock and awe,” Proctor told The Associated Press. “It’s like, ‘I’m the winner?’”

Proctor, who studied geology, applied three times to NASA’s astronaut corps, coming close in 2009, and took part in simulated Mars missions in Hawaii. She was born in Guam, where her late father — a “Hidden Figure” in her mind — worked at NASA’s tracking station for the Apollo moonshots, including Neil Armstrong and Buzz Aldrin’s.

She plans to teach and create art in space. “To me, everything that I’ve done … has brought me to this moment,” she said.

Sembroski, 41, donated and entered the lottery but wasn’t picked in the random drawing earlier this month but his friend was. His friend then declined to fly for personal reasons and offered the spot to Sembroski, who worked as a Space Camp counsellor in college and volunteered for space advocacy groups.

“Just finding out that I’m going to space was an incredible, strange, surreal event,” he said, adding that he is about to start a new job at Lockheed Martin and admitted it would be a balancing act over the next six months, as the crew trains.

Isaacman said the crew needed to prepare for the launch. “You don’t go up on Everest, right, after just a hike in the backyard? You build your way to it,” he said.