This backyard startup is shaking up the booming health food industry

A self-help book gave Belinda MacDougall the motivation she needed to launch her now multimillion-dollar company, The Healthy Happy Co, maker of The Lady Shake. 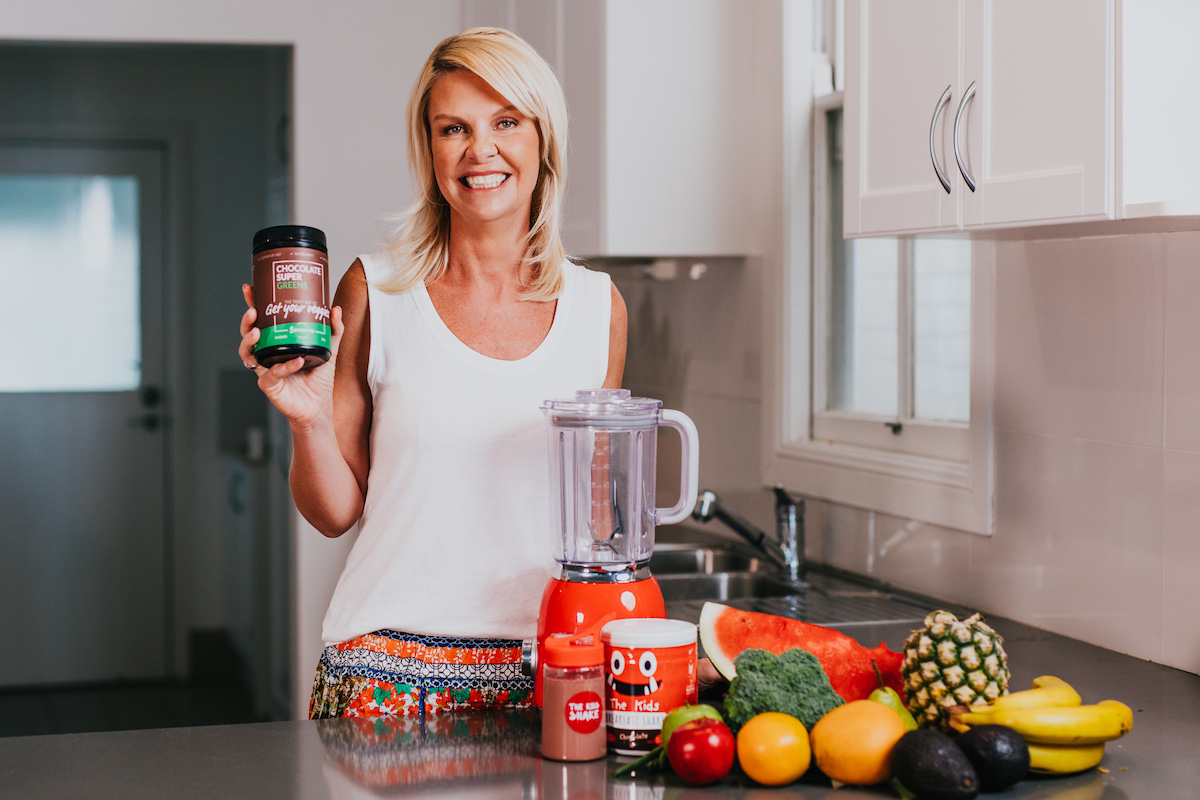 If you were to track the success of Belinda MacDougall’s multimillion-dollar health food company back to its absolute genesis, you’d spot the seeds for her business germinating in the most unlikely of places – in a blow-up swimming pool in a suburban backyard.

It was here in 2013, a cold drink in one hand and a copy of the Tim Ferriss’ book The 4-Hour Work Week in the other, where her aha moment struck. “It’s incredible – a self-help book that actually helped,” Belinda says.

“I’d known for a while that I wanted to do something new, and I was floating in this blow-up pool, reading that book, and I loved the practicality of the advice. Before I knew it, we were away.”

It’s the kind of refreshing honesty you don’t often hear from CEOs, who can be known to hoover up credit like the most powerful Dyson. But while Belinda says she used the bestselling book as a motivator, she does point out she quickly recognised a significant mistake in its messaging. A whopper, in fact, and it was right there in the title.

“We’ve lost over a million kilos in unwanted weight and changed hundreds of thousands of customers’ lives for the better – that’s our real measure of success.” – Belinda MacDougall

Ferriss had accidentally written ‘4-Hour’ when he must have surely meant to write ‘400-hour’. “I’m computer illiterate, I was finishing my law degree, I was having kids – it was insane,” Belinda says.

“I found myself building a website. I found someone locally who could help me start producing small amounts of the product. We had friends and family helping everywhere.

“We were super small, super organic. We used to dispatch out of our own backyard, and we needed to make sure we sold what we had within 30 days just so we had enough money to meet the 30-day terms on the supplier invoices.”

Her business, The Healthy Happy Co, is billed as one of the fastest-growing health food companies in Australia, carving out a sizeable slice of an industry worth around A$5.8 billion. But you’d probably know it by another name, and by another face. 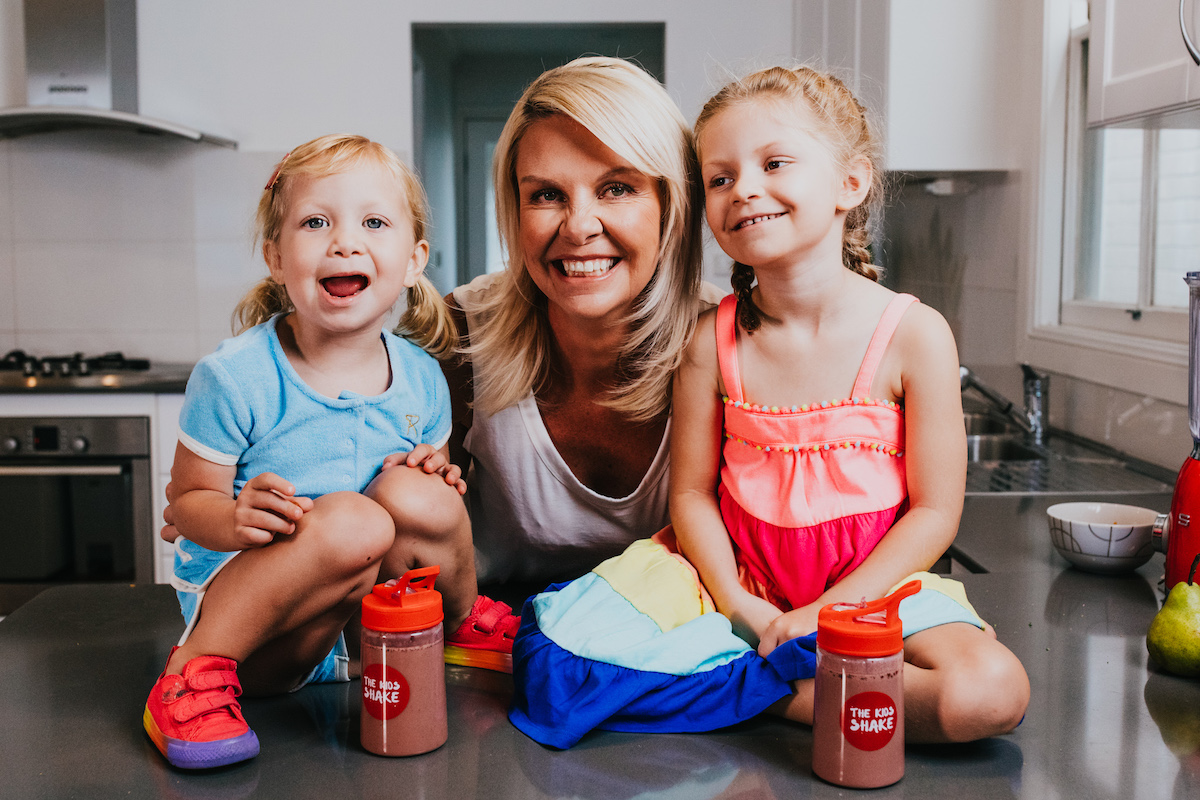 The company’s core product is The Man Shake, and its face is former NRL star, and Belinda’s husband, Adam MacDougall.

“I loved the name The Man Shake. Adam hated it, but hey, I’m the CEO,” Belinda says. In the years since, the company has exploded, with The Man Shake, The Lady Shake, The Kids Shake, and a number of bolt-on products, stocked in major supermarkets and sold online.

As Belinda puts it: “We’ve lost over a million kilos in unwanted weight and changed hundreds of thousands of customers’ lives for the better – that’s our real measure of success.”

It wasn’t always that way, of course. Belinda’s story is a near carbon-copy of that of many startups, successful or otherwise. It’s a familiar tale of late nights, learning on the run, a litany of mistakes and more than a handful of moments where the fledgling business looked certain to fold in on itself.

And all this while working largely from home, through pregnancies and then with two children, Harlow and Mila, now aged five and three.

“There was nothing like us on the market for the everyday man to lose weight. I at least knew that, even if I had to learn everything else. I knew I could make a difference in people’s lives. You need that passion. Find a lane without too many players and stay authentic. Then success will come.” Like so many young Australians, Belinda’s first job was at McDonald’s. But while the golden arches are often held aloft as a shining example of business done right, Belinda, being paid around A$5 an hour, learned exactly the opposite.

For her, the McDonald’s machine was the antithesis of a fast-moving, agile startup. “We insist on having an almost flat staff structure. It means we can make decisions on the spot and put them into action,” Belinda tells. “A new product might take McDonald’s two years, but it takes us a week.

“We also never outsource anything we don’t absolutely have to. When it’s your money, you spend it more wisely, and my experience with outsourcing has been that there’s never that level of understanding of where the money actually comes from.”

The other secret to The Healthy Happy Co’s success is its location. The MacDougalls are from Newcastle, and so that’s where their headquarters are based. From warehousing to back-office duties, almost the entire company is located 2.5 hours from Sydney. And while it doesn’t make anything even close to financial sense, the perks are too great to ignore.

“Our factory is in Brisbane, and we have someone there that looks after that, but we distribute from Newcastle, and we do everything else from here too,” Belinda explains. “Our digital team is here, and our customer service team.

“From an economic point of view, it would make more sense to do it in Brisbane, or in Sydney, but from a quality-of-life point of view, we couldn’t be anywhere else.”