Why staying true to purpose is the secret to startup success

Investors and consumers are increasingly demanding that companies behave more ethically and give back to their communities. So which firms are thriving because they’ve found a higher purpose? 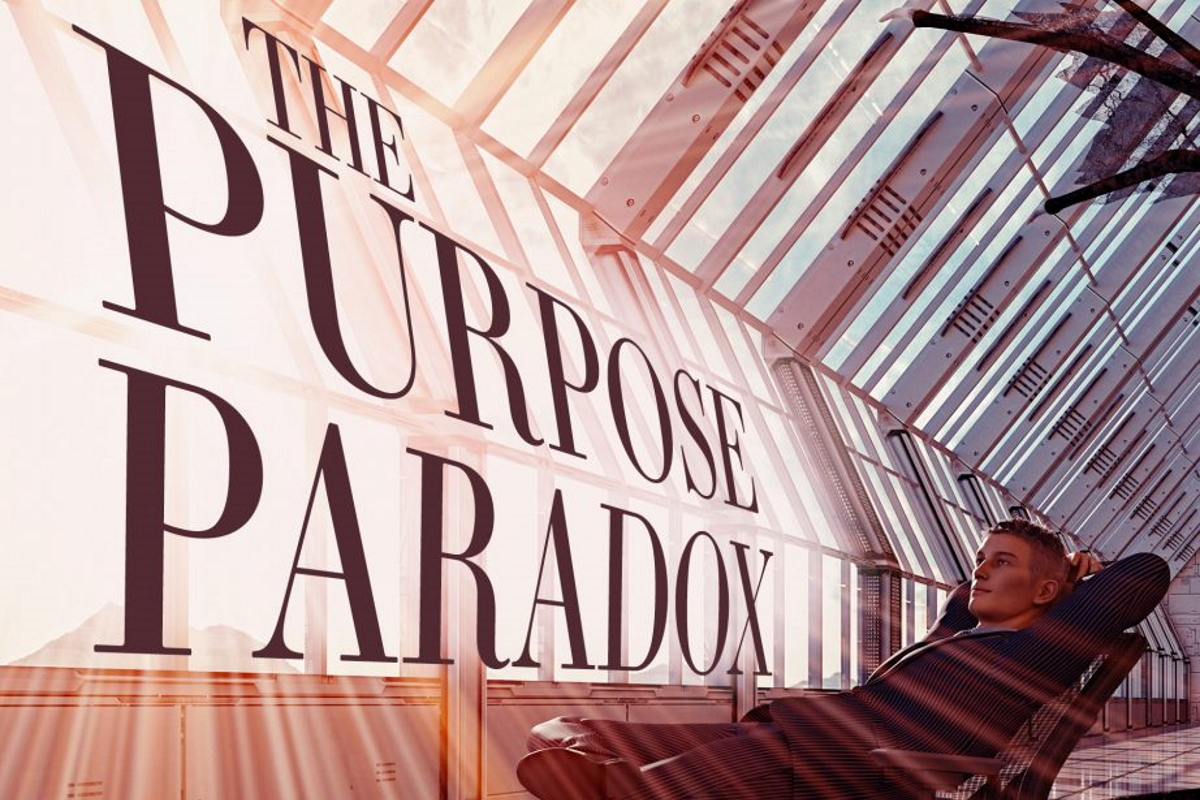 According to Jim Barksdale, former CEO of Netscape, “Saying that the purpose of a company is to make money is like saying the purpose of being alive is to breathe”.

At its heart is the existential question of why exactly a business operates. Articulating what, where and how is a whole lot easier. But companies are increasingly switching their focus from bottom line success to establishing a clearly defined, singular purpose that becomes a north star that they religiously follow.

It’s a seismic shift in priorities, and often stressful for CEOs with impatient shareholders and boards demanding short-term gains. But help is at hand in the form of the so-called ‘purpose paradox’: if a company just pursues profit, it won’t be very profitable.

Deloitte research has shown that purpose-driven businesses grow three times faster than their competitors, and boast higher employee and customer satisfaction. EY’s global CEO Mark Weinberger went even further in 2020, pointing out that companies with a social impact purpose have outperformed the S&P 500 by 10 times.

But he added a caveat: “The hard part is figuring out how to make it more than just words in a memo.”

PwC echoes the warning, arguing that a ‘say–do gap’ still exists where good intentions aren’t backed up by actions. Its 2022 survey of CEO sentiment found that surprisingly few chief executives had targets relating to ESG in their annual bonus criteria.

So which global companies have proven they have strength of purpose? Here are 10 that are thriving precisely because they have a higher calling than the pursuit of profit. 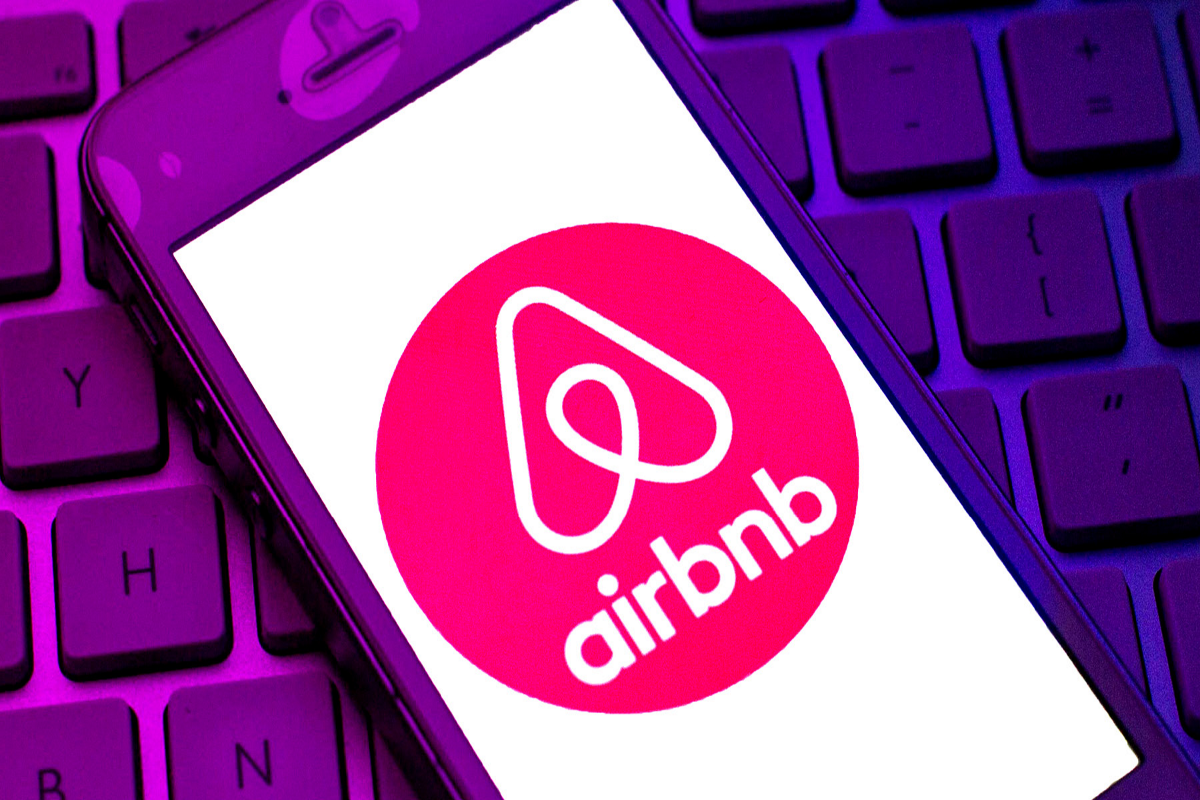 When a multinational company scraps its human resources department, it might be safe to assume its run by a tyrannical founder who thinks diversity means a wide selection of single malts in his office’s antique globe bar cabinet.

But that certainly wasn’t the case when Airbnb did just that in 2015, replacing it with an Employee Experience Group (EEG). For EEG head Mark Levy it was an important shift as the company’s primary purpose had always been to create a global sense of community.

“The shift from HR to EX was all about co-creation,” Levy, now an adviser to multiple companies, tells The CEO Magazine. “Doing things with and for and not to your employees. It gave all employees a voice, and brought a lot more humanity and connections to work.

“We defined the mission to create a world where anyone can belong anywhere, and it was why people joined and how they approached their work.”

Lesson: The always purposeful Richard Branson has always prioritized staff over customers and, given Airbnb’s business model, happy hosts are a prerequisite for happy holidayers. 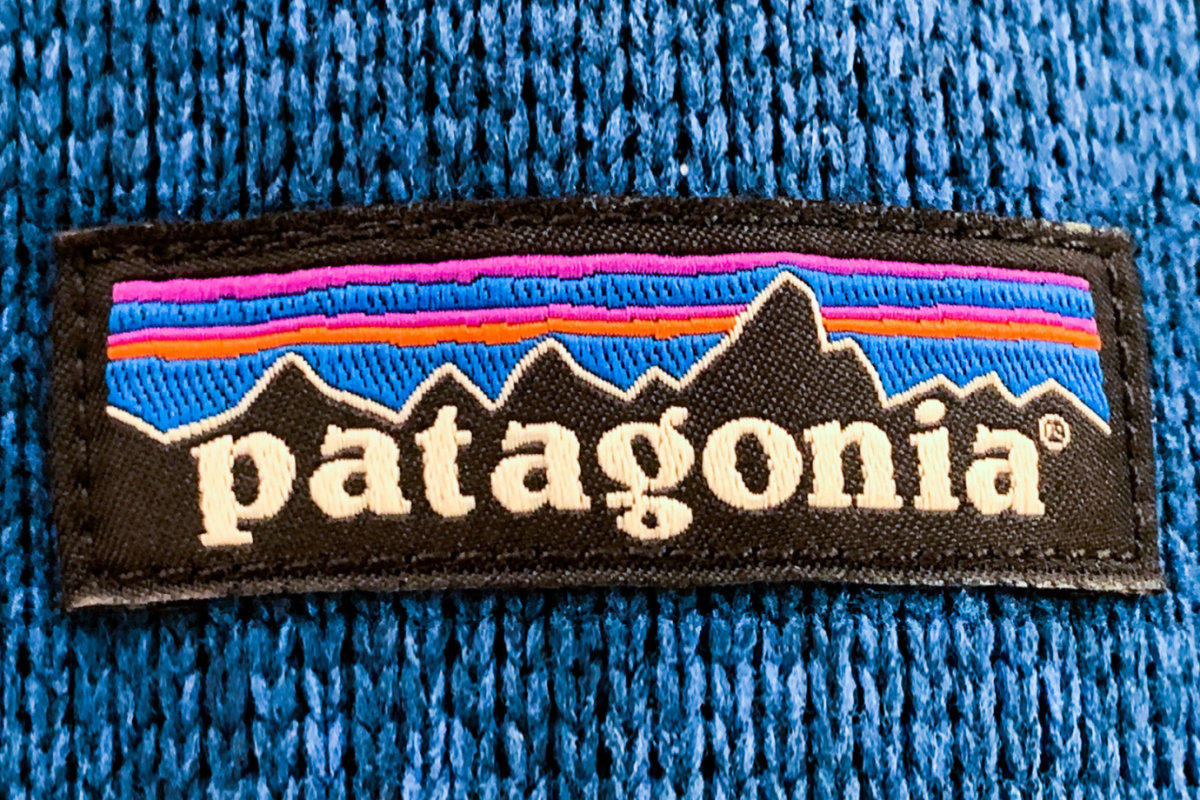 The outdoor adventure firm is a great example of the purpose paradox. In fact, Patagonia actively set out to reduce its profits by telling customers not to buy its products!

‘Common Threads’ encouraged them to repair damaged clothing instead of replacing it, even giving self-help classes on how to do it and adopting a stated purpose ‘to save our home planet’.

“They’ve never deviated from the purpose of protecting the planet,” Levy explains. “Whether it’s the way they approached thoughtful growth so as not to expand beyond their means, all the way through to leaving the company to non-profits rather than going public or selling.”

Its apparent efforts at self-harm resulted in a sales increase of 30 percent.

Lesson: Telling people you’re a responsible corporate citizen is no longer enough. They need to see that transparent sustainability is at the heart of your strategy. 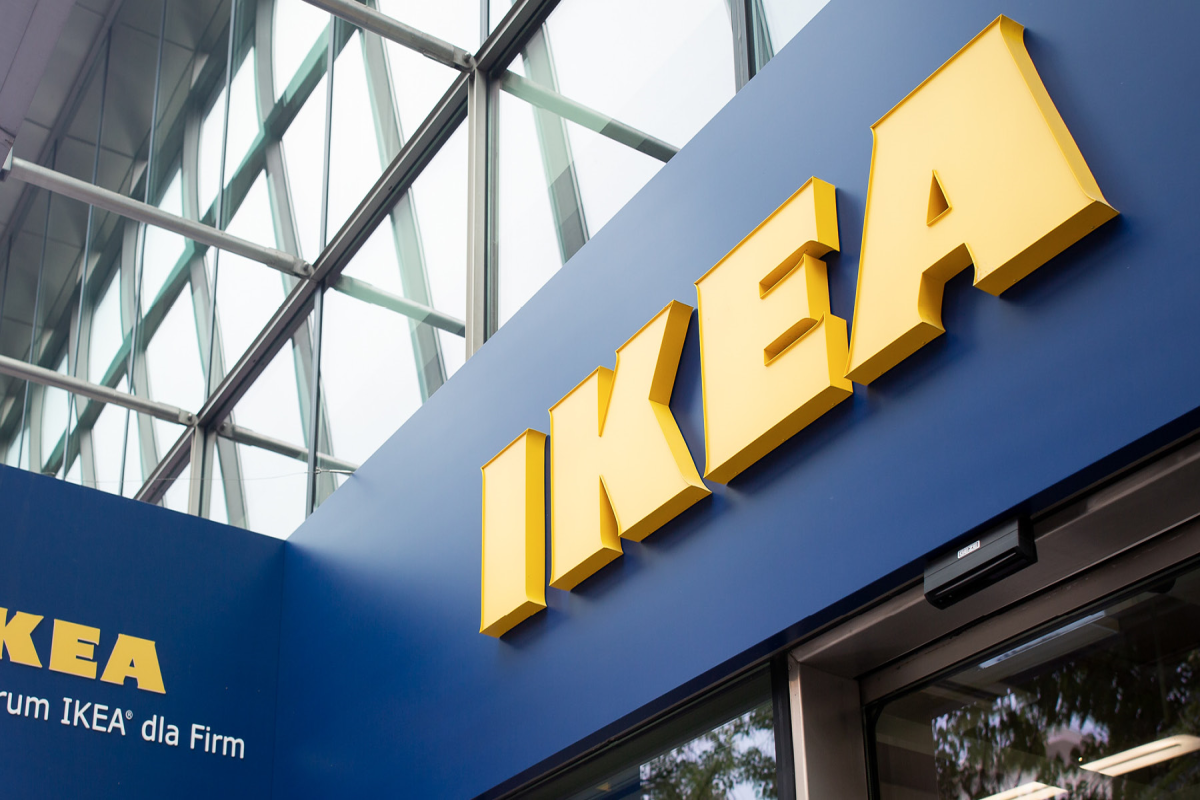 The Swedish home furnishings giant exists to ‘create a better everyday life for the many people’ by manufacturing functional products that ‘the many’ can afford.

But its purpose goes way beyond bargain beds and meatballs, with a proven commitment to staff welfare that’s clearly paying off – on the website Comparably.com, where employees anonymously rate their employers, 100 percent of IKEA workers say they are proud and motivated by its values.

That pride partly stems from its famous sustainability practices and a pledge that by 2030 it’ll be a ‘circular company’ with all its 9,500 products able to be reused, repaired and recycled.

Lesson: To its customers, IKEA is more than a store, it’s part of the community and inspires such cult-like loyalty and advocacy that not even the prospect of a Sunday morning spent brandishing an Allen key following minimalist instructions puts people off. 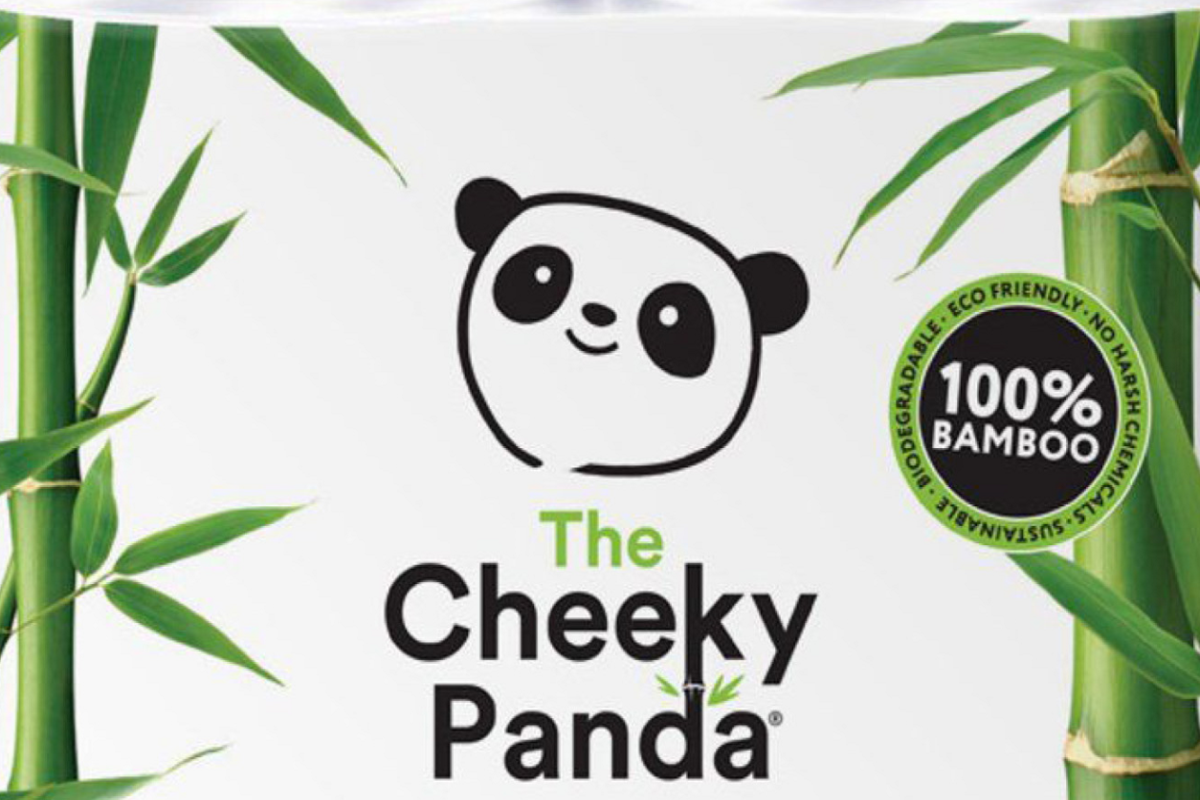 In 2014, when Bill Gates famously projected how a global pandemic might play out, he failed to predict one key factor: that toilet paper would become more valuable than crude oil.

Ironically, one UK startup had spent the previous three years pioneering ways to manufacture the tissues by using a lot less oil – and a lot fewer trees, as The Cheeky Panda makes all its paper-based products using sustainable bamboo that requires no fertilizers, bleach or chlorine.

“We want to bring sustainability to the mass market in our own cheeky way,” its website declares. The business has been growing faster than any bamboo plant and has been eyeing a US$300 million initial public offering.

Lesson: Customers will increasingly pay over the odds for well-marketed, planet-friendly products. 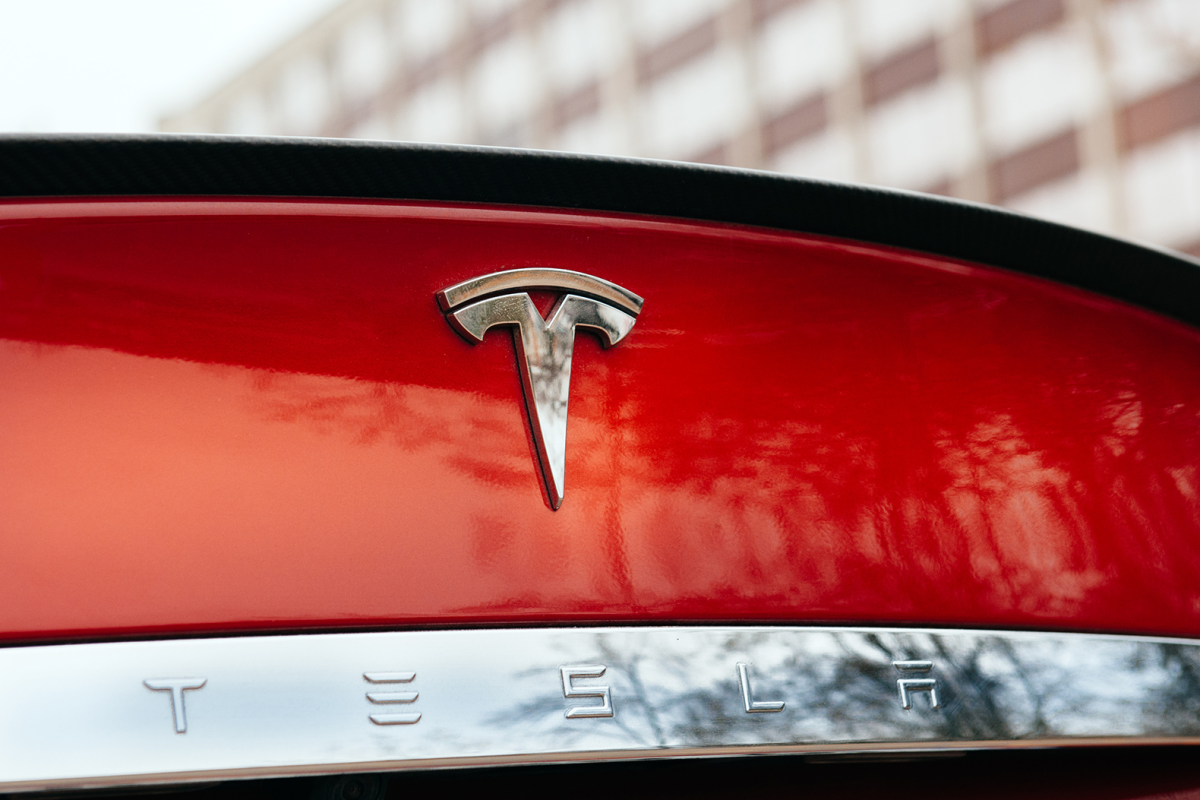 Elon Musk didn’t set out to become the richest man in the world, he set out to change the world by accelerating the transition to sustainable energy, nearly going broke in the process as Tesla teetered a month away from bankruptcy during much of 2017 and 2018.

It singlehandedly rewrote the automotive playbook by sticking rigidly to its principles of high-quality electric vehicles through an immense investment in developing new technologies, including driverless cars that Musk claims will “save millions of lives”.

Lesson: Both Tesla and SpaceX are thriving because they spotted markets that didn’t yet exist and conquered them with an extraordinary single-minded determination to be the first and the best. 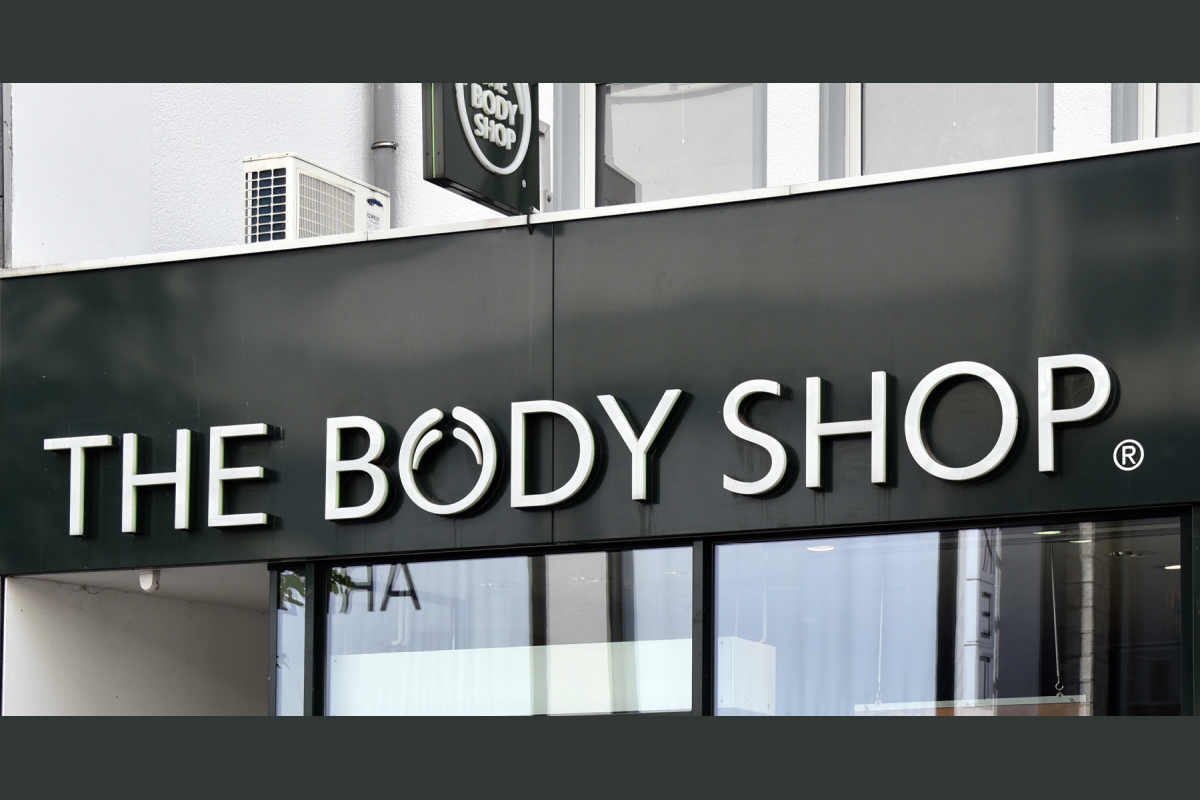 Founded in the UK in 1976 with a vow to only sell natural, cruelty-free beauty products, The Body Shop has had something of a bumpy ride when it comes to purpose. After years as the poster girl for ethical practices, an expose in 1994 accused it of greenwashing, while its sale to L’Oréal in 2006 provoked controversy due to the firm’s animal testing in China. By the time it was bought out again a decade later, it had long since lost its mojo.

When David Boynton took over as CEO in 2017 he began a transformational pivot back to the company’s maverick roots with a new company purpose: ‘to fight for a fairer, more beautiful world’. Online sales doubled in four years and it achieved B Corp certification.

Lesson: The Body Shop’s pioneering, feminist beginnings had become so diluted it lost its raison d’être. No brand can coast on reputation alone. 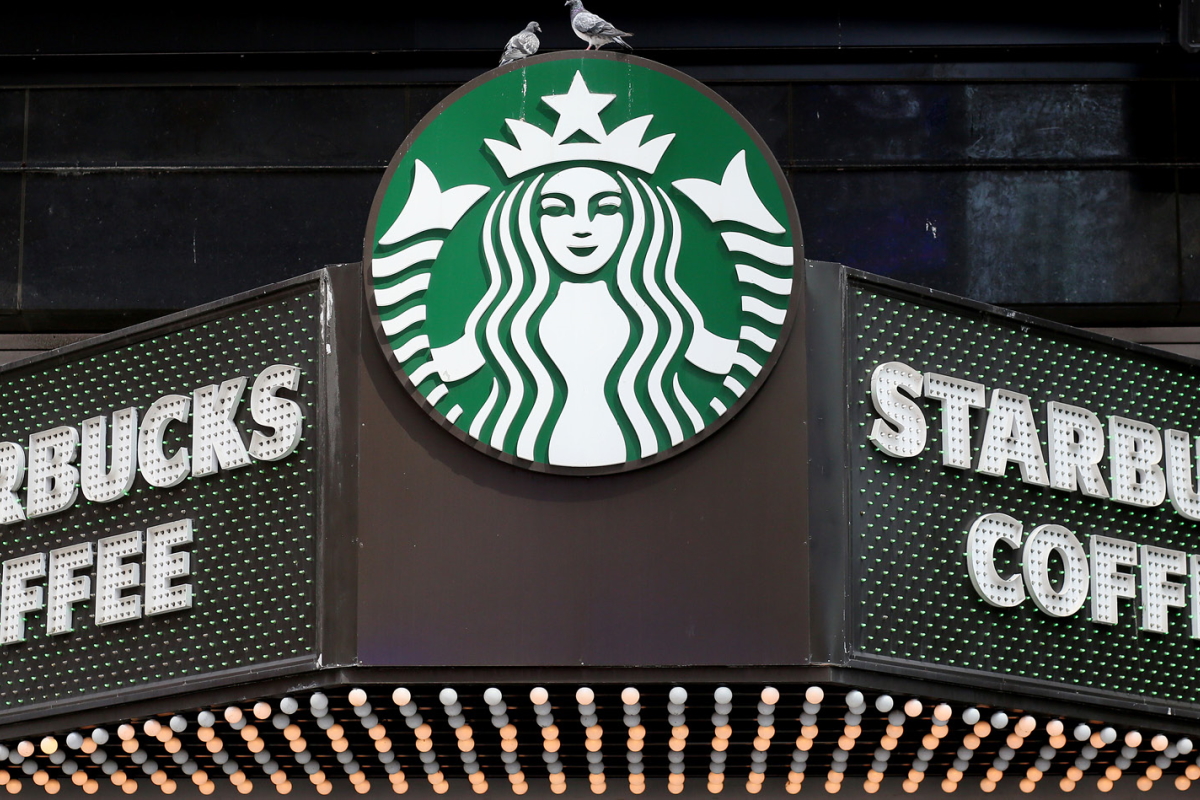 The ubiquitous American coffee chain’s stated purpose has very little to do with coffee: ‘to inspire and nurture the human spirit, one person, one cup and one neighborhood at a time’.

It also has very little to do with maximizing profit as its commitments to reducing carbon, sourcing fair-trade beans, providing affordable health care and education, and supporting farmers don’t come cheap.

However, it endeared itself to the public and inspired the idea of a ‘third refuge’ for enjoying your caffeine hit beyond the home and office.

Lesson: By redefining hospitality, Starbucks proved that you don’t need the best-tasting coffee, you need the most satisfying experience. 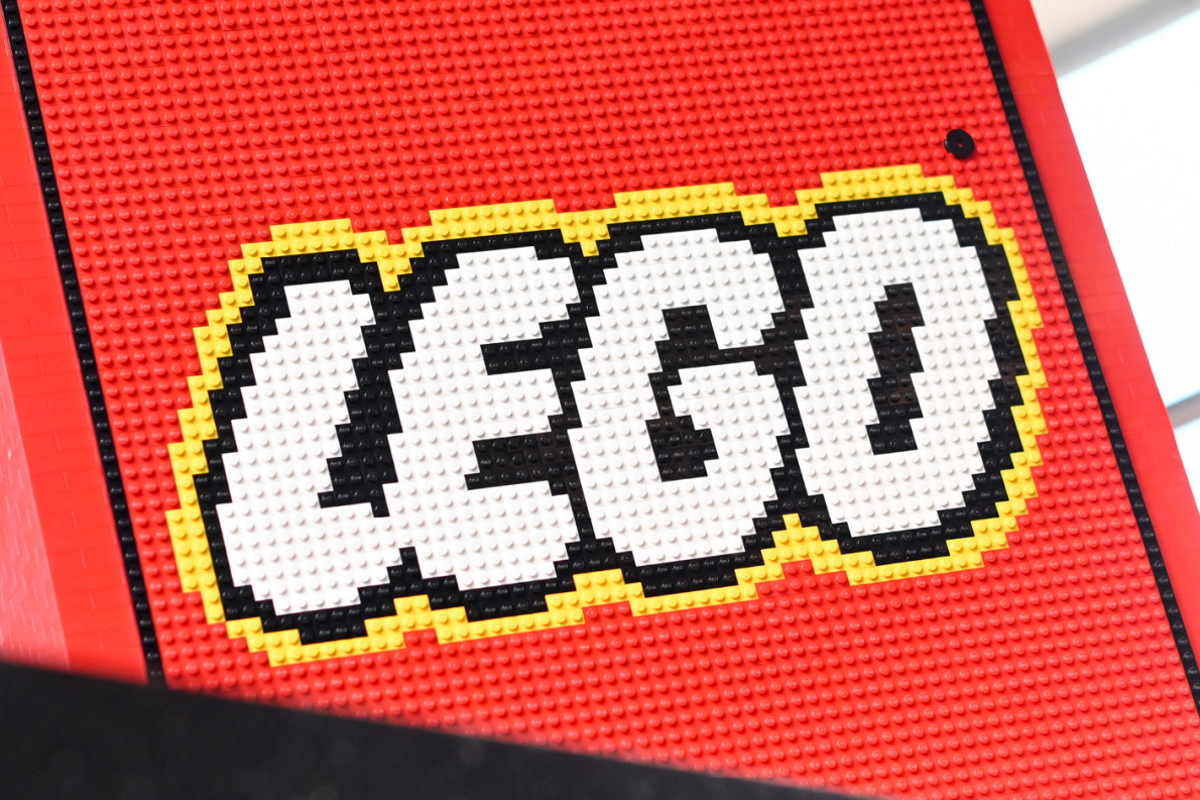 By 2014, the partnership was worth more than US$68 million to the toy maker, but there was a problem. It had recently set out its stall as a responsible corporation, committed to sustainability, something Shell wasn’t exactly renowned for.

The deal was duly ditched as LEGO reframed its purpose as ‘inspiring the builders of tomorrow’, a back-to-basic-bricks policy that jettisoned any products that strayed too far from its core appeal. Its bean counters needn’t have been too concerned about losing the Shell dollar as the following year, it was named the world’s most powerful brand by Brand Finance.

Lesson: No revenue stream is worth it if it tarnishes the brand. 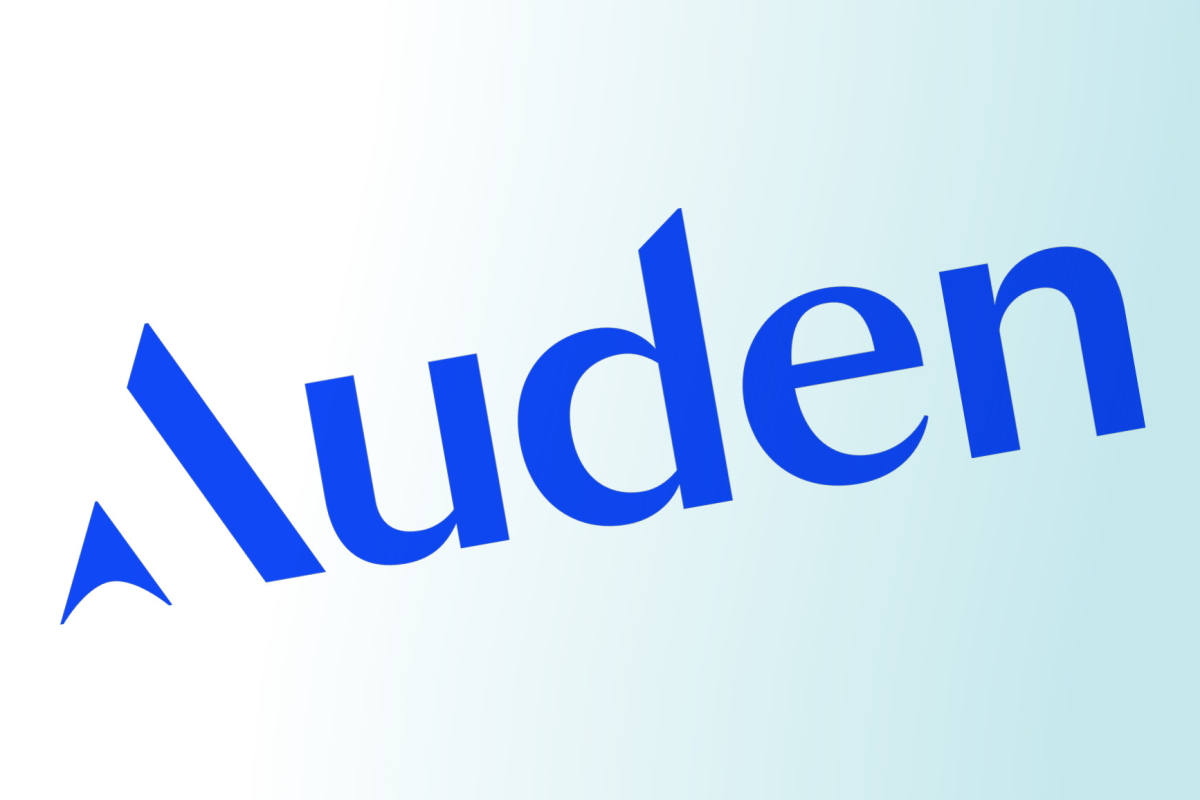 In the arena of financial services, few sectors are more stigmatized than payday loans where desperate, vulnerable individuals are sucked into a spiral of debt by the promise of easy money.

British Fintech company Auden was formed a decade ago to give them a new way to get back on their feet through socially responsible and affordable loans. “We know many people don’t have a choice,” it declares. “Our mission is to change that.”

The customers’ best interests are put above the company’s so it won’t loan to those who can’t afford it. 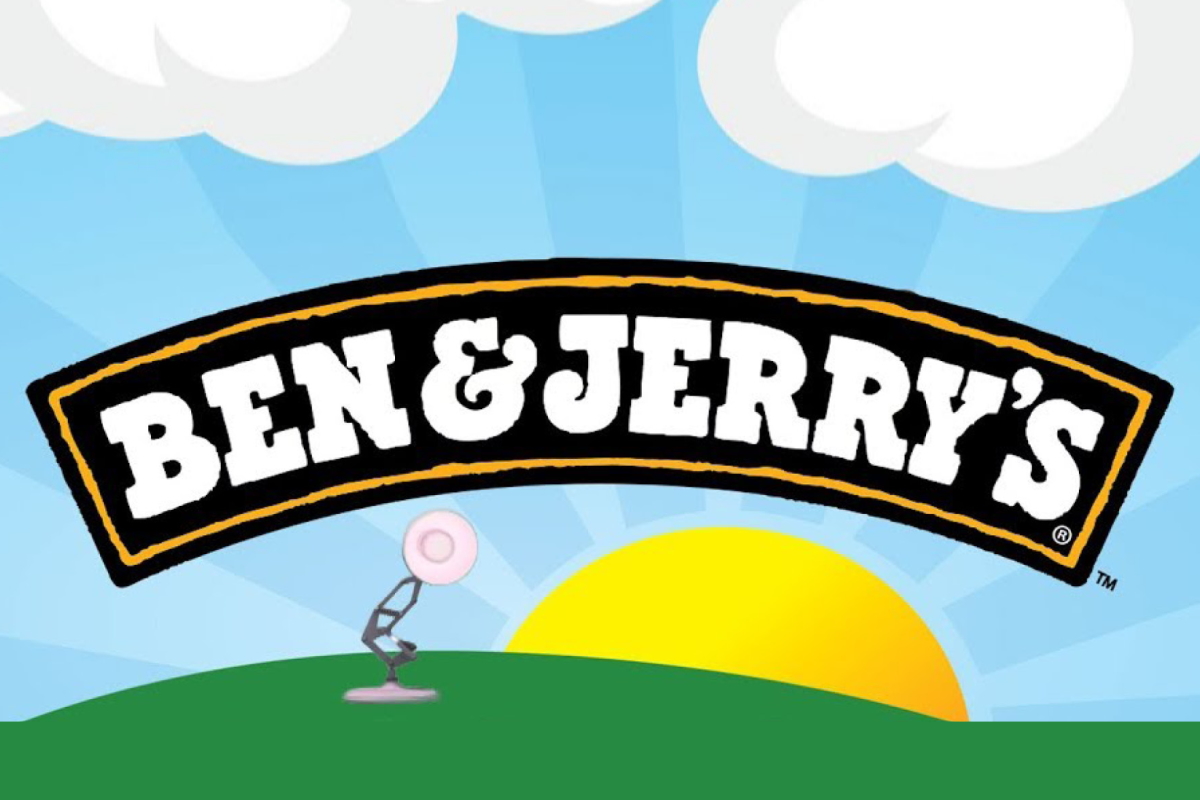 The ultimate example of how to put purpose first and a byword for corporate responsibility, Ben & Jerry’s fights for marginalized communities and challenges injustice. All through the medium of ice cream.

Founders Ben Cohen and Jerry Greenfield were activists right from the start, and became cultural icons of authenticity, compassion and very tasty frozen desserts. Not even the sale to Unilever in 2000 could tarnish the brand, which continues to campaign on everything from farm emissions and LGBTQIA+ rights to the occupation of Palestinian territories.

Lesson: Ben & Jerry’s is a perfect storm of charismatic founders, PR mastery and communicating brand values. There are other delicious ice creams, but none with such a feel-good factor. Tech giants such as Facebook, Google, Amazon, Uber, Apple, SpaceX, Netflix, Dell and many others have all put purpose front and center of their operations. Most struggled in their early days before they figured out their ‘why’ and soared into the stratosphere.

Meanwhile, nearly all the high-profile corporate failures came about through a muddled vision or lack of direction. In short, they were at cross purposes.

More recently, Adidas put its money where its Yeezy sneakers were by ending its relationship with Kanye West over his anti-Semitic tweets. The move will cost the company a reputed US$650 million annually, but saves it from reputational damage that could have cost much more.

So it’s not just wise men who follow a north star, but also wise CEOs. And if they get it right, they won’t even need to take gold with them – there’ll be plenty lying in wait.

Bestselling author of business purpose bible Lead With We, Simon Mainwaring, tells The CEO Magazine that purpose has become important for three reasons.

“First, the connected and concurrent crises we face aren’t sitting idly out in the future waiting for us to arrive – they’re hurtling toward us in the present creating a hockey stick of expectation from all stakeholders.

“Second, purpose implies service to something larger than ourselves and, as we awaken to the scale and urgency of today’s crises, we realize that every company and stakeholder is on the hook to participate.

“And third, we now find ourselves in a unique conspiracy of circumstances where, for the first time, all stakeholders are engaged unleashing new market forces that are rewarding purposeful companies.”

Read next: Virgin Unite CEO: How I harnessed the hidden benefits of career breaks