Executives from a range of industries gathered in Sydney on Wednesday night for an epic celebration of incredible achievements in uncertain times. 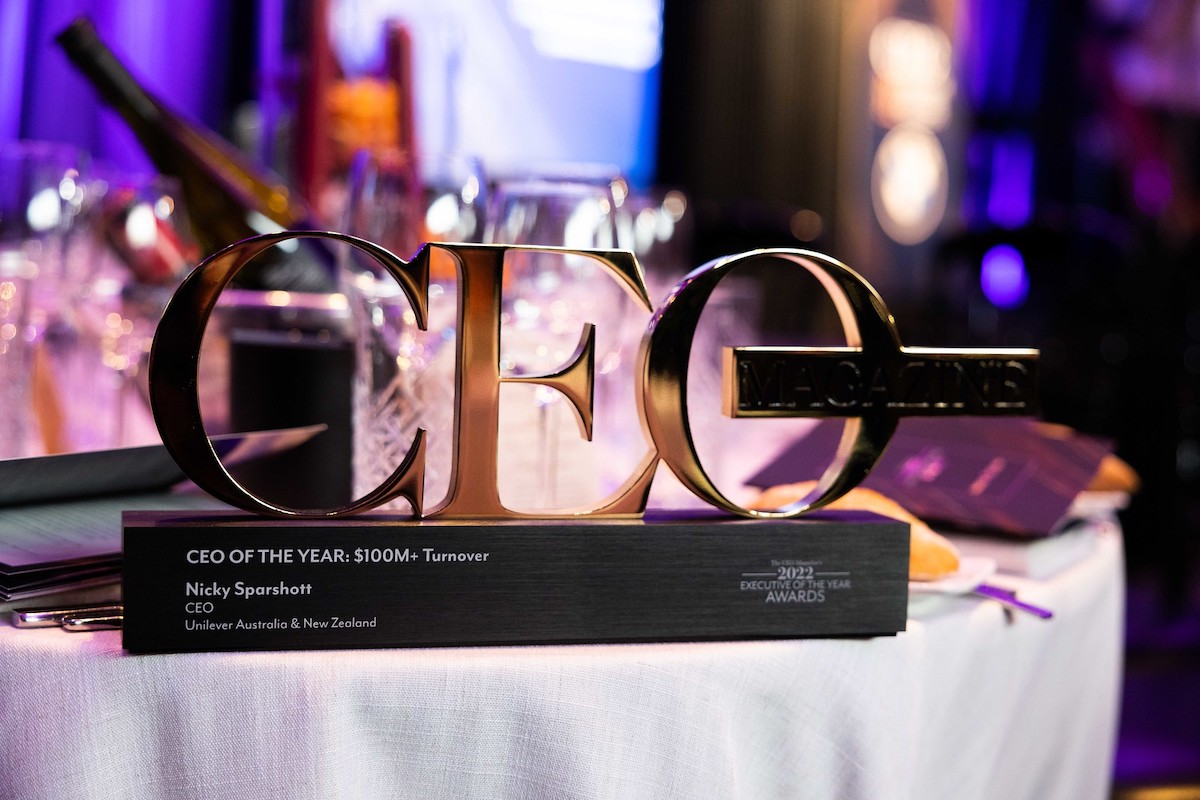 Despite the challenges and curveballs that have been thrown at businesses over the past few years, it has been an “incredible time for leaders to lead”, Unilever Australia and New Zealand CEO Nicky Sparshott said as she accepted her award for CEO of the Year – A$100m+ turnover at The CEO Magazine Executive of the Year Awards event in Sydney.

“It has been such an incredible opportunity for leaders to stop, reimagine and think how we can do business differently,” she said. “While, of course, we want to deliver an amazing financial performance, I think this is the time for leadership to have that regenerative impact on the planet and contribute to a fairer and more socially inclusive world, and that’s a really exciting space for us to be in right now.” 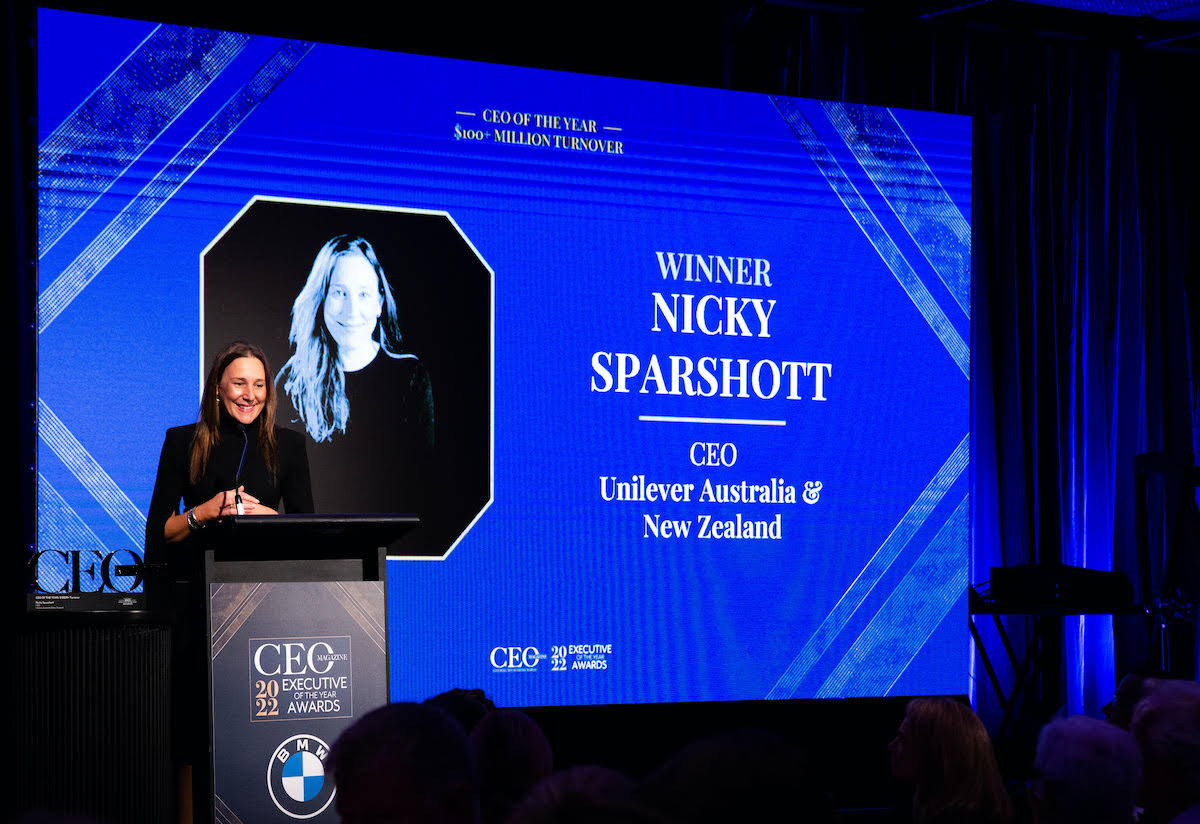 Sparshott beat stiff competition in the category from the likes of runner-up Tristan Sternson, the CEO of ARQ Group, and Garry Korte, the CEO of Hancock Prospecting, who was highly commended. She also paid tribute to the “excellence, humility, humanity and courage” of her team, with many other Unilever business leaders there in the room.

“When I look at everybody in the room here tonight, it feels like we all hold different pieces of the puzzle – whether you’re an entrepreneur or a founder, a startup or a scale-up, a big business, a small business or an NGO, the magic that we can all create when we come together to do extraordinary things in difficult times is really quite of this moment,” she reflected.

Meanwhile, Stepping Stone House CEO Jason Juretic was named CEO of the Year – A$0–100m turnover. While he was unable to attend the event, his colleague Shana Lewis accepted the award on his behalf. “We have an audacious goal and that is to end youth homelessness,” she said. “Jason doesn’t just lead towards this goal, he makes it his business to action it every single day in every facet of his life.”

A meeting of minds 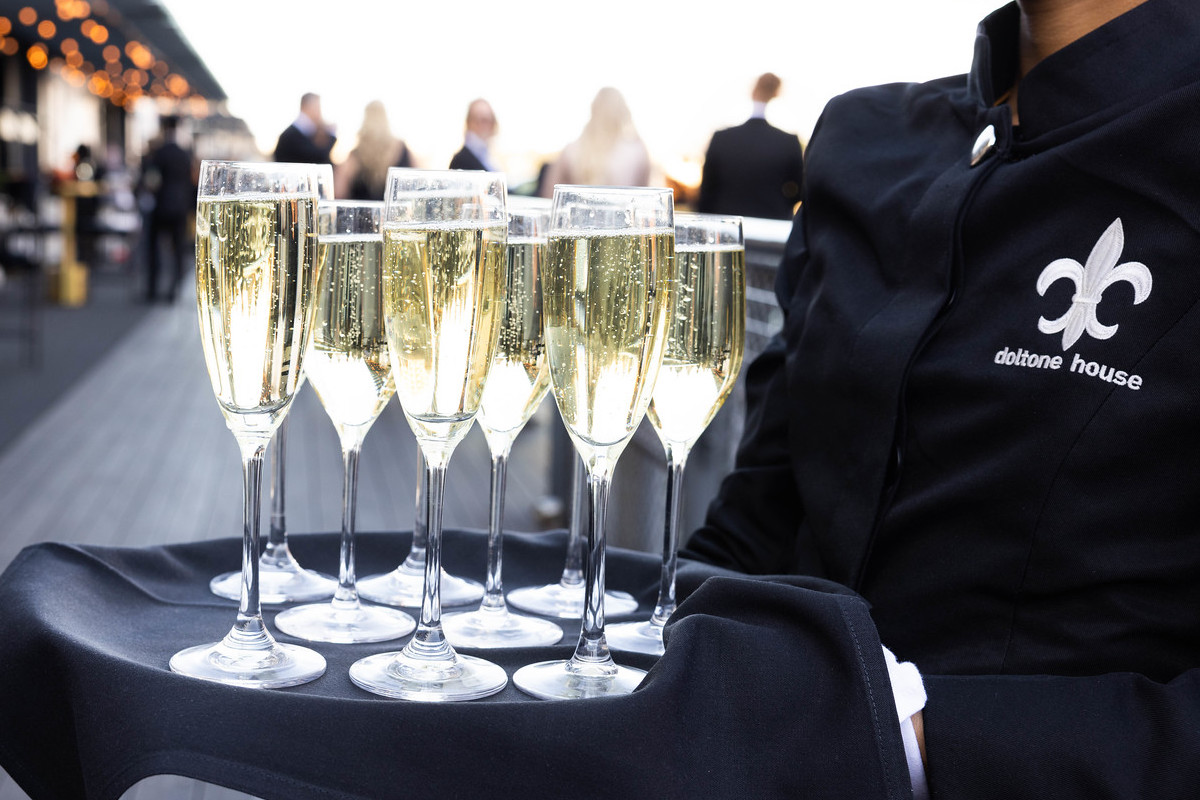 The cohort of Australia’s most inspiring and respected leaders gathered at iconic Sydney address Doltone House to celebrate the achievements of their peers on 9 November 2022 evening.

Greeted with champagne and cocktails on arrival, the 320 guests enjoyed the beautiful views of Sydney Harbour across to the Harbour Bridge and the rising spires of Barangaroo. Canapes and a delectable stack of fresh seafood kept the hunger pangs at bay as executives from a broad range of industries networked out on the deck as a string quartet set the mood.

As the sun started to sink behind the brick facades of the Jones Bay Wharf, guests gathered inside the ballroom to be welcomed by The CEO Magazine Co-Founder Chris Dutton. He highlighted some of the global publication’s major achievements over the past year, including an exclusive leadership retreat at Sir Richard Branson’s Necker Island, which will take place once again in 2023. 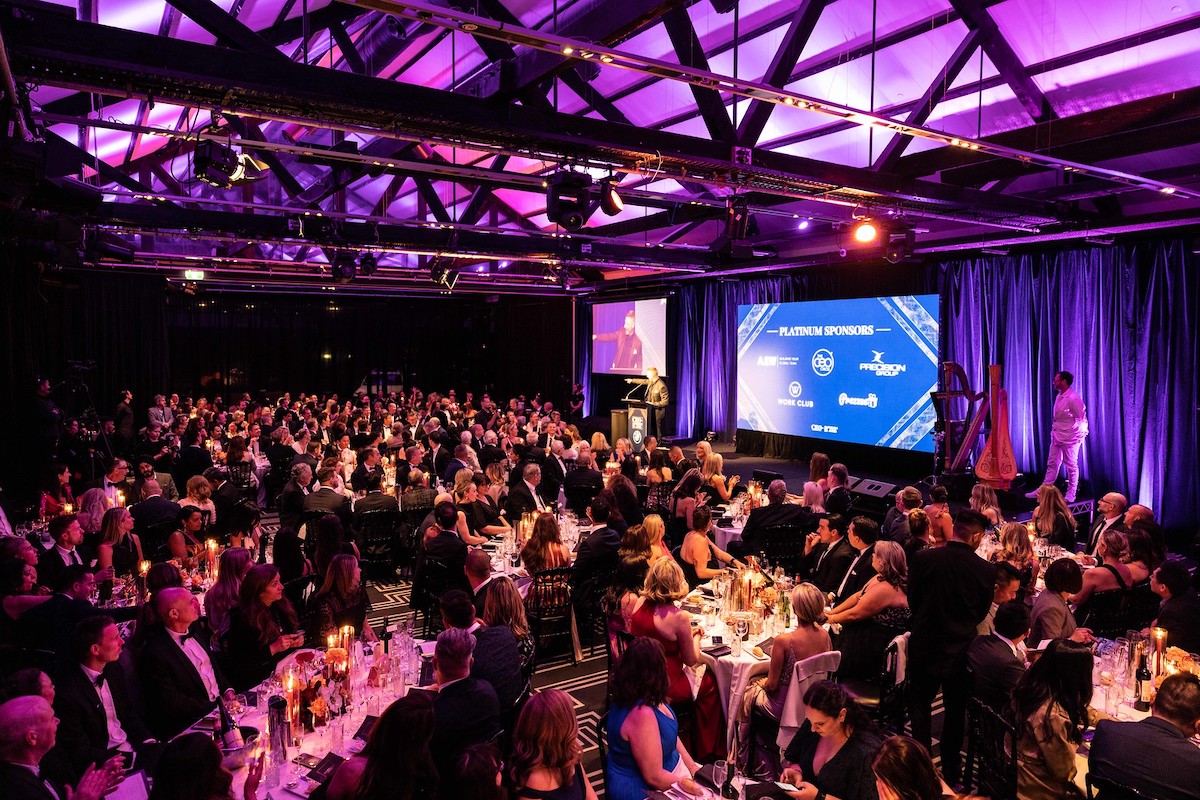 As entrees were served, guests squirmed at the irreverent humour of emcee Merrick Watts as he introduced the evening’s entertainers. First up was Australian adventurer James Castrission who inspired guests with his account of how he and his best mate, Justin Jones, completed the first unsupported polar expedition from the edge of Antarctica to the South Pole and back without mechanical assistance, making his way into The Guinness Book of World Records, for the second time, in the process.

In addition to sharing this rousing tale of sheer determination, Castrission also revealed he would be leading a Blue Mountains adventure getaway in support of The CEO Magazine Foundation on 30–31 March 2023, with expressions of interest in the once-in-a-lifetime experience now open.

An evening to remember 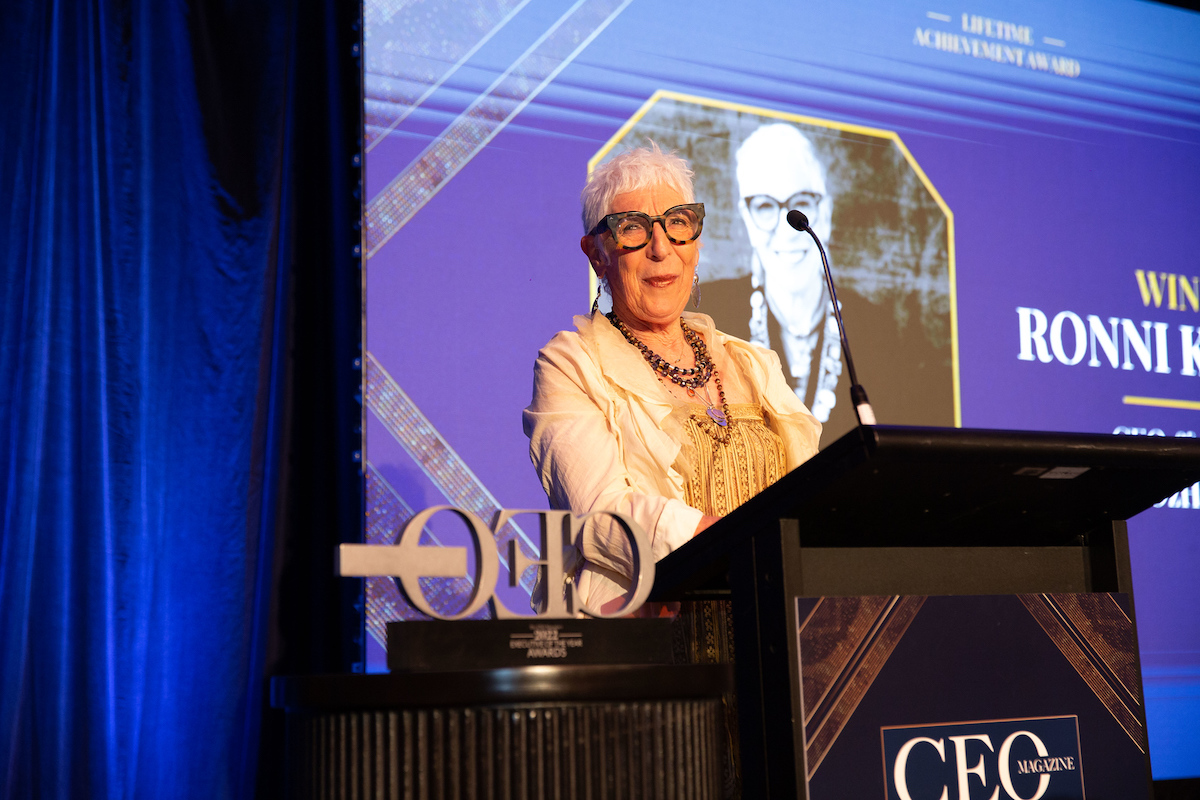 Later, as guests tucked into their main dishes, musician Jake Meadows conjured a lively atmosphere with an electric harp performance, culminating in an elaborate three-harp finale.

A handful of lucky guests snapped up lucky door prizes, which included a 12-month Work Club ambassador membership, a reset package from The Leadership Institute and a five-night Maldives escape compliments of Addicted to Maldives.

Finally, there was sweet relief for the sense of building anticipation in the room as the winners of the Executive of the Year Awards were announced, with recipients collecting their awards to frenetic applause.

OzHarvest Founder and CEO Ronni Kahn received the Lifetime Achievement Award in recognition of her pioneering efforts in the area of food relief. “I am truly truly humbled and it’s such an honour to receive this award tonight,” she told the room.

“But you cannot be a leader if you don’t have a team, so tonight I want to acknowledge that I stand on the shoulders of extraordinary people – the 300 staff that work for me, the 4,500 volunteers that give their time and energy to OzHarvest, my board and every single funder that has given us A$1 or more, which us allowed us to deliver two meals from every dollar donated.”

The handing out of the final award didn’t mark the end of the festivities, however. The celebrations continued well into the night as Australian vocalist Emma Pask entertained the crowd with her jazzy tones.

And the winners are:

Entrepreneur of the Year 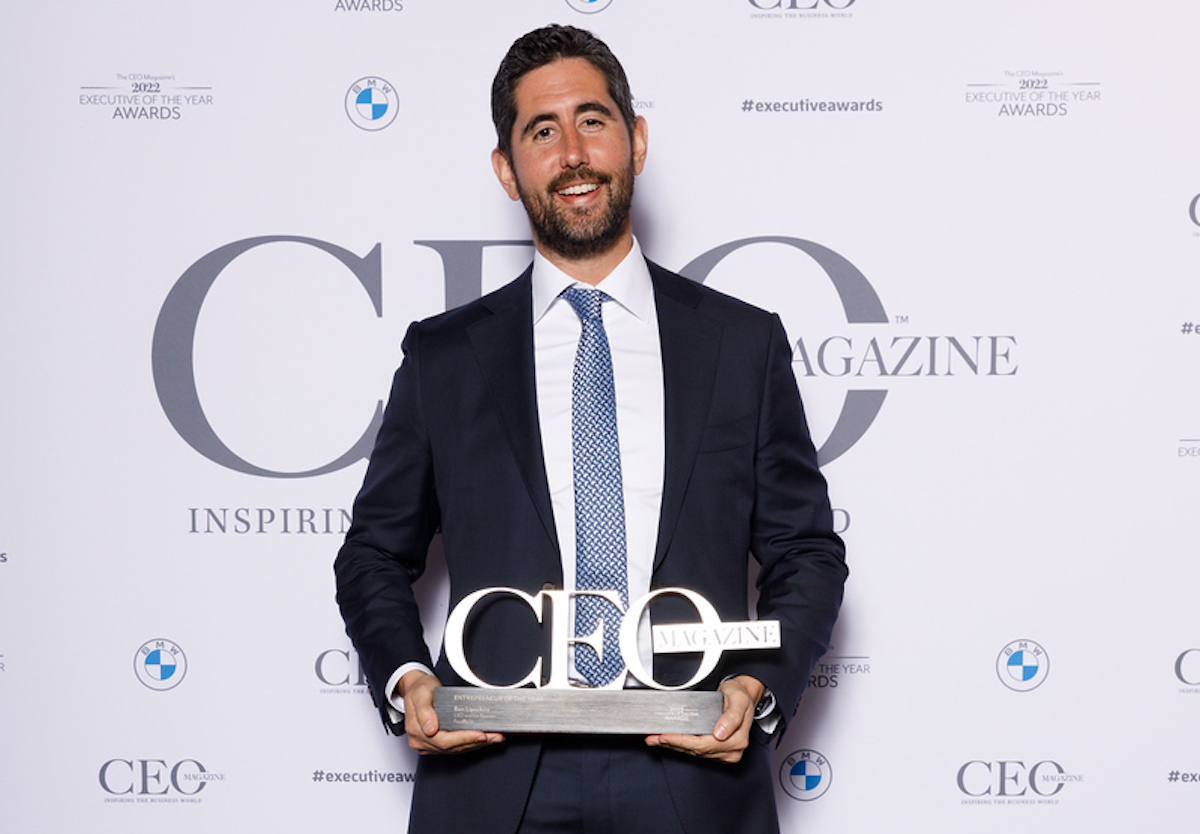 Startup Executive of the Year 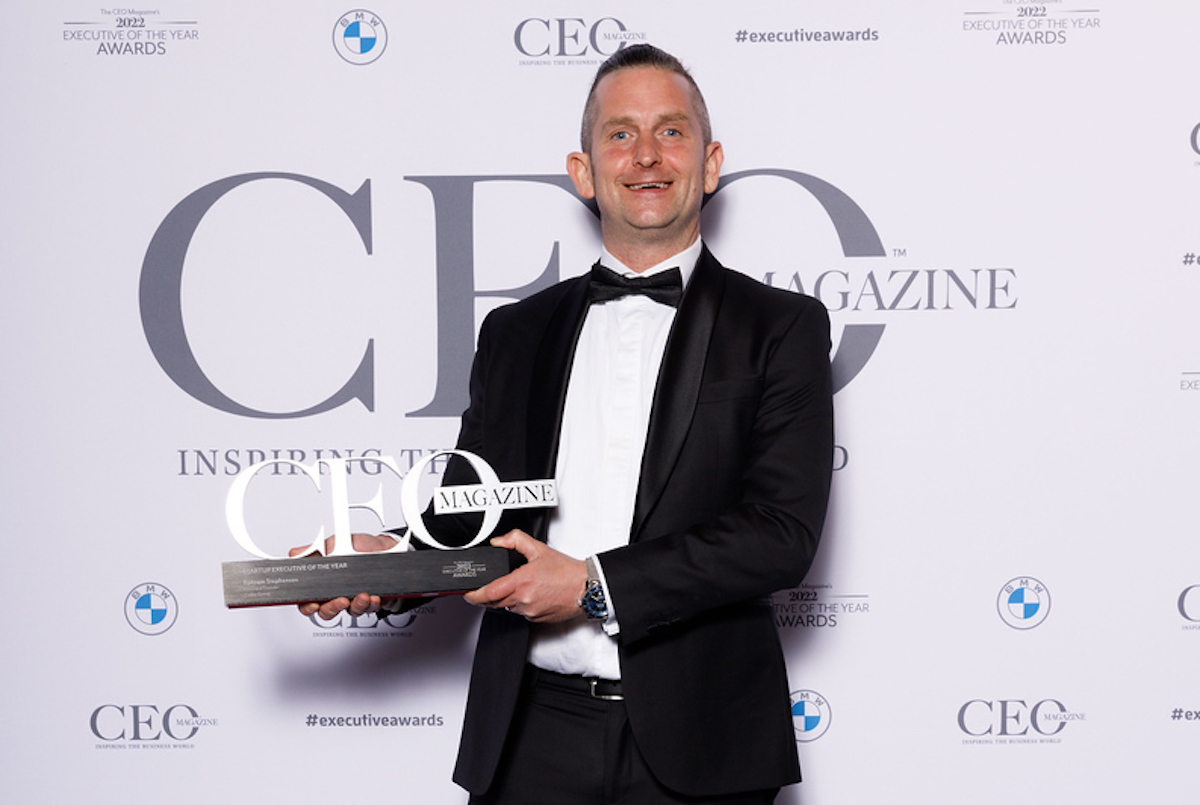 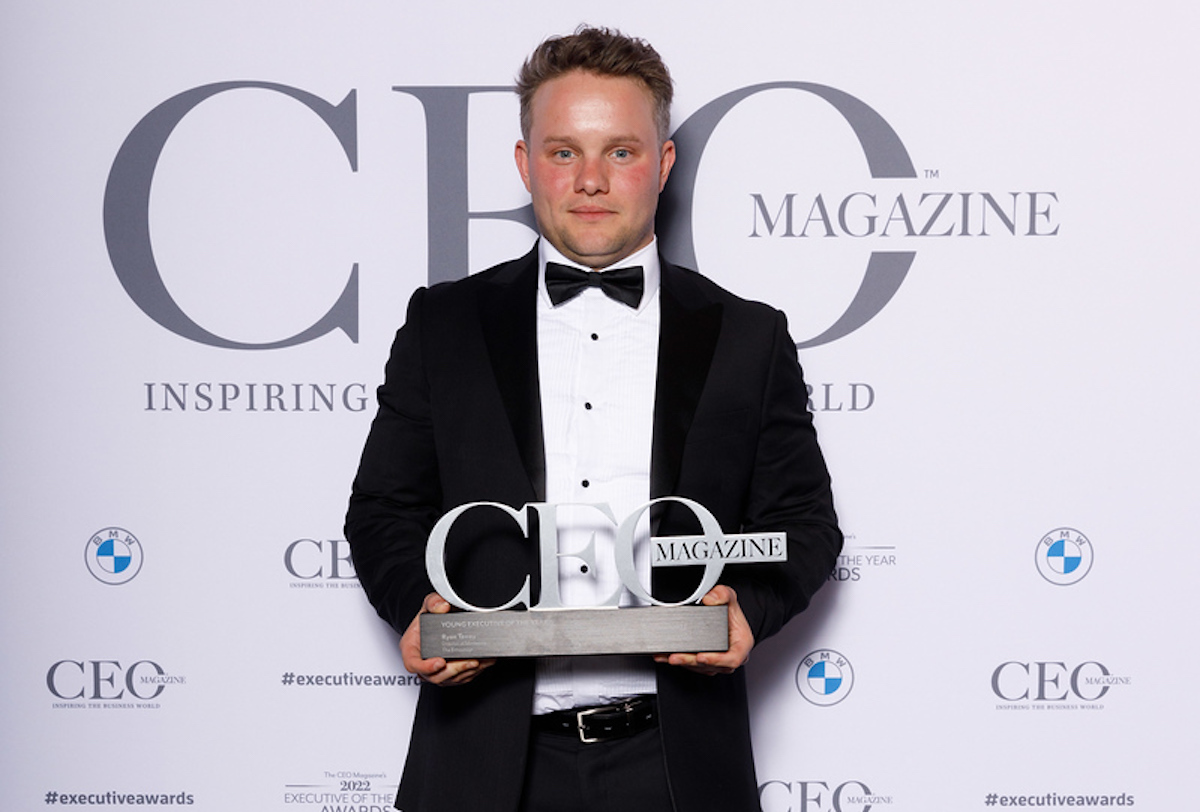 Winner: Ryan Terry – Director of Marketing, The Entourage (pictured above)

Not-for-Profit Executive of the Year 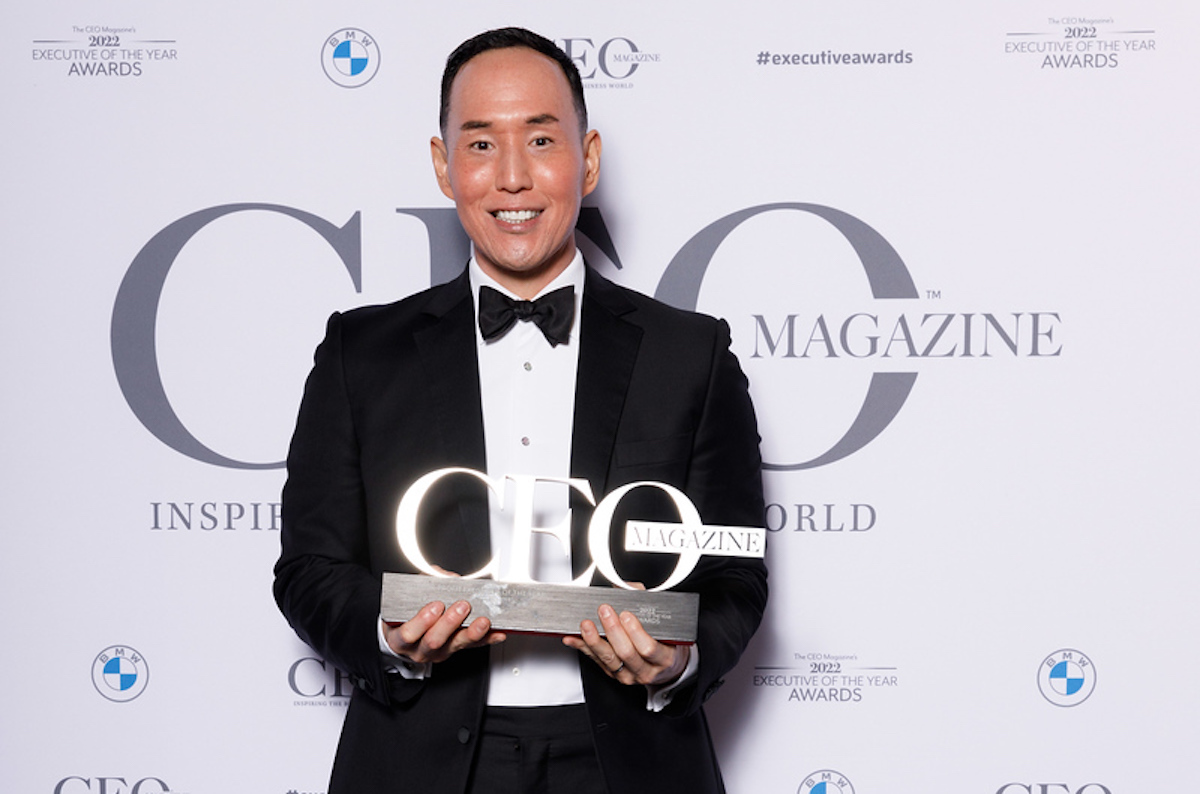 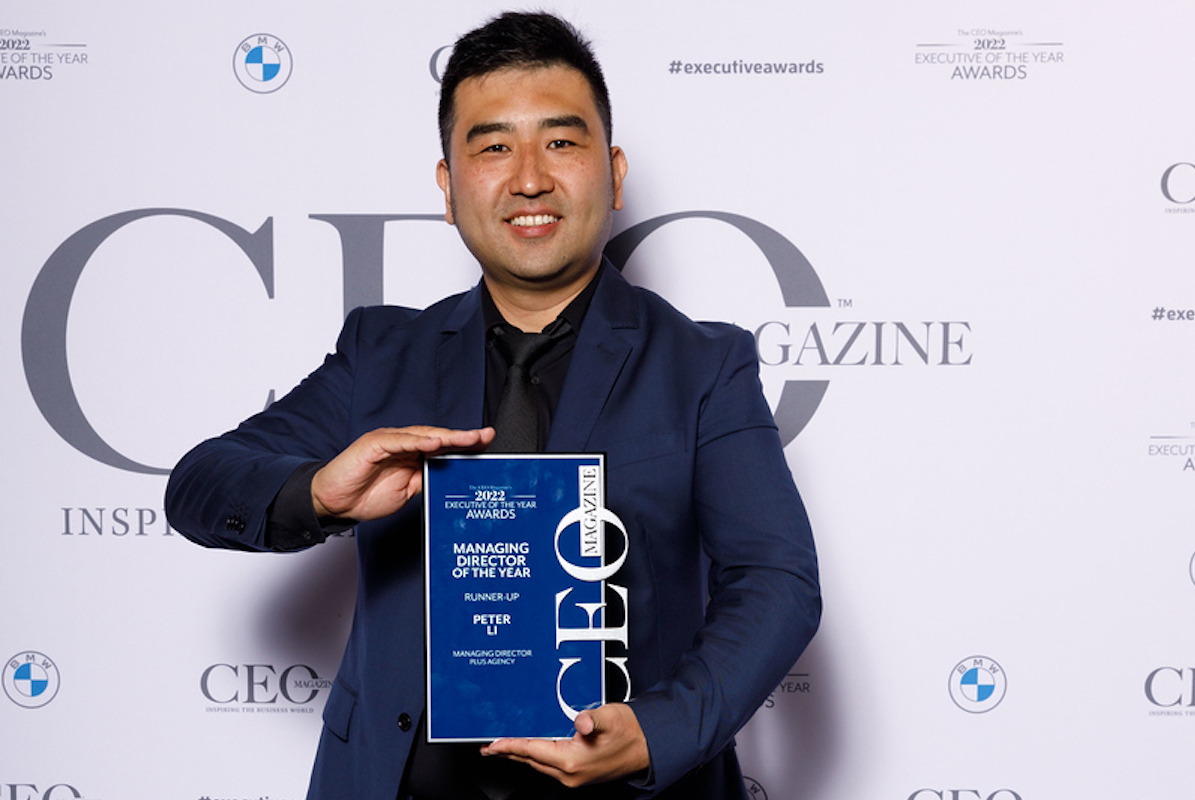 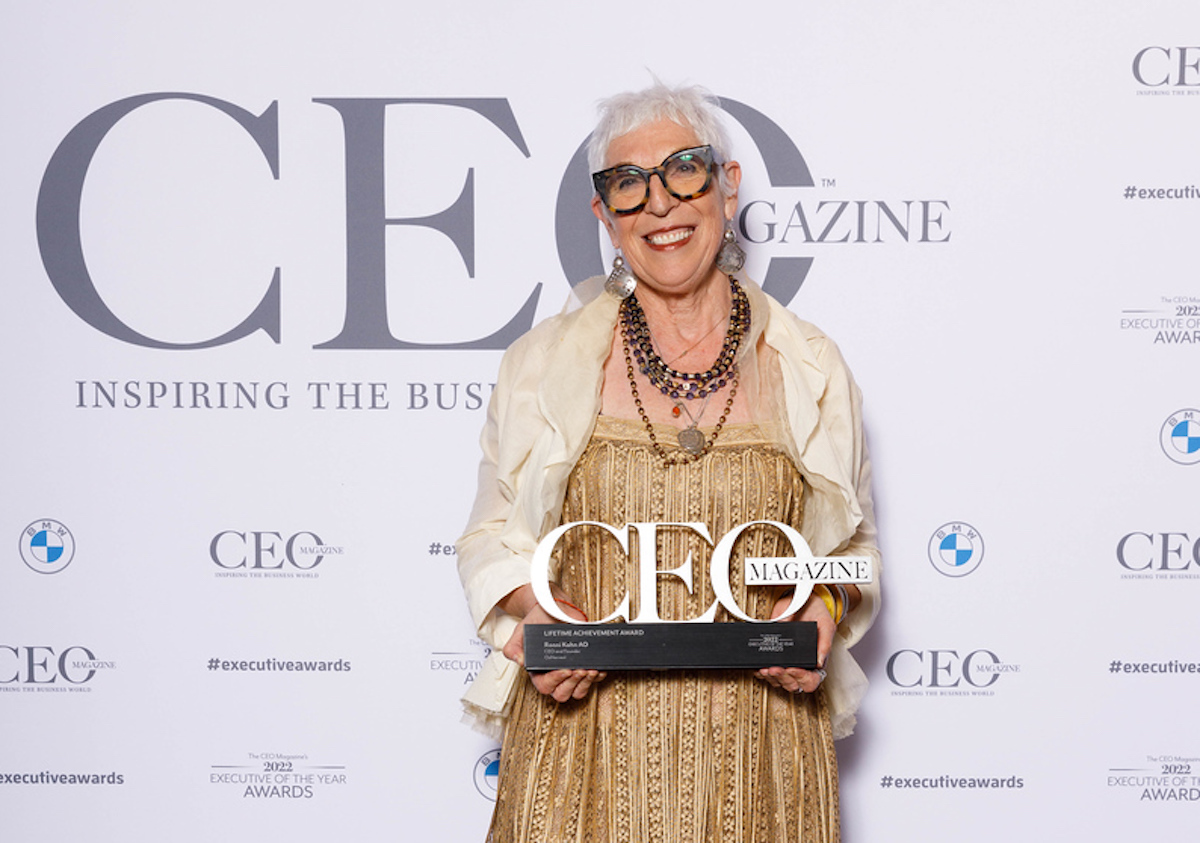 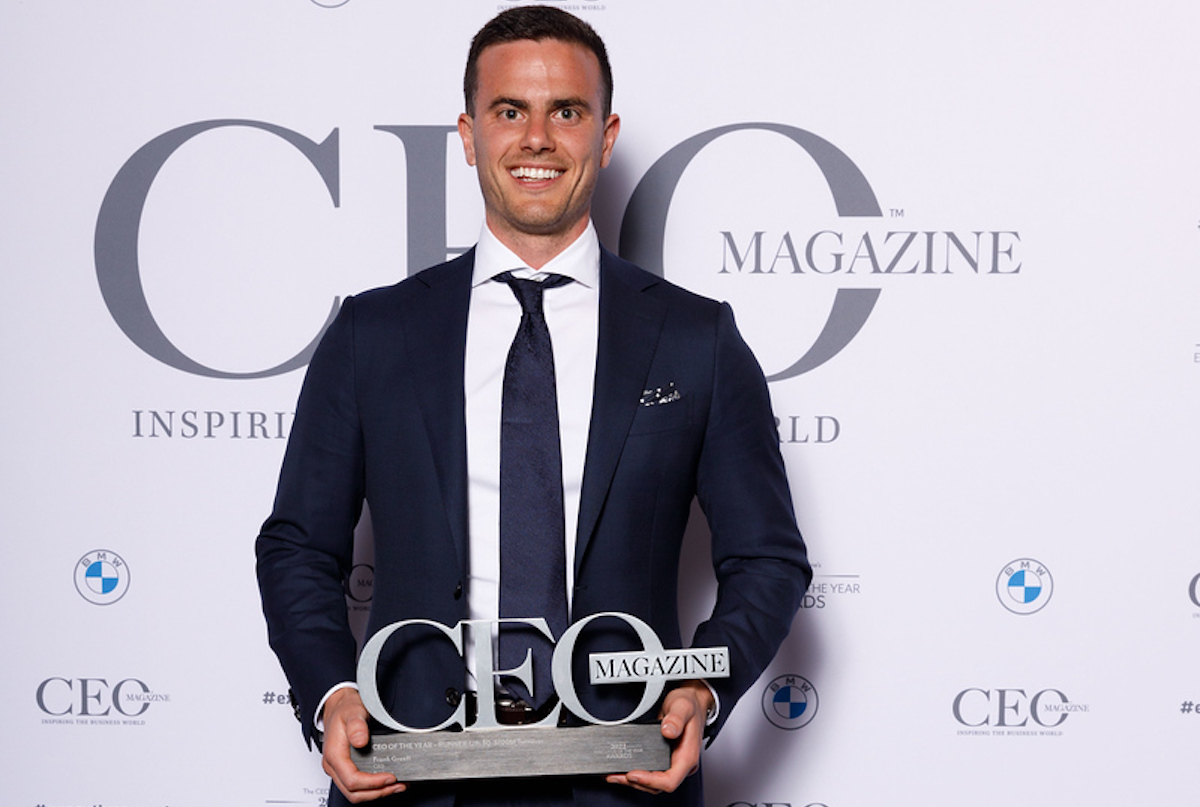 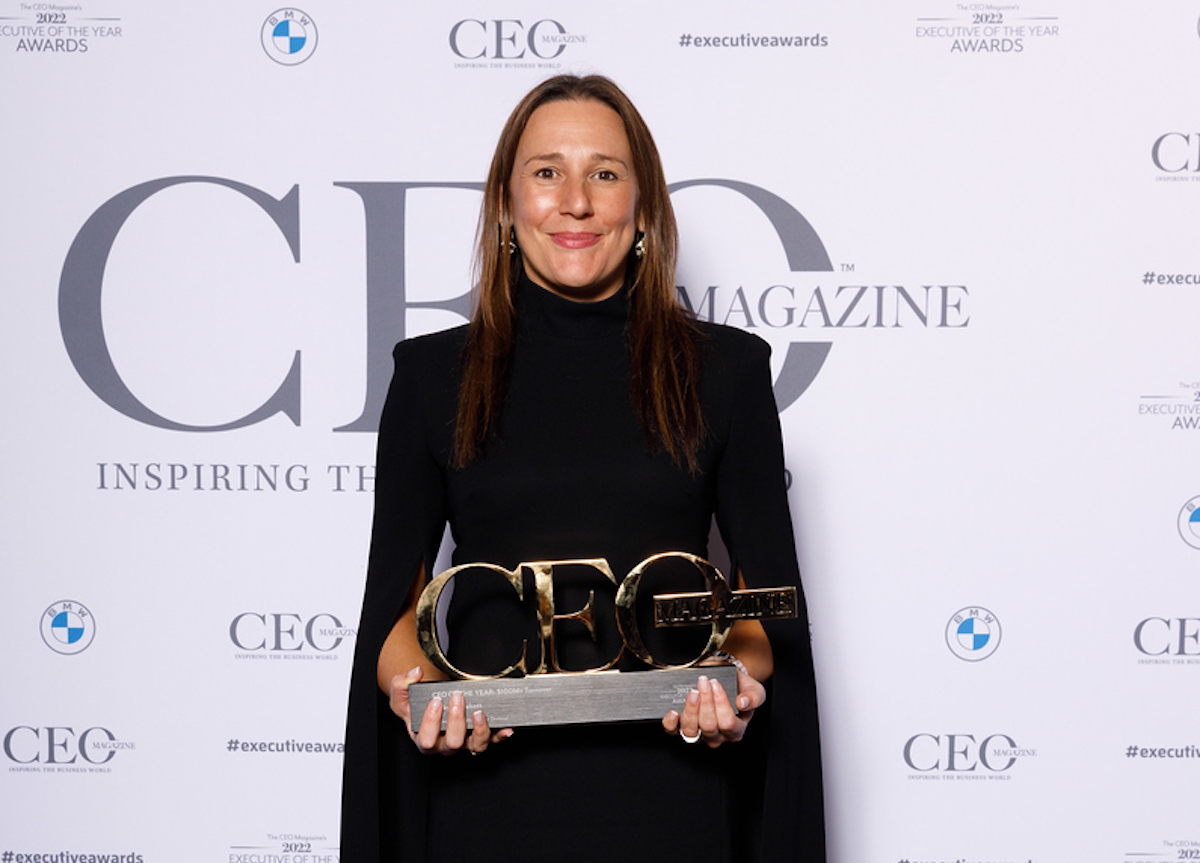 Read next: Register your interest to join Australia’s top leaders in the spotlight