Experts share how Bitcoin is preparing for the future 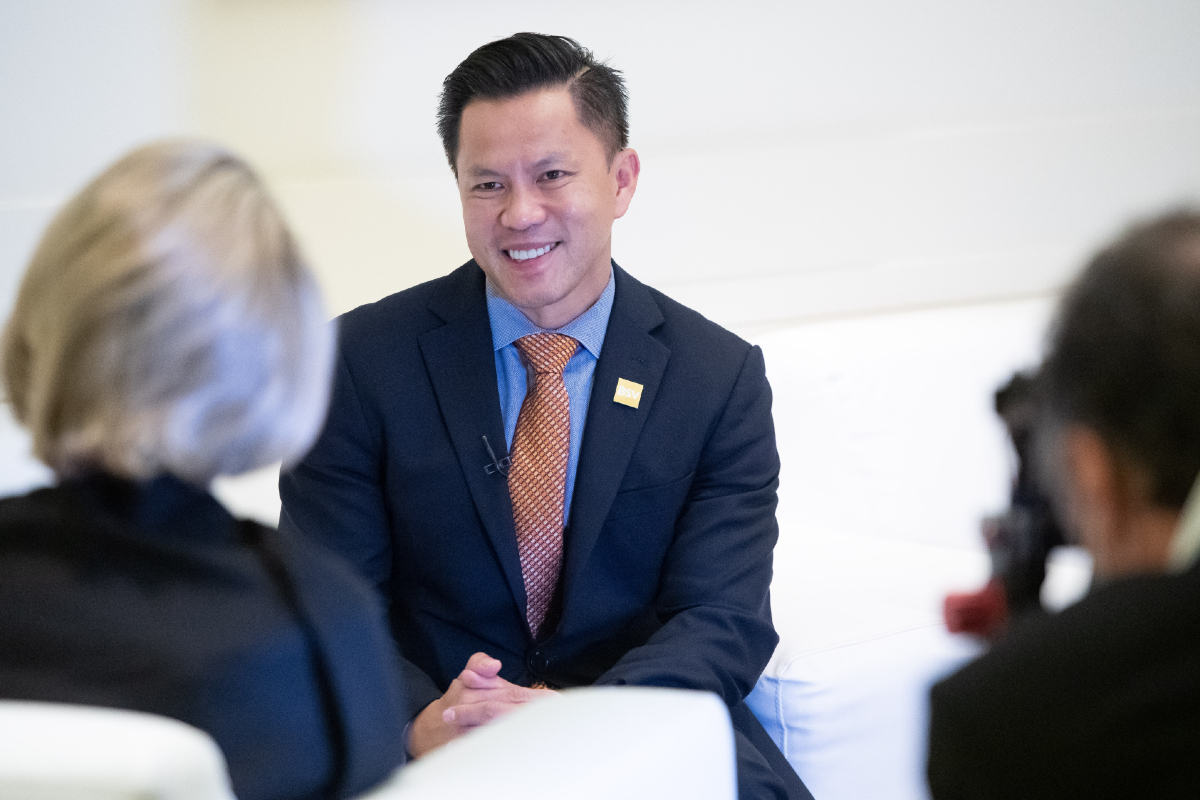 The global pandemic brought many industries to a grinding halt, but investing in cryptocurrency has been one of the few sectors to thrive.

Thought to be the currency of the world, Bitcoin Association Founding President Jimmy Nguyen explains how Bitcoin is preparing for the future.

“Investing has definitely not been quarantined for what we see in the Bitcoin SV global ecosystem,” he shared at Sir Anthony Ritossa’s 14th Global Family Office Investment Summit in Dubai. “There’s something about Bitcoin and blockchain technology being able to solve problems, including new problems.

“The business model and philosophy of our blockchain should not be unique, but it’s special because we’re the only blockchain platform.”

Invented in 2008 by Satoshi Nakamoto (who is thought to either be one person or a team of people), Bitcoin is the world’s oldest and largest digital asset.

For businesses to use blockchain, the transactions need to be fast and low cost. Jimmy, who is one of the leading Bitcoin and blockchain advocates, likens it to the email systems of the 1990s.

“If the entire world could only send seven emails per second, nobody would be using email – it would not have grown,” he explains. “So, we take a completely different uprise with blockchain applications.

“A good comparison is the BTC Bitcoin network does only seven transactions per second – that isn’t unique.

“We’re solving the scaling problem to be able to power. We think later this year, [we’ll be doing] 50,000 transactions per second [and will] therefore create a Bitcoin data network that can serve the world’s needs.

“It hasn’t been solved all these years. The chains have been restricted or had problems. We’re finally solving and delivering on that.”

COVID-19 proved to be a driving force for phenomenal growth of Bitcoin, however, the expert says BSV – the native cryptocurrency of Bitcoin blockchain – is on a different path.

“We’re delivering on scale,” Jimmy shares. “The problem with other competing blockchains, such as Ethereum, which people hear about a lot, is it can do a number of things – technically smart contracts, a token – but we’re special in the sense that we’re the blockchain that has best solved it.”

As BSV optimises the system for ultimate business functionality, it’s attracting a number of savvy investors, including soon-to-be-announced investors from the UAE.

“Enterprises and businesses and investors are paying attention to what we are doing,” Jimmy explains. “As the COVID pandemic hit the world, some business has come to a grinding halt.

“For the Bitcoin world especially, which is trying to build and start up ventures in our ecosystem, companies started building more and faster and began solving additional problems that were caused by COVID. It’s actually led to investment happening in our ecosystem during the past year.”