Aston Martin hints at the future of an electric SUV

The British marque’s first-ever SUV is beginning to win over critics, but according to Aston Martin’s Marek Reichman and Kevin Watters, there’s still more surprises to come.

When British carmaker Aston Martin announced its plans to create a luxury SUV, traditionalists doubted its success. The British marque was renowned for creating some of the world’s most beautiful sports cars, so it was a bold departure from the norm that brought them success.

Fast-forward to today and it’s safe to say that many of those critics have been silenced with an SUV that is both highly capable in the versatility stakes while still respecting the brand’s performance heritage that spans 107 years.

As the fourth car to roll off Aston Martin’s Second Century Plan, the DBX comes with the broadest design brief in the carmaker’s history. This allows the new model to take on many forms, with the most important one being an SUV with the soul of a sports car.

From sportscar dynamics to off-road versatility 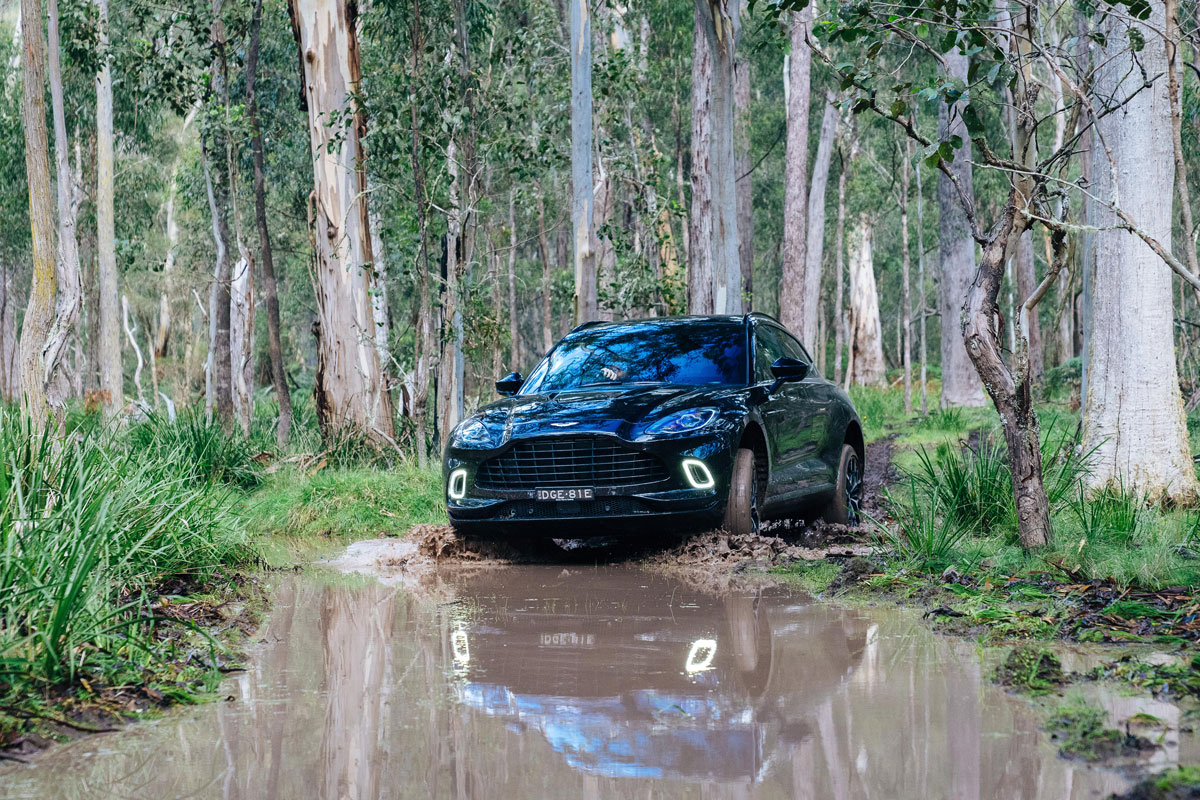 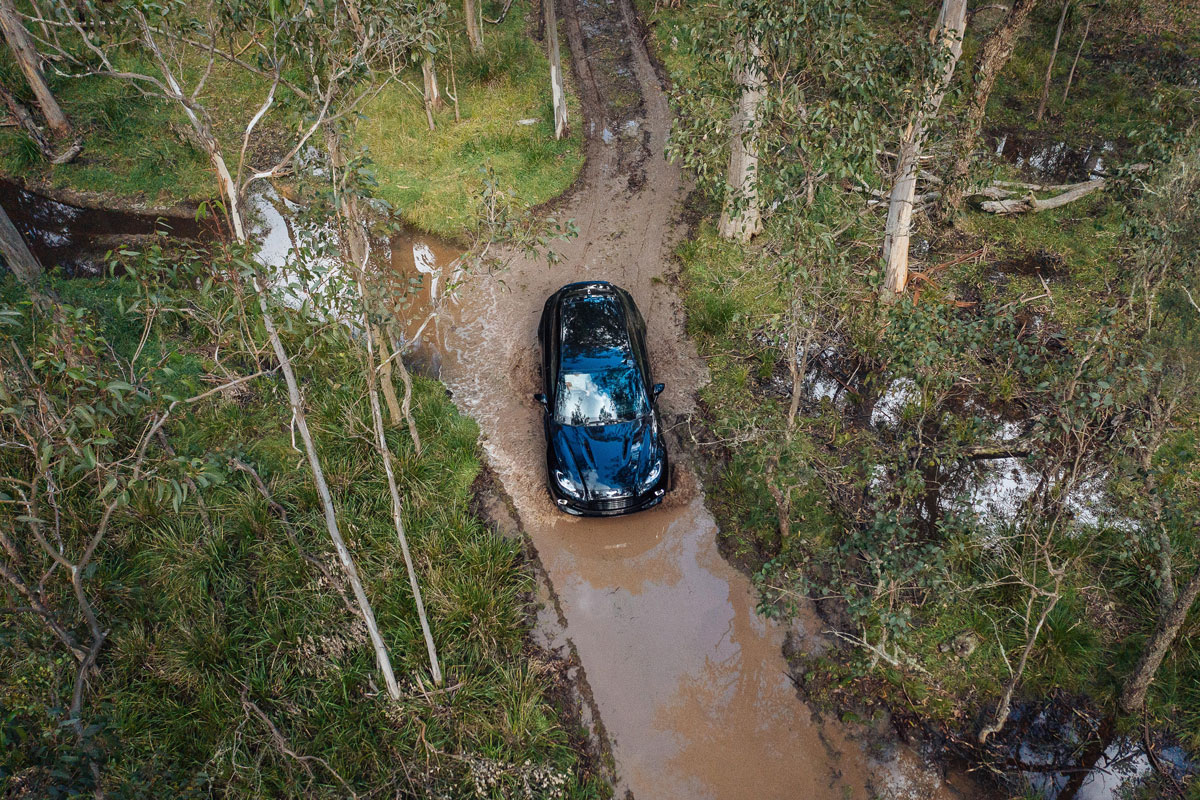 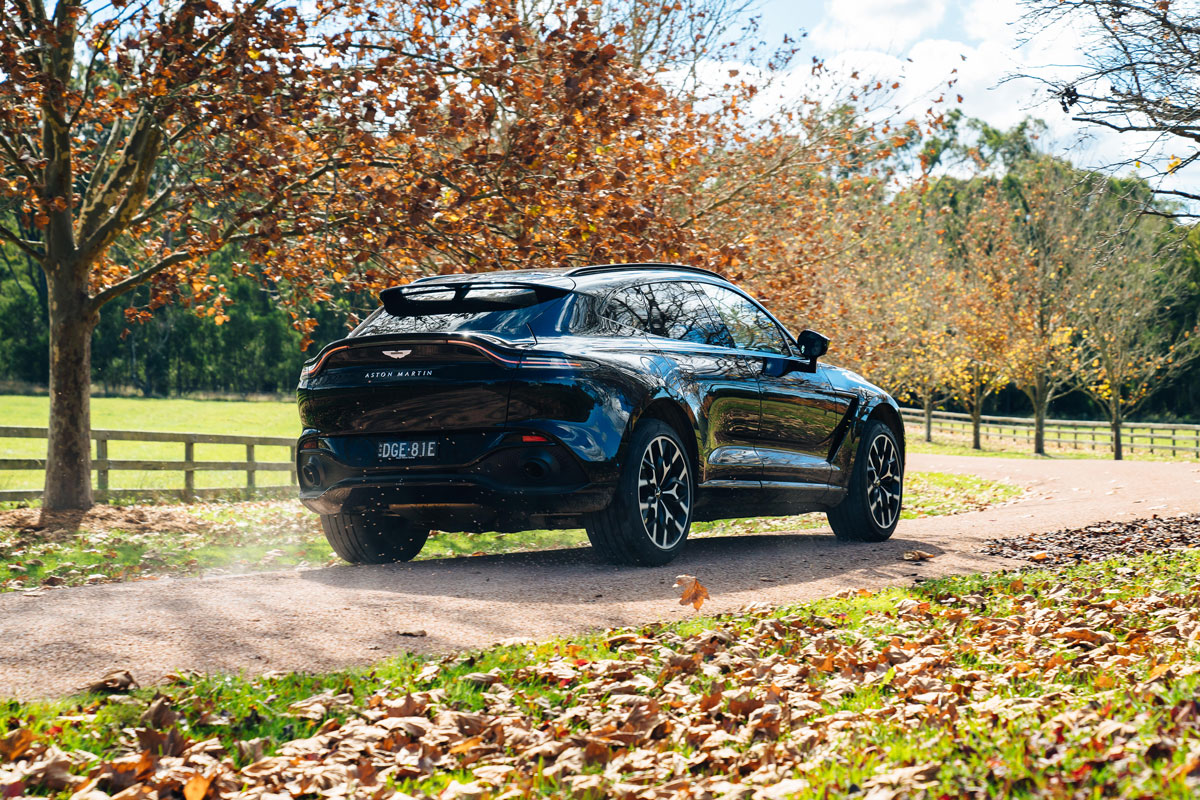 Get behind the wheel of an Aston Martin DBX and you’ll quickly realise the diversity of driving personalities on hand. Whether it’s moderate depths of mud, gravel, grass or cruising down a freeway, the DBX traverses effortlessly through today’s most frequented terrains. Most importantly, it does this with an exemplary level of composure to encourage real confidence behind the wheel – a rare trait in the world of SUVs.

Part of this can be credited to the DBX’s extensive development program, which encompasses both physical and virtual testing dating back to 2015. This sizable development window allows for an exacting result that doesn’t just showcase dynamic performance, but unwavering luxury inside and out. 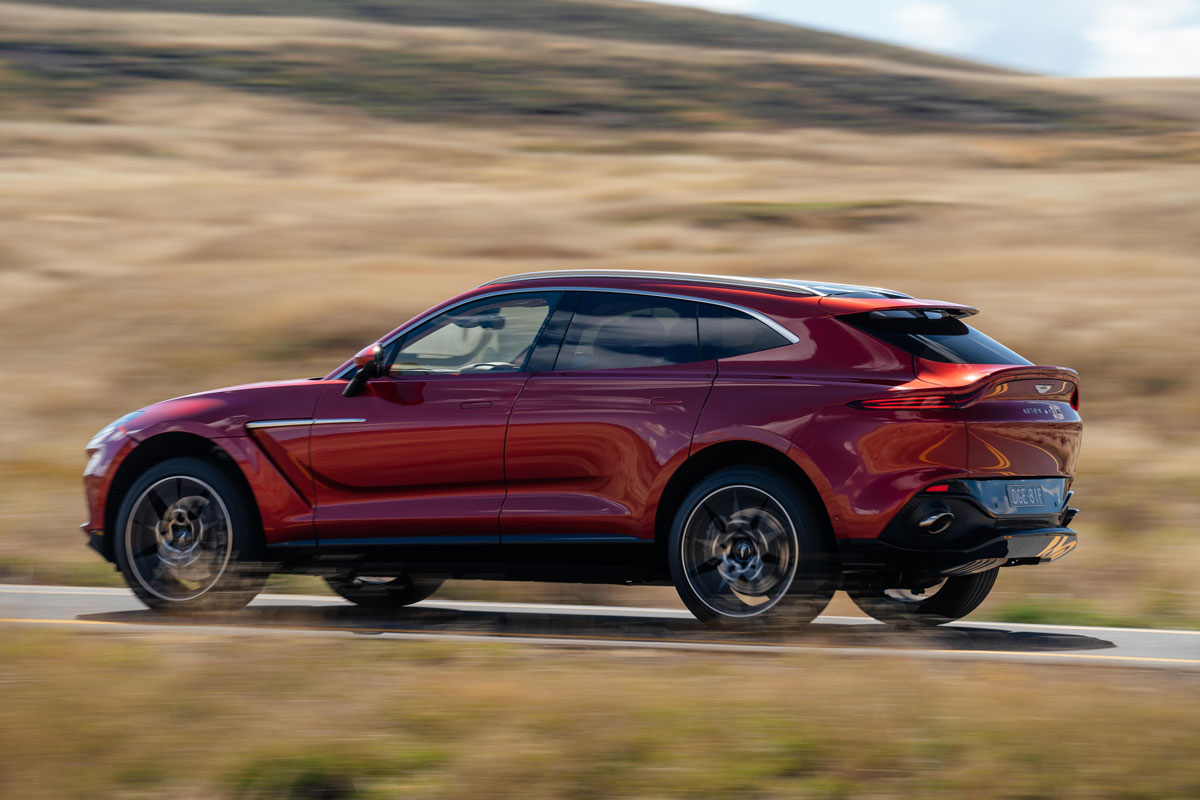 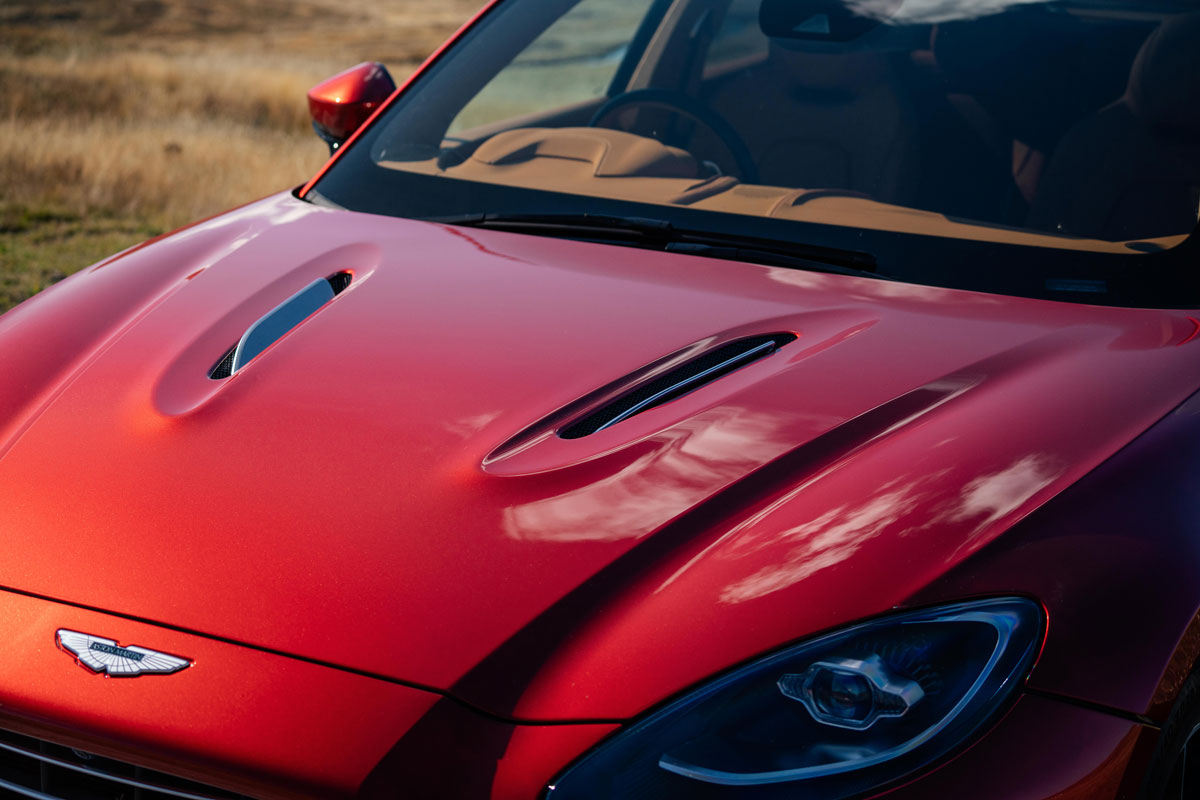 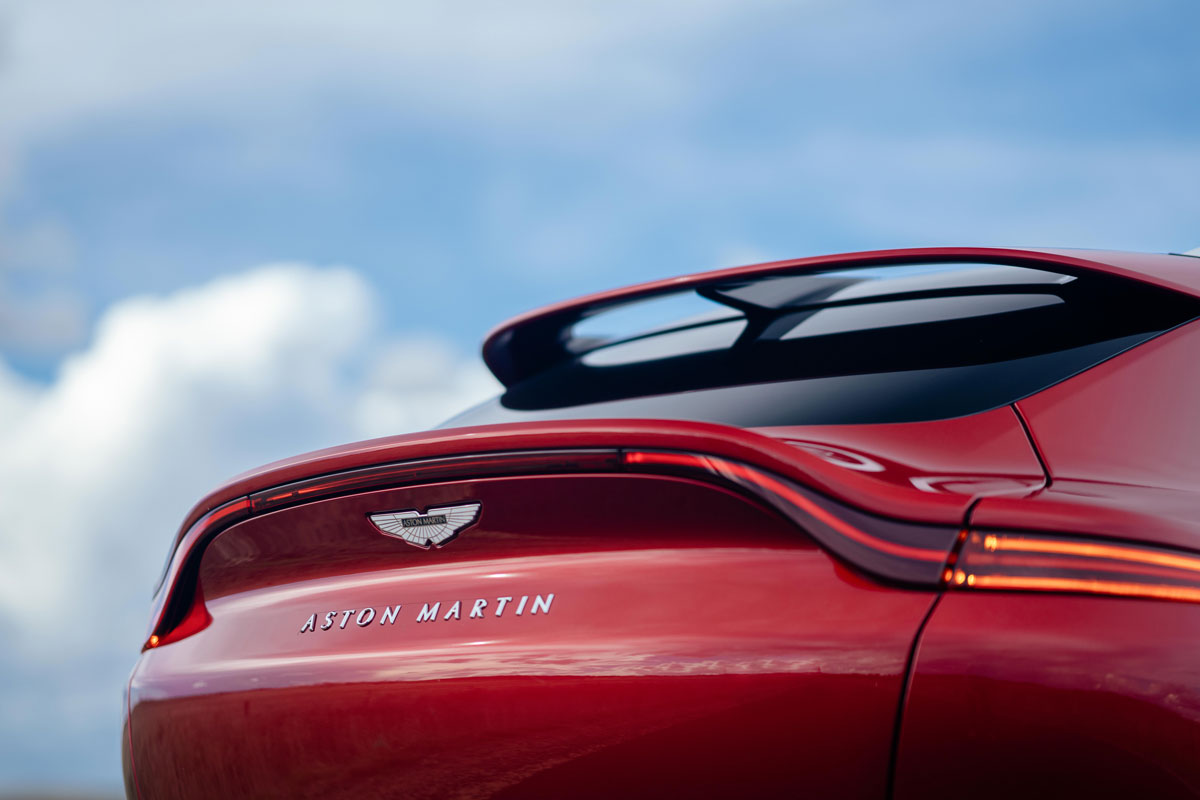 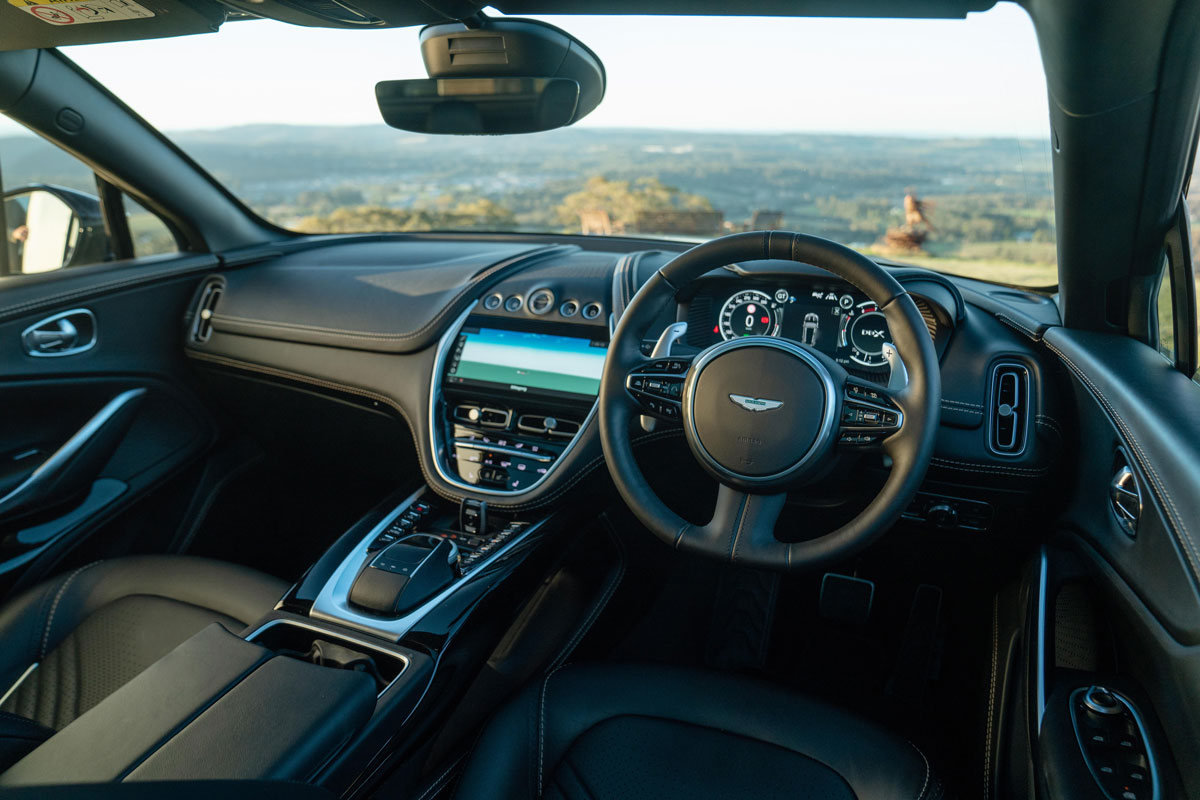 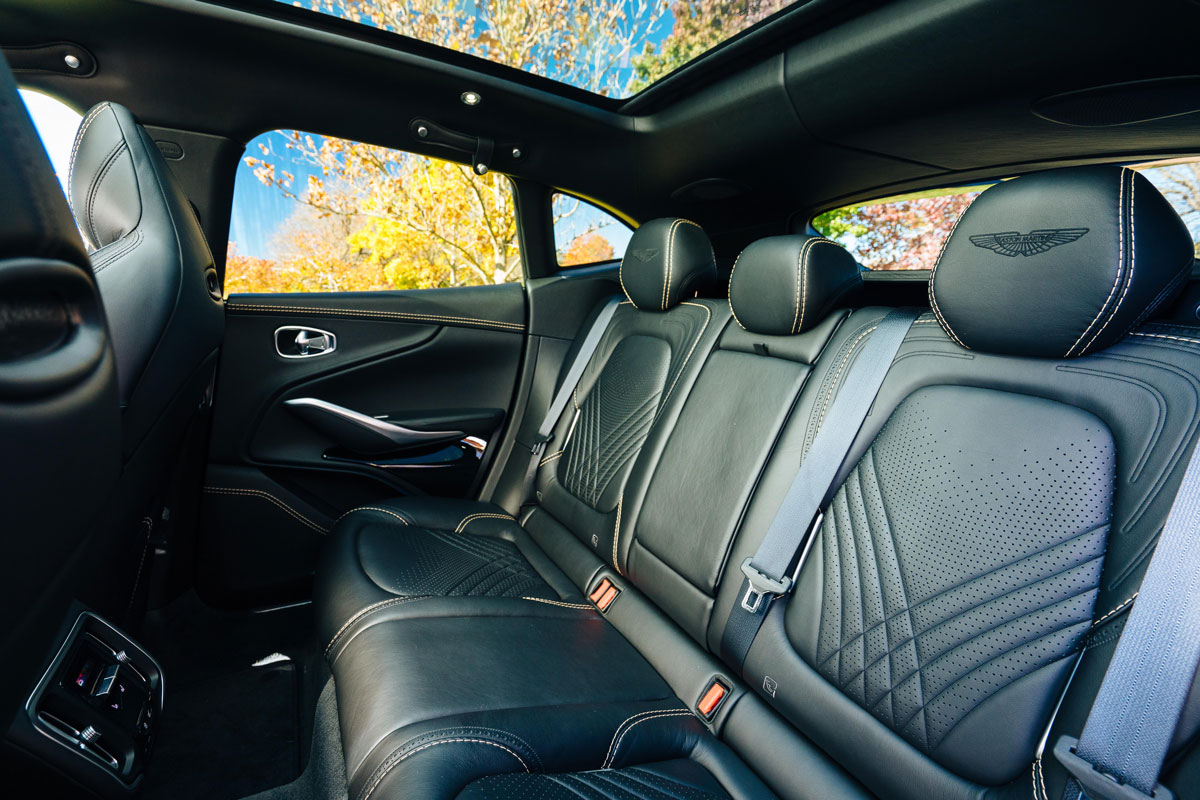 To meet the stringent standards of Aston Martin’s performance criteria, the DBX is constructed through the bonding of aluminium – a production method perfected by Aston Martin to ensure low-weight and high-rigidity properties. This keeps the kerb weight down to 2,245 kilograms while still maintaining maximum luxury cabin space and driving dynamics.

The DBX is powered by a proven 4.0-litre twin-turbocharged V8 from AMG, which is also shared across the DB11 and Vantage models. It will output 404 kilowatts of power and 700 newton metres of torque via a nine-speed automatic gearbox that’s capable of sending 100 per cent of drive to the rear wheels as required. That’s enough to ensure the all-wheel-drive SUV delivers on the performance front with a blistering 0–100-kilometres-per-hour time of 4.5 seconds.

Tweaks have also been made to give the DBX a distinct Aston Martin sound while fuel economy is helped with cylinder deactivation technology. The package is bolstered with adaptive triple volume air suspension paired with the latest electric anti-roll control system (eARC) and electronic adaptive dampers. This set-up allows the DBX to be raised by 45 millimetres or lowered by 50 millimetres depending on the driving conditions. The system can be further programmed to aid with ingress, egress and loading requirements. The adaptive suspension can also be credited for giving the DBX its luxuriously comfortable and dynamic prowess, which actively resists body roll when cornering with intensity.

On the inside the DBX features five full-sized seats – the first Aston Martin model to offer this. These seats are trimmed in full-grain leather and sourced from long-term partner Bridge of Weir. In another industry-first move, both the headlining and electric roof blind are available in a luxurious Alcantara finish. This enables light obscuration and solar attenuation without compromising headroom. The rest of the cabin is highlighted with fine handcrafted details including liberal use of premium metal, glass and wood throughout.

Boot space is bolstered with an impressive 632-litre capacity while its layout can accommodate everything from luggage to golf bags to ski equipment. Custom optional accessories offer a Pet package, which includes a portable washer for muddy dogs after a walk. Alternatively, the Snow package delivers boot warmers for a more extravagant ski trip.

Preparing for the electric future 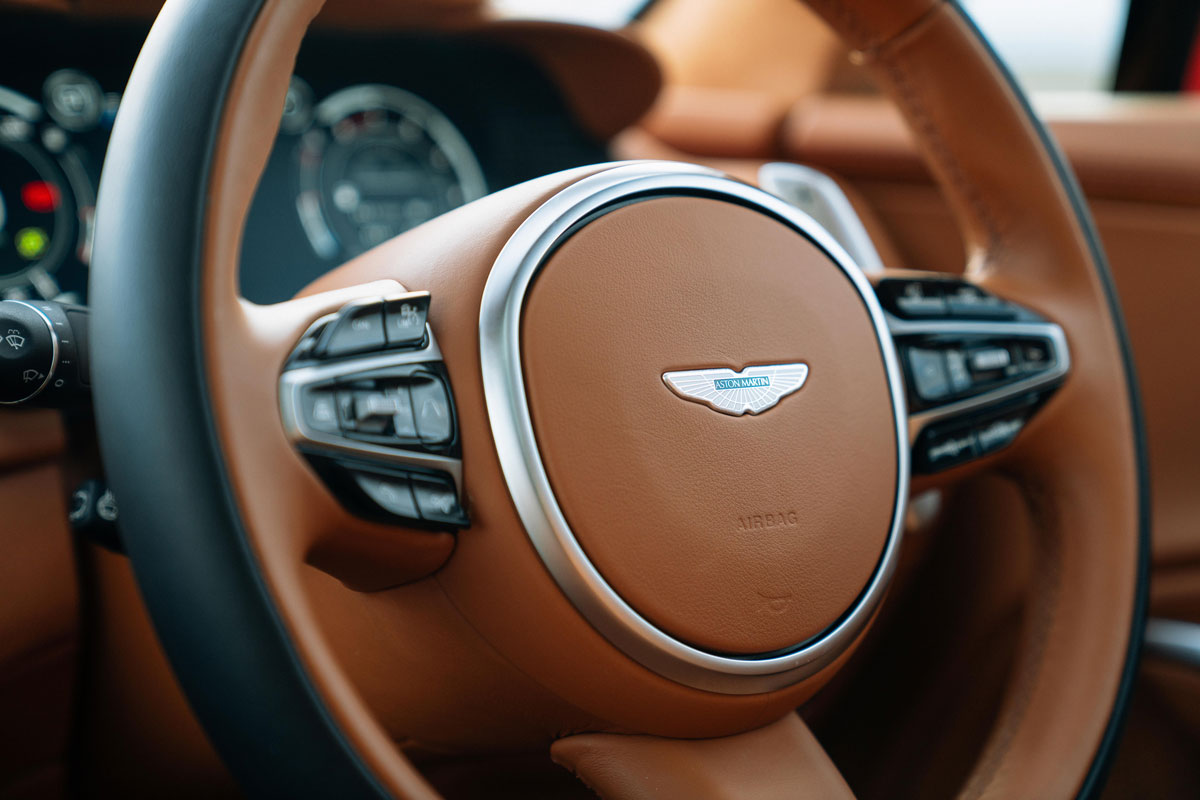 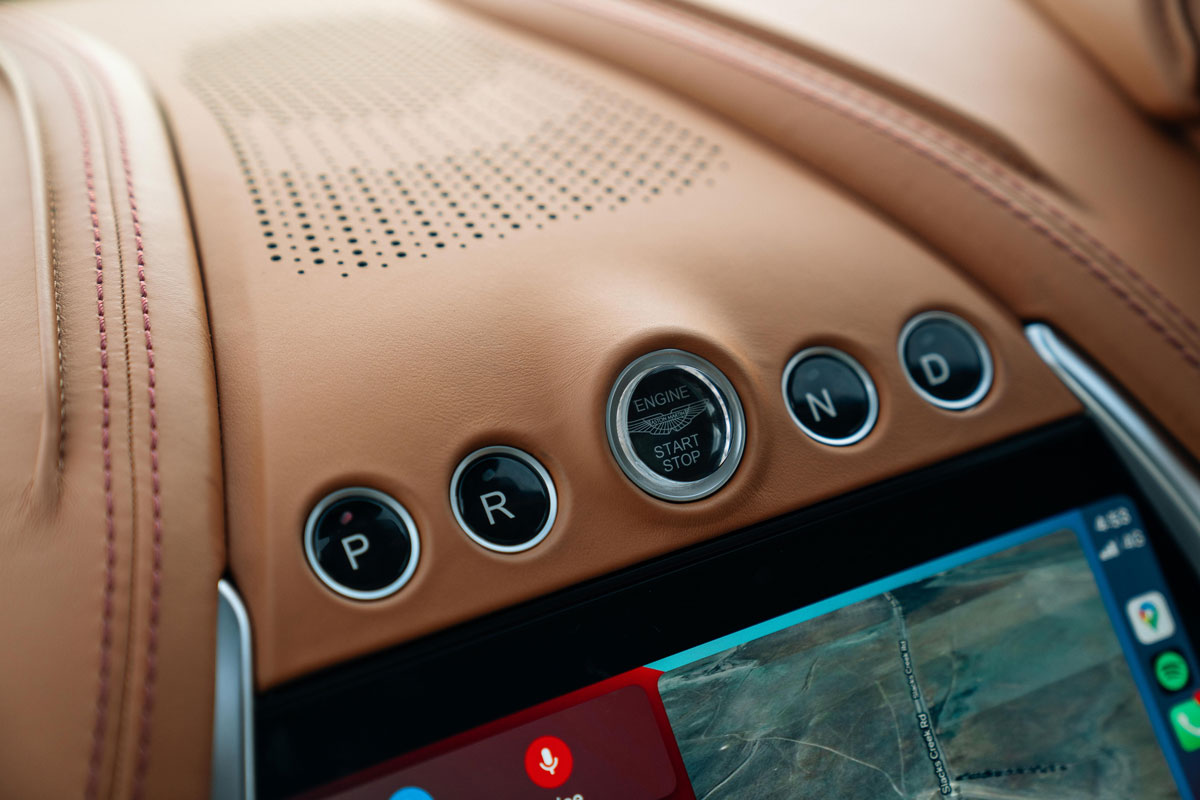 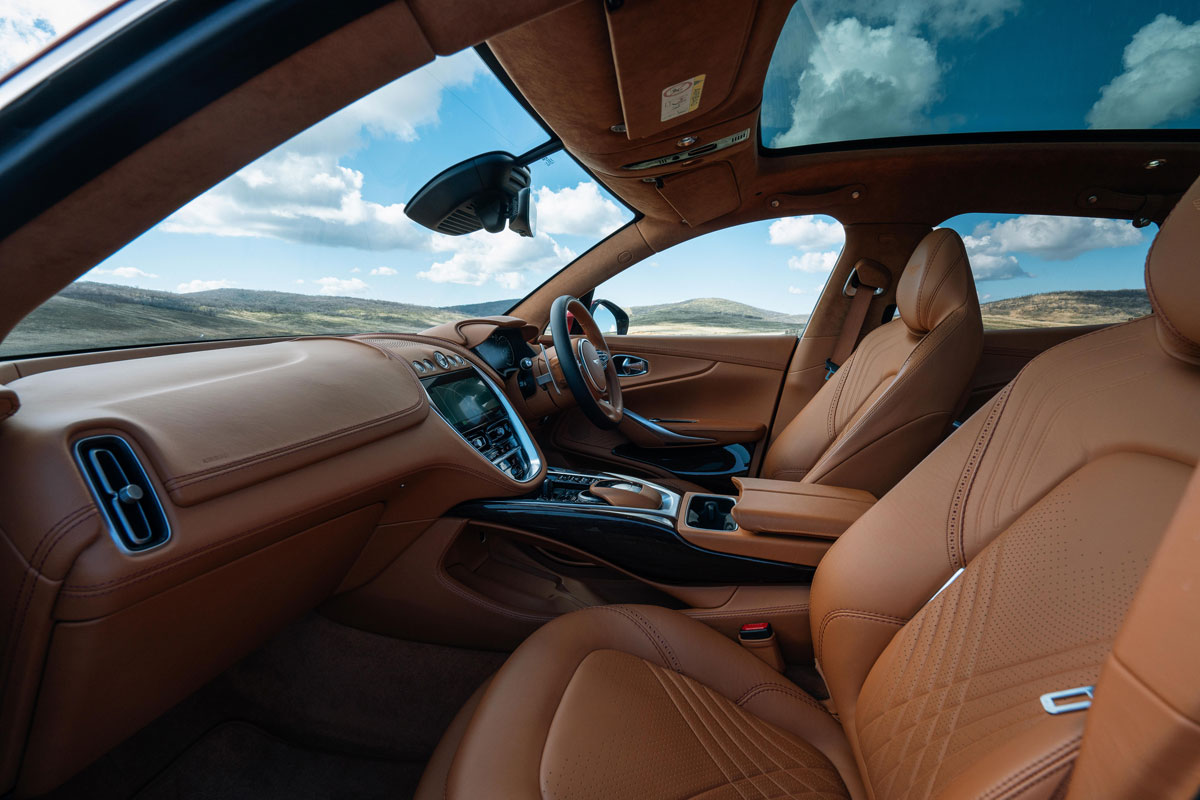 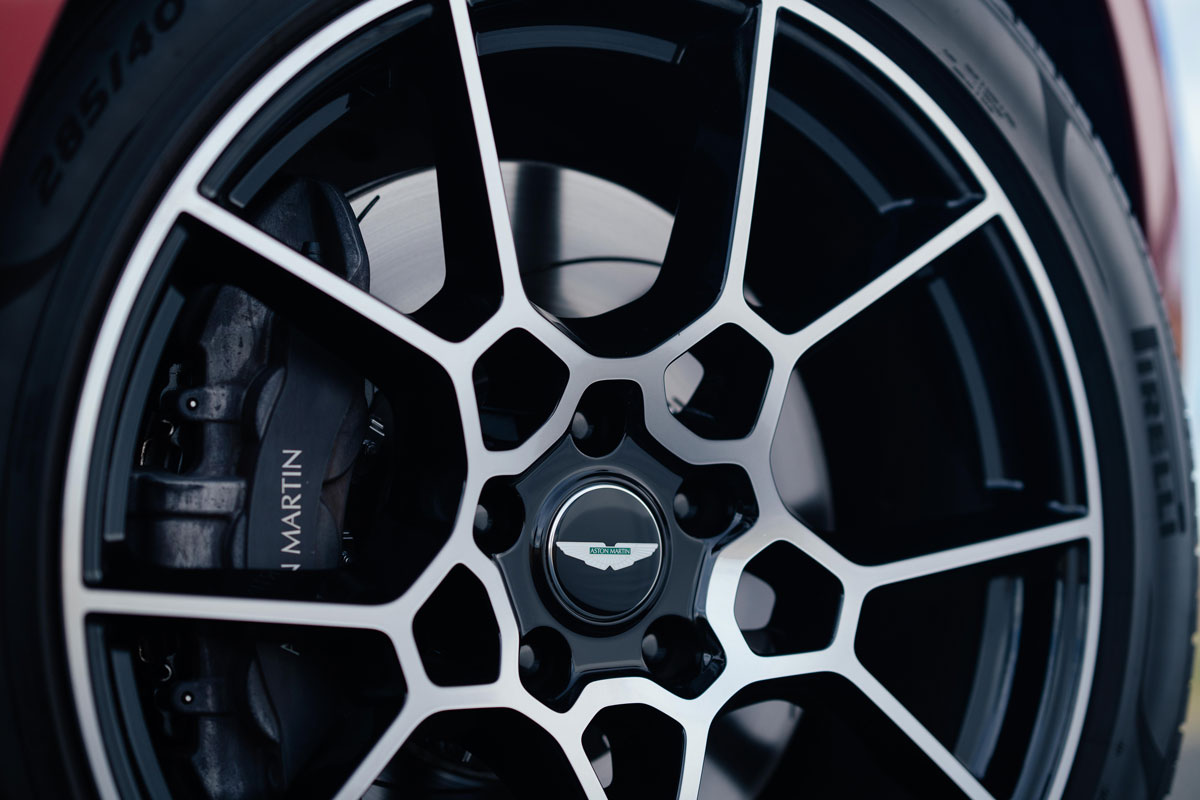 According to Marek Reichman, Aston Martin’s Chief Creative Officer, there’s now a global acceptance for this genre of vehicle.

“I’m a part-time lecturer at Shanghai’s Tongji University and the kids who I teach design to don’t know anything but SUV. They assume the SUV is the car, so the future consumer is changing very much. So it was important to do [the DBX].

“Did we hit the right marks? For sure. Even the hardened traditionalists now agree that it looks like an Aston Martin. What didn’t get there? Wait for the next model year change and we’ll get some of the things we didn’t get in there initially. Soft close doors for instance. I’m not giving everything away.”

“Electrification is very important to us. By 2025 we’ll have the first full battery electric vehicle and by 2030, 90 per cent of all our vehicles will either be plug-in hybrid or fully electrified. And from that you can guess where the DBX will go.”

Read next: Step inside the latest Aston Martin residences in New York City