Marek Reichman shares his design philosophy and vision for the future generation of elegant yet powerful Aston Martins. 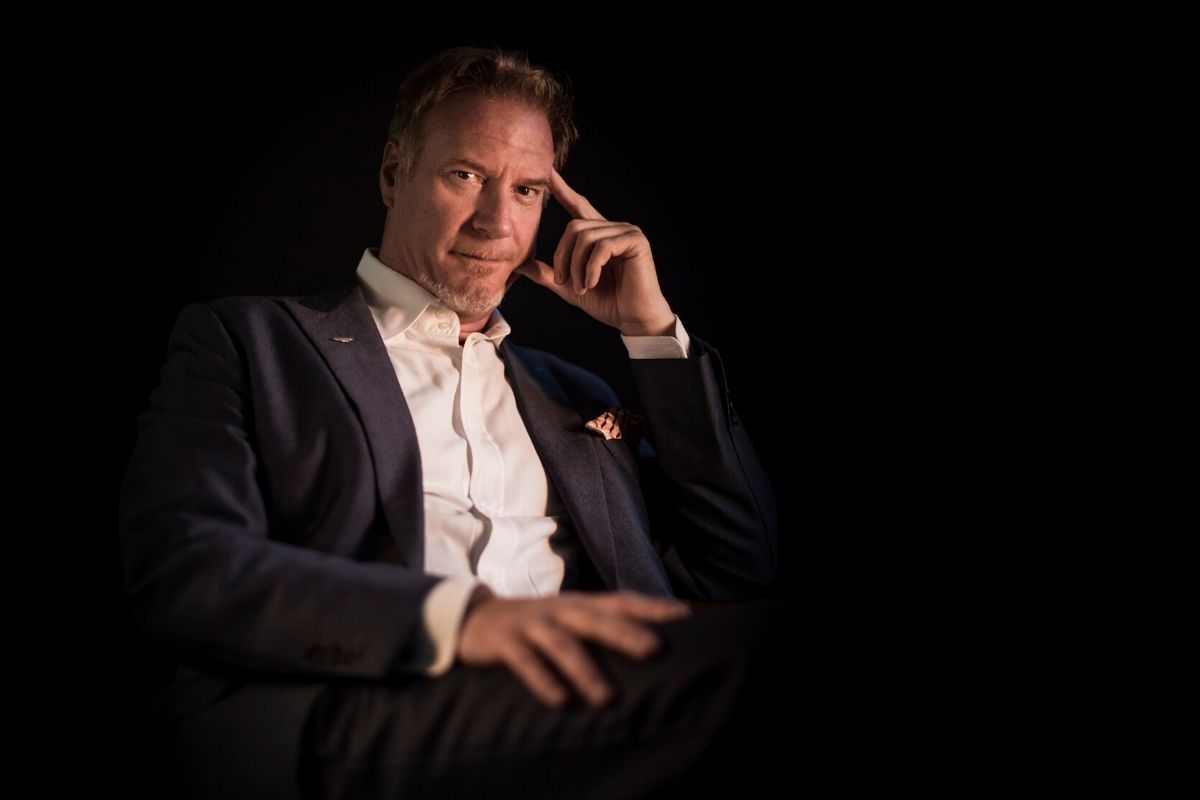 Very few people end up turning their childhood dream into a career.

Marek Reichman, Executive Vice President and Chief Creative Officer of Aston Martin, is one of those few.

Since launching his design career with Rover Cars in 1991, he went on to work for BMW, Ford and Lincoln Mercury before joining Aston Martin in 2005 as Director of Design – and the rest is history. 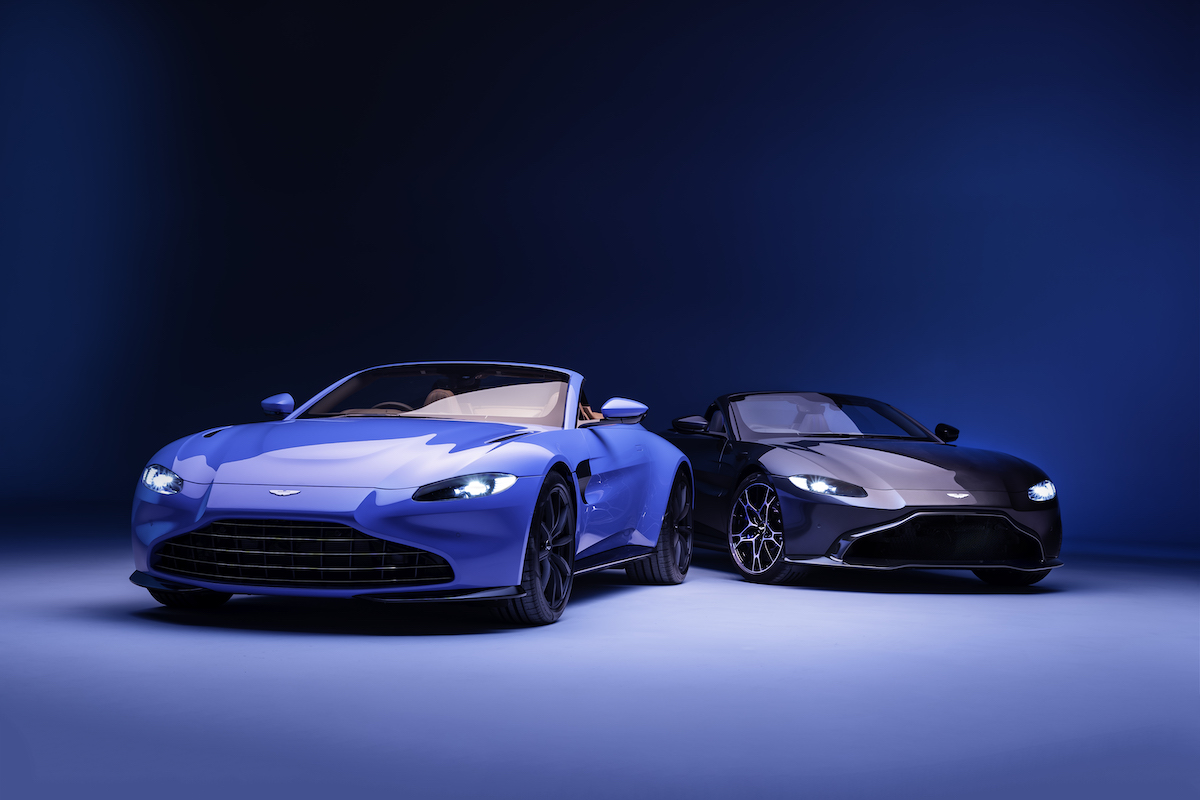 Following the cancellation of the 2020 Geneva Motor Show, Aston Martin hosted a special live stream from its Gaydon headquarters to reveal the new additions to its range.

“The current line-up is the DB11 and the DBS Superleggera, both in Coupe and Volante. We’ve now added a new soft-top Vantage Roadster to the existing Coupe version,” Marek explains.

Aston Martin also revealed the V12 Speedster, a limited-edition car of 88 units that’s set to hit the market in Q1 2021.

“We also showed Valhalla, which follows Valkrie in our line-up of mid-engine cars. Valhalla is the car we developed a brand-new V6 hybridised engine for – and it’ll be our first hybrid power unit.” 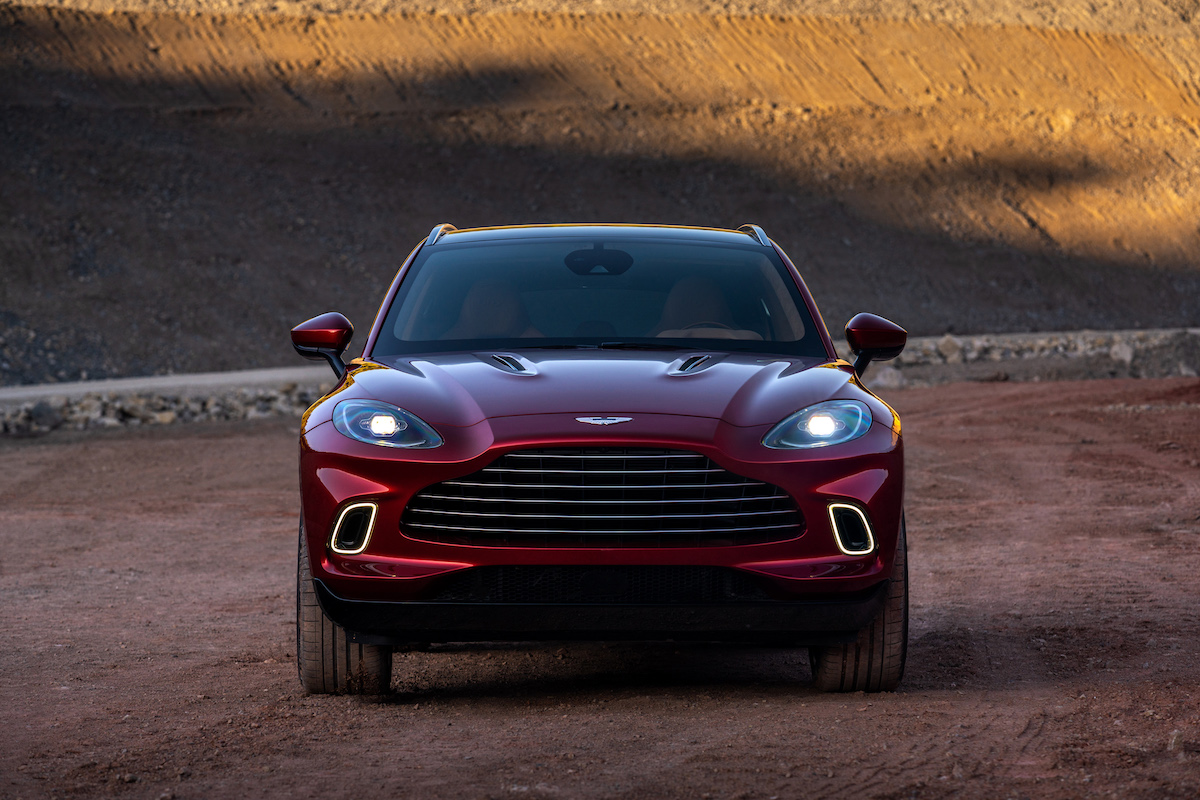 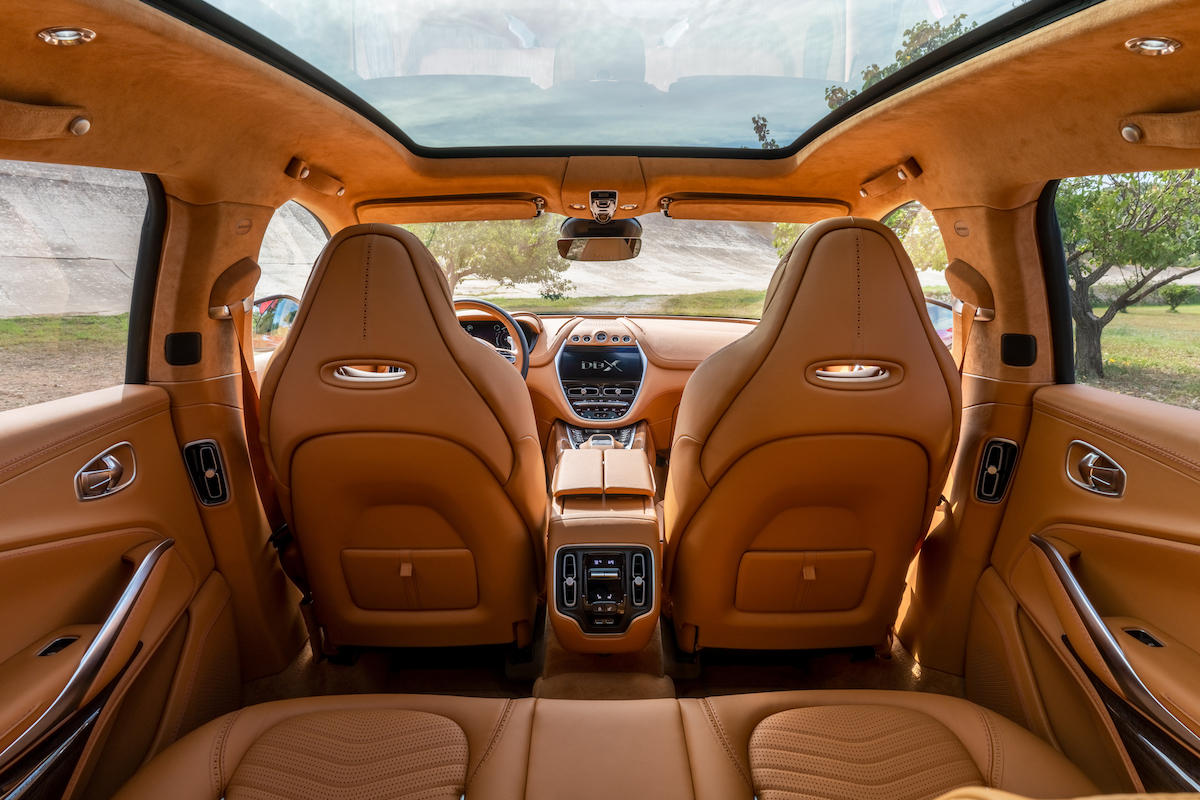 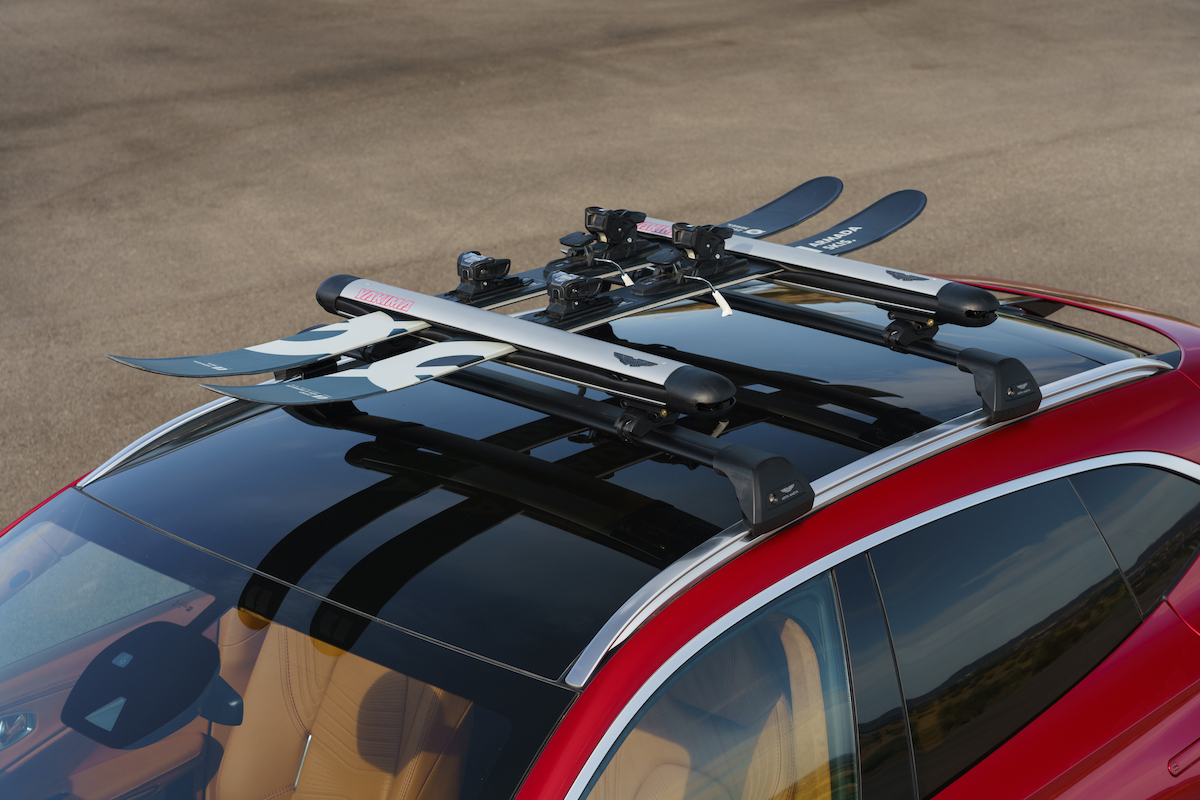 The most anticipated reveal, however, came in the form of the first Q by Aston Martin DBX. Since unveiling the brand’s first SUV to the world in December 2019, Marek has been eager to show the potential for personalisation.

“Through our 107 years, we’ve always had customers come to us to request unique, personalised cars. So, we commercialised that a few years ago by creating Q by Aston Martin, a bespoke service that’s now used by about 15% of our customers,” says Marek.

“They love it because it’s experiential. Customers are involved from the very first sketch all the way through to the final product. That’s the beauty of Q by Aston Martin.

“The challenge with the DBX was always to make sure that we delivered something that was fresh, unique, and very much an Aston Martin.”

Heralded as a new era in the British luxury car maker’s growing portfolio, the DBX aims to offer performance, style and usability in a segment it has never explored.

“The DBX marks the first time we’ve expanded our portfolio outside what we call the traditional front, mid-engined Coupes or GT cars,” Marek explains.

“It’s a significant step towards thinking about our future products and seeing greater expansion into newer markets.”

In a move rarely seen across the sector, Aston Martin built an entire factory in St Athan in Wales dedicated to producing the DBX, hinting at the product’s long-term plans for upgrades.

“When we started the DBX development process, we analysed and examined every other SUV on the market – from a Land Rover Defender to a long-wheelbase Toyota Land Cruiser and everything in between.

“We looked at how everyone else was doing it and we picked the elements that we felt our car should have,” Marek says.

“The result is a car that’s beautiful to drive on-track, on-road and off-road, and it’s a product that already has great acclaim for resetting what SUV actually means.” 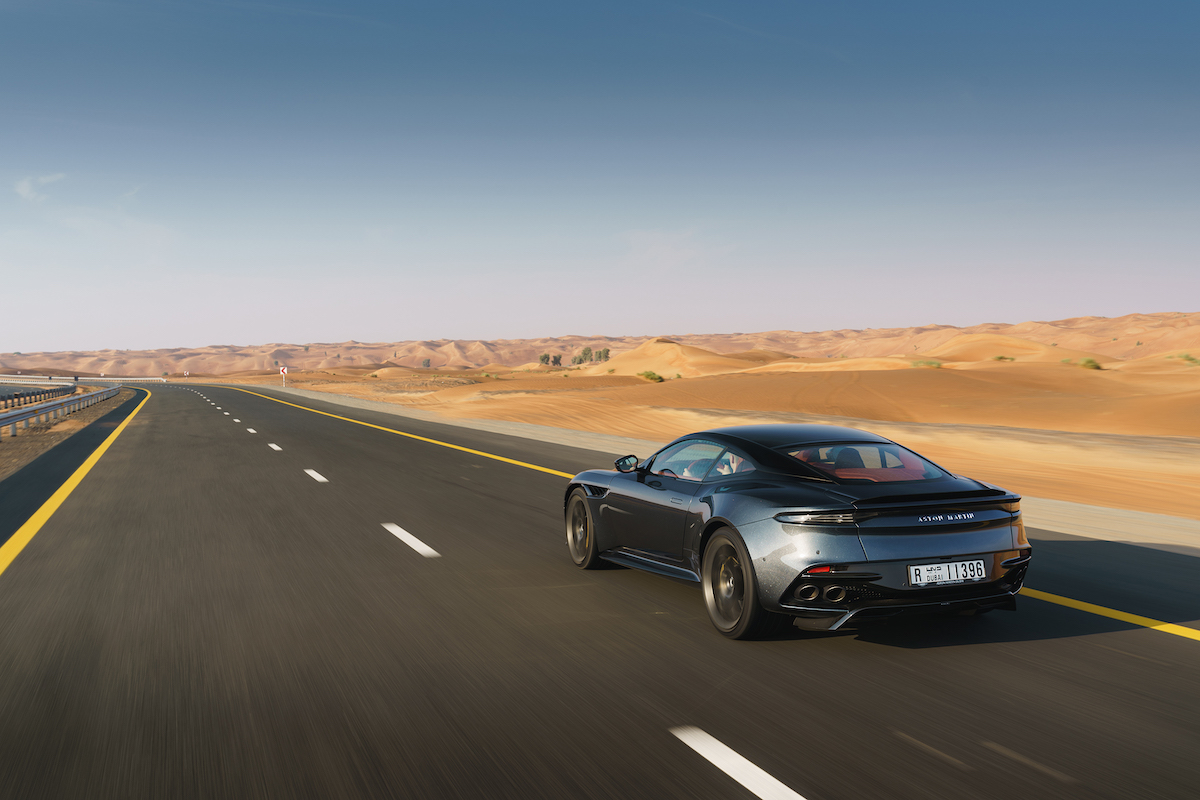 Intrigued and excited by design from a young age, Marek has always been fascinated by how things are made.

“That’s what makes me tick. Whether it’s a piece of fine art, a sculpture, a car, a helicopter, a motorbike or a pair of sunglasses, I want to understand the ‘why’.

“Why was it done that way? What was the process? How could I do it differently?”

“To me, the first part of design is about creating something beautiful, remarkable and dramatic through the simplicity of its function.

“Over the last nearly 16 years, my job at Aston Martin has been to draw out of the company what the true product is all about.

The 1964 James Bond film Goldfinger (pictured above) saw the introduction of a new car for 007, the Aston Martin DB5 – signalling the start of a relationship that now spans 13 films and more than 50 years of cinema history.

In the upcoming instalment, No Time To Die, no fewer than four Aston Martin’s are featured.

“First comes the DB5, then V8 Sedan, DBS Superleggera and finally the Valhalla. It’s a progression through time and it’s a great reflection of the relationship.

“We produce cars that are functional, elegant and powerful – they’re cars that allows James Bond to do his job effectively.”

“They typically come to my studio before they’re about to finalise the script and we take them through the cars we have in our line-up. It’s very much a mutual partnership – not a pay-to-play relationship,” he explains.

Celebrating the 70th anniversary of Vantage 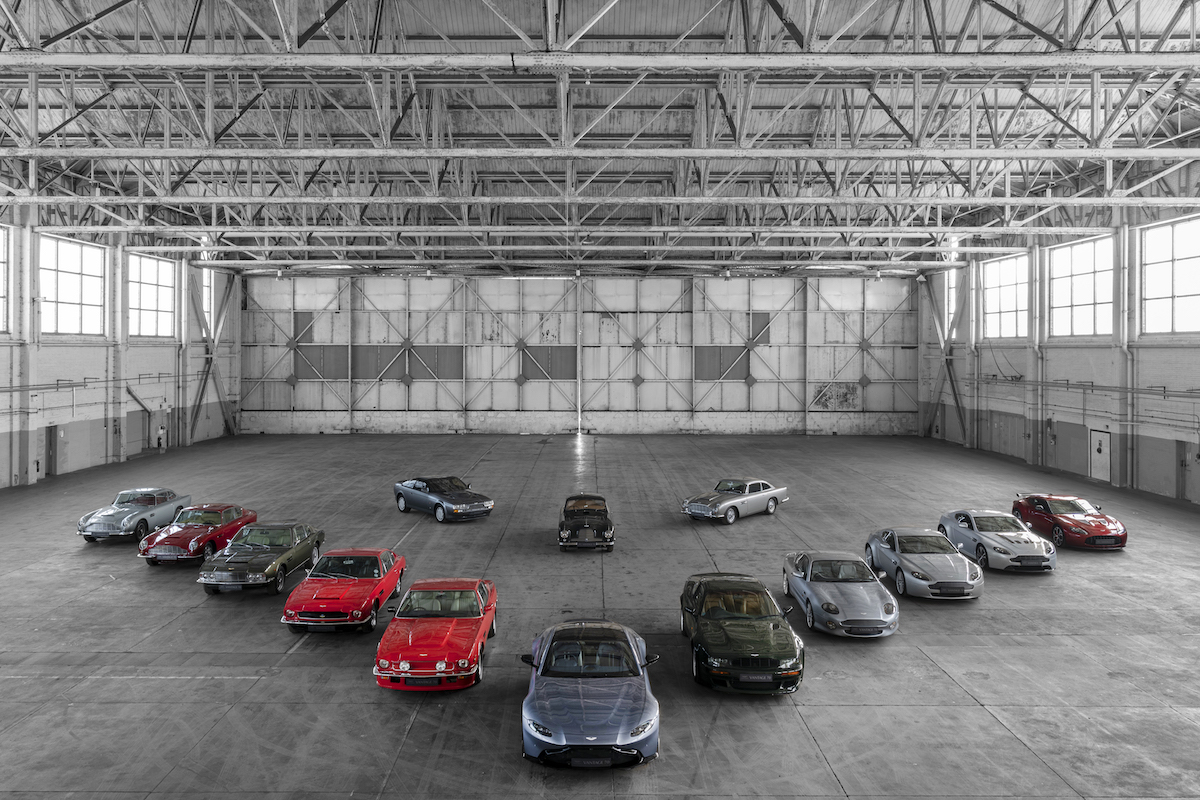 Aston Martin this year celebrates the creation of one of its most famous household names, as the Vantage family of sports cars marks its 70th anniversary.

To date, more than 36,000 cars sporting the Vantage moniker have been produced – that’s one third of all the sports cars ever made by the brand.

“It’s important to understand the ethos of the original Vantage – its power and sporting ethic – and carry that through to the modern-day product,” he says.

“At the end of the day, it’s about simplicity. The current Vantage is our purest and simplest car – and it’s dramatic because of that simplicity.”

As a designer, Marek says that, in many ways, it’s his job to predict what people will find beautiful in the future.

“I’m very progressive in that I design for today and 50 years forward. I always try and push the boundaries of what an object could be while also being cognisant of its history.

“Once you’ve figured out the recipe for success, you have to hold onto it. However, you also can’t allow the recipe to become stale,” he notes.

“You have to keep tweaking and reinventing and evolving it.”