Expectations were high when we took the Audi RS5 Sportback for a test drive and while we knew roughly what to expect, we couldn’t have anticipated the reaction of our passengers. 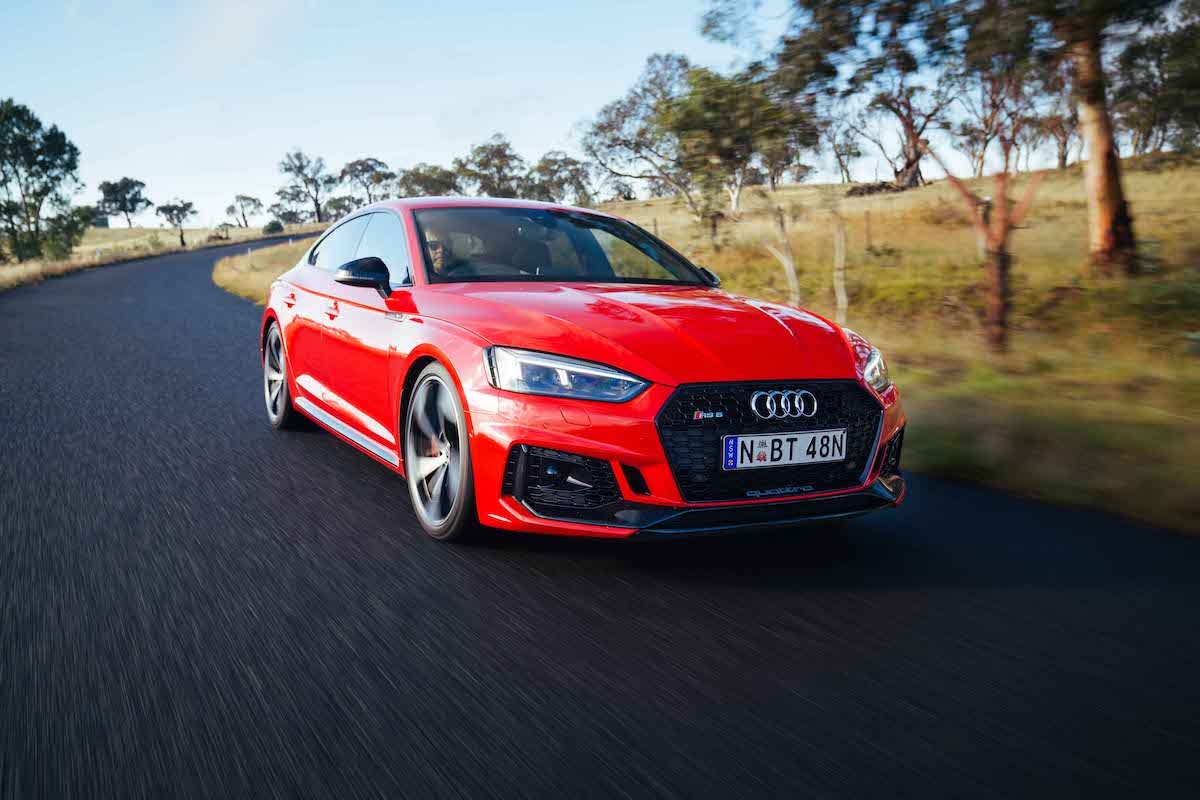 The amount of amusement you can extract from torturing your passenger while driving a fast car, in this case the Audi RS5 Sportback, is not given enough credit, frankly.

In short, there are some things that only very expensive, very powerful cars can do to your friends, at the merest provocation from your right foot, and it is one of the things that makes them so entertaining.

I recently had the pleasure of taking a couple I know on a long drive north of Sydney in the audacious and awesome Audi RS5 Sportback.

For the first two hours, the husband sat in the front seat, regaling his wife with painful stories about how much pleasure he was getting from the massage-function seats, his legroom and the bum-toasters also included in his chair.

Calm and unruffled, his wife declared herself happy with the Audi’s ear-massaging stereo system, its smooth and silent ride quality and the lovely smell of its leather-lashed cabin.

As we neared our destination and approached the turn off to a wonderfully winding section of road known as the Lakes Way, she switched to the front seat, declared herself borderline orgasmic in her appreciation of the seat massage, and then began screaming, mainly in terror. 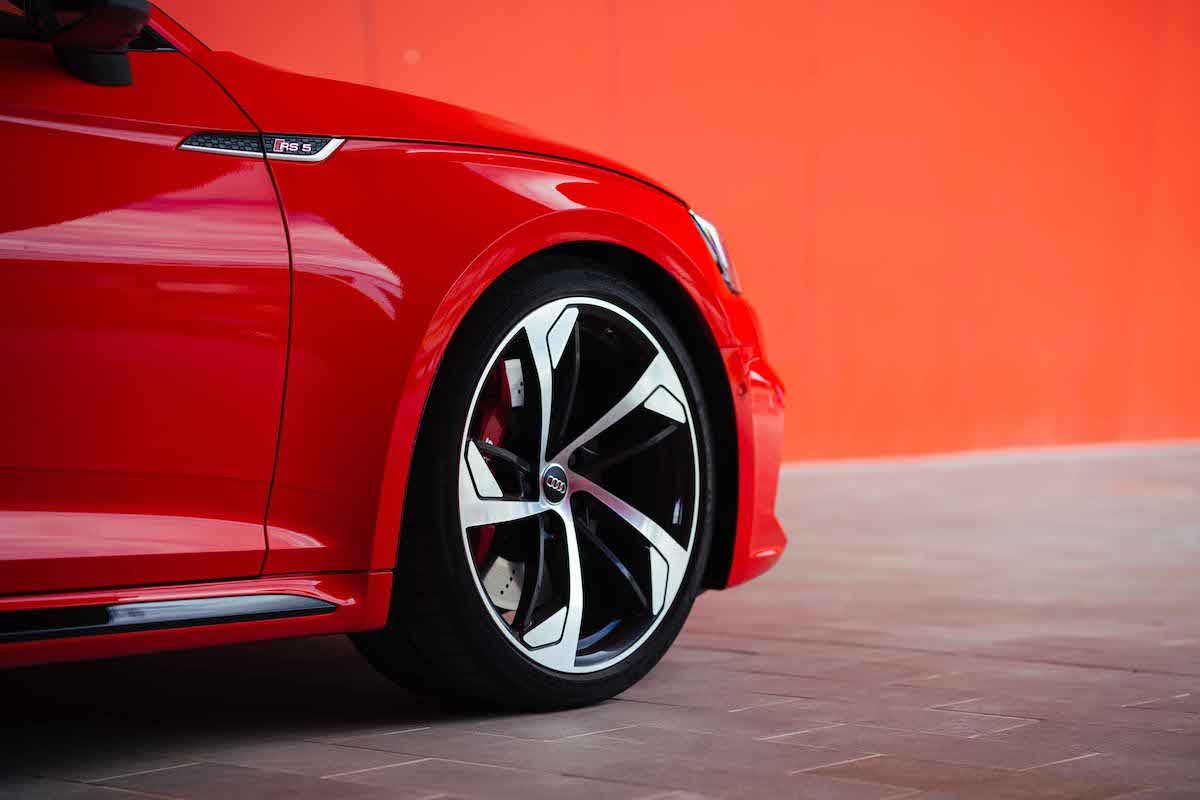 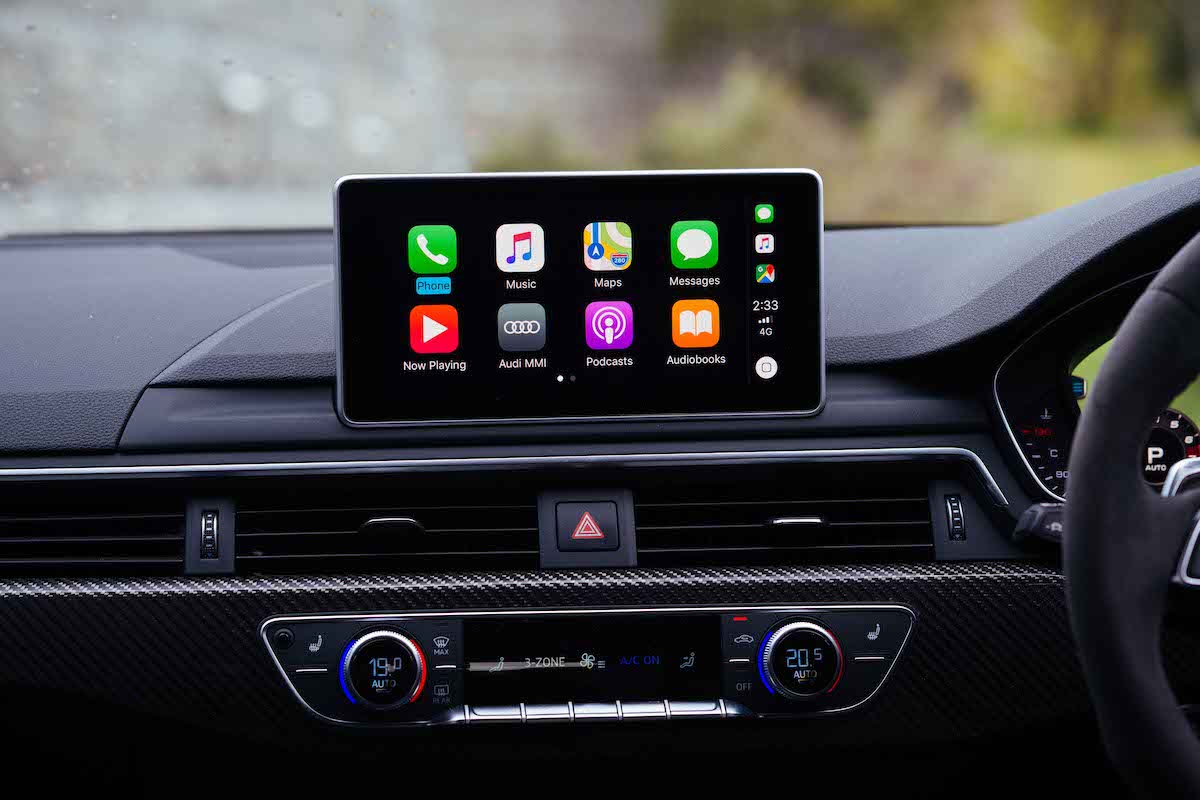 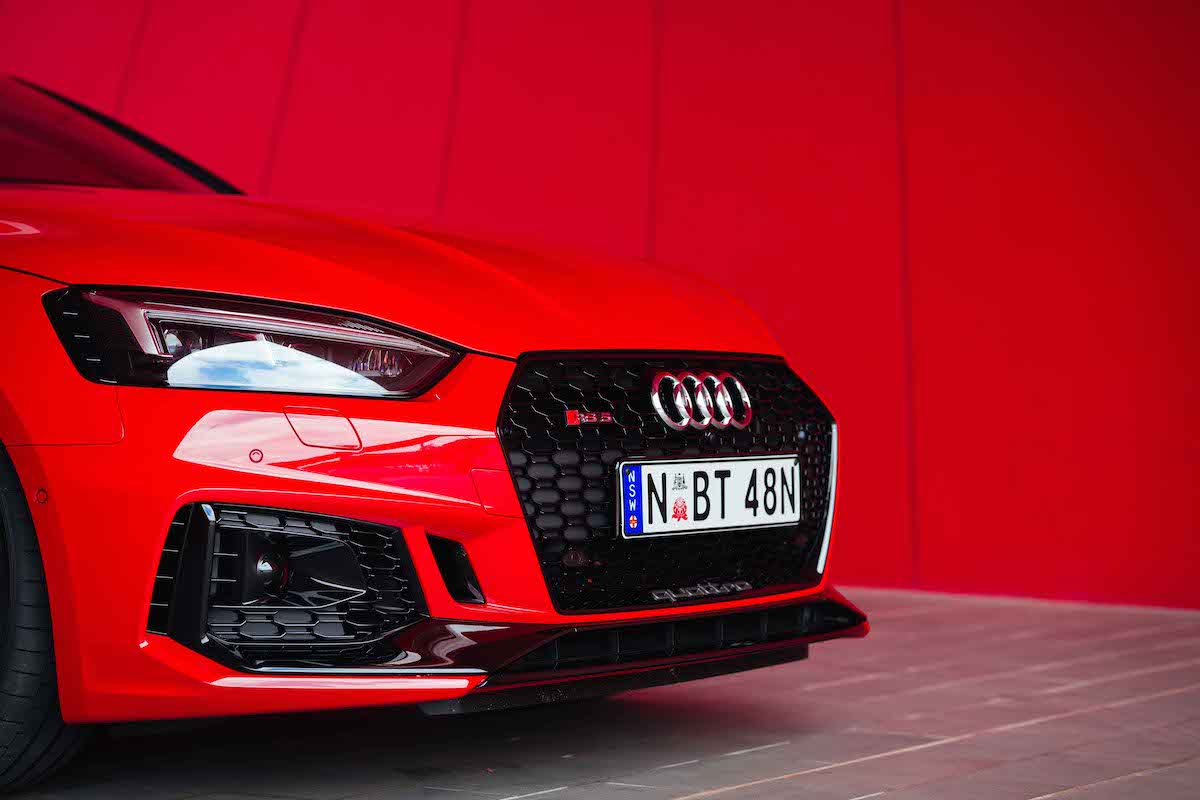 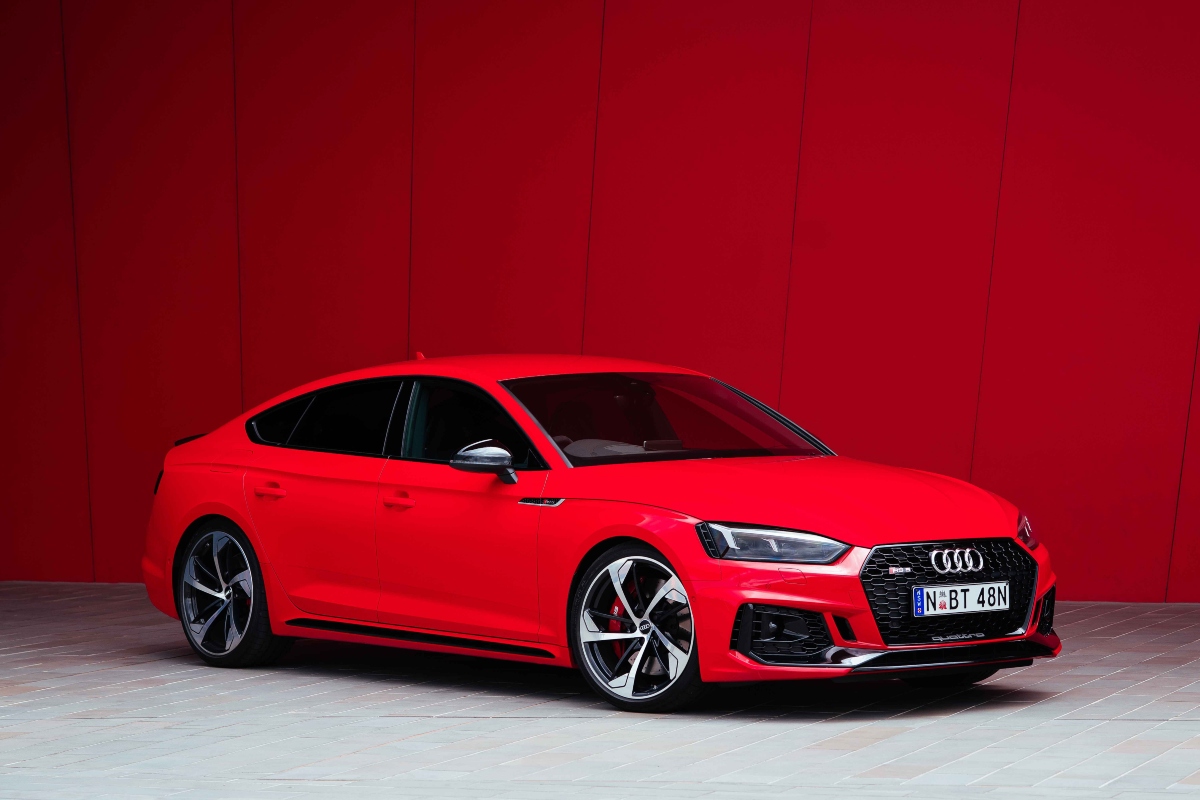 While the Audi RS5 has a very classy Dr Jekyll mode (simply select Comfort from the Active Drive Select menu) and can cruise at our soporific speed limits like a swift sofa all day, its Mr Hyde personality is something else entirely.

Select Dynamic mode and everything changes, for the better. The already chunky feeling, Alcantara-wrapped sporty steering wheel seems to sprout a few muscles, the exhaust gets just a little more shouty (one of the very few failings of the RS5 is that it does not sound nearly as exciting as it actually is, at least from inside, although it sounds better from the kerb) and then everything goes blurry. And, on this occasion, hysterical.

Audi’s RS cars have previously boasted big, brassy V8 engines of many litres and much fanfare, but such things are fast becoming relics in the emissions-aware age.

So, this RS5 gets a mere 2.9-litre engine, a twin-turbo V6, borrowed from Audi’s sexy-sister company Porsche, which lopes along effortlessly on the freeway, occasionally baring its teeth when you need to make a snappy overtake.

It looks fast, but not frightening; impressive, but not anabolic.

But there is a beast lurking within, good for a whopping 331kW and a thick 600Nm, which is enough for a 0 to 100km/h body slam of 3.9 seconds.
Sub-four-second cars really are sniffing the heady air of supercar territory, and this RS5 is right up there, an impressive feat for a vehicle that costs a fairly reasonable A$157,700.

It was those body slams of brutal acceleration that turned my female passenger into something resembling a sound effects machine, attached to the Audi’s throttle.

Merely by kicking the accelerator, I could get her to scream, grab her face with both hands, shout non-words of panic and occasionally cackle with uncontrollable joy.

She later claimed to have enjoyed the experience of dizzying acceleration and wicked mid-corner g-forces, but at the time this was hard to take in, because she would occasionally shout things like “Oh noooo, we’re all going to DIE”.

Realistically there was little chance of this, of course, because the RS5 feels so planted to the road it’s like being pulled in by a magnetic core. 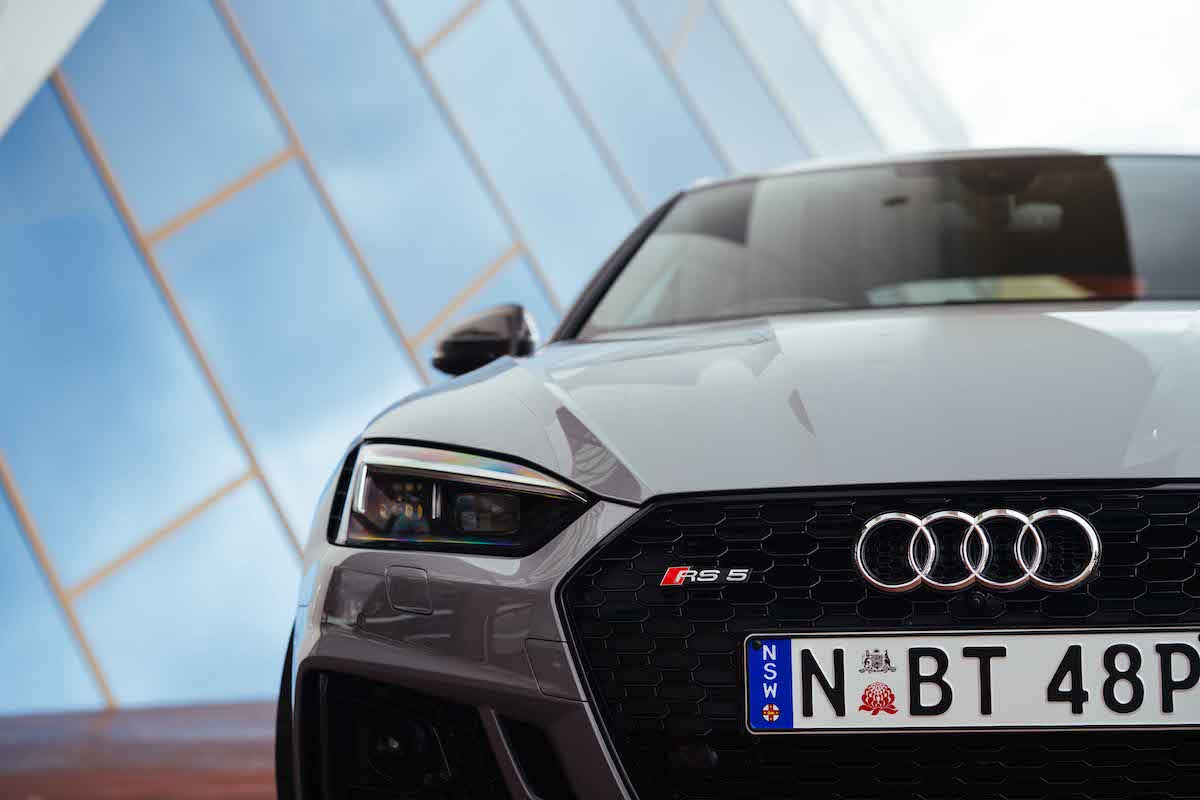 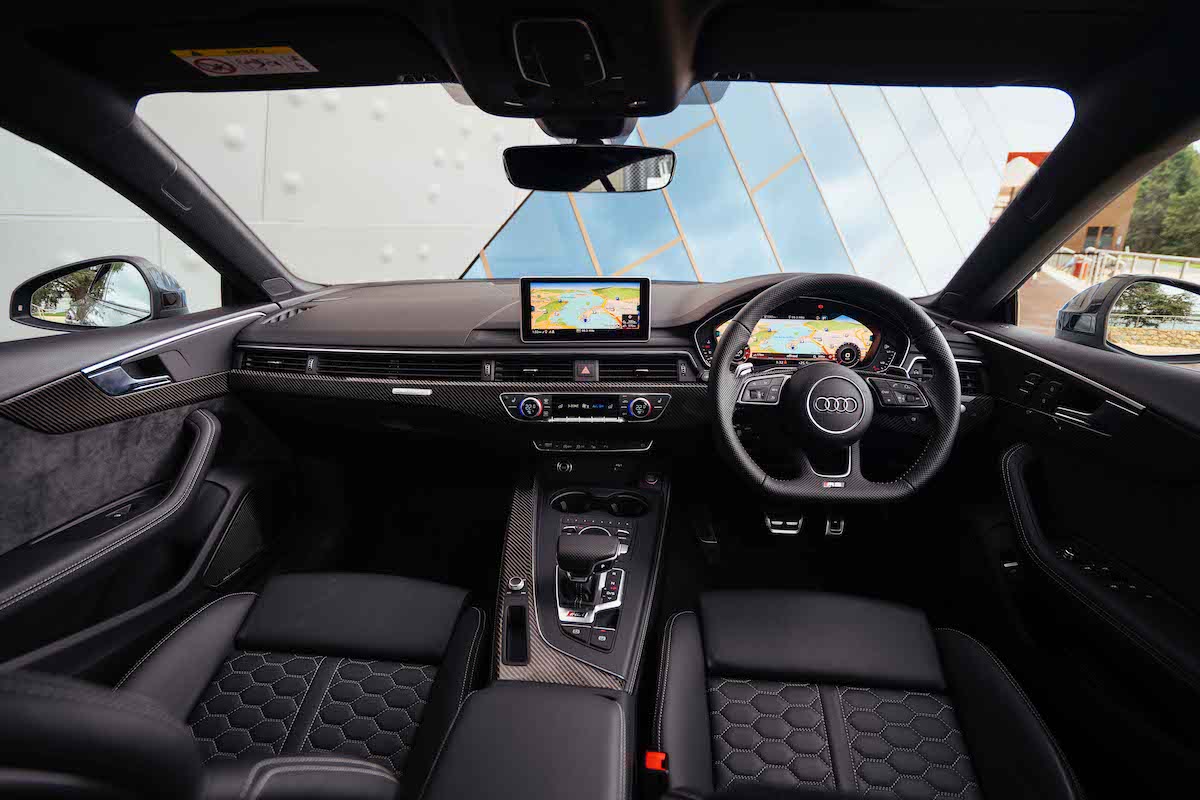 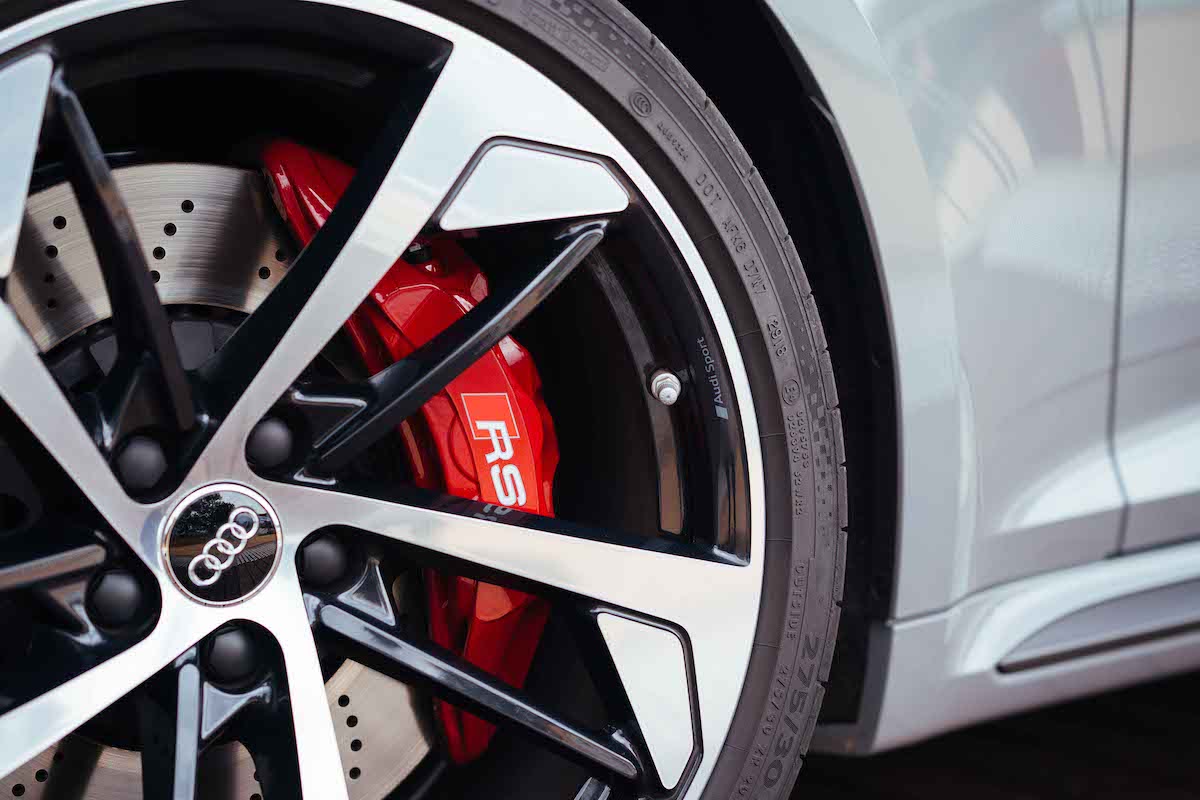 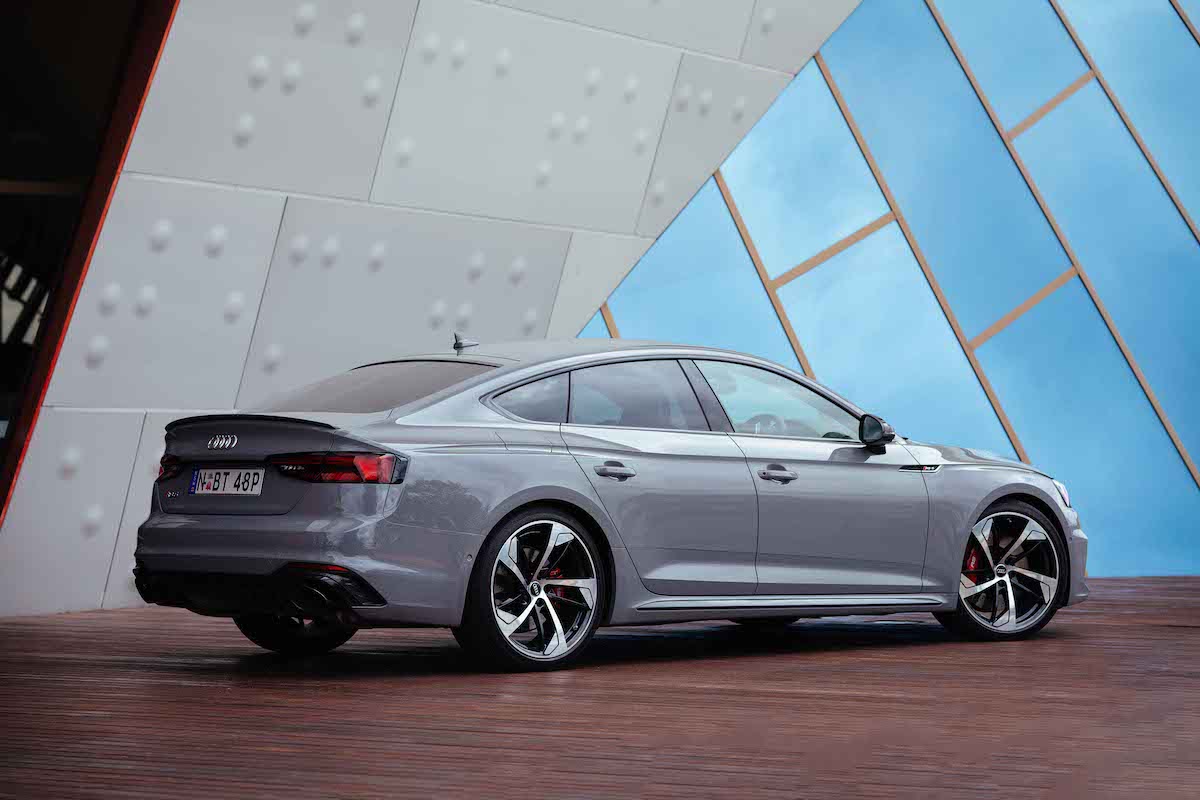 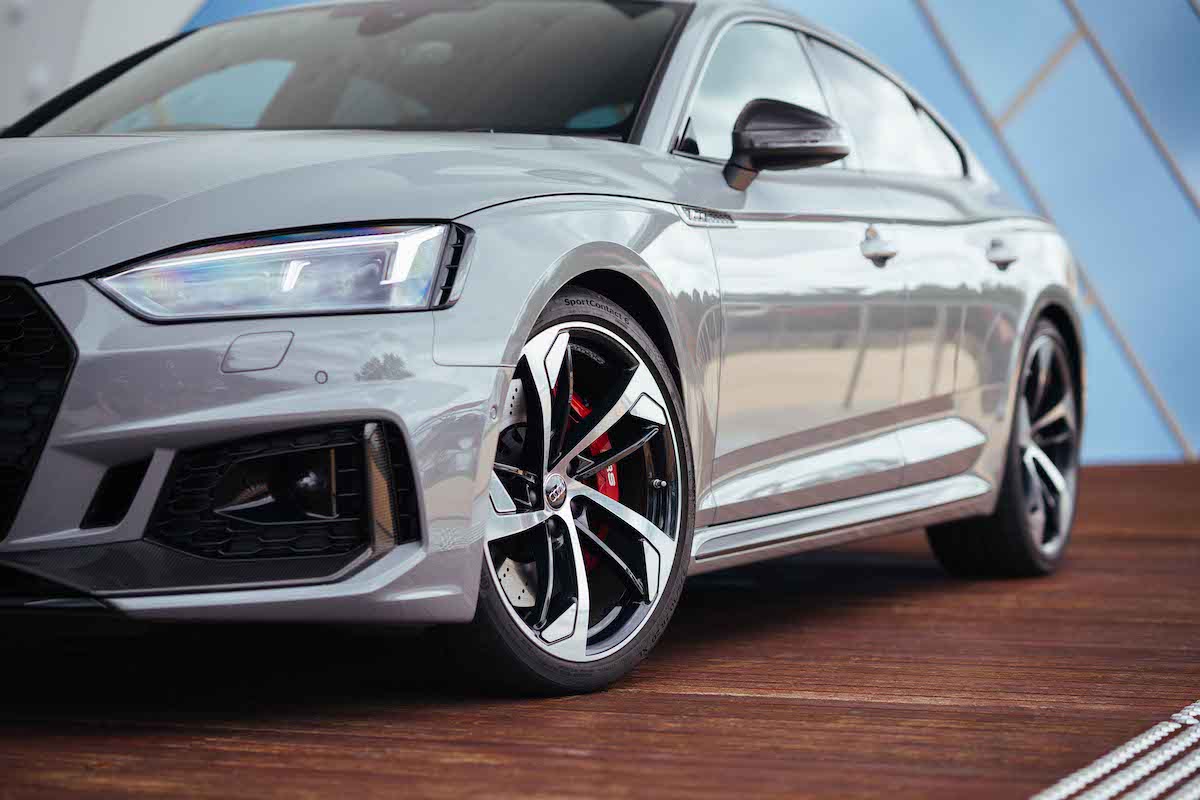 What frightens people who aren’t used to this kind of grip is the feeling that what they’re experiencing is impossible, and sure to end in disaster, but once you get used to it, as a driver, you really do feel encouraged to push the envelope. And then to rip open the envelope and find a speeding ticket inside, quite probably.

Push as hard as you like; the RS5 just seems to suck itself to the Earth beneath you even harder, laughing loudly at your puny attempts to unsettle it.

The brakes are also, fortunately, astonishing, which means you find yourself diving later and later into hairpin bends – greeted each time by more passenger seat-shouting and stamping of the invisible brake pedal in the passenger footwell – and accelerating out again with more and more bravado.

The delightful dual nature of the RS5 Sportback is only added to by its practicality. The semi-hatchback rear end soaks up all your luggage, and sick bags, for a weekend away with ease, and the rear seat is genuinely comfortable enough for a husband to sit at ease as he sneakily videos his wife’s reaction to the driving experience for later enjoyment (look out for it on YouTube).

While the RS badge on any Audi represents the company’s ultimate performance efforts, and the application of plenty of track-proven technology, in the past it has not always been any guarantee of beauty.

RS Audis have often looked like gym junkies on wheels; all pumped out guards, severe lines and bulging bonnets, but the RS5 is a move in the right direction in terms of styling. It looks fast, but not frightening; impressive, but not anabolic.

Driving it, even without a petrified passenger on board, is a deeply rewarding experience, and a classy one, thanks to that sexy steering wheel, and the tissue-caressing massage seats.

The only mild criticism I could find is that it’s almost too easy to drive, in some ways. An all-wheel-drive car like this, with so much grip and such a rock-solid, concrete-hard chassis, feels so effortless in corners that it’s like you barely have to try at all.

It’s still serious fun, of course, but it’s hard to escape the sneaking suspicion that you’d be having even more fun in a rear-wheel-drive car with similar amounts of superfluous power, because it would just feel more alive in your hands.

This really would be splitting hairs, of course, and my friends – who are now Audi devotees and would buy the RS5 tomorrow, after their extended test non-drive – won’t hear a word against it.

Read next: You can experience Lexus’ first ever luxury yacht – but it’s not cheap