BMW debuts its most powerful car you can own today

The iconic business saloon from the Bavarian automaker receives a serious upgrade to sharpen its credentials from formidable road car to track warrior. 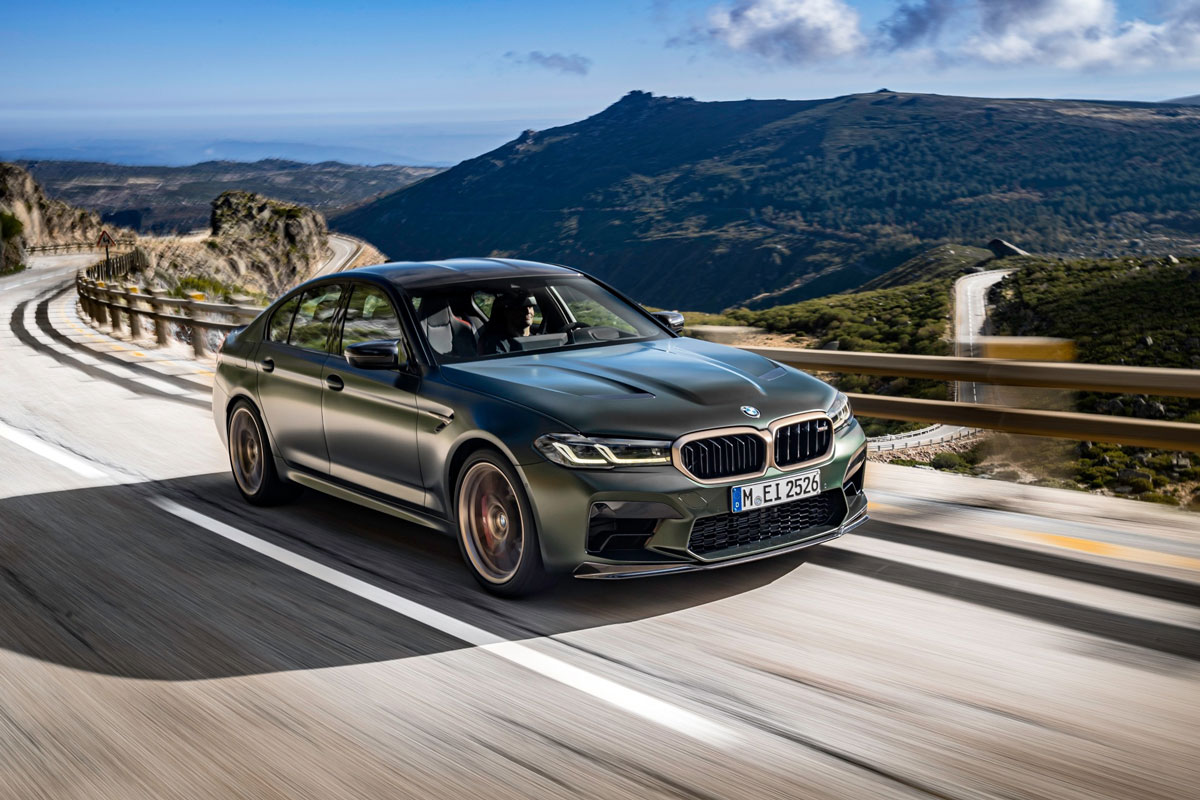 The BMW 5 Series sedan has worn many hats for generations of owners. An elegant and spacious family mover. A luxurious business tool. A flagship sports model in M trim. And now it has stepped up to take the crown as the marque’s most powerful road car ever built.

The BMW M5 CS is the latest powerhouse sports model to join the 5 Series line-up and at its core is unrelenting performance derived from a 4.4-litre twin-turbo V8 engine capable of delivering 467 kilowatts of power and 750 newton metres of torque to all four wheels. Those figures are enough to see the big sedan move from zero to 100 kilometres an hour in three seconds.

Of course, power is rudimentary without harnessing handling prowess and driver feel. BMW’s engineers managed to strip away 70 kilograms from the car’s weight while retuning the suspension for more performance and grip. The handling is further helped by the CS model’s exclusive lightweight construction and design components throughout. This includes a carbon-fibre roof, bonnet, diffuser, front spoiler and more. Attention was even given to the four seats, which now sees aggressive carbon-backed items for the front passengers alongside bucket seats for rear occupants.

Helping to wipe off the speed comes in the form of BMW’s M Carbon ceramic brakes – an exotic addition that lends itself to better agility, dynamics acceleration. It is nicely matched to a set of gold bronze 20-inch lightweight alloy wheels. 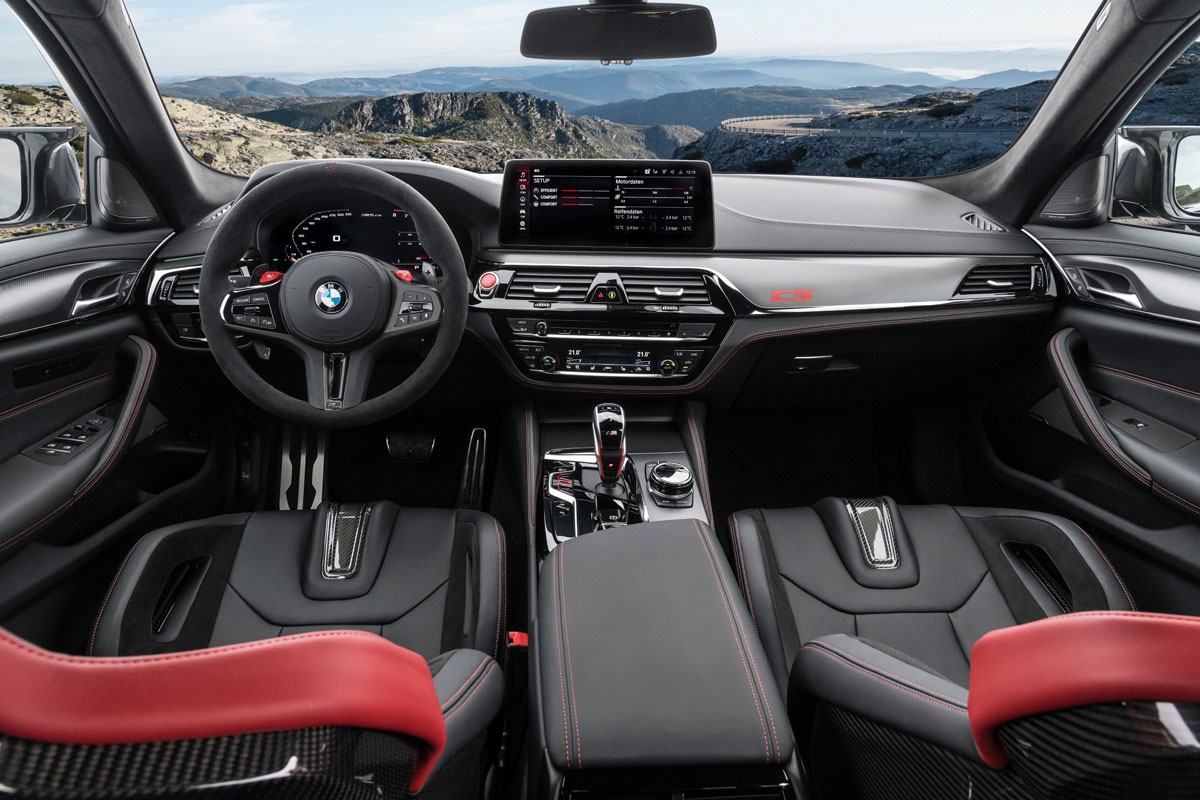 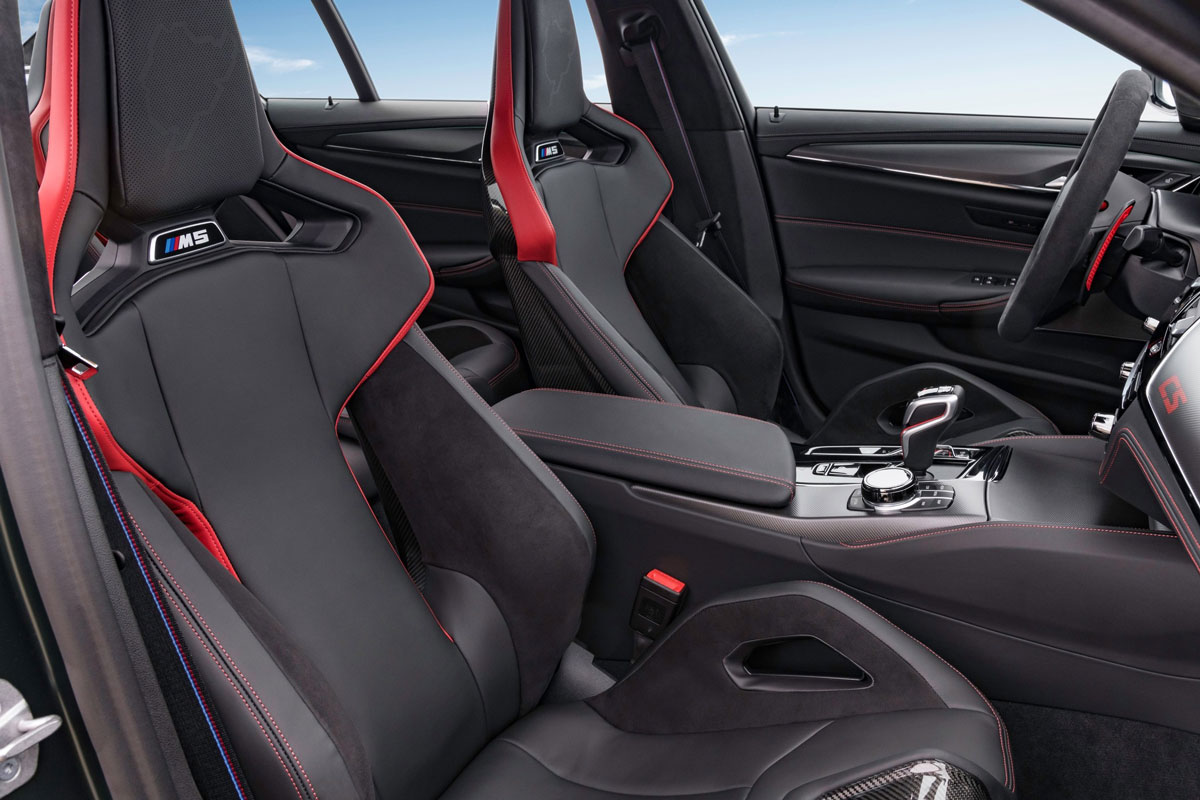 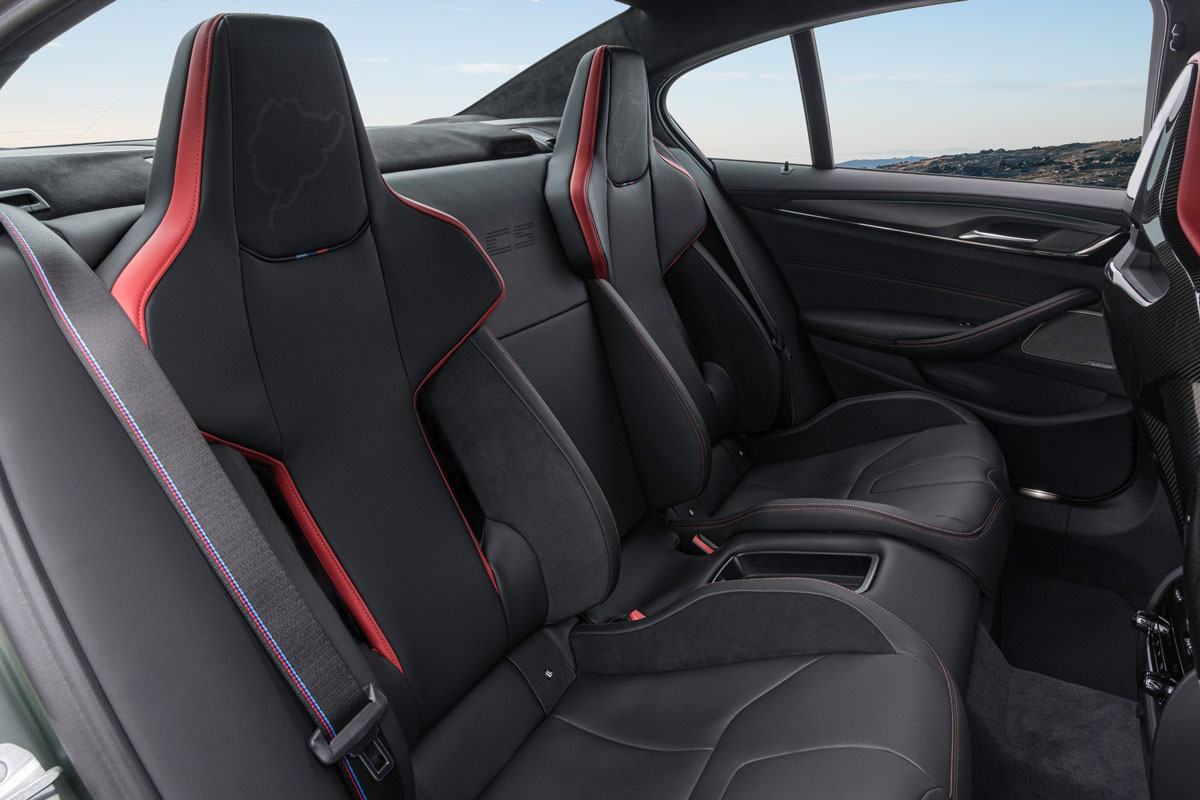 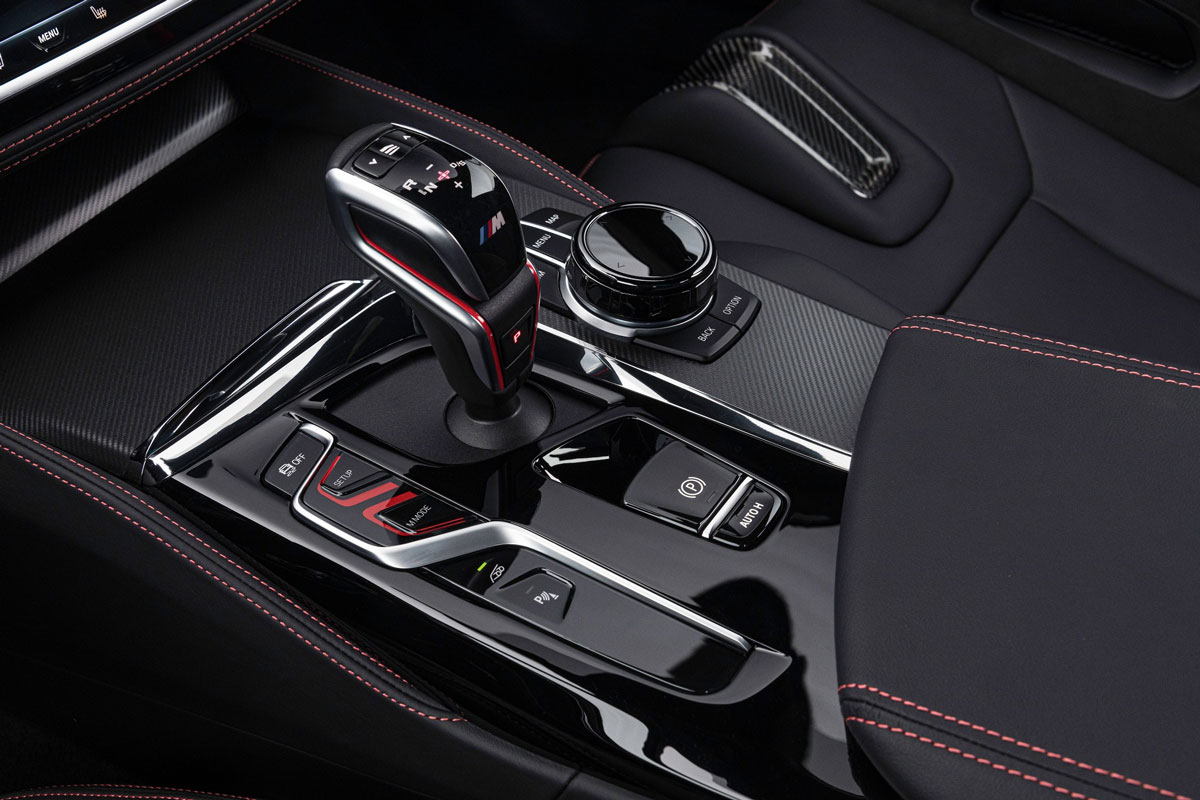 Given that the car still has to showcase BMW’s signature premium design, the interior is where owners will find a high level of pared back luxury for a refined racer aesthetic.

Fine-grain black Merino leather wrap the front seats with Mugello Red stitching, Nurburgring insignia and illuminated M5 logos for a striking cockpit. The steering wheel is wrapped in Alcantara and paired with carbon-fibre paddle shifts for a premium racing touch. The attention to detail even extends to a fixed lightweight cover on the centre console, which replaces the usual armrest with an opening lid.

M5 CS drivers can enjoy three modes: Road, Sport and Track. The first mode sees all safety settings activated while the xDrive system is set to its most docile for daily driving duties. Turn it up a notch to Sport mode and the car sharpens up by turning off some safety systems while the gauges and car diagnostics switch to performance view. Track mode is where all safety settings are switched off with the car’s control left entirely to the driver to exploit. Even the speakers and central iDrive screen are temporarily switched off with information rerouted to the windscreen’s head-up display so that all the attention is focused on the twisting road ahead. 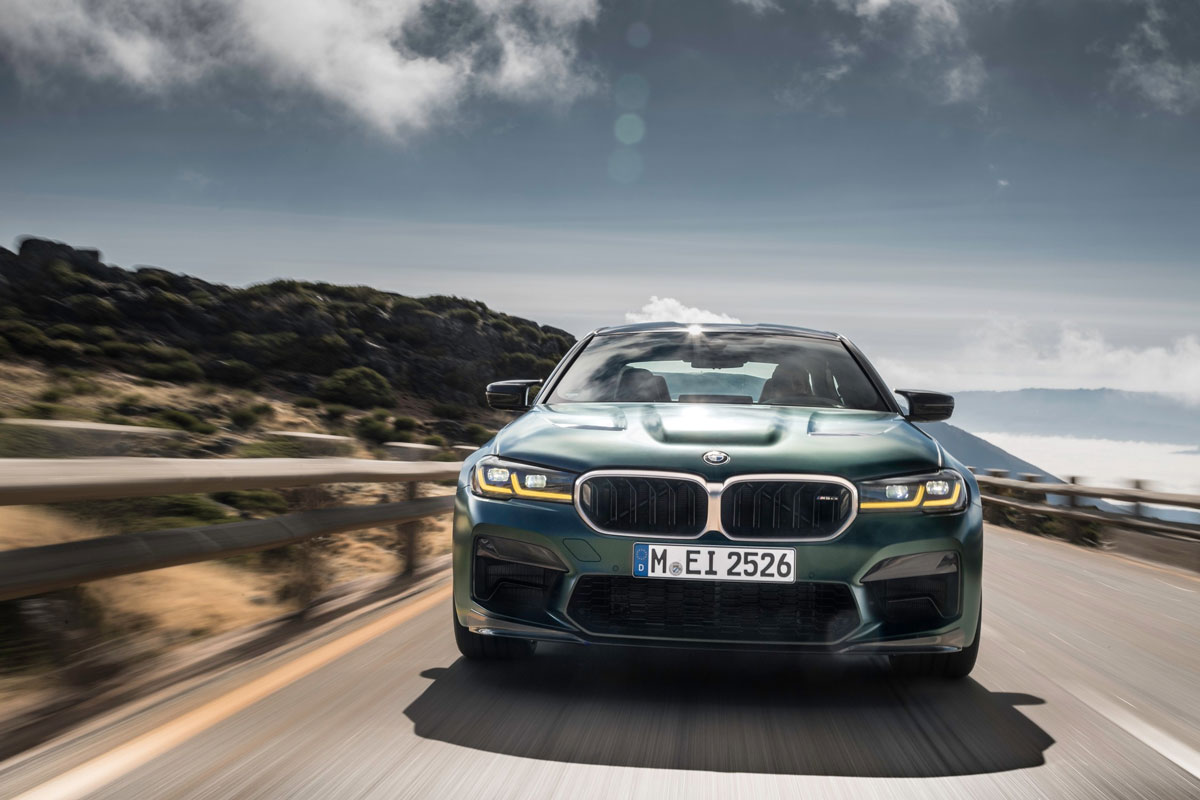 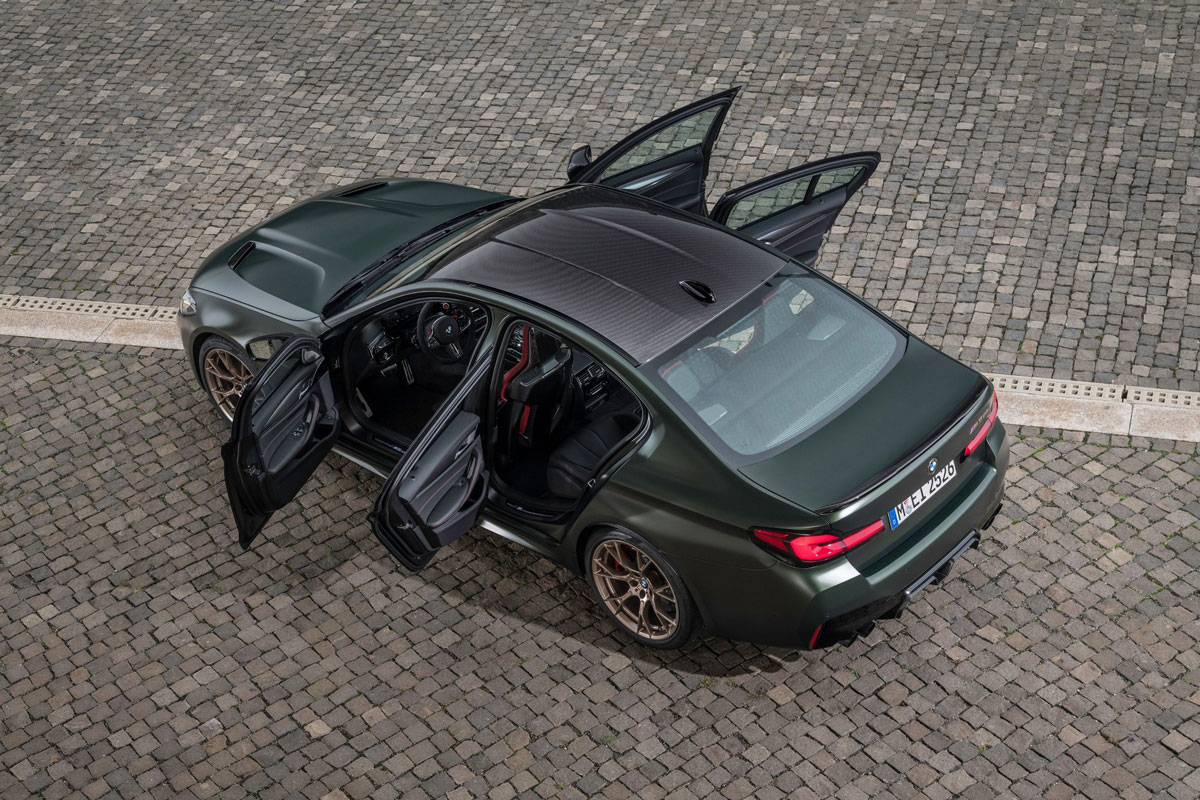 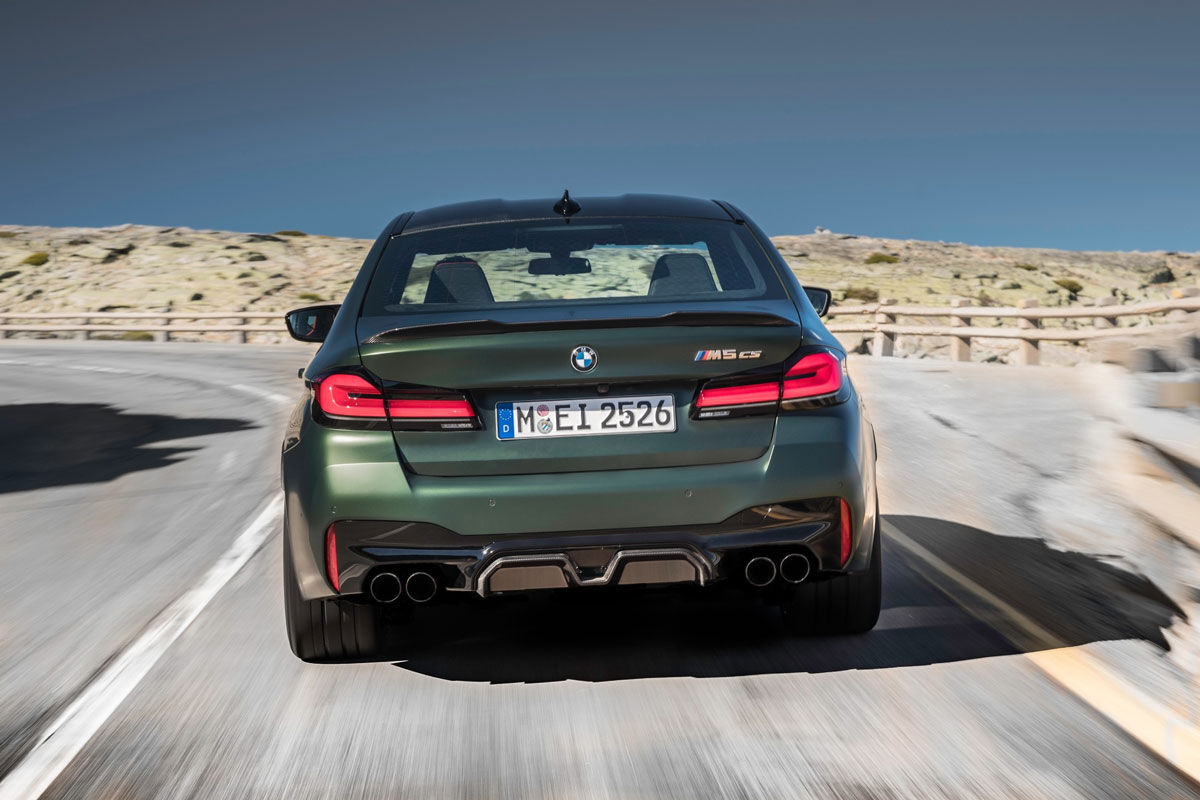 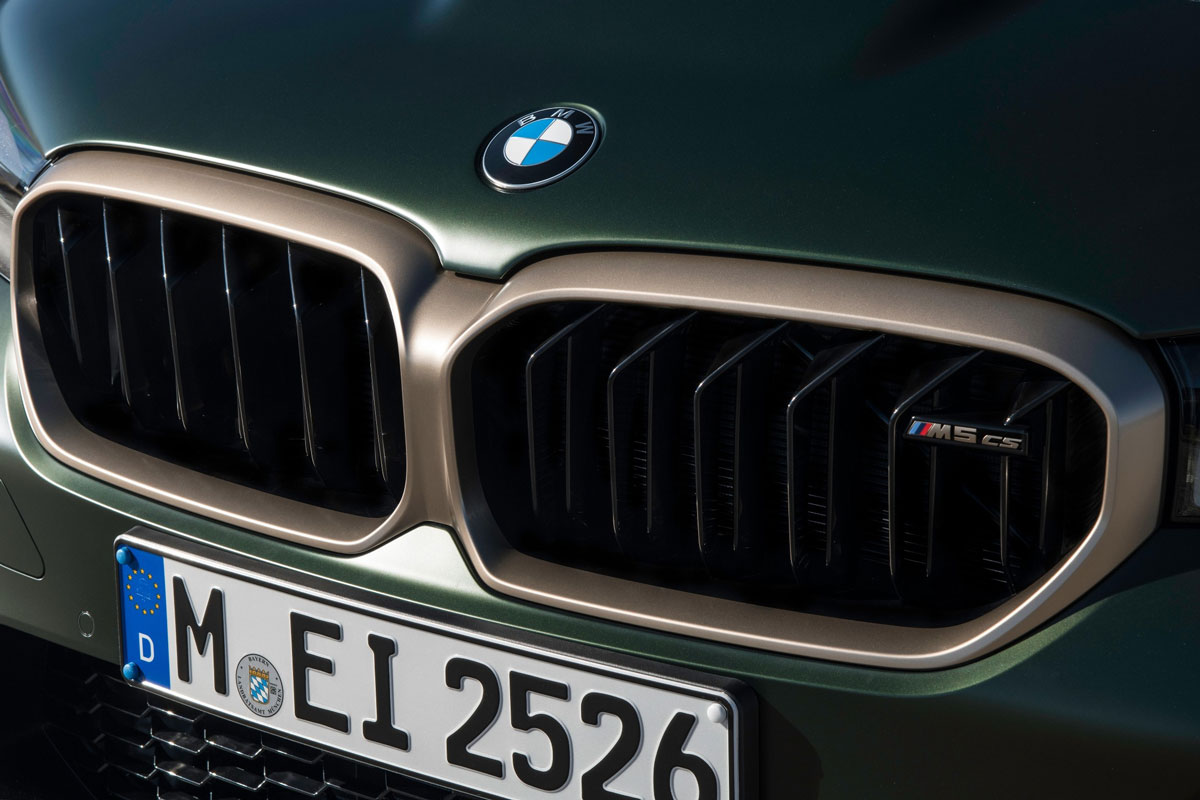 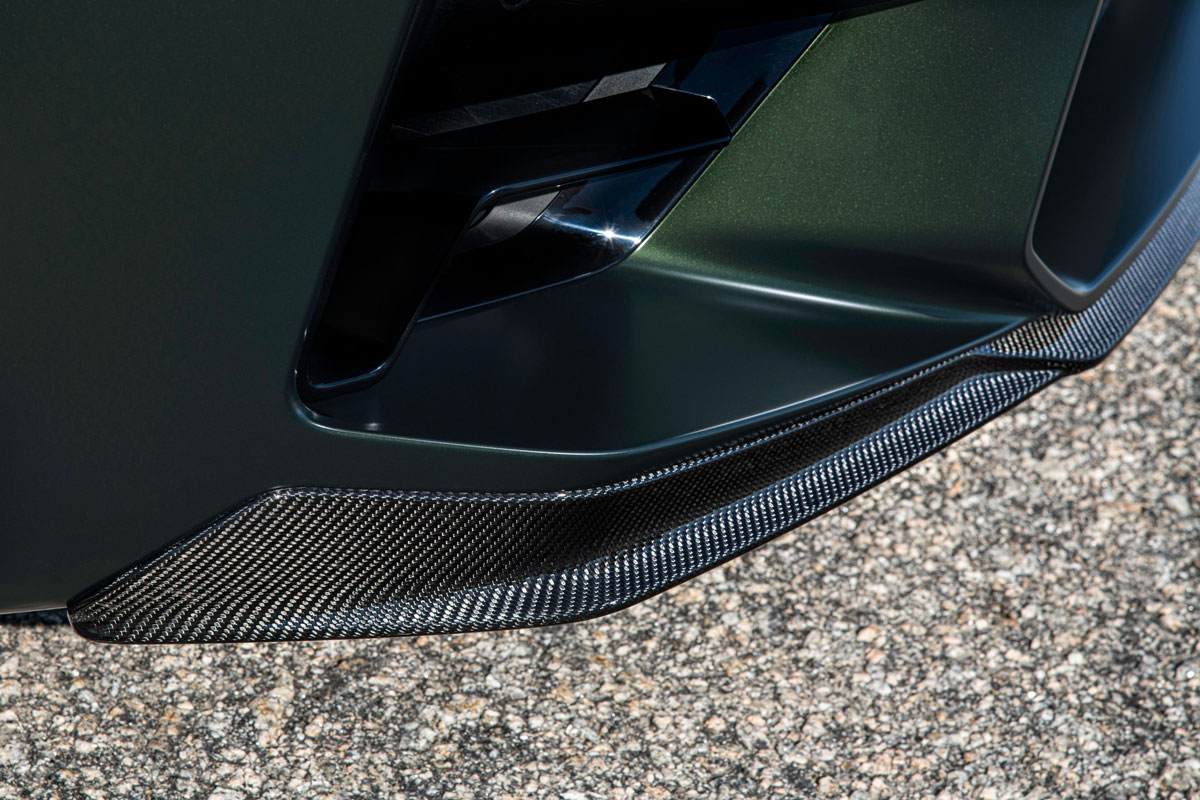 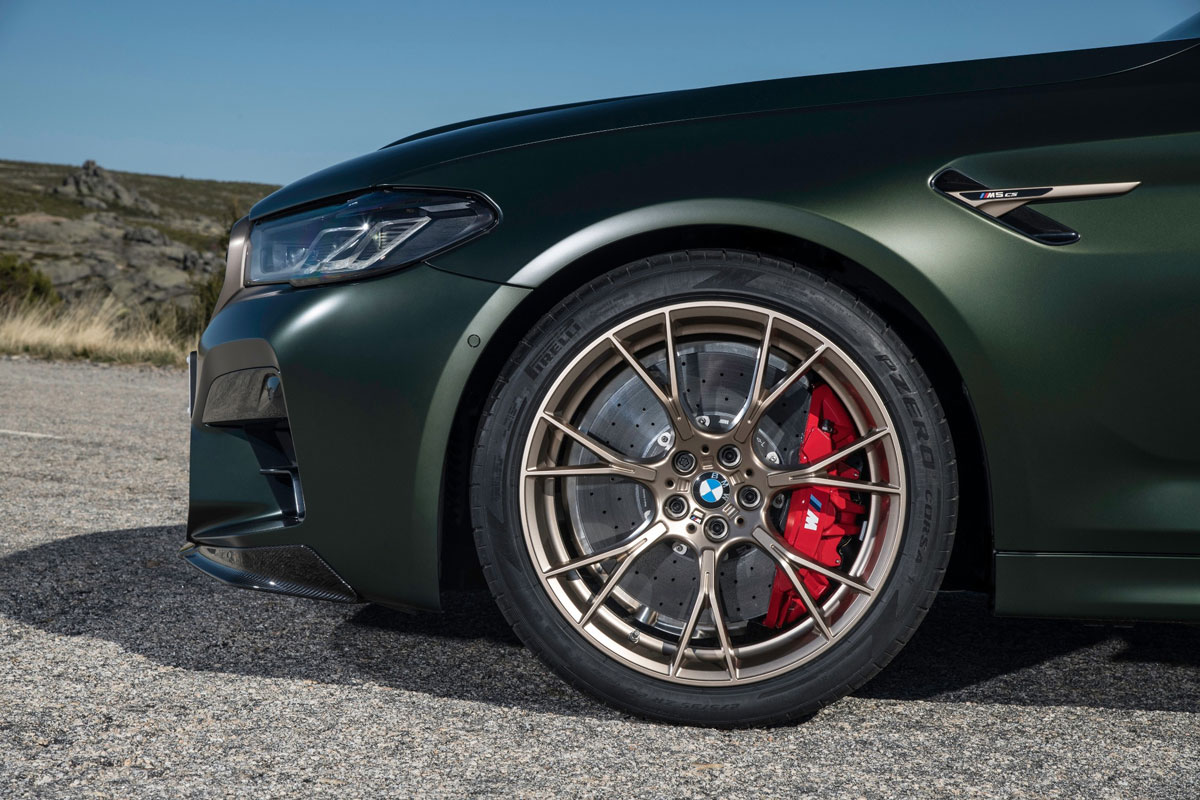 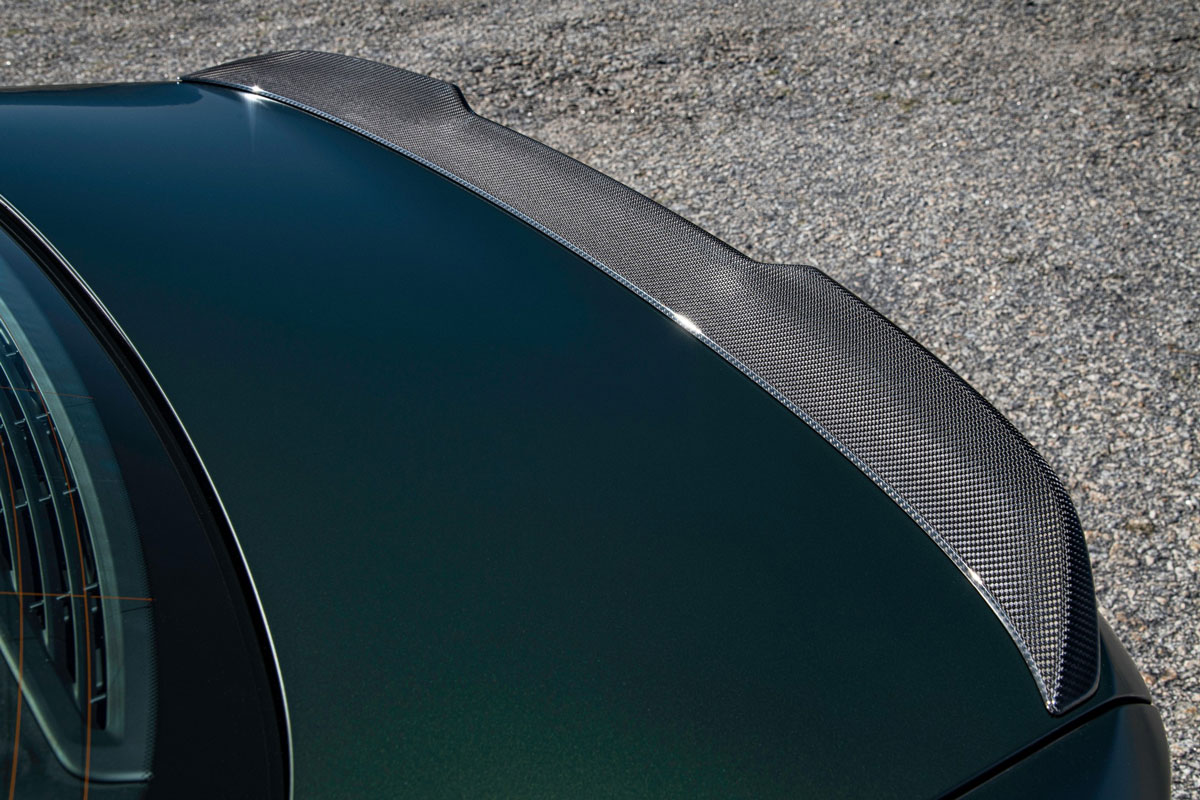 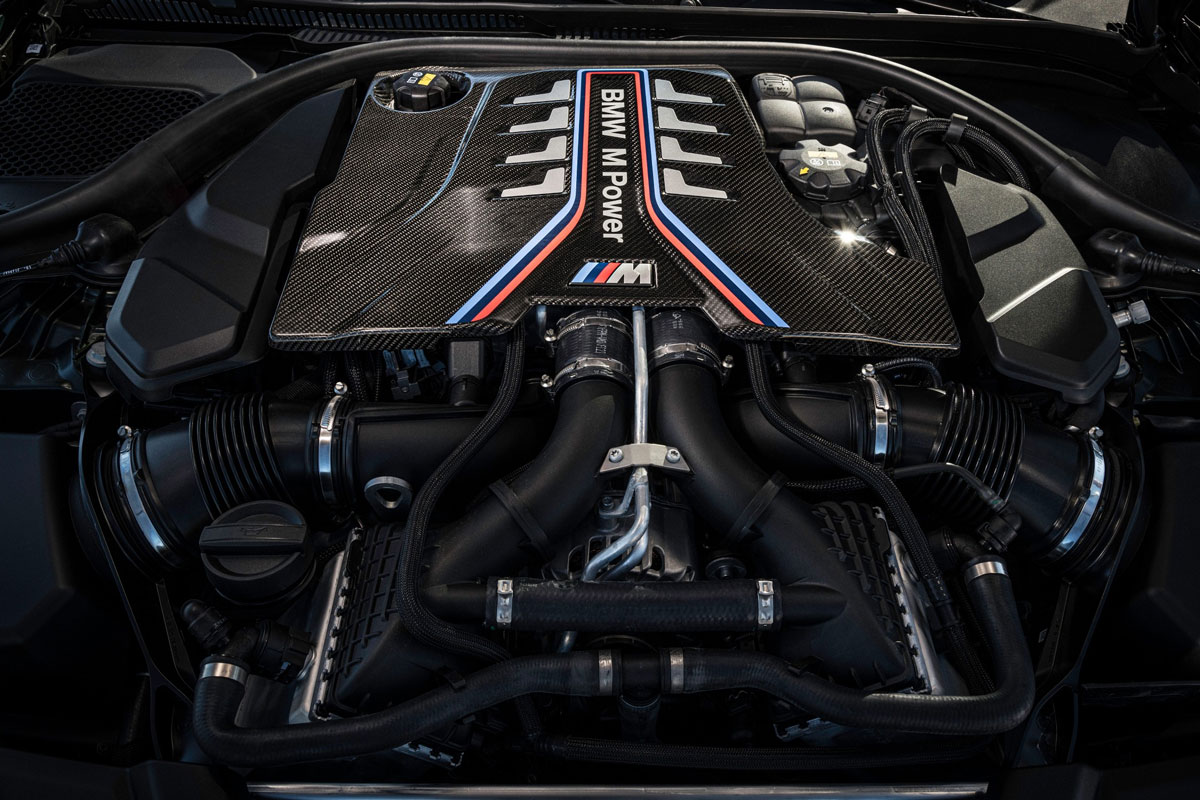 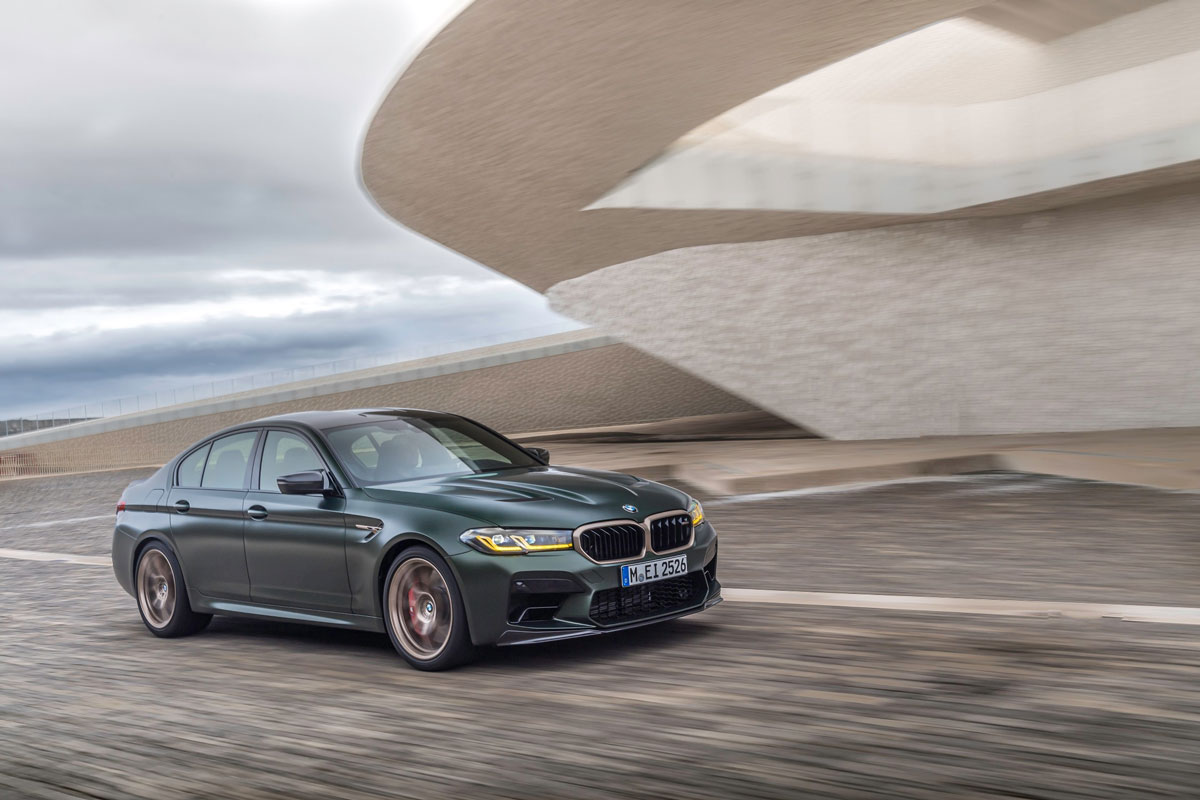 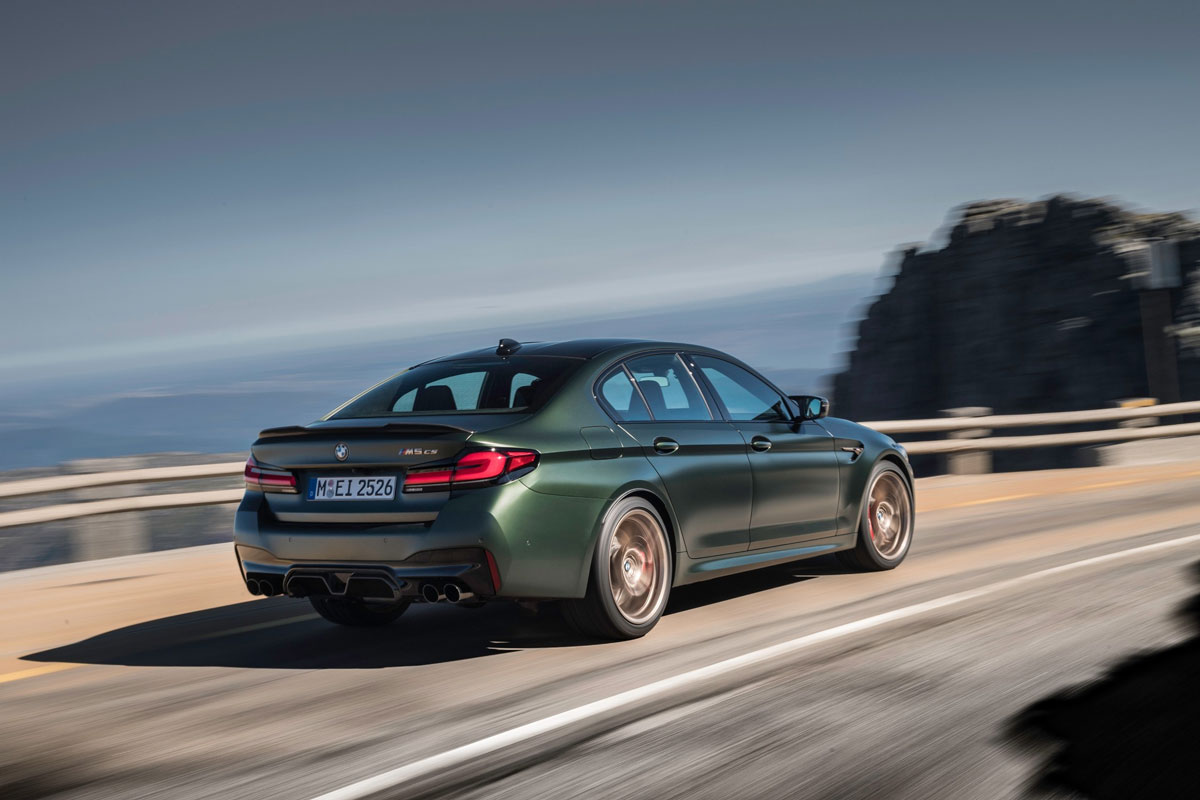 While the exterior lines of the M5 CS are aggressive, it noticeably lacks the new-generation front end of the latest M4 and M3, which sees BMW’s iconic kidney grilles taking the full width of the front bar. This could be a good selling point for traditionalists who didn’t warm up to the latest BMW design language when they were unveiled.

When The CEO Magazine last spoke to the Head of BMW Design, Domagoj Dukec, he explained that the company wanted “strong characters” for all their cars.

“They want to stand out. The M cars set out not to please people but to move them – physically and emotionally – at a profound level.

“You can’t plan to design an icon with a cult status. You can try to give a really distinctive look to your product that’s not like the mass of products on the road. And then, with time, it will be so remarkably different. This is how a product develops a certain status.”

BMW will produce the M5 CS in limited numbers but hasn’t revealed how many it plans to make.