BMW’s new X3 Competition is an AUV like no other: we test drive it in the Victorian Alps. 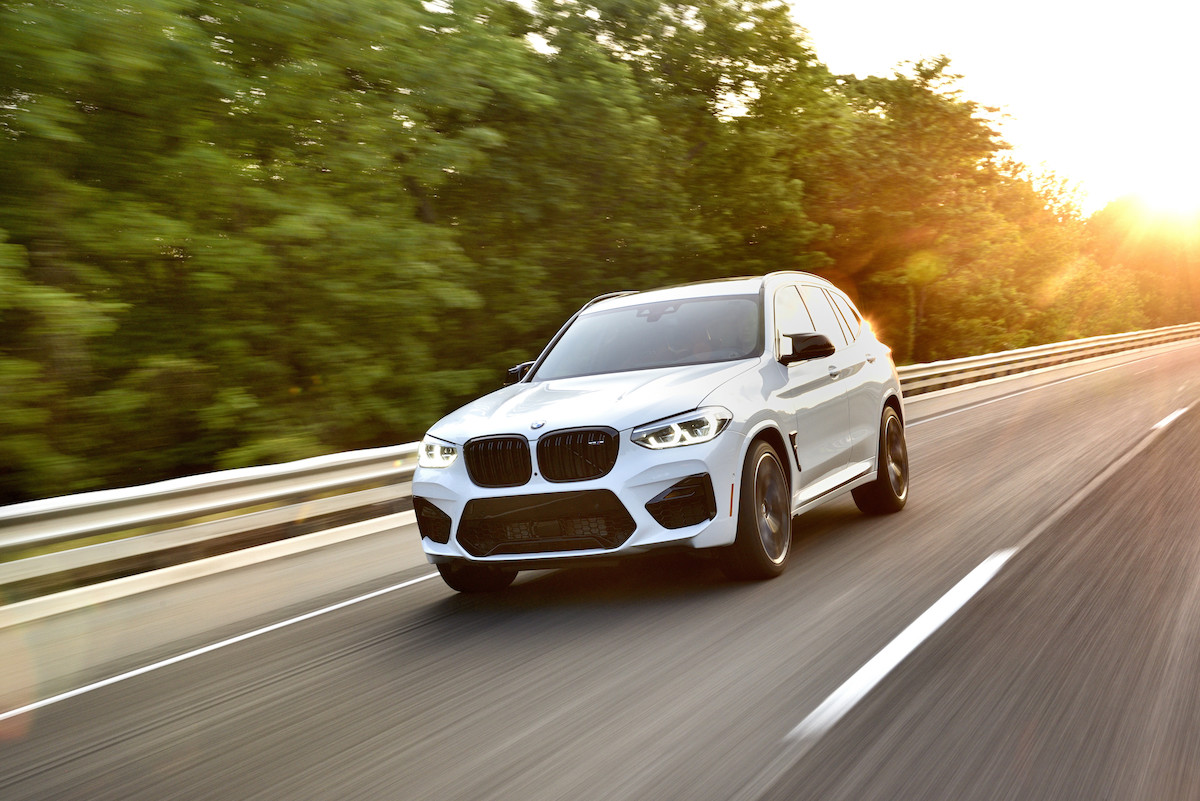 Driving to the snow can be something of a chore, but unfortunately helicopters are expensive, and ski resorts can be truly truculent about letting you land them.

It’s not that alpine roads themselves are bad – winding mountain passes are an enthusiast’s dream in most circumstances – it’s the little things, like patches of black ice or sneaky snow that can hurl you into the nearest ravine; and the big things, like snow chains, which were clearly invented by someone who hated their fellow human beings. Possibly an Ikea employee.

This is why timing is everything. And the time to visit Falls Creek, surely one of the most welcoming, homely and entertaining mountain idylls in Australia, is spring. And, as of very recently, the car you should take is the BMW X3 M Competition.

You’ll still have to carry chains, but the good news is you won’t have to engage with their finger-freezing, infuriating inner workings, because in spring the snow that’s left is all high on the mountains and not on the roads.

That means you can really, properly enjoy the drive from the moment you leave the Hume Highway and start tracking through picturesque and fun-to-say towns like Yackandandah and Mount (you bloody) Beauty. It’s verdant dairy country around here, and the cows all look like they’re auditioning for a chocolate-box cover, or a bovine beauty contest, as they sun themselves beneath the alpine views and springing blossoms. 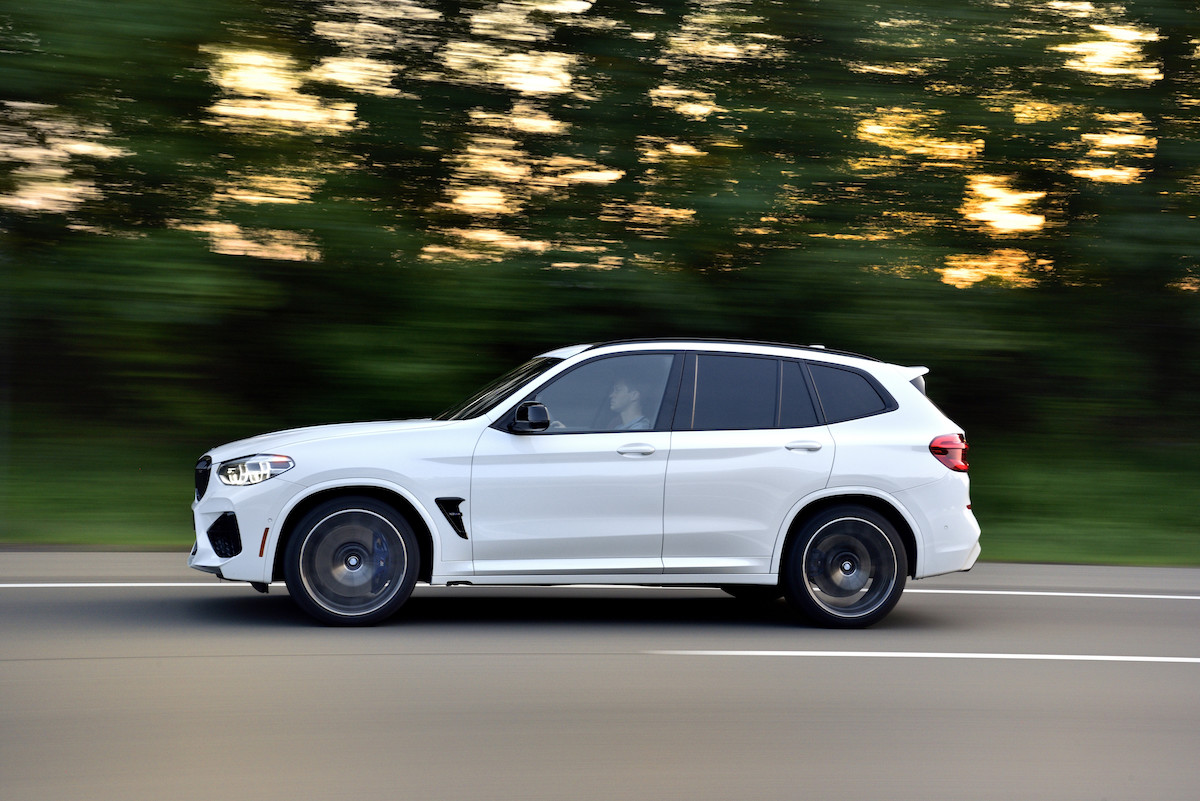 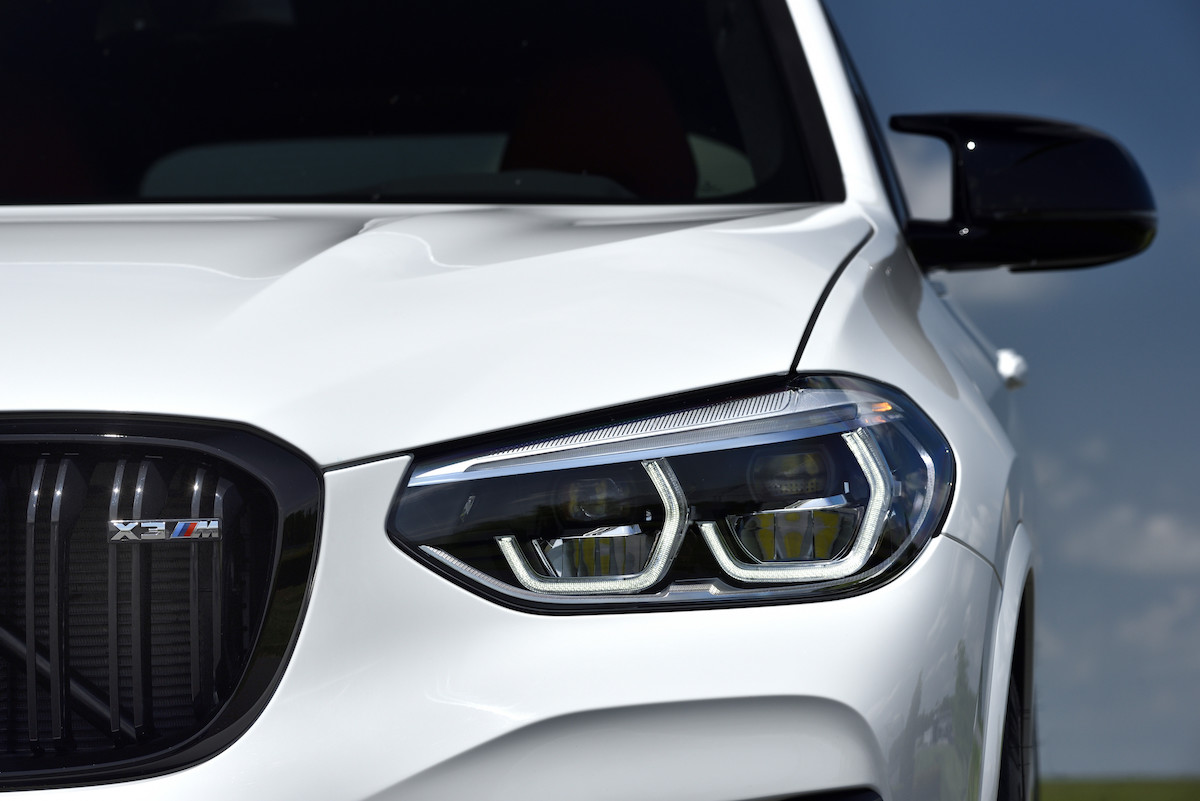 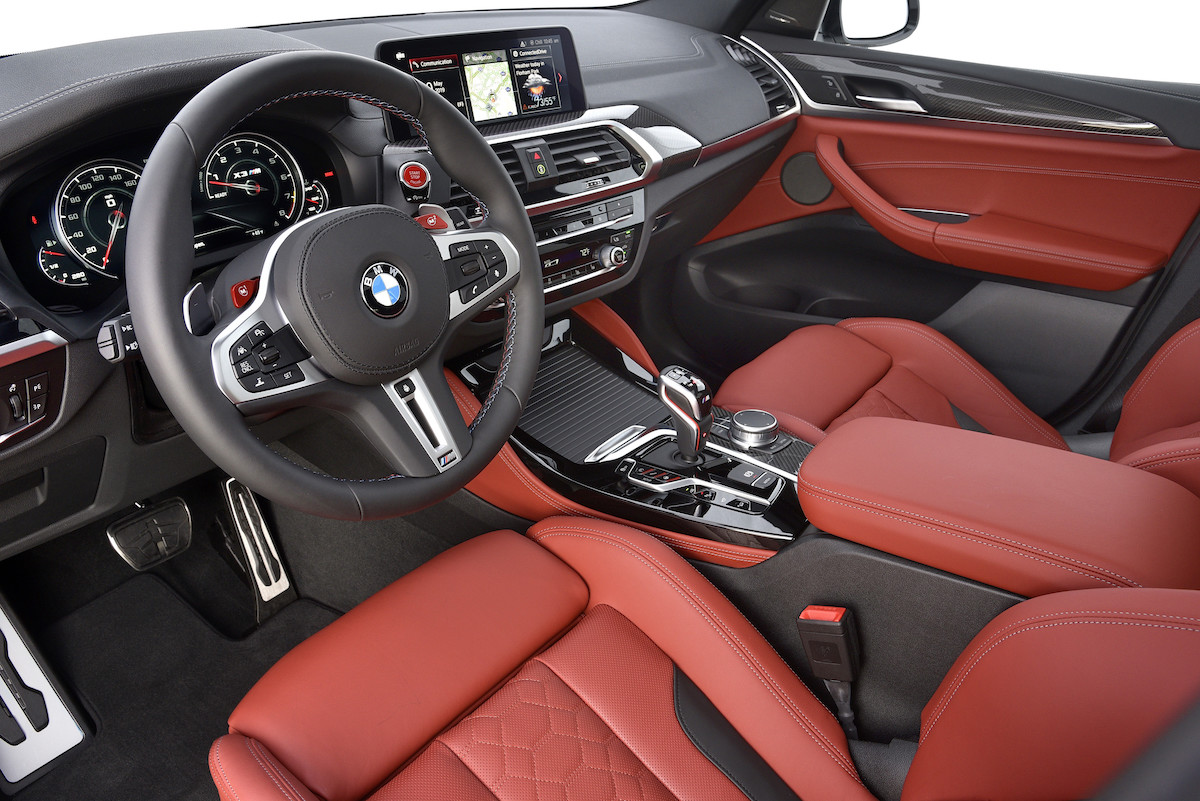 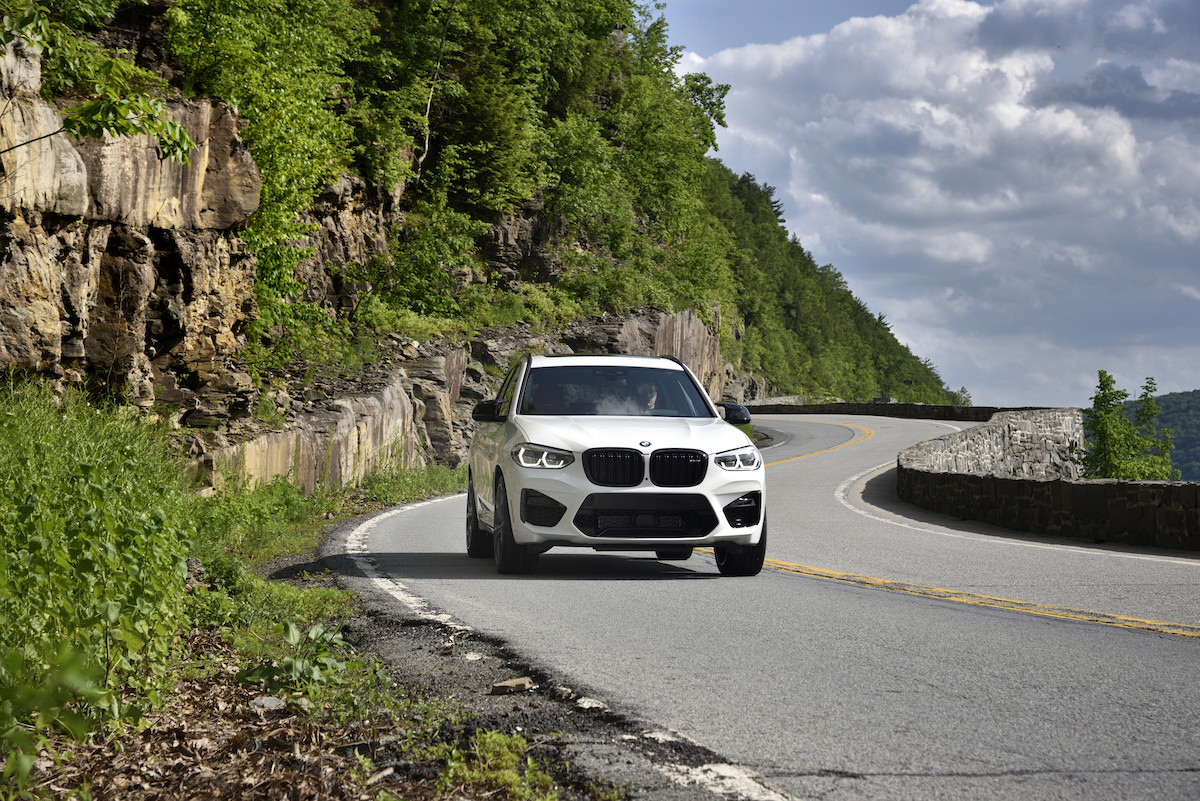 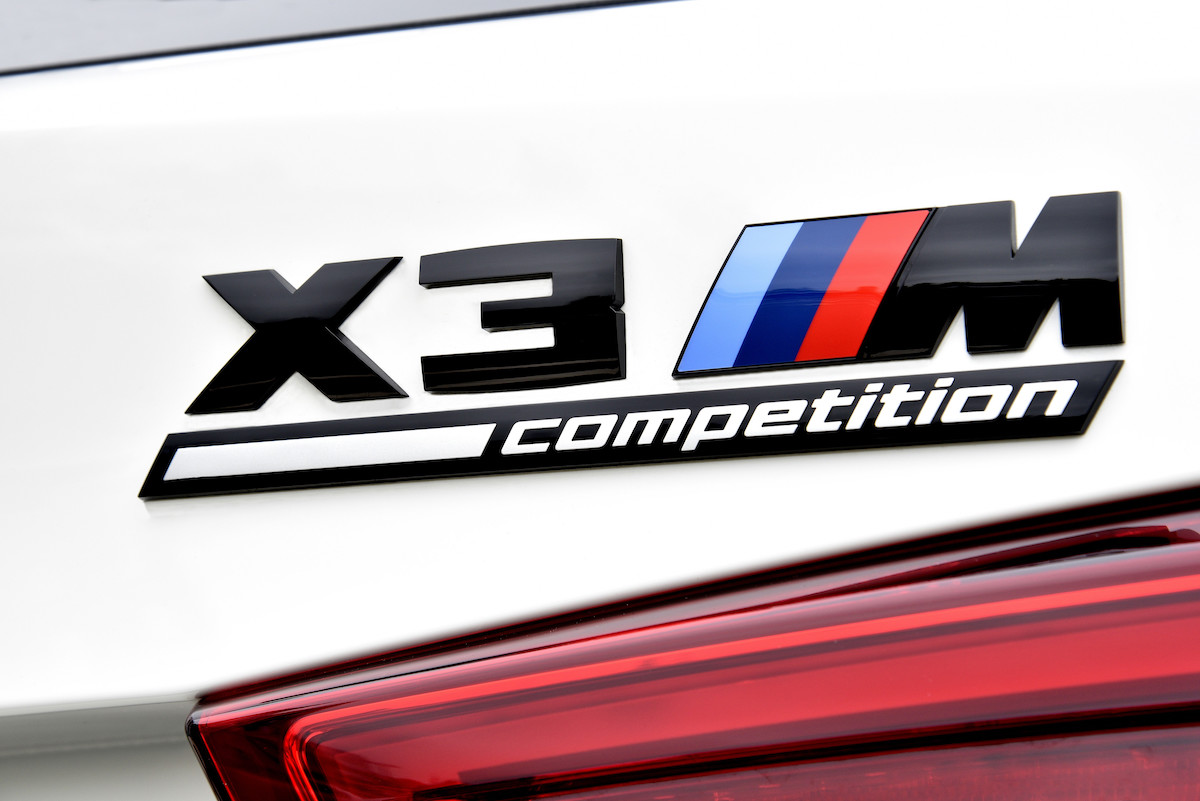 It’s once you hit the Bogong High Plains Road, however, that this bravura BMW really comes into its own, tempting you to press the Big Red Buttons on the steering wheel, which give you access to different levels of absurdity, noise and playfulness.

The BMW X3 is, of course, a small, unremarkable yet hugely popular family SUV; generally about as exciting as a Green run, in skiing terms. For some reason, however, BMW has handed this car to its M (for Madness) division and instructed them to turn it into a kind of subtle rally car.

I kid you not, on start-up, this monstrous X3 – powered by an all-new 3.0-litre in-line six-cylinder with M TwinPower Turbo technology – has that kind of raw, slightly off-kilter sound you normally only hear from non-street-legal World Rally Cars.

This engine, which boasts the highest torque bandwidth of any BMW, ever, with a full 600Nm available from just off idle all the way to 5950rpm (the engineers also managed to hit their bold target of 500 horsepower, or 375kW), is so astonishing that it feels like there must be some mistake.

BMW has handed this car to its M (for Madness) division and instructed them to turn it into a kind of subtle rally car.

That’s because the BMW X3 M Competition still looks, largely, like a friendly little SUV, when in fact it’s a corner-chewing, noise-spewing monster.

Just like with a rally car, the driver is given all kinds of choices about how they want the steering to feel, how brutal the suspension should be, and how aggressive the power delivery.

Uniquely, however, and in what is a typically BMW M division move, this all-wheel-drive SUV comes with a mode called 4WD Sport, which “pretty much means rear-wheel drive”, as a spokesman admitted to us.

That’s because rear-drive cars are sportier and more fun, and this is something BMW has always known, and specialised in.

The road up to Falls Creek, then, is perfect for a car with this much power and the ability to smash its way to 100km/h from a standing start in 4.1 seconds. With all the sweeping bends, sharp hairpins and very rare straight bits, it would be impossible to hit the tonne in many cars, but the X3 M can get you there, even in the middle of corners, because it just has so much grip.

The problem comes if you happen to have your family with you. The threats that they would surely vomit if I didn’t slow down and start driving like a sane person were really quite alarming, and hard to ignore. Fortunately, the X3 has an excellent stereo to drown out this issue. 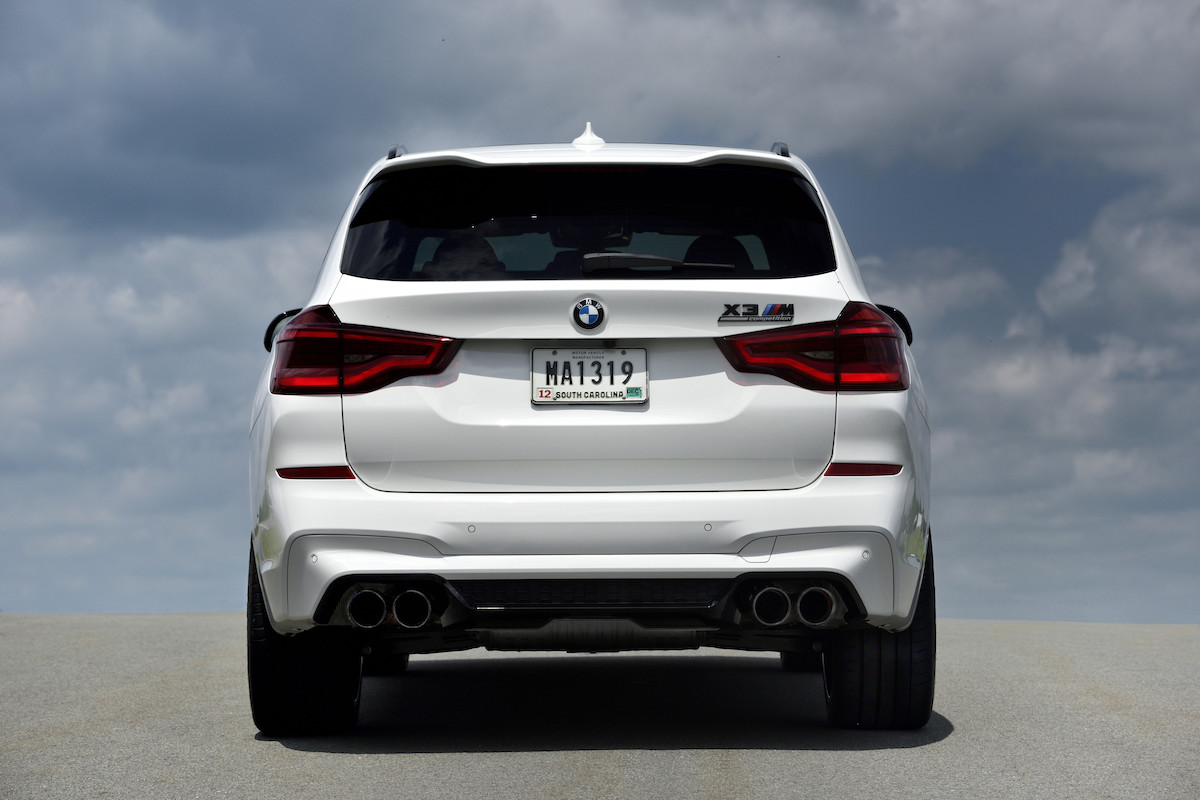 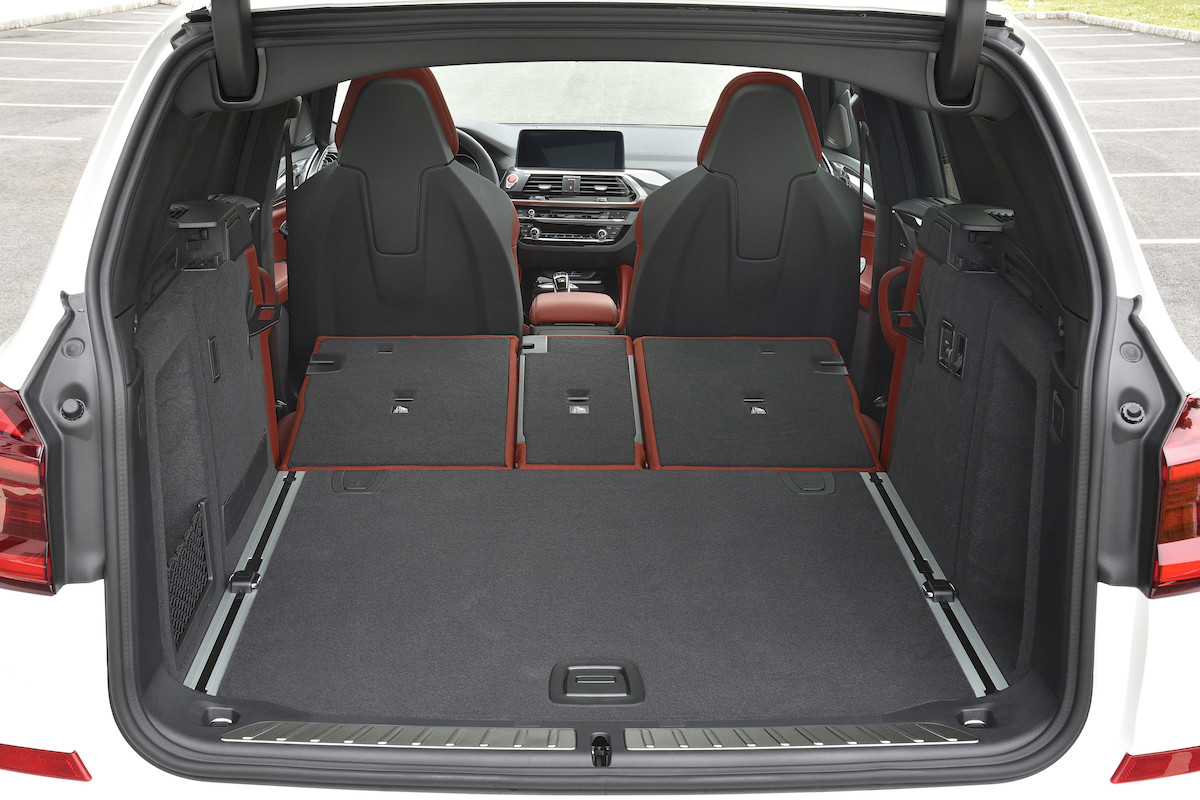 Perks of being a BMW owner

At this time of year – all blue skies, gently softening snow and t-shirt skiing – it’s possible to drive your car right up to the truly astonishing Astra boutique hotel and unload. It’s only if you are in a BMW that you can then zip back down the mountain to your own VIP parking space, right in front of the Falls Creek main base station.

It’s one of the lesser-known customer bonuses of being a German-vehicle buyer and it’s called BMW Priority Parking.

BMW owners can get online and fill in a booking form up to 48 hours before a Falls visit and can then leave their car in the badged spots for up to seven nights. There are 10 of these swanky spots – nine of which were empty when we visited.

Leaving a car that’s as much fun as the X3 M parked for a few days would seem like a crime, but the fact is I love skiing possibly even more than I do driving (and watching my children learn to do it is particularly enjoyable).

As for Astra, it comes as no surprise that it has won the World Ski Awards prize as Australia’s Best Boutique Ski Hotel for the past three years. From its soothing magnesium pool to its wonderful library and the most art-gallery-meets-nightclub boot room the world has ever seen, it just oozes cool and comfort. And the food, cocktails and staff are all beyond delectable.

The only disappointment, at the end of our stay, is that the road from Falls Creek down the other side of the mountain and all the way to Omeo was still shut because of snow. When that stretch of tarmac opens, as the thaw comes, it really does create a driving road not to be missed, from Mount Beauty all the way over Falls Creek and down the other side, with carving corners, grippy surfaces and spectacular views all the way.

My complaining family were delighted to find I couldn’t go home the long way and I had to admit to some of their gripes as we made the long drive back.

As fabulous as it is as a sports car, the X3 M Competition has the kind of ride quality that becomes extremely wearing if you’re not in the driver’s seat, being either far too firm or too floaty.

And, since its centre of gravity is far above where any car’s should be, it can also be disconcerting at pace; a bit like riding a very fast giraffe.

It is, however, something quite out there from BMW, and with a price tag of A$157,900, it really is only for the most enthusiastic of enthusiasts. And it is, undeniably, the perfect vehicle for a bit of spring climbing.