Most credit their work experience days to a generic office work or retail store. Carmen Wanko was offered the internship of a lifetime to work on Porsche’s US$845,000 hypercar. The rest is history – at 300 kilometres an hour. 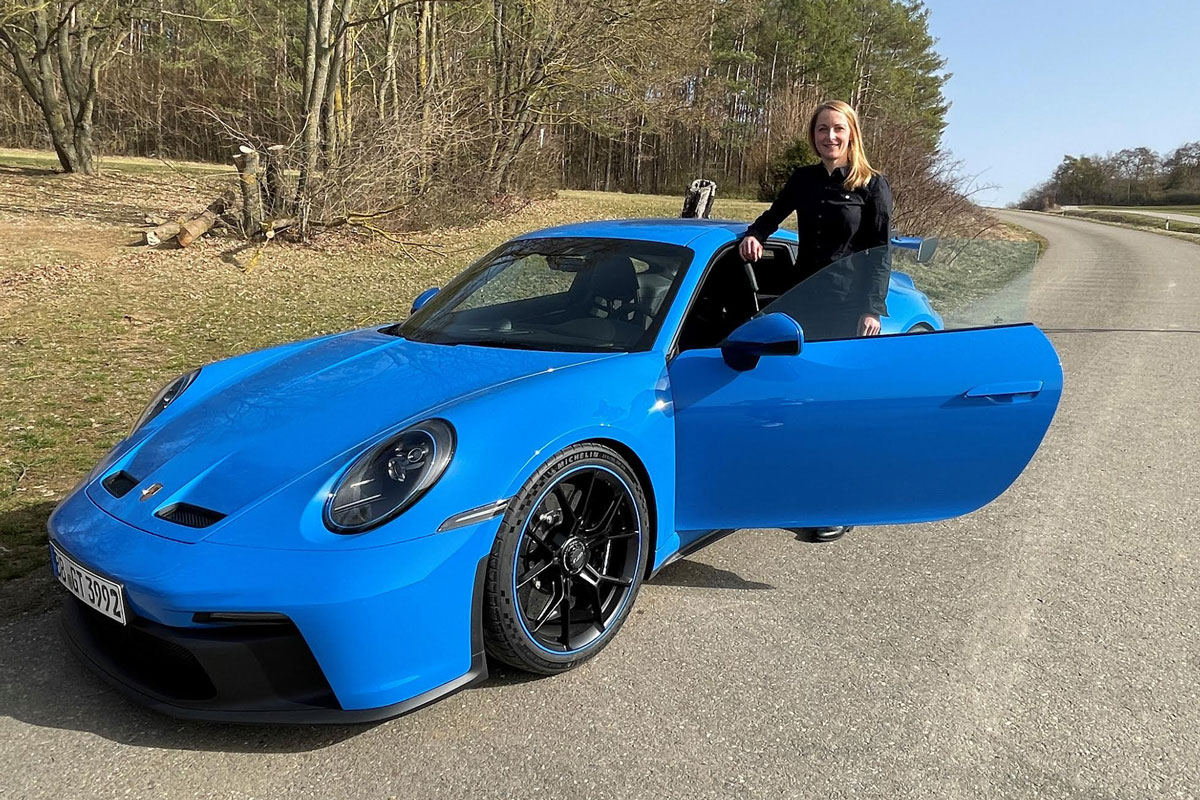 Carmen Wanko isn’t shy about admitting she didn’t have her career path defined less than a decade ago. It’s an astonishing revelation given that she now holds a high profile role within Porsche’s Project Management GT Model Line, the department helping to create the world’s fastest production cars bearing the legendary marque’s crest. Think highly exotic models like the US$845,000 918 Spyder, the current 911 GT3 and upcoming ballistic GT4RS, and Wanko has played a part in bringing all these halo cars to the consumer market.

“I didn’t have a real plan to work for Porsche,” Wanko says. “But if you get to know the development centre as a child and see the prototypes coming in and out with black camouflage livery, you get branded somehow and that’s how my very first contact came about.” 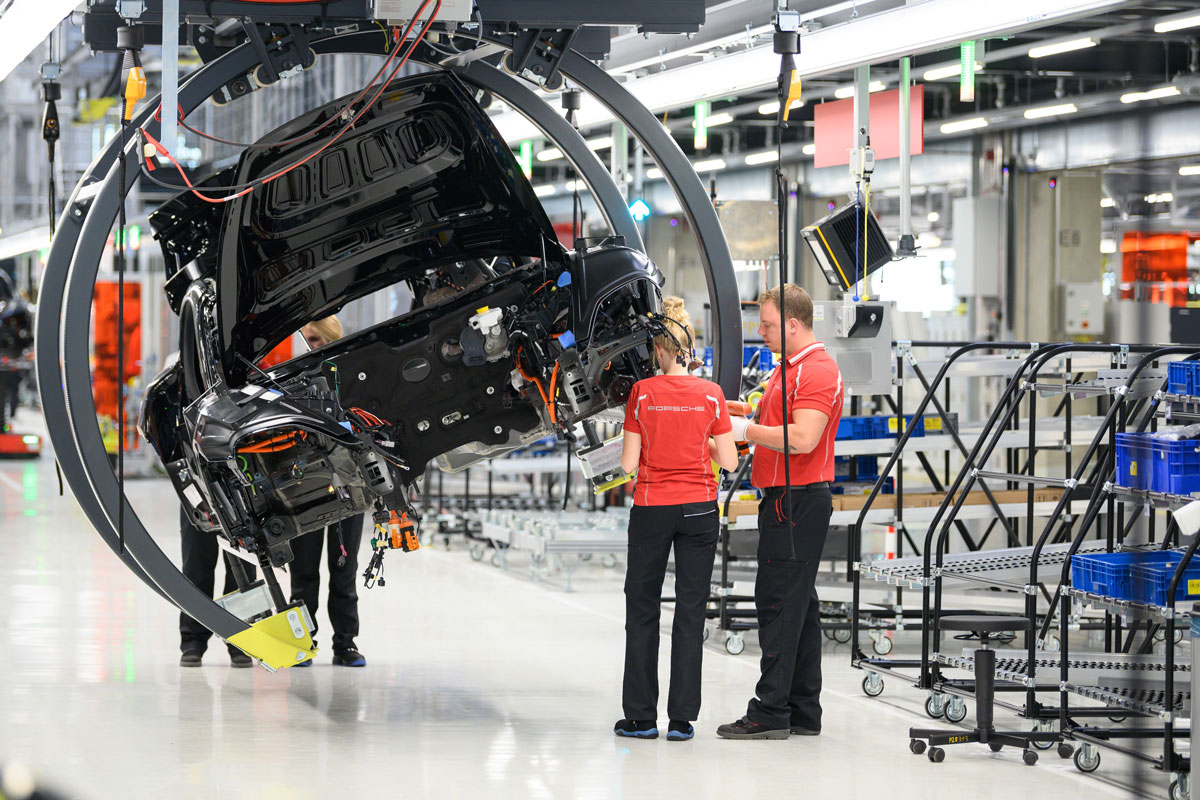 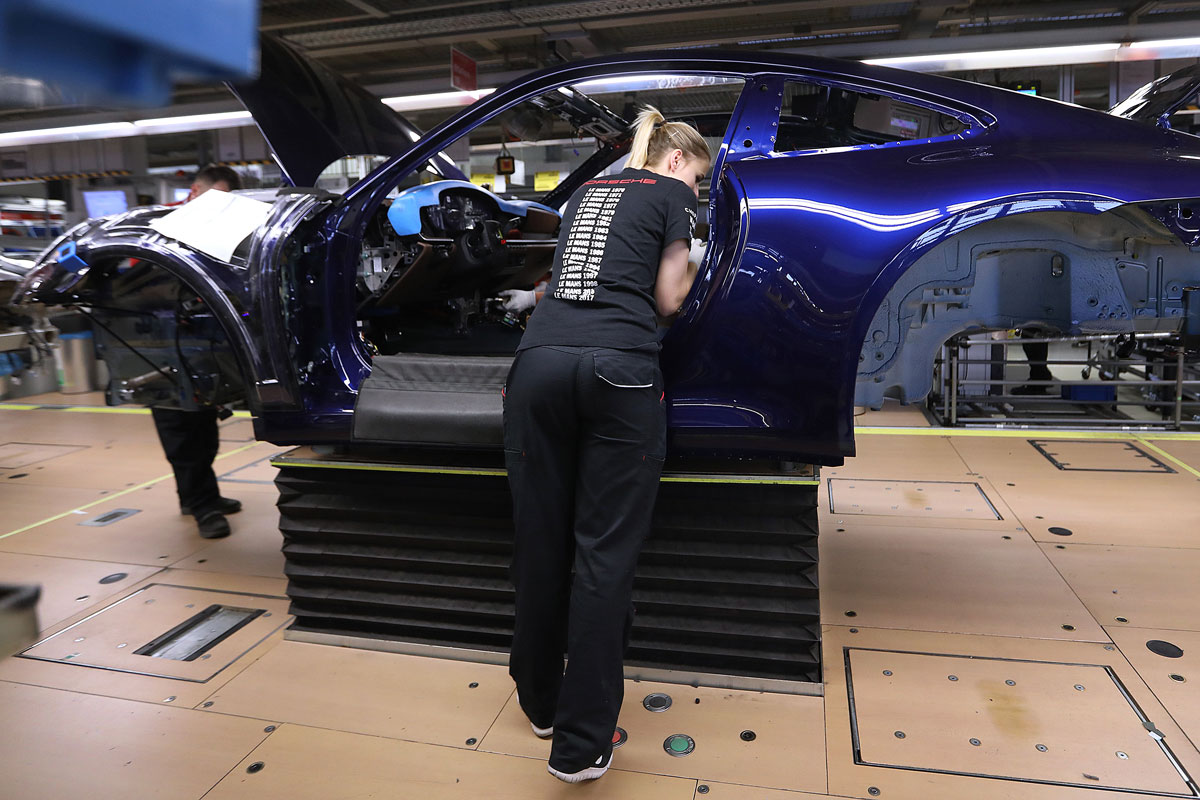 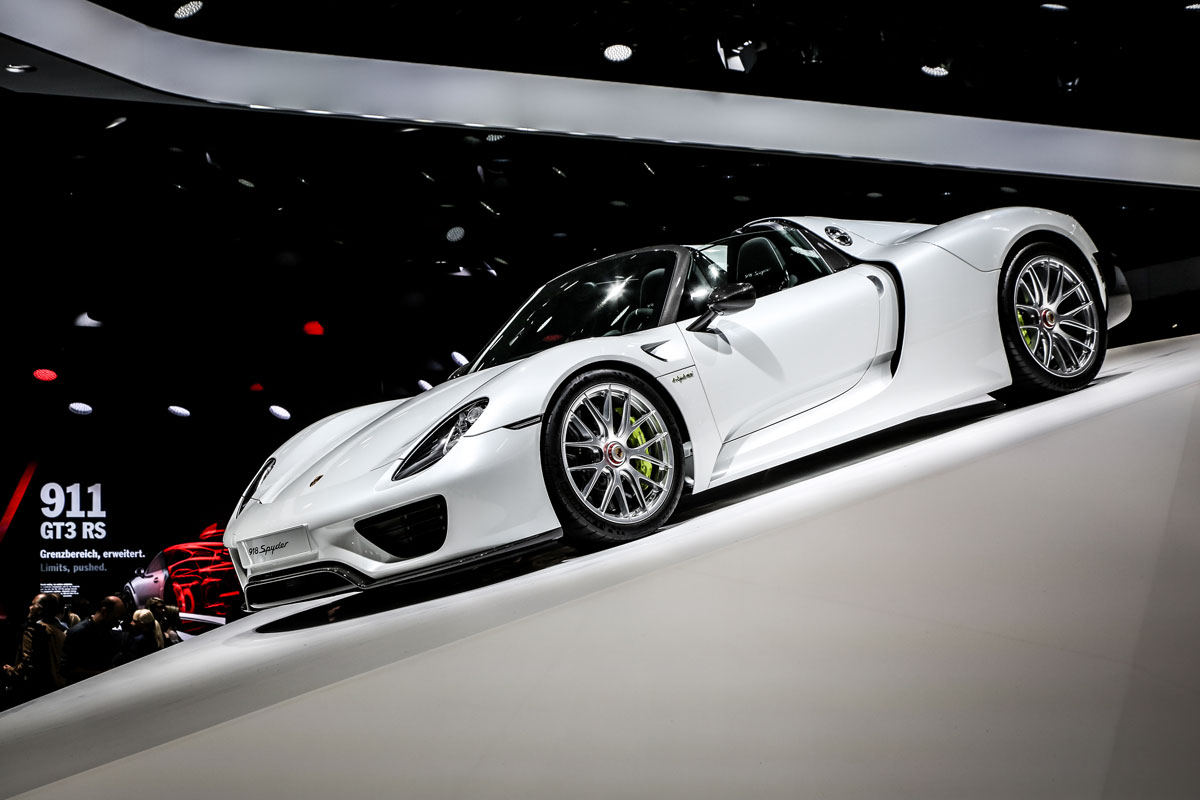 What makes Wanko’s journey into a coveted sports car company like Porsche even more special is the fact that she’s part of a new wave of change in an industry traditionally perceived as male dominated. Wanko doesn’t have an engineering degree nor any prior involvement in motorsports. Her neighbour who was a Porsche motorsport mechanic is credited for encouraging her to apply for an internship at the company.

“He said, ‘Well, there’s this project and it’s really exciting – the Porsche 918 Spyder – and they’re looking for an internship for project management’. I laughed at him and said: ‘Come on, I’m not studying mechanical engineering or something. I won’t apply there.’”

Wanko eventually applied but did not have high hopes at all that she would get the call back. Then she got the call back. “I didn’t know the number – now I know if there’s a number with ‘911’ in it, it’s from Porsche,” she laughs. “Back then, I didn’t know and they called me and I was so shocked.”

“They thought it would be good to have a woman in that job for the first time.”

Convention (and even Wanko herself) would argue that she technically shouldn’t qualify for the job. Ironically, her difference is what landed her a foot in the door amongst a candidate list of young rocket scientists.

“I went to the interview and still wouldn’t believe they would take me. I think it was the second or third sentence, I said: ‘Hey look, I study management and economics and I’m good at project management, but from the technical side you better take a mechanical engineering student because I can’t help you with that.’”

It was only after a few years in the job that she’d query her colleagues on why they chose her over the other applicants that day.

“They said they thought it would be good to have a woman in that job for the first time; they found I was interested in everything and had the commitment for the job.”

Also helping Wanko’s case was the fact that Porsche already housed a building filled with 60 to 80 engineering experts and didn’t need any more on their project management side.

“The colleague said if you have a question, just go ask them and they will explain everything to you,” she remembers. “If you want to see the hardware, just go to the building workshops and have a look and see the engines. Have a look at the cars. And that’s what I did.

“It was so interesting to me. I had to fulfil my to-do list but I was just talking to everybody and they were all happy to explain to me their tasks, engineering ideas and show me everything. I was known by quite a lot of people in a short amount of time.

“They said, ‘Yeah, we just wanted to give you a chance to do that.’”

Being inquisitive about Porsche’s closed-door operations beyond her job description came naturally for Wanko. She learnt everything, saw everything and most importantly, never refused a task because it wasn’t part of her official job description.

“And that’s when I entered Porsche and never got away from it. I was doing their internship for six months then had to finish my studies and said I’d really love to keep on working for you.”

Project management, but make it Porsche 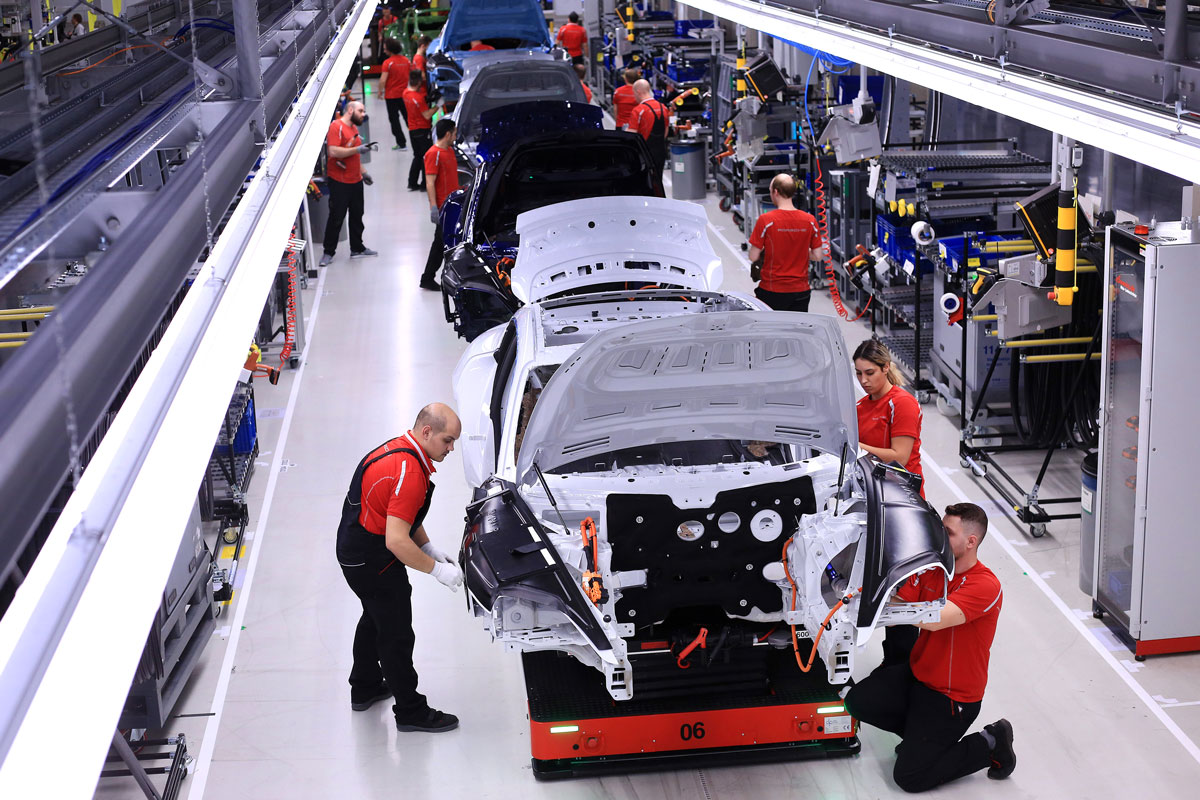 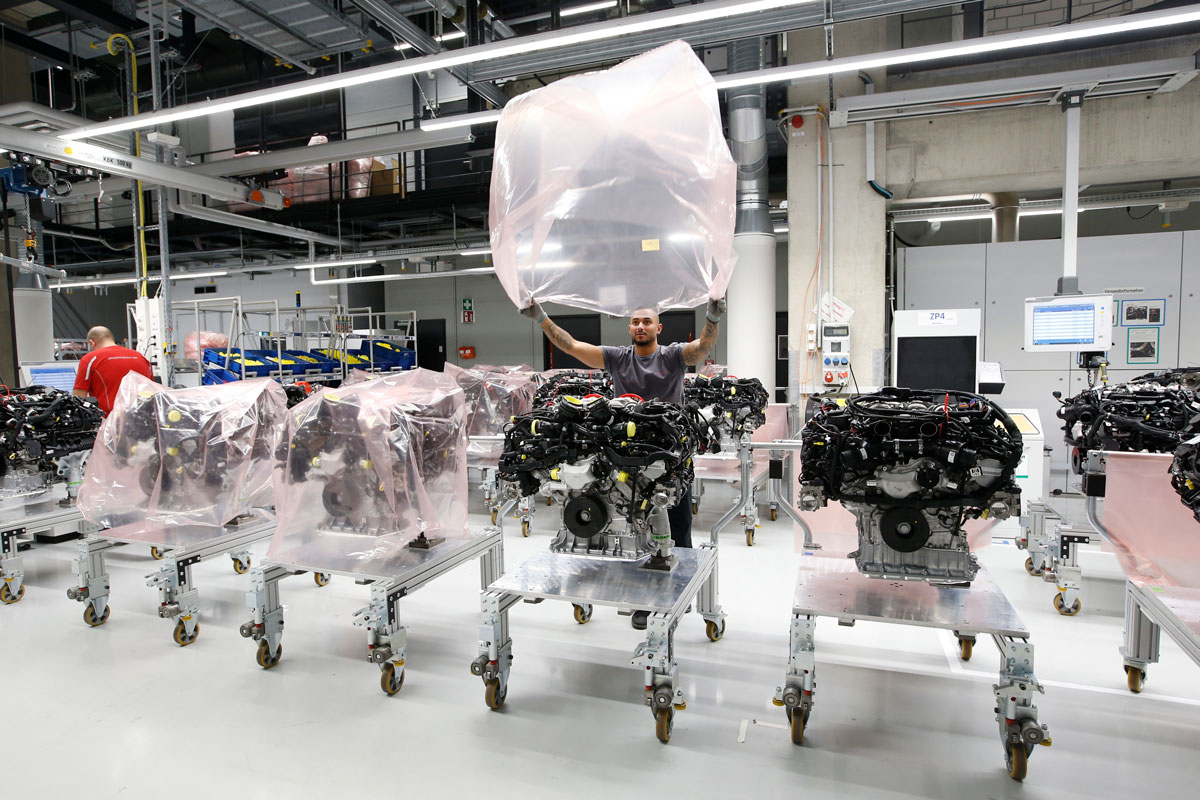 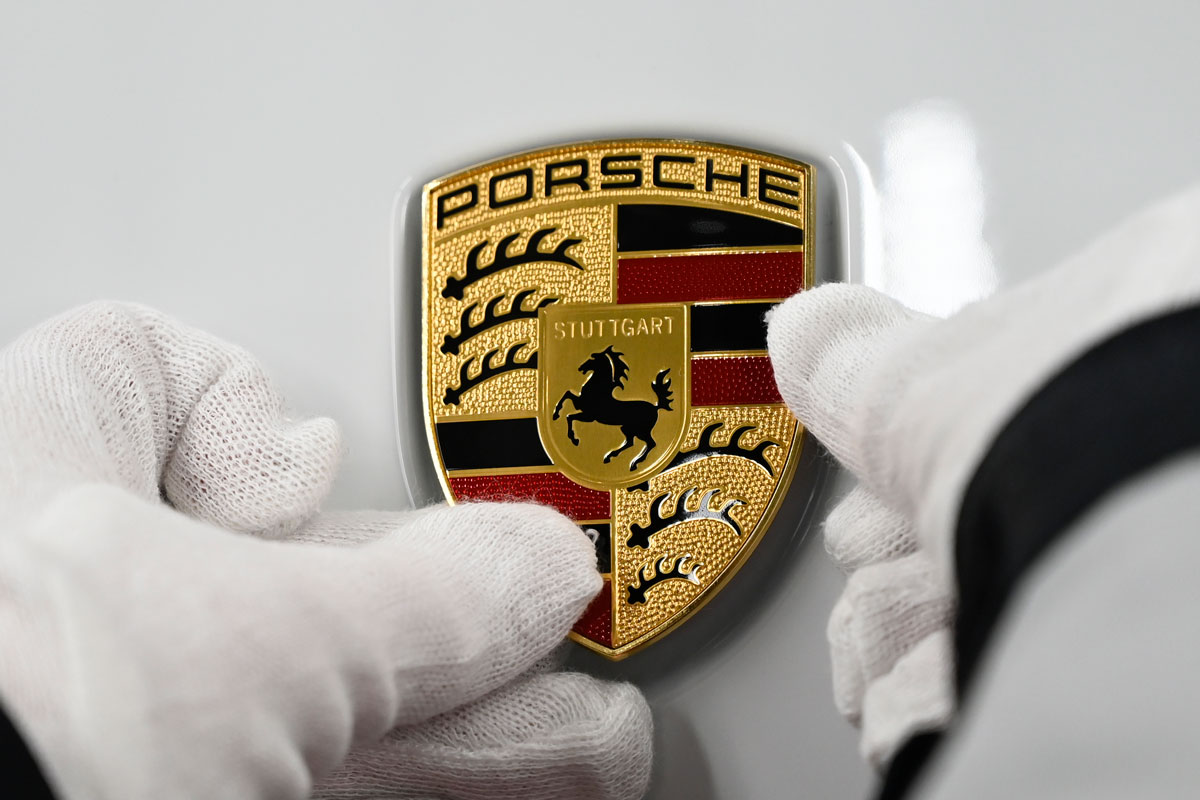 The concept of project management is often perceived as mundane but necessary in industries like banking or construction. However we cannot forget, banks and developers don’t sell sports cars designed to exceed 300 kilometres per hour as part of its deliverables.

Working out of Porsche’s Weissach office approximately 20 kilometres from their Stuttgart production facility, Wanko’s role has evolved since her fateful internship stint consisting of two days a week at the company while completing a Masters degree at the insistence of her boss.

“My daily business now is mostly trying to overlook the whole development cycle and finding out the trade-offs the team has from the technical side and budget side quality-wise.

“I would call it helping everyone do their jobs so they can do the engineering, do the procurement and do the controlling. You kind of get everything working together smoothly for every project.”

Wanko is also responsible for looking after technical change request management over the whole development cycle of a car – a crucial area considering engineers are constantly pushing the limits of upcoming GT-spec models in order to rewrite Nurburgring lap times and claim the ultimate supercar bragging rights amongst its competition. The higher the performance, the more Porsches get sold.

The proof? In Australia there is now a 12 to 18 month wait time on the latest GT4RS which has a production window of three years. The company is expecting demand in this region to be higher than what they can produce in that time. It’s a similar story for the current GT3 and upcoming GT3RS in which Australian allocation slots have already been exhausted due to high demand.

Even the forecasting side of Wanko’s job seems to be substantially more exciting than the standard spreadsheet presentation seen in boardrooms.

In Porsche world there’s an endearing term for this – a ‘shopping list’ – which ticks off all the points required for that car to be officially revealed in three to four years’ time.

“Sometimes there’s a trade off between cost and time and you have to say ‘we’re going to keep that idea for the next bunch of cars’ or say ‘no, we can’t do it because it’s too complex we can’t make it in time.’

“I’d say working in Weissach for more than seven years now, I’ve already done part of the mechanical engineering degree,” Wanko laughs. “Not on paper, but on the product side.” 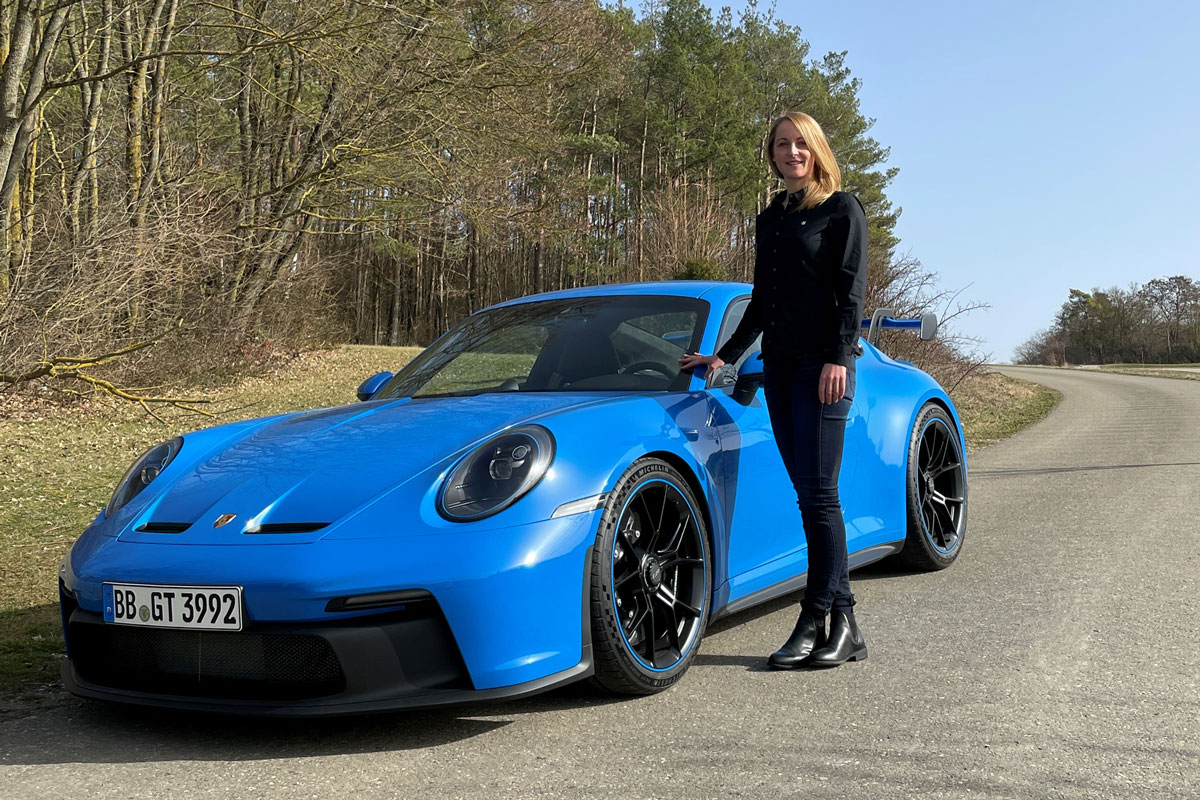 Wanko seems completely at home in her project management role today. Her greatest enjoyment comes from seeing the end result in the flesh and passing on her knowledge to the new wave of Porsche interns.

“If you want to do something and if you are interested in it, just give it a try. I never thought I would get the internship, applied for it and it worked out.”

Of course there’s still the important question of whether she ever felt intimidated entering an industry traditionally dominated by men.

“I thought that before I entered Porsche,” she admits. “From the outside, the automobile industry seems to have a strict hierarchy, but I have to say when I was working during my internship, you just had to talk to people.

“There were a few people who didn’t want to talk but that wasn’t because I’m a woman. That’s just their personality and you just have to give it a go. Talking to most of my colleagues nowadays is easy.

“It’s not a big hierarchy because we’re working in a team. It doesn’t matter which position we’re in because we are all working on the same level.”

And when it comes to encouraging more women to be open to the idea of joining the world of performance motoring, Wanko is all for it and has some crucial advice.

“I think if you want to do something and if you are interested in it, just give it a try. I never thought I would get the internship, applied for it and it worked out.

“Don’t be afraid to ask questions or show your interest because you can’t know everything from the beginning. Everyone is starting from some point. If you have a good team and colleagues, they will explain everything to you and you will catch up.

“You can fail sometimes but that’s not just in business, it’s life. It’s part of the process.”

Read next: Meet the woman in charge of what the world’s most iconic whisky tastes like