The Porsche 911 GT3 992 will mark the seventh iteration of the Stuttgart marque’s legendary high-performance sports car. It’s been the subject of countless spy shots and speculation, and now it’s finally here. The Porsche 911 GT3 992 will mark the seventh iteration of the Stuttgart marque’s legendary high-performance sports car. The drawcard this time around leverages from an intimate collaboration with Porsche Motorsport to ensure the purest expression of today’s racing innovations are injected into the new model.

At its core lies a host of components lifted straight from Porsche’s competition race cars including the 911 RSR, 911 GT3 R and 911 GT3 Cup. This equates to a high-revving four-litre six-cylinder boxer engine, which remains naturally aspirated in a world dominated by turbo engines. The unit is capable of delivering 375 kilowatts of power and 470 newton metre of torque, which is sent to the rear wheels via its PDK seven-speed dual clutch automatic or an optional six-speed manual transmission. That’s enough to see the car reach a top speed of 320 kilometres per hour and sprint from 0-100 kilometres per hour in 3.4 seconds.

More importantly, the 911 GT3 promises to provide the perfect balance of track performance and everyday use – an expectation of most supercar owners today. This is underpinned by the manufacturer’s claim of a combined fuel consumption of 12.4–13.3 litres/100 kilometres – not that most will be keeping count. 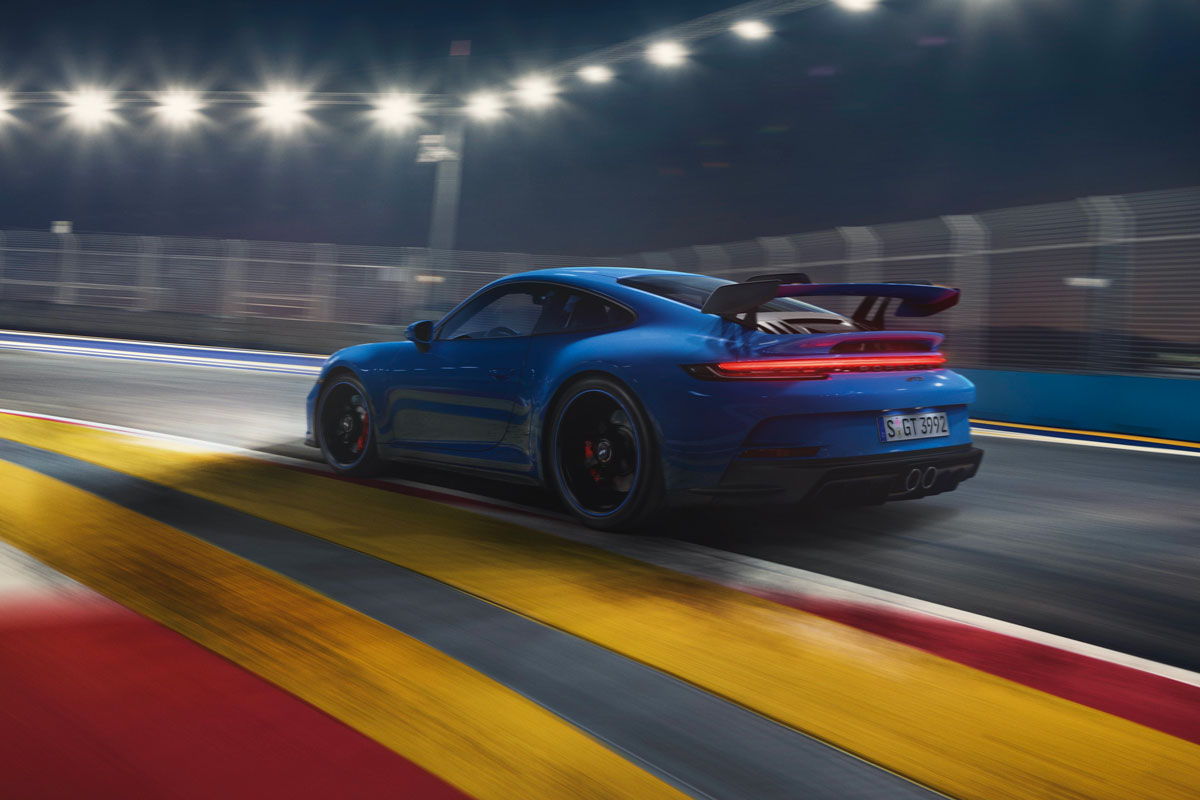 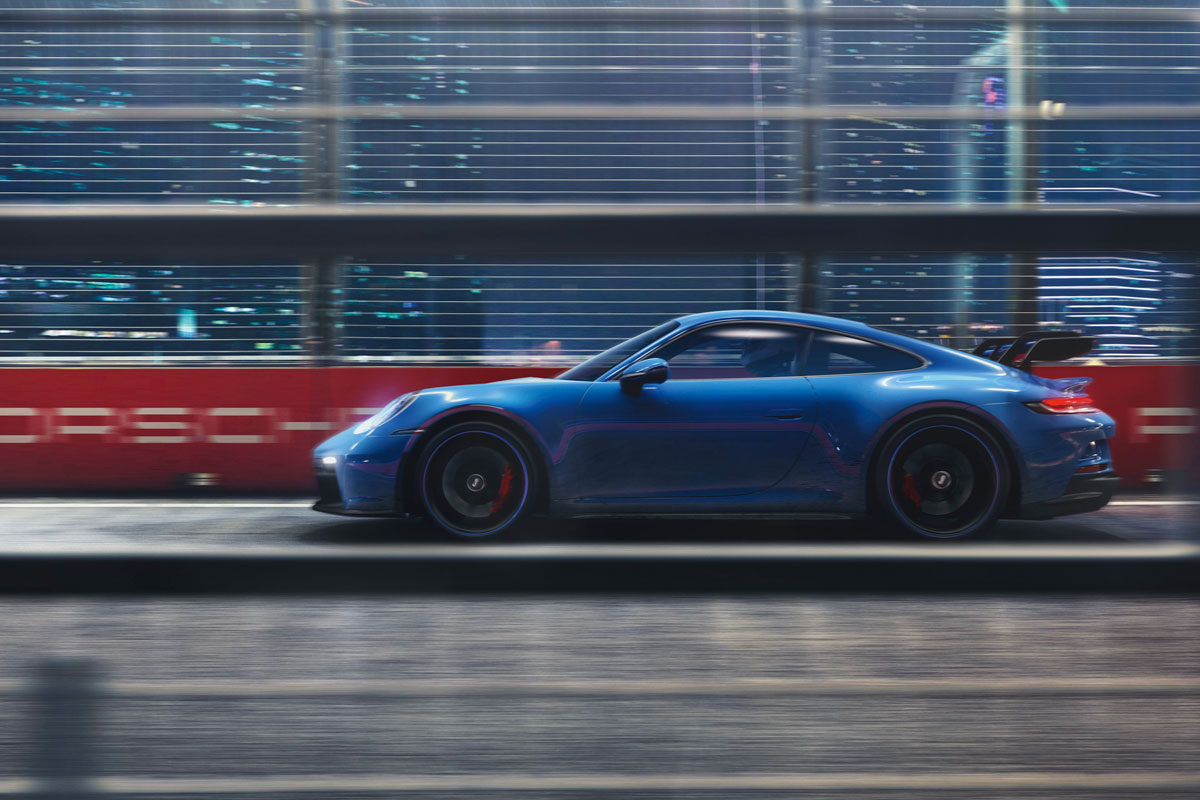 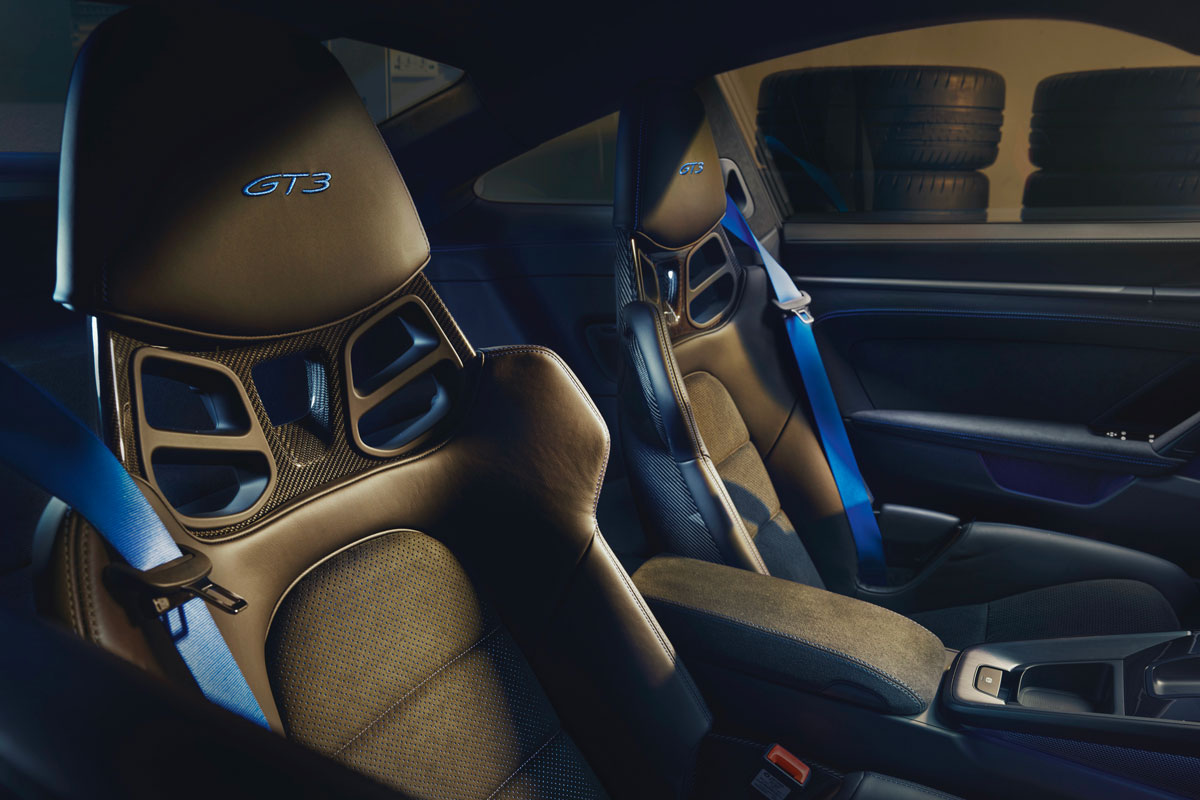 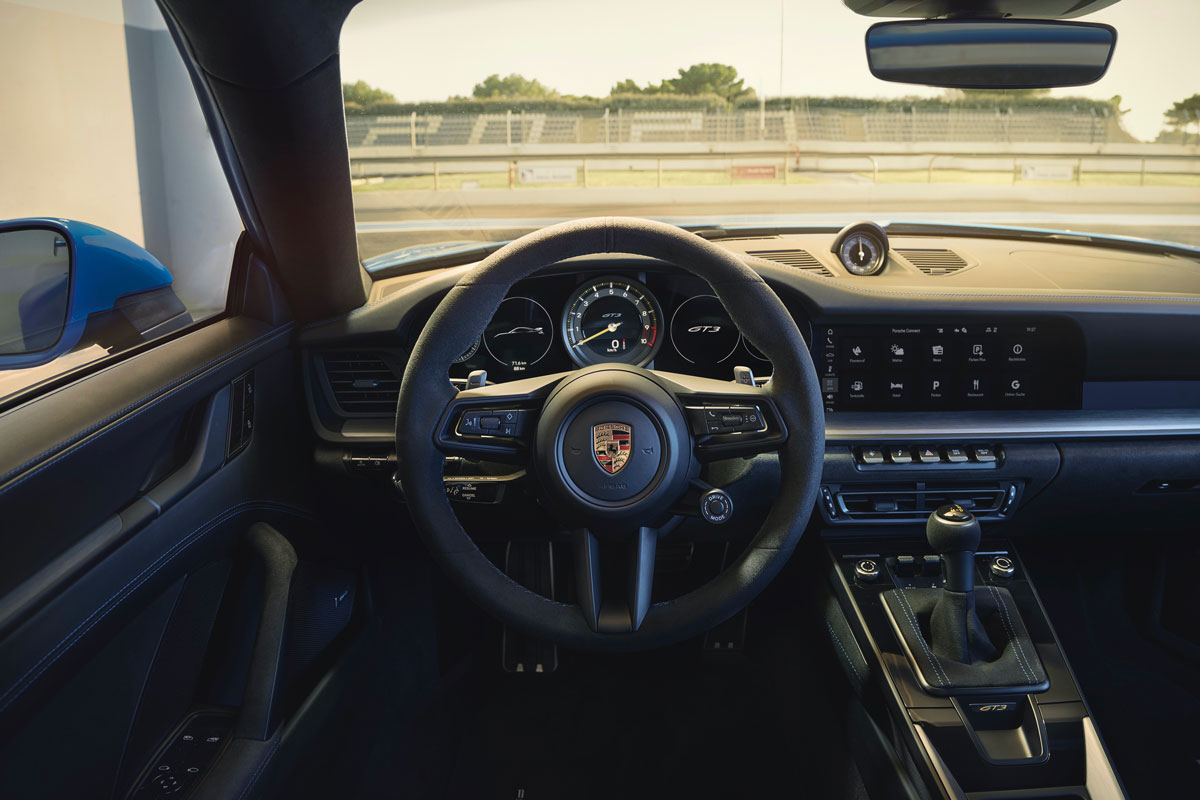 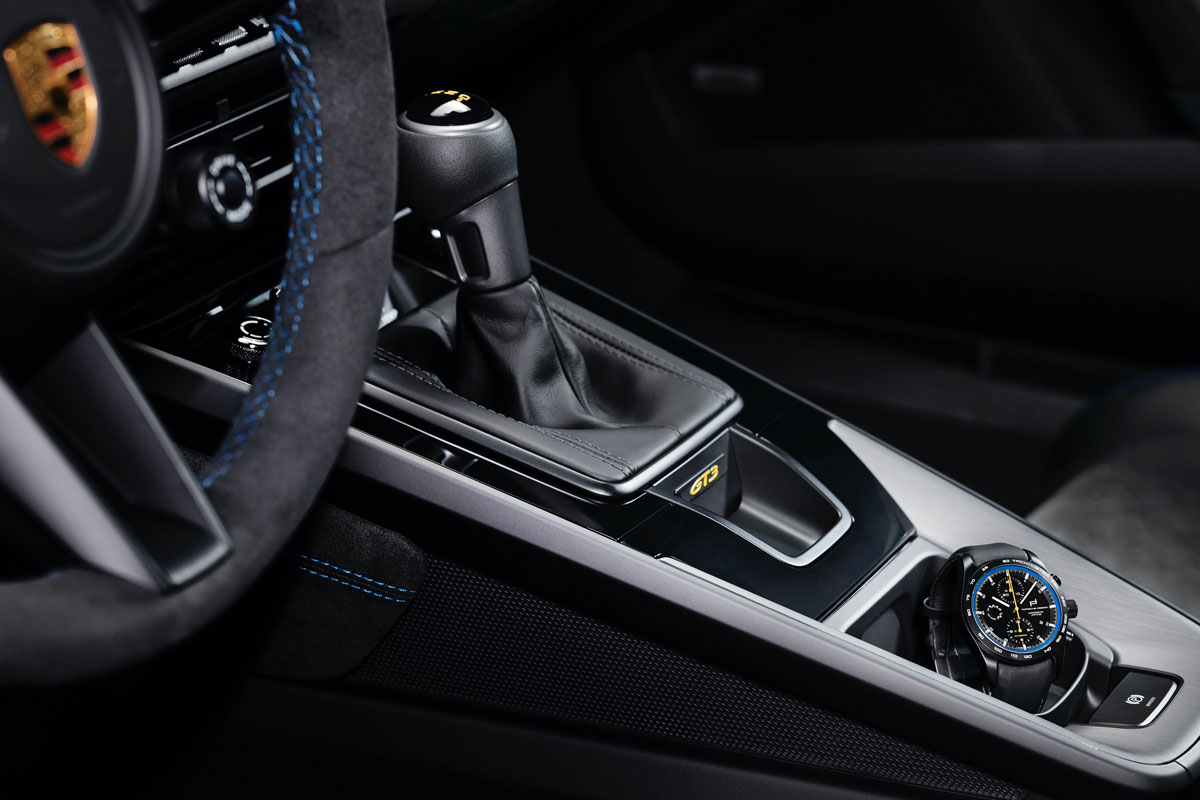 On the aerodynamic front the 911 GT3 features a distinctive swan neck rear wing and diffuser, which drastically increases down force for high speed cornering. Low weight also adds to the go-fast formula, thanks to a carbon fibre bonnet, lightweight glass, lightweight exhaust system and forged light-alloy wheels. This level of refinement has allowed the new model to lap the Nurburgring a staggering 17 seconds faster than its predecessor.

The interior echoes a similar racing DNA in fine detail. The latest addition is a new track screen, which appears at the touch of a button on the digital cluster display. The central rev counter, which reaches 10,000 revs per minute is flanked by information such as tyre pressure, oil pressure, oil temperature, water temperature and fuel levels – everything needed for a productive track day. Porsche has even added a visual gear shift assistant from their Motorsport program, which features colour bars on the screen to tell drivers the optimal shift time.

At the GT-spec level, owners are increasingly demanding more customisation options and Porsche has listened. Through Porsche Exclusive Manufaktur, customers are able to add a lightweight roof made of exposed carbon fibre, exterior mirror covers in carbon fibre, darkened LED matrix main headlights and matching Exclusive design rear lights with an arc of light with no red components.

Rounding out the 911 GT3 ownership experience is the option for customers to purchase a matching chronograph timepiece with a case made from lightweight titanium by Porsche Design.

Deliveries of the new 911 GT3 will begin from May 2021. Those interested can visit Porsche.

Read next: Head of Porsche 911 talks about the extinction of the iconic model