One of the most respected names in the game could be facing its biggest challenge yet: electrification. We spoke exclusively to Porsche’s Dr Frank-Steffen Walliser to find out how the 911 Turbo name plans to live on. Twist the little steering wheel dial to ‘S+’. Hold the brake pedal with your left foot. Floor the accelerator with your right until the gauge reads 5,000rpm. Listen for a deep rumble. Release the brake. Wait for your eyeballs to adjust as the horizon disintegrates into a violent blur. A magic number ticks over: 300km/h.

The brains over at Stuttgart have seemingly made light work of reaching ludicrous speeds. That’s no surprise given that Porsche is in the business of making things go fast, but rarely does civilian life ever offer the chance to claim 300km/h without a complementary jail sentence.

A day at Sydney Airport’s vacant runway 34R and zero speed limit with the new 2021 Porsche 911 Turbo S would see to it that this convention was overturned in thrilling fashion. It’s a special name that has helped propel Porsche to the top as the world’s most valuable luxury brand, beating established players like Louis Vuitton, Cartier and Rolex.

The CEO Magazine spoke exclusively to Porsche’s Dr Frank-Steffen Walliser, the Vice President of model line 911 and 718, to find out how he plans to save the 911 from extinction as the world prepares for the era of electric cars. 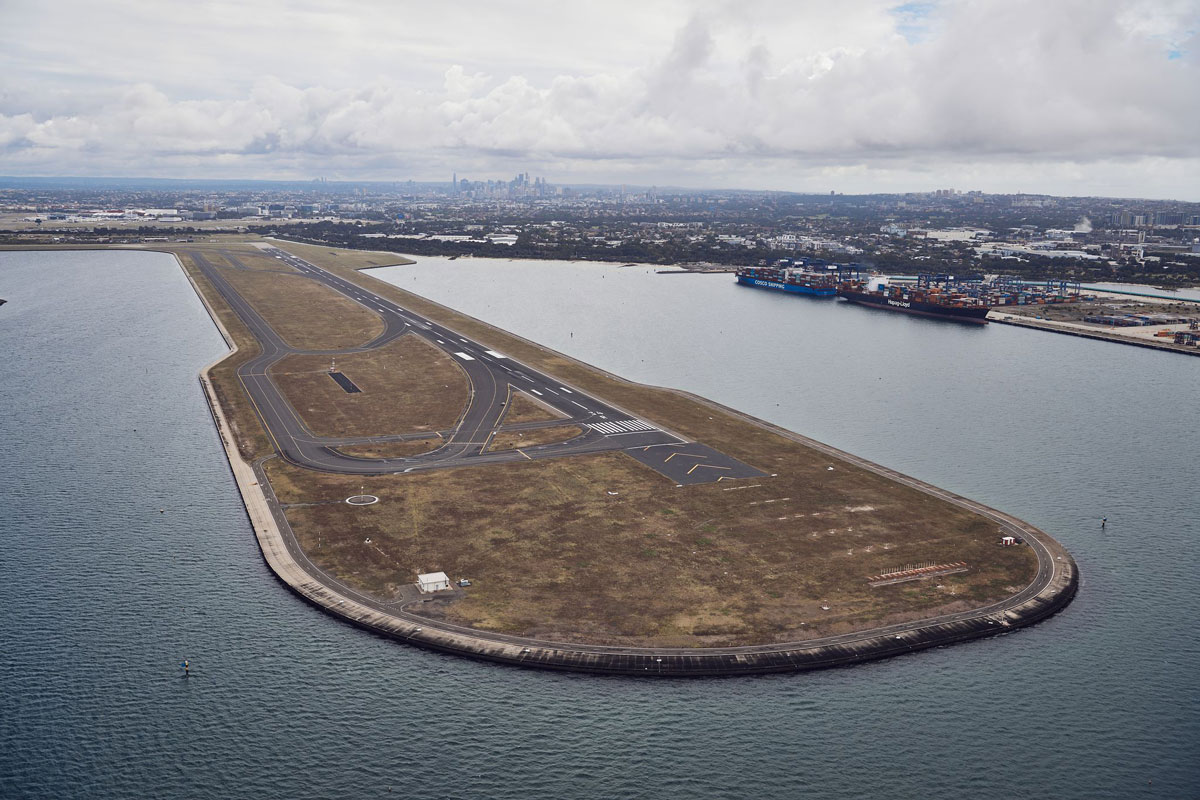 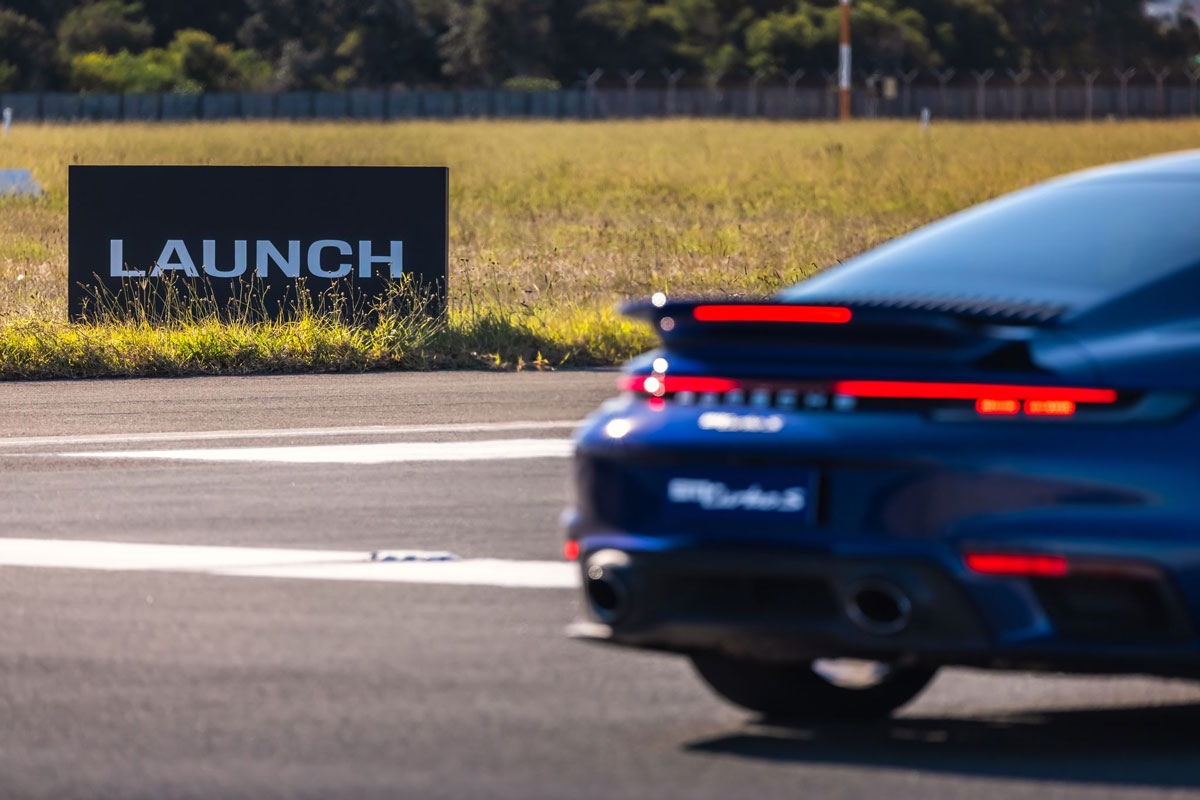 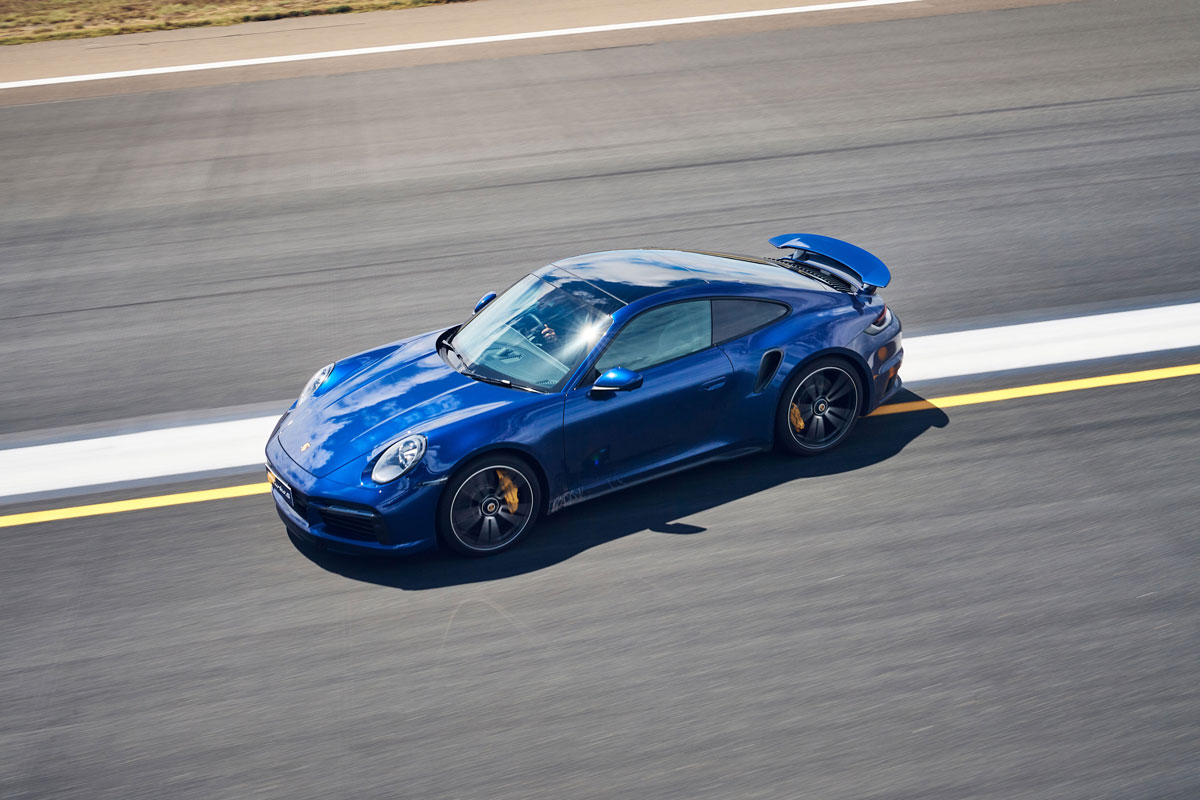 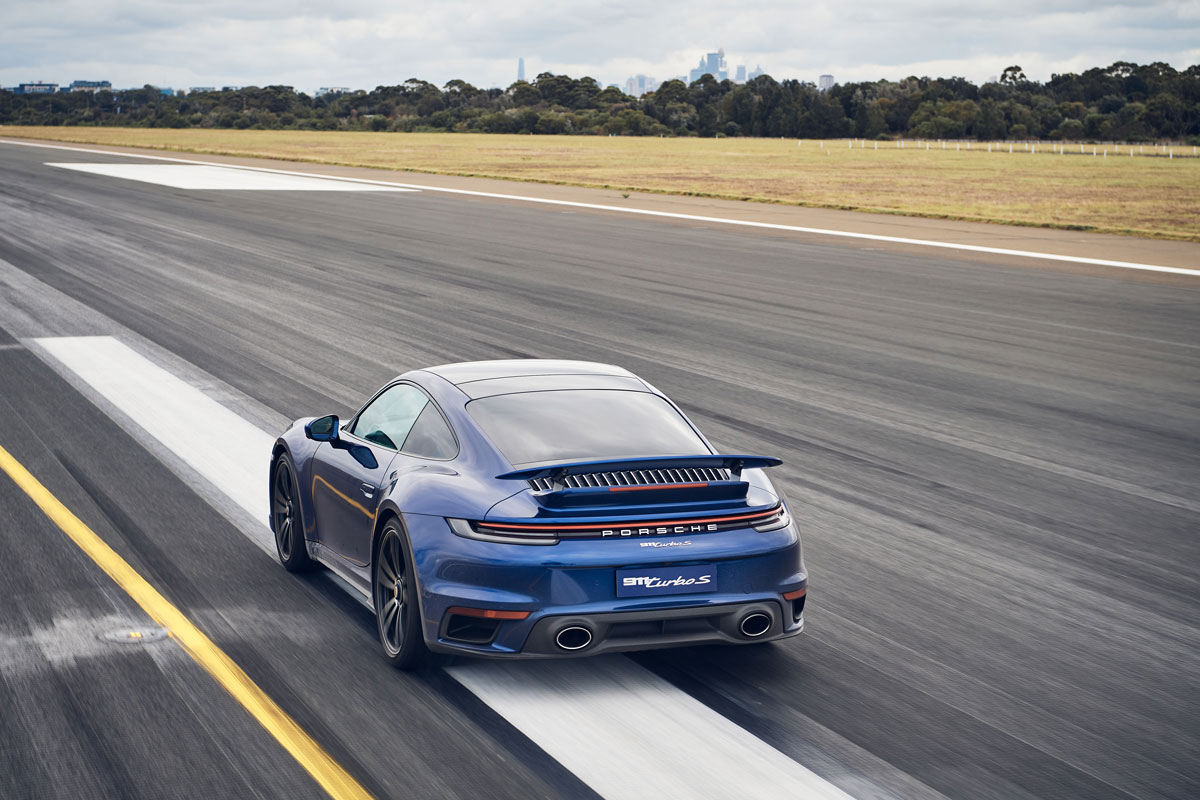 The latest 911 Turbo S is an enigma of sorts. In a bid to create the perfect sports car, Porsche has come up with a machine that is scarily capable while also being comfortable and suitable for daily driving. Plenty of manufacturers lay claim to this but not many can boast about genuinely reaching a top speed of 330km/h while looking completely docile among a sea of peacocks at a standard supercar meet. And that’s the secret weapon of the new 992 911 Turbo S. It’s a sports car geared towards those who simply want to enjoy their supercar without the usual fanfare or worry of ownership.

“The name ‘Turbo’ does not only describe the technology of turbo-charging a petrol engine. It stands for the top of the line model; for being superior, for showing what’s possible.”

Dr Frank-Steffen Walliser exclusively told The CEO Magazine that this is what the evolution of the 45-year-old 911 Turbo design is all about. 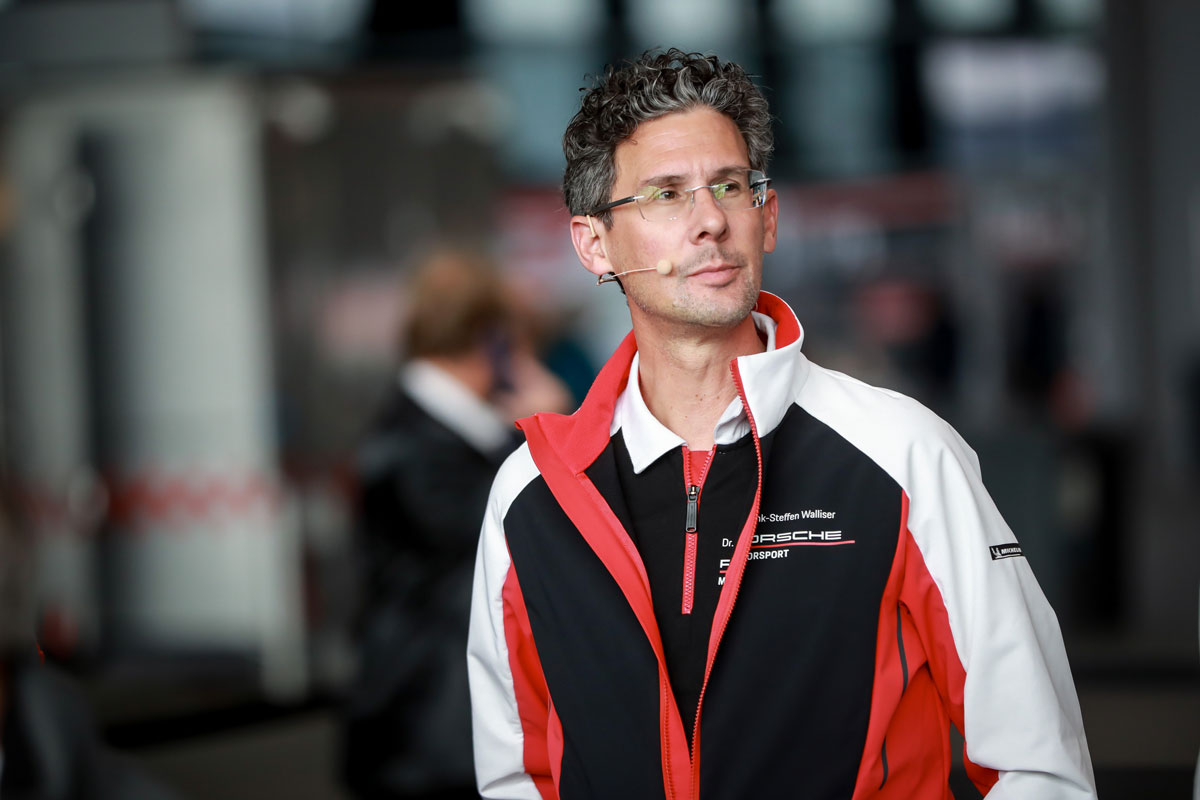 “An impressive front without being aggressive, a retractable wing to optimise the downforce and a wider rear to get bigger wheels on the car. It is clearly a 911 and it is very clearly a Turbo.”

Where it differs from the hardcore GT models is its deliberate sidestep from just being a race car with numberplates.

“It’s a perfect daily drive with excellent traction, great driving dynamics and enough comfort to travel long distances. All this is expressed by its design,” says Walliser.

That’s in no way saying it’s lacking in its pursuit to be more relevant to a broader distinguished market. A twin-turbocharged 3.8-litre flat-six engine is capable of delivering 478kW of power and 800Nm of torque to all four wheels via an eight-speed PDK gearbox. These appointments ensure the 911 Turbo S can easily dispatch the 0-100km/h sprint in a blistering 2.7 seconds. And it’s not even Porsche’s fastest model yet. 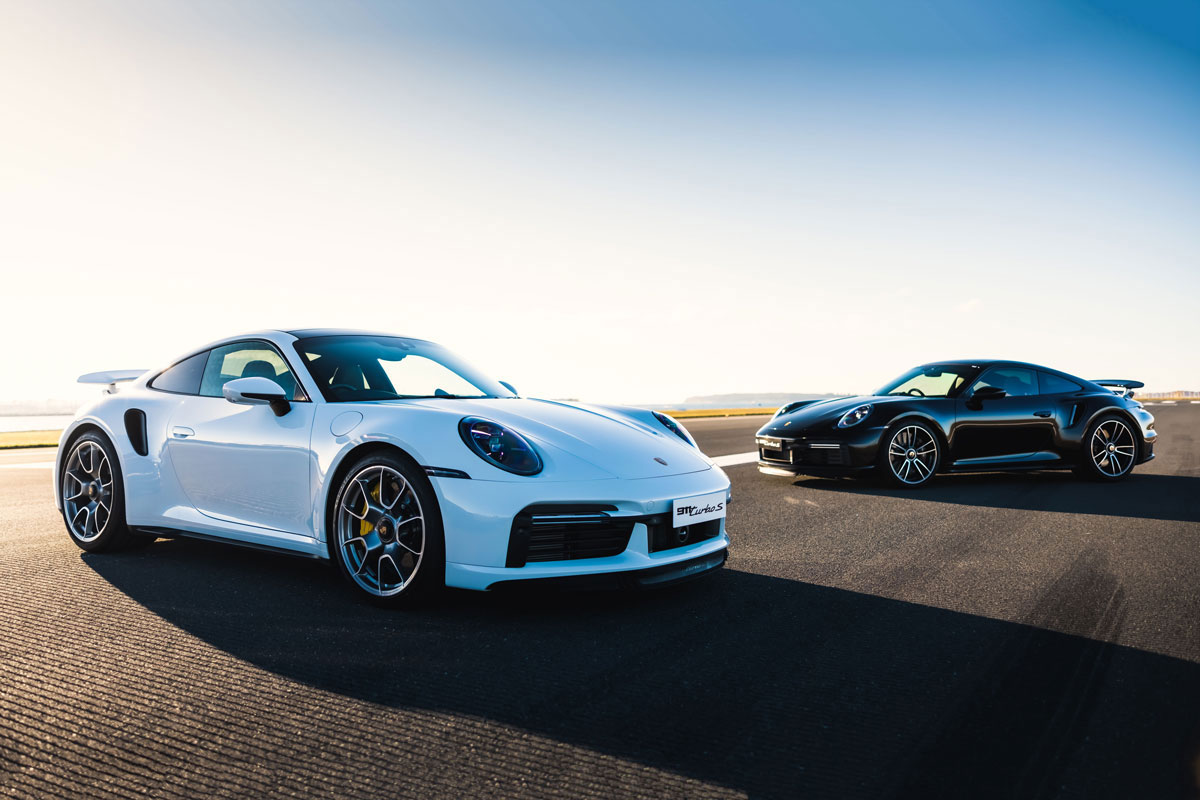 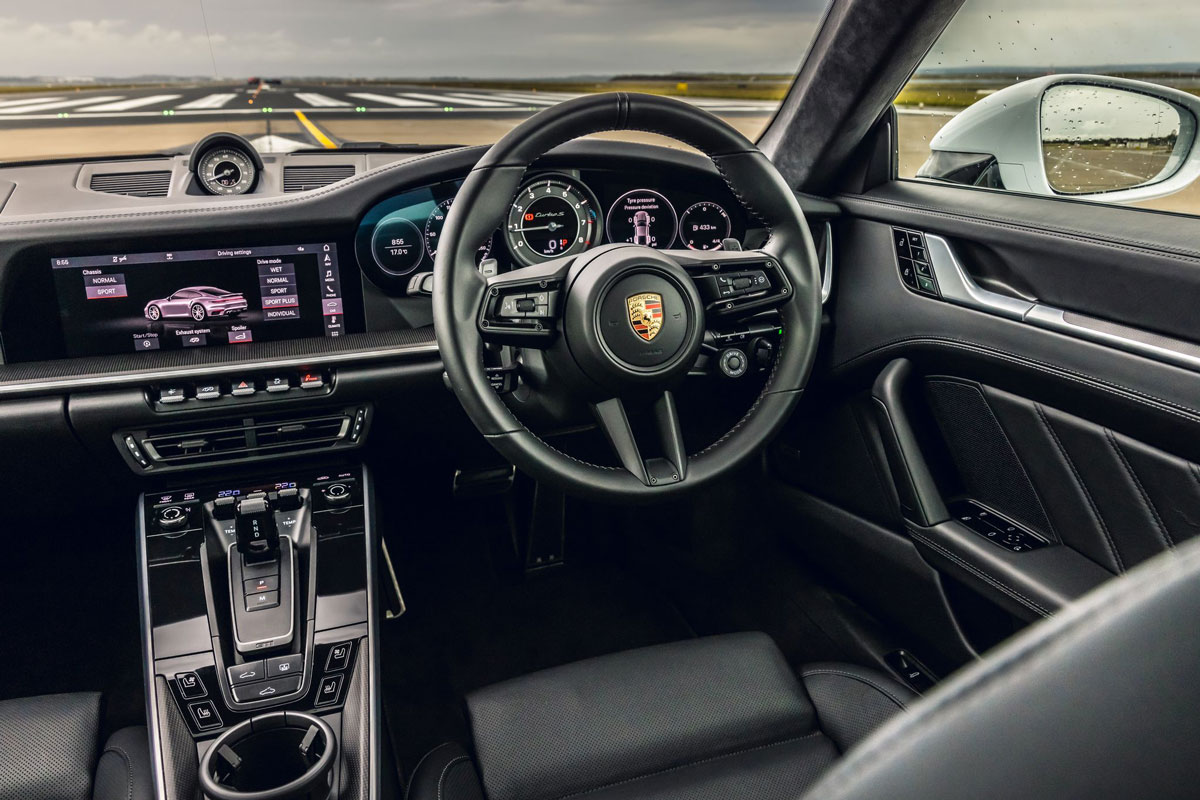 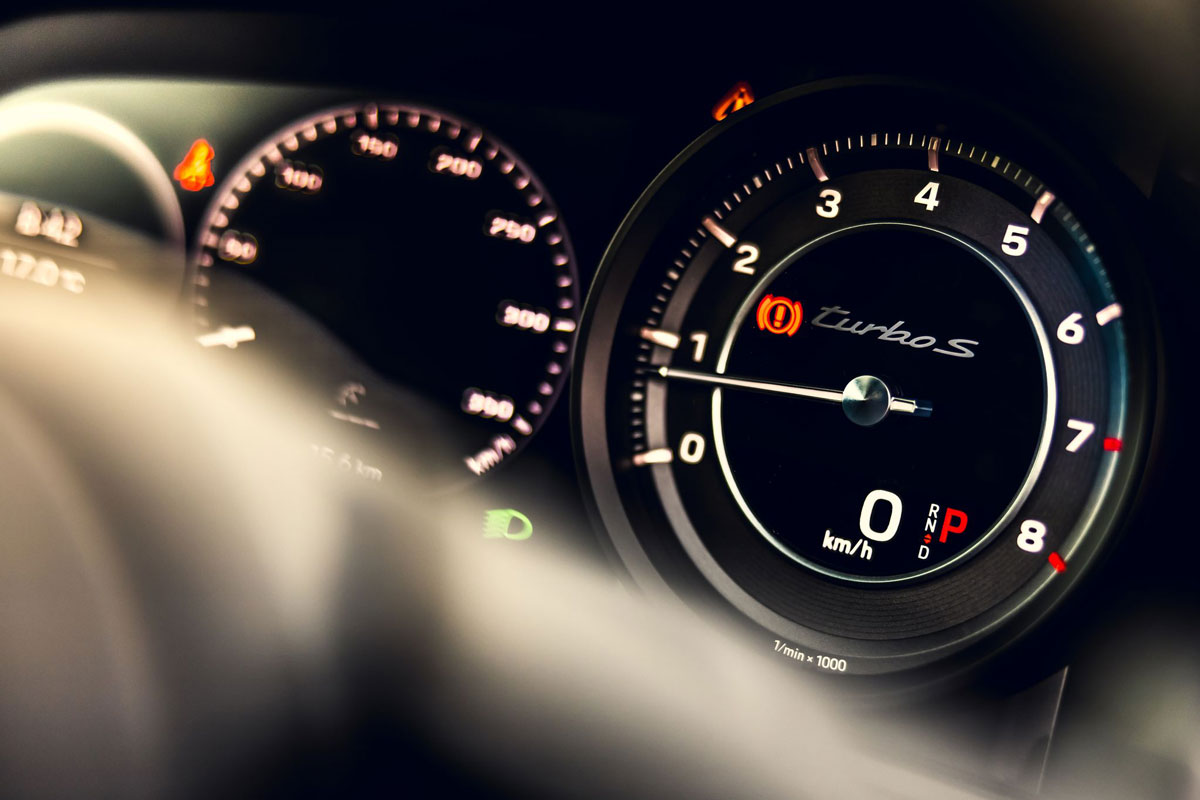 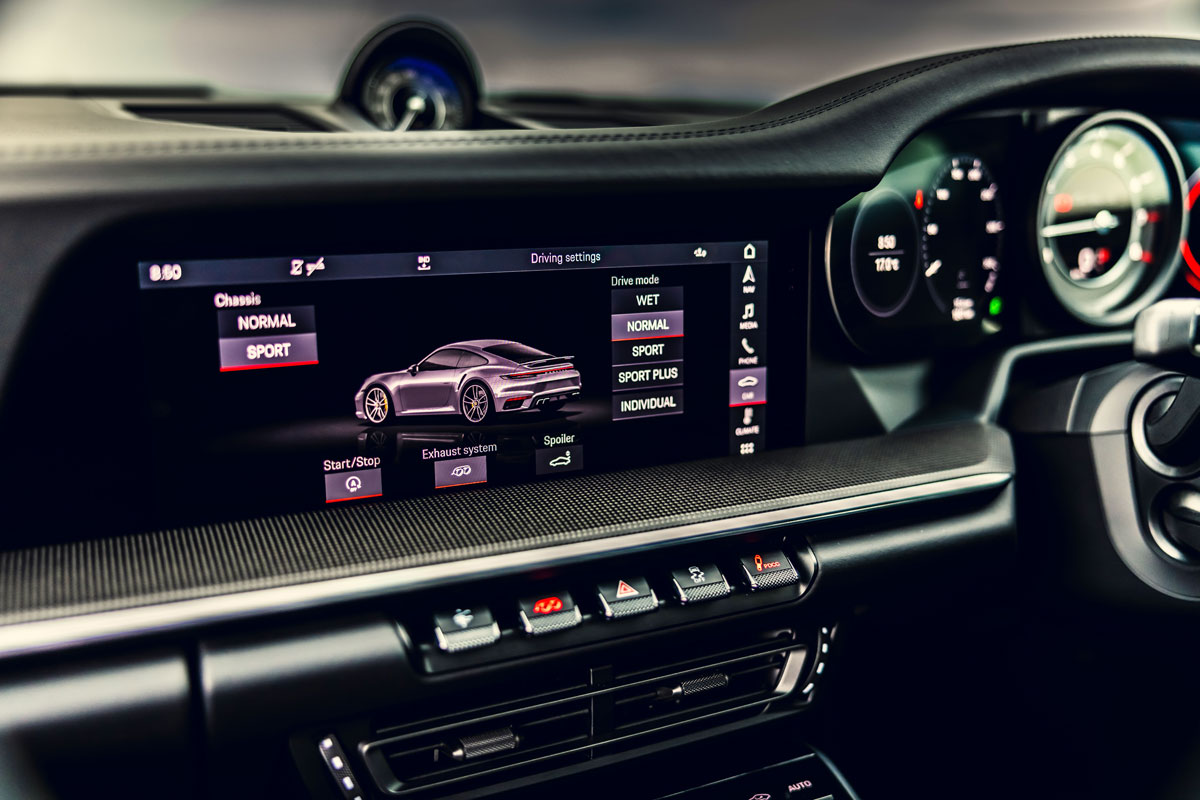 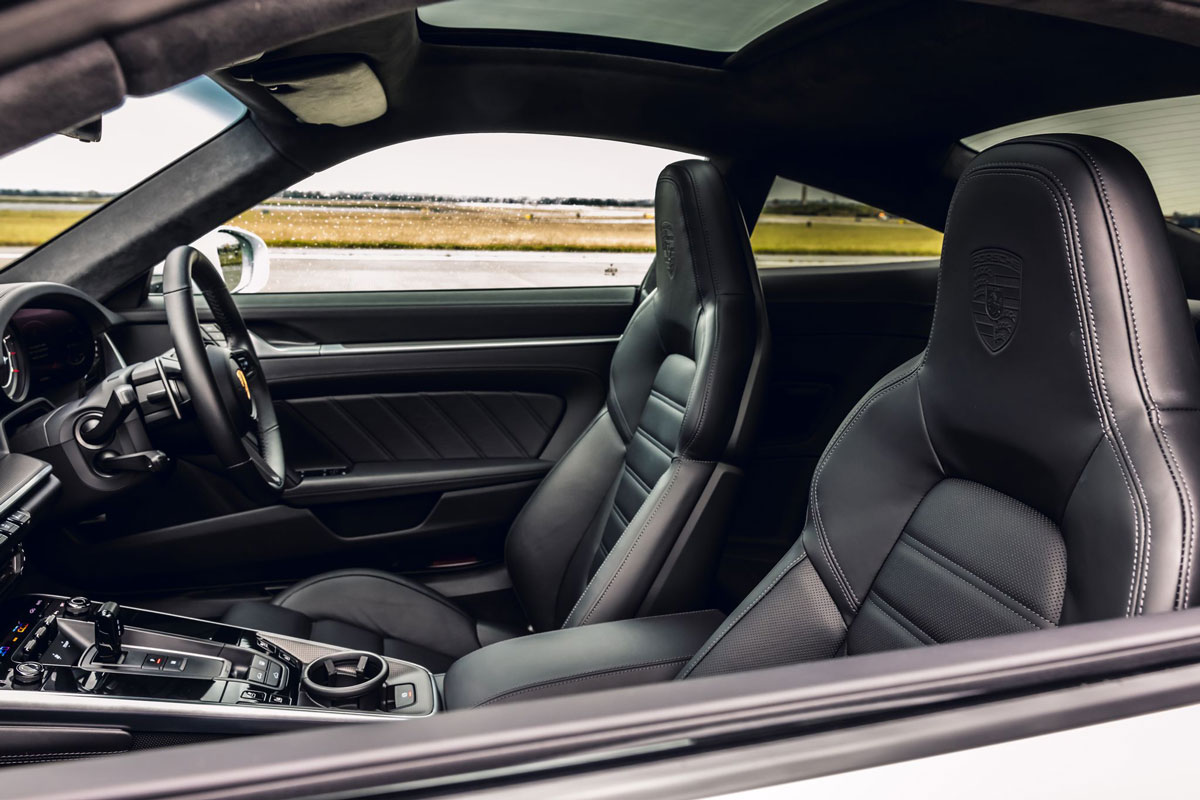 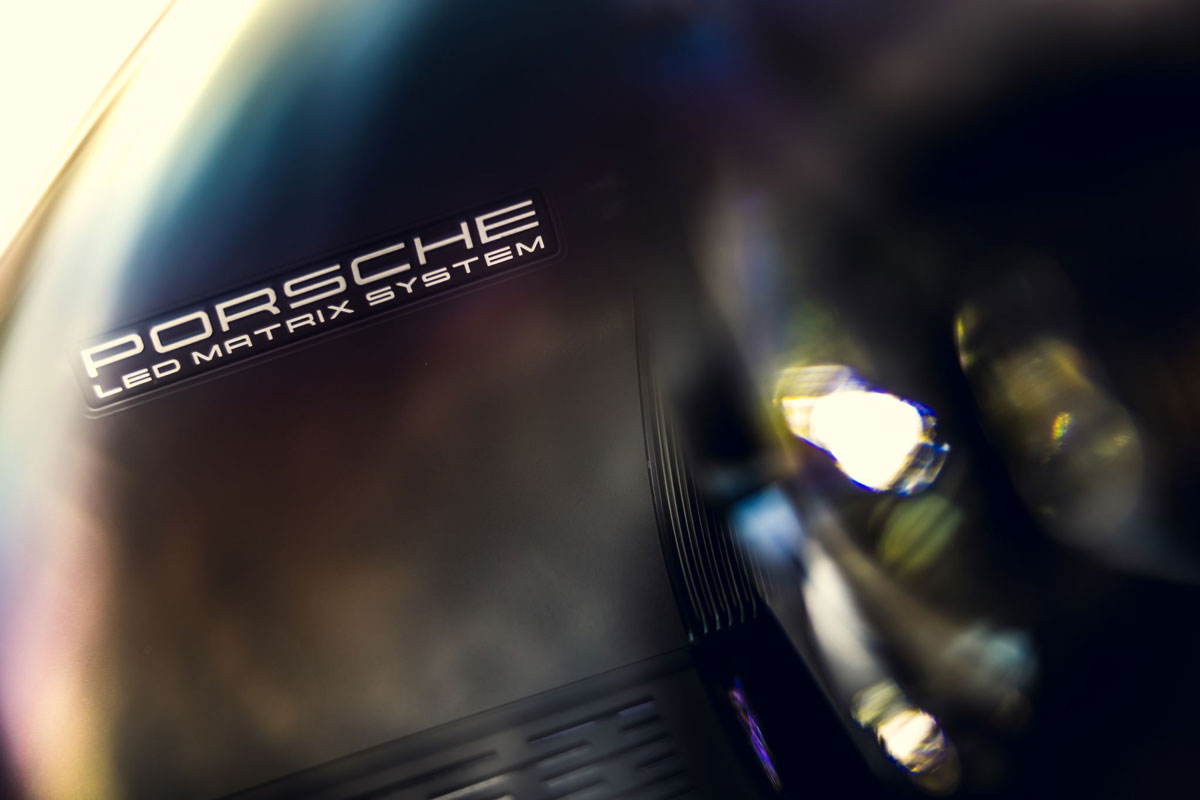 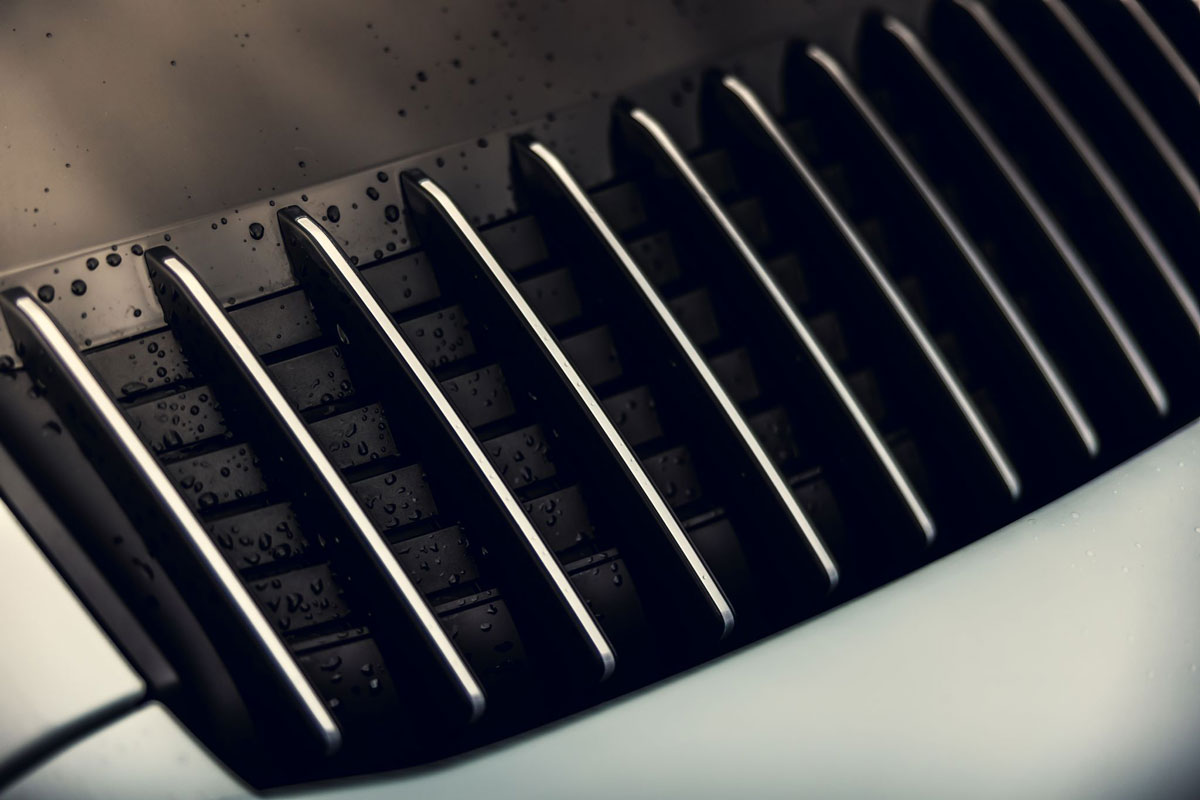 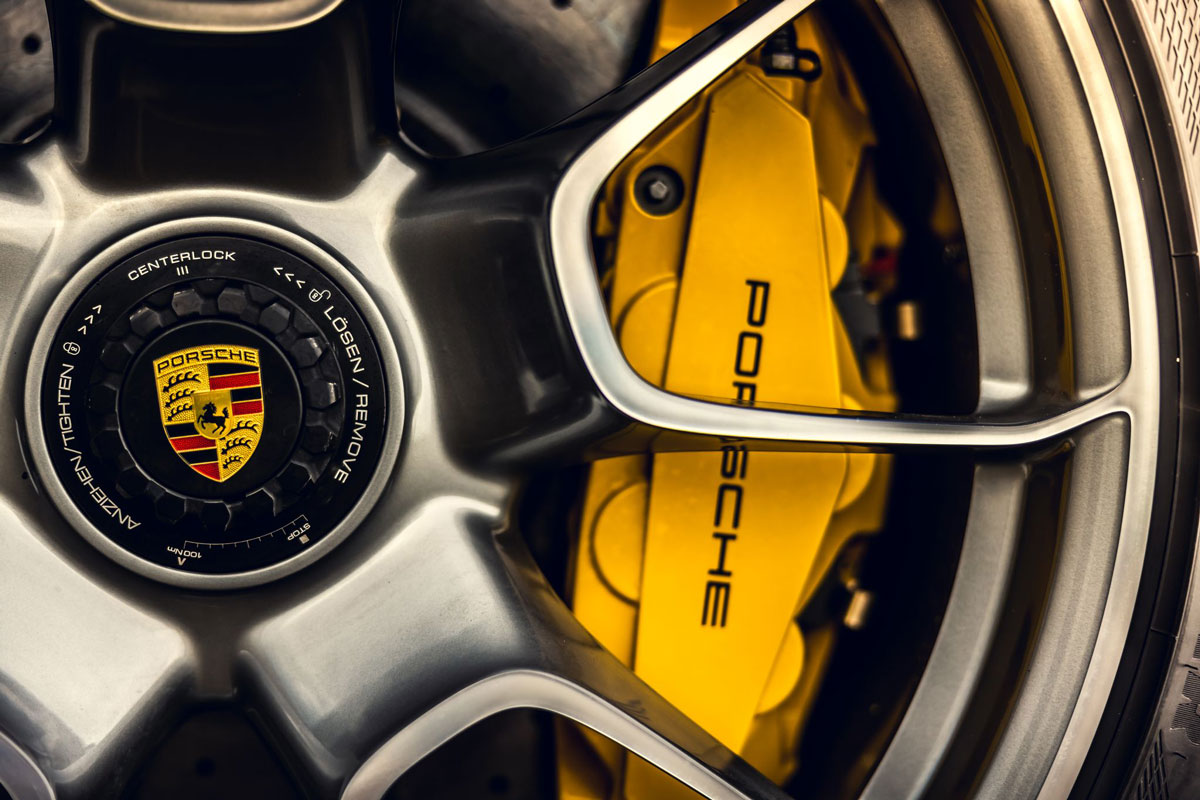 Since its debut in 1975, the 911 Turbo has built a reputation as a driver’s car. It’s the type that enthusiasts harp on about for its ability to deliver unadulterated driving thrills. Fast forward almost five decades and the 911 Turbo S today comes with advanced trickery like active aerodynamics and active suspension. Could these technological driver aids take away from the original 911 Turbo driving experience?

“No, we do not worry about it,” Walliser says.

“It is an engineering goal to make the car easy to drive and to make the driver feel like a hero. We consider this also as an active safety feature because the driver can always control the car. On the other hand, this acts as a perfect feedback to the engineering achievements.

“The cars can go much faster than the majority of our customers will ever do.”

Balancing the original 911 Turbo DNA with advancing technology certainly isn’t easy. The subject forms an integral part of Walliser’s daily work, especially the question of what eventually fits the 911 ethos and what is overkill.

“There is no design guide within Porsche, but a lot of feeling about the car and its history. The 911 Turbo has been on the market for 45 years now and we continue to improve it from generation to generation.

“It is the sports car we always introduce new technologies into first. The 911 Turbo is always the benchmark in the automotive industry among sports cars and this is an important part of its DNA.”

Those after more hardcore versions like the 911 GT3 RS and GT2 RS will have to be patient for now. Excluding the engineering process, every derivative takes around 18 months to design and rollout, depending on the number of modified parts, according to Walliser.

Extinction of the 911 Turbo

An electric future is inevitable in the automotive world. Given that the 911 Turbo legacy was built off the back of the internal combustion engine, it raises the question of whether the model could one day cease to exist entirely.

“Maybe one day this could be the truth but, at the moment, we cannot see the end for a sports car like the 911 Turbo,” says Walliser, who believes that synthetic fuels could be a viable solution for the future of sports cars.

“The name ‘Turbo’ does not only describe the technology of turbo-charging a petrol engine. It stands for the top of the line model; for being superior, for showing what’s possible.

“This is why we also use it for the flagship versions of the fully-electric Taycan models.”

Proof that Porsche has no plans to retire the 911 Turbo anytime soon also comes in the form of their latest collaboration with Brazilian aerospace company, Embraer. The two companies recently debuted the ‘Duet’ – an exclusive project which sees a custom Embraer Phenom 300E business jet accompanied by an aesthetically matching Porsche 911 Turbo S.

With a limited run of 10 examples, the unique Porsche can only be purchased once a customer secures an Embraer Phenom 300E business jet.

Each ‘Duet’ 911 Turbo S features a complex two-tone paintwork in Platinum Silver Metallic and matte Jet Grey Metallic with trim strips in Brilliant Chrome and Speed Blue. A bespoke logo designates the partnership while the body takes its cue from aerodynamics and is made up of a stylised aeroplane wing of the Phenom 300E and the rear wing of the flagship 911 from the Sport Design package.

Exclusive alloy wheels, a matching interior colour scheme, illuminated ‘No step’ lettering on the door sills and Porsche Design luggage signifies a partnership that serves up two of the highest-performing models from both companies to date.

More importantly, it’s an indication that the 911 Turbo will still be given legs to run well beyond the scary electric revolution.