Ferrari Roma is a glimpse into the future of understated luxury

The new Ferrari Roma is showcased as one of the most exciting contemporary coupes to ever roll out of the Maranello marque. It’s also one of the biggest hints of Ferrari’s future design language. 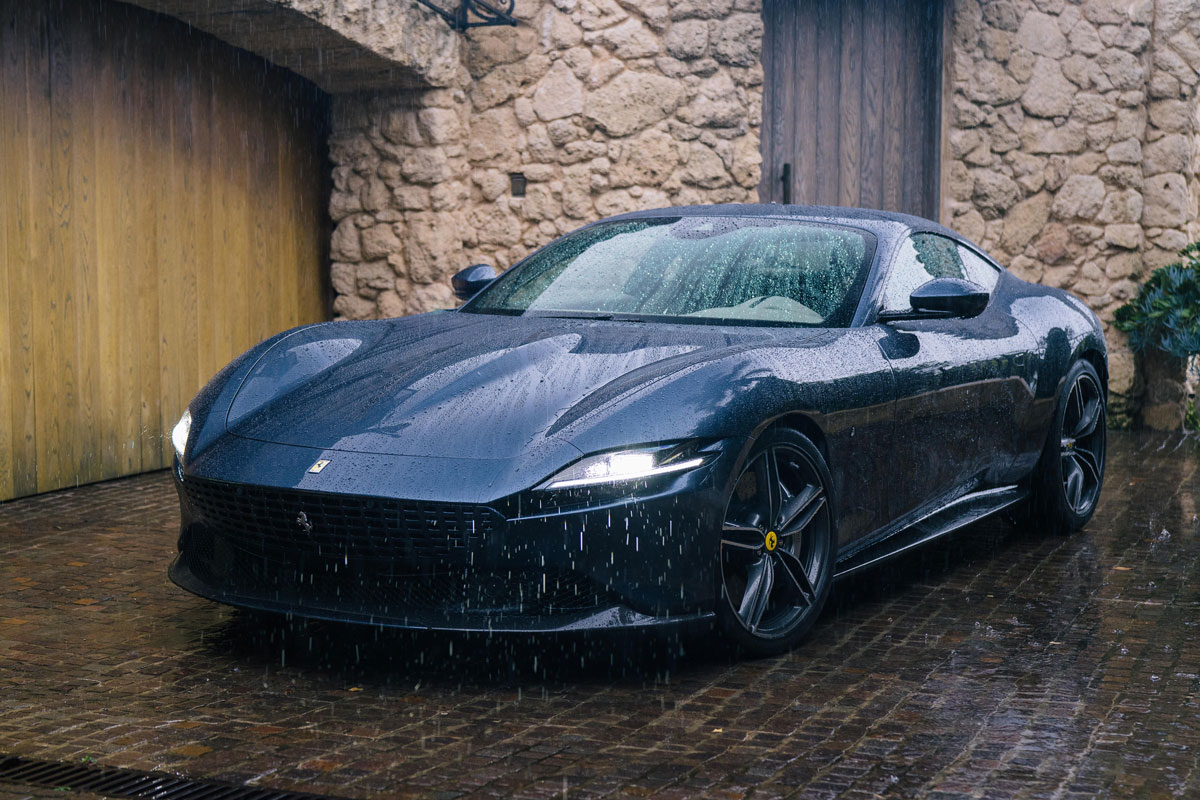 With such a rich racing pedigree behind the prancing horse moniker, it’s easy to forget that Ferrari is equally capable of producing elegant luxury cars alongside ones that are simply built for going fast.

The Ferrari Roma is a perfect example of this timeless design code, an automotive movement that was set in place during the golden years throughout the 40s, 50s and 60s. President of Ferrari Far East and Middle East Hubs Dieter Knechtel is someone who doesn’t believe that the marque’s pursuit for racing glory and elegant design are exclusive to one another.

“Hybrid technology will play an important part in our range and sports cars will be an interesting application because of the performance aim we have.” – Dieter Knechtel, President of Ferrari Far East and Middle East Hubs

“I do not see it as a contradiction of racing heritage, just another pillar of our heritage,” he says of the new Roma. “It’s about giving people another choice, those people who love powerful cars and are excited about driving a Ferrari but prefer the understated luxury.”

Without a doubt the new coupe looks different to plenty of modern Ferraris that came before it. For starters, there’s no iconic crest to be seen anywhere on the side of the car, a minimalist design move that harks back to the classic front-engined Ferrari 250 GT Lusso from the 1960s. 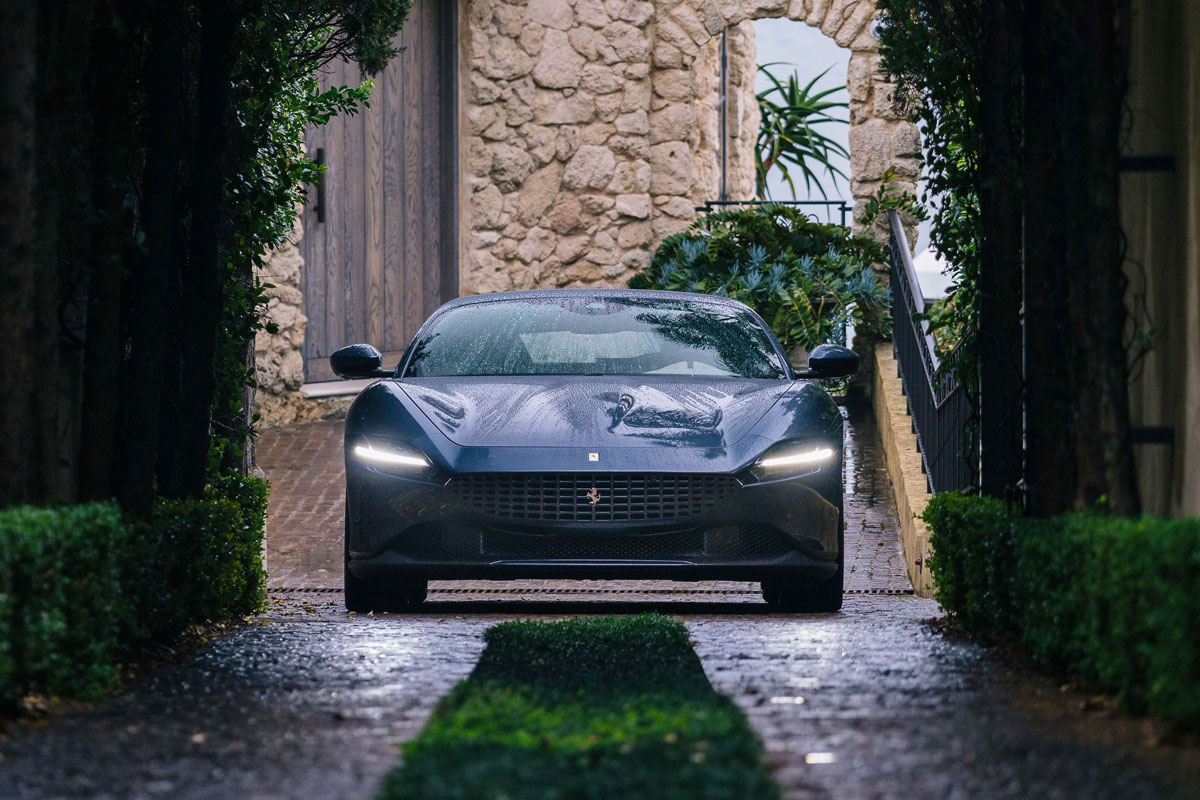 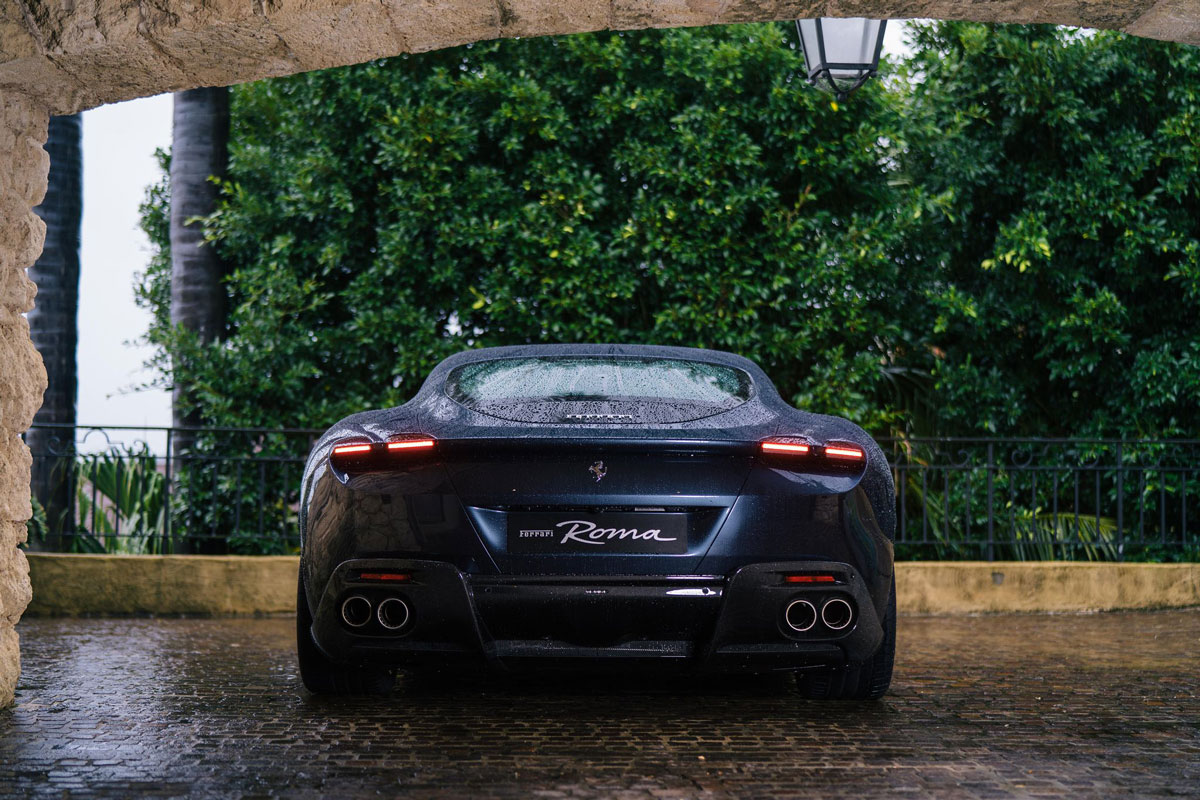 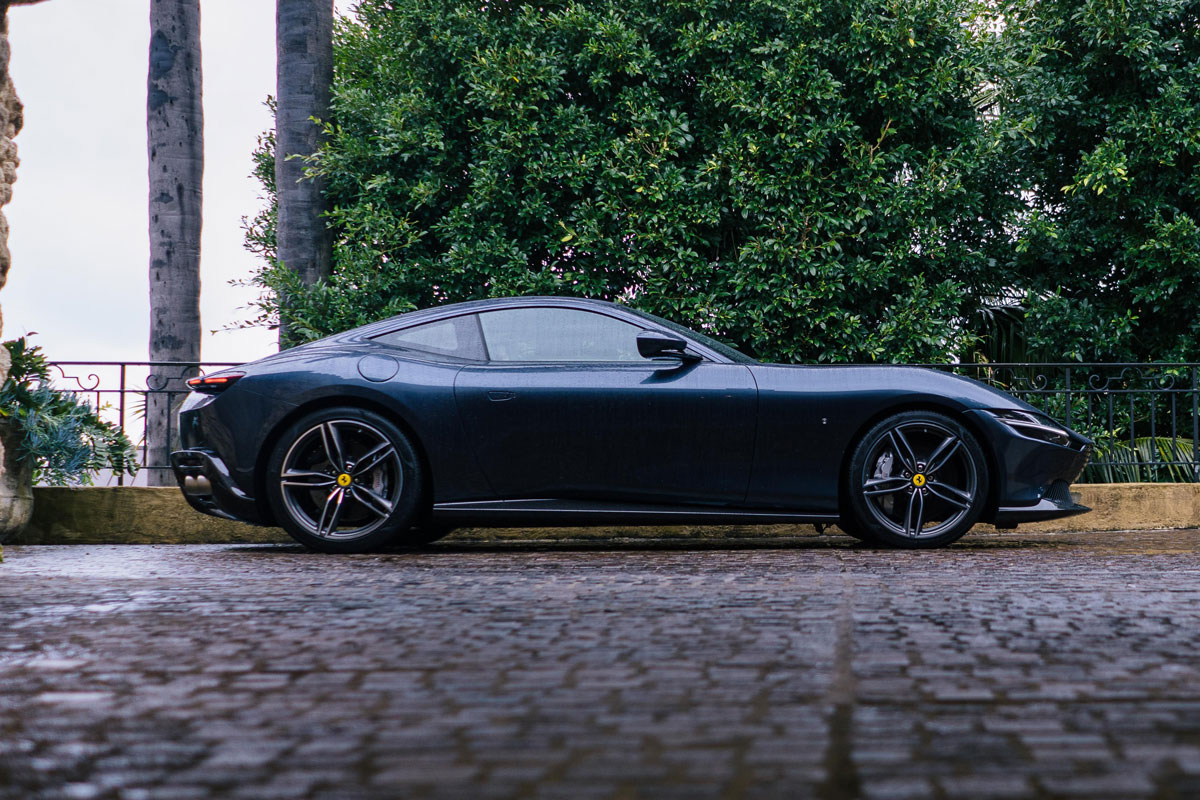 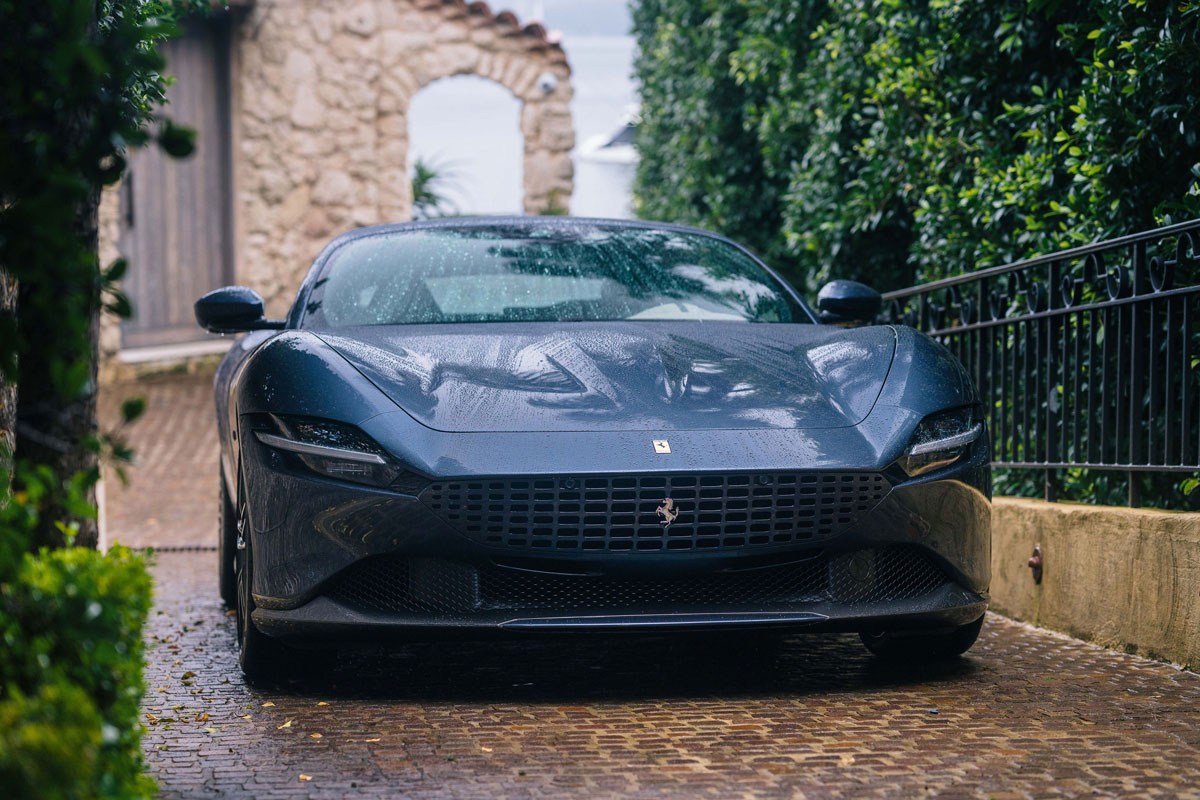 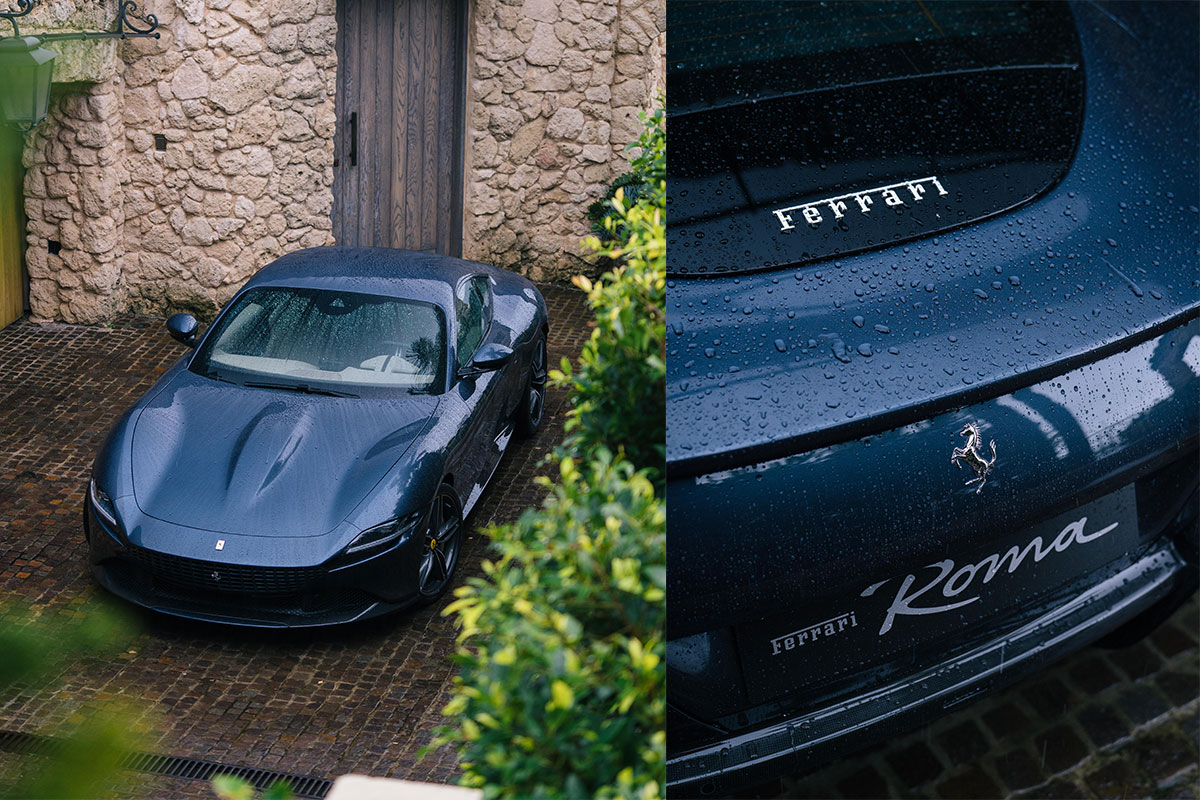 The heritage design DNA further extends into the cabin with a two-plus seater coupe layout. Think a leisurely drive through Rome in summer. Its contemporary influence comes in the form of a striking new front fascia, which looks like it’s been sculpted from a single piece of metal to create a seamless and overhanging shark nose effect.

Even the unique front grille design is worth a notable mention thanks to the removal of vents or superfluous decorations. The Ferrari Styling Centre ensured that the Roma’s proportions were the real highlights with elegant volumes and fluid lines replacing splitters, air vents and wings. Knechtel assures fans that this level of refinement won’t compromise what’s at the heart of every Ferrari.

“It’s still a true Ferrari and we will never launch a car that will compromise the key principles of top-notch performance, cutting-edge technology and Ferrari driving emotions behind the wheel,” he says. 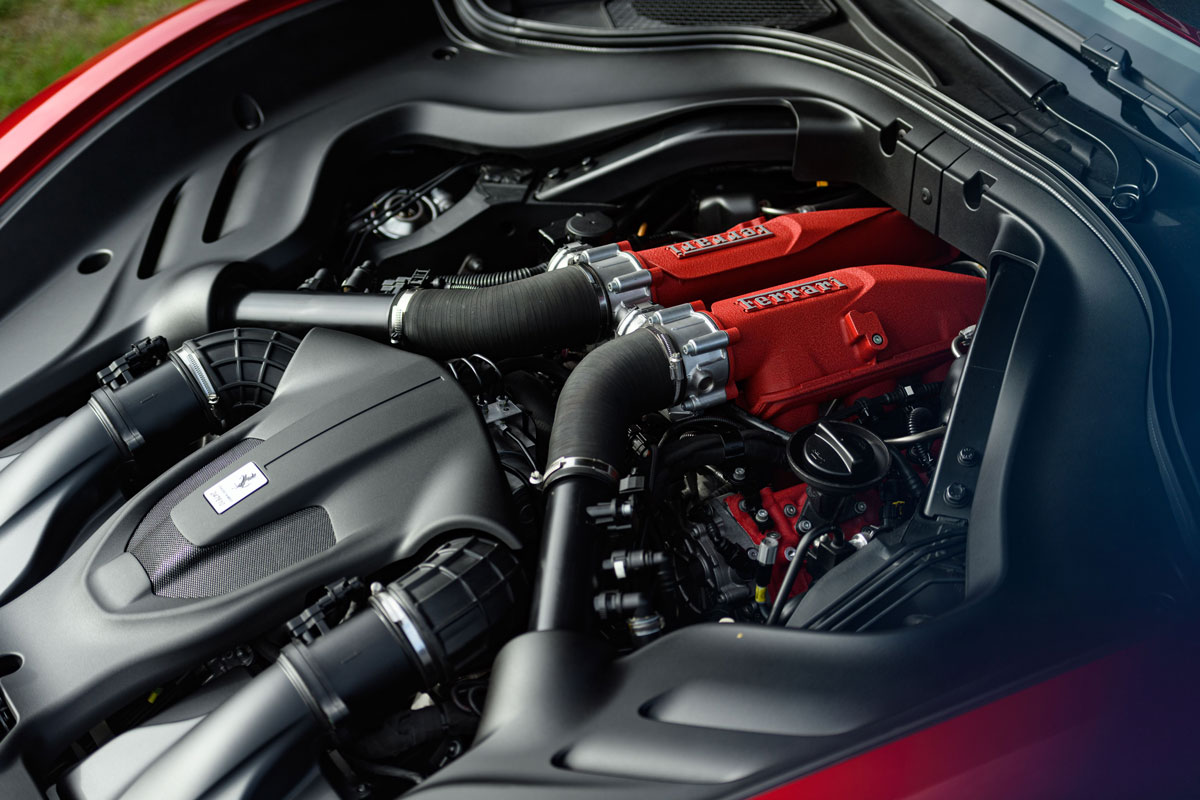 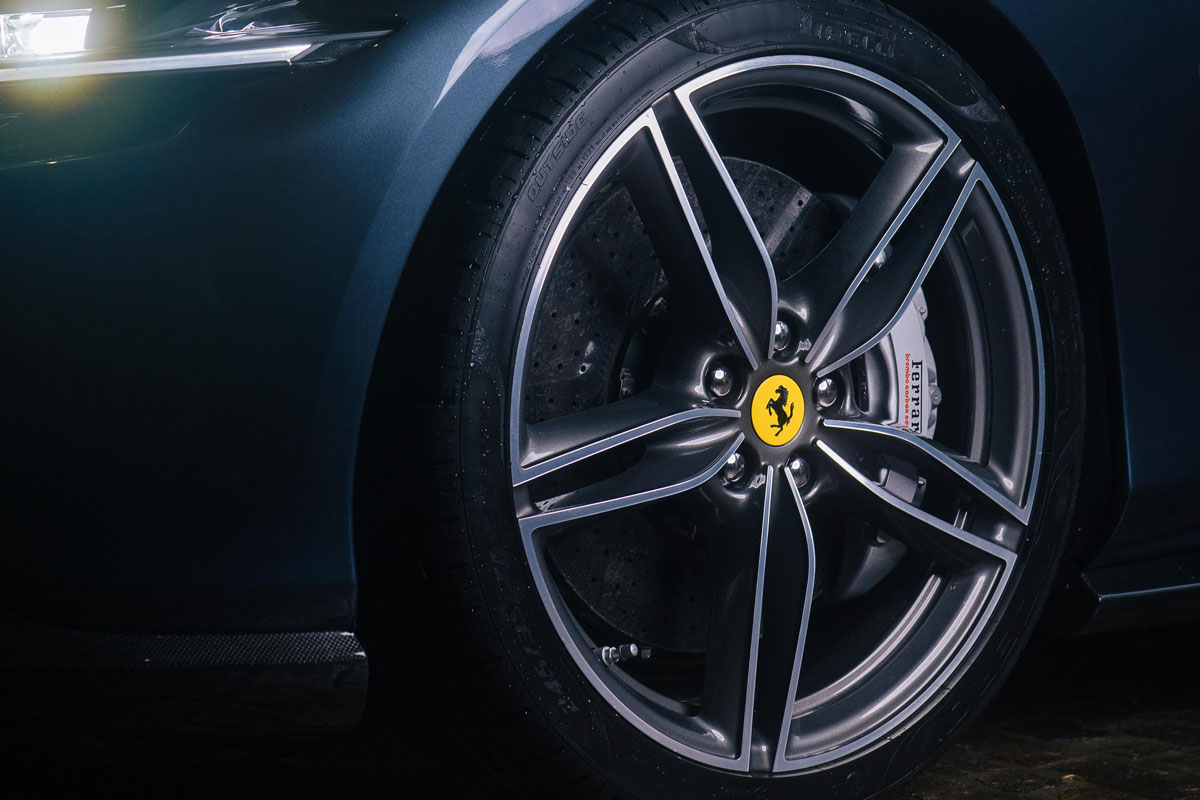 On the technical front, the car features Ferrari’s proven 3.9-litre twin-turbo V8 engine paired with a new eight-speed dual-clutch gearbox that’s both lighter and faster. Even the Roma’s soundtrack has been enhanced with a revised exhaust system that adds a bit more character. All of these equate to a 0–100km/h sprint time of 3.4 seconds and a top speed of over 320km/h. Active aerodynamics is also part of the package to keep the car stable at the higher end.

On the inside, the car features a dual cockpit concept with functions organically spread out across the curved cabin for both the driver and passenger. A 16-inch virtual instrument cluster is beautiful to look at and is flanked by an 8.4-inch portrait-style touchscreen atop the centre console. The steering wheel is a work of art with beautifully illuminated controls and a manettino switch, which can shift between Wet, Comfort, Sport, Race and ESC-Off modes. Welcome driver aids include predictive braking, a surround view camera system and stylish Matrix LED headlights. 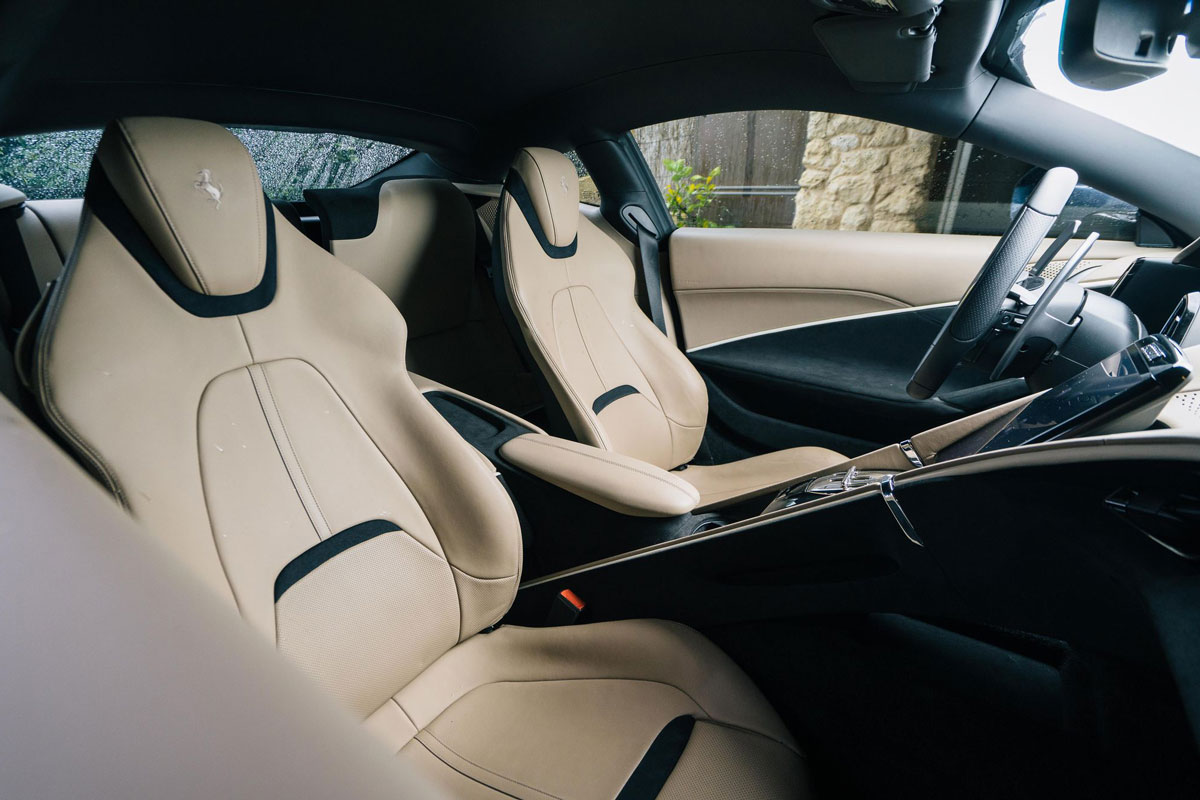 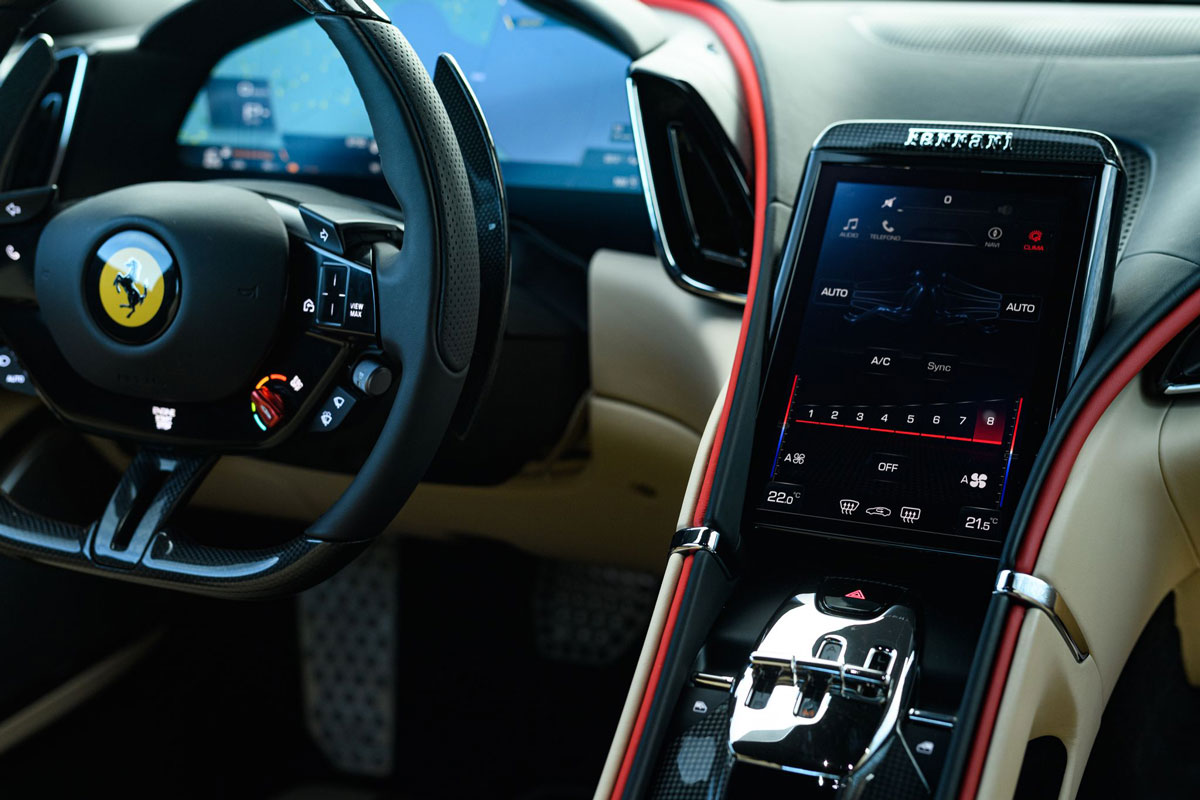 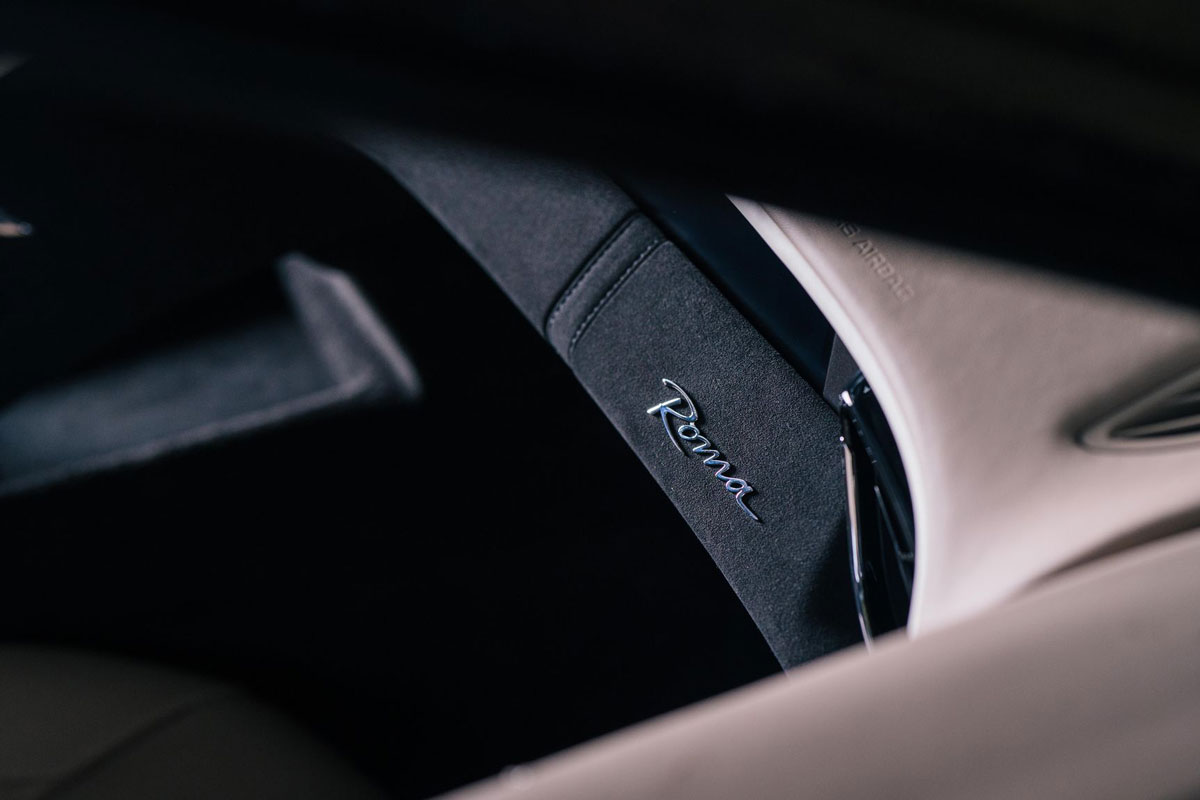 The two-plus seating aspect of the car should, however, be taken lightly as adults will barely be able to fit in the rear without having to tilt their heads due to the sloping roof. In other words, it’s reserved for children only. The boot capacity is standard for this type of car and comes in a 272L that is extendable to 345L. This is best suited for weekender bags on short trips.

Given the bold departure from traditional Ferrari design, the question arises of whether future grand tourers like the Roma will be ushered towards hybrid technology under ever-tightening global emissions regulations.

“The implication of hybrid technology into our range is purely driven by the aim to increase performance,” Knechtel explains.

“Hybrid technology will play an important part in our range and sports cars will be an interesting application because of the performance aim we have.

“Grand touring cars, to which extent this technology will be used, is still to be announced in detail. Not every grand touring car in the range will be equipped with a hybrid engine.”

The underlying requisite for hybrid application into future Ferrari models remains dictated by what the Italian sports carmaker wants to achieve with every model launch.

“I wouldn’t exclude it in grand tourers, but sports cars definitely are the key focus in hybrid technology,” Knechtel adds.

“Our CEO has mentioned that we believe the forecasts to be by the end of 2022. That is when 60% of our range will be equipped with hybrid technology. So we’re on the path towards this landing point.”

As for fully electric powered Ferraris to take on the likes of Tesla and Pininfarina, Knechtel admits that it has thus far only been a “discussion” and “study”.

“We are not there yet and there’s no rush. It certainly would not happen before 2025.”