Aston Martin, Jaguar and Ferrari among luxury cars to watch in 2020

Treat yourself to a special set of wheels in 2020. 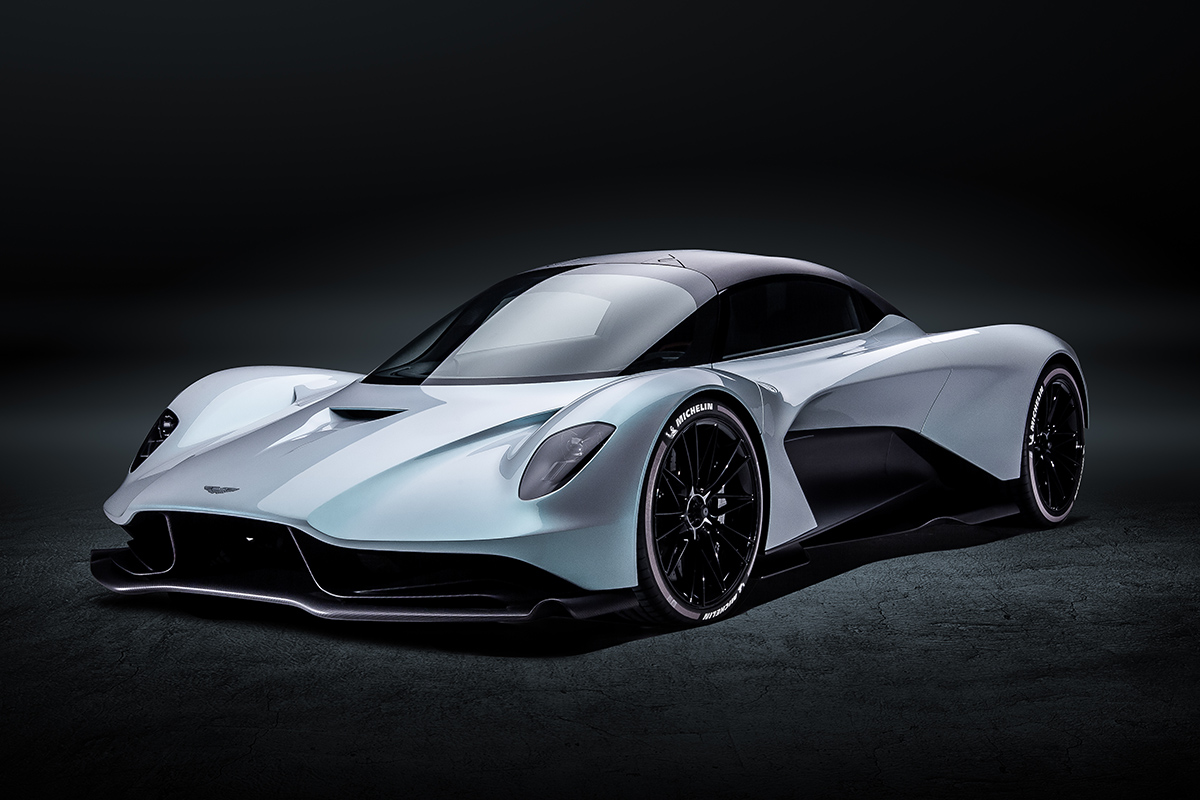 Hear that jangling noise? All that loose change in your pocket is looking for something useful to do, like maybe replacing the clunker in your garage with something new and shiny, something with handy accessories like whiplash performance, or ridiculous luxury fittings, or a power socket instead of a hole to pour petrol into.

For that will be one of the big stories of new cars coming in 2020. Electrics and hybrids are on their way in increasing numbers and in much flasher garb as manufacturers rush to meet a market converting to the idea, now even making them halfway practical for the average punter as the tech gets smarter. No longer a miserable choice of little tin boxes – the electric motor now comes in sports, adventure or luxury models, adorned with iconic badges to suit.

So, what to spend your money on? Here are some ideas to loosen your purse strings and scratch that luxury/performance/style statement itch. You choose.

Showing some boldness and taking a chance, Jaguar has revealed that its XJ limo, which has been around since 1968, is going battery-electric for its next generation. It lost a lot of ground over the past few years, especially to BMW, Mercedes and Audi, so a bold move like this might be just the ticket to revive the XJ moniker.

Jaguar is investing hundreds of millions in the idea and will build it at its Castle Bromwich plant. If all goes according to plan, the first cars could roll off the line in late-2020.

Jaguar has shown good form in electrics, with its award-winning first BEV effort in the form of the iPace. And it signed a deal with BMW not long ago to cooperate on new electric motors, transmissions and componentry. So this electrolimo might be the shot in the arm the legendary Brit needs to grab more market share. 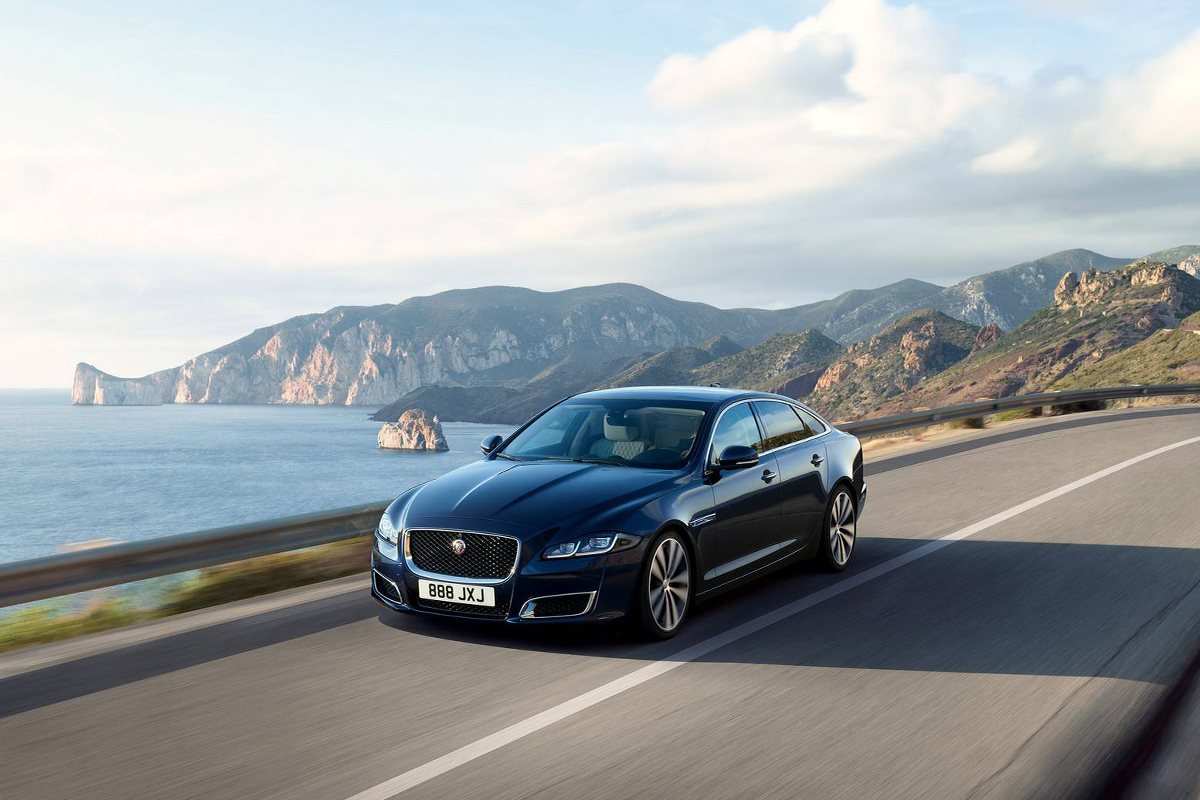 This one might tick several boxes for you – SUV, uber-luxury, three-pointed star, Maybach snob badge.

Mercedes is rolling out the Maybach name for another turn around the block, this time on an SUV – to keep up with the times, don’t you know. It’s based on the Merc GLS SUV – but stretched out and luxed up to reflect the ‘needs’ of its very rich clientele.

As you’d expect, the Maybach GLS features lashings of luxury features, including side sill panels with high-gloss aluminium running boards that automatically swing out so passengers can enter and leave effortlessly; sumptuous leather seats for four or five in the noise-insulated interior; reclining and massaging rear seats; and electrically operated roller sun blinds on the rear side windows.

You can order a fixed centre console in the four-seater with extended folding tables. Of course, you’ll want to include the refrigerator option perfectly sized for bottles of bubbles, and just in case you forget to bring the crystal, you can also order the optional silver champagne flutes.

Up front, the seats include what Mercedes has labelled an ‘energising seat kinetics function’, so passengers sit ‘actively’ by continuously changing the inclination of the cushions.

Naturally, even the cupholders are temperature-controlled.

The specially tweaked four-litre V8 engine will develop 410kW and 730 Nm of torque, and an extra 16 kW and 250Nm can be squeezed out of the EQ Boost function. It’s teamed with the Mercedes 9G-TRONIC automatic transmission.

The GLS Maybach will become available in the second half of 2020. Prices? Please don’t ask, it’s rude. 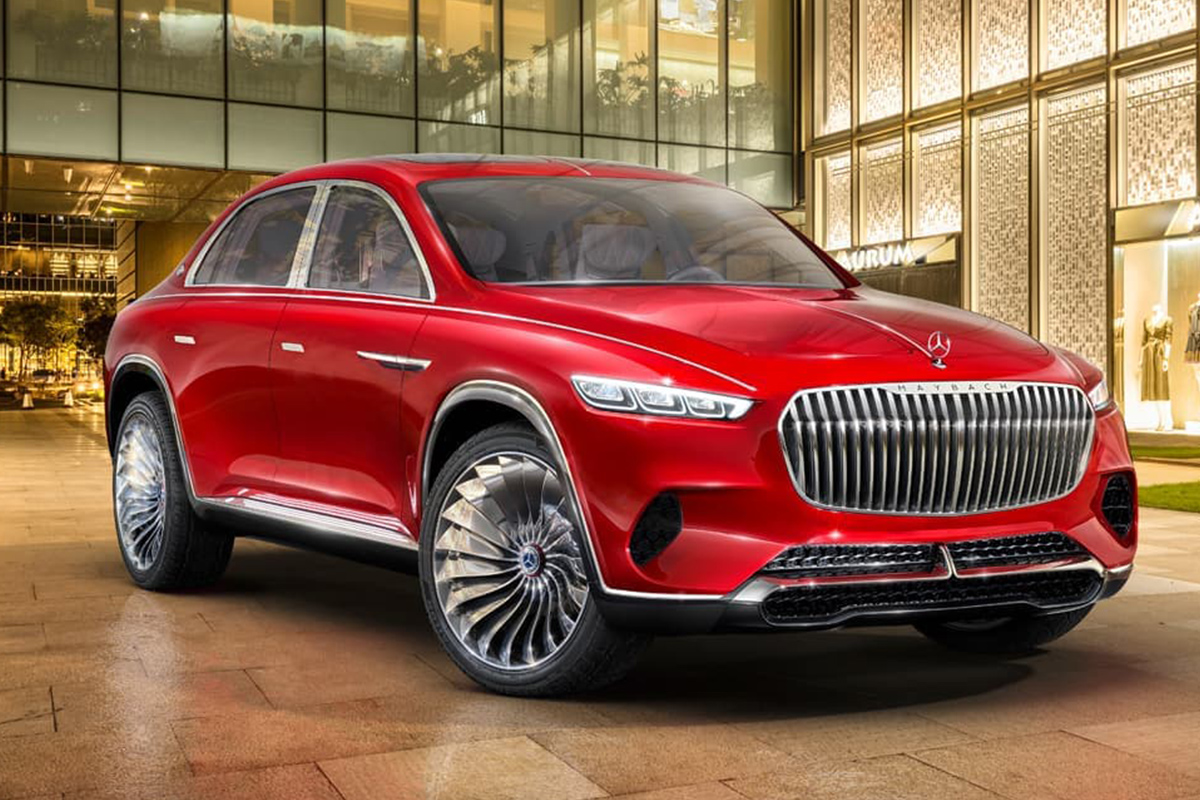 Less luxe, more poke suit you better? Try the Aston Martin Valhalla, the marque’s third mid-engined dream machine that should appear in the flesh sometime in 2021.

It’s the third V in the series, above the Vanquish and below the Valkyrie. The Valhalla will take on the likes of the McLaren P1, Porsche 918 Spyder and La Ferrari, so you’re in esteemed company.

Its twin-turbo three-litre V6 will supposedly throw out about 800kW in combo with an electric motor driving the front axle, so you’ll hit 100km/h in a bit over two seconds and max out at around 400km/h. Quick.

It will use dihedral doors, and has a steering wheel with engine, traction control, suspension and other settings on it for adjustments on the fly so you’re not distracted by dials. Probably just as well.
And Aston Martin even promises some storage and luggage space. See, all mod cons.

You’ll need to get your order in quickly though, because they’ll only make 500 of them, each one a snip at just £1 million (about A$1.9 million). For that much they’ll probably let you order a few options as well. 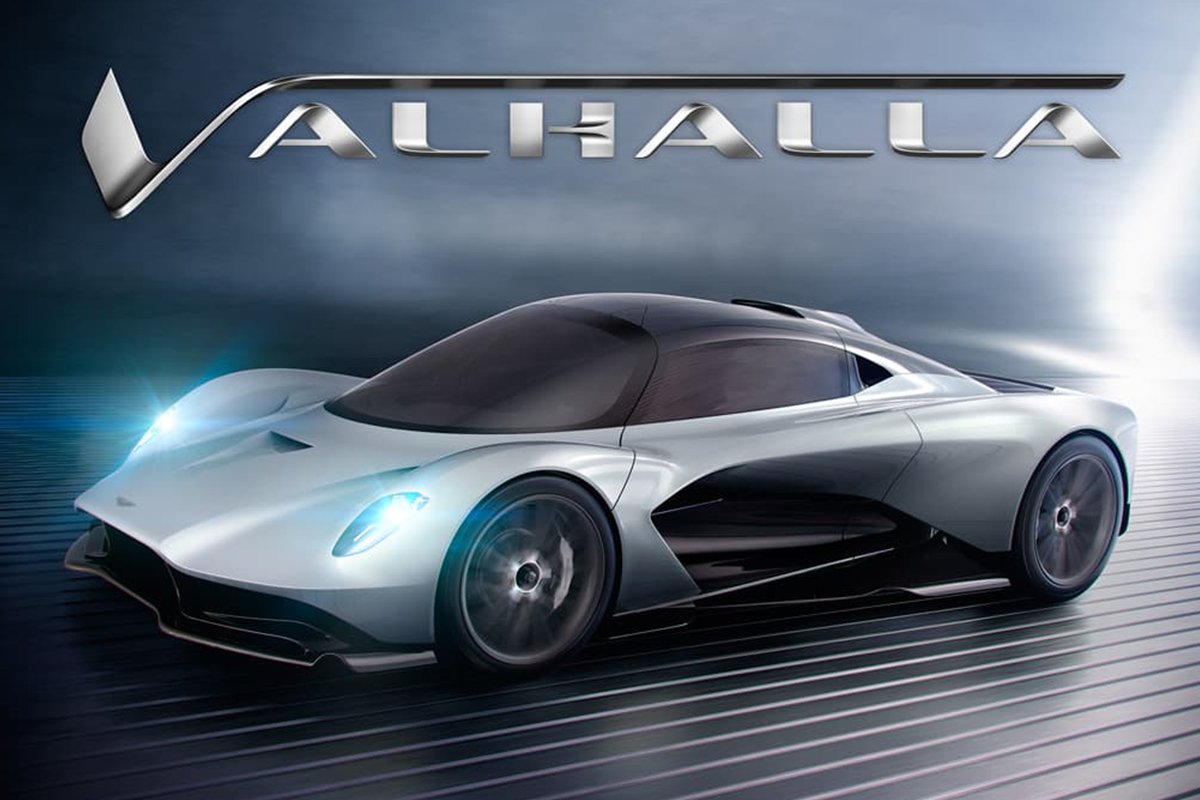 It’s pretty obvious by now, after 70-odd years, that when Porsche takes on a project it does it right, so when those Stuttgart Teutons say electric, they mean electrifying.

The Taycan is a four-wheel drive, fully electric large sedan (although smaller than a Panamera) with seats for five, and will deliver the sort of performance expected of a Porsche – even an electric one.

The company is saying its Turbo S top-shelf model will hit 100km/h in about 2.8 seconds. Don’t worry about the Turbo moniker – Porsche is sticking with its 911 model nomenclature even though there isn’t a turbo in sight. They will range from the base S to the 4S, Turbo, and Turbo S. There’s also talk of a Taycan Cross Turismo model for those who actually want to go offroad a bit.

So here’s a decision to keep you awake at night: turbo flat six or electric? A delicious first-world problem to have.

The Taycan uses an 800-volt electrical infrastructure, which will reportedly provide potential for faster charging, more efficient energy transfer and higher continuous power. Batteries will be slotted in under the floor, giving the Taycan a flat floor, and a smallish boot at the front and rear.

The topline Taycan Turbo S houses a 190kW coaxial front motor and 370kW rear, with torque figures of 400Nm and 550Nm respectively. The rear motor is matched to a two-speed auto tranny to help with acceleration.

Educated guesses are that the base model will retail around the price of a 911 Carrera, so that will really set the cat among the Porschephiles. 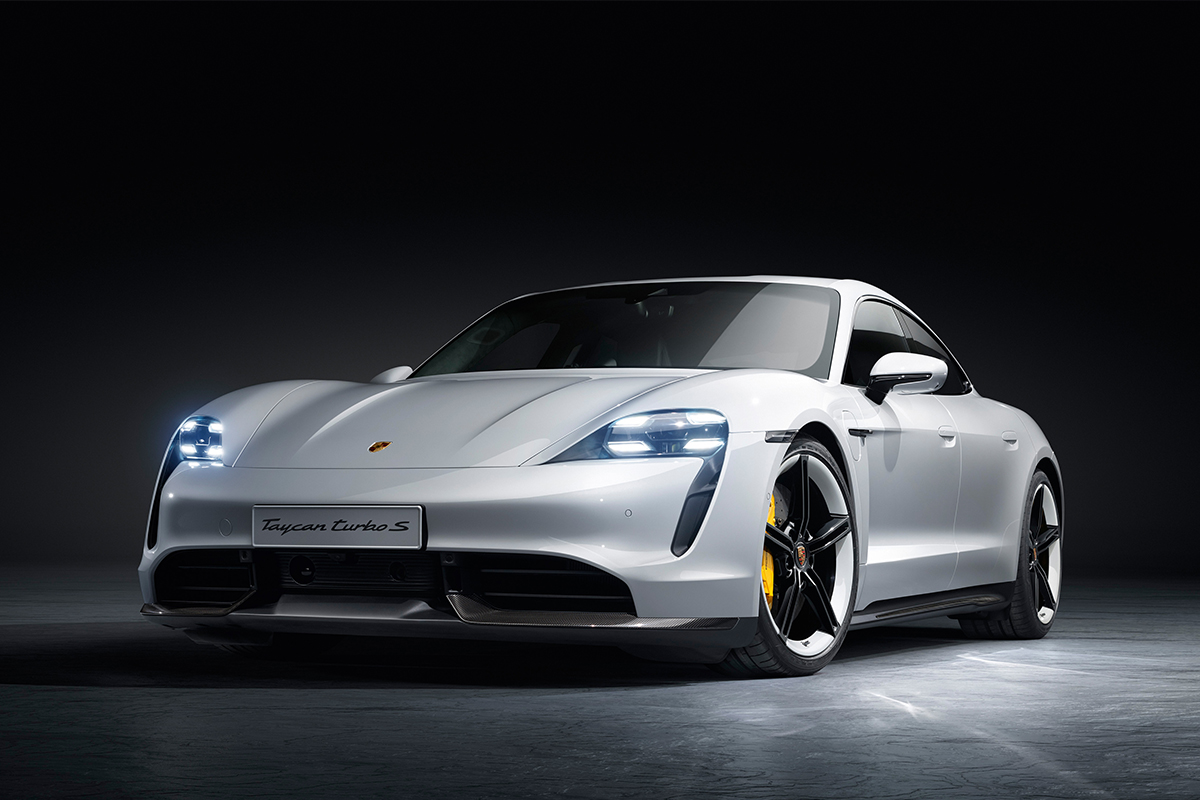 Maserati’s venerable (well, they’ve been around for 12 years now) GranTurismo and GranCabrio GT cars are being retired at Christmas, but there is good news for Maser fans, with plans for a mid-sized SUV coming into production and an electric sports car that will debut at Geneva, if all goes well at the Modena plant. Fingers crossed.

The electric sports car may well use a three-motor, 800-volt battery-electric system that Maserati teased for its Alfieri concept a while ago, which sadly is no more. If Maserati figures are accurate, the 0-100km/h run could be done in about two seconds, which is, well, electrifying.

The hybrid (or PHEV) model might use three electric motors with Maserati’s 3.8-litre twin-turbo V8 used in the Trofeo, which throws out 440kW/730Nm in that very potent SUV.

Looking for a sales boost has convinced Maserati to take on the popular (richly deserved) Porsche Macan with a mid-sized hybrid SUV. Tough competition then, but it’s a market bathed in riches if they get it right.

The rumour mill says the basic model might use Maserati’s twin-turbo V6, good for over 250kW, and a heavy hitting version might get the 321kW output from the Levante S. If they do a good job of this SUV, this sector of the market promises to be one to watch over the next few years. 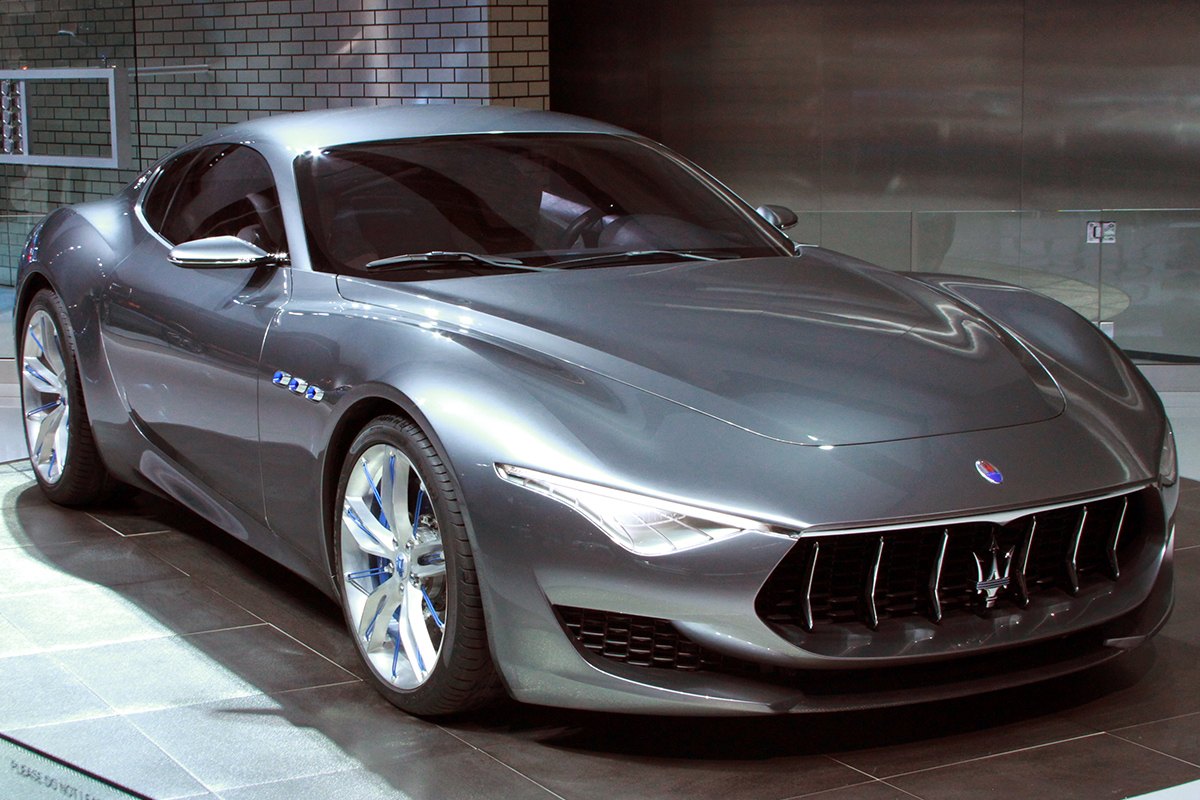 This little beauty has been released just in time for Christmas, and will almost certainly ring all sorts of yuletide bells for you if you put one under the tree (for yourself).

Ferrari’s 3.9-litre twin-turbo V8 turns out 530kW, the same output as its sibling F8 Tributo, and will drive the F8 Spider to 100km/h in 2.9 seconds, according to the company, and 200km/h in 8.2 seconds, on the way to 340km/h. It weighs about 20kg less than the 488 Spider, and Ferrari has tweaked aerodynamics and geometry to give it better handling than the 488.

They have also reworked the retractable hard-top roof and updated the rear deck, so it takes 14 seconds to open or close at speeds up to 45km/h.

The F8 Tributo and Spider will only enhance the prestige and glory of the prancing horse badge around the world. Guaranteed. 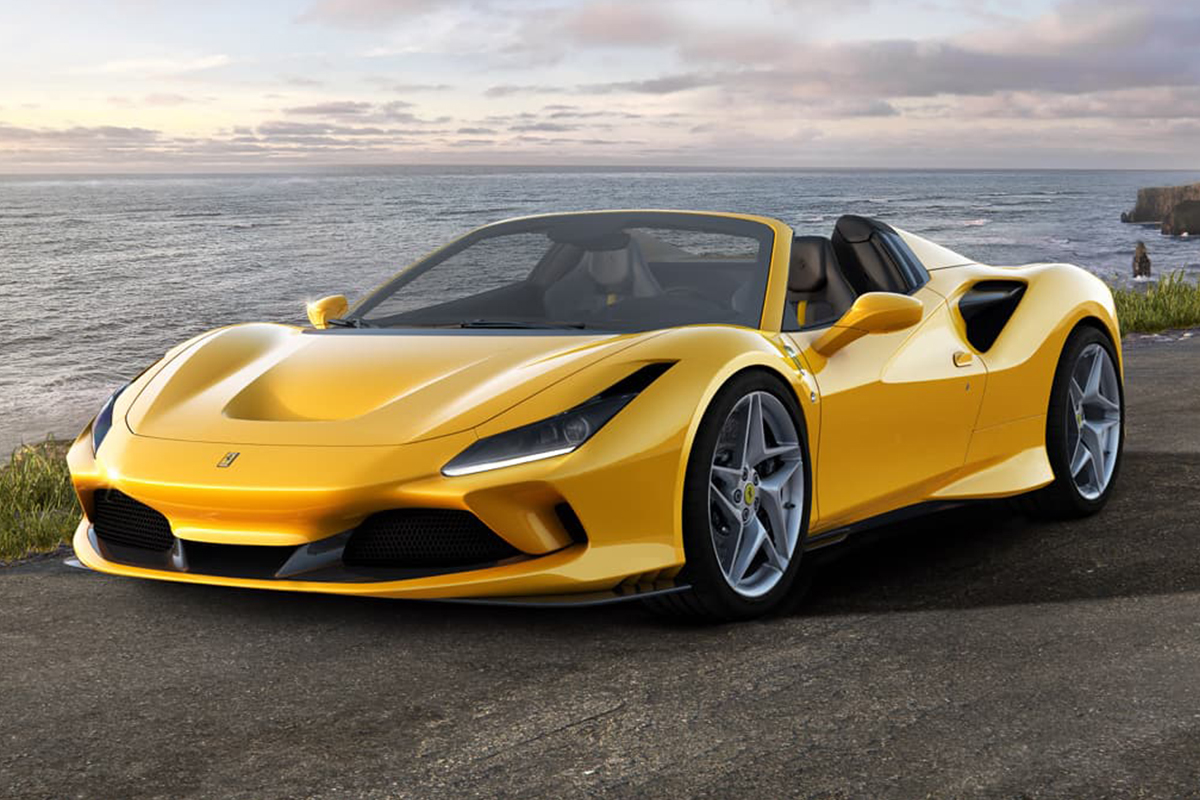 Well, it’s taken a while (five years, in fact) but the crew from Gaydon have finally prepared Aston’s foray into SUV territory and seems to be on a winner – a least in some respects.

Say Aston Martin, think design – yes, it has lots of unmistakable Aston cues, although it’s arguably not as beautiful as the DB11 (actually, it’s hard to think of anything on the road that is).

The concept vehicle revealed all that time ago was electric, but Aston has decided to equip the DBX with a revision of Mercedes-AMG’s twin-turbo 4.0-litre V8 engine. They tweaked the turbos, coolers and the compression ratio for 405kW at 6500rpm, coupled with a nine-speed torque converter auto transmission and all-wheel drive. It uses an active centre diff and electronic rear limited slip diff, and the power can be moved from all four to mostly the rear. There’s also a new 48-volt electronic anti-roll system, which Aston reckons will reduce body roll to something like that of the DB11.

All that tech will deliver a 0-100km/h run of 4.5 seconds, says Aston. Which is a bit behind some of the competition, but Aston Martins never were the quickest of the bunch.

Of course, you’ll have a long list of options to play with to make it all your own, and there will only be 5,000 made each year, so you won’t see many on the road. But it’s likely to be the company’s best seller and will hopefully smarten up the P&L too. 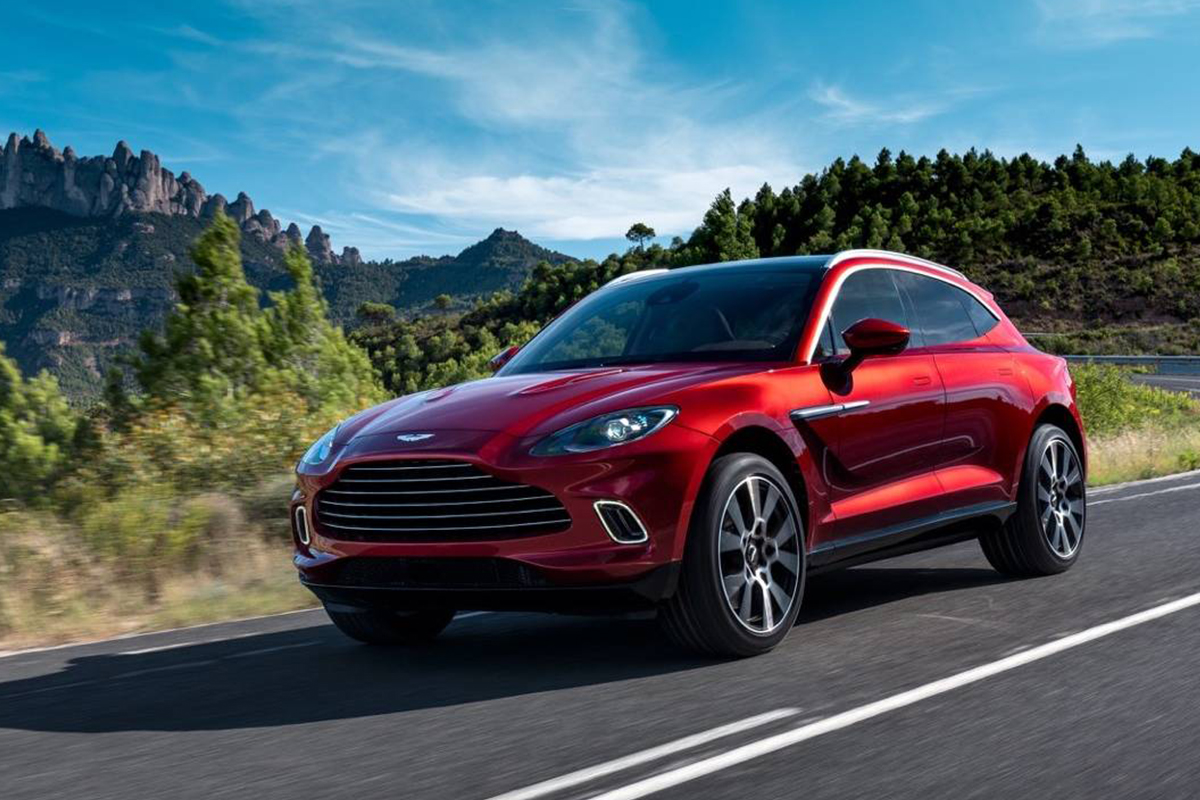 If you need something really special, look no further than the Brabham BT62, which the company says will be reworked from an exclusive track weapon to become a road-going hypercar.

Founder David Brabham reckons it will get a higher ride height, extra lock on the steering wheel and a reversing camera so you can park it, and bigger rear-view mirrors so you can see who you’ve just covered in dust.

Hand-built in Adelaide, South Australia, the BT62 track car isn’t cheap at A$1.8 million, but the additions to the road car won’t change the price, so you can rest easy. Build time is approximately 7–10 months, so best not to be in a rush, although your neighbour is unlikely to have one before you if you place your order now. One has already been sold to a very discreet person in Germany.

Christmas might be a time to relax, but with so many decisions to make and so many miles to cover, you really should get on with the serious business of choosing your new weapon. 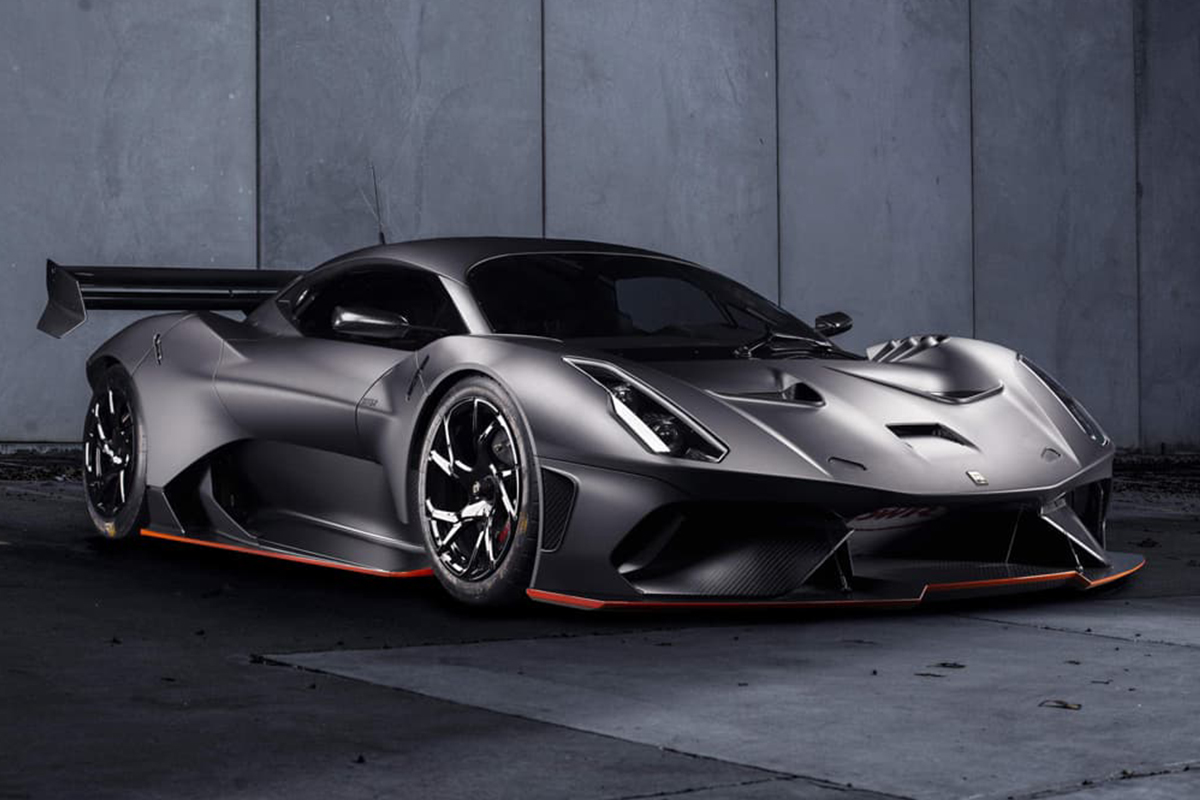