The McLaren 765LT Spider is clearly a car built for race tracks rather than public roads. It’s also powered by an engine that makes other engines look like they’re not trying hard enough to kill you. 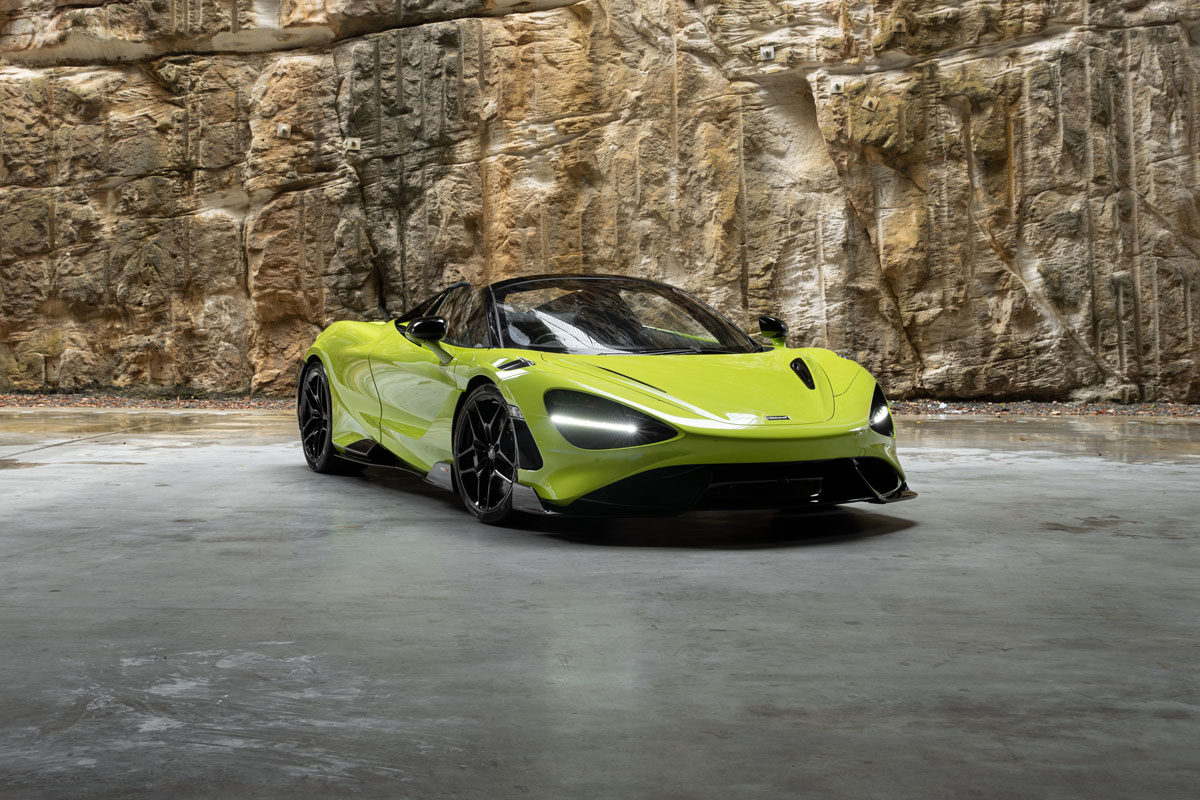 Can a car tell that I’m hiding from it? I mean, they have cameras now, right? And giant, software-crammed brains that can compute how much grip there is, or isn’t, at any particular corner of the car at any particular millisecond. But can they smell fear, even if I’m several metres away, peering through a curtain, trying to assess how wet the streets are and thus my chances of survival should I dare to drive the wildly terrifying McLaren 765LT Spider on damp surfaces?

More importantly, can my neighbours tell I’m a bit scared, are they wondering why I’ve left such a staggeringly bonkers-looking car parked in my driveway all morning, rather than driving it up and down the street and around the suburb, at deafening volume, the way I was yesterday, when it was sunny? Are they on to me?

Well, hell, I’d like to see them try it. Because the fact is this McLaren has caused me to question not only my own sanity, and levels of intestinal fortitude, but the wisdom and what-were-they-thinking of the engineers who built something so clearly beyond the means of mere mortals.

Fear in its finest form 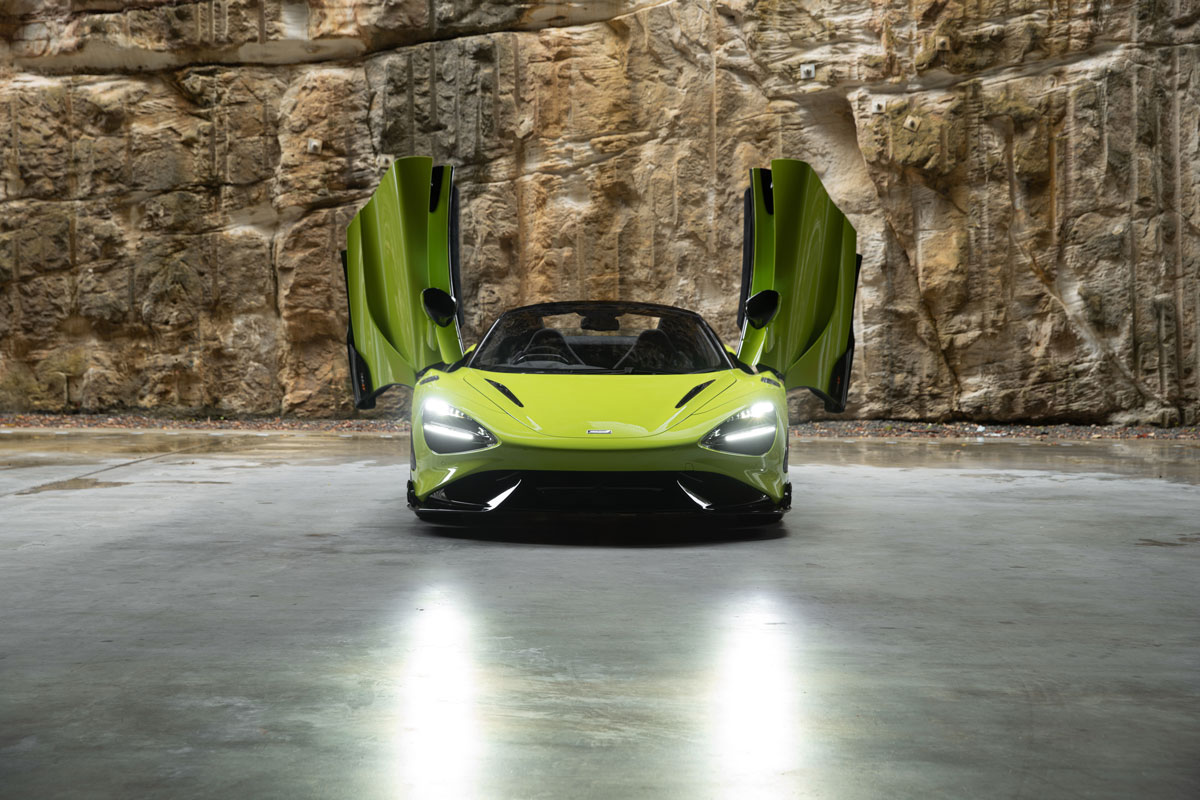 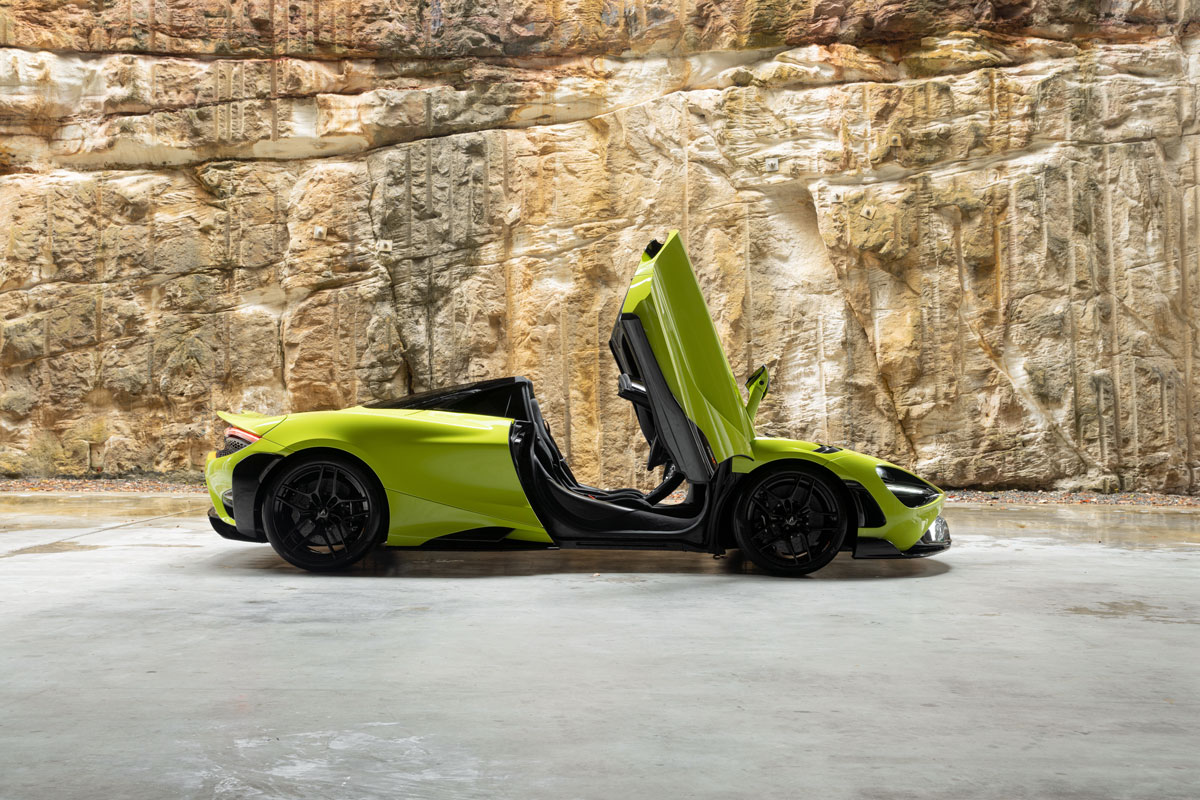 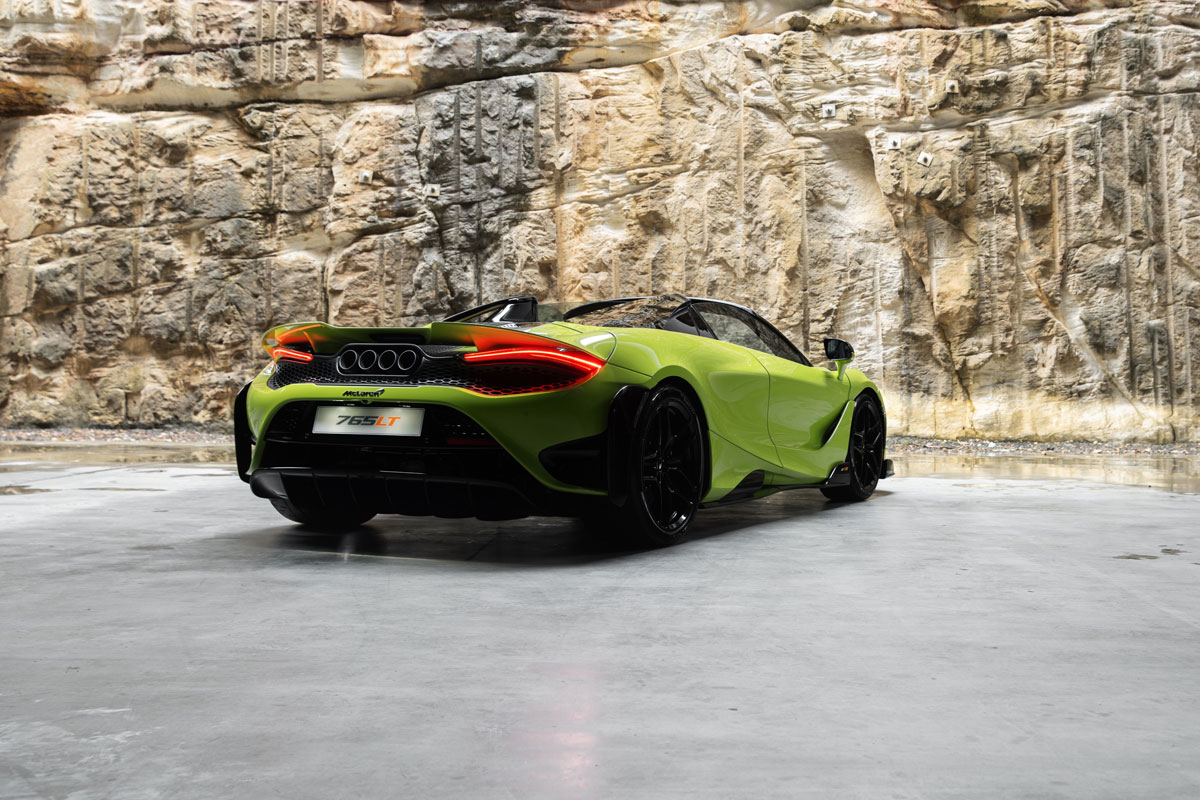 I’m absolutely sure that a professional racing driver would laugh at me, and laugh hard, for being too chicken to take the 765LT out for a drive in the rain. But racing drivers are all mad, and quite used to using their right feet as highly honed forms of traction control when piloting vehicles that have so much power that they are likely to break traction and snap sideways at any given moment, if you’re silly enough to push them hard. Silly like a racing driver.

This particular McLaren – which is a convertible, for reasons that aren’t immediately apparent; it’s clearly a car built for race tracks rather than public roads, and racing circuits are as suitable for convertibles as shorts are for skiing – is powered by a twin-turbo 4.0-litre V8 engine that makes other engines look like they’re not trying hard enough to kill you.

It makes a properly huge 563 kilowatts and 800 newton-metres and somehow attempts to send all of that power through the rear wheels alone. This is a challenge akin to Mike Tyson attempting to punch you in the nose without hurting you.

Put your foot flat to the floor – go on, I dare you, I couldn’t manage it – and what you will hear is the sound of two tyres attempting to tear themselves to pieces, or rip two big holes in the tarmac. There is simply too much grunt attempting to hit the road at once. Even at just three-quarter throttle, which is about where I got to, the kilowatts and torques are simply too much for the tyres and the traction computers, and there is a distinct feeling that the rear end of the car wants to go somewhere that you don’t. And that you won’t be allowed any say in it.

The McLaren 765LT is intimidating, or frightening, to be more honest. But that doesn’t mean it’s not fun, or hugely impressive. As long as you are extremely careful with the throttle and you brace your body for g-forces it has not felt before, the driving experience is astonishing. Revelatory, even.

The ride is firm, but not as hard as the extremely narrow and deep racing bucket seats, the steering is sword sharp and rewardingly direct, the active aero system – which you can see in your rear-view mirror as the big wing goes flying around madly, attempting to pin you to the ground – works just as you would expect on an F1-derived racing car for the road. You feel like you have a prodigious amount of grip, that you can attack corners at ridiculous speeds with absurdly little effort, and that if you were only a better driver you’d be able to go even quicker still.

Then there is the noise, lots of it, pouring into the cabin when you’ve got the roof down (and why wouldn’t you, if it’s raining you’ll just stay at home anyway, because wet roads in this thing must be deathly terrifying). Hard gear changes at high revs illicit sounds that can only be described as gun-shot like, only louder.

Those big, crazy quad exhausts behind you blow flames to scare off cars that can’t keep up with you anyway and only add to the violently visceral feeling that is driving this car in general. 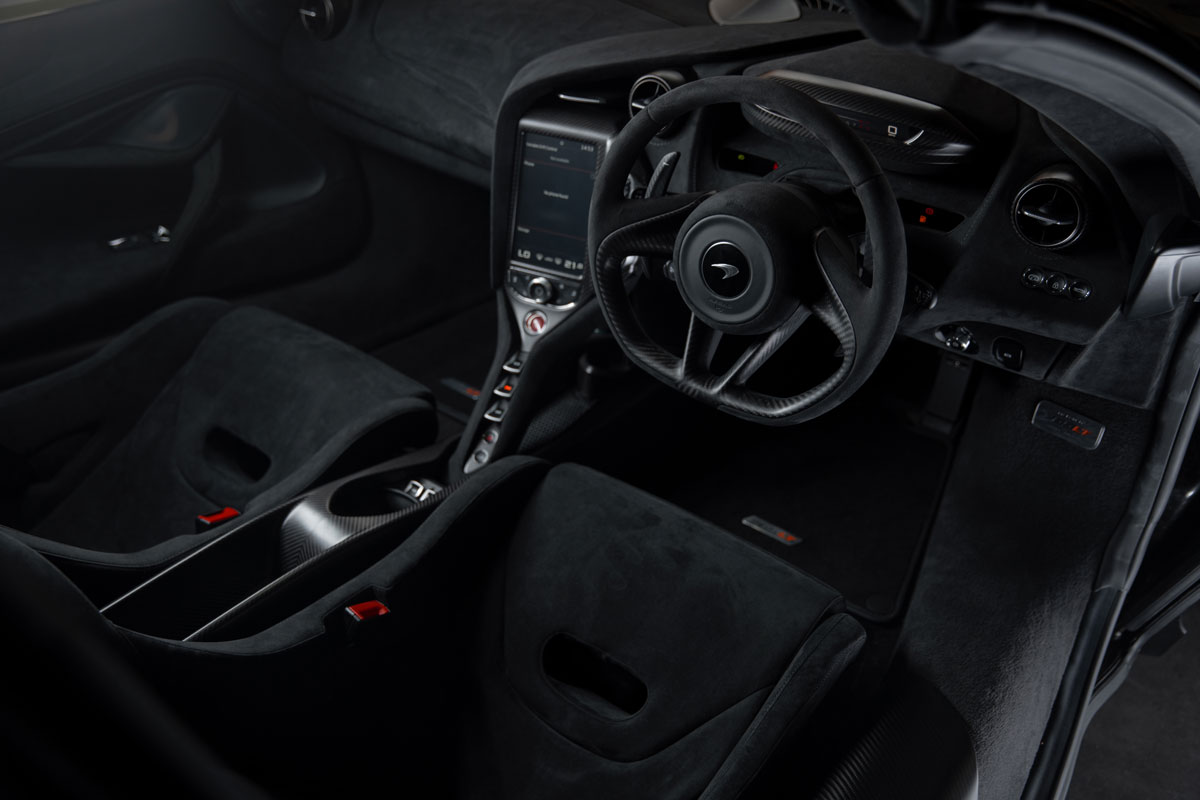 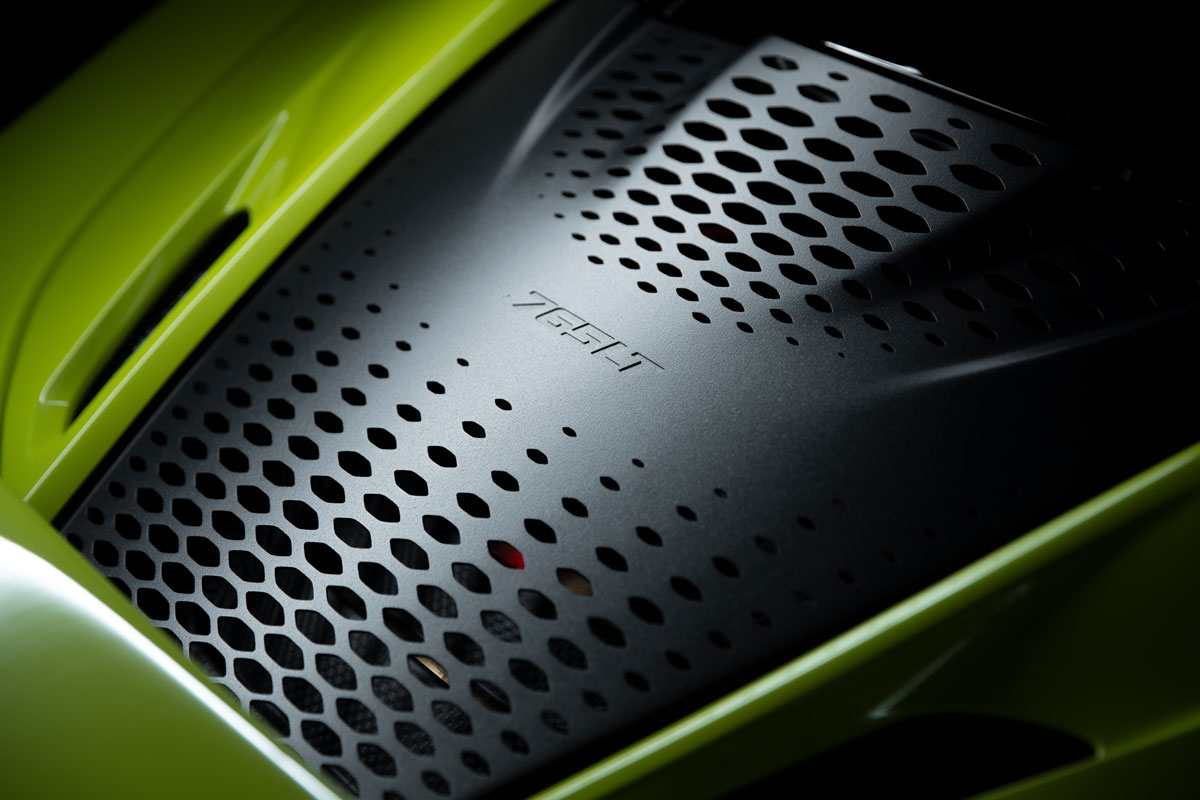 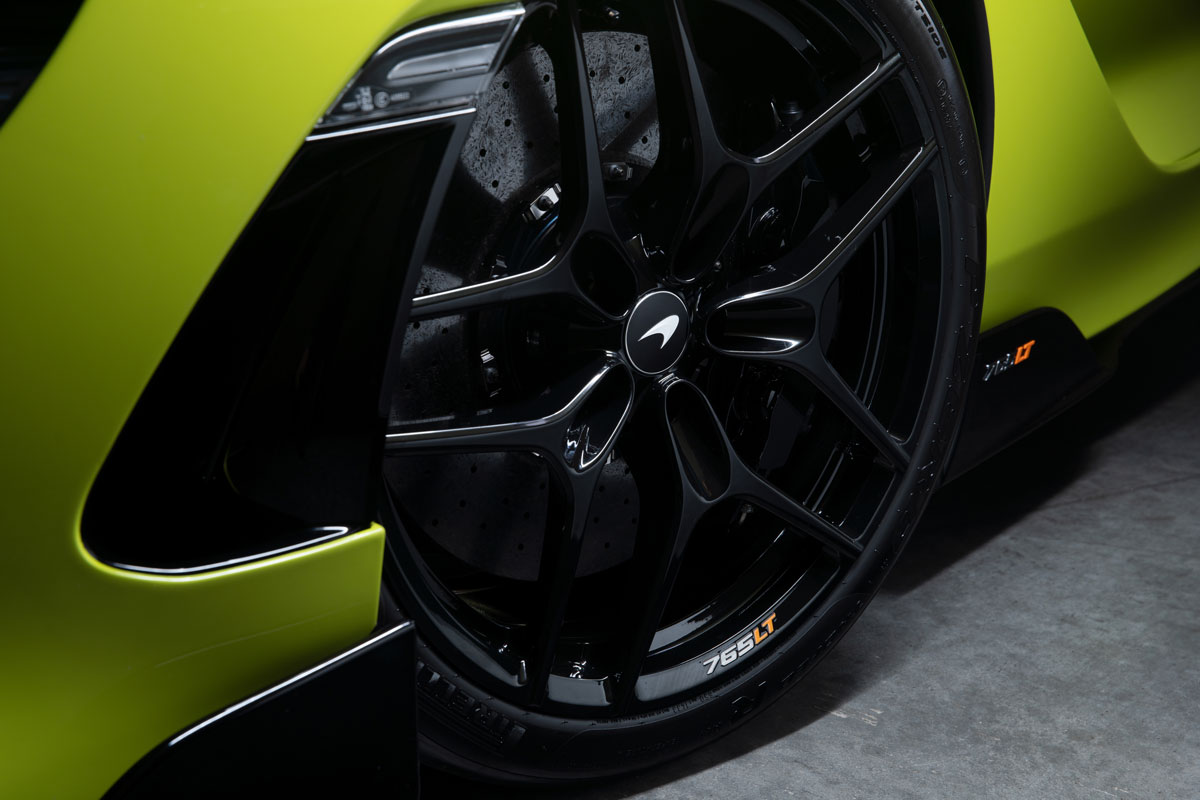 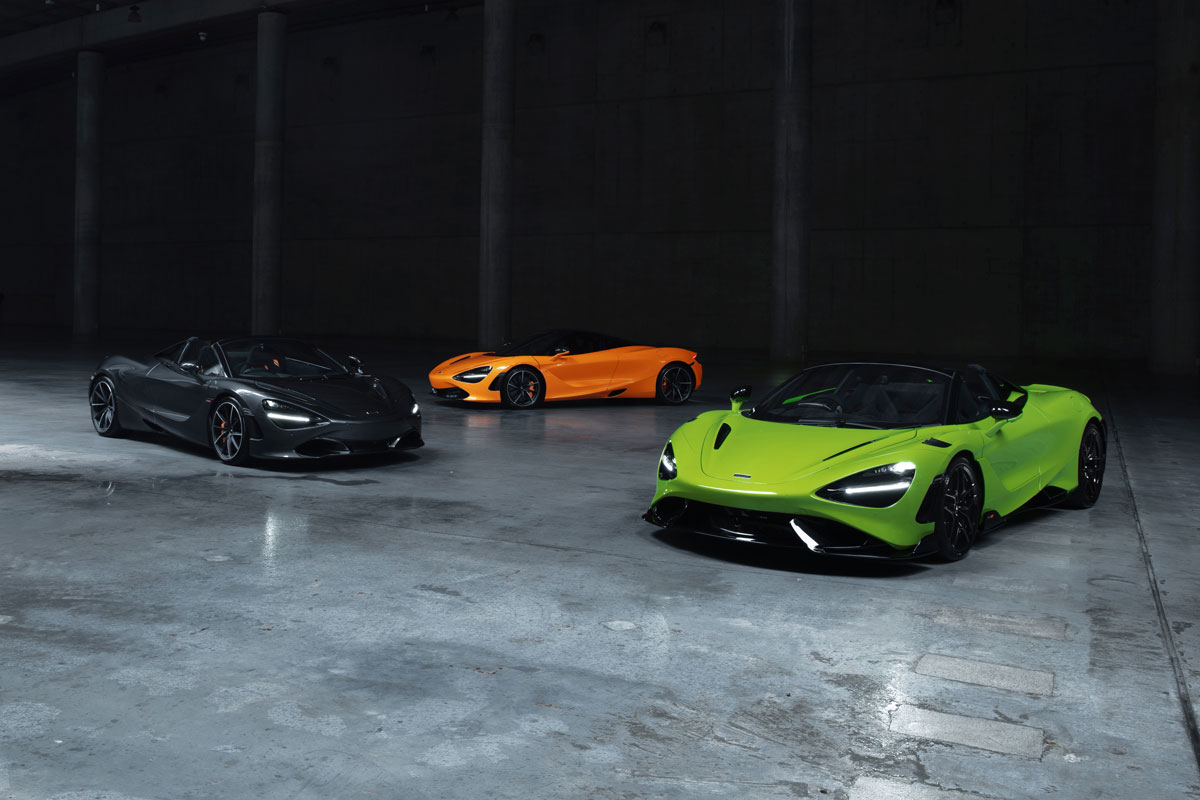 The 765LT is all-encompassing, memorable, and all the while it looks so striking that it feels like the whole world is coming along with you for the ride. People point, children smile, all is well, or at least it is as long as it doesn’t rain.

Sadly only 765 of these madly malevolent McLarens will be built worldwide, and even more sadly they cost A$684,900 a piece. I was just a little bit happy to give this one back, but I also think I’ll somehow miss it forever.

Read next: Three of the best McLaren supercars ever made