This is the McLaren you’re looking for

McLaren’s compulsion towards obsession has seen the relatively young supercar side of the business become the fastest-growing sports-vehicle brand in the world. Here’s your pick of the 570S, the 720S Spider and the 600LT Spider. 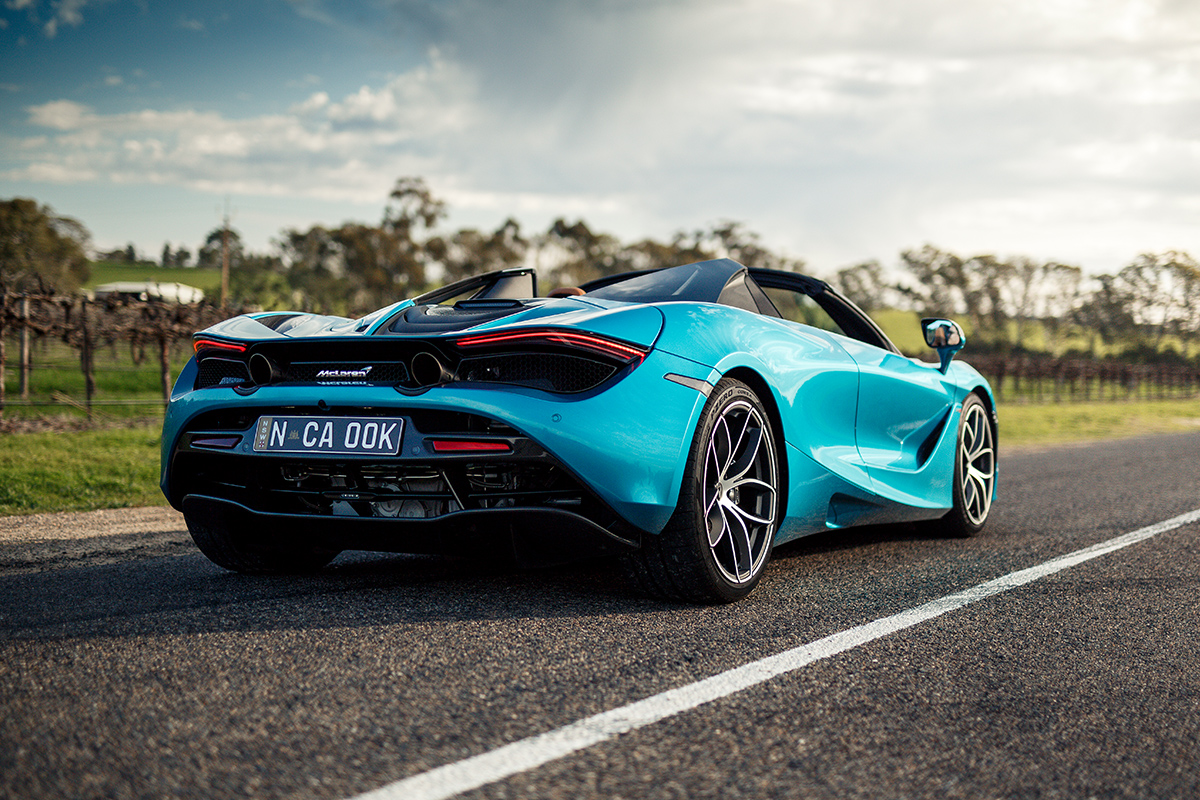 McLaren, a Formula One team founded by a legendary Kiwi racing driver and then made truly famous by Brazilian genius Ayrton Senna, does not do things by halves, or even by single digits.

It is a company of big, scary numbers run by the sort of people you wouldn’t want to live with, because they’d insist on getting every micro-granule out of the toothpaste and then invent a faster, more efficient motorised toothbrush.

This compulsion towards obsession has seen the relatively young supercar side of the business become the fastest-growing sports-vehicle brand in the world, a feat it has achieved partly by unveiling a new model every week or so (indeed, the company’s Track Plan calls for 18 new models by 2025).

Even for people who swoon over super-sporty vehicles, this can be confusing, as it’s hard to know exactly which McLaren they should be lusting after or saving up for.

To help, we recently drove three of the company’s best vehicles in a single day, an experience that left us bolder and wiser, and shaking profusely. Unsurprisingly, considering the company’s fastidious nature, it turns out there really is a McLaren for everyone.

It’s difficult to describe any vehicle that’s capable of hitting 200km/h in under 10 seconds (or 100km/h in 3.2 seconds) as a ‘basic’ model, but in the rarefied air of McLaren world, that is what the 570S is. It sits in the company’s Sports Series and would be the equivalent, in Porsche terms, of a Cayman.

All of the supercar must-haves are present and accounted for, from the sexy scissor doors to the low-slung design, a twin-turbo V8 engine that makes 419kWkW and 600Nm and a top speed well beyond 300km/h.

Driven in isolation, this is a borderline-terrifying machine at first, because it makes going quickly so shockingly easy. It’s also fantastically fun, placing you what feels like an inch off the ground and creating a sense that you’re not so much in a road-going vehicle as you are in a single-seat race car, not a million miles removed from an F1 machine.

The original McLaren F1 road car did, in fact, put the driver front and centre, with a passenger seat either side, and somehow the 570S makes you feel like that, because you are so purely and intently focused on the driving experience while operating it.

The steering is sharp, the brakes provide both feel and power and, after a small amount of adjustment to its parameters, you quickly feel like a driving God, capable of miraculous feats of speed and precision.

It is fast and it is intimidating, but not overly so, and the overwhelming feeling is of engineering perfection, which inspires confidence rather than fear.

There is a sense, however, that using this car on public roads is a bit like using a flame thrower to light a cigarette. A A$379,000 flame thrower.

Perhaps its only failing is that it doesn’t sound anywhere near as exciting as it is.

If you’re the sort of person who’s in a terrible hurry to leave this Earth, or at least get airborne, or you happen to be blessed with the kind of reflexes that allow you to grab a flying mosquito by the wing using chopsticks, the McLaren 720S is for you.

For the rest of us, driving one is a lot like a Disneyland thrill ride – overwhelming, hilarious and likely to knock all the oxygen right out of you.

These sound like scary numbers, but they give you no actual sense of how ferocious it is in reality. The 720S is mind-bendingly fast, so much so that it makes you feel inadequate and pathetic, while at the same time, thrilled.

It is, realistically, too much car for this planet, and it still doesn’t sound as sexily stupid as a Lamborghini or a Ferrari, so you might want to save yourself the A$556,000 on this one, unless, as we say, you harbour a desire to feel what it’s like to get airborne in a car.

The lack of proper supercar theatrics has long been a McLaren failing, perhaps its only one, but the 600LT is the car that fixes that, while also being the best McLaren we’ve ever driven, and possibly one of the best cars, full stop.

The weird thing about this LT, or Longtail, is that it’s the track-hard member of the Sports Series, which means it should be too brutal, and too low, for public roads – but it’s not.

This is the solid-Goldilocks of the McLaren range, and only partly because of its sexy, top-exiting exhausts, which actually are flame throwers, and which produce noises that, the first time I heard them, caused me to simultaneously swear and soil myself (in theory you can see the flames in your rear-vision mirror, but who has time to glance at that when you’re going this fast?).

At this point I’d like to apologise for saying that other supercars make ‘bangs’ or ‘rifle-shot explosions’, because compared to this, none of them do. Change up, or down, through the gears at pace and you are greeted with what sounds like a sniper shooting the back of your car.

In between those gear shots, your ears are also assaulted by a variety of deafeningly deep caterwauls, particularly with the roof down. At times, it sounds like a robot has been thrown screaming into a threshing machine, but it’s not unpleasant, just fantastic. Like the robot is enjoying it.

Change up, or down, through the gears at pace and you are greeted with what sounds like a sniper shooting the back of your car.

The 600LT also has steering that’s a step up from everything else – it exaggerates that feel of being seated in a supremely focused single seater even more, and it is genuinely amazing to drive at pace around corners. Staggering even.

It came as no surprise to hear that for the boffins at the McLaren factory, this is the car they all want to drive the most.

Sure, it’s a shame that the exterior design looks like the Mother from the Alien movies gave birth to a car, but it’s so good that you’d put up with it, and might even choose one over its natural Porsche competitor, the 911 GT2 RS, particularly when you find out that it’s more than A$100K cheaper, at A$485,000.

The 600LT truly is the McLaren you’re looking for.

Ever wondered what it’s like to be the CEO of McLaren? We sat down with Mike Flewitt to find out the most important things he’s learned.