The British manufacturer’s limited edition model made its debut in ultimate style. 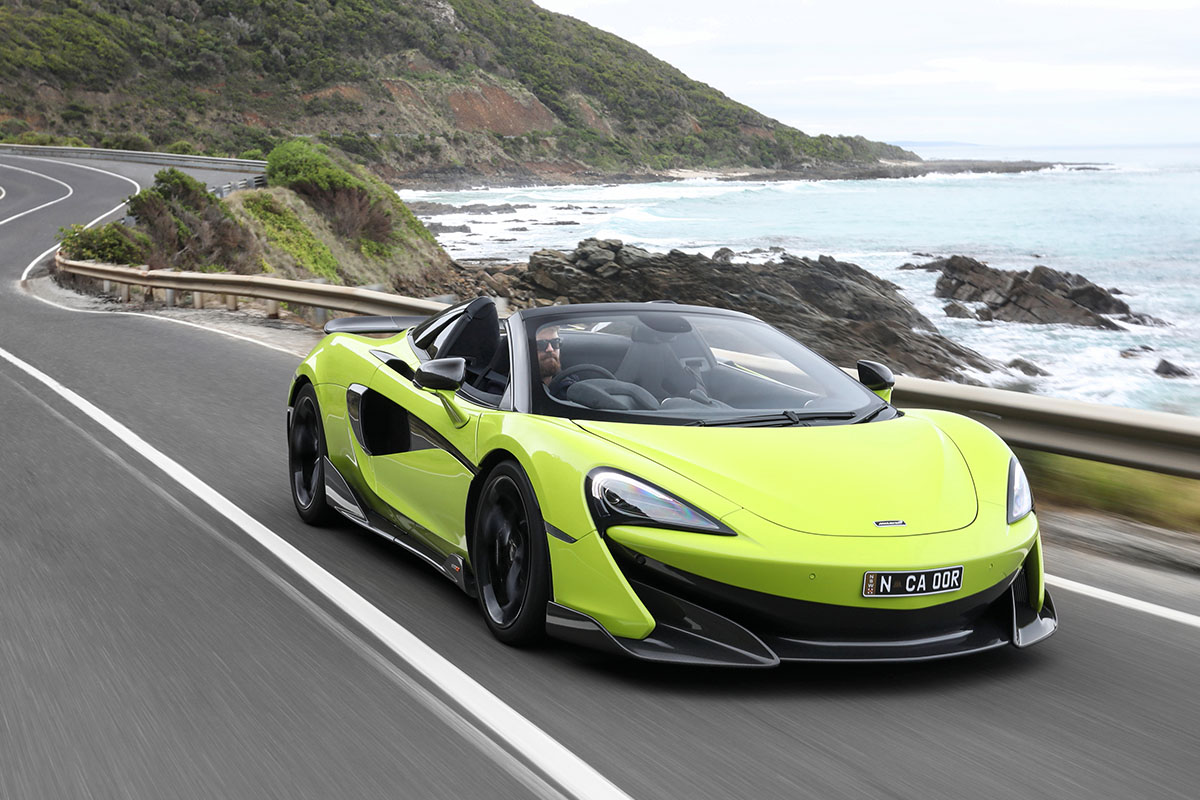 McLaren Automotive’s new 600LT Spider made its highly anticipated Australian debut along one of the most picturesque strips of road in the country.

Sporting an extraordinary lime green colour, the Spider turned heads as it effortlessly zipped down the Great Ocean Road in Victoria’s south.

The exhilarating open-top drive celebrated the new McLaren model’s arrival Down Under, showcasing the track-honed dynamic excellence of the 600LT Coupe and increased power.

“The 600LT Spider carries the Longtail story on to its fifth chapter,” McLaren Automotive Head of Asia Pacific Rob Pritchard says. “Born from the legendary F1 bloodline, the 600LT lives and breathes the spirit of its predecessors, the F1 Longtail and 675LT, and the Spider is no exception.” 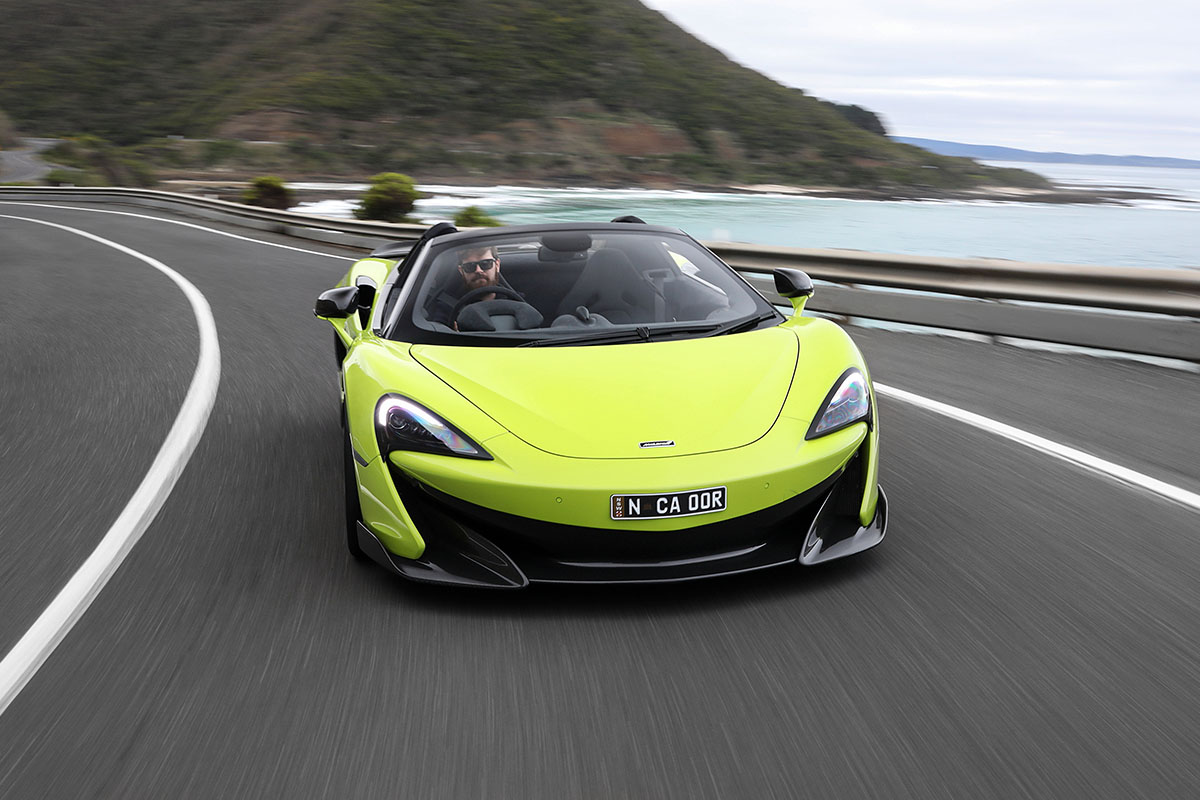 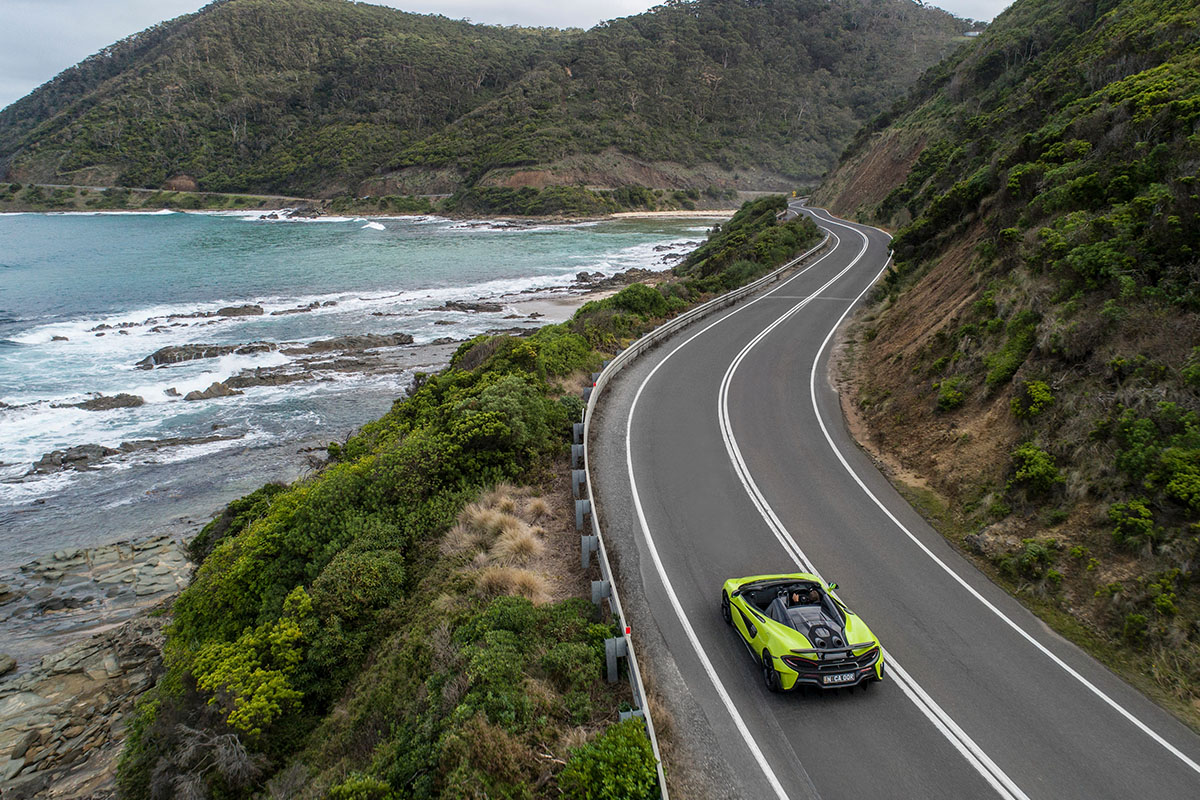 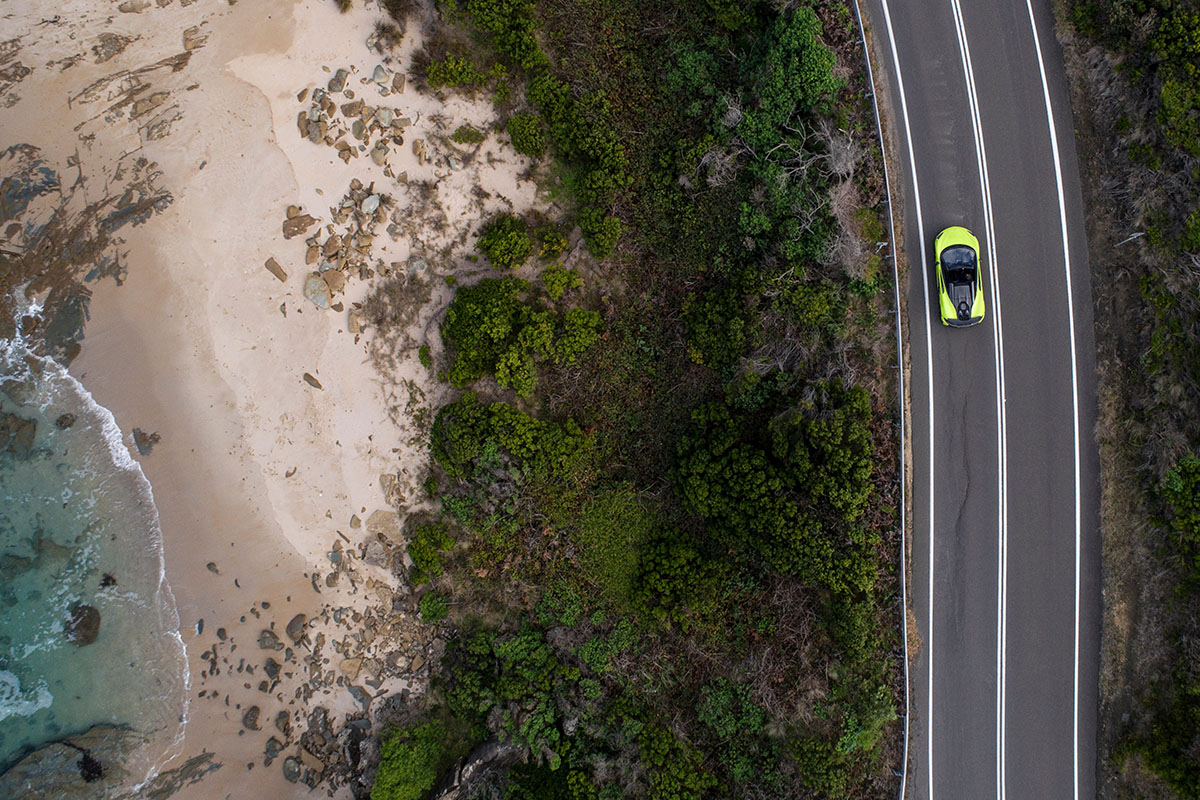 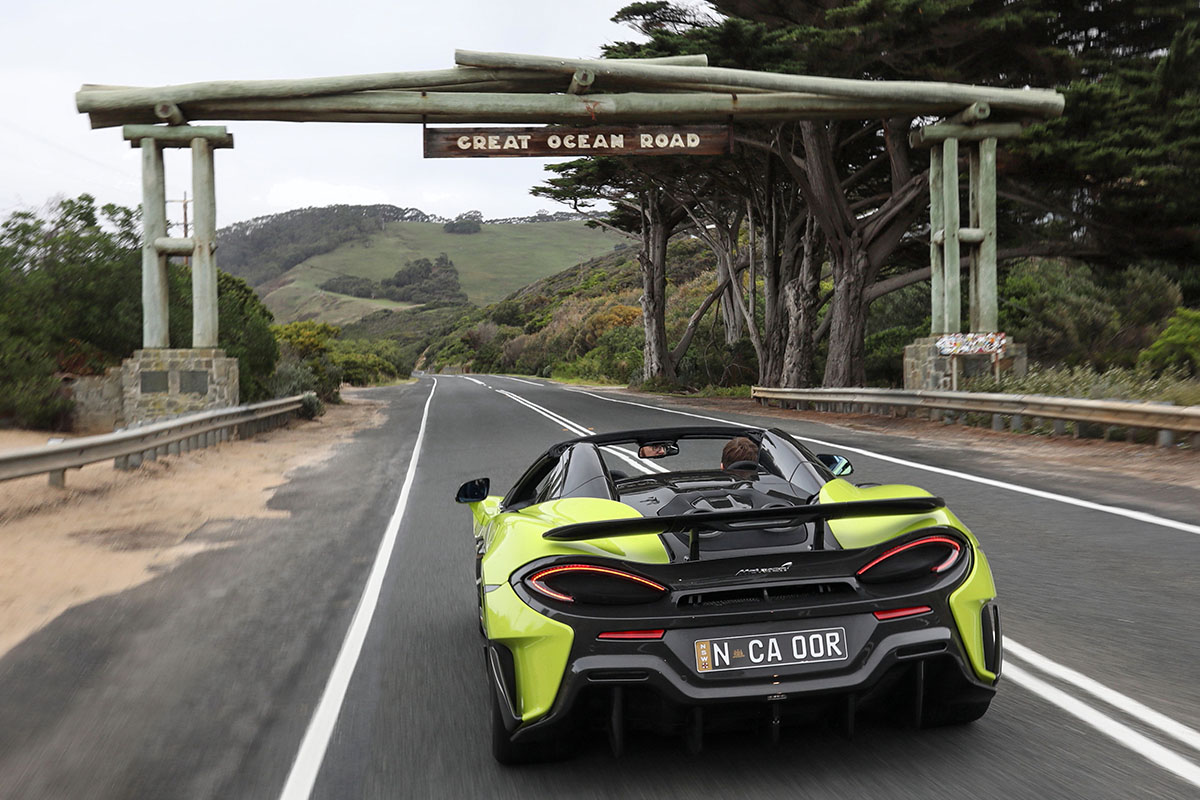 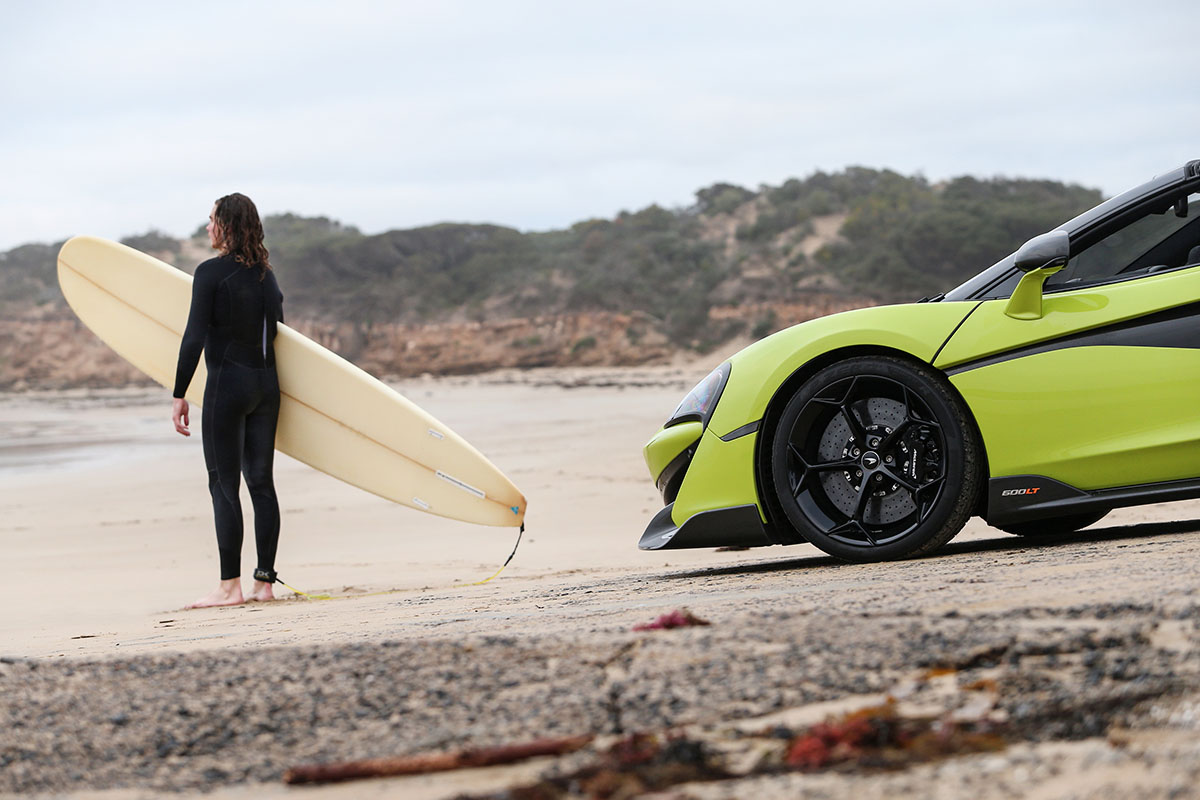 But even more impressively, the supercar is the fifth model to carry the coveted Longtail badge – an impressive heritage established in 1997 where only a development prototype and nine examples were built.

“The 600LT Spider carries the Longtail story on to its fifth chapter,” – Rob Pritchard

The original Longtail took out first and second at Le Mans GT1 class almost 30 laps ahead of the opposition in the late 1990s. The legendary name was revived at the 2015 Geneva International Motor Show, with the launch of the limited volume 675LT Coupe.

“The response to both the 600LT Coupe and Spider globally has been exceptional, with our customers eager to enter into the exclusive McLaren LT family,” Pritchard says. “With availability limited on the 600LT range, we anticipate the Spider variant will be equally sought after in the Australian market, with orders swiftly approaching production capacity.”

Boasting a 100kg weight reduction over the 650S Spider, a 3.8-litre twin-turbocharged V8 engine, seven-speed dual-clutch transmission, eye-watering speed of 0–100km/h in 2.9 seconds and top speed of 324km/h, the 600LT Spider is incredibly invigorating – even more so in the crisp winter air along the Great Ocean Road.