McLaren 720S Spider: “The most accomplished convertible supercar ever made” 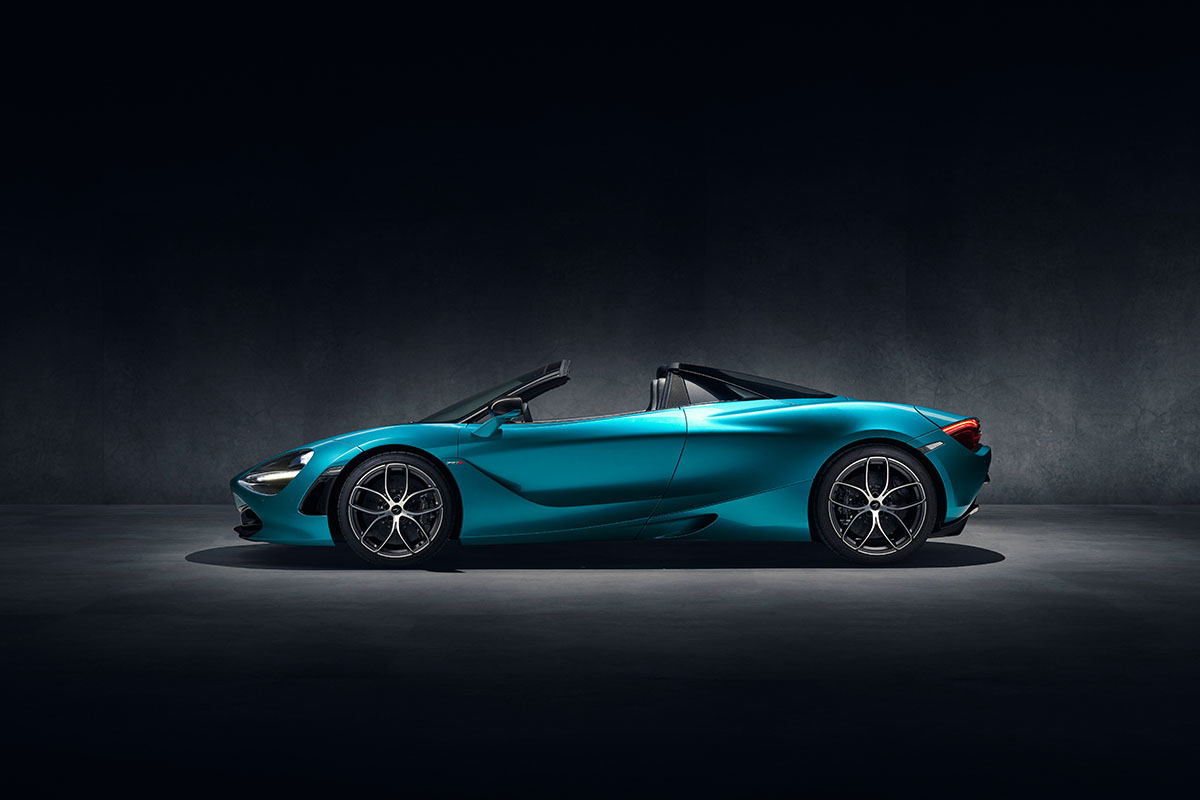 Dubbed as the most accomplished supercar ever made by McLaren, the thrilling open-air 720S Spider will leave you breathless.

Boasting a 4.0 litre twin-turbocharged V8 engine, the sophisticated set of wheels can rocket from 0 to 200km/h in 7.9 seconds before reaching a top speed of 341km/h. But be prepared to sacrifice a 16km/h speed reduction when you keep the roof lowered.

Lighting up the supercar class with its dynamic performance and strong Monocage II-S carbon fibre core allows you to feel the wind flow through your hair without compromise.

Weighing just 4% more than the 720S Coupé, the 720S Spider is still the lightest in its competitive set, and a fine example of McLaren’s engineering ingenuity. Despite removing the retractable hardtop, which is done electrically (rather than hydraulically) in 11 seconds, there is no need for additional strengthening.

The sleek supercar allows 360-degree vision where natural light floods the cabin to create a new visibility benchmark. For ultimate serenity, the background noise is equivalent to that of a library when the roof is shut.

“The new McLaren 720S Spider offers an unparalleled blend of extreme performance, crafted luxury, driver involvement and daily usability – all with the additional exhilaration of open-air driving whenever required,” McLaren Automotive CEO Mike Flewitt says. “As the most accomplished convertible supercar ever, the new Spider delivers across a remarkable spectrum of abilities to outstandingly high levels, and as lightest in class with an increase of just 49 kilograms over the 720S Coupe, moves us even further ahead of our competition in the weight race.” 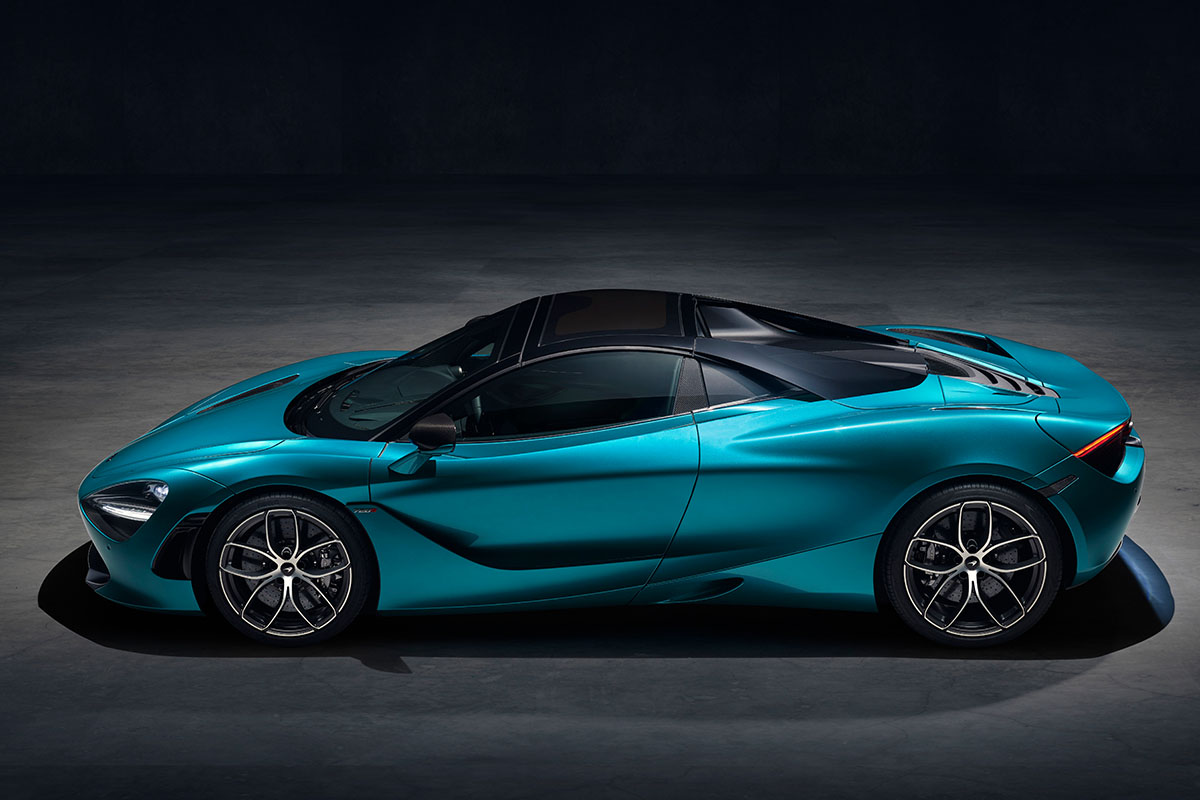 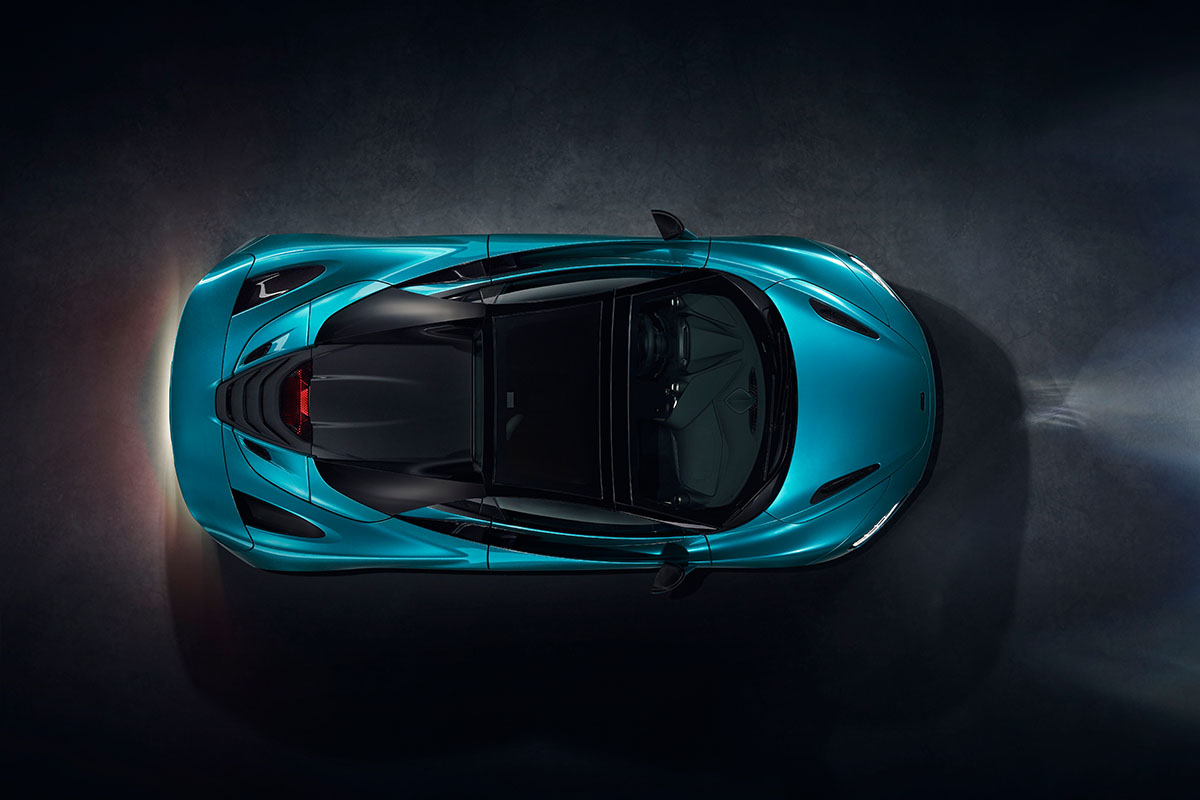 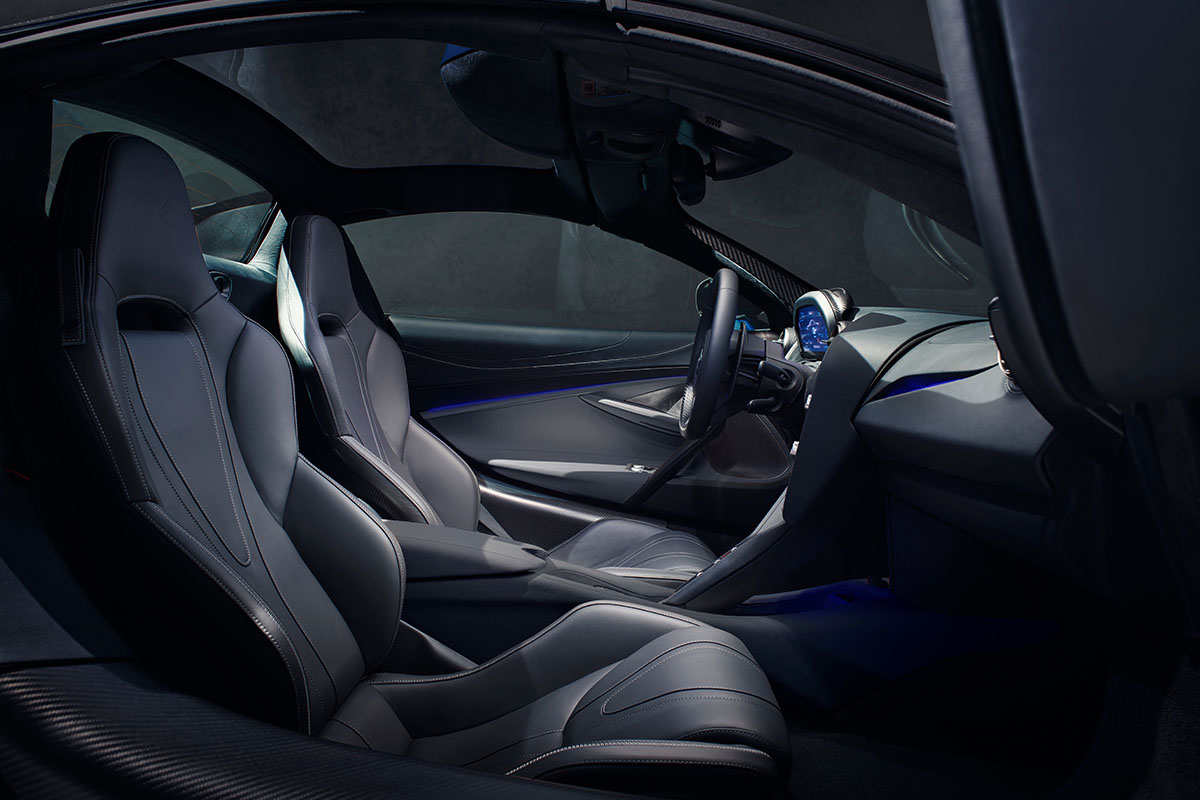 Engineering precision is not only reflected through the fastest operating convertible roof in the supercar class but also by the lowering of the rear window once the roof is opened to prevent intrusive airflow.

To enjoy the serenity of a closed cabin without sacrificing light, the electrochromic glass roof can be glazed. A transparent or tinted roof will appear at the touch of a button to create extra shade for hot days. The innovative feature boasts a memory function that recalls the previous setting.

The groundbreaking design, cutting-edge technology and thrilling pace marries an edge of sophistication to create a ferociously performing McLaren supercar that’s every bit as thrilling as the Coupe.