Stephen Corby reveals why test driving the Mercedes-Maybach S 680 made him cry – and it’s not what you would expect. 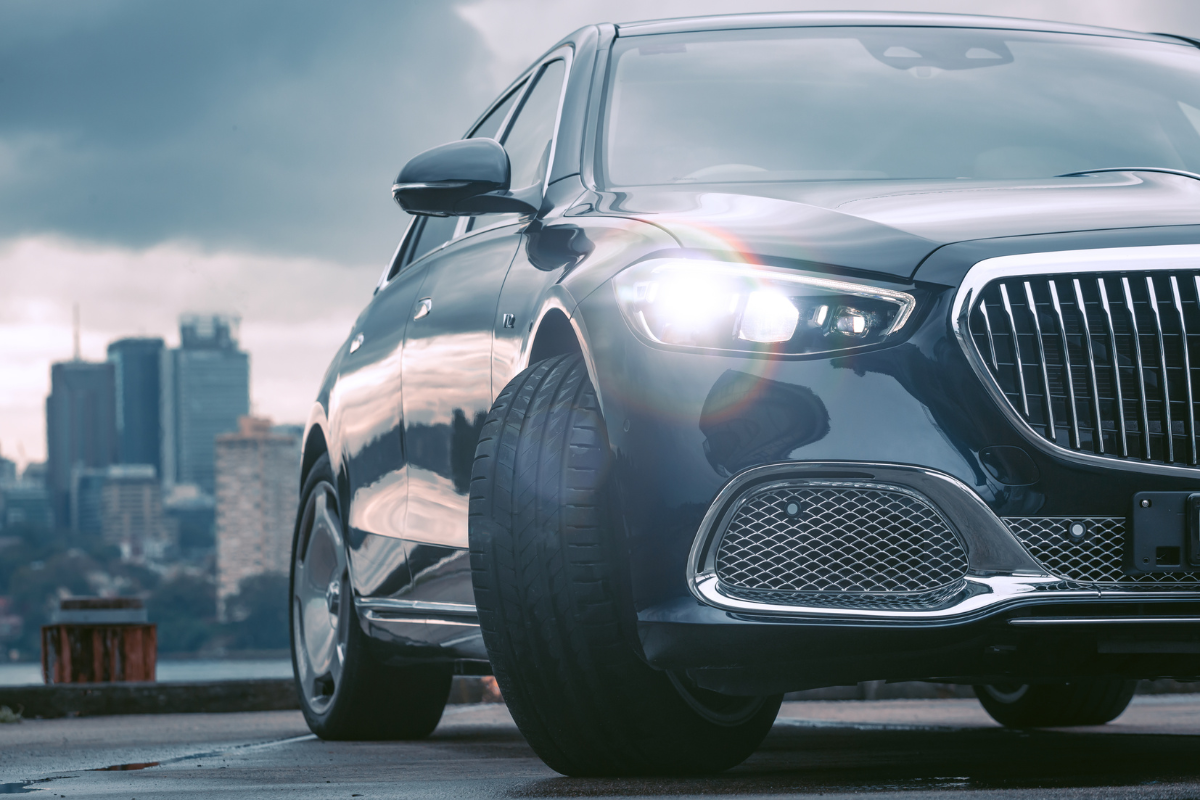 Cars often make me laugh, snort, chunter, rant, rave and shout, but it’s a rare vehicle indeed that makes me weep, so it’s safe to say that the Mercedes-Maybach S 680 is something special.

Now you might expect me to say something cruel at this point: that the design of the wheels made me cry, because they’re so bilious, or that I hated the bulbous, grandiose exterior in general so much that tears of rage welled up.

It would have been quite reasonable for my eyes, and wallet, to have pricked with tears when I discovered that the price was a whopping US$374,000, but that wasn’t it either.

No, the Maybach made me cry because it has the most deeply moving sound system my body – not just my ears, I mean my whole being – has ever experienced. The 1,750-watt Burmester 4D system has 38 speakers, including eight ‘bass shakers’ built into the seats, which really are game-changing.

These ‘exciters’ create that fourth dimension of sound, vibrating not just all of the air in the incredibly soundproofed and noise-canceling cabin, but your entire skeleton and all of the wobbly bits around it.

I wept – so much so that I had to pull over – because I am the kind of soppy sap who cries at concerts, who can be so moved by music that it shakes my very soul. And I also cried for the lost innocence of the young boy I used to be, who used to listen to that particular song (‘Telegraph Road’ by Dire Straits, if you must know) and live every single note.

“I wept – so much so that I had to pull over – because I am the kind of soppy sap who cries at concerts, who can be so moved by music that it shakes my very soul.”

For me then, this Maybach was pure unadulterated and expressively loud joy on wheels. It was genuinely difficult for me to evaluate it as a car, because every time I drove it I was in such a happy place that I just loved being alive.

The other problem was actually driving it, because it spent most of the week parked in front of my house as I, and everyone in my street, sat in it to experience those speakers.

One couple brought a bottle of champagne and camped out in the absurdly luxuriant and hugely reclining rear seats, which feature Maybach-emblazoned throw pillows, duck-down headrests and heated and cooled cup holders (yes, they will fit a champagne bottle and keep it cool).

It’s so much like flying business class back there that it even has two fold-out tables so you can work, and it became my office for a couple of days.

I drove the Maybach S 680 so little, in fact, that I felt bad about it and asked if I could borrow it for another week (OK, yes, partly this was because I’d thought of another dozen songs I absolutely had to hear through the stereo).

What the people in the back miss out on are the massage seats you get up front, which offer a hot-stone back rub, among other wonders. 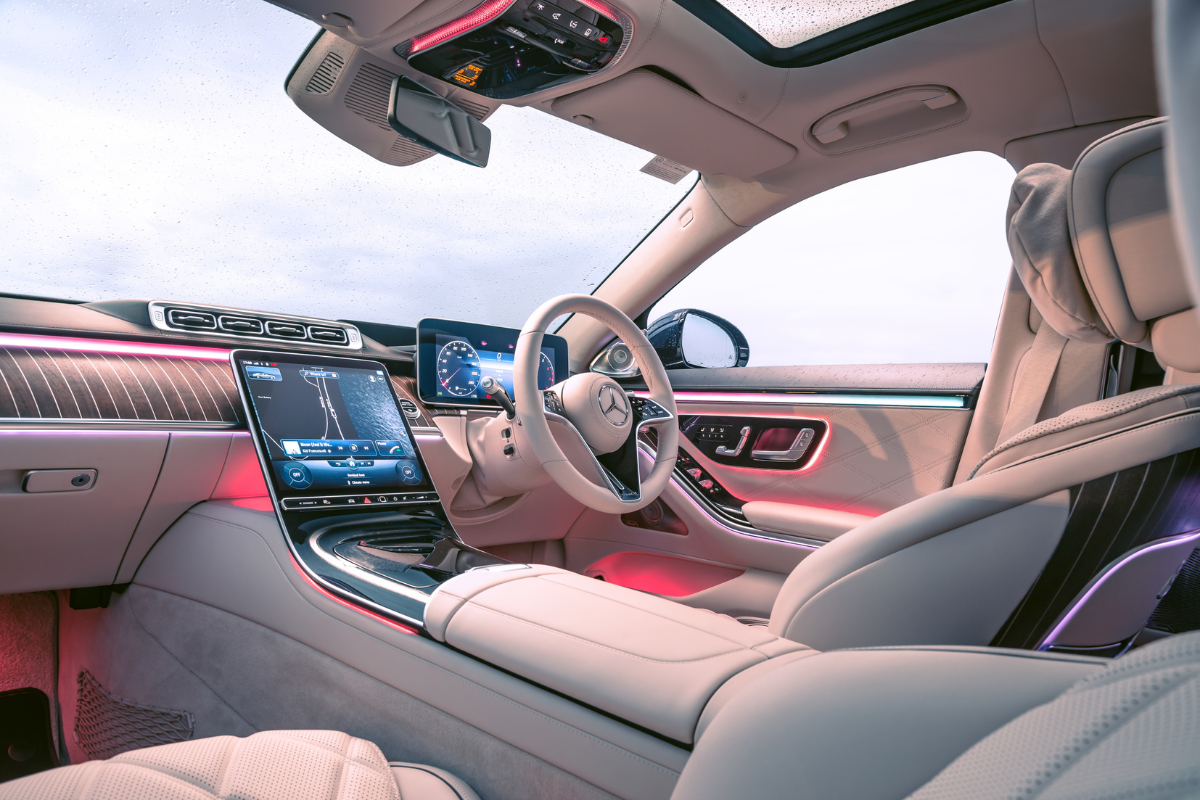 It took me a while, but I eventually deduced that the only way to properly review this car was to turn the stereo off, which seemed like a criminal waste, but hey, these are the sacrifices I make for you, dear reader.

What’s incredible about this massive Maybach – it’s 5.5 meters long, so significantly bigger than a Toyota LandCruiser, and weighs 2,255 kilograms – is that even without any distractions, you genuinely can’t hear its vast 6.0-liter twin-turbocharged V12 doing its work.

Never has a V12 been so polite and refined – it’s like meeting a professional UFC fighter and discovering that he has soft hands, a kitten-like handshake and speaks Latin.

There is plenty of power on offer, of course, some 463 kilowatts and 900 newton-meters of it, but it never feels urgent, just potent. Firing the Maybach from a standing to start to 100 kilometers per hour in just 4.5 seconds seems a little inappropriate, and even irrelevant, but you have to try it to believe it’s possible.

The Maybach does have a Sport mode though, presumably for when the CEO in the back is running very late for his flight, and it really is an impressive bit of engineering.

“The Maybach does have a Sport mode though, presumably for when the CEO in the back is running very late for his flight, and it really is an impressive bit of engineering.”

Most of the time, the S 680 just glides over the Earth’s surface, barely interacting with the road – indeed, it can even glide over brutal speed bumps as if they’re not there – but in Sport mode this luxe limousine somehow hunkers down and gets serious.

Firing it up one of my favorite bits of winding road, I was stunned at how it could get all of its bulk and length through sharp bends, and even changes of direction, with such alacrity. The suspension, despite being marshmallow soft the rest of the time, makes you feel connected to the road.

The steering provides reasonable if not muscular feedback and the overwhelming sensation is one of how surprisingly easy this thing is to drive at pace. The four-wheel steering, which also makes it slightly easier to park, no doubt helps with the handling.

Push it really hard and you can even, almost, hear that big, soon-to-be-extinct V12 engine clearing its throat. Most of the time, it’s used merely to make acceleration and overtaking feel entirely effortless, but it can get up and dance if you really want it to. 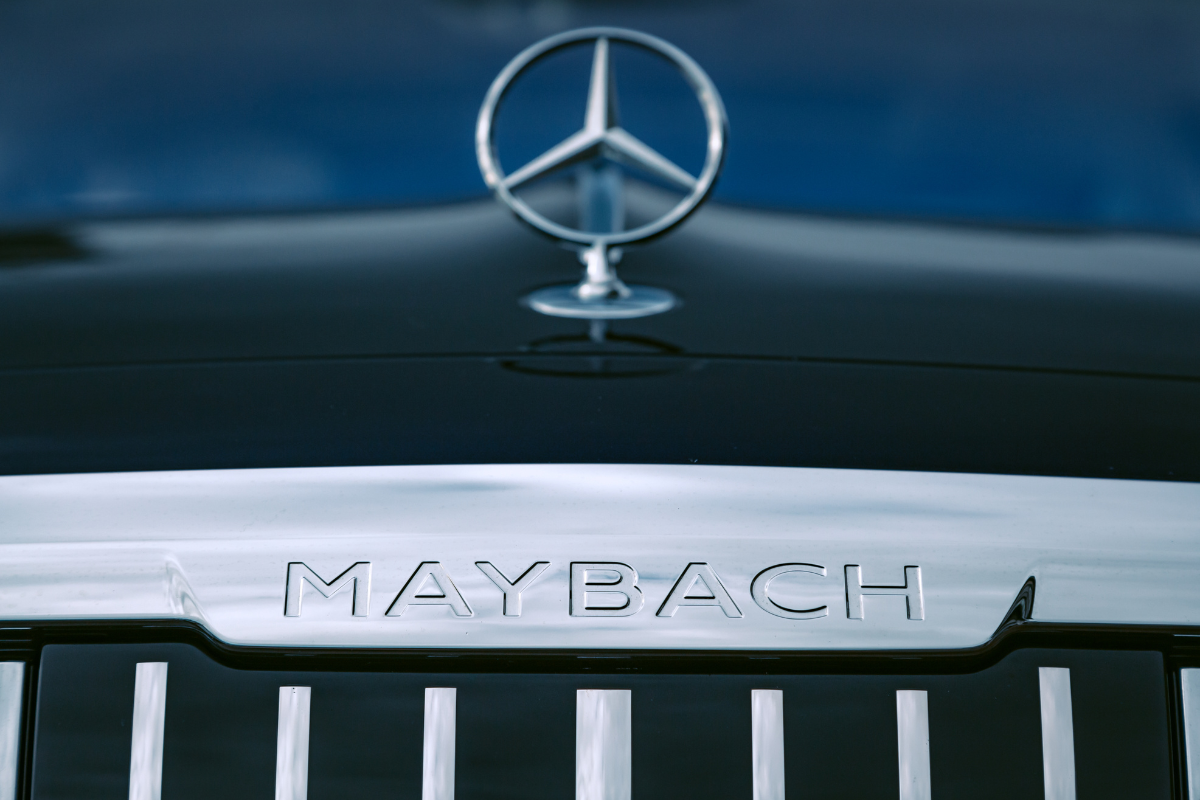 What is confusing about this vehicle is its sense of identity: is it a Maybach, a grand old brand with the heritage and gravitas to at least attempt to take on Rolls-Royce, or is it a Mercedes with nicer badges, bits and bobs?

This should be an easy question to answer but the problem is the mixed messages: the steering wheel bears a three-pointed star, but the impressive puddle lights at night paint the ground with the impressive Maybach logo.

There’s a mix of badges and messages all around the car. The fact that it’s called an S 680 suggests that this is just an S-Class Benz in a very nice ball gown – albeit one that costs US$156,000 more than the priciest Mercedes. The most notable thing is that the hood ornament is a Merc one, despite the fact that a Maybach emblem would look so much more impressive.

Yes, I’m probably worrying about something that wouldn’t bother an owner at all, but then they’re just going to be driving around in a cocoon of sonic joy all the time, so nothing will bother them.

Read next: Behind the wheel of the Maserati Driving Experience