The Monaco Grand Prix is about much more than fast cars

As impressive as the F1 action is, it’s the harbour of Monaco, with its billions of dollars’ worth of boats berthed, botoxed-cheek to botoxed-cheek, that blows your mind. 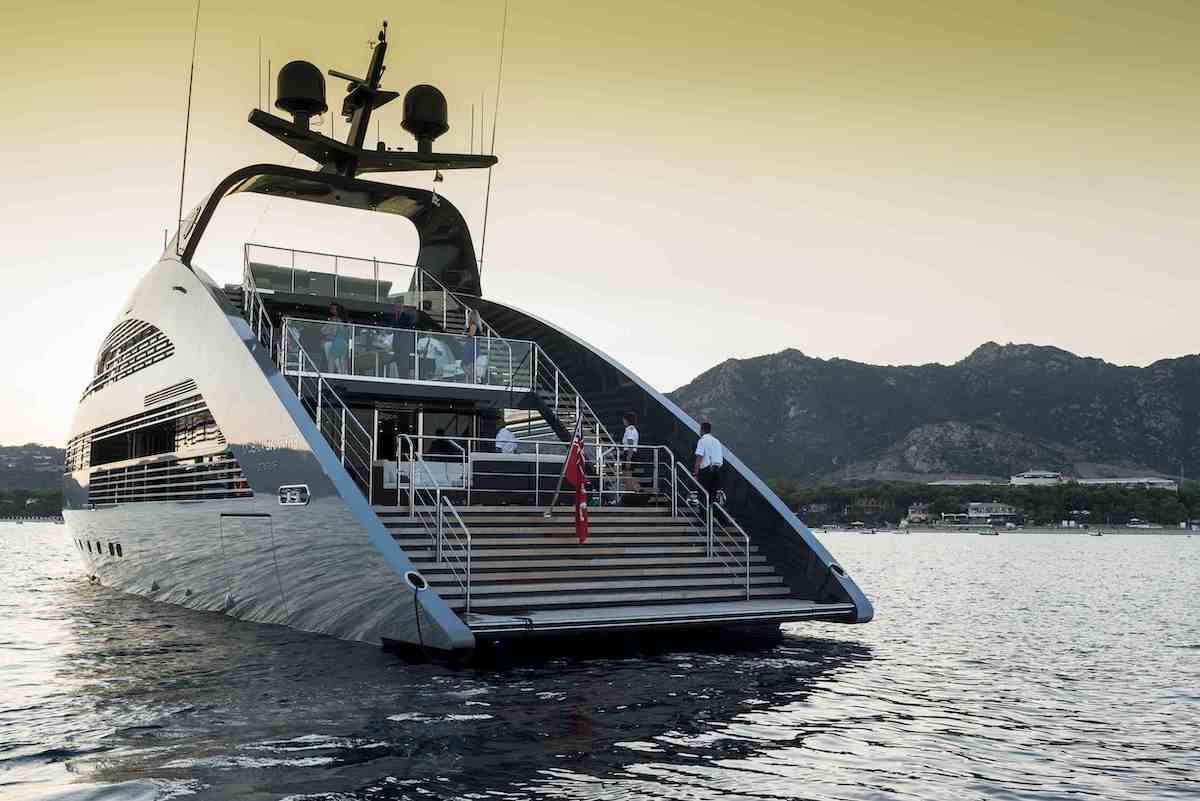 Much is made of the mad-man daring and precision-perfect skills of the Formula One drivers who tackle the world’s toughest track at the Monaco Grand Prix every year, but when you’re there it’s hard not to be in almost equal awe of the superyacht skippers.

How can such vast craft even float is your first question, and then, how on water does someone park them so close together?

Never, anywhere, is more money gathered in one place for one weekend than for the Monaco GP. If a tidal-wave surge took out the city, the global stock market would fall in a hole.

Never, anywhere, is more money gathered in one place for one weekend than for the Monaco GP.

At any other event on the high-class calendar of Formula One, a corporate box is the place to be, but at Monaco that would mark you out as a second-class citizen. The only place to watch the race is from the deck of a superyacht, and all the world’s biggest and best are assembled here.

In Monte Carlo, of course, money can get you anything, and the hulking bouncers manning her gangplanks will offer to get you on board for a few champagnes for €250 (A$404).

While it feels like the kind of place where you need to be fabulously wealthy enough to own, or at least rent, your own giant boat (or know someone who is), there is another way.

Fortunately, you can spend the weekend on a 135-foot (41-metre), three-deck superyacht – Ocean Sapphire – sipping the sweetest cocktails and being swamped with fine food, and surrounded mostly by other Australians, for just A$5,500 (plus flights).

Ultimate Driving Tours offers this Monaco experience, which this year started on the Thursday night of race weekend with a dinner with F1 legend Mark Webber on the boat, followed by a carnivale-like cocktail party on the Friday and then a whole weekend of soaking up the highest of high life while the race goes on in the background. 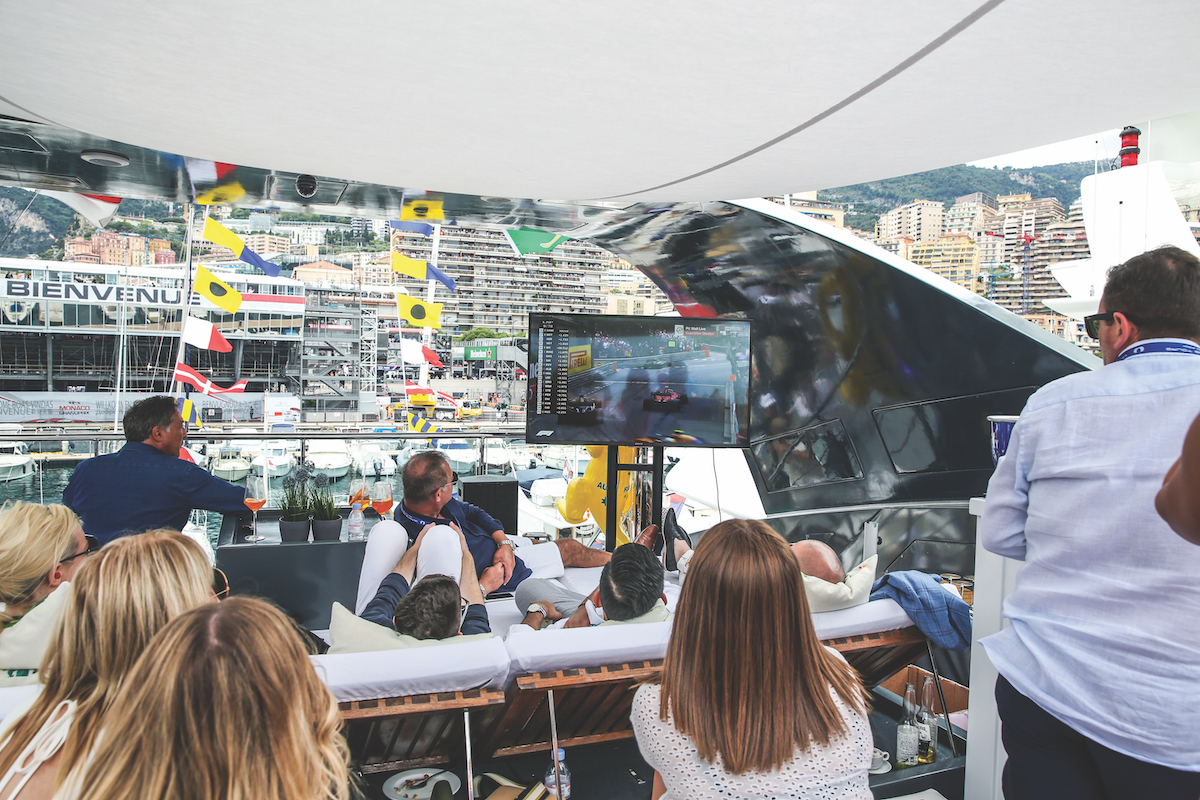 While a very few lucky superyachts manage to park their enormous behinds right on the edge of the famous street circuit – which has been hosting spectacular grands prix for 90 years – so that you can see the cars flashing past in a blur without ever touching dry land, most boats offer what a real estate agent would call track “glimpses”.

But you can certainly hear the ferocious caterwauling of the cars as it bounces off the beautiful buildings of this luxurious enclave.

Fortunately, Ultimate Driving Tours has circuit passes and even grandstand seats on hand for those onboard who want a closer look (many don’t bother, finding the superyacht far too comfortable and cosseting to leave).

Monaco’s biggest weekend of the year might be notionally about the cars, but really it’s all about the boats.

When you do get up close, Monaco really is an experience unlike any other circuit. From watching it on television, you know that the cars run dangerously close, at insane speeds, to the hard steel edges of this track, but when you stand next to the road, it seems far more frightening, and hugely more impressive.

You don’t just see a Formula One car go past; you feel the enormous energy of it as it hammers its way through the air in front of you. And you can really appreciate, particularly as they come through the famous swimming-pool section at 225km/h, just how brave/crazy these drivers are. 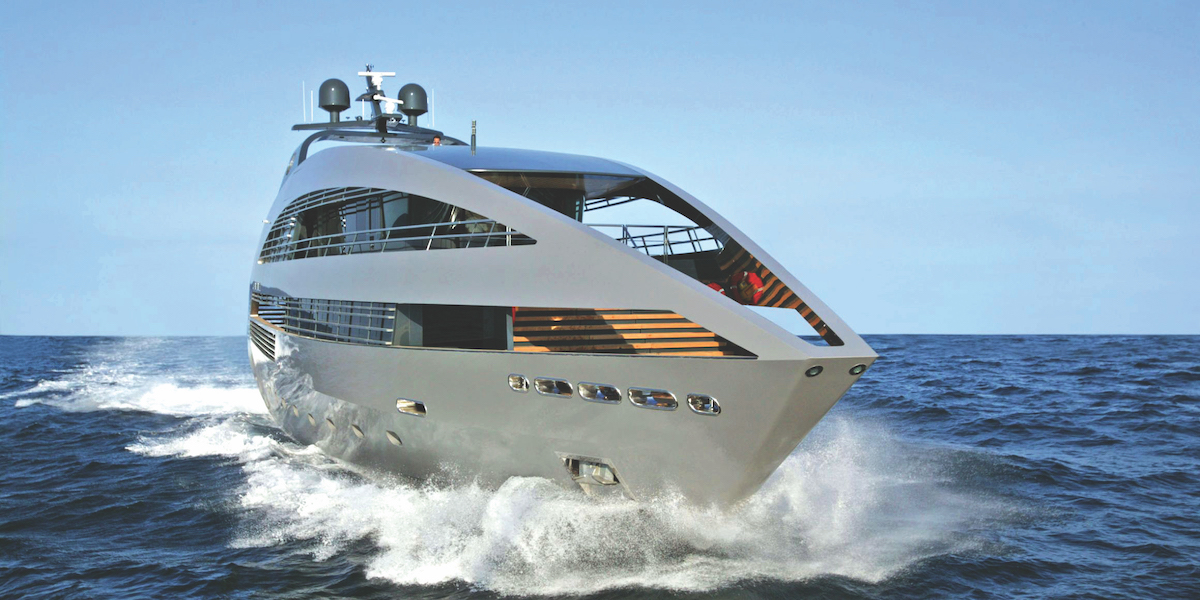 Indeed, you start to notice that they don’t just come within millimetres of the barriers, they regularly kiss them. Although ‘kiss’ is probably the wrong term – imagine someone enthusiastically shoving your lips into a piece of metal, because that’s more like it.

In the same way that many people who attend the racing carnival at Flemington each year don’t actually see a horse, there’s a definite sense at Monaco that the actual motor sport is a flashy excuse for a cash-flashing weekend out.

If you multiply the number of horses on track in Melbourne for the Cup by the number of horsepower on track for a Formula One race, you can also magnify the size and scope of the partying by the same factor, and that will give you some idea just how debauched and spectacular the atmosphere is here.

Monaco is above and beyond any other form of motorsport, or sport for that matter, and it is also unique because, at the end of each day, the track is opened to the public, not just so they can walk on the hallowed ground, but so they can turn the circuit itself into a giant street party. 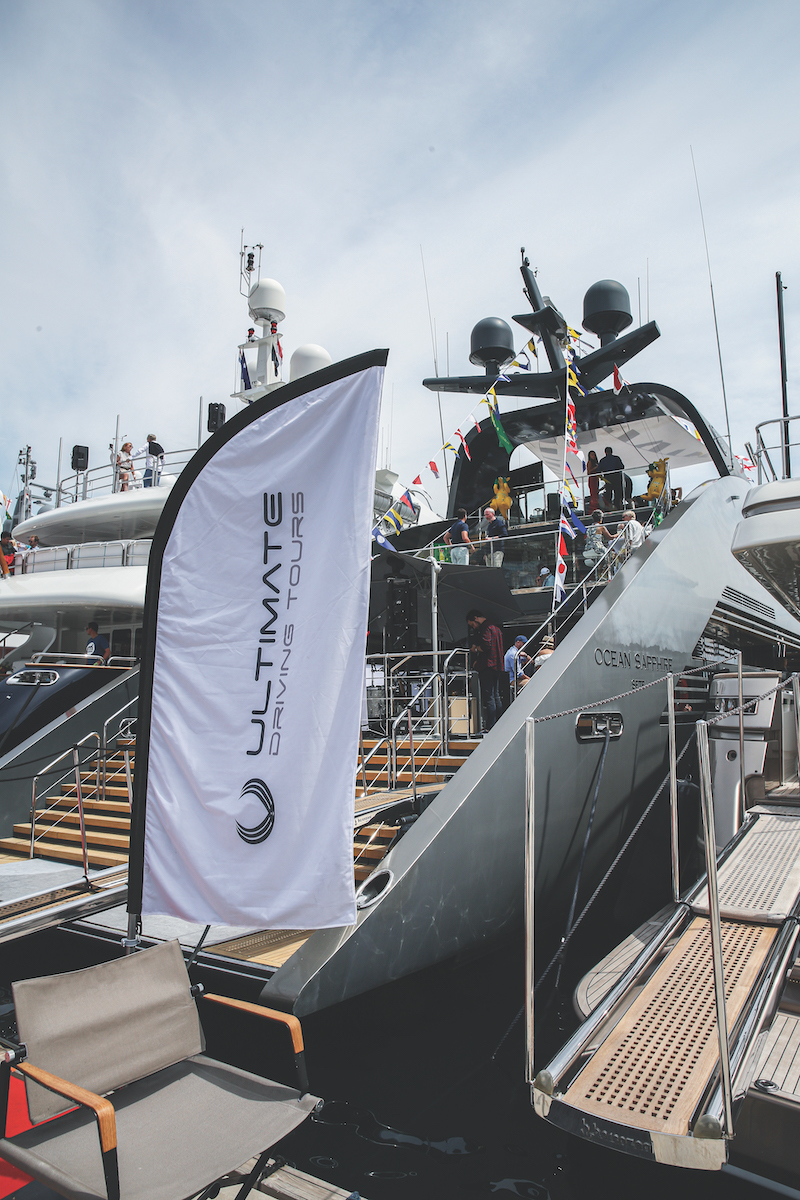 The area in front of the pits, for example, becomes a giant rave, while one of the most famous corners on the track, Rascasse, turns out to be a night club, where you can rub shoulders not just with the well-lubricated rich and famous, but with race marshals, still in their bright overalls.

How they manage to clean up the broken glass and other detritus from Saturday night in time for the race to start on Sunday is a miracle.

Truly, though, Monaco’s biggest weekend of the year might be notionally about the cars, but really it’s all about the boats.

You stare at them, open-mouthed, wondering at how they don’t run into each other as the harbour becomes as busy, with expensive, darting, pleasure craft, as a mall’s multistorey car park on Christmas Eve.

Being on a boat like Ocean Sapphire, of course, is one of those experiences that makes you feel truly blessed to be alive. It’s not a bucket-list tick, it’s too special for that, it’s more like a Krug Champagne bucket list.

And then there’s the camaraderie that develops between you and your superyacht neighbours, which ends, most days, with you visiting other boats, some with onboard jacuzzis, others with movie cinemas, all filled with people who look like they are having the time of their lives.

As Anthony Moss, owner of Ultimate Driving Tours, explains, you can watch Monaco from a grandstand, a corporate box, or one of the hugely expensive to rent apartment balconies that line the circuit, but none of them feel as special as being on a big, glorious boat.

“We’ve been doing it for seven years, and we’ve got customers who’ve come along four times – as people say to me, it’s a once-in-a-lifetime experience, which you need to do every couple of years,” he says.