Taking it to the street: Everything you need to know about the Monaco GP

The Monaco Grand Prix is the ultimate test of man and machine, both the crucible and the shining crown jewel of the F1 calendar. Here’s everything you need to know about the 2019 event. 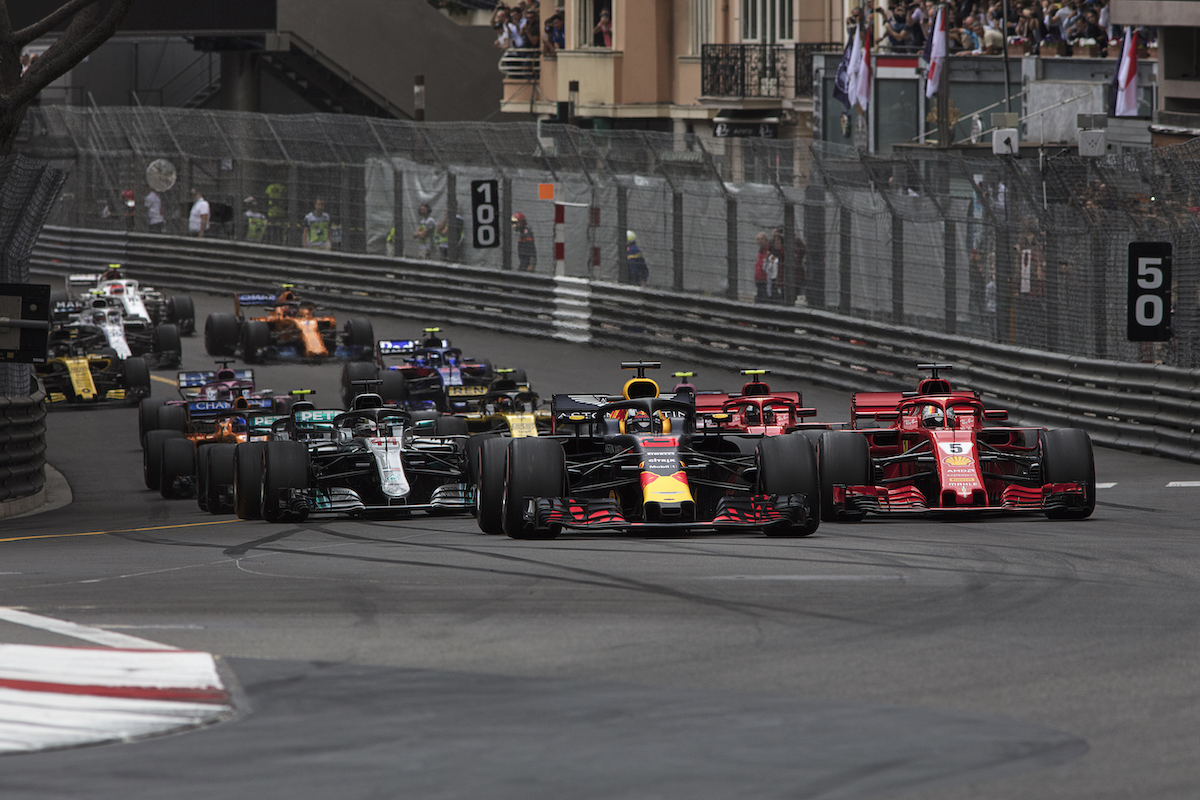 Devotees of motorsport have dozens of idols and multiple Meccas, but there is only one Monaco, and it’s the host for this week’s tensely poised round of the F1 circus.

Strictly speaking, the circuit that runs a ribbon around the streets of the plutocrats’ paradise is not the best race track in the world – overtaking is notoriously close to impossible for a start.

But it is at Monaco, more than anywhere else, where Formula One is at its most death-defying, where to watch it is to be overwhelmed by the bravery and skill of drivers with almost super-human talents.

There’s a moment in the brilliant recent Netflix series Formula 1: Drive to Survive where Max Verstappen is lapping Monaco at absurd pace, millimetres from the wall at speeds of up to 290km/h.

With the camera positioned above his head, it is frighteningly clear that he can’t see through most of the corners at all. He just drives frantically at a metal barrier, brakes as if he’s in a crash, and hurls his car fearlessly to where he hopes there’s a clear bit of track ahead.

You can’t help thinking, while watching this lap from 2018, ‘How can he do that?’ And then suddenly he’s not doing it, because he’s had a huge crash into one of those barriers after making the tiniest of mistakes. 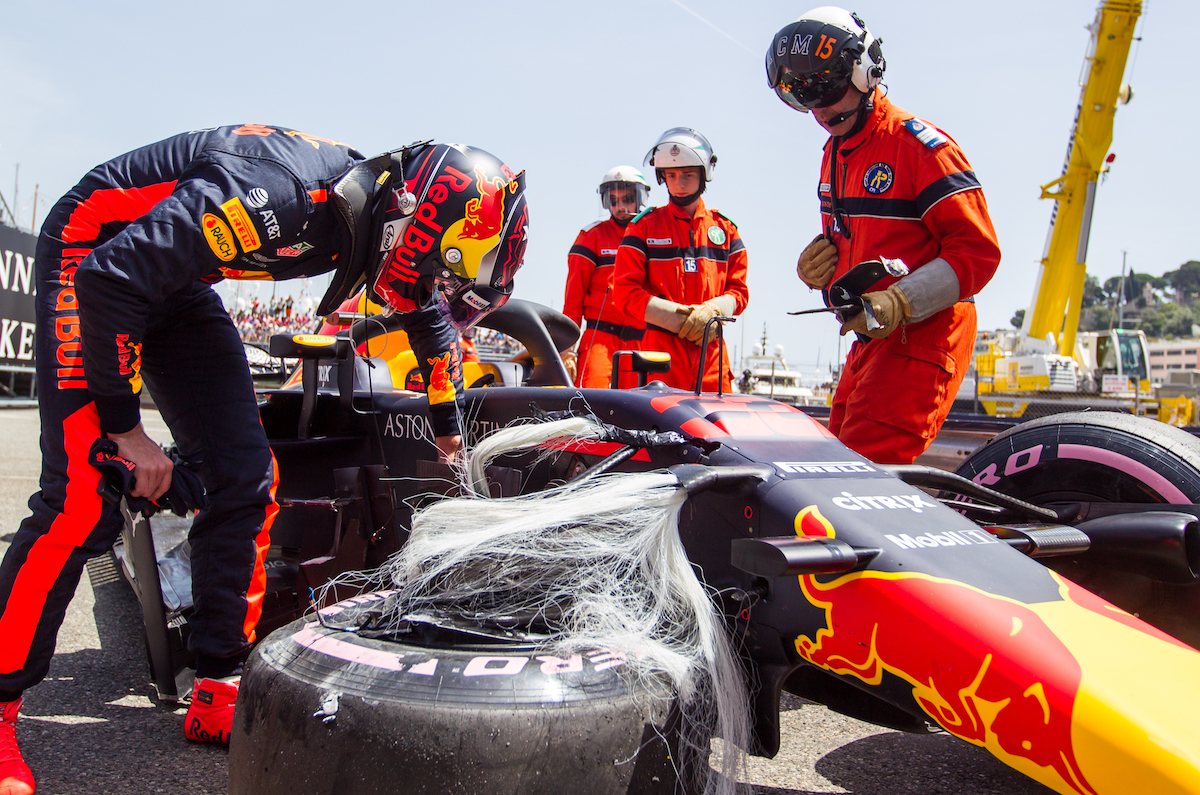 Any normal human being would take a week off, to lie down in hospital. The next day, Verstappen set the fastest racing lap ever around the Monte Carlo circuit (see Behind the scenes at the Mercedes–AMG F1 Facility to find out more about these superhumans).

The race, however, was won by Australia’s Daniel Ricciardo, Verstappen’s teammate, who had, against the odds, put his car on pole position the day before.

In a season dominated by the Mercedes-AMG team, which was only occasionally matched for speed by Ferrari, it was a phenomenal effort by the hugely talented Australian, who has since left Red Bull for the mid-field Renault team (which is paying him almost A$50 million a year without much hope of good results).

“I’m actually really curious to go to Monaco, I’m curious to see how it all feels,” he said. “I’m excited to go back there because I’ve always loved it.”

Ricciardo was good enough to set the most important pole lap of the year last time – 90% of Monaco races are won by the person who gets to the first corner at the front of the field, and the pole sitter has got there first every year since 2002 – but this year, his car almost certainly won’t be fast enough to match his talents.

90% of Monaco races are won by the person who gets to the first corner at the front of the field.

Verstappen, however, still just 21, could become one of the youngest pole sitters ever at the famous circuit, which has been hosting Grands Prix since 1929.

He certainly has the talent for a ballistic single-lap effort – the kind that effectively make Saturday, and qualifying, the most intense part of this weekend, and one of the most thrilling sessions of the year.

As crazy as it looks to us, the drivers love the challenge, according to Pierre Gasly, who joined Verstappen at the Red Bull team this year as the replacement for Ricciardo.

“For me, it’s my favourite track in qualifying,” Gasly, 23, explains. “It’s the one lap with the most adrenaline; you’re so close to the wall and trying to extract everything you can. The race there is 95% qualifying. You need to really make sure you nail everything in that lap.” 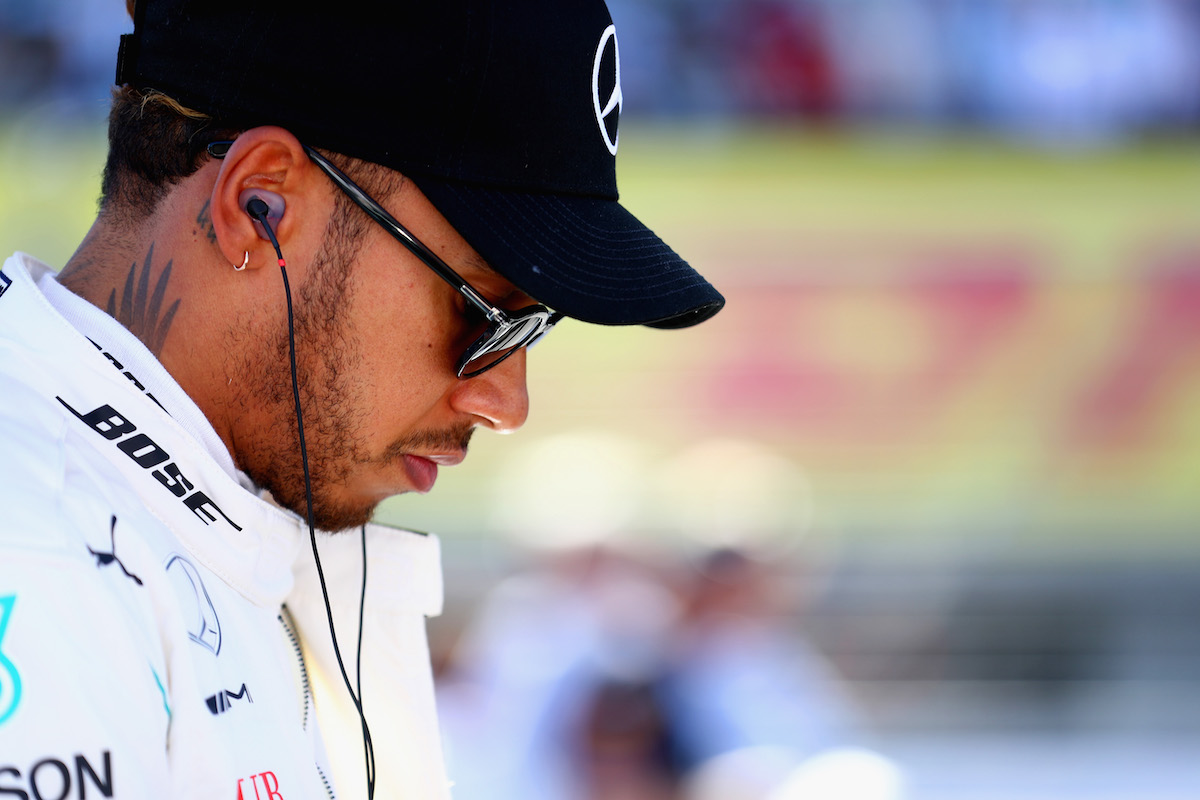 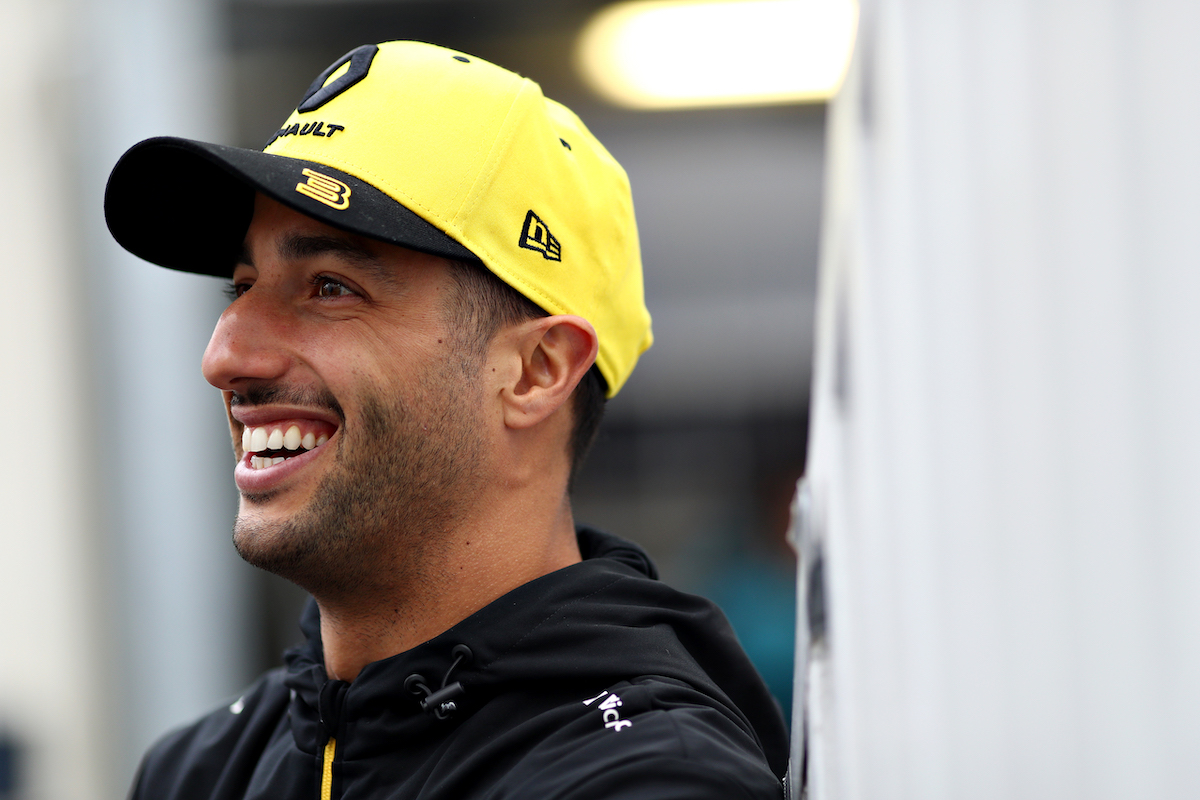 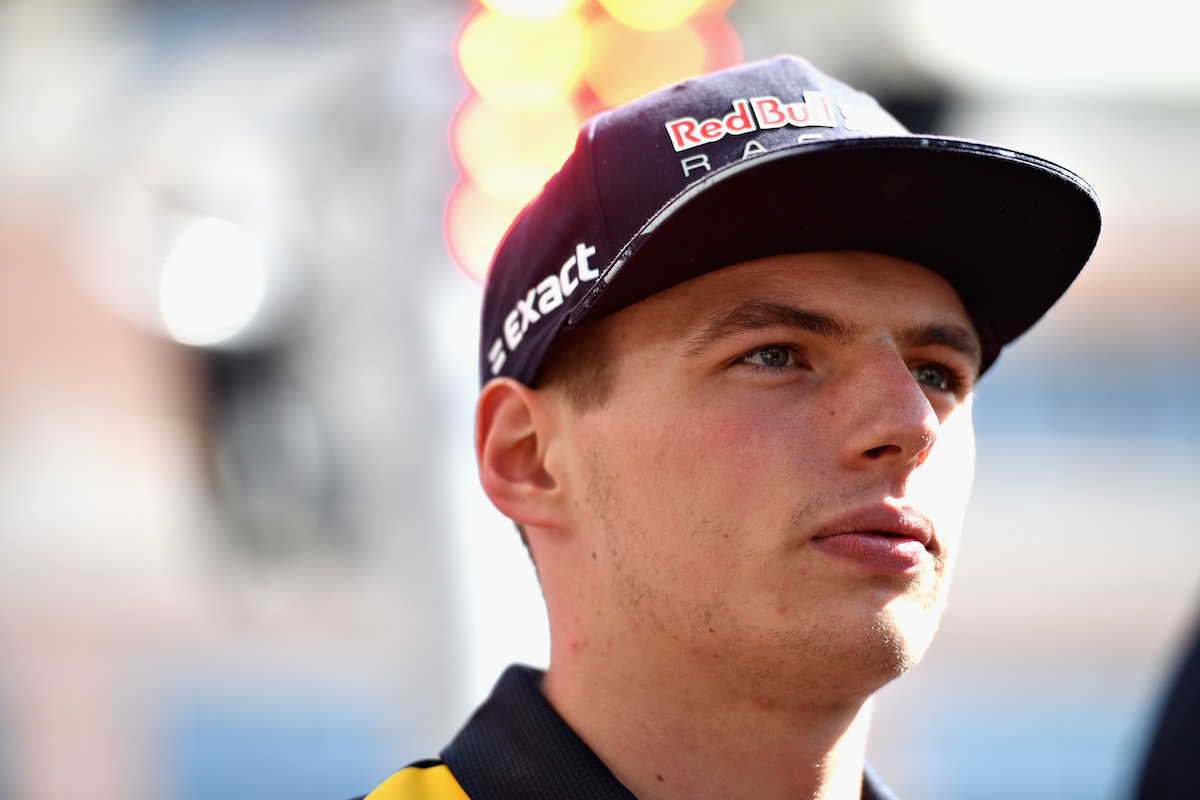 Realistically, this year’s race is most likely to be won by either Lewis Hamilton or his Mercedes-AMG teammate Valtteri Bottas.

The pair have absolutely dominated this season, with no less than five one-two finishes between them (more than Ferrari has managed in the past 10 years), and Bottas seems to have the wood on Hamilton in qualifying recently, beating him to pole in the past three races.

Sadly, the Finn’s form in Monte Carlo is not good. He’s raced there five times and never once made it to the podium, let alone won the race (Ricciardo, on the other hand, has been in the top three four times, and clearly loves the place).

Hamilton, then, in what is clearly the fastest car in the field – he’s won three races this year, compared with Bottas’s two, and leads the world championship – should win.

The two drivers who would contest that are Ferrari’s Sebastian Vettel and local boy Charles Leclerc, who grew up in the principality.

The 21-year-old Leclerc has been extremely impressive this season, outpacing his far more experienced teammate on several occasions, and this is just his second race at Monaco. Don’t be surprised if he pulls pole out of the bag with something special on Saturday.

Vettel, a triple world champion, has won here twice before and his experience will surely come in handy on a track you really need to have loaded into your muscle memory to succeed at.

Ferrari has also been nipping at the heels of Mercedes, in terms of pace, and at each of the past four races it has threatened to do damage, but not quite got there.

Could this be Ferrari’s weekend?

The thrill of the event

From a viewer’s point of view, of course, every day of the Monaco Grand Prix is a thrill to watch, from the practice sessions on Thursday (a unique schedule, it’s Friday everywhere else, but Monte Carlo manages to add an extra day to its biggest party of the year) and Saturday, through the heightened tension of qualifying and then the race on Sunday.

Seeing all the drivers attempt to survive the circuit, with the constant possibility that a car might be parked just in front of that next blind corner, certainly raises the tension.

And, in their dark heart of hearts, most motor-racing fans would have to admit that the crashes are part of the fun, and when they happen within the steel-ringed street circuit at Monaco, they are always spectacular.

Then again, of course, everything about the Monte Carlo event is eye-popping, as 200,000 F1 fans, many of them rich enough to arrive on superyachts, or at least helicopters, swell this tiny little coastal city, population 38,000.

Monaco is the ultimate Formula One event, not just for its history, its danger and its skill, but because it is the sport at its glitziest.

Making all that glamour possible, of course, are the drivers, who will change gear more than 3,600 times during the 90-minute race, and subject their bodies to up to 5G of strain, as they smash their cars down from 250km/h-plus to just 50km/h for the slower corners.

It is the ultimate test of man and machine, both the crucible and the shining crown jewel of the F1 calendar. To reach the pantheon of driving gods, you must win here – Ayrton Senna won six Monaco GPs, and Graham Hill and Michael Schumacher five each.

This weekend, we will see who can join those storied names on the list of Monte Carlo greats. And a hell of a party will go on to celebrate, no matter who wins.